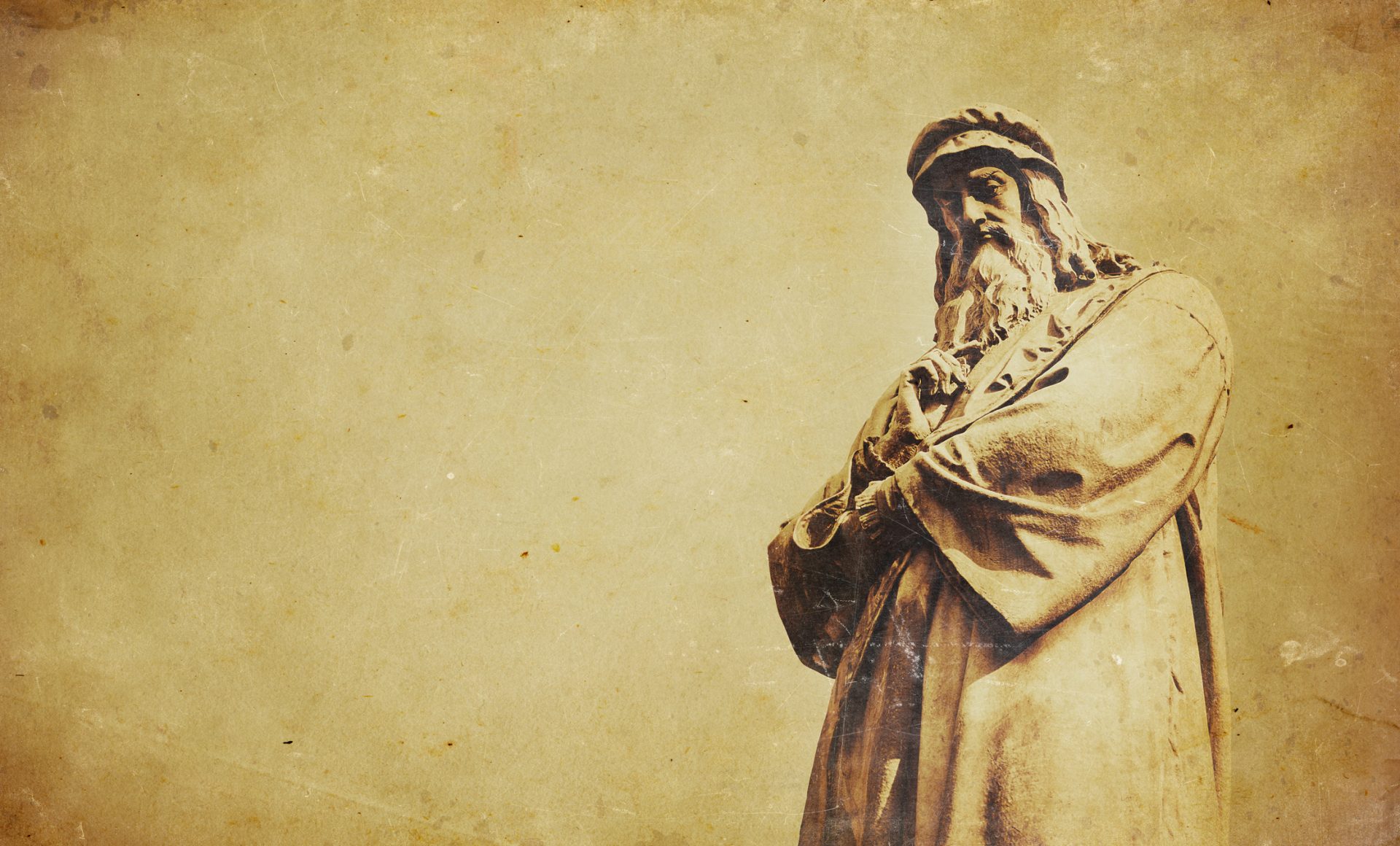 That the Czech Republic is a country rich in original creations and ideas is illustrated by a long list of various inventions ranging from lager to contact lenses to sugar cubes, just to name a few. With its ‘Simply Clever’ solutions, ŠKODA is proud to continue this legacy of innovative thinking.

What does a pint of Pilsner lager have in common with contact lenses? Other than pleasantly altering your view of the world, both are Czech inventions, just as sugar cubes, snap fasteners, the plastic explosive Semtex, and others are. However small the Czech Republic might be in size and population, this is a country rich in ideas and innovation. ŠKODA is proud of sharing and continuing that tradition in the world of motoring.

When Leonardo Da Vinci first thought of contact lenses as an aid for the weak-sighted, he couldn't foresee that it would take another 400 odd years and the ingenuity of a Czech chemist to turn his idea into reality. And yet, it was Otto Wichterle (1913-1998), who had the insight that created a path to the soft contact lens as we know today. His paper "Hydrophilic gels for biological use", published in 1959 in the journal Nature, delivered the breakthrough in the quest extending through half a millennium.

However, it was a US company which turned the idea into an economic success after buying the rights to produce the lenses in the mid-1960s.

Although Professor Wichterle's merits are undoubted, there has been some dispute on another invention attributed to a Czech scholar by his fellow countrymen: the lightning conductor. While internationally regarded as the brainchild of Benjamin Franklin, Czech science historians often cite the 18th century Catholic priest, theologian and natural scientist Prokop Diviš (1698-1765) as the original inventor.

The fact is both inventors built apparatuses conducting the electricity from lightning strikes to the ground around 1750.

However, Diviš’s design was merely a by-product of his search for a weather-machine that would enable man to influence the local climate. Needless to say, he didn't succeed. He even evoked the anger of the peasants in his parish when a drought threatened their harvest. The farmers accused the tinkering priest of having caused the problem and eventually destroyed his machine.

Almost 300 years later, there's still not too much you can do about bad weather but instead of trying to change the climate, we can find better ways to adapt to it. ŠKODA offers a number of ‘Simply Clever’ gadgets that will keep motorists safe and dry, no matter how harsh the weather may be.

If, for example, on a cold winter morning the windshield is frozen, there's no need to search the car for an ice scraper - or any other object that would do the job; there is an ice scraper stored in the lid of the fuel tank which comes in handy whenever the temperature drops.

As for rain, the common way to keep from getting soaked is to carry an umbrella. What if the day started so dry and sunny, you didn't think of taking one with you? The people at ŠKODA have asked themselves the same question and found a ‘Simply Clever’ solution; a handy little umbrella, designed especially for the car, slots smoothly into a special holder in both front doors. Pull it out as you leave the car and pop it back into its slot on returning.

Don’t worry about the raindrops left on the fabric, it drains away without you even noticing. Keeping the umbrella in its place, you’ll never have to worry about rainy days again. 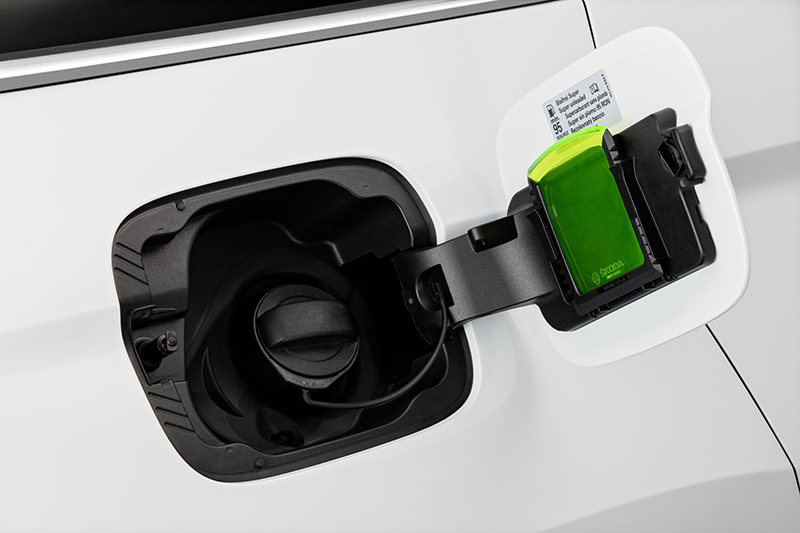 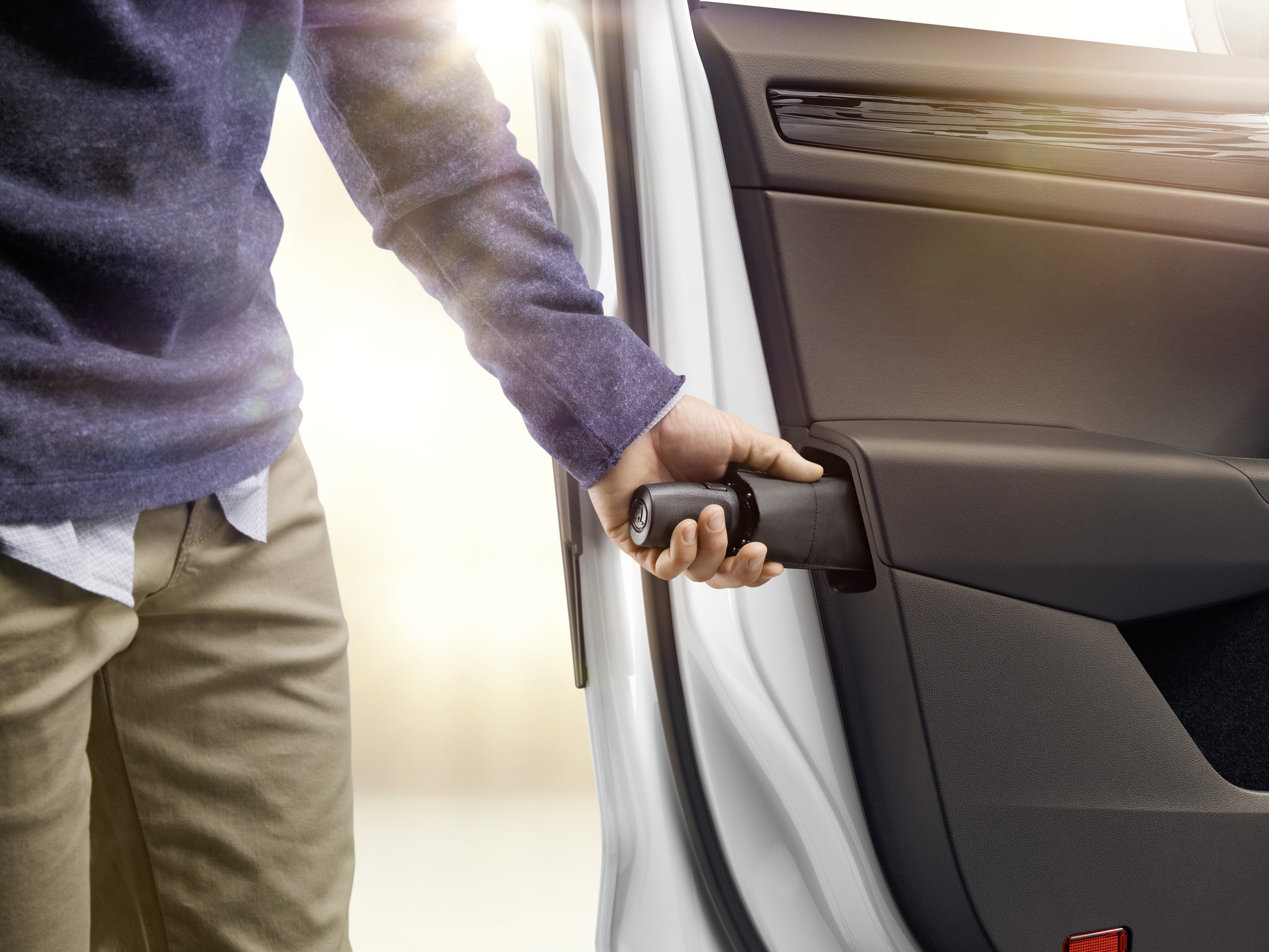 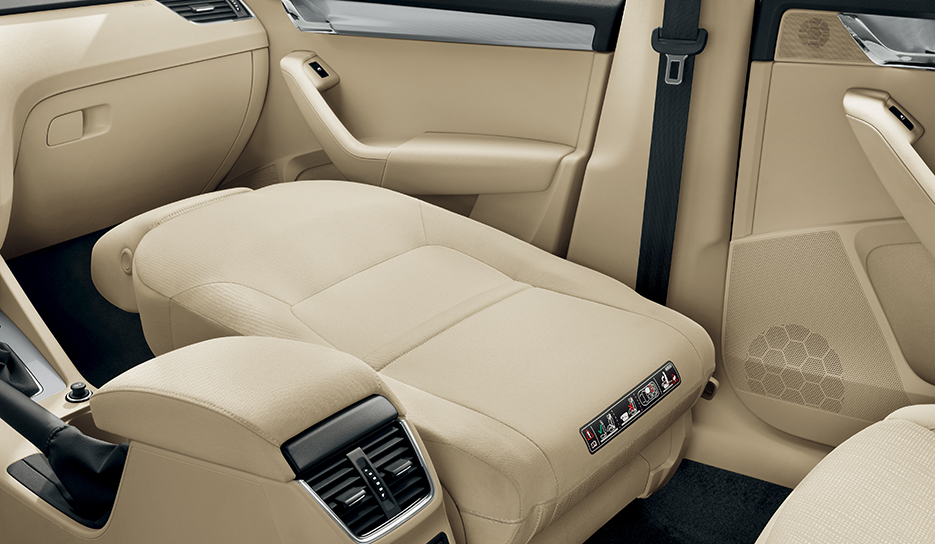 As little as you can do about the climate conditions outside, the air conditioning inside the car keeps a weather god on your side. With the ‘Simply Clever’ approach, the system not only allows you to regulate the temperature and humidity, but also serves as a perfect cooling device - be it for beverages or tablet computers stored in the Jumbo Box within the arm rest between the two front seats.

If on a long trip you need your drink in reach, the Easy Open Cup Holder with its adhesive rubber base will safely keep any drinking vessel in place so you can easily open and close it with one hand.

Other handy features are the LED torch placed in the trunk and the safety vest kept in a special holder underneath the passenger front seat, easily taken out for use in case of a breakdown or accident. This front seat, by the way, is completely foldable, providing even more storage room to this textbook example of a family car. 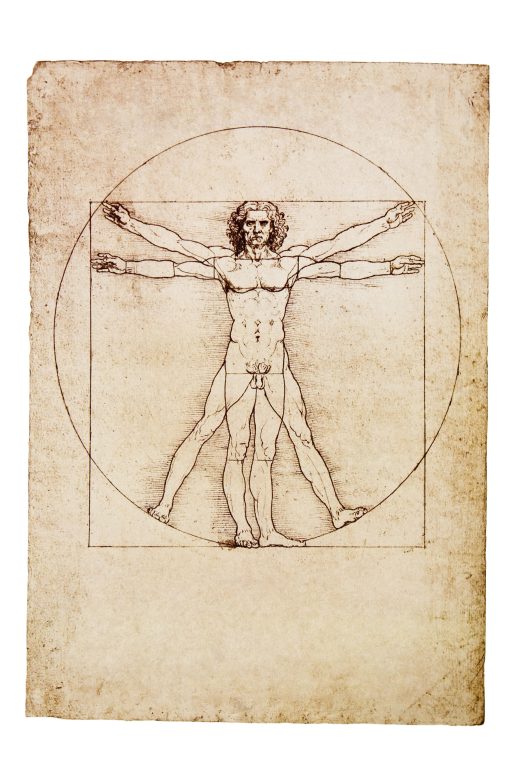 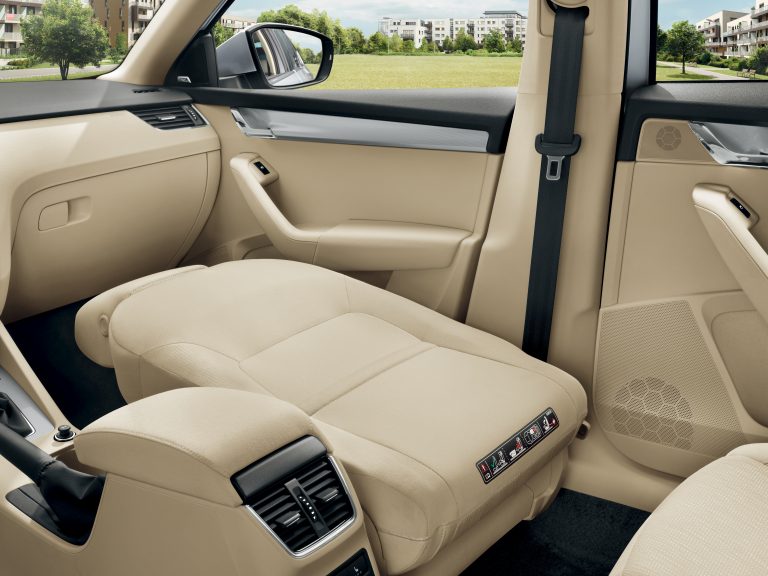 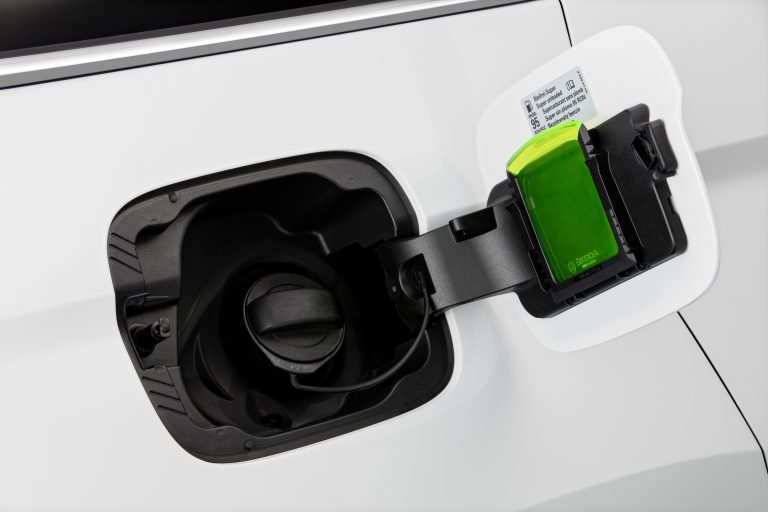 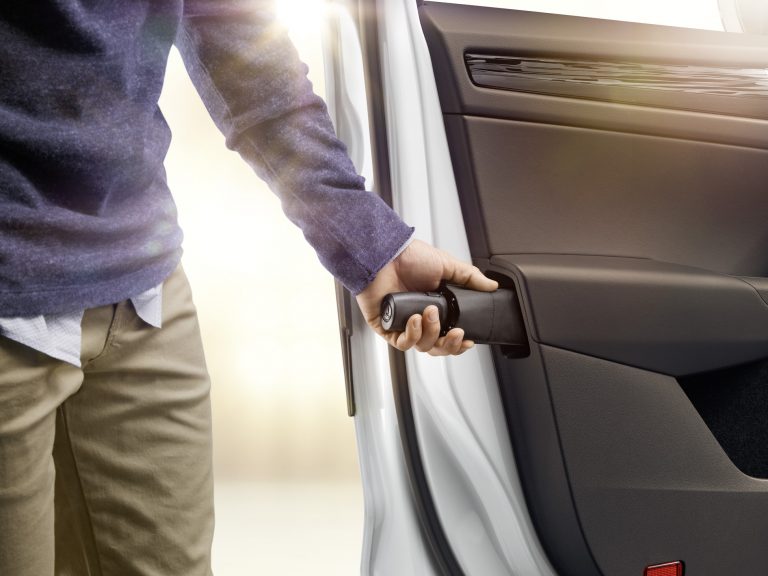 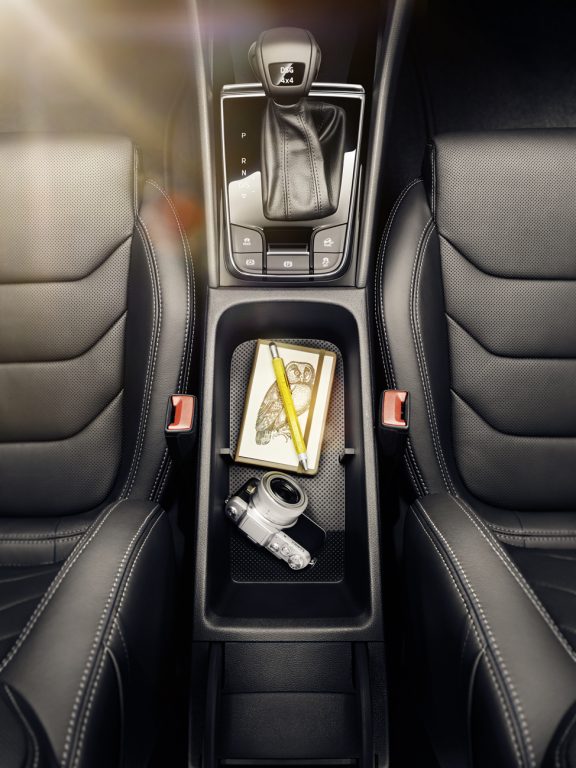 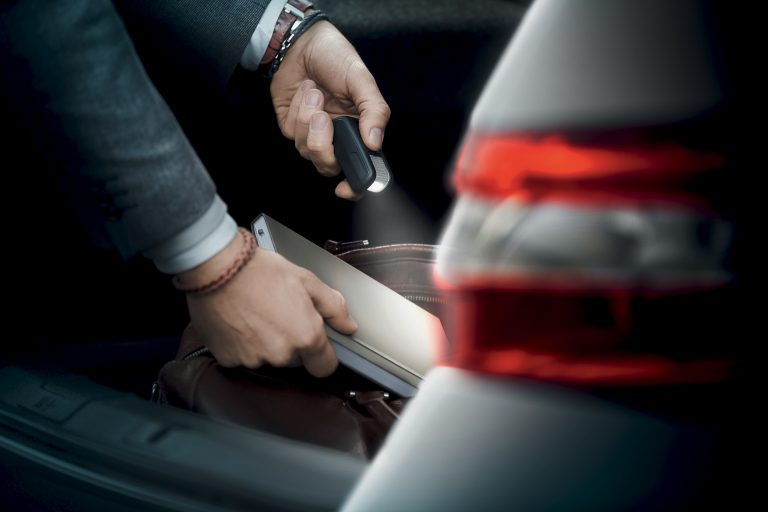 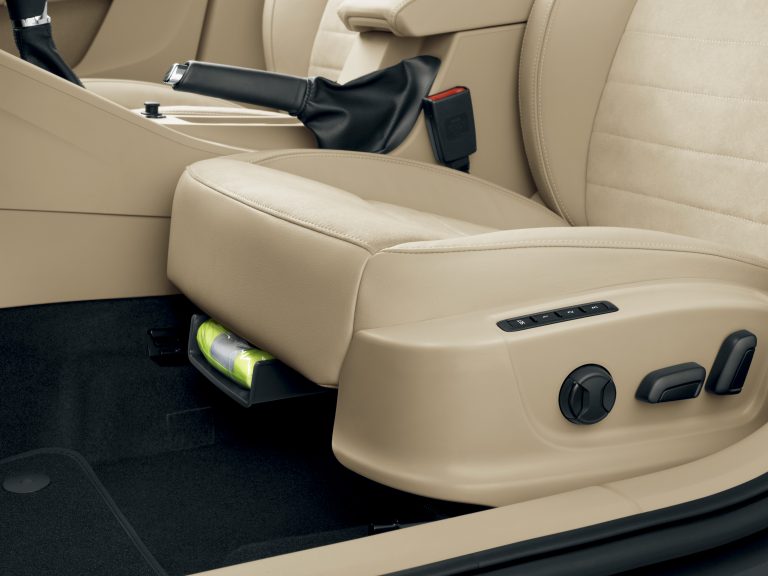 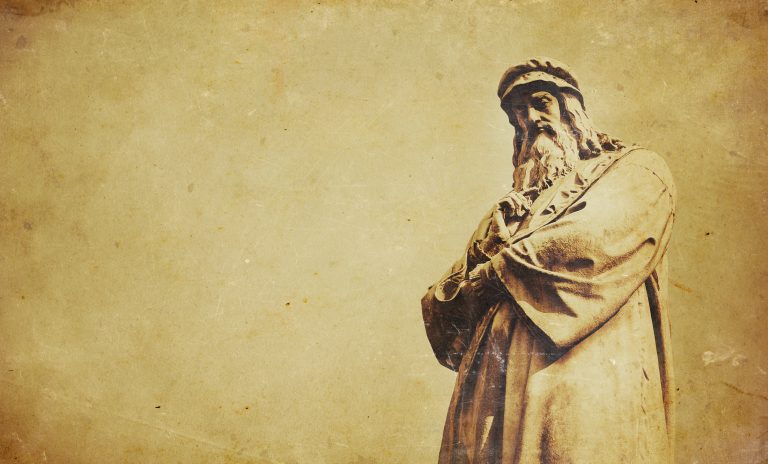 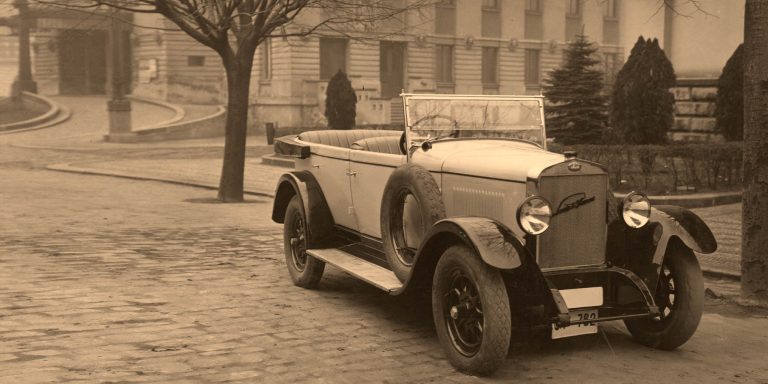 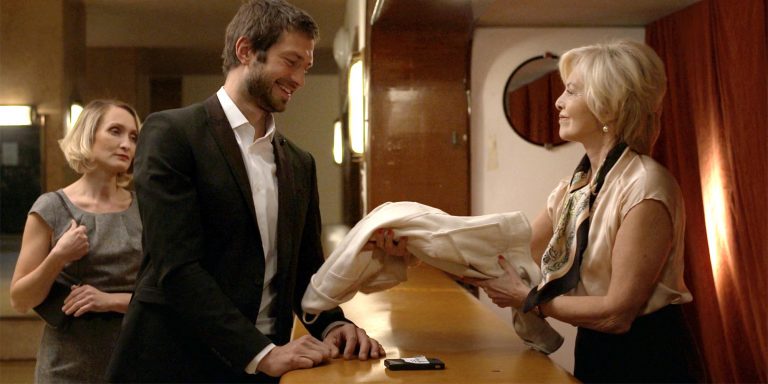 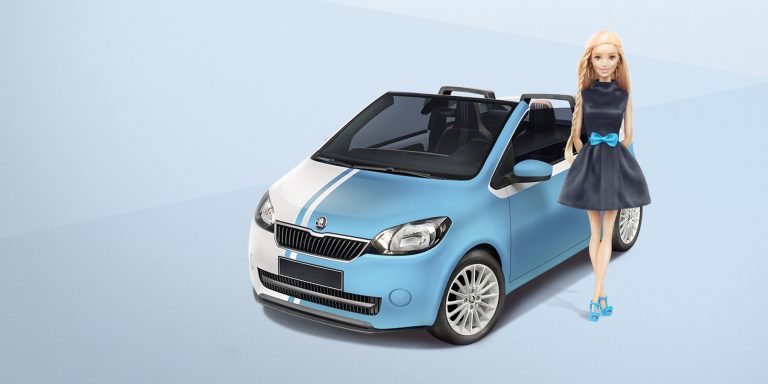 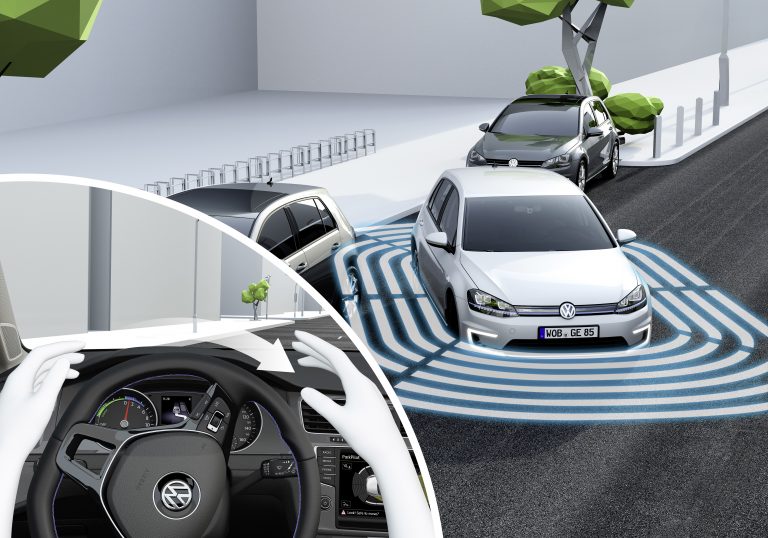 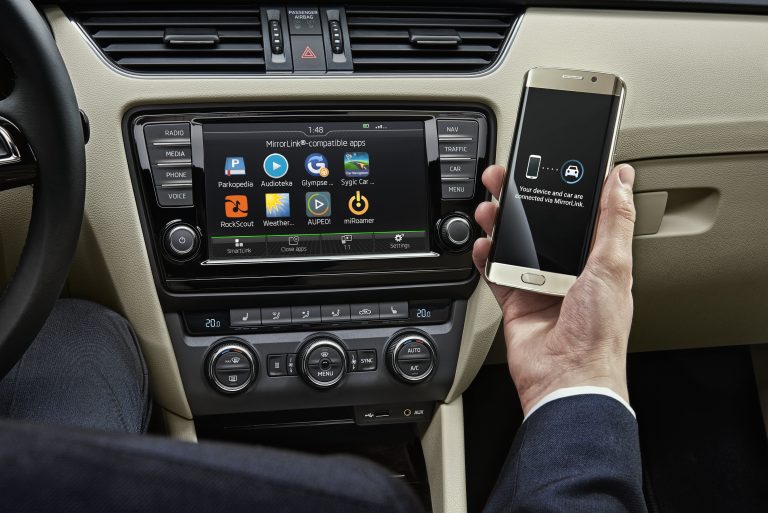 Car Phones with a Difference 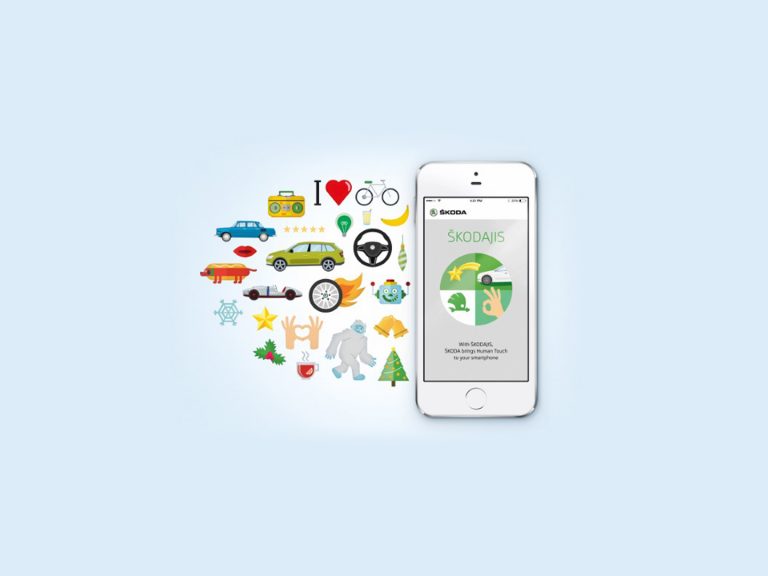 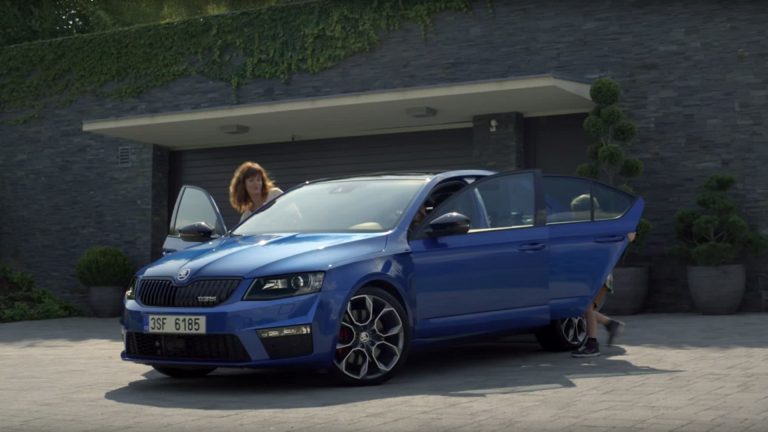 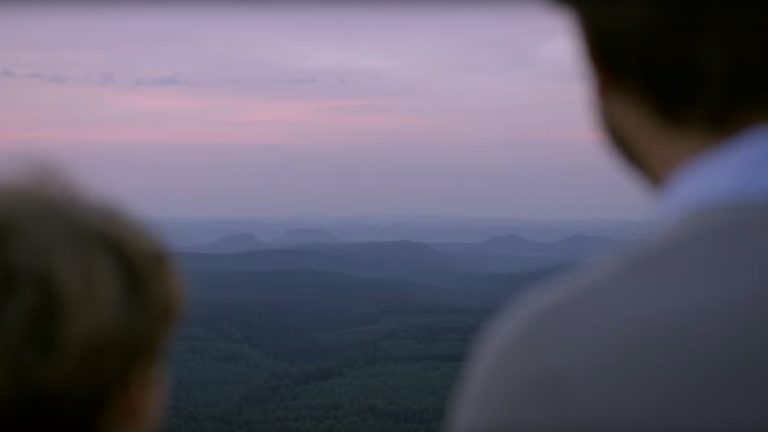 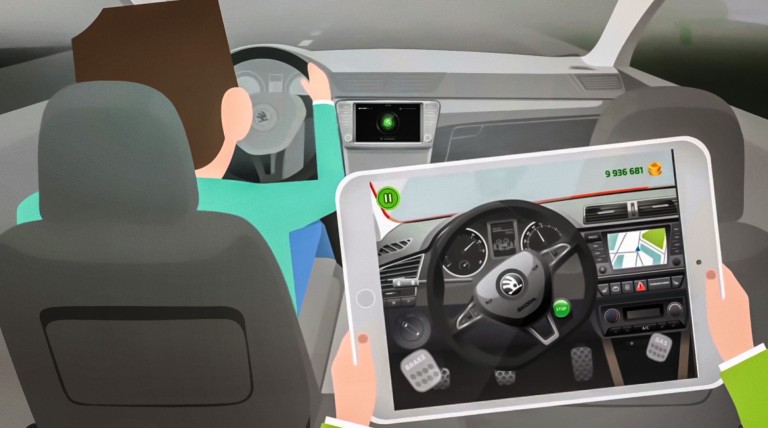