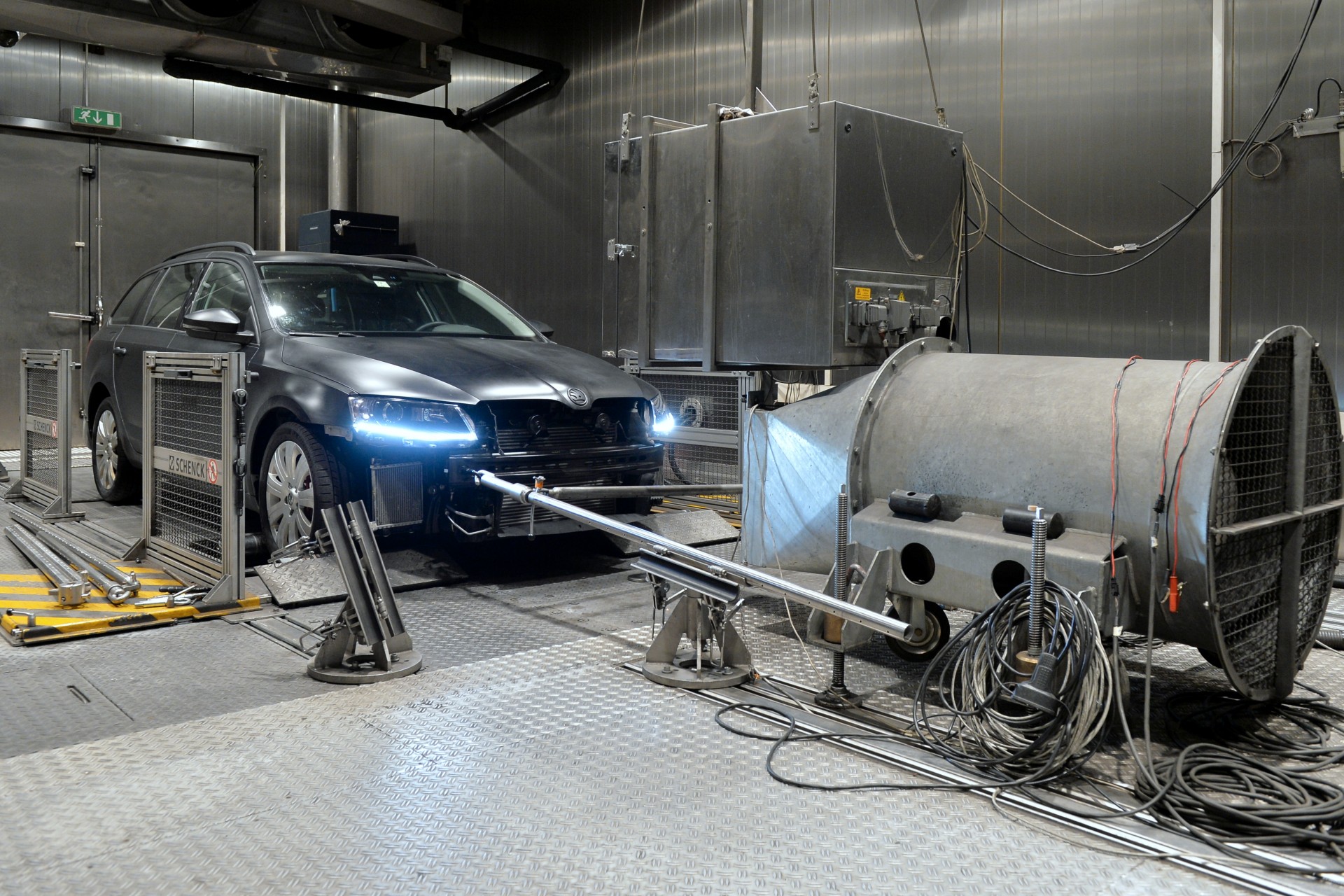 Smooth running of any vehicle relies upon a good cooling system, but designing one that both regulates engine temperature and keeps the car aerodynamic is a real challenge.

You can buy a ŠKODA in Africa. You can also buy one in Lapland. That means ŠKODA vehicles need to be able to handle a temperature range of -35°C to 50°C – and go through rigorous design and testing so they can cope.

“Cooling is one of the key areas in the development of new drive systems,” says Aleš Vrána, Chief Designer in the Engine Mount Department, and responsible for developing cooling systems to ensure cars stay at the right temperature.

One significant resource in keeping an engine cool is air. To collect the right amount of fresh air and allow it to flow through the engine compartment, cooling apertures and cover grids need to be shaped and positioned correctly. How the air is then distributed is vital, but the air flow can also cause aerodynamic resistance, which in turn brings problems of increased fuel consumption.

Engineers from the Engine Mount Department are playing a key role in developing a system that actively controls the sizes of cooling inlet areas, making it possible to limit the inflow of air into the engine compartment while also reducing resistance.

With sophisticated and innovative solutions – and rigorous testing in a special climatic tunnel – the team is working hard to further increase the efficiency of this and other systems to keep the engine from becoming too hot or too cold.

“It’s like Formula 1 mechanics – we could never succeed if we weren’t a well-tuned team,” says Petr Mikšovský, who is responsible for engine mount tests. “This year we have done more than 40 ten-hour measurement sessions in climatic tunnels to develop, test and optimise cooling systems. This is nearly one measurement session every week.”

Besides air intake, cars can also make use of waste heat to regulate engine temperature. Here’s an example: The exhaust in some engines is connected to the engine cooling circuit. In cold countries and for cold engine starts, hot combustion gases warm up the coolant which then distributes heat throughout the engine circuit to warm up the oil, too. The engine then warms up to the optimum operating temperature faster, which means less friction and much more efficiency.