The world-famous NHL is back in Prague once again, cheered on by a unique pair of mascots on four wheels. Take a closer look at ŠKODA SHARYAQ and PREDIAQ.

This is the NHL’s ninth visit to Europe: this time, the San Jose Sharks and Nashville Predators will face off in the 2022 NHL Global Series on Friday, October 7 and Saturday, October 8. ŠKODA has been a long-time supporter of ice hockey, so it’s no surprise the Czech carmaker made its presence felt at this special event. 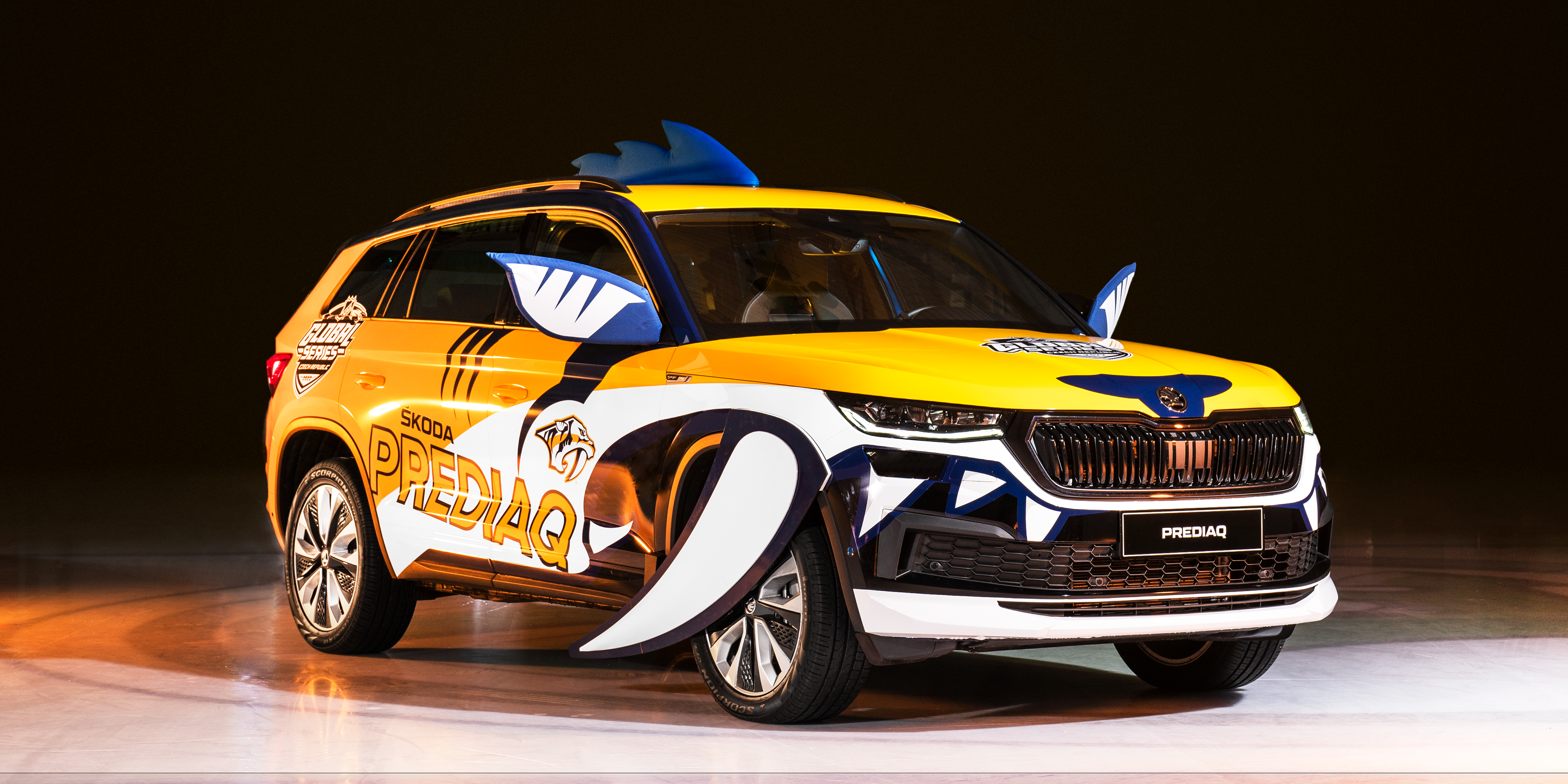 PREDIAQ, the four-wheeled mascot of the Nashville Predators, is based on the ŠKODA KODIAQ SUV.

The stars of the accompanying programme are two cars customised to express the spirit of the two American teams. Their names are PREDIAQ and SHARYAQ, and their flamboyant looks are designed to pull fans into the atmosphere of the NHL. At first glance, these are simply breathtaking creations, but at a second glance everyone will recognise the distinctive features of two ŠKODA models, namely the KODIAQ and ENYAQ iV. 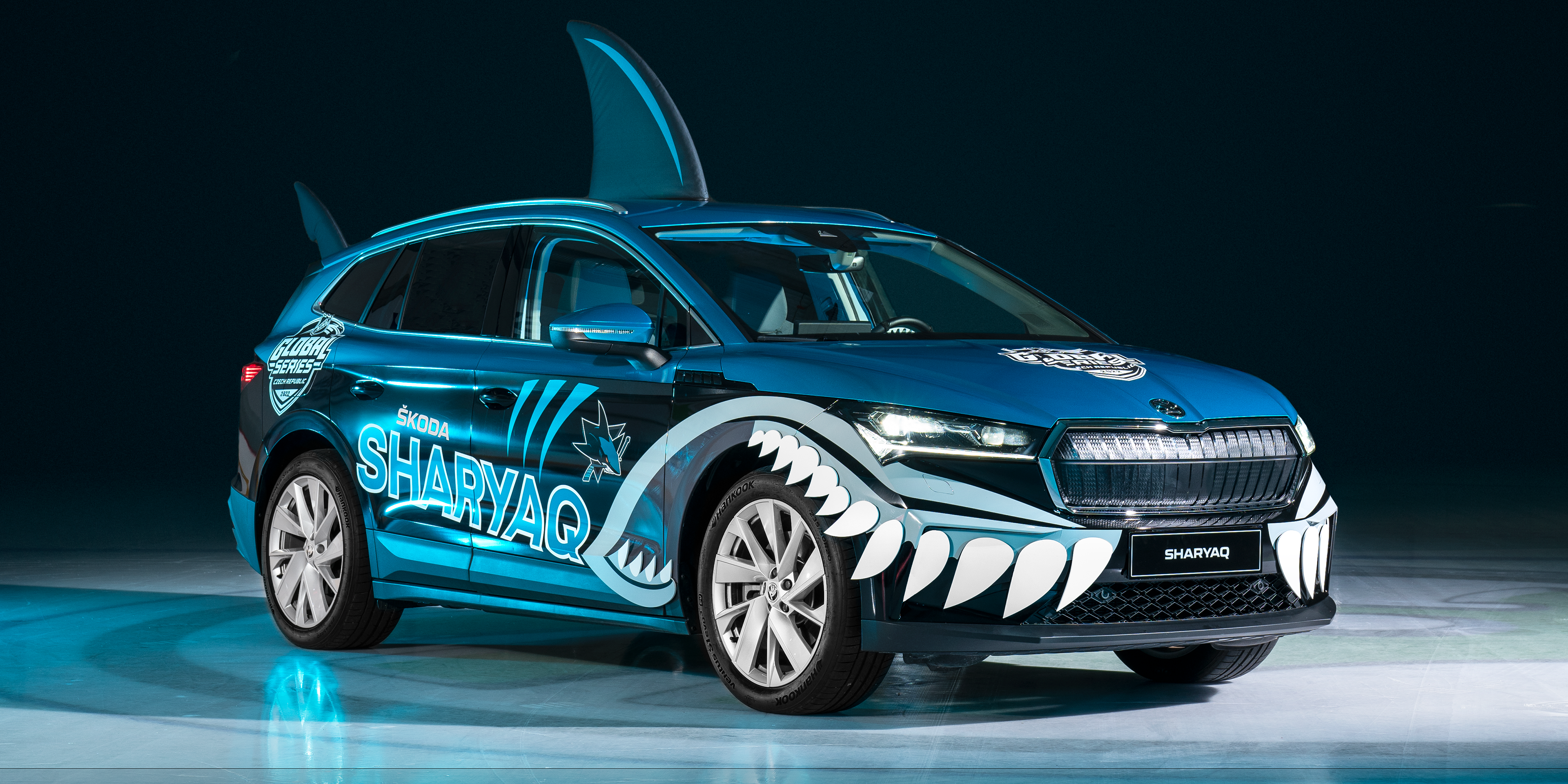 The all-electric mascot of the San José Sharks, SHARYAQ, is recognisable as the ŠKODA ENYAQ iV.

“We wanted to go down the route of picking two models that were similar in size, and we also liked the contrast between all-electric and conventional drive systems,” says Vítězslav Pelc, who was the ŠKODA employee responsible for transforming the cars into unconventional team mascots. 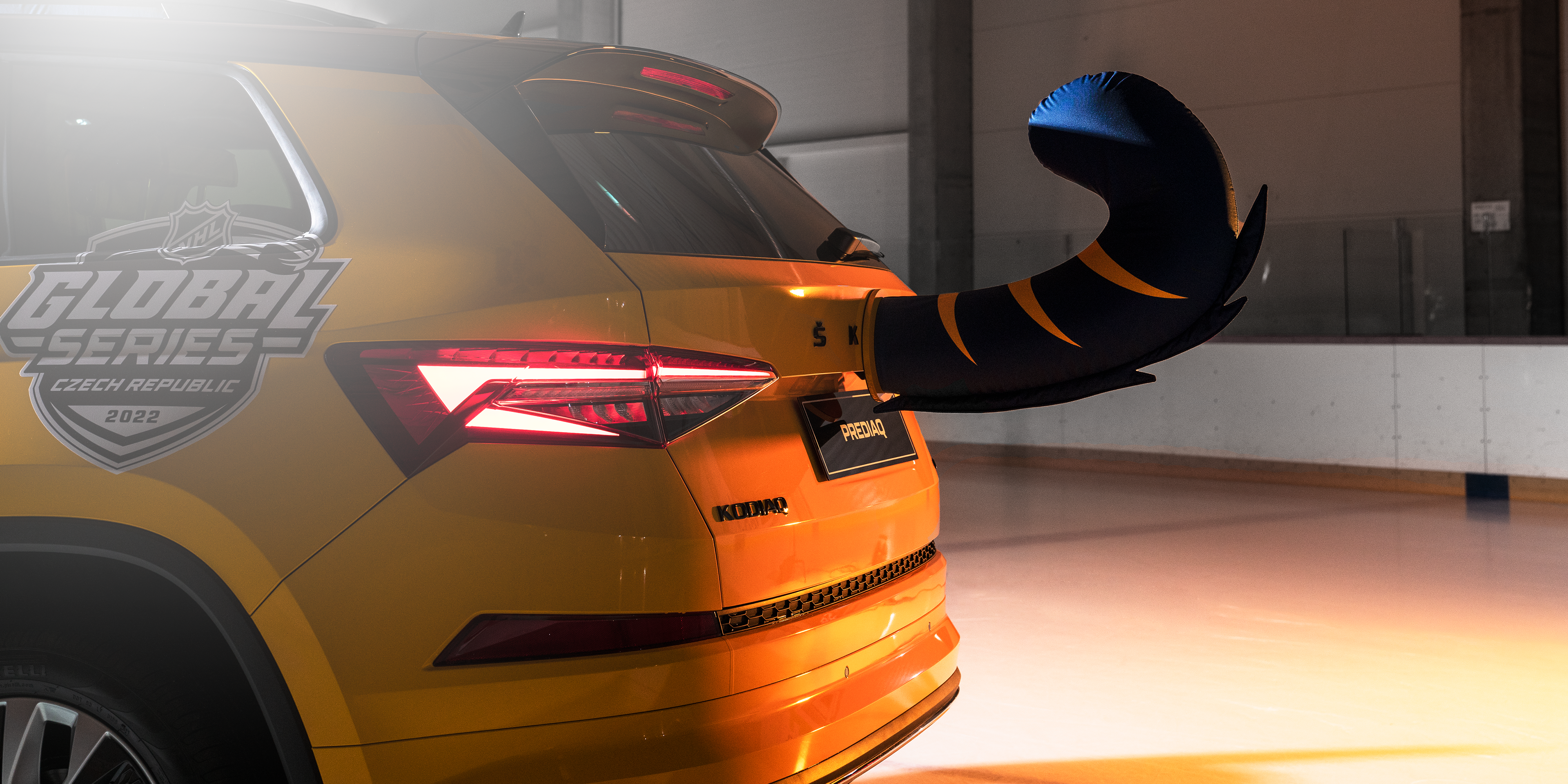 The cars honour the teams’ colours: PREDIAQ is predominantly yellow like the Predators’ jerseys, SHARYAQ is black and blue like the Sharks. In addition to the colourful decals, the cars are also adorned with 3D features. “In collaboration with a partner, we developed a flexible ribbed composite structure. Polyurethane foam of varying hardness was gradually layered onto this basic structure to allow the fins, tail and mane to wiggle naturally,” Pelc explains. 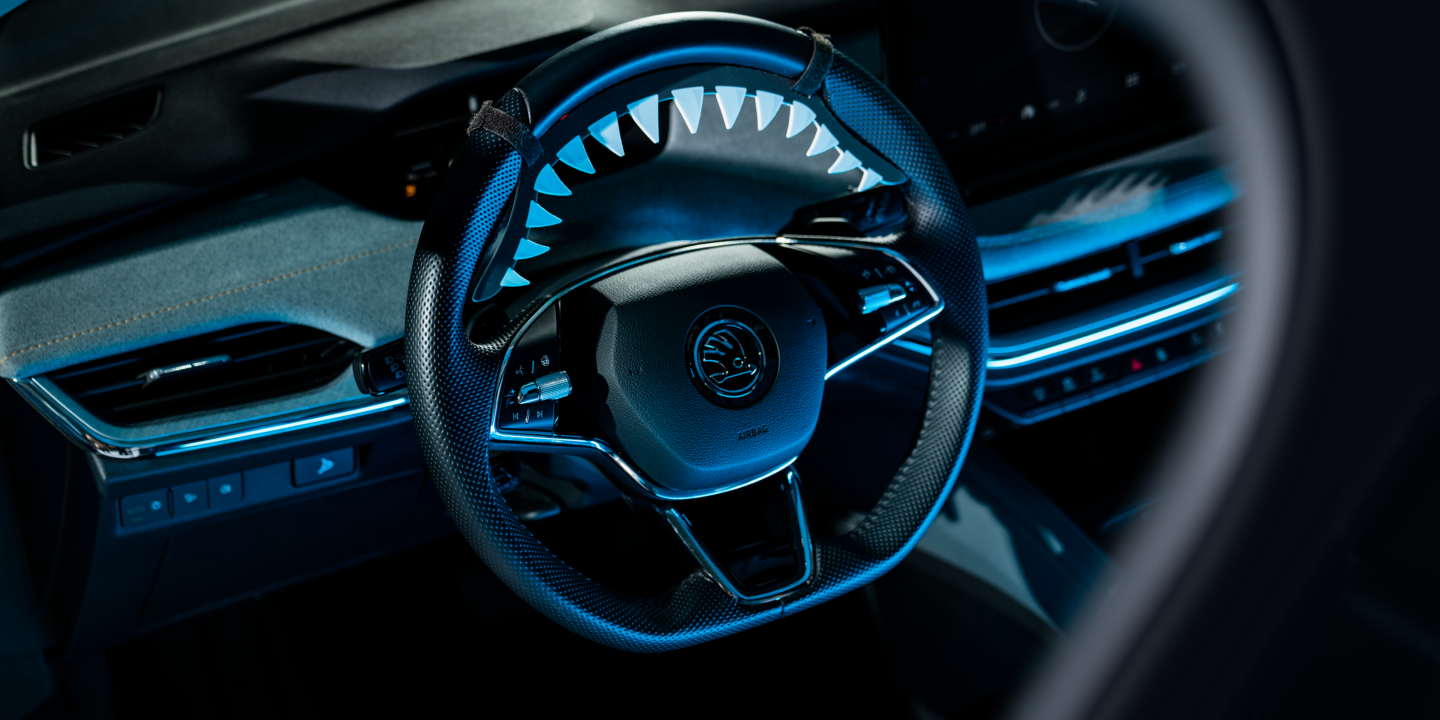 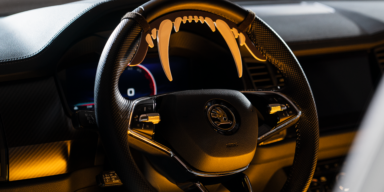 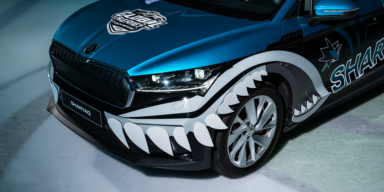 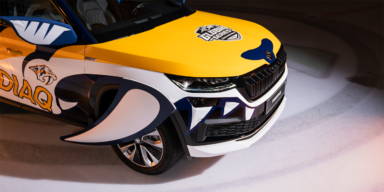 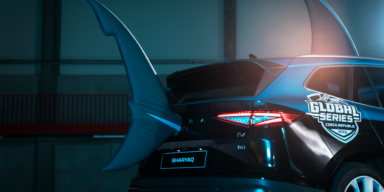 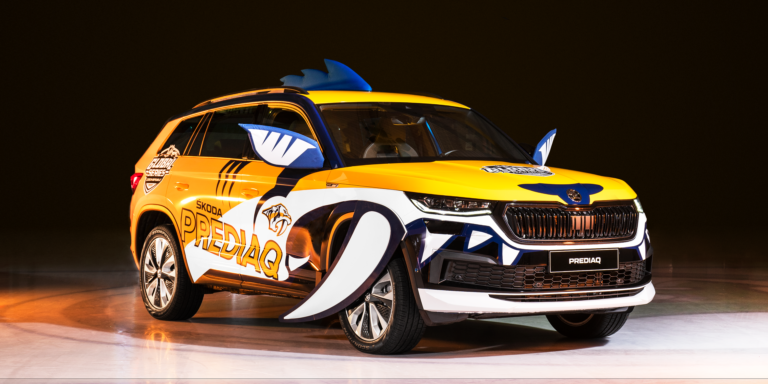 PREDIAQ is based on the ŠKODA KODIAQ SUV. 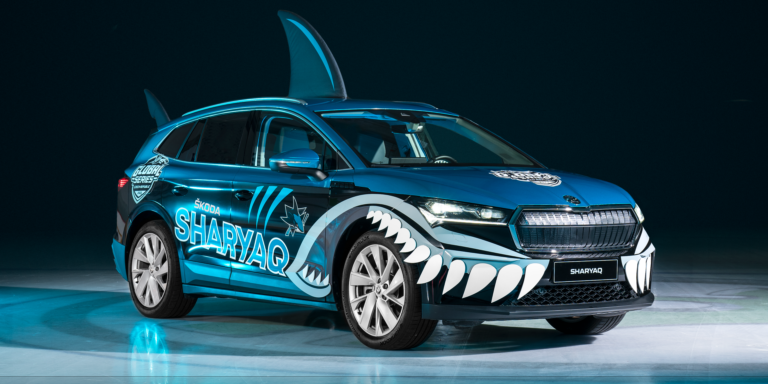 SHARYAQ, is recognisable as the ŠKODA ENYAQ iV. 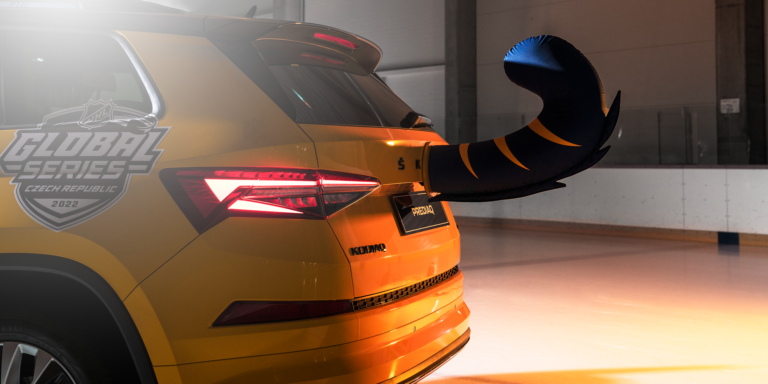 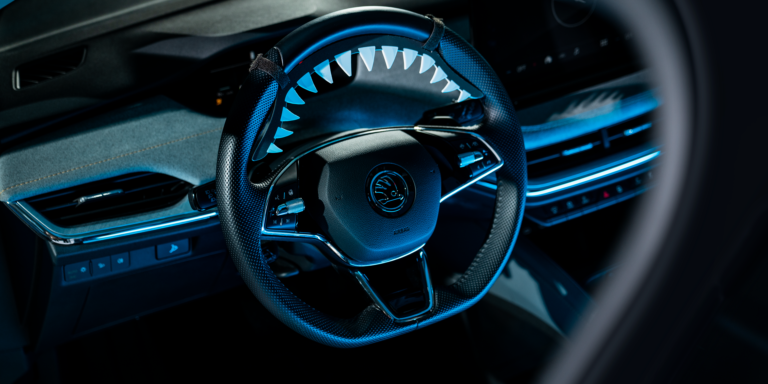 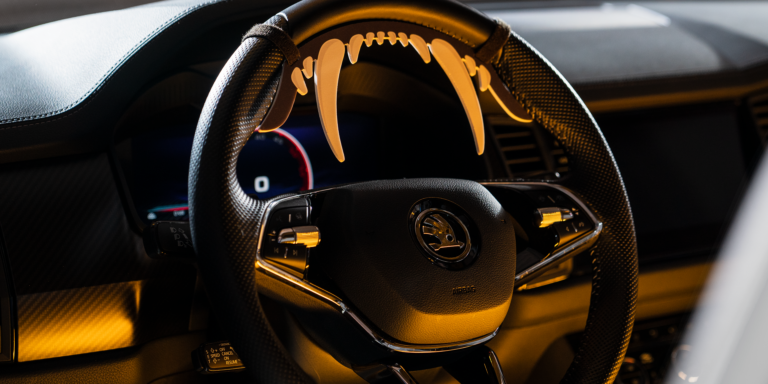 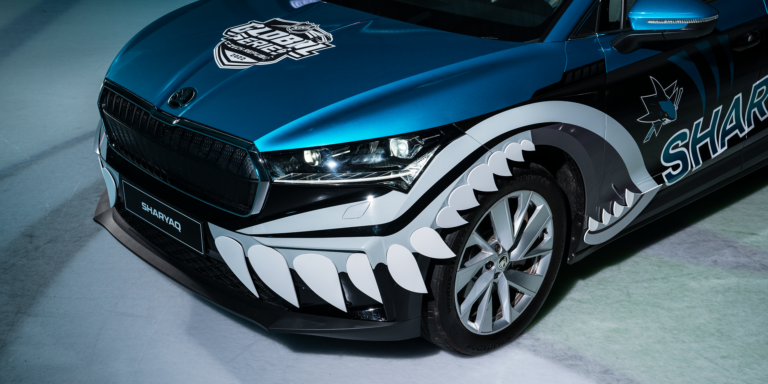 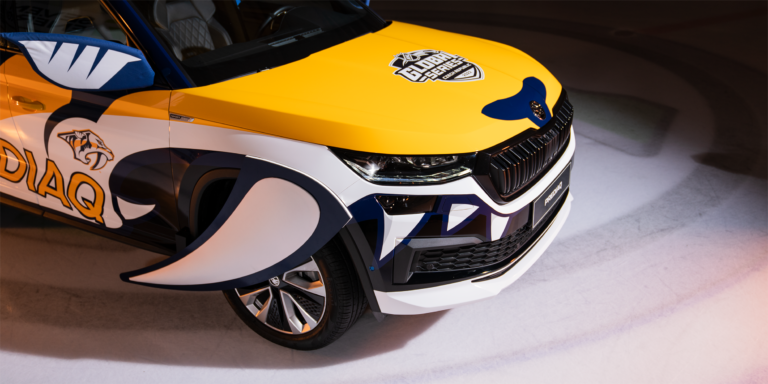 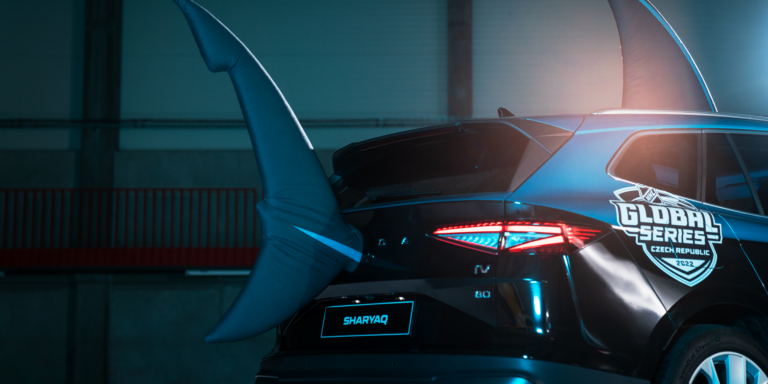 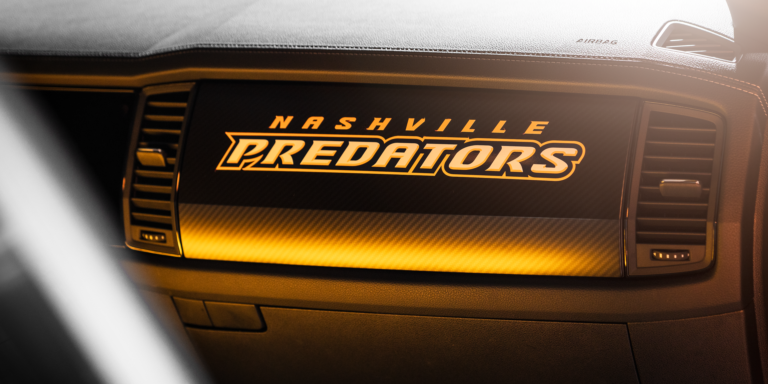 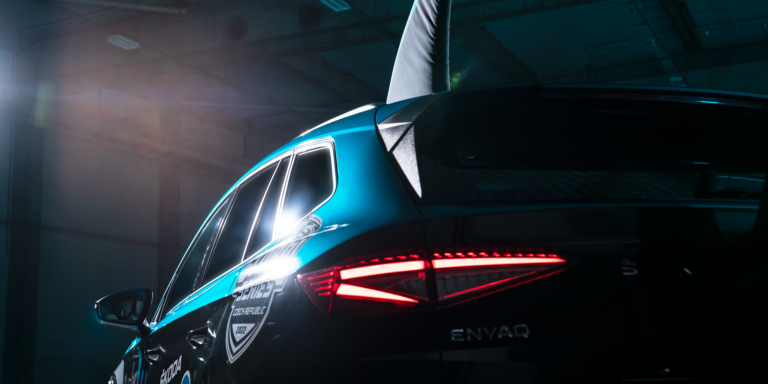