This ice-hockey event of the year has to do without most of the spectators, but the stands in the Latvian capital Riga have not remained empty. Thanks to ŠKODA, you too can get to the matches. Read on to find out how.

Fans have to settle for cheering on their team mainly from home this time, but even so everyone has the opportunity to feature at this year’s IIHF Ice Hockey World Championship, at least in the form of a ŠKODA FanBoard.

The preparations were lightning fast, and within a few days of the final decision to launch the project the online photo upload form had been developed.

How does it work? “Fans don’t have to set up an account or anything complicated like that. All they do is enter their e-mail address, select the national team they support and upload their photo. And right away they can check out their lookalike,” explains project manager Simona Králová. And of course, you can then share your photo in your national team’s jersey with friends on social media. 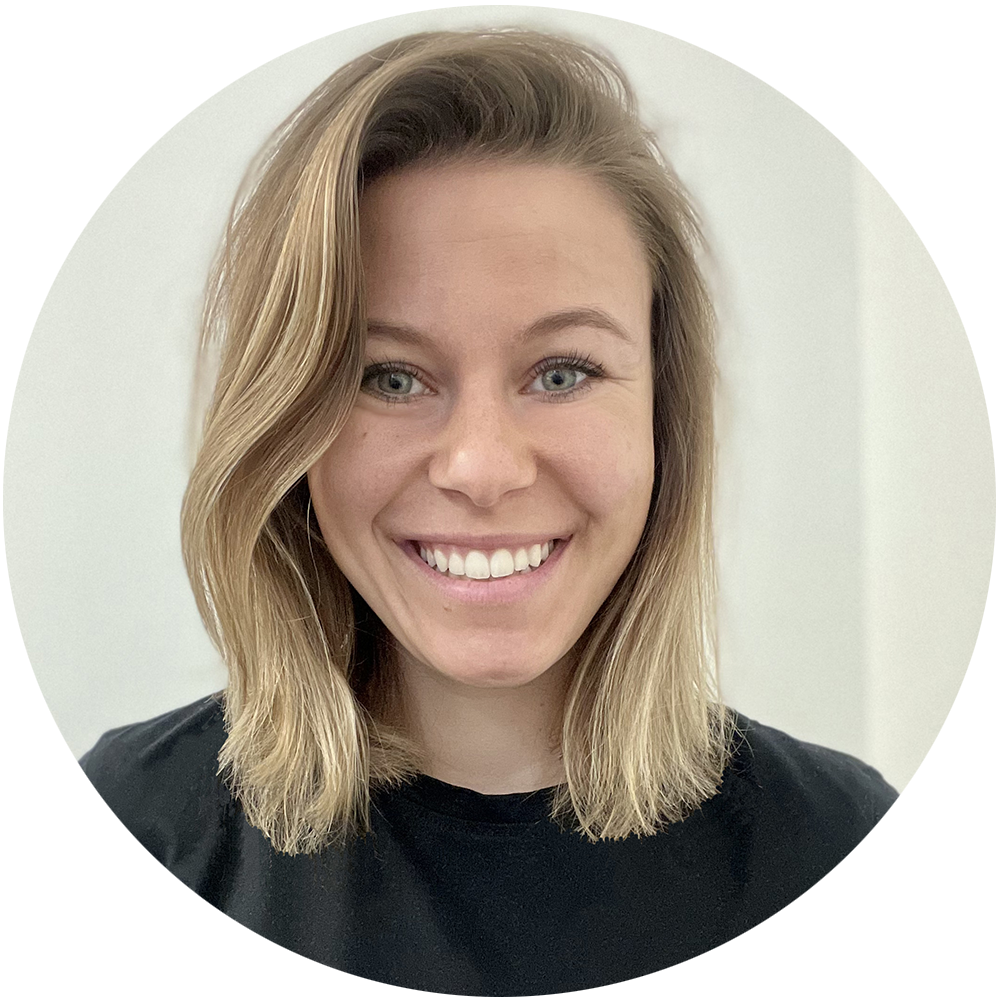 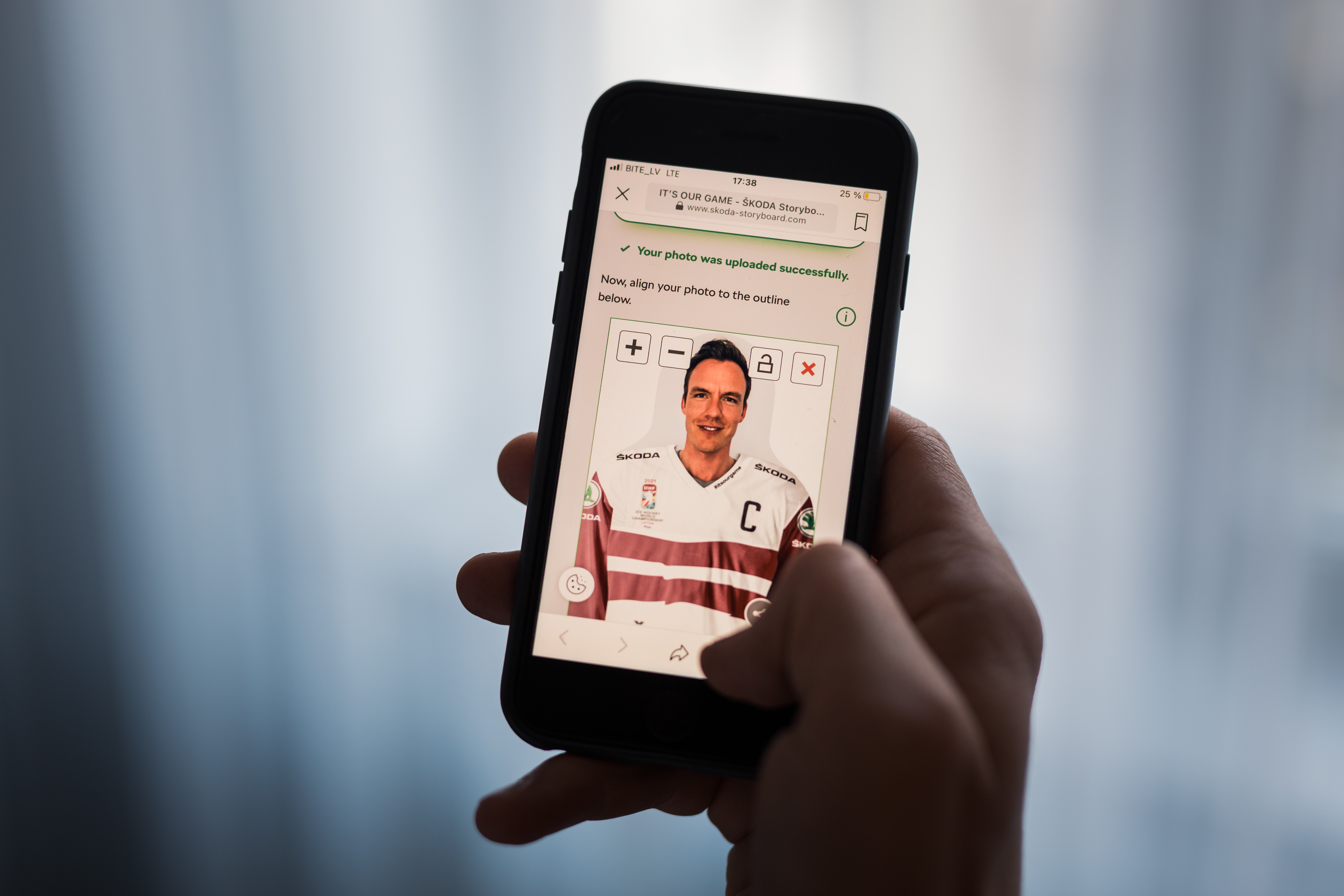 Head for the ice hockey next year

Ice hockey fans won’t be able to go to Latvia this year, but next year it should be possible to go to Finland. Simply enter your name and address when uploading your photo for your effigy and you could win one of three travel and accommodation vouchers for the 2022 IIHF Ice Hockey World Championship in Finland or one of two signed jerseys in a ŠKODA competition.

FanBoards almost as good as the real thing

The photos are printed by two partner agencies in Riga, each responsible for one stadium, which makes logistics easier. The figures are then delivered to the two stadiums, where 770 seats are reserved for FanBoards in the Riga Arena and 200 in the Olympic Sports Centre. The figures are specially designed to stay upright on the seats so there is no need to attach or glue them in any way. 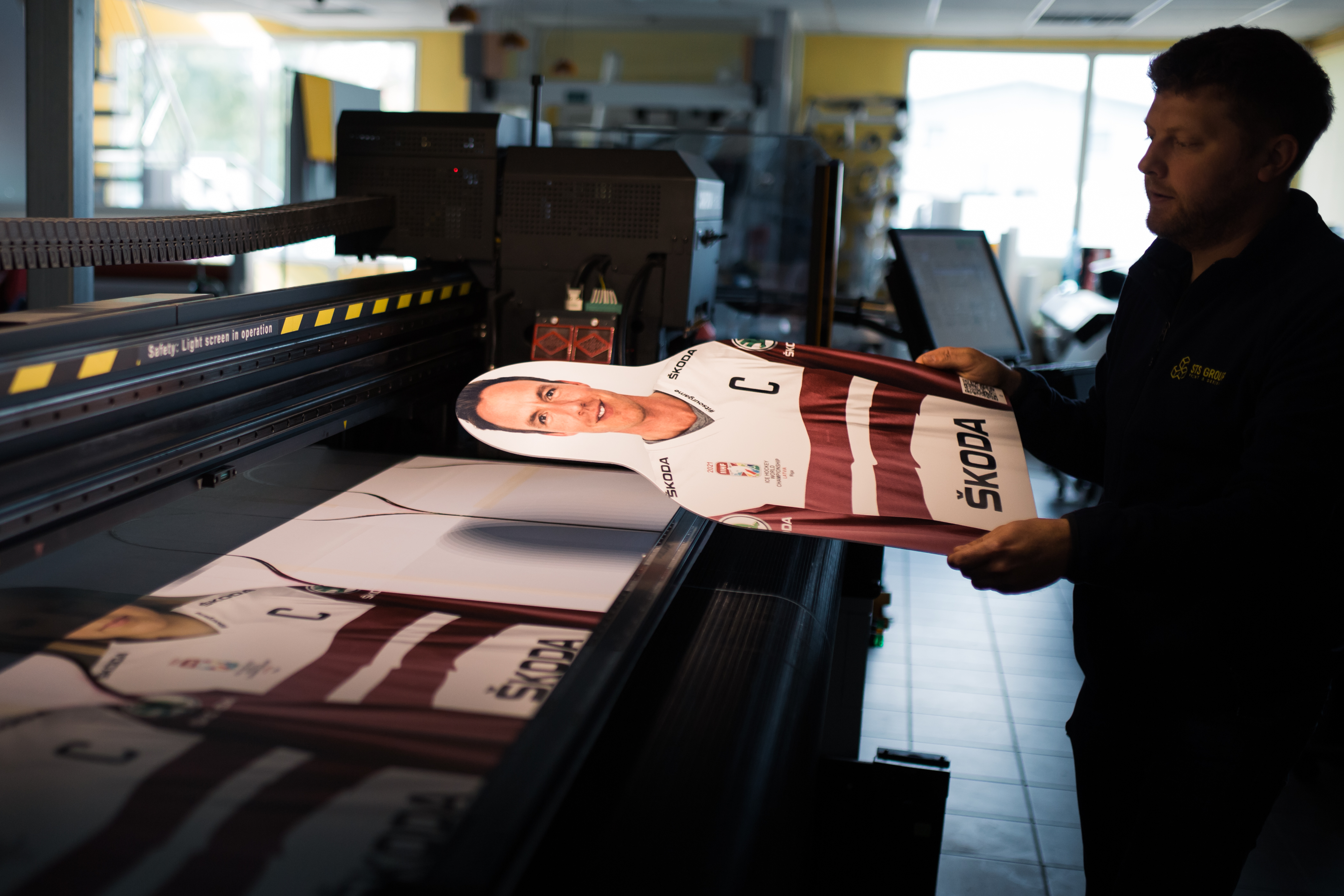 “All fans are the same when it comes to the shape of the cut-out. We chose the parameters so that the figures fit well on the seats and create the most realistic impression possible - as if there were real spectators in the stands. When uploading a photo to the website, everyone can see how their photo will be positioned on the board and you can alter the position by manually shifting it in the cut-out,” says Christian Philipp, Head of Global Experience Marketing at ŠKODA. 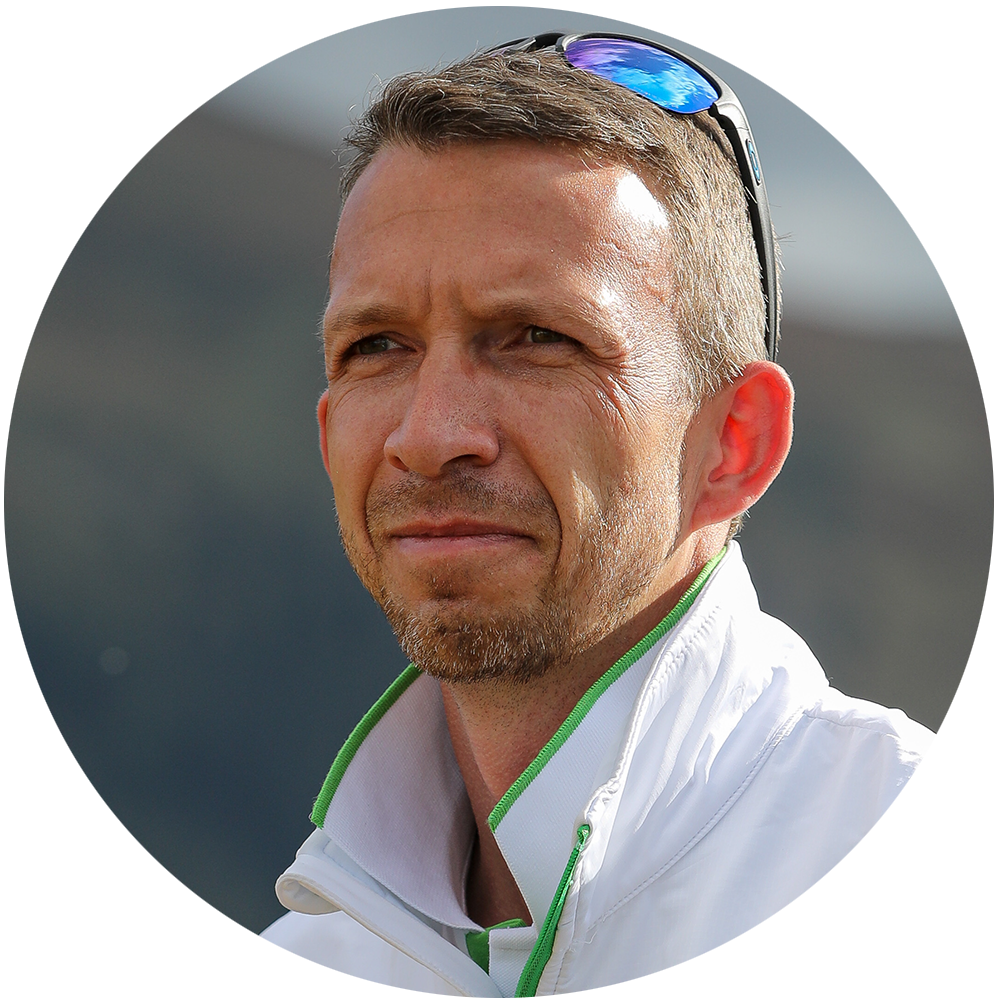 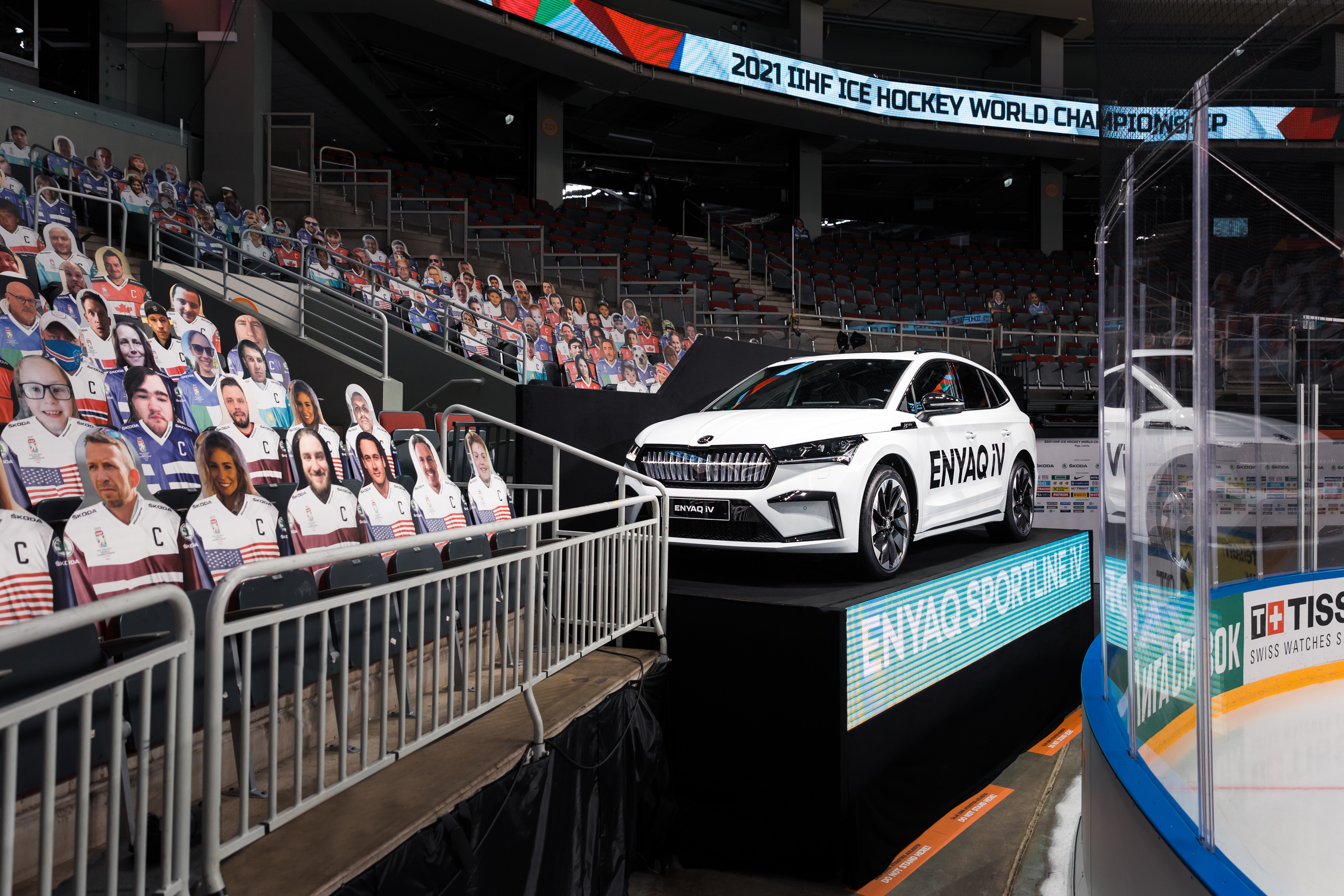 Each photo has to be approved (or rejected) by a human being – automation cannot be used here. “It’s a sensitive issue and we have to be 100% sure that we are not breaking any regulations or laws, both on a national level and from a global perspective. Only photos with user authorisation will get printed. We don’t accept pictures of other people or pictures featuring hand gestures or symbols, but we do welcome pets or children,” Philipp adds.

You might be wondering if you can choose which game your likeness will appear in the stands at. This is not possible, unfortunately, but when you upload a photo you can specify which team you want your clone to “cheer” for. In addition, only one photo can be uploaded from one e-mail address. The photos will only be used for printing onto the FanBoard and will not be used in any other way – the organisers will keep them all until the end of the championship, though, in case they can be used again. 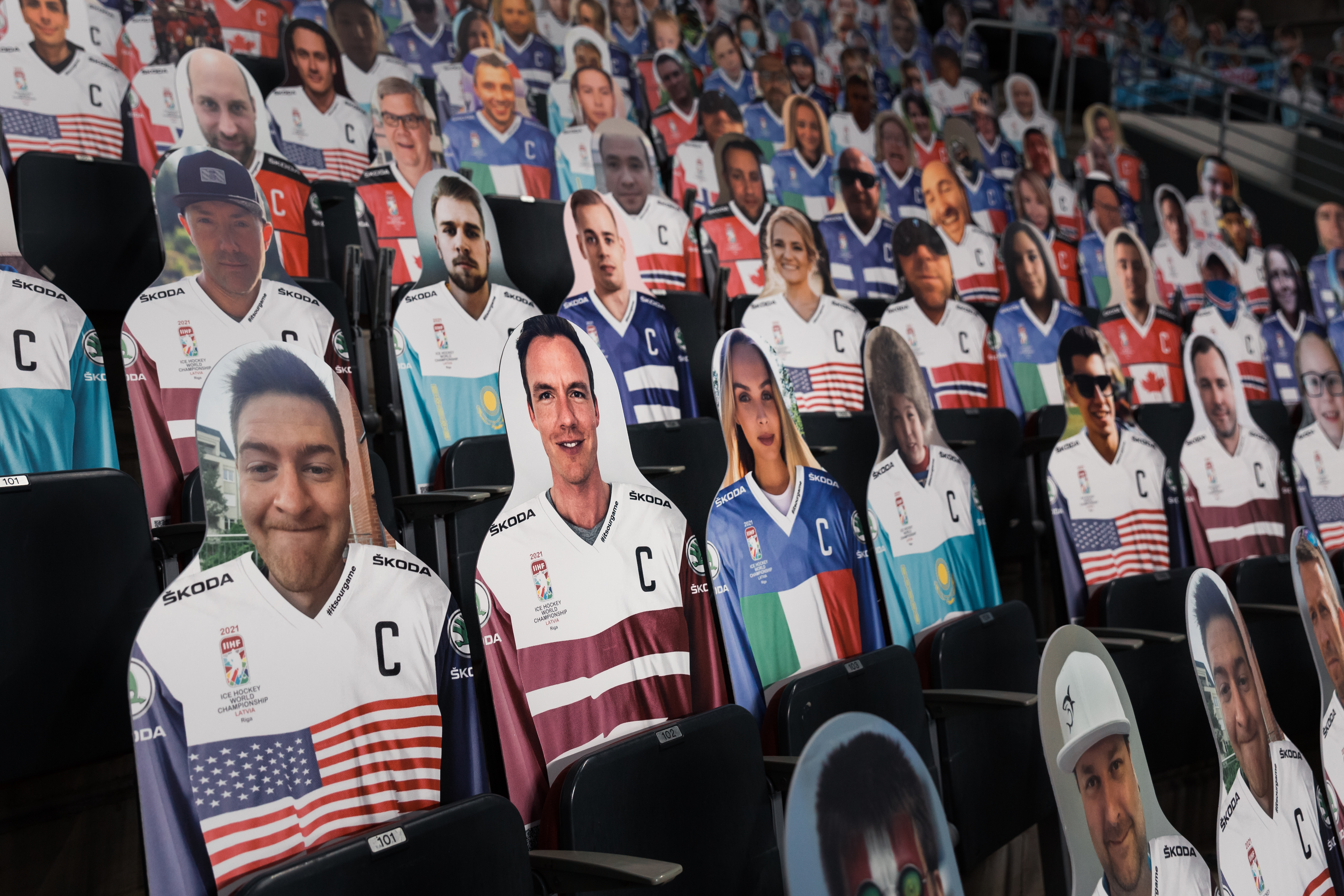 “Our main goal is to let every fan have their FanBoard feature in at least one match of their chosen team during the tournament. Of course, the number of people interested varies from country to country, so fans of, say, less hockey-mad countries like Italy or Kazakhstan have a better chance of being present at multiple matches. If, on the other hand, the demand exceeds the number of available seats, we will select participants at random. We also keep a record of how many times each photo has been used. For these reasons, it is also true that uploading a photo and having it approved by the organisers does not guarantee that your likeness will actually feature at one of the matches,” Králová adds.

In total, fifteen thousand FanBoards are expected to take their places in the stands. The online registration form has been up and running since Wednesday 12 May, and 14150 fans have already signed up as of the date of publication of this article.

ŠKODA is supporting the 2021 IIHF Ice Hockey World Championship as the official main sponsor for the 29th consecutive year. As a result, the brand holds the world record for the longest main sponsorship in the world championship’s history. For the first time, ŠKODA is providing a fully electric fleet of 45 ŠKODA ENYAQ iVs to the organisers of the tournament this year, which takes place from May 21 to June 6 in the Latvian capital Riga. The Czech carmaker is also the exclusive partner of the 2021 IIHF App. 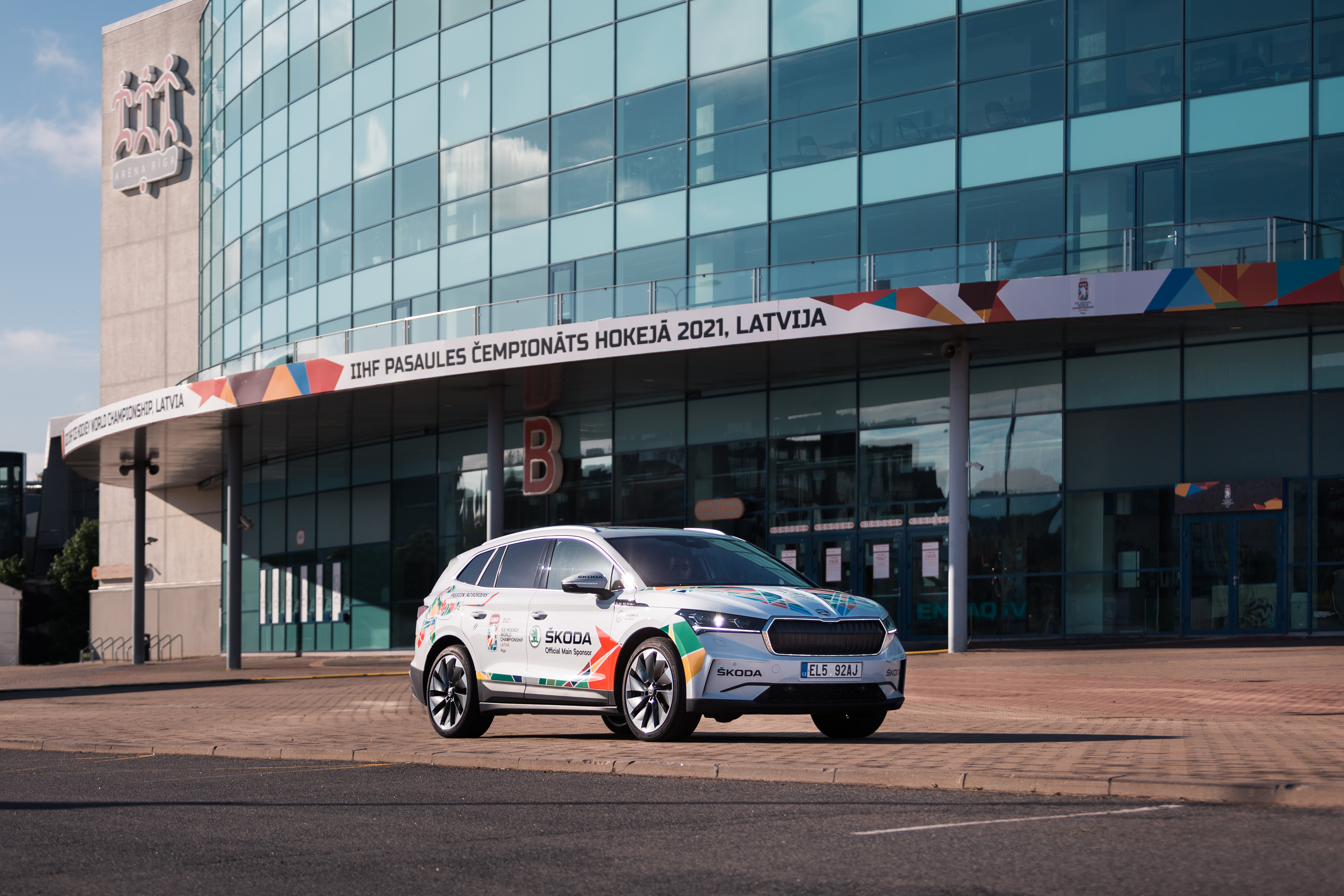 15,000 FIGURES OF HOCKEY FANS TO FILL THE STANDS IN RIGA 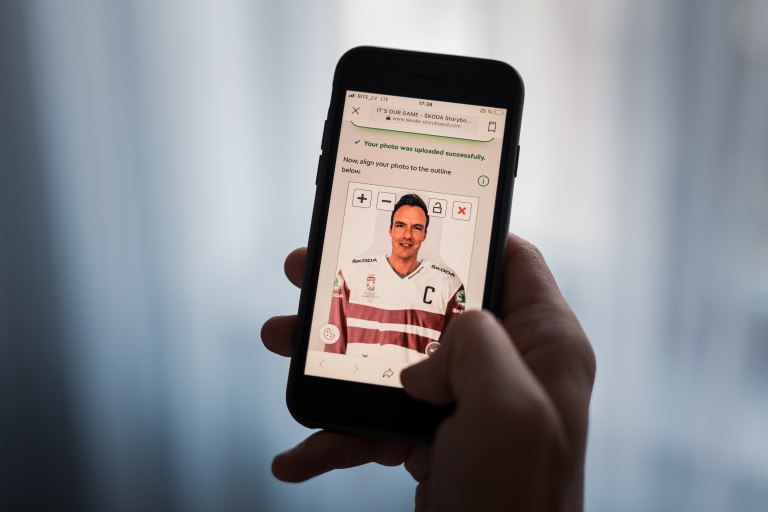 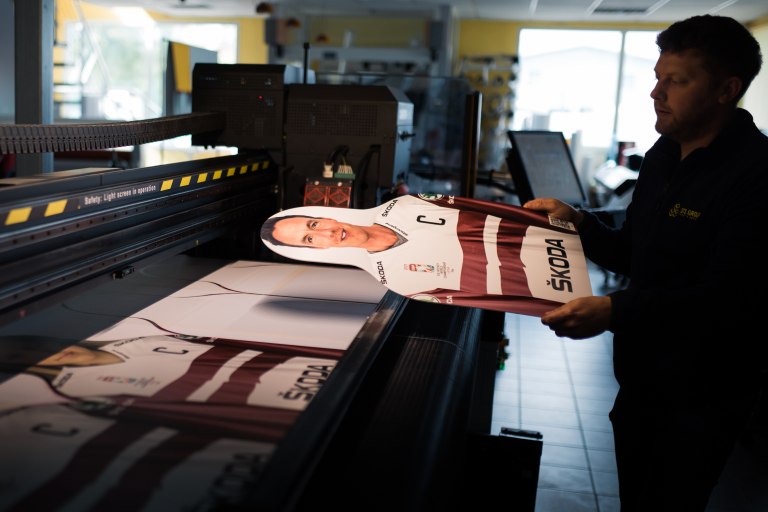 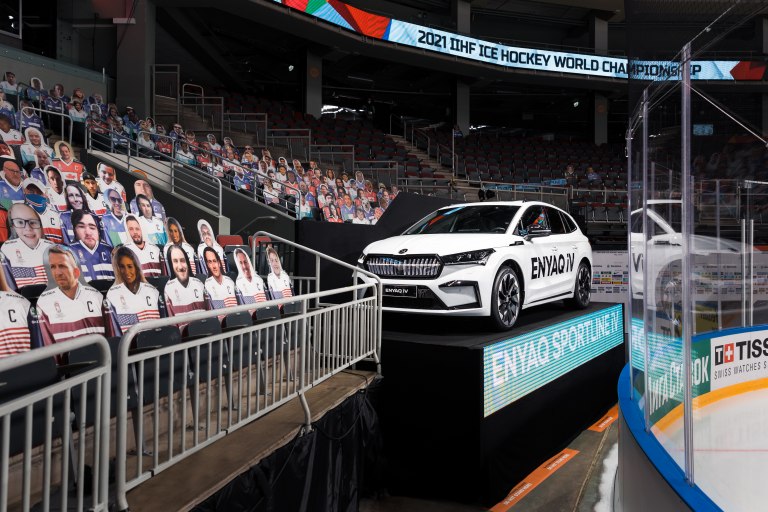 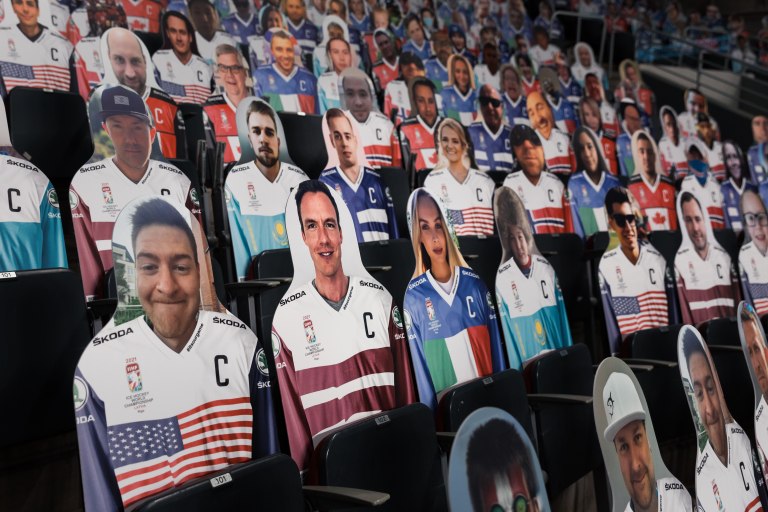 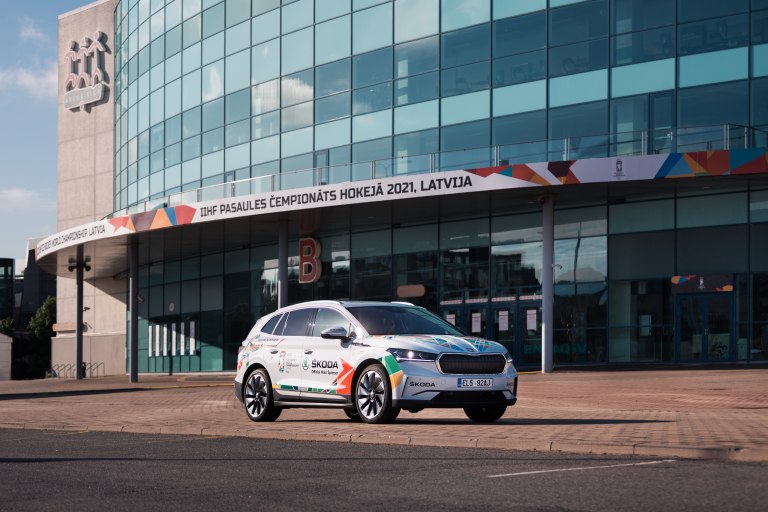 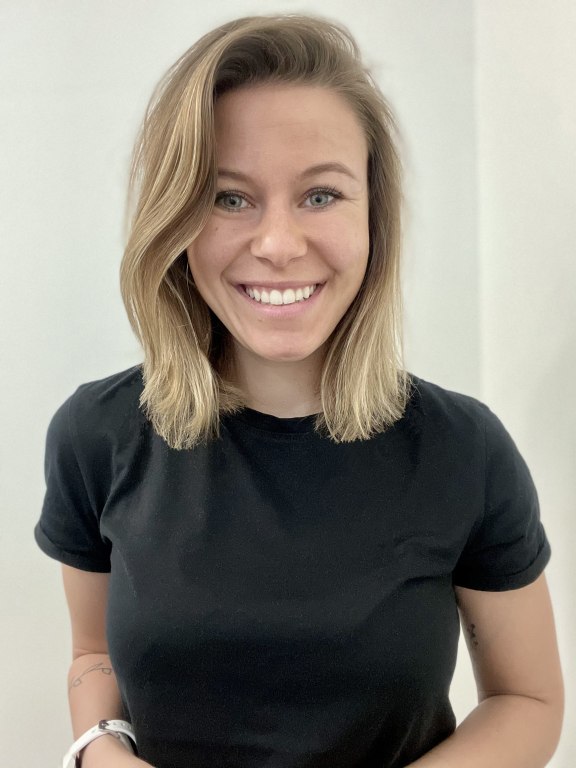 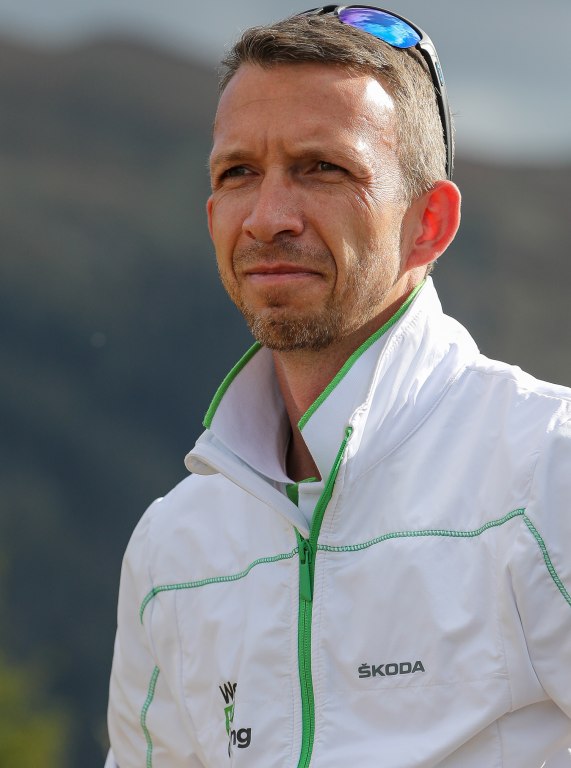