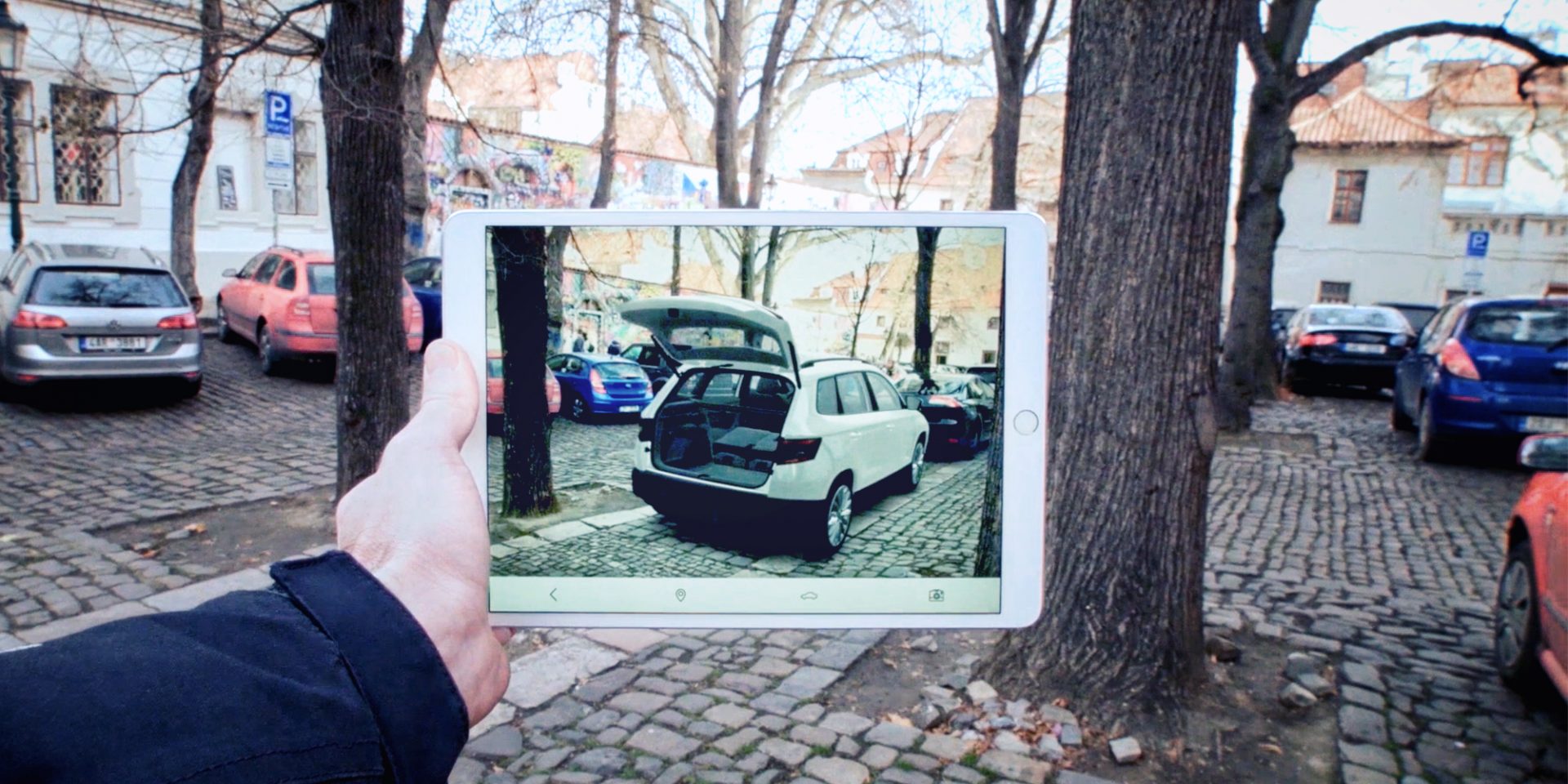 Use your mobile or tablet to explore the ŠKODA KAROQ! An augmented reality app allows you to superimpose this new compact SUV among other cars in a street, or to miniaturise it and stick it on a shelf at home.

ŠKODA is introducing a new augmented reality mobile app to help you configure the KAROQ just the way you want it. Take your pick of 17 body colours, 7 wheel sets, and two trim levels to get an instant photo-realistic 3D model of the car.

You can then inspect your perfectly tailored car from all possible – and impossible – angles, peek inside, and explore all the available equipment in detail. In this section of the app, you can also learn all about the car’s most-appealing features, with short videos showcasing all the gadgets.

ABOUT THE APP
The ŠKODA AR app uses augmented reality, a technology that superimposes a computer-generated image (your bespoke-configured KAROQ) on your own view of the world (your own house, perhaps, in a picture taken with your mobile phone’s camera). Augmented reality is what made Pokémon GO so popular. The app is currently available for iOS (Apple) and will soon be available for mobile devices running Android.

“This technology has the advantage of a simple user interface, controls, and high‑quality visualisation. The app’s appeal will be savoured not only by prospects, but will also extend to ŠKODA dealers, as they can use it to make unusual, unexpected presentations of their cars,” explains Thanh Vu Tran, head of marketing communication at ŠKODA AUTO. 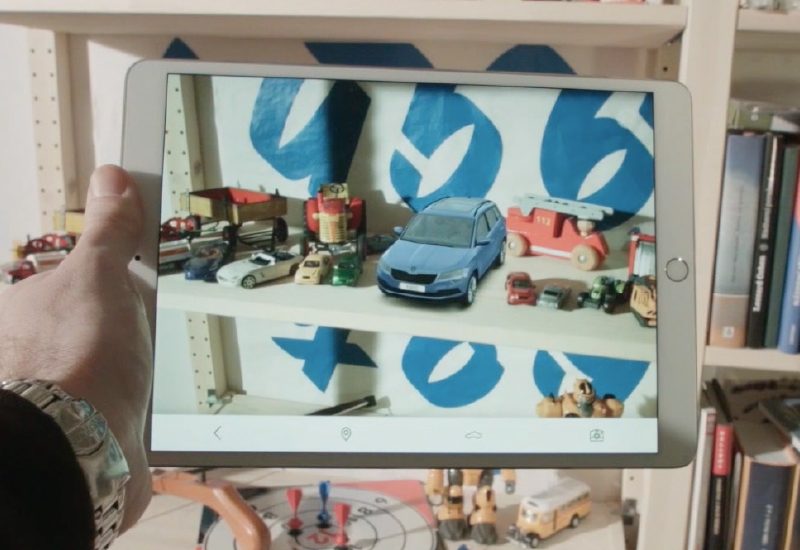 The real fun begins when you take the app outside and run the augmented reality function. On the screen of your phone or tablet, you get to see a 3D model of the ŠKODA KAROQ against a real setting. Park a to-scale version in your garage or sit a small model version by the computer on your desk, then take a photo of the result and share it with your family and friends. 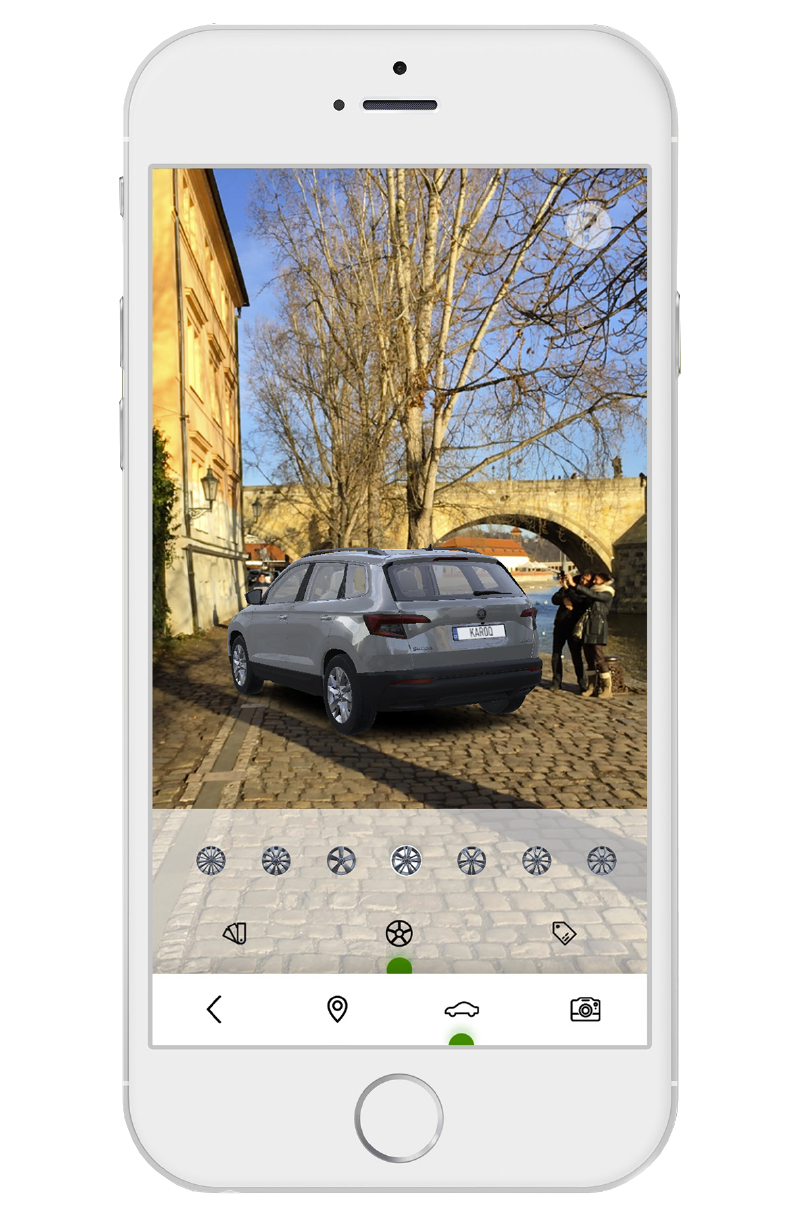 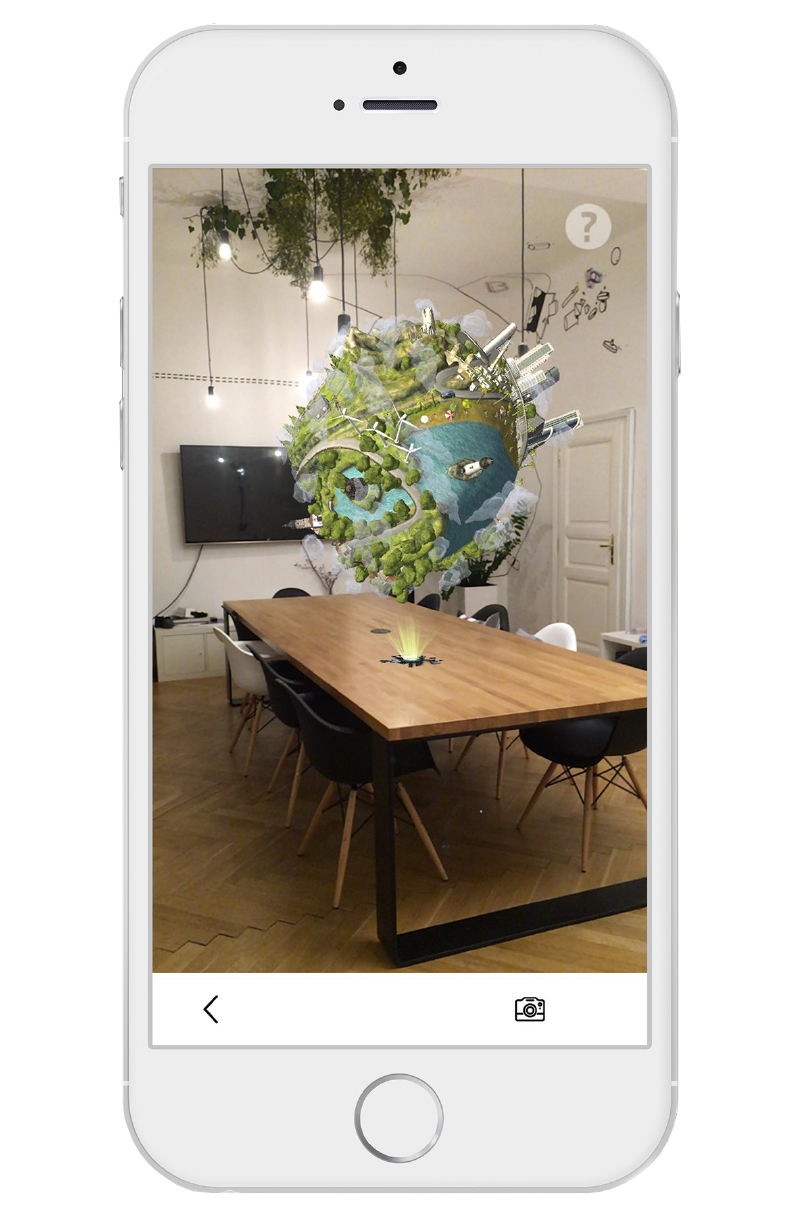 You can even take your virtual KAROQ for a test drive on planet KAROQ, a world replete with an urban jungle and vast wilderness, winding asphalt roads and dusty tracks, mountains, forests, meadows, and beaches. You can drive anywhere you want.

Your very best bet, though, would be to take yourself off to your nearest ŠKODA AUTO partner and feast on a real KAROQ. Although the app allows you to explore this and (in the future) other ŠKODA models from the comfort of your own home, not even the very best digital model can beat the in-person experience of examining the crystalline design’s curves, that new-car smell in the interior, the touch of soft leather as you take the wheel and, above all, the car’s handling in a test drive.

The app was developed in two stages – the initial version, created in the first six weeks, was used primarily for internal presentation purposes. The second stage, to come up with a publicly accessible version for the App Store, took another six weeks of preparation.

Working on the project proved to be a real challenge for the ten-member team. “We were developing the app before the ARKit library – used to develop the new-generation augmented reality apps – was officially released. Working with technology this new requires lots of experimentation with the programming and the UX – the user experience. We had to try everything out and see how it could work specifically for us, which was challenging but also the best of fun,” explains Robin Pultera from Brainz, the agency supplying the app. Brainz also collaborates with ŠKODA on other virtual reality apps and interactive projects. 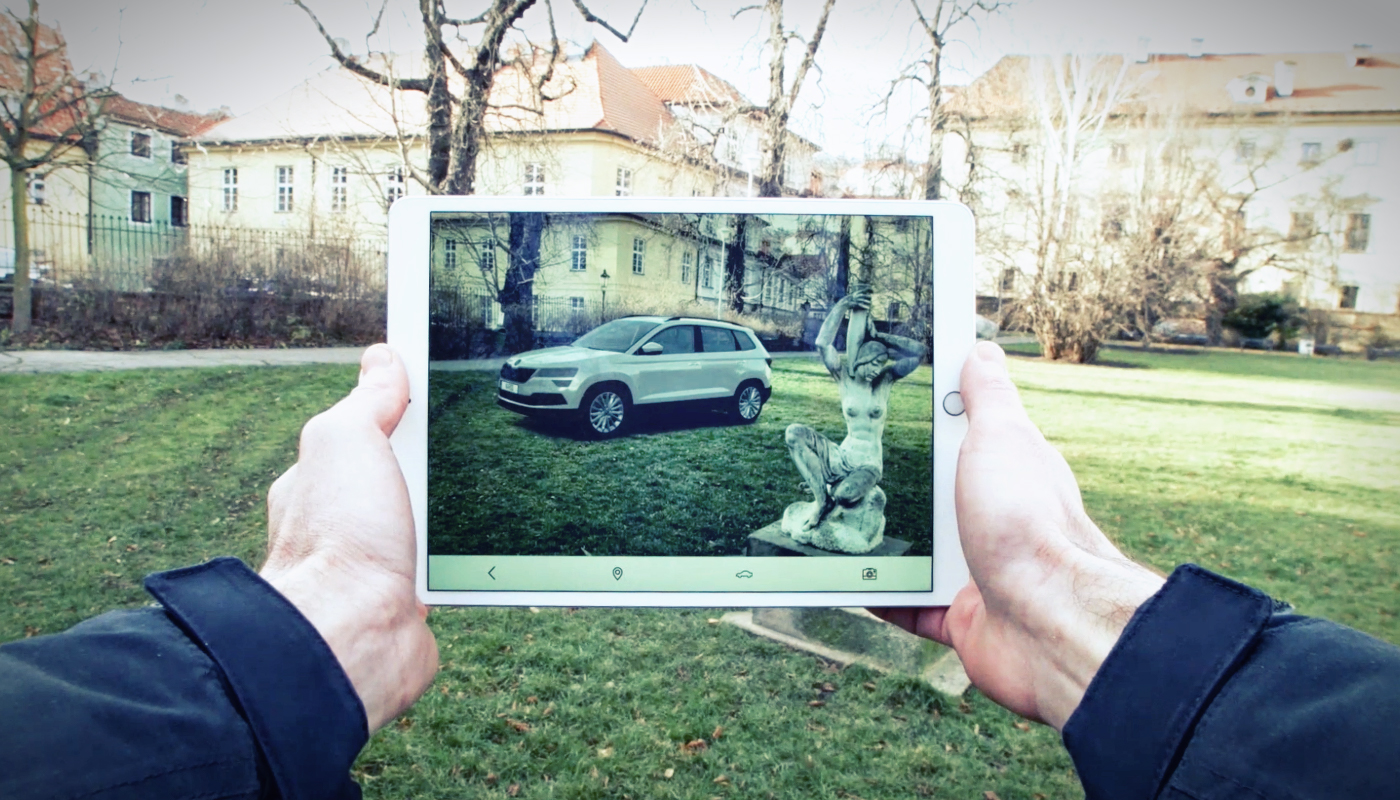 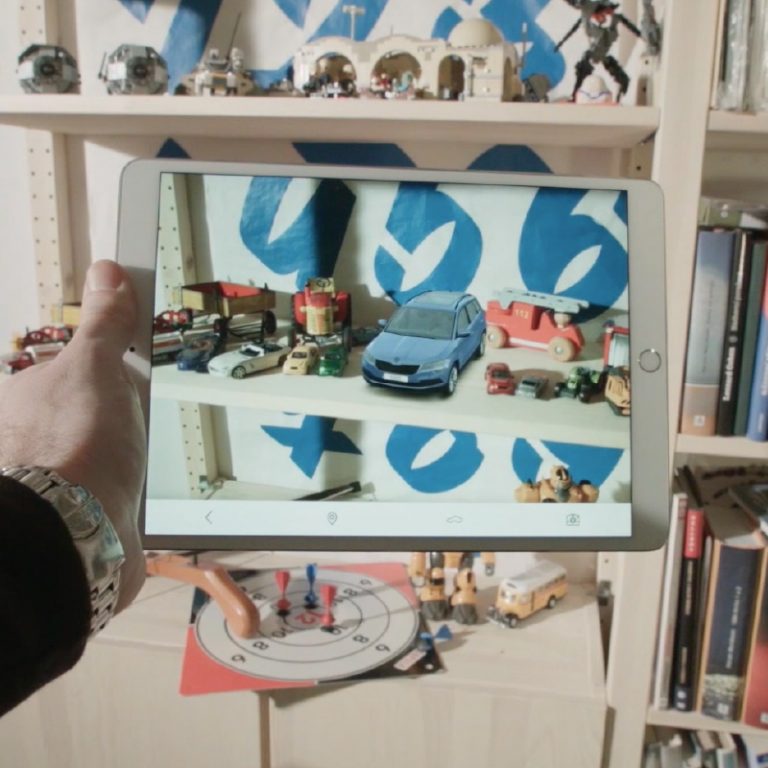 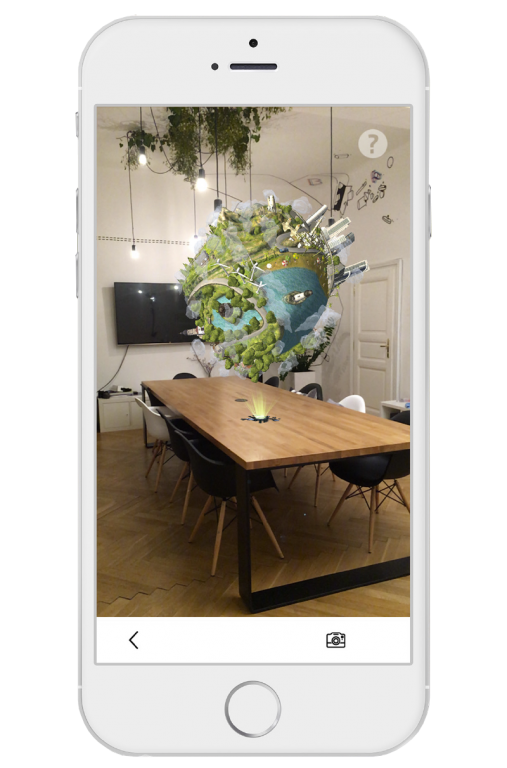 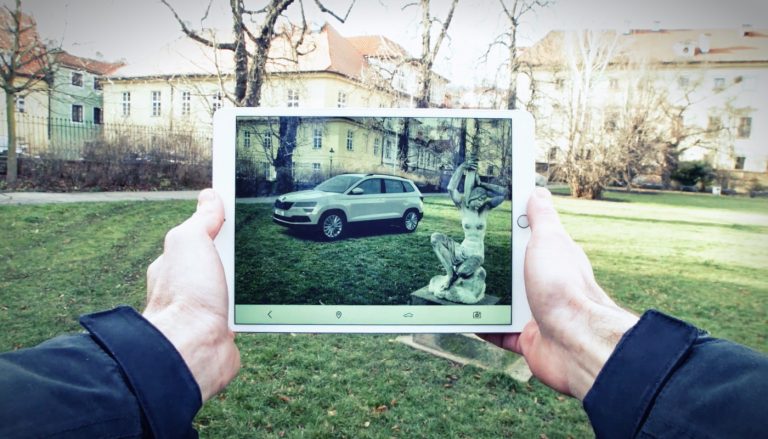 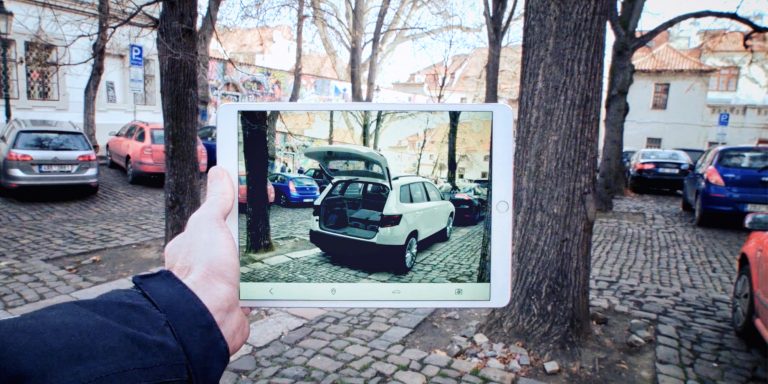 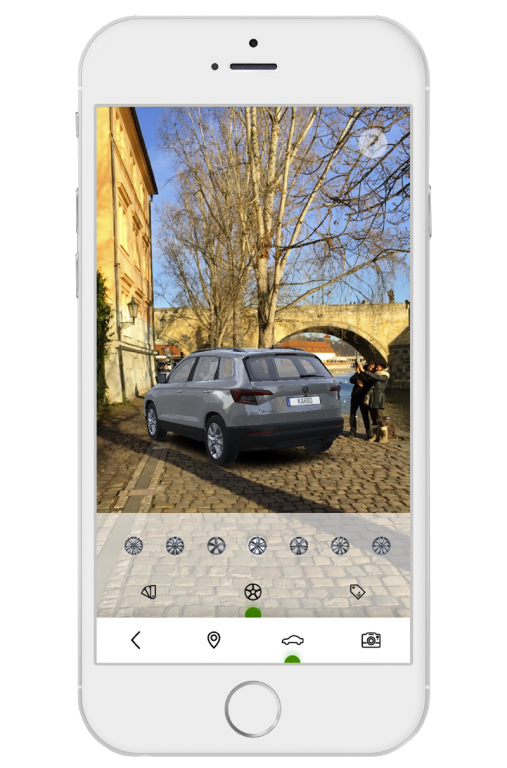