The second part of Ambre and Aljaz’s inspiring road trip featured magnificent views, a stately river, slate villages and port vineyards on every slope. Doesn’t it make you want to get in the car and explore?

Surfer and yoga instructor Ambre and photographer and filmmaker Aljaz continue their journey through the picturesque landscape of the Iberian peninsula. This time they drive a ŠKODA OCTAVIA iV plug-in hybrid to explore the beauty, monuments and natural wealth of Portugal. Today’s journey will start in a city famous for its wine... and it’ll end there too.

One of the biggest delights that Ambre and Aljaz encounter along the way is Porto, Portugal’s second largest city. The capital of the north of the country has given the world the delicious wine named after it. But despite its small size, Porto offers countless other attractions: from the charming bridges designed by Gustavo Eiffel, the tangle of streets and alleys that twist and turn up the steep hillside from the River Douro to the centre (which is a UNESCO World Heritage Site), the plethora of bars and pubs and the ornate houses lined with tiled façades, to the gorgeous sandy beaches tempting you to pit yourself against the best Atlantic surf waves. 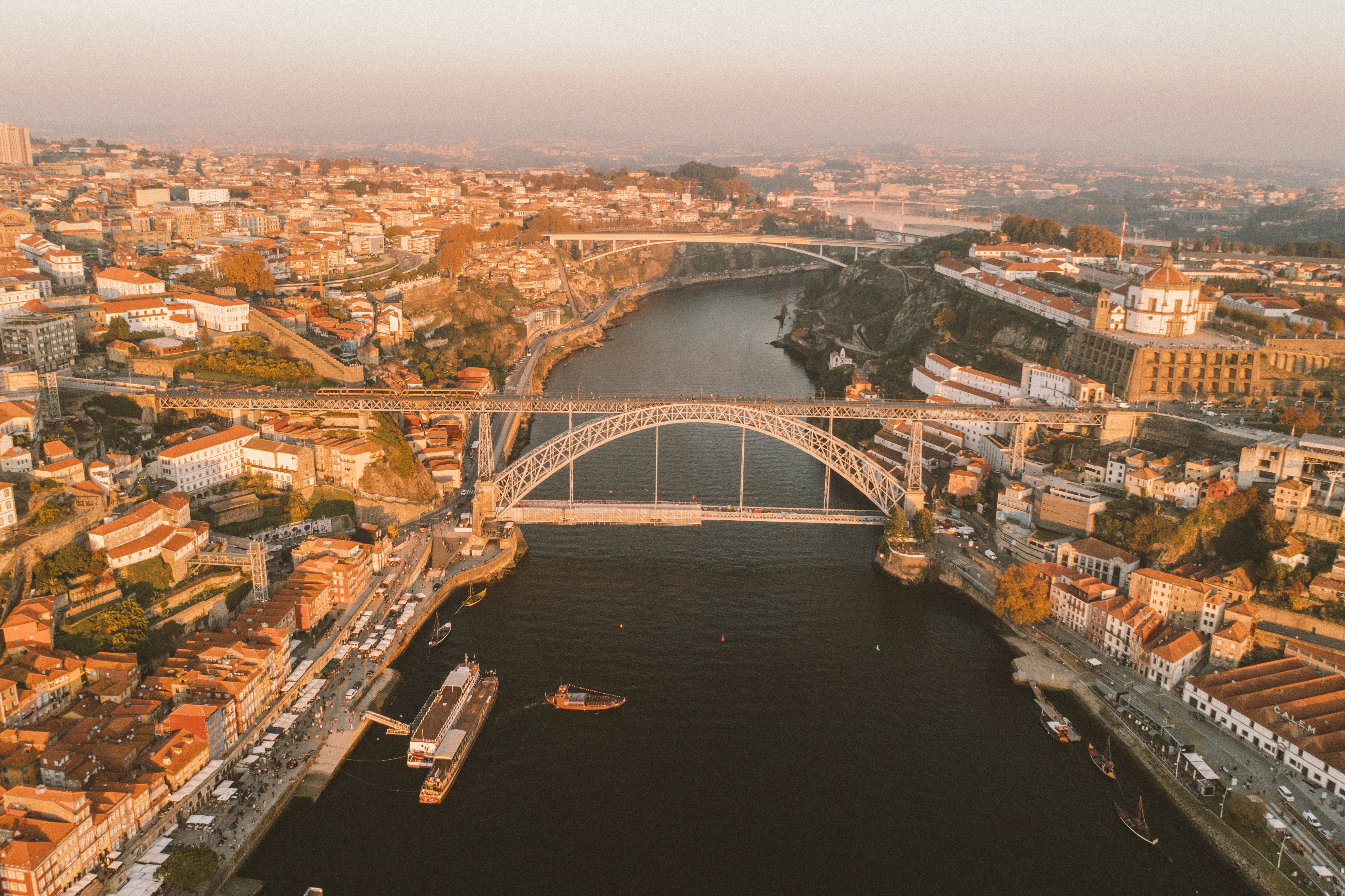 The Maria Pia arched railway bridge was built in 1877 to a design by Gustav Eiffel. It takes trains arriving in Lisbon over the River Douro.

Beyond the leafy mountainsides lies a lesser-known facet of Portugal. Gondarém and Midões are two of the area’s 27 villages characterised by houses built from local slate. The streets are also paved with this rock. The palette of slate hues blends so seamlessly into the colours of the natural environment that the towns sometimes seem to blend into the landscape. 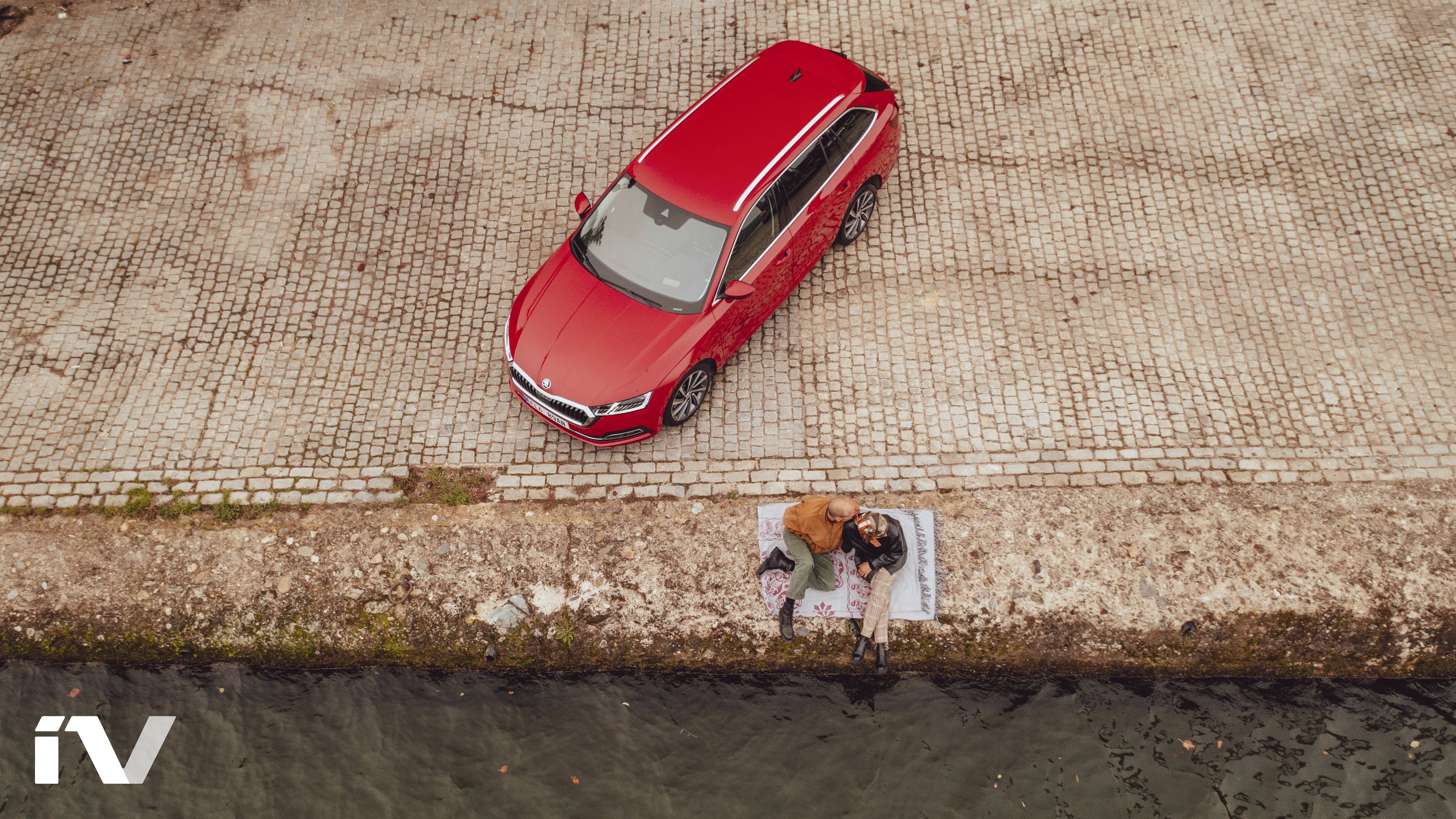 When a vote on the world’s most beautiful road was held, the N222 winding through the Douro valley on its river’s southern bank took first place. Try the Almendra-Pinhão section, where you’ll run out of words trying to do justice to the spectacular views. Vineyards spread out over the terraced hillsides; countless almond and olive trees; picturesque villages and the winding river below you; and in some spots sand has been laid down to make river beaches! There’s also an added bonus for motorists: the road’s asphalt as smooth as glass. 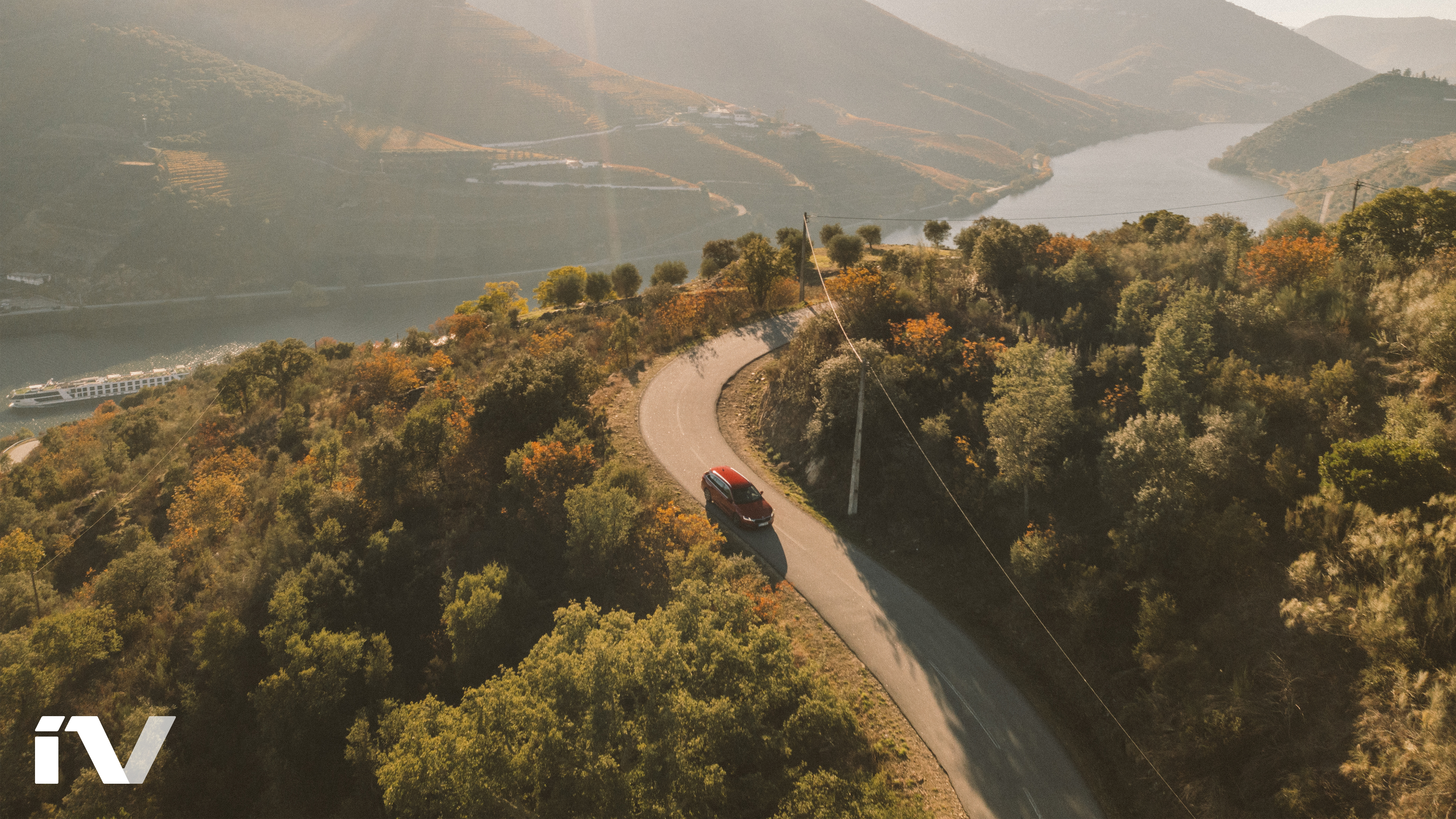 The N222 road runs alongside the river and vineyards – what more could visitors to Portugal wish for?

The OCTAVIA iV plug-in hybrid may be a fuel-efficient and economical car, but it achieves that without compromising on performance or dynamic driving experience. It accelerates from zero to 60 mph in 7.9 seconds, in fact. The car offers a system output of 150 kilowatts and a completely emission-free all-electric drive range of over 60 kilometres. The 450-litre luggage compartment (increased to 490 litres in the COMBI version) can take everything you need for your holiday travels, and the sophisticated interaction of the new 1.4 TSI petrol engine and electric motor means you can reach even the westernmost tip of Europe with comfort and ease. 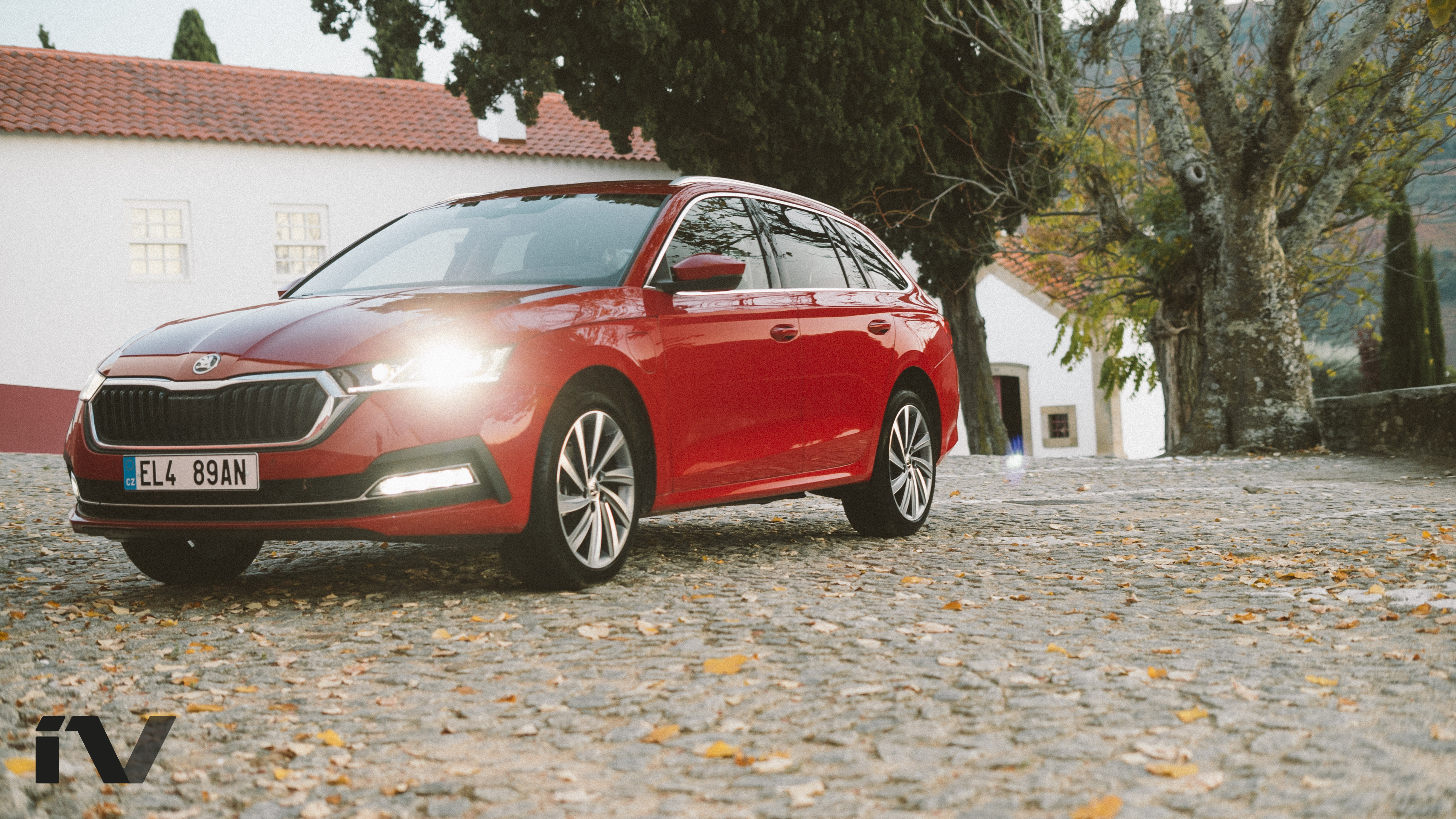 Called the Duero by the Spanish, the river rises in the Iberian mountains and empties into the Atlantic at Porto. The Douro is 925 kilometres long and forms the Portuguese-Spanish border for 112 kilometres. The Portuguese part is just over 200 kilometres long and our secret tip is to head upstream. The ŠKODA OCTAVIA iV can handle the beautiful route like nothing. There are swathes of port vines and grapes growing around the river, and every now and then a miradouro, a stopping place with a view, appears by the roadside. And there’s certainly plenty to see. The closer you get to the Spanish border, the more austere the countryside becomes. A few locals, a village here and there, incredible scenery everywhere. This hinterland is the real Portugal, rugged and sparsely populated. And that’s the beauty of these places. 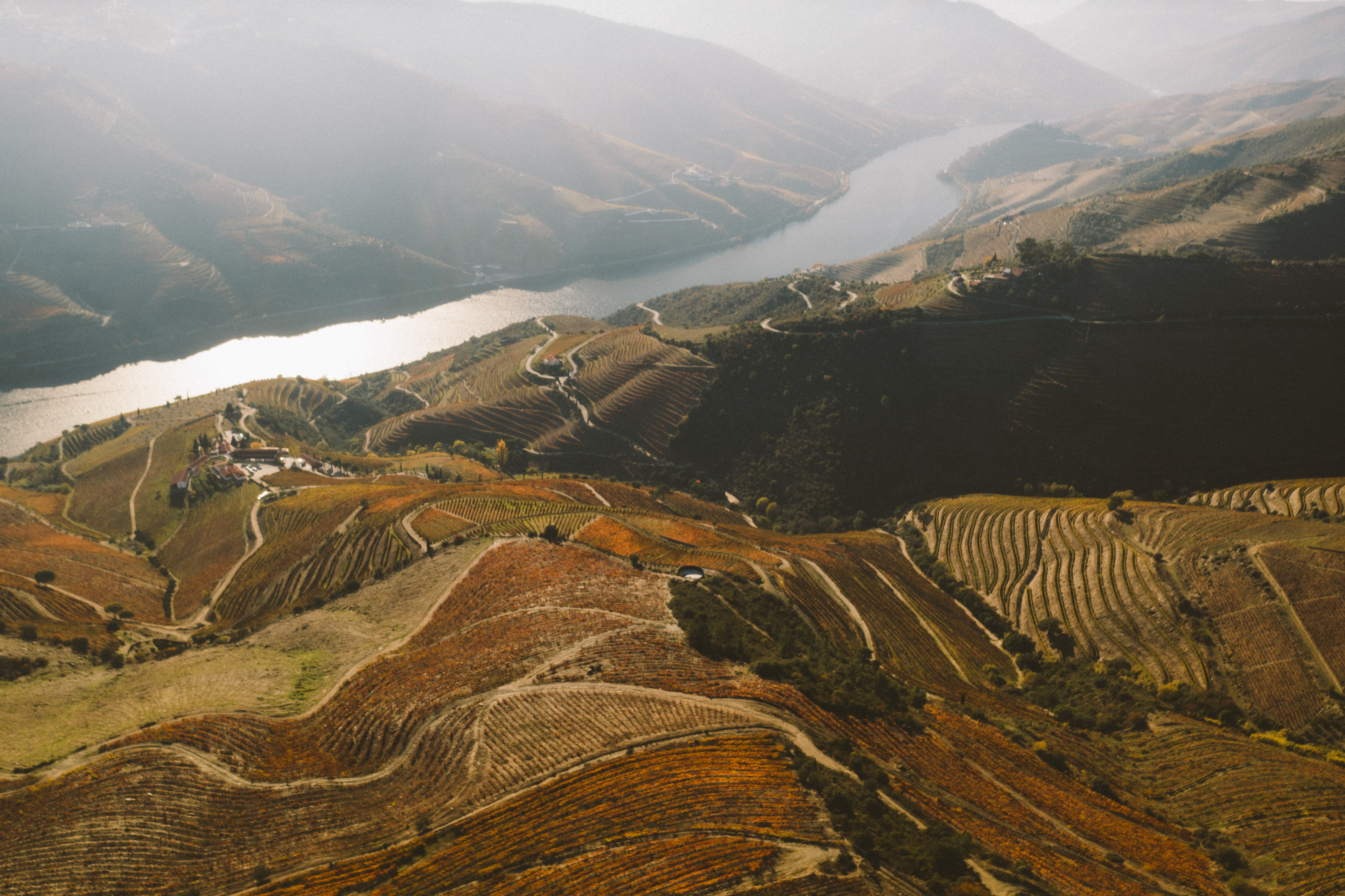 On either side of the river there are endless vineyards growing port grapes and the road is lined with laybys offering stunning views.

As we said before, the slopes above the River Douro are famous for the vineyards that yield world-famous wines. The entire Alto Douro (High Douro) wine-growing region covers more than 24,000 hectares and has been producing wine for more than 2,000 years. In 1756 this region became the first wine-growing area protected by law, and in 2001 it became a UNESCO World Heritage Site. The most famous wine produced here is, of course, port. The region is made up of thirteen municipalities called concelhos. Which are the best to visit? All of them! 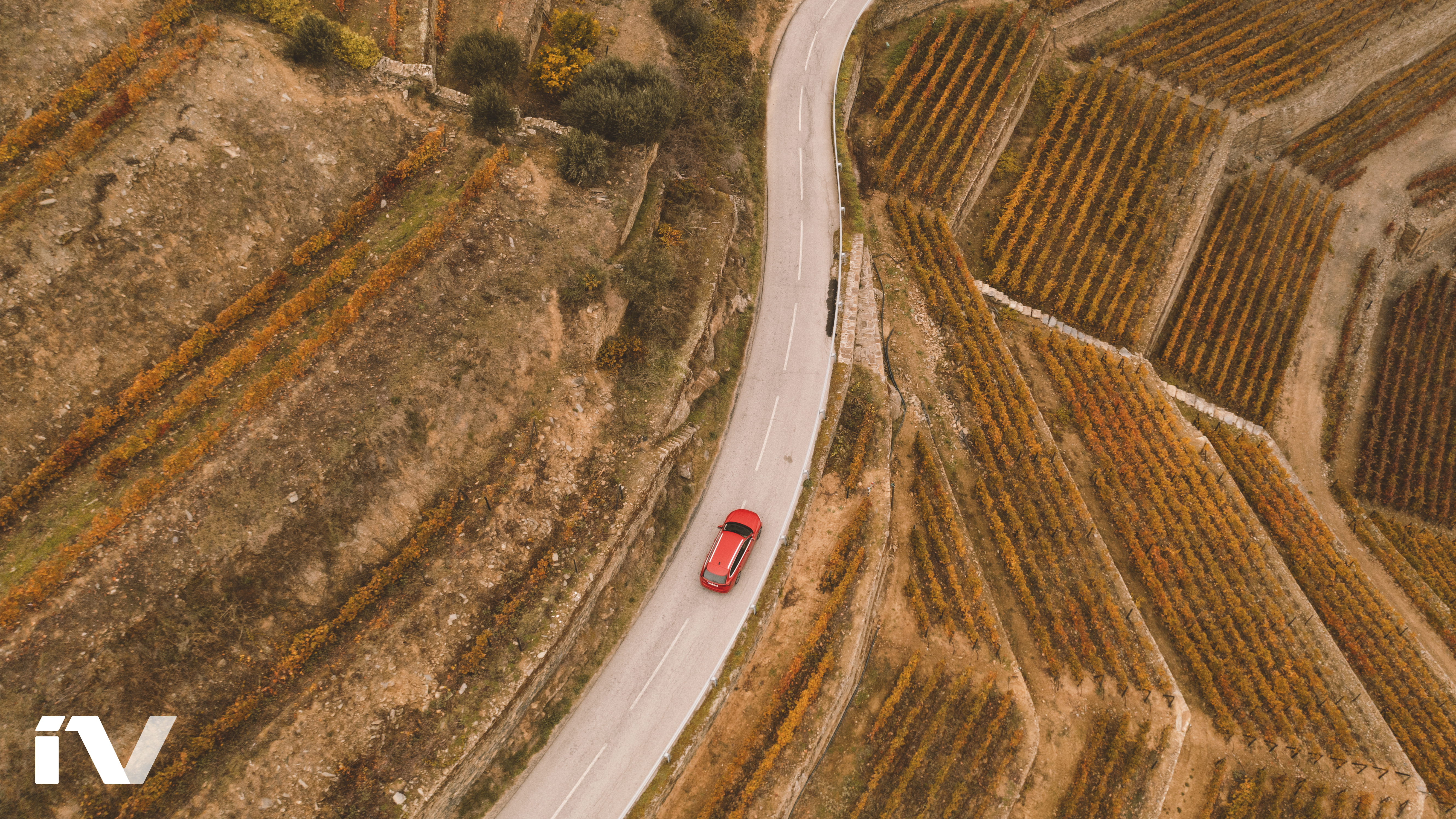 The Alta Douro wine-growing area was added to the UNESCO World Heritage List in 2001.

So where will Ambre and Aljaz go next? A ŠKODA KODIAQ RS will take them to Spain. Into the mountains, around the monuments and, of course, down to the sea, which forms such an essential part of our two explorers’ lives.

Ambre is a surfer and keen traveller. You’re most likely to come across her on southern Europe’s surfing beaches, but her career has taken her to lots of different parts of the world. Aljaz is a filmmaker and photographer based in France, his main focus today is content creation for surf brands. He is also involved in charity projects that accentuate social development, education and personal self-expression, such as Rugby Libre. 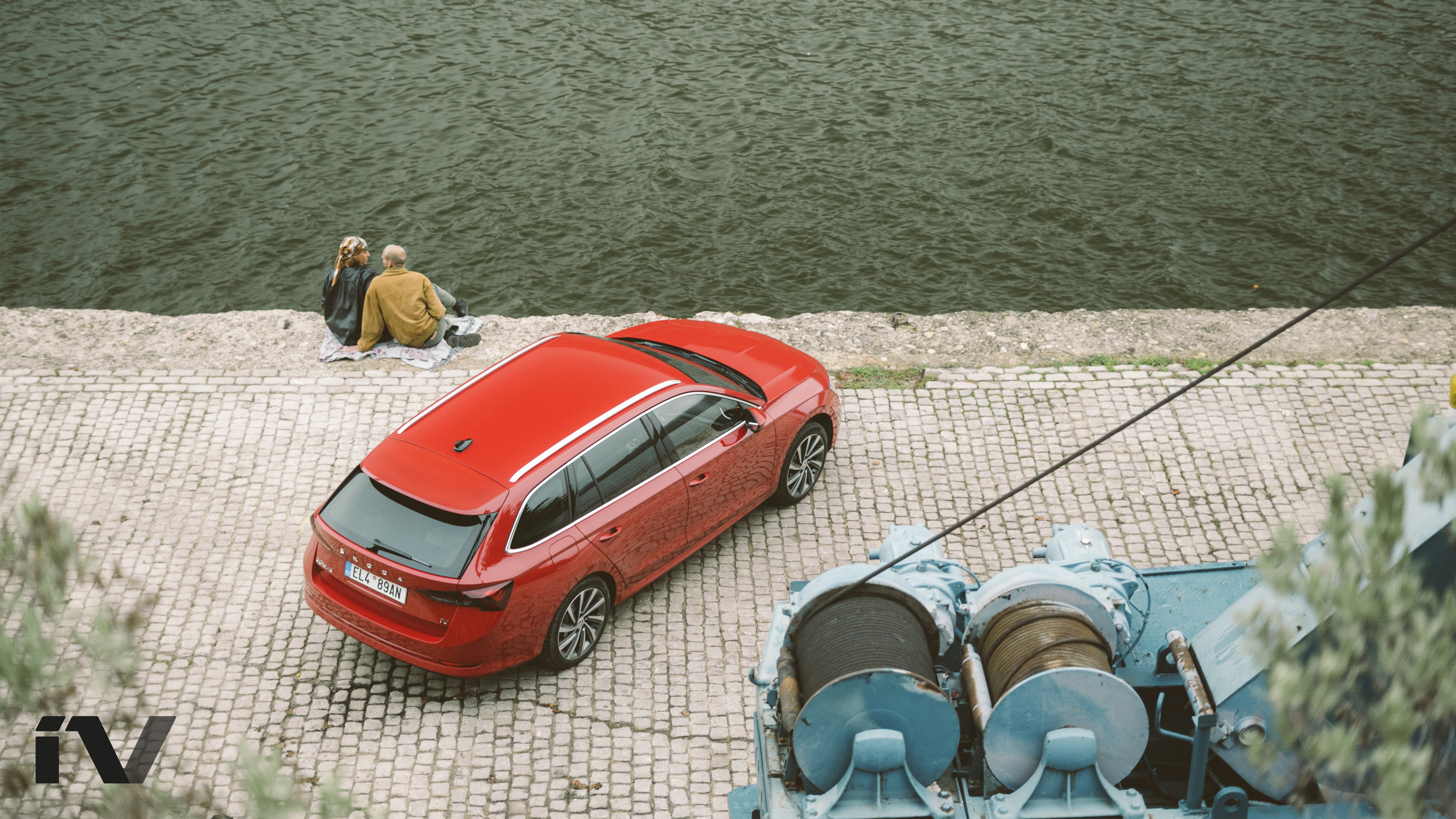 Next up in Road Trip series

ROAD TRIP THROUGH THE PORT COUNTRY 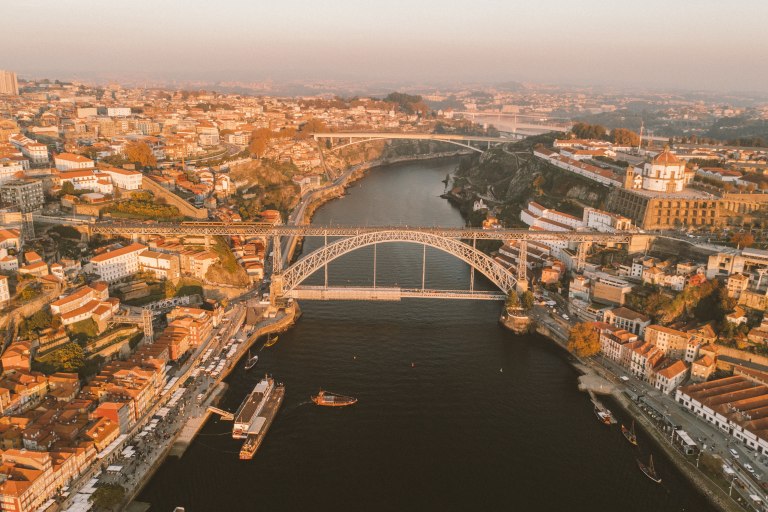 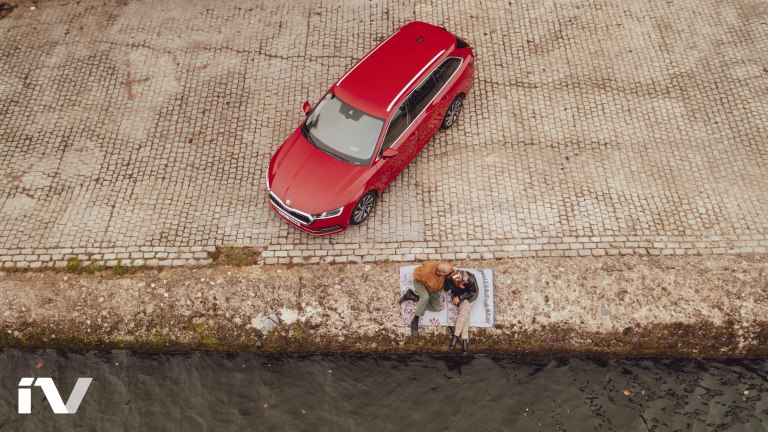 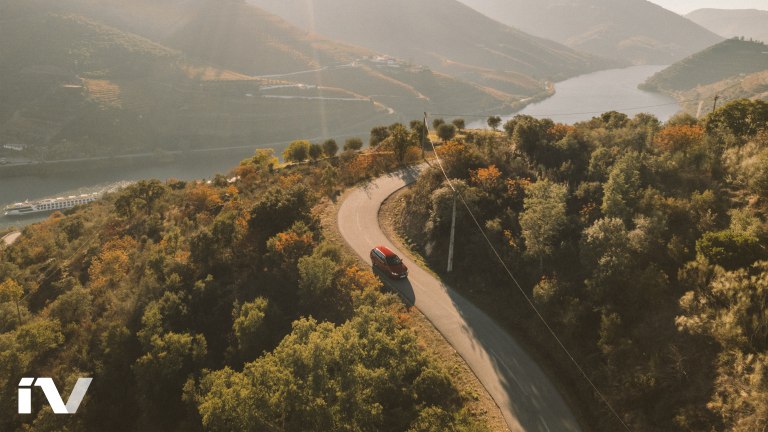 The N222 road runs alongside the river and vineyards 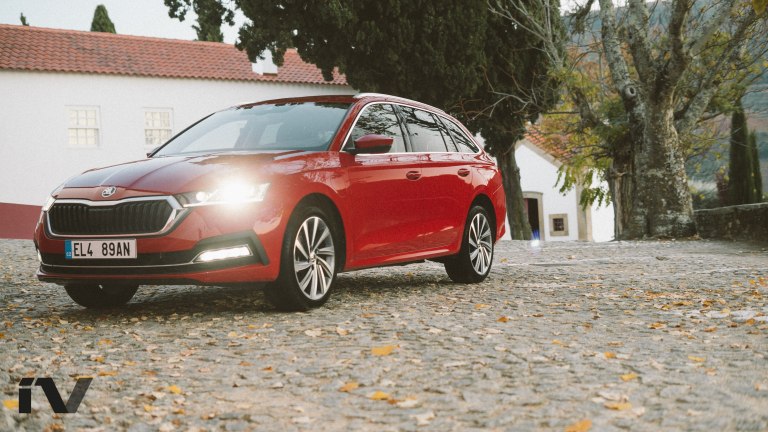 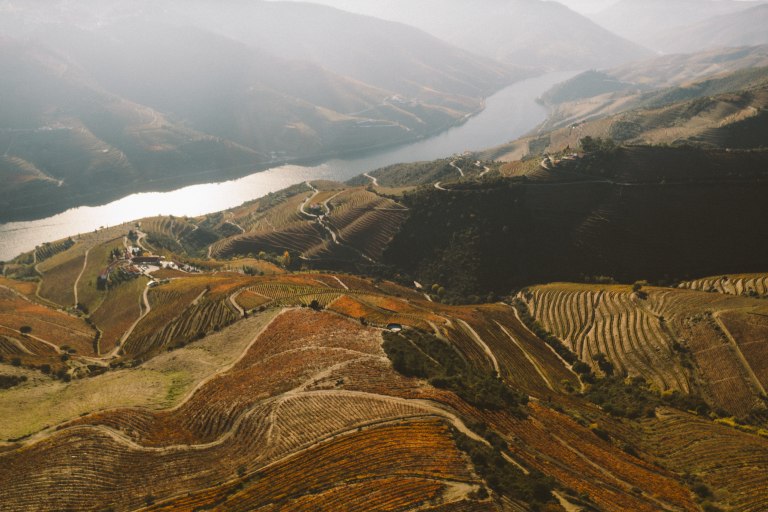 The slopes above the River Douro 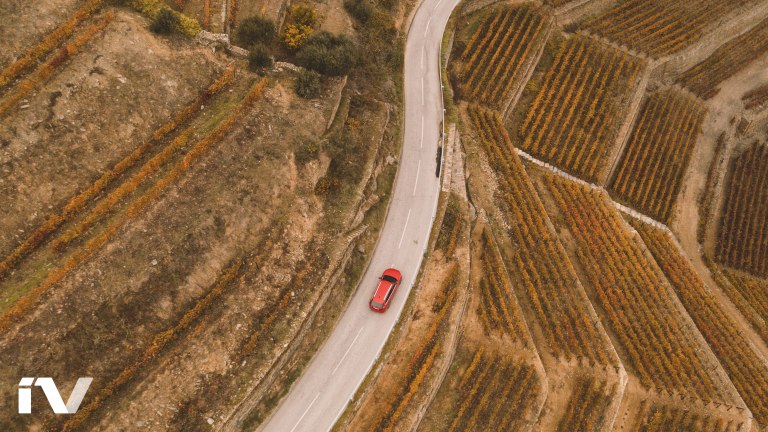 The Alta Douro wine-growing area was added to the UNESCO World Heritage List. 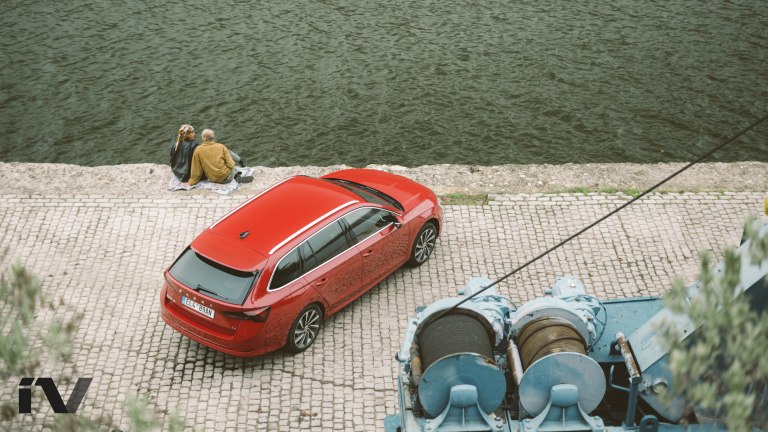 Ambre and Aljaz continue journey through the Iberian peninsula.