What would the legendary ŠKODA 130 RS look like if it was made by a contemporary designer? Enter the world of designers’ imagination and find out what inspires them.

As Aymeric Chertier walks around the magnificent specimen of the 130 RS in the ŠKODA Museum, he can’t hide his admiration. “This car was made with one clear purpose that radiates out of it. It was meant to be fast, and it was designed and constructed accordingly. Everything serves that purpose: the body shape, the roll-bar, the seats, the overall arrangement of the interior. Everything was created with function in mind, so that this car would be the fastest,” he describes. It’s evident that he loves cars that have a clearly defined purpose and function and that contributing to the Icons Get a Makeover project by reimagining the 130 RS was a labour of love for him.

“It is that essence, that purpose, that I tried to transpose into my modern interpretation of the 130 RS,” Aymeric explains. He learnt to think hard about the essence of a product during his university studies. “The industrial reality is a bit more pragmatic. Our products are the result of compromise and respect the risk represented by the huge investment in them. The investment simply has to pay off,” he says, describing the principles of his day-to-day work. With his modern interpretation of the 130 RS, though, he was able to take the shackles off his imagination and create a car that was anything but a safe bet, a car that arouses passions and wants to be a real piece of sporting equipment, just like the 1970s legend. 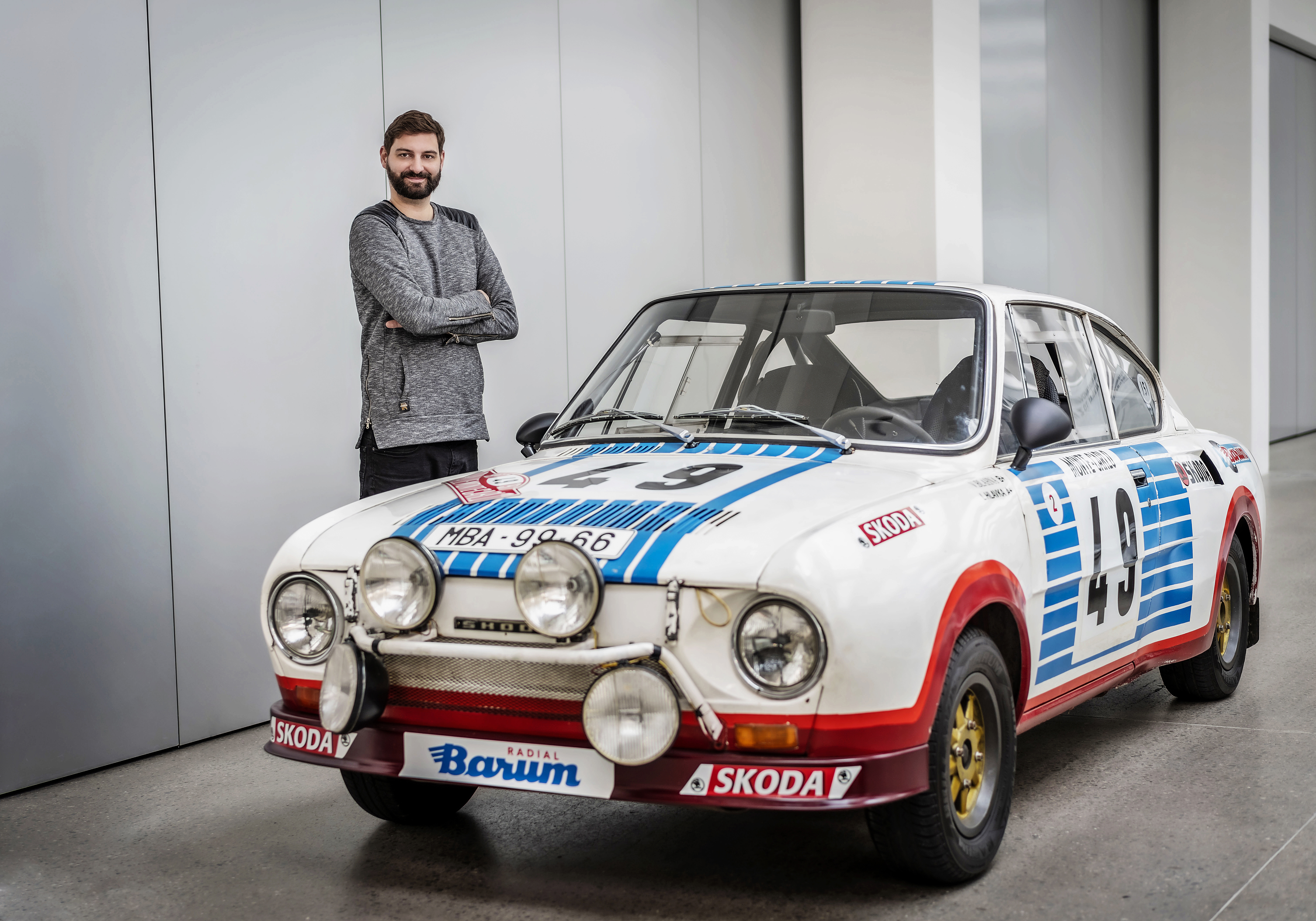 His study of the 130 RS is therefore more than just a stylish car that wants to turn heads with a retro design inspired by a successful racing model. “In its day, the 130 RS was a car that broke down many barriers and was completely out of the ordinary,” says Aymeric, possibly without realising that his statement is true in more than one sense. That’s because the 130 RS, a product of the then communist Czechoslovakia, broke out of the confines of the communist bloc. The car's international success earned it the nickname “the Porsche of the East”.

He based the study’s exterior design on the original model. “I wanted to refresh the original car, not change it. I retained its essence and characteristic lines and added certain details that we know from modern WRC cars, for example,” the designer says, explaining the retro feel combined with the distinctive muscular shapes of his car.

While his 130 RS stays true to tradition from the outside, inside it is innovative and breaks down barriers. Aymeric designed a brand-new roll-bar that forms part of the car's basic structure. “It isn’t a bolted-on safety cage, but an integral part of the chassis. The structure holds the entire interior, supporting the dashboard, seats and doors and embracing the gearstick,” he says. “I wasn’t interested in showing off by designing a beautiful and exotic interior. Right from the start I was creating something with a function and a clear purpose,” he stresses.

Another part of the concept is the innovative dashboard, which is basically one large display with three different information zones. In front of the driver there is the traditional set of data on speed, revs per minute and other key parameters. In the middle zone there is more detailed information, such as the temperature of the car’s fluids and engine performance or navigation data. And on the right, in front of the navigator’s seat, is a zone for additional information, such as the image from the car’s rear camera.

One of the most successful ŠKODA racing cars was based on the mass-produced ŠKODA 110 R coupé. The 130 RS was given lots of modifications, though, like reinforcement struts and a roll-bar, aluminium body panels and a 1,298 cm3 engine that was souped up to deliver around 103 kW. The ŠKODA 130 RS regularly won races in its engine class, but also finished in top positions in the overall qualifications at rally events and circuit races. Its greatest achievements include victory in its class at the 1977 Monte Carlo Rally and becoming European championship winning brand on the touring car circuit in 1981. Around 200 ŠKODA 130 RS cars were made from 1975 to 1980. 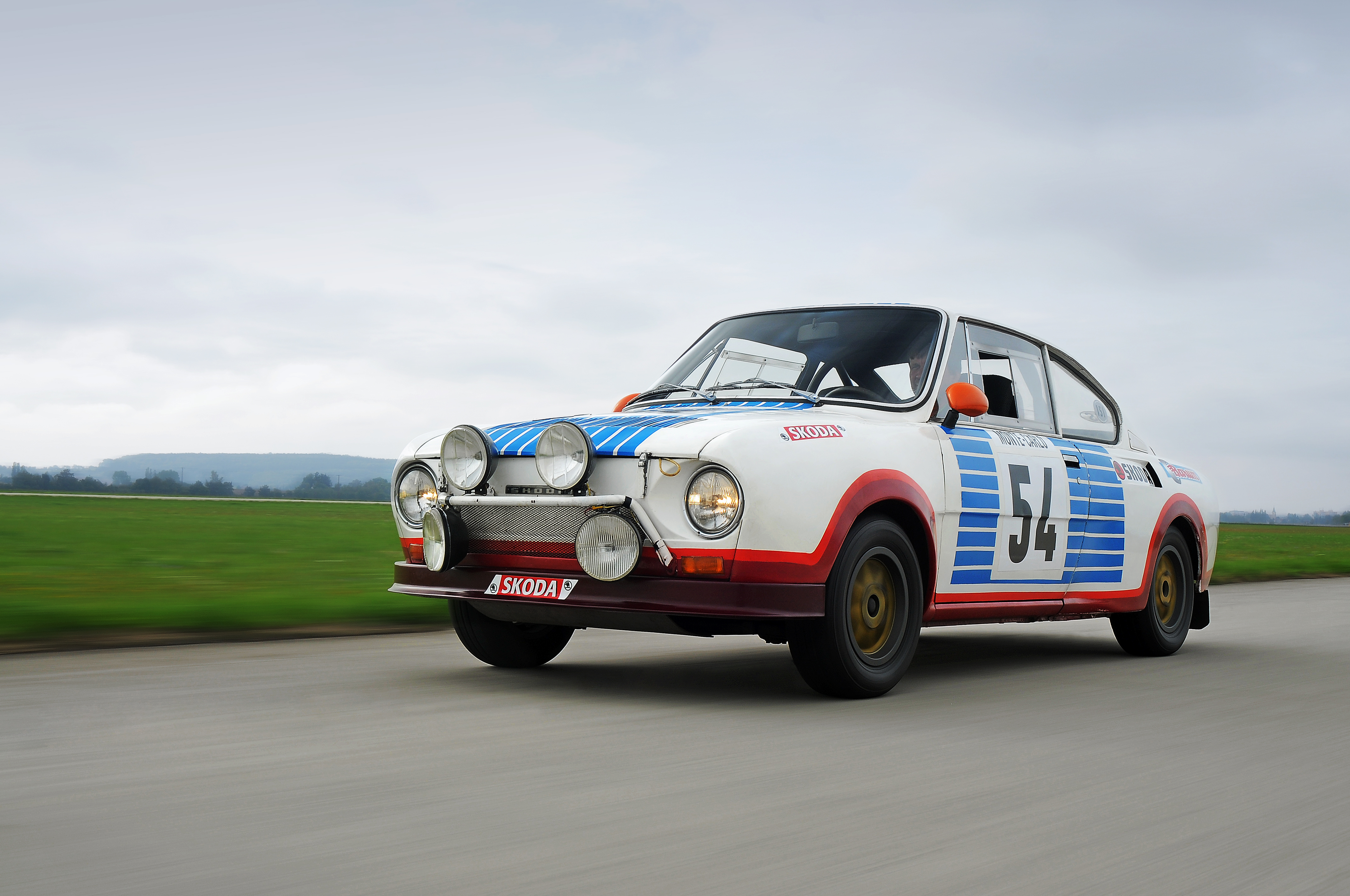 It took several hours for Aymeric to put together the basic concept of the design. That was followed by work on the details. “I’m a bit old-school: I do everything with pen and paper. I quickly sketch out the basic architecture and then fine-tune the proportions and individual lines,” says Aymeric, describing his modus operandi. In this case, he only turned to his computer in the very last phase. “On the computer I add colours to the project so that it is easier for the general public to understand,” he says, adding that he basically knows the whole time what the finished article will look like. If something doesn’t turn out exactly how he imagined, or if his bosses want him to rework something, he reverts to pen and paper. “It might be less efficient, but it’s the way I know how to think and create,” he laughs. 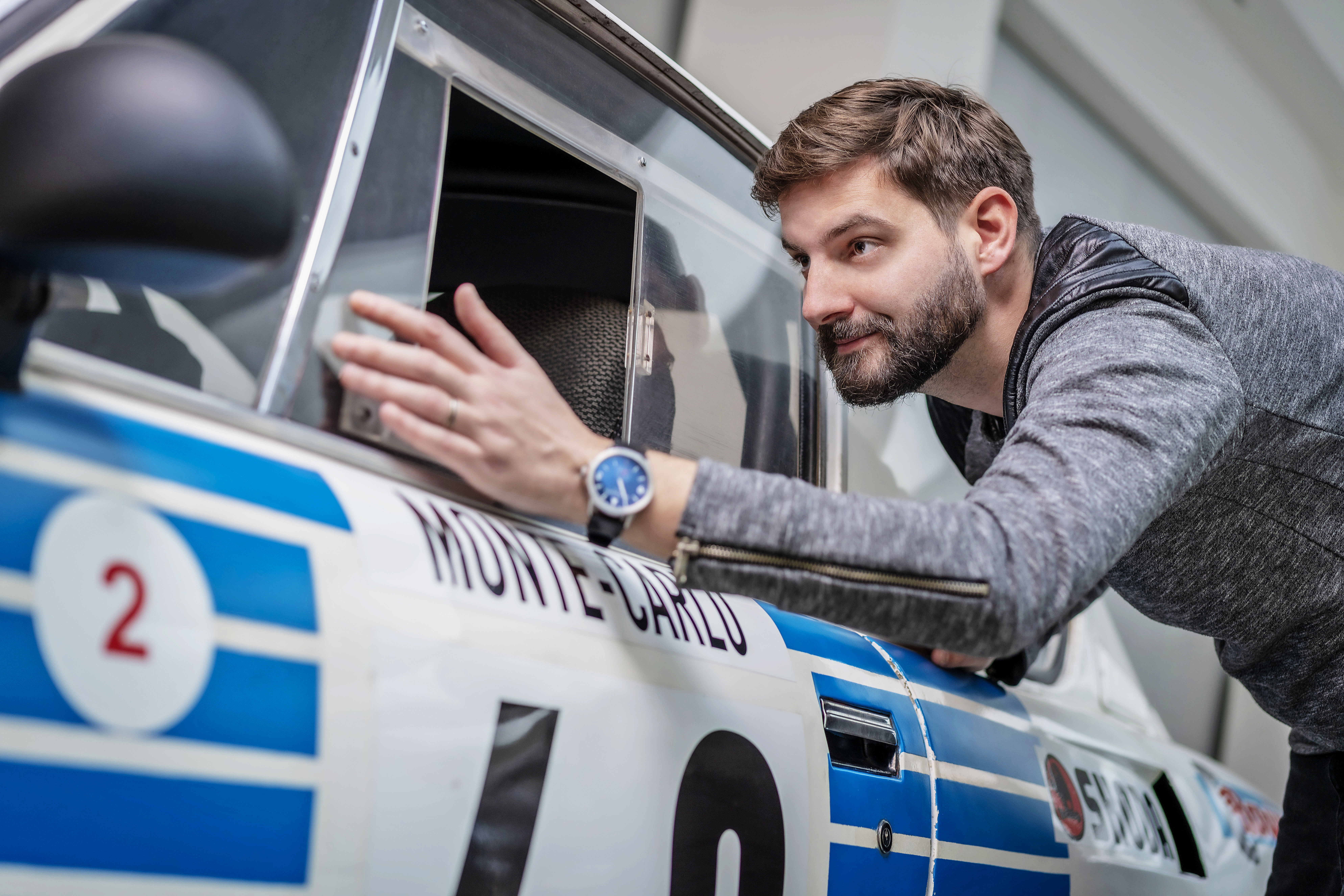 Aymeric remains realistic about his study’s fate. “Even though my bosses and I like the vision, it will remain a vision. The ŠKODA design studies we present to the public always have some connection to something we’re preparing,” he says, explaining why he accepts the fact that his modern ŠKODA 130 RS will remain on paper. “But it would be fun if I could escape from reality again and at least make a little model,” Aymeric dreams.

Since early childhood, the designer of Spanish and French descent would draw cars, and at secondary school he managed to win an internship at an automobile manufacturer. There he fell in love with this field, and later he studied at France’s Strate School of Design. He started his first job in an automobile manufacturer in 2011. At SEAT three years later, he got to know the VW Group environment, and he has currently worked in the interiors section of ŠKODA Design for two years. He plays the guitar and piano. He enjoys woodwork and loves architecture, with Le Corbusier and Santiago Calatrava among his favourite architects. 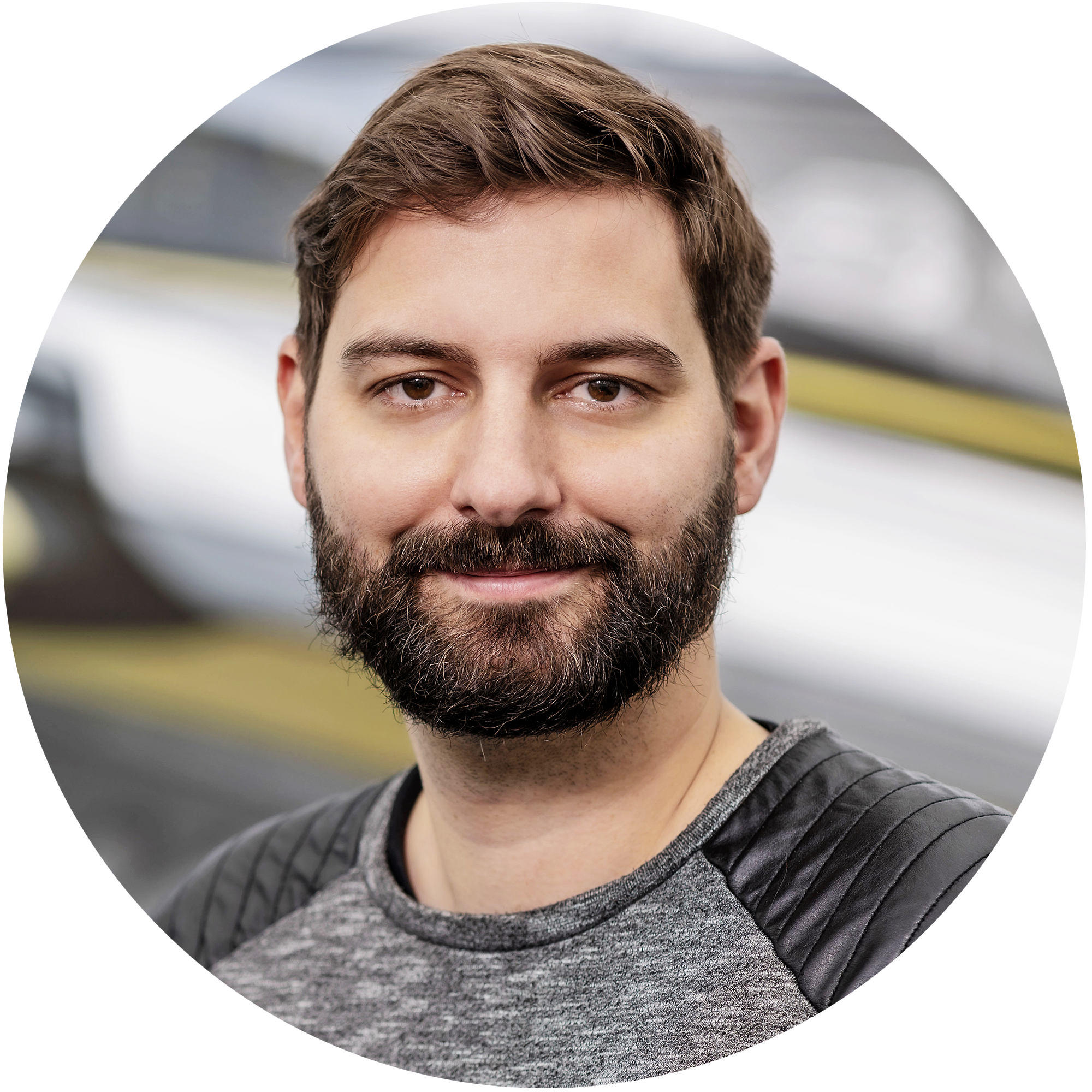 Vision of the ŠKODA 130 RS model 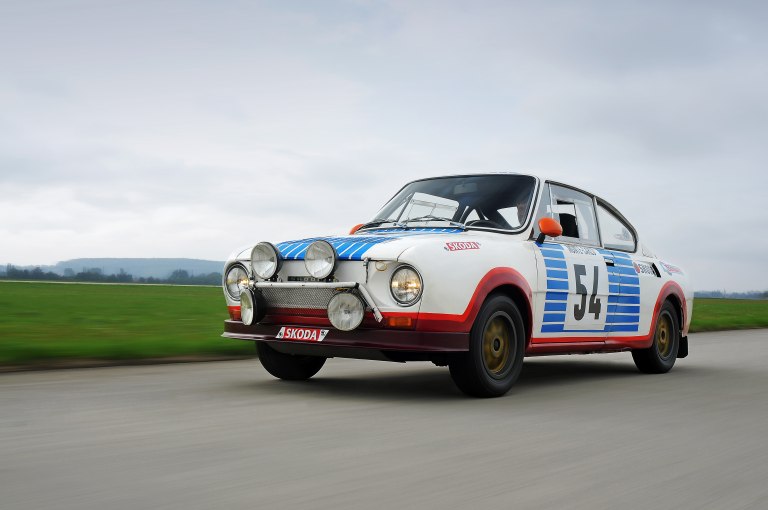 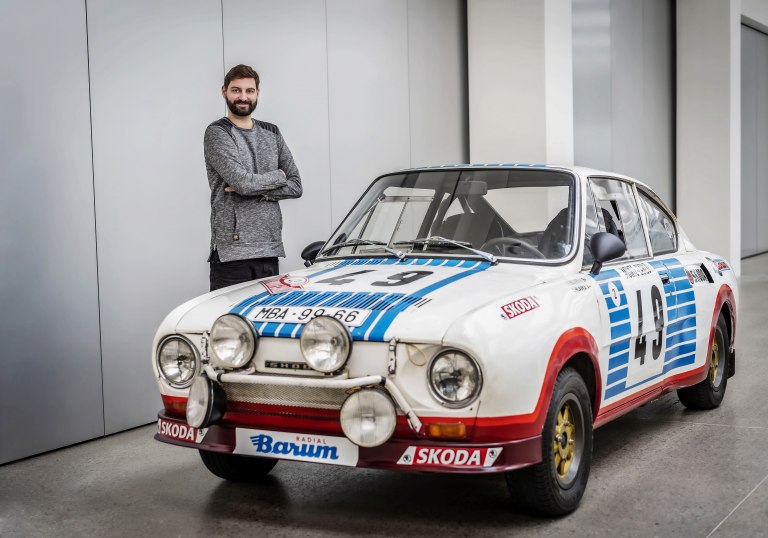 Vision of the interior of the new ŠKODA 130 RS model 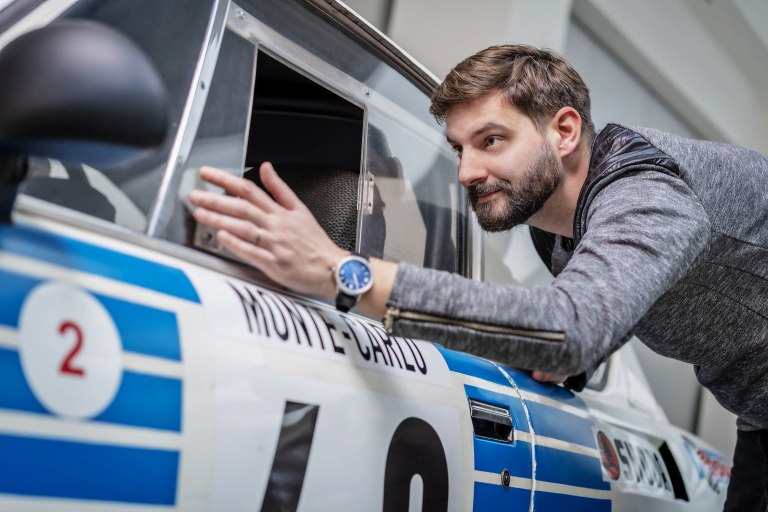 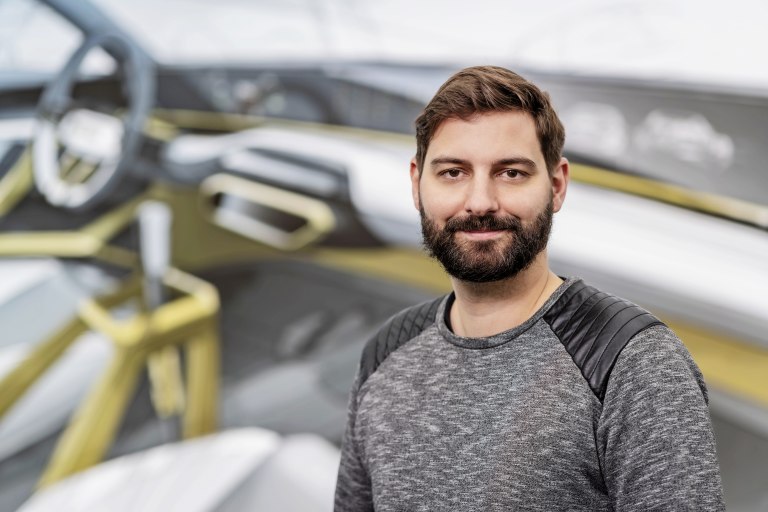