The first journalists have already been given access to ŠKODA’s ENYAQ iV electric SUV in Ireland. The new car’s lines were disguised by camouflage, but there was no hiding its character and driving properties. Read on to find out what organising this kind of event involves.

Ireland’s green fields, picturesque hills, traditional country cottages, distinctive pubs, and in the midst of it all the twisting asphalt lines of narrow roads. And a dramatic sky that evokes the times of the ancient Celts. In February this year, that was the setting for journalists’ first test-drives of the new ŠKODA ENYAQ iV, based on the MEB platform.

The cars, in mainly green camouflage that matched the Emerald Isle’s rugged landscape, passed the tough test with flying colours, and the media’s first impressions were full of praise for the ENYAQ iV. The hard work done by the team that prepared the test-drives in the camouflaged prototypes paid off. In these cases the preparations are even more thorough and complicated than when journalists are first given access to mass-produced cars. 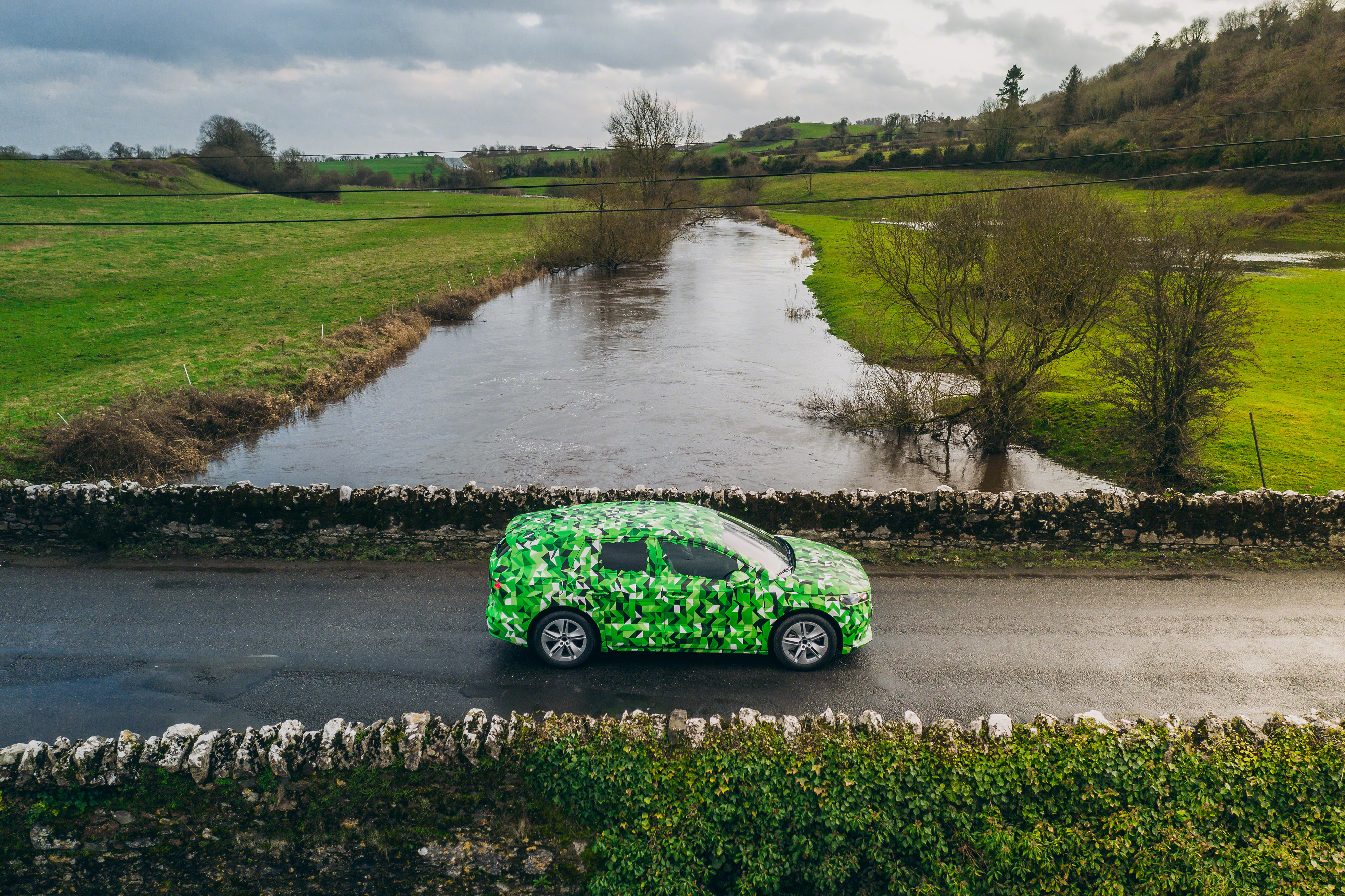 “Test-drives in camouflaged prototypes in a completely new location like Ireland are challenging for us,” says Dr. Florian Weymar, overall head of complete car development at ŠKODA. His team had to find out all about the local conditions long before the scheduled event. “How do we get the guests there? Which are the best roads that won’t attract too much attention, and what are the ideal spots for photos? Where is there a safe place to park our prototypes?  How can we ensure the necessary charging infrastructure,” Weymar explains some of the questions the team ask themselves in the run-up to the event. 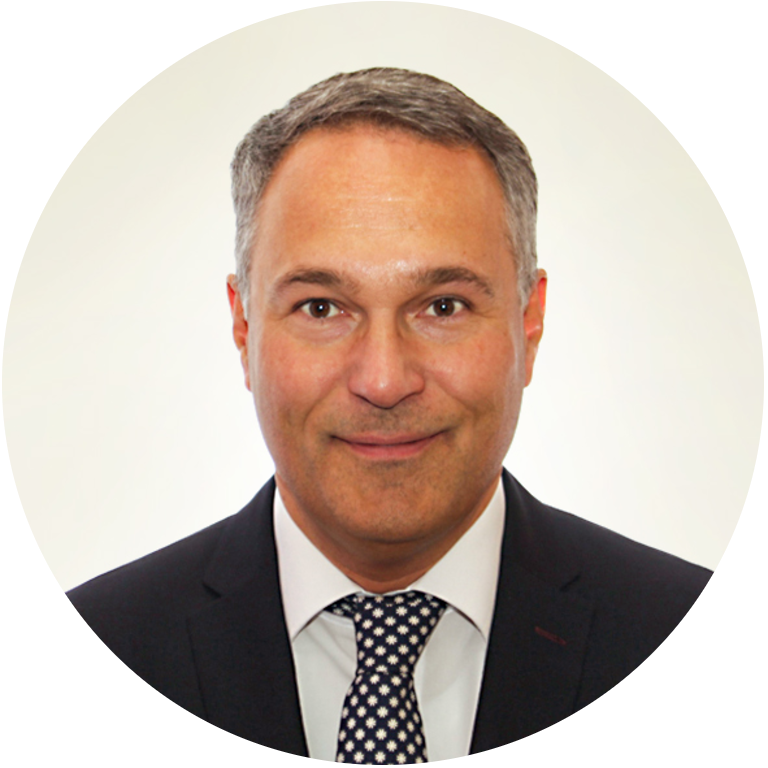 A stately home and an electric SUV

“Our brilliant network of dealers in Ireland helped us a lot, giving us advice and sharing the workload,” says Weymar. In the end, his team chose Castle Durrow, a magnificent 18th century stately home converted into a first-class hotel, as the base for five days of test-drives. As well as preparing conference rooms, interactive presentations and a display vehicle, the organisers had to install a mobile fast-charging station. 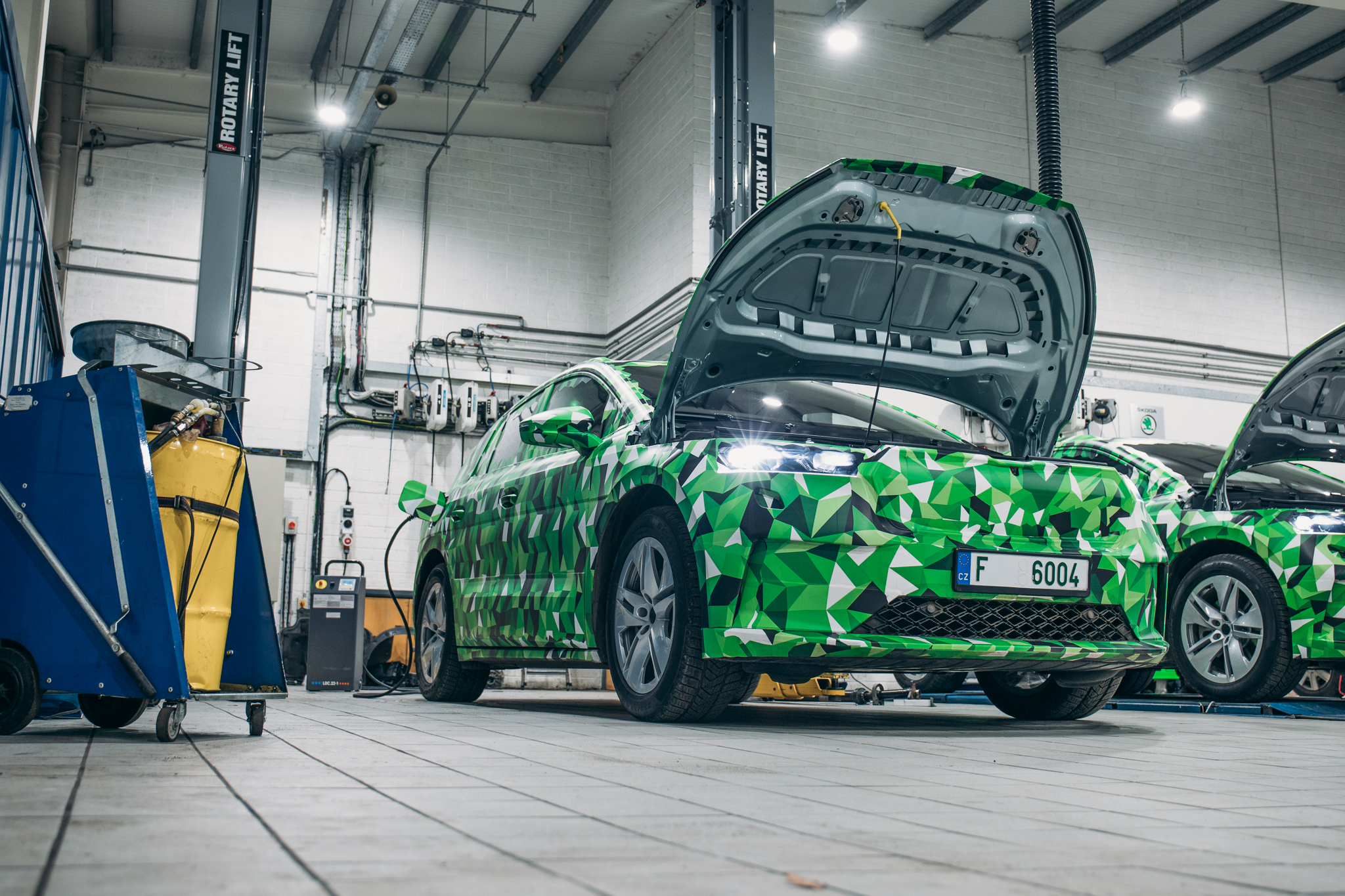 Needless to say, the cars themselves had to be thoroughly prepared. The organisers chose three ENYAQ iV prototypes. Back home in Mladá Boleslav, they worked with specialists from various departments to make sure that everything was in perfect working order. Then the cars were camouflaged with film with black, white, grey and, above all, green details. The purpose of the camouflage is to disguise the car’s lines and certain design details. The cars’ interior was also given a disguise makeover, with only the essential parts of the dashboard left uncovered.

A week and a half on the go

After all the groundwork, the organising team could move to the location. The team included nine Technical Development employees under the leadership of Lubor Loskot, the company’s press, special and VIP cars coordinator. He and his team spent roughly a week and a half in Ireland, ensuring that each car was perfectly prepared before each separate event and every day before the journalists’ test-drives started. The test-driving went on for five days. 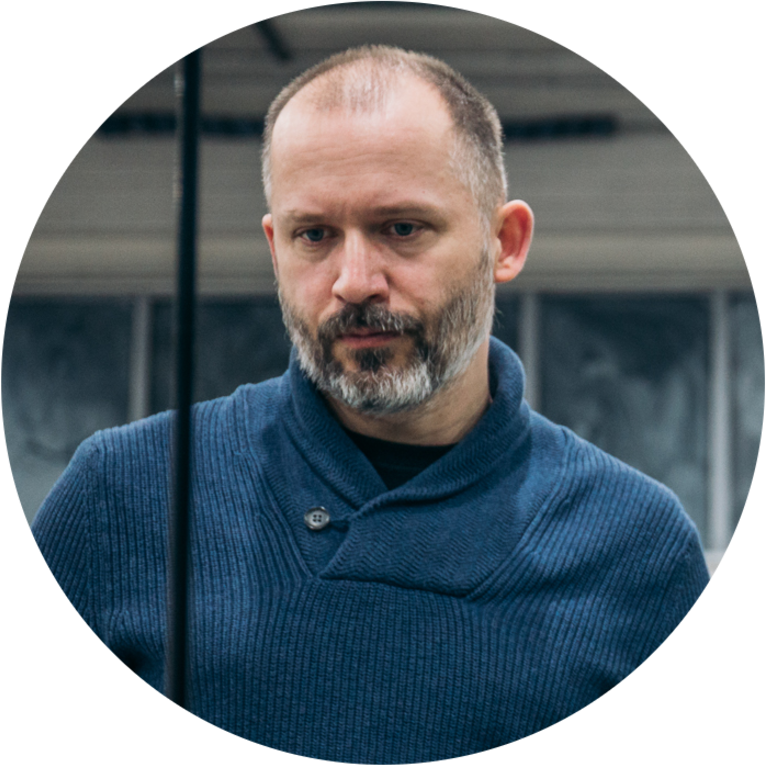 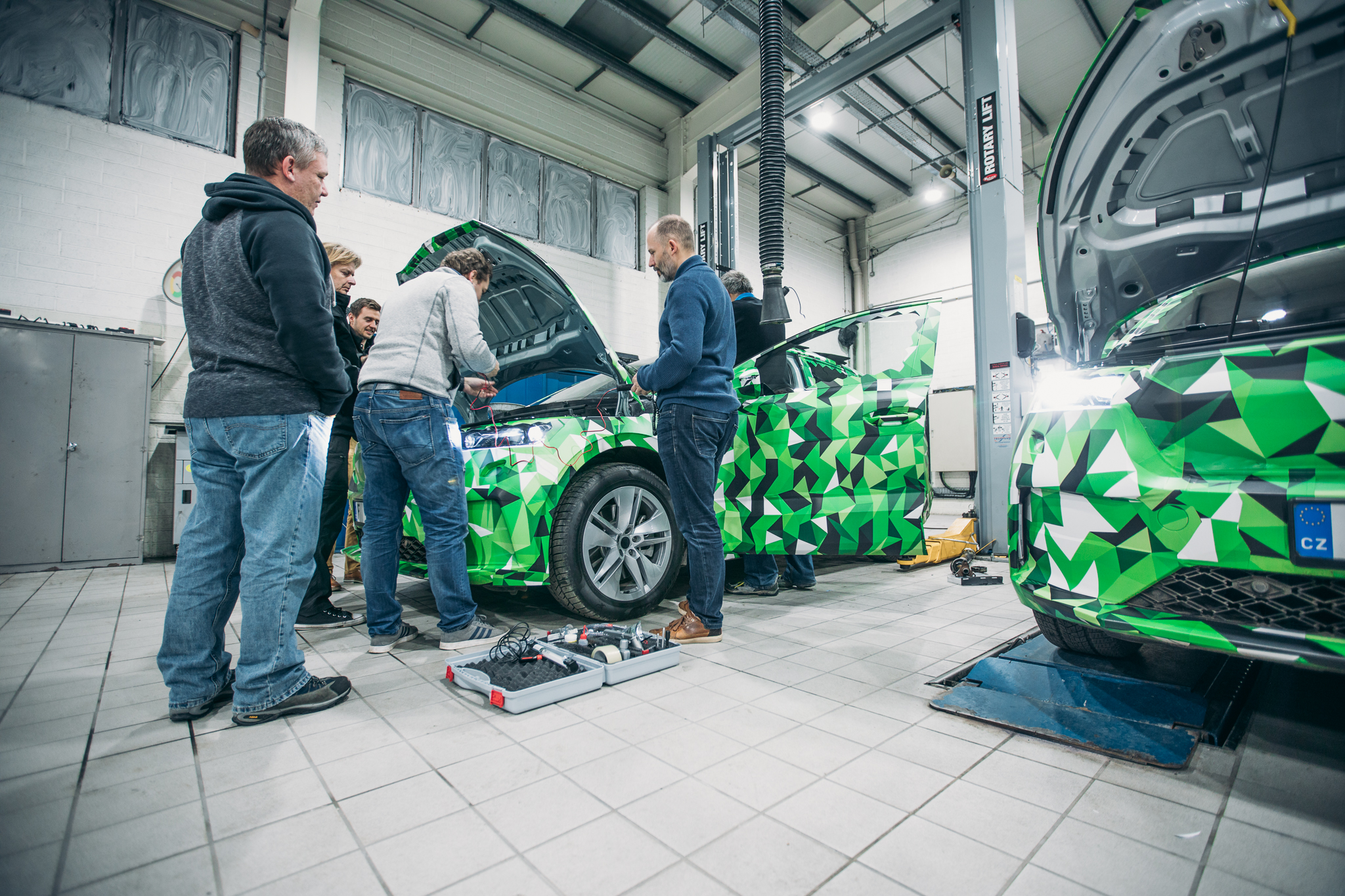 Before the first journalists arrived, Lubor Loskot and his team drove along all the planned routes through the small towns and the countryside of tranquil hills and stunning cliffs. They checked the route and took photos that are now used to present the camouflaged SUV.

Two shifts behind the scenes

All the test-drives in the electric ŠKODA ENYAQ iV SUVs went smoothly. Once in place, the team, which included three electrical engineers, one technician, a mechanic, a paint specialist and an escort car driver, only had minor issues to deal with. All three test cars performed fine when being test-driven by journalists. 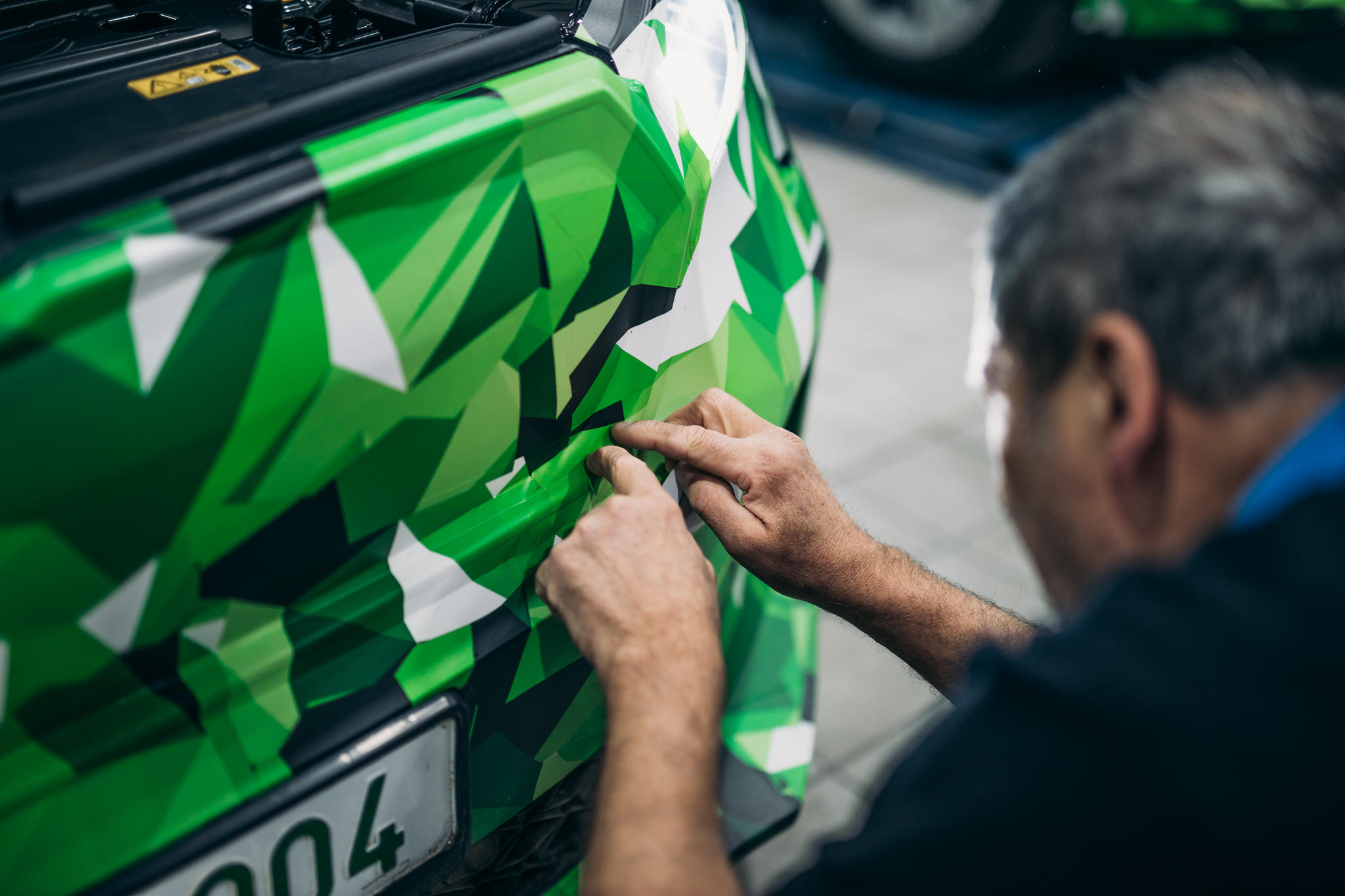 But one or two unexpected situations did crop up.  The technicians had to replace a windscreen cracked by a flying piece of grit, to do minor repairs to the chassis housing and change a flat tyre. From time to time it was also necessary to fix the camouflage, which is of course more prone to damage than a painted car body.

Otherwise, the daily preparation of the cars was routine. But even this routine preparation required the team to work two shifts every day. Every day the cars were cleaned, washed and checked. And the batteries had to be charged, of course. So every day the three ENYAQ iV SUVs were ready for a new batch of journalists, who had the good fortune to be among the first to test-drive ŠKODA’s electric car still in its development phase.

“We managed to do almost all the work behind the scenes,” says Loskot, who is most content when the guests don’t even notice him and his colleagues taking care of the cars during the day. He was fully satisfied with the event and the journalists feedback.

A glimpse of the ŠKODA ENYAQ iV: rear-wheel drive, five levels of performance 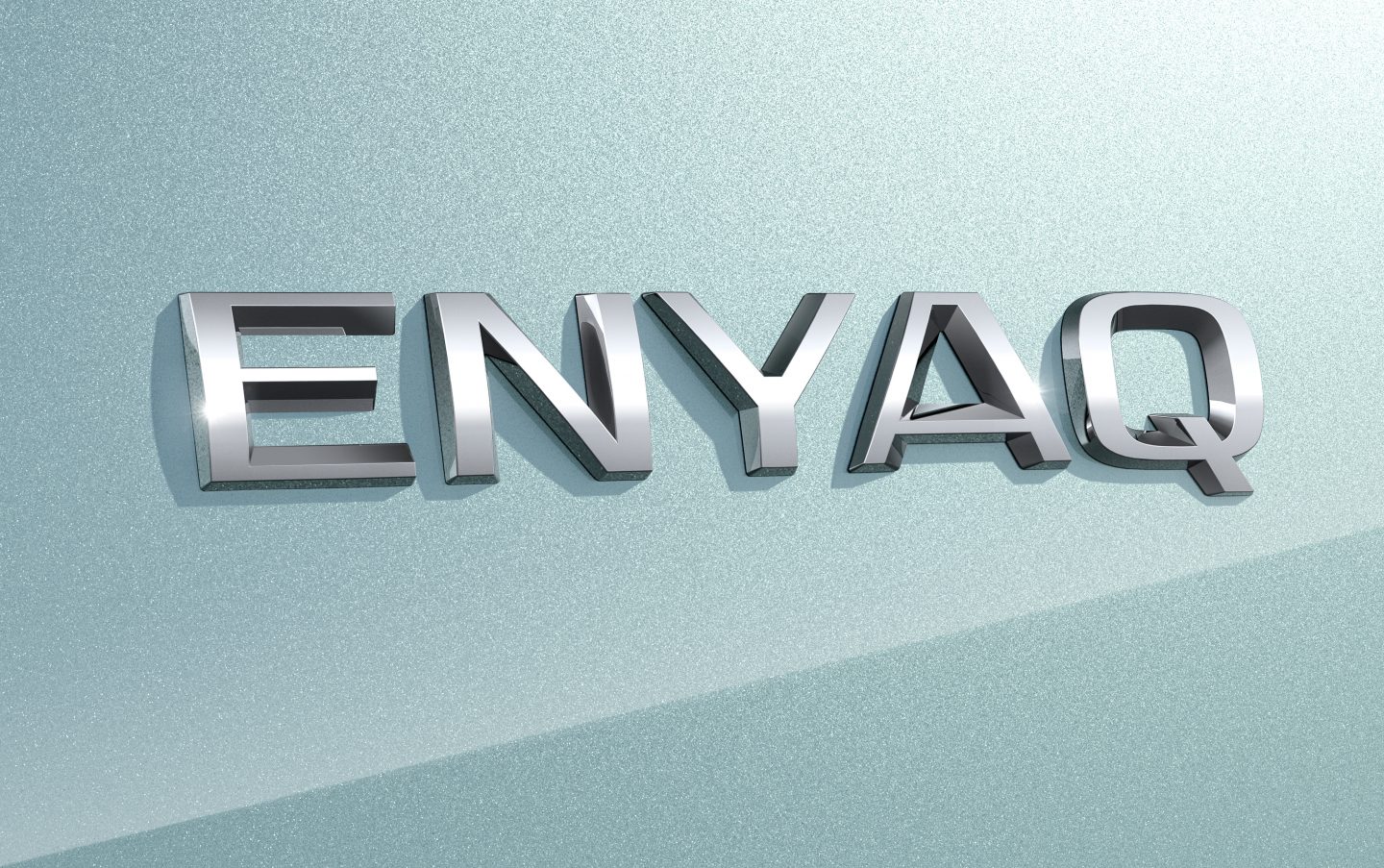 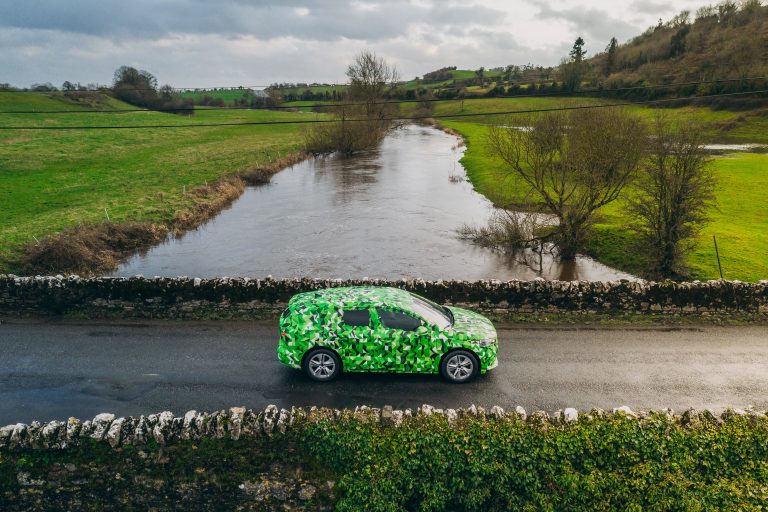 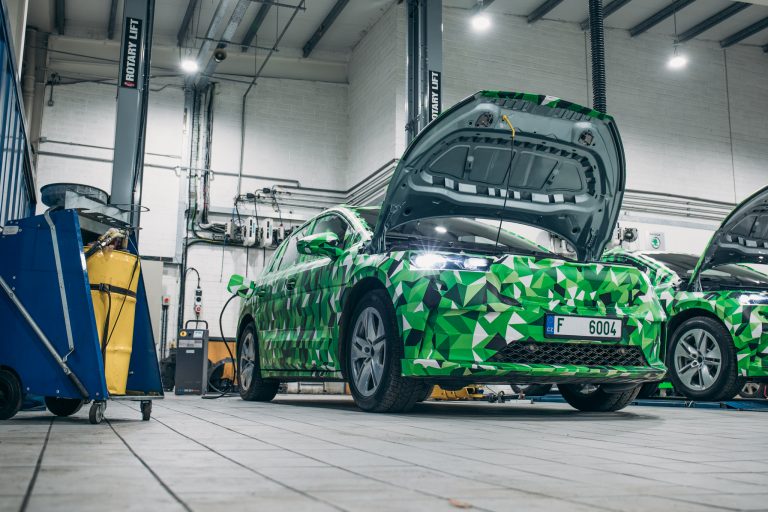 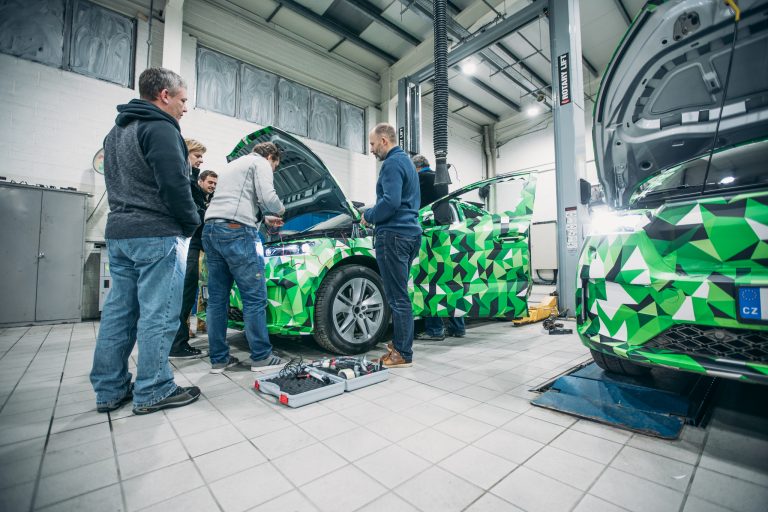 The cars themselves had to be thoroughly prepared 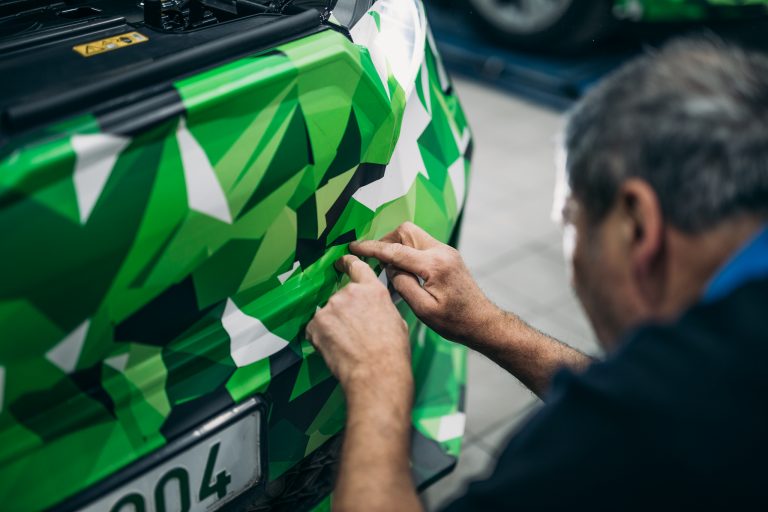 Sometimes the camouflage had to be repaired 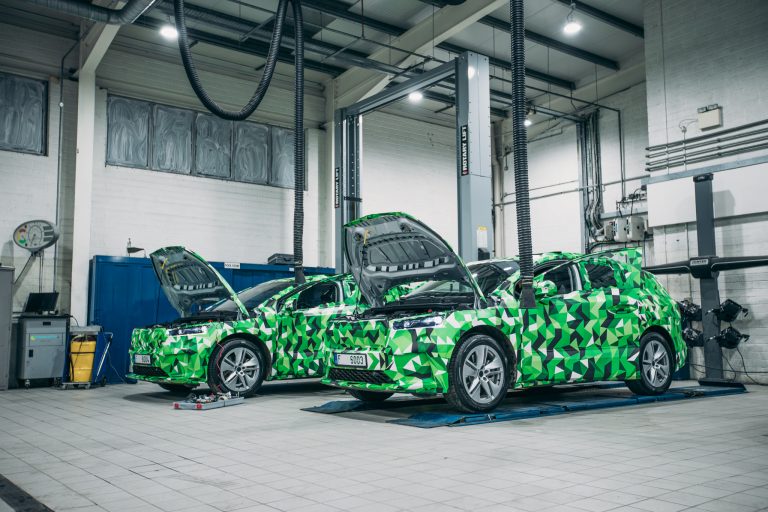 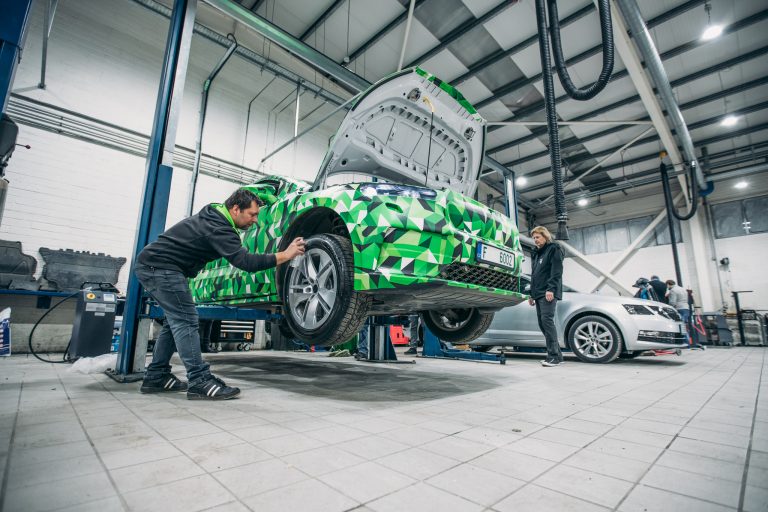 Almost all the work was done behind the scenes 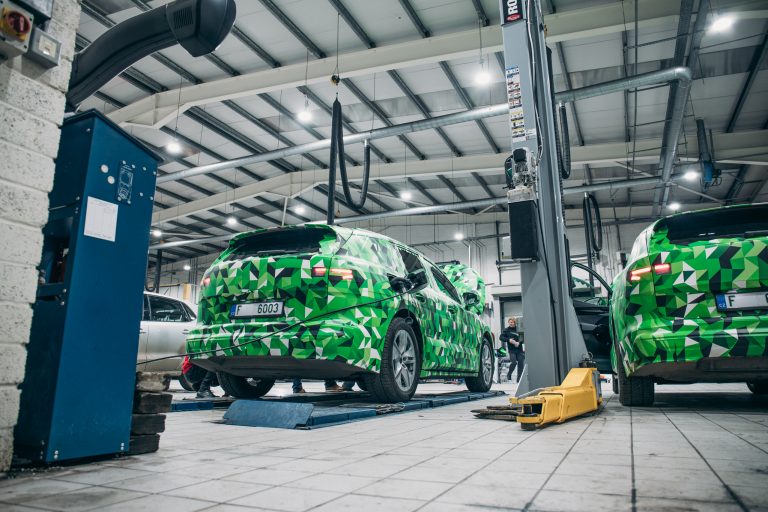 The daily preparation of the cars was routine 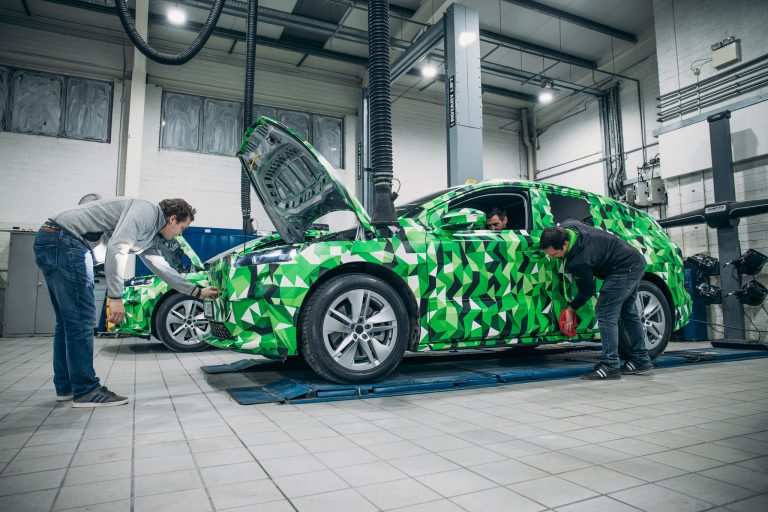 The team spent roughly a week and a half in Ireland 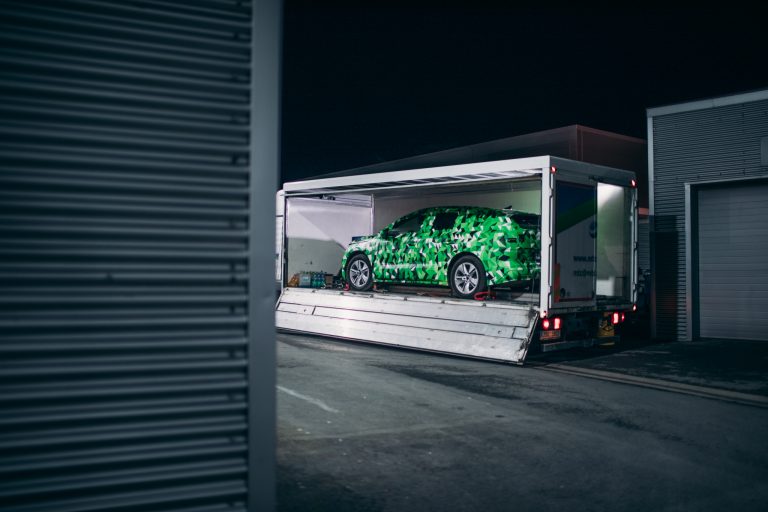 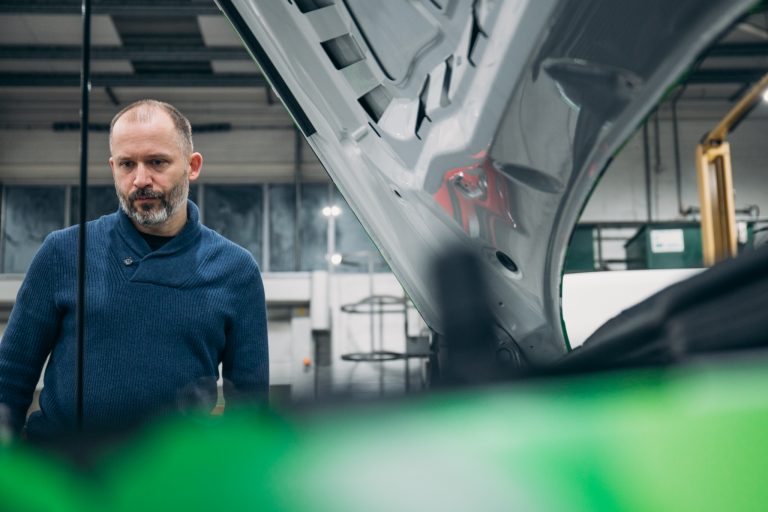 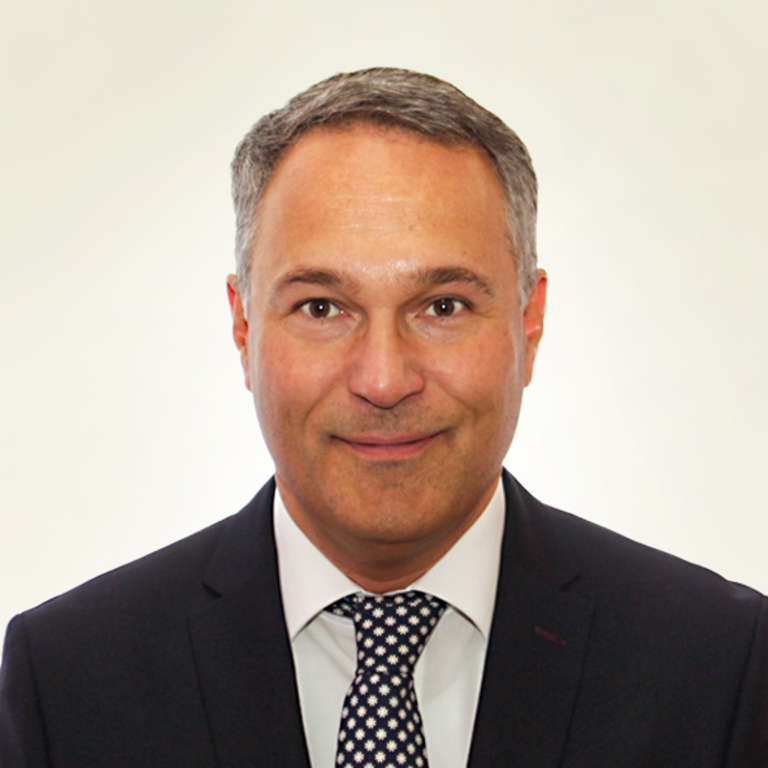