ŠKODA continues to electrify the world’s biggest cycling races. After the ENYAQ iV made its successful debut at the Tour de France, the Czech carmaker’s first all-electric SUV has been cutting a dash on La Vuelta in Spain. Take a look!

Even the toughest conditions are no obstacle for the ŠKODA ENYAQ iV. It coped fine with the demanding Tour de France and has also been accompanying the riders on Spain’s La Vuelta race, which is just reaching its climax. The ENYAQ iV cars used by the race director and commissioners prove that they are ready to face any challenge. 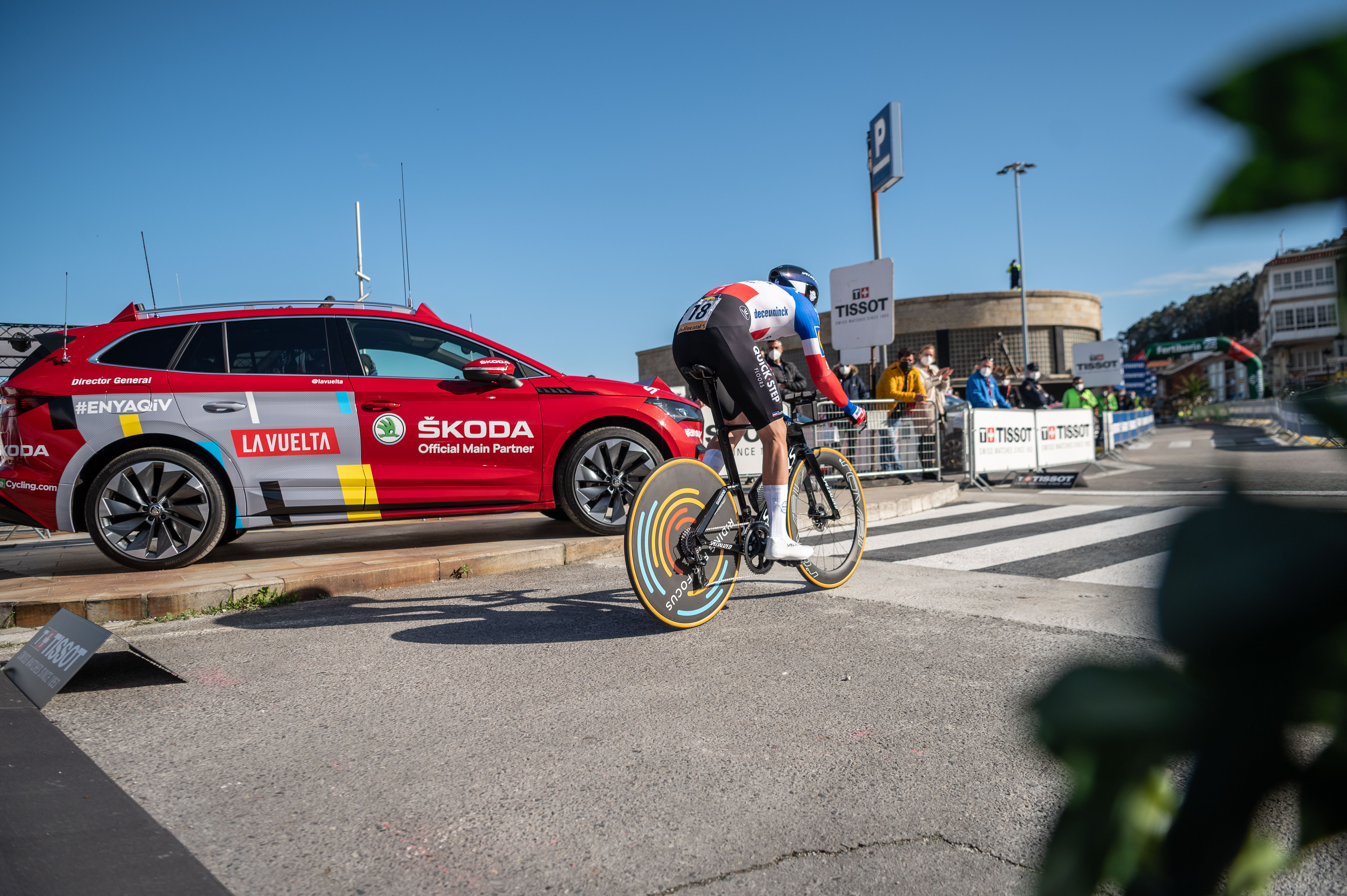 This year La Vuelta started on October 20, and the riders will cross the finish line in Madrid on November 8. 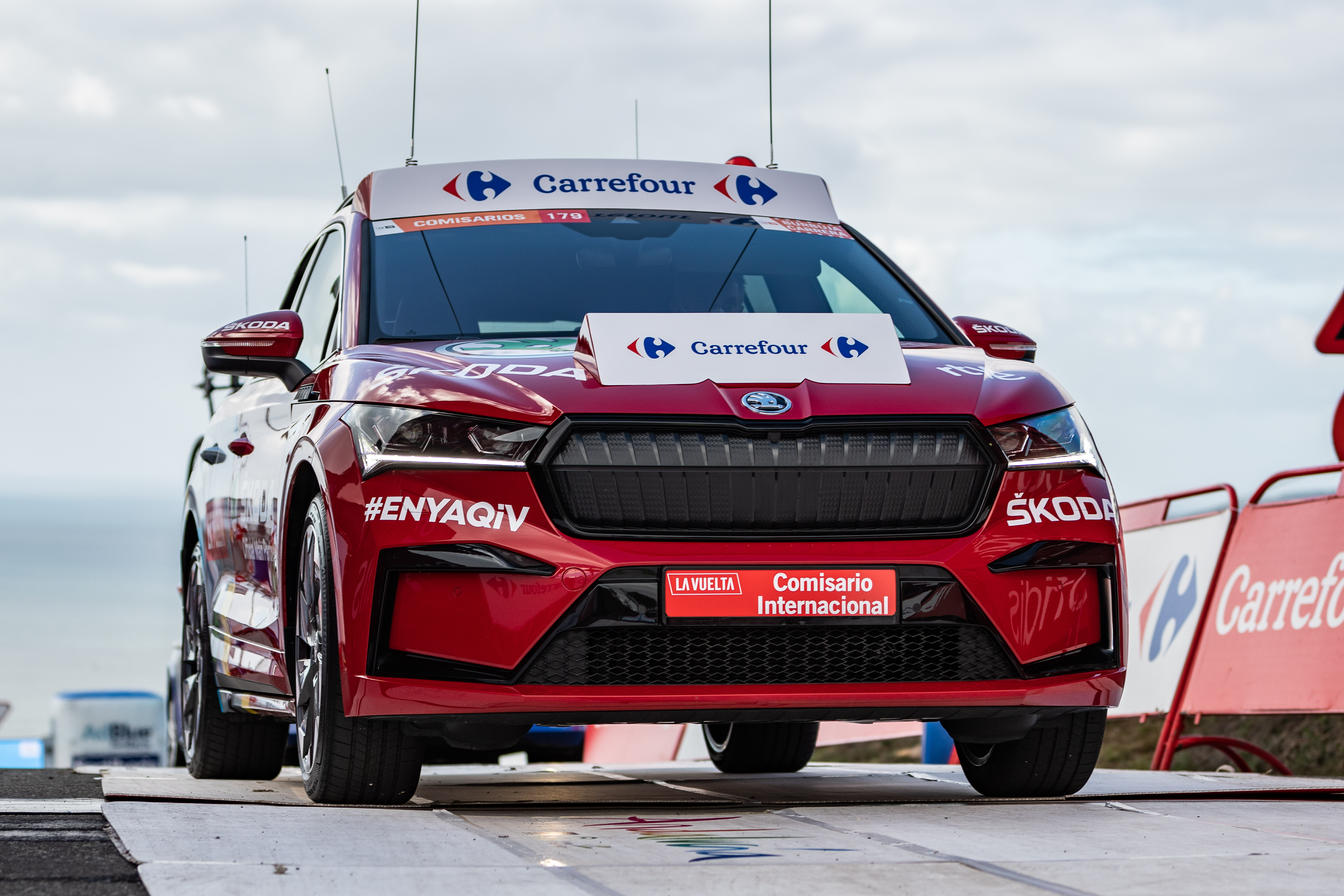 On several stages of the 75th La Vuelta in Spain this year the race director and commissar are travelling in the impressive all-electric ŠKODA ENYAQ iV SUV. 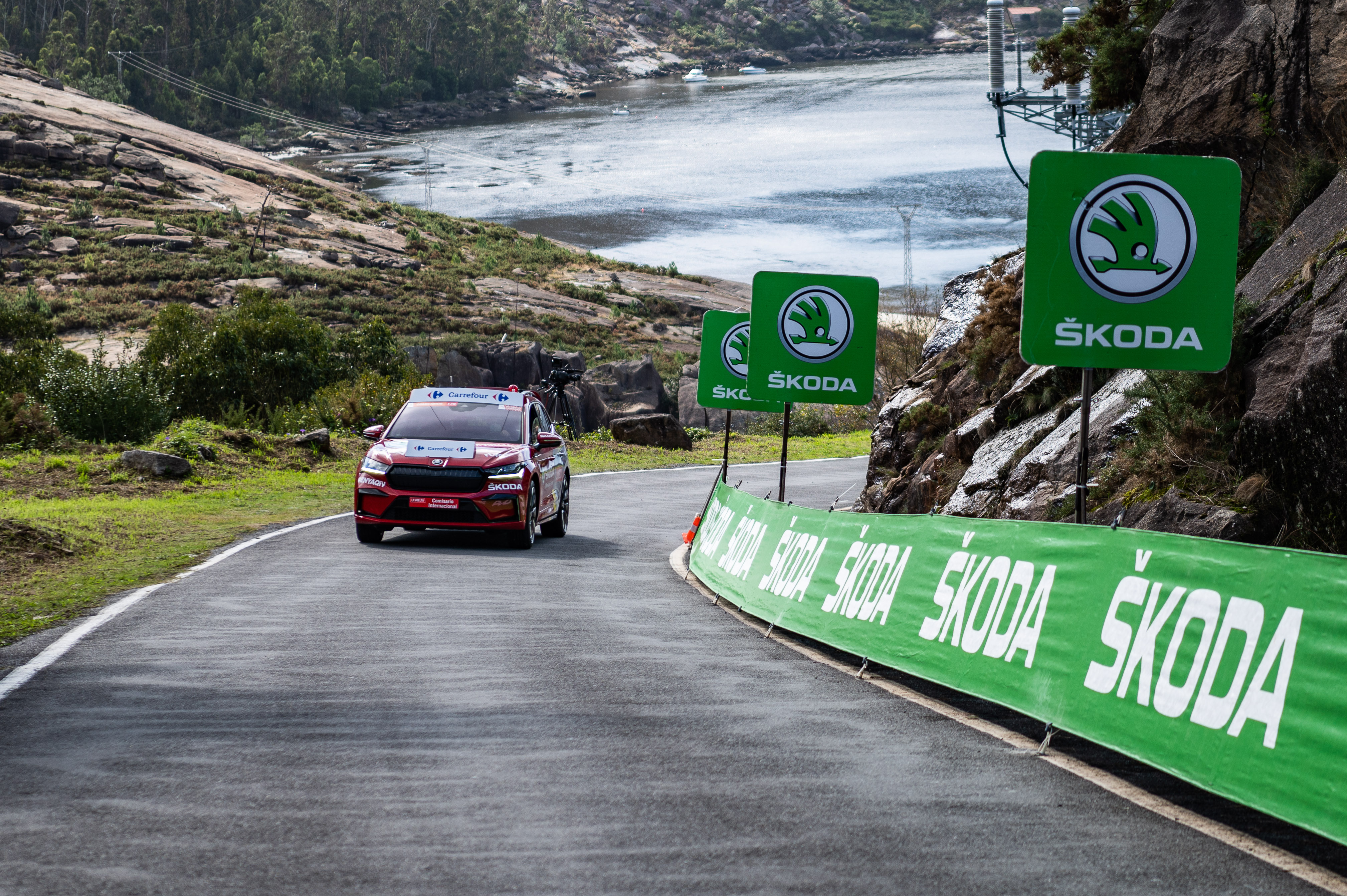 ŠKODA has been a long-term cycling partner at all levels, including the very top. So it makes a lot of sense to present the ENYAQ iV on La Vuelta. 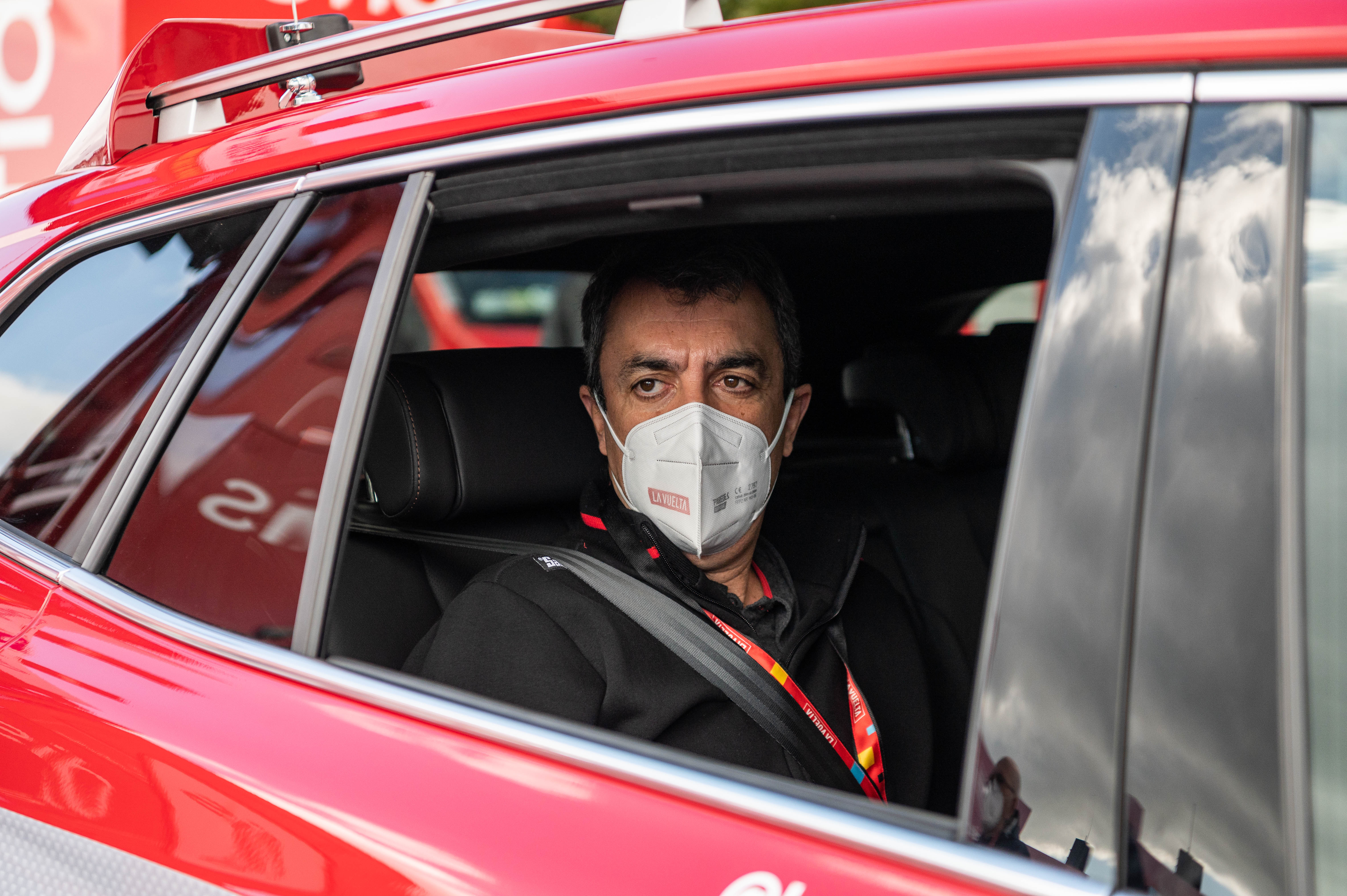 Race director Javier Guillén watches the peloton from his ŠKODA ENYAQ iV, which is equipped with five radio circuits allowing him to communicate with the entire organising team. 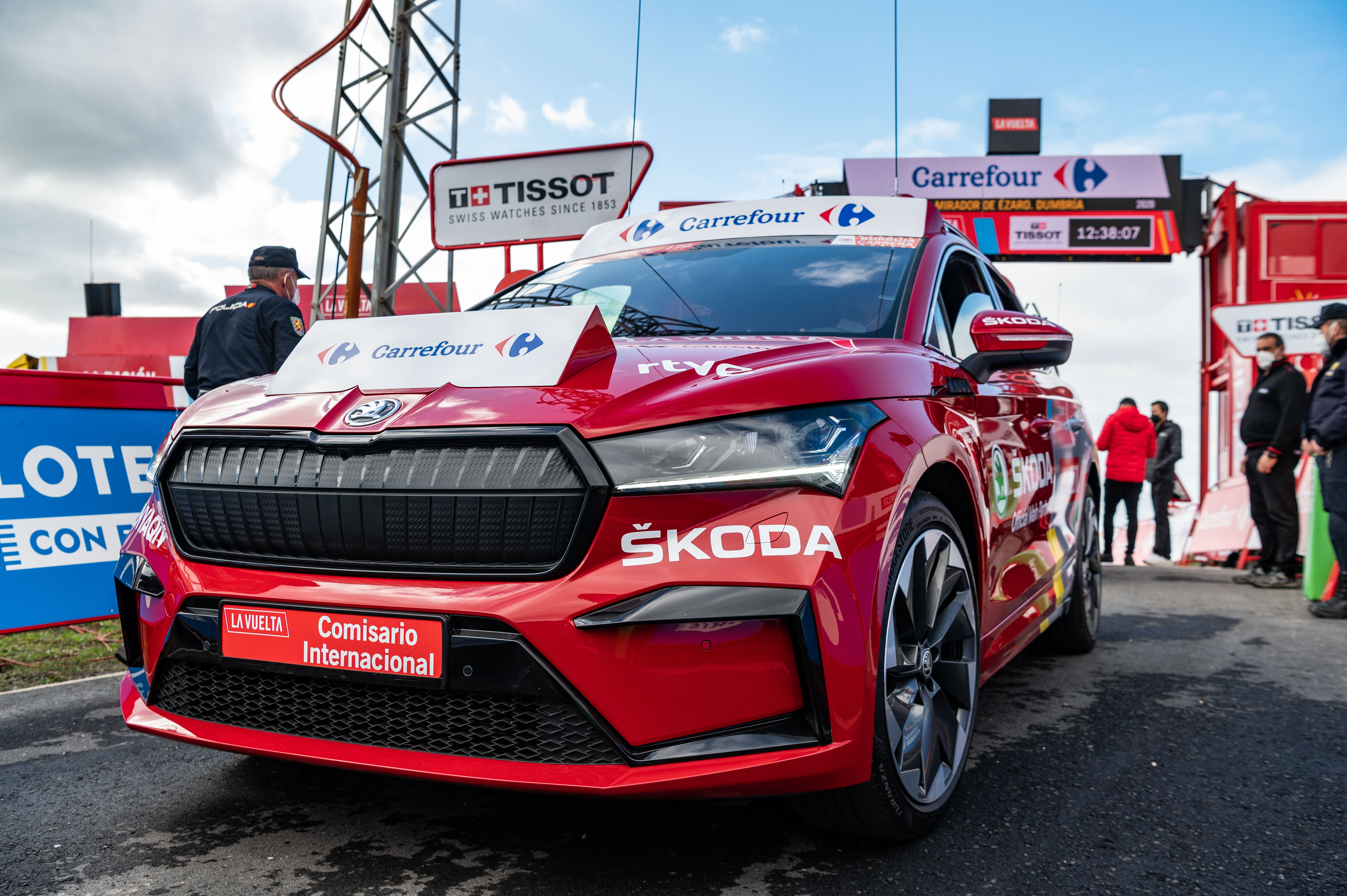 The ŠKODA ENYAQ iV is kitted out with state-of-the-art features and extras, including 20″ alloy wheels. The sliding roof and six antennas are not standard features, though. 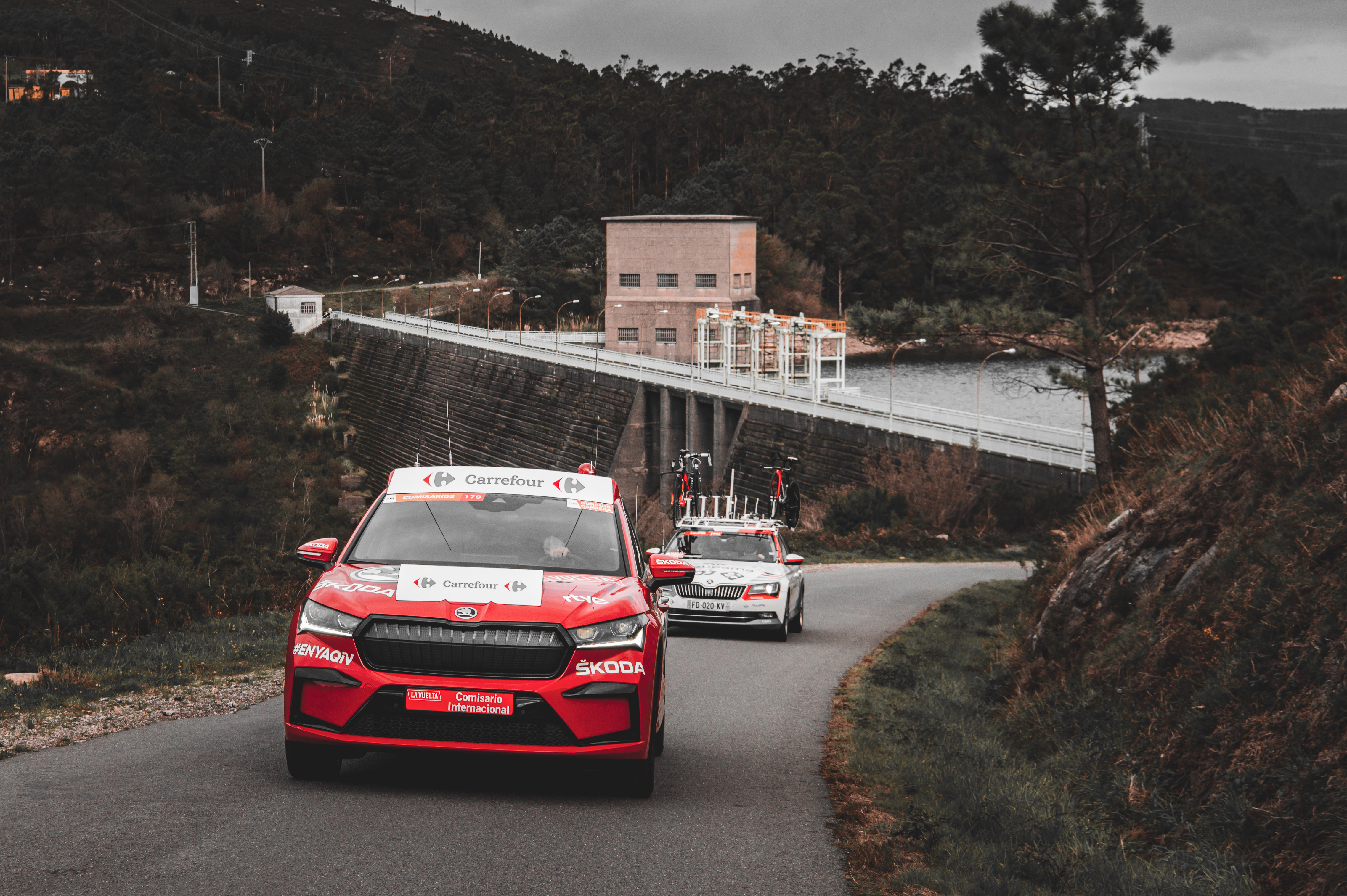 Built on the MEB platform, the ŠKODA ENYAQ iV can travel up to 510 km on one charge, allowing race director Javier Guillén to focus his uninterrupted attention on his job. 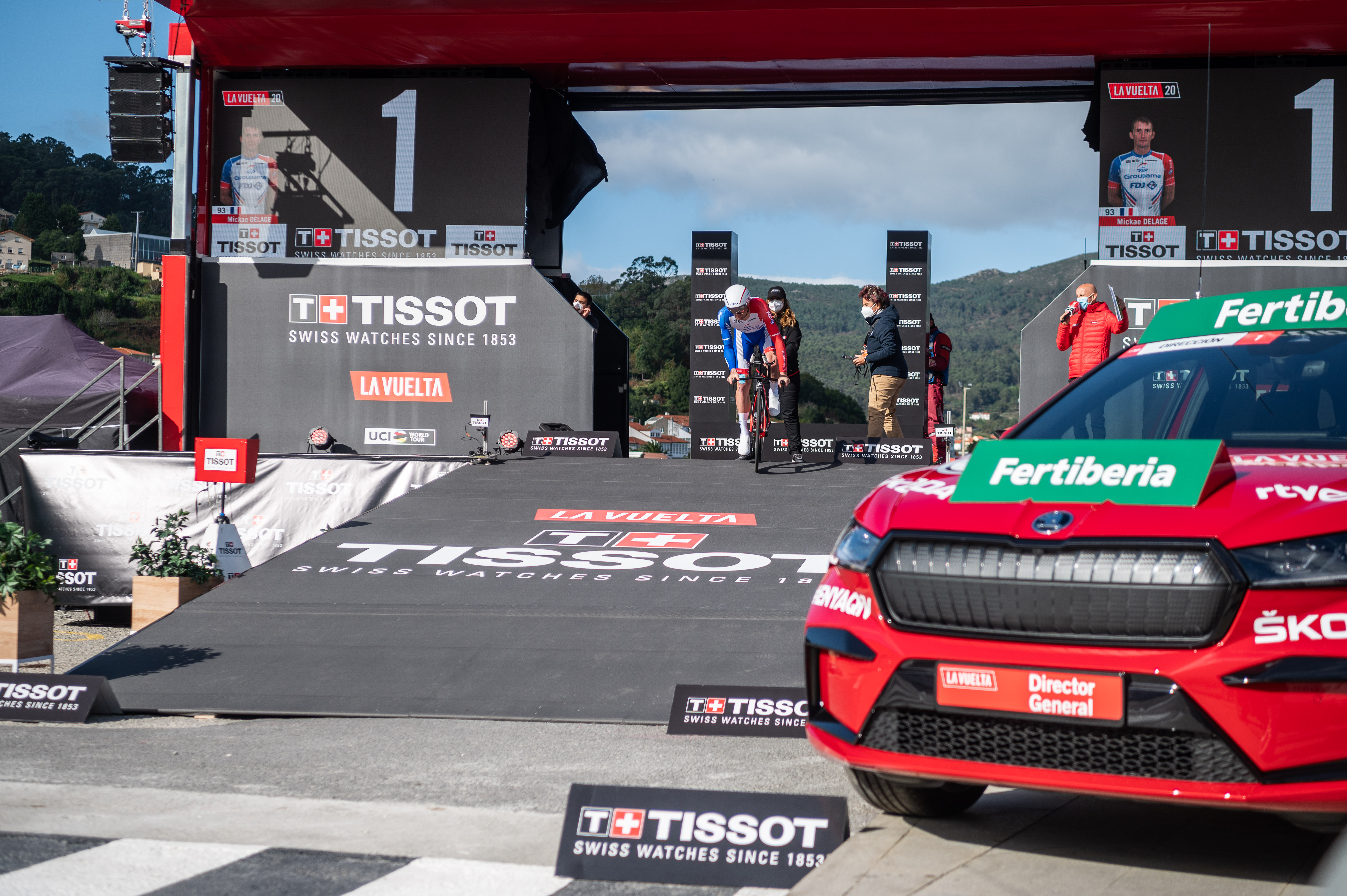 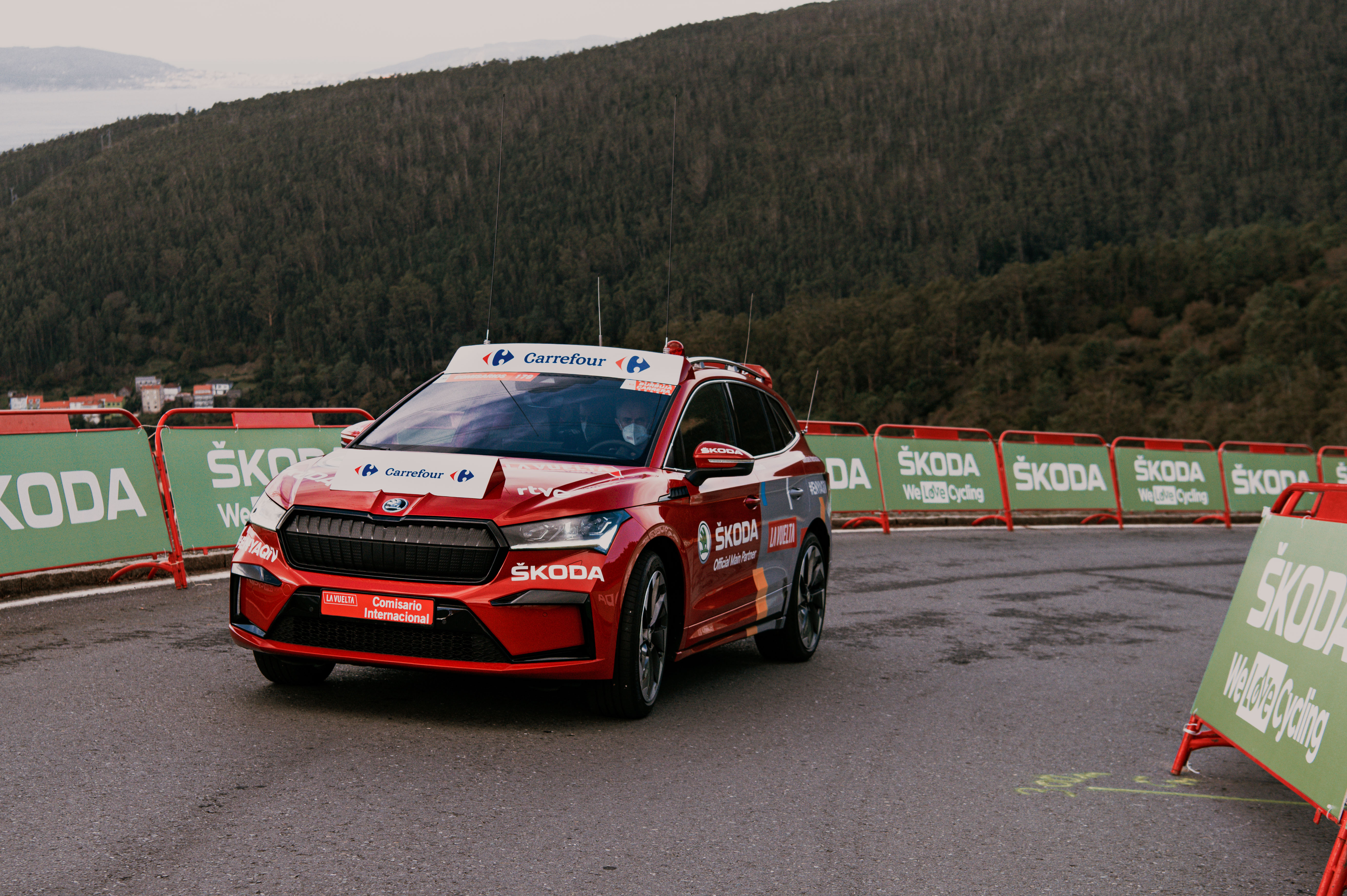 The ŠKODA ENYAQ iV that debuted on both La Vuelta and the Tour de France this year is fitted with modern parking and rain sensors and even a comfortable massage programme for drivers, as well as the KESSY keyless system.

The eighteen-stage race covering a total of 2,882 kilometres got underway on October 20. The riders will cross the finish line in Madrid on November 8, having completed six mountain stages, eight hill stages and one time trial. Find out more about the race on WeLoveCycling. 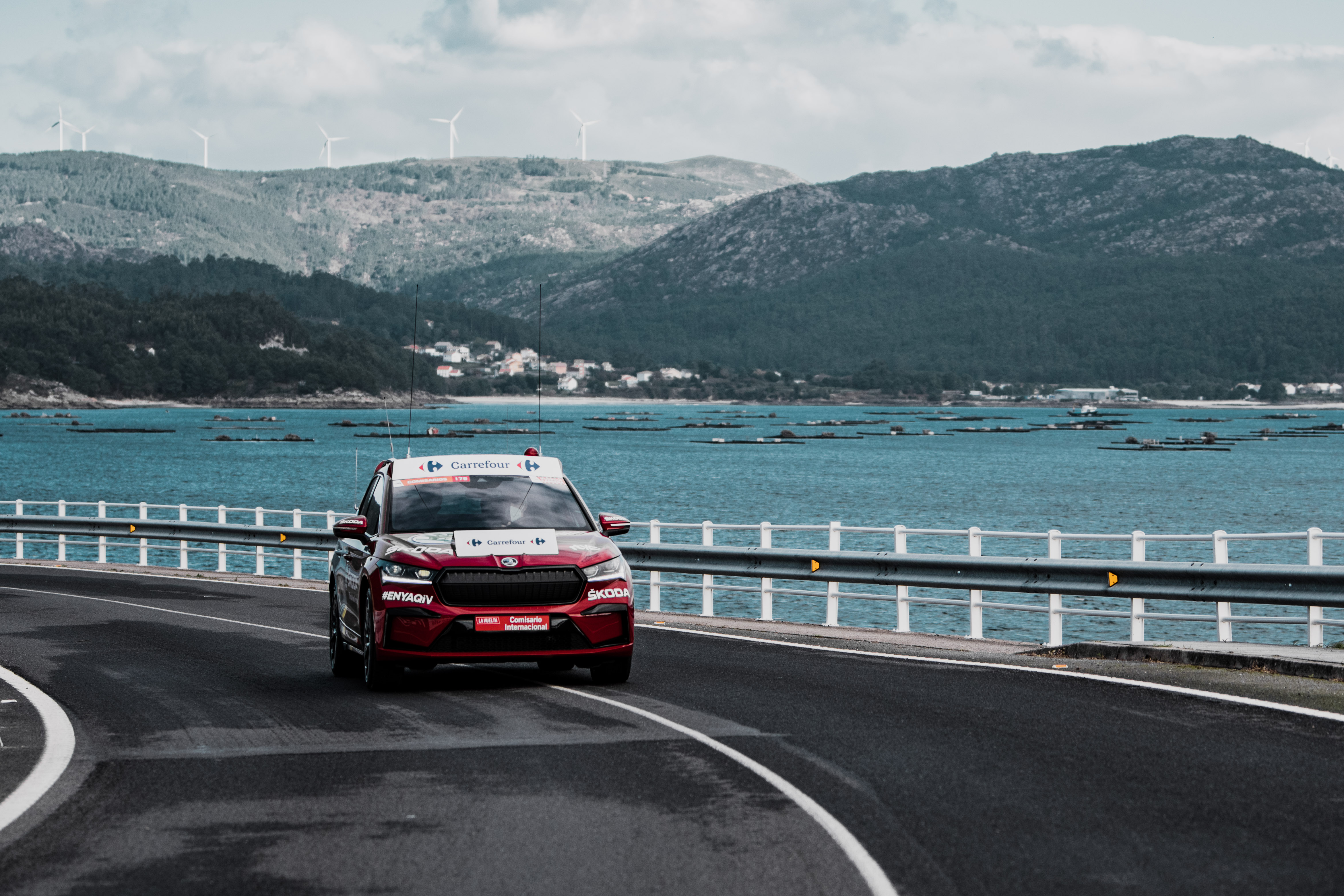 See how the ENYAQ iV was prepared for the Tour de France:

LA VUELTA: A ŠKODA ENYAQ iV LEADS THE RIDERS INTO THE SPANISH HILLS 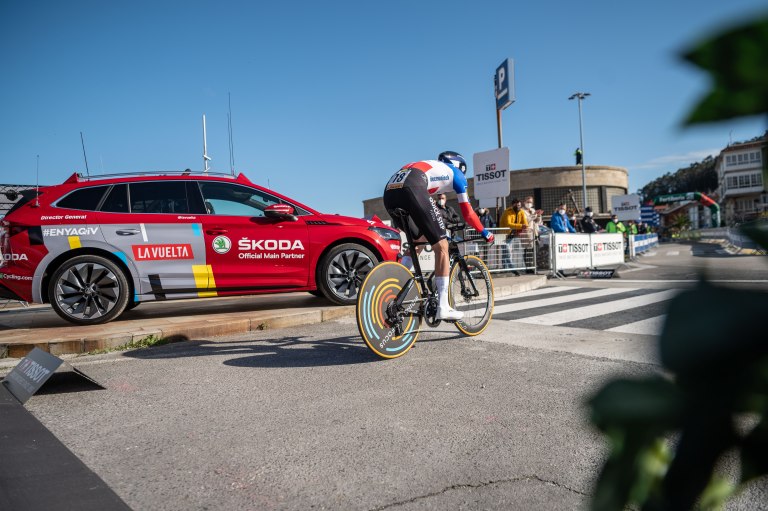 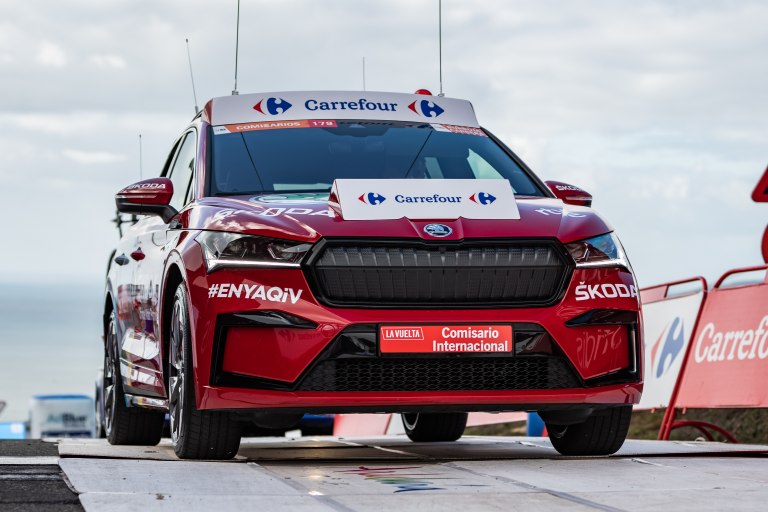 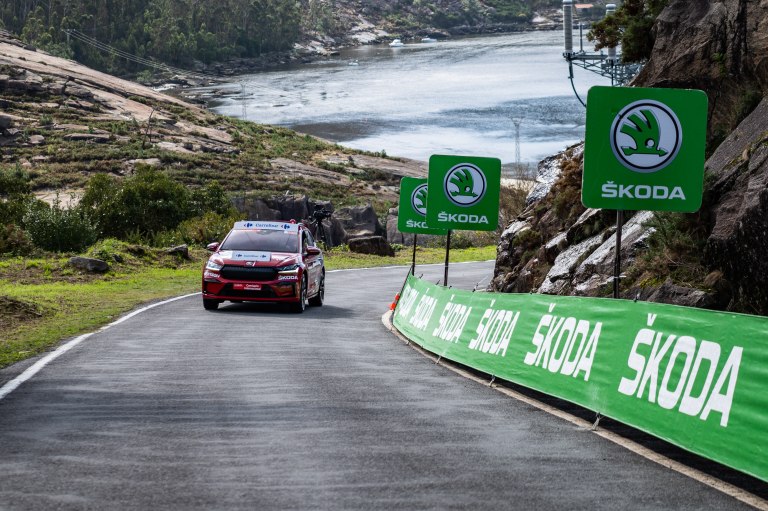 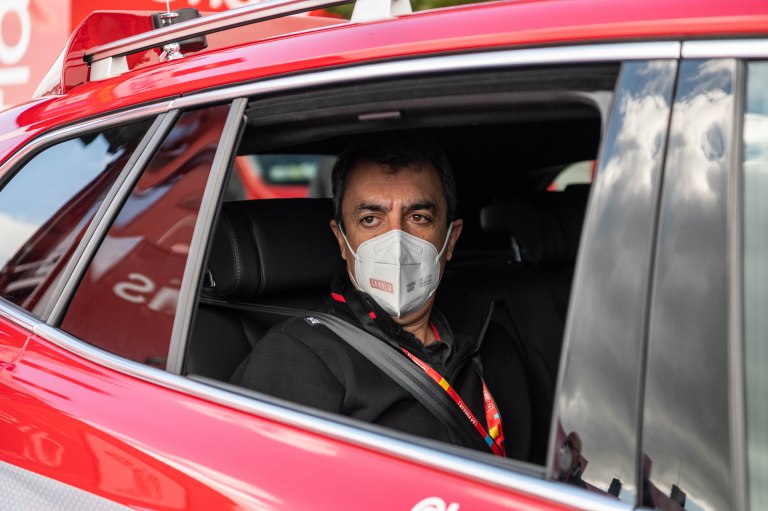 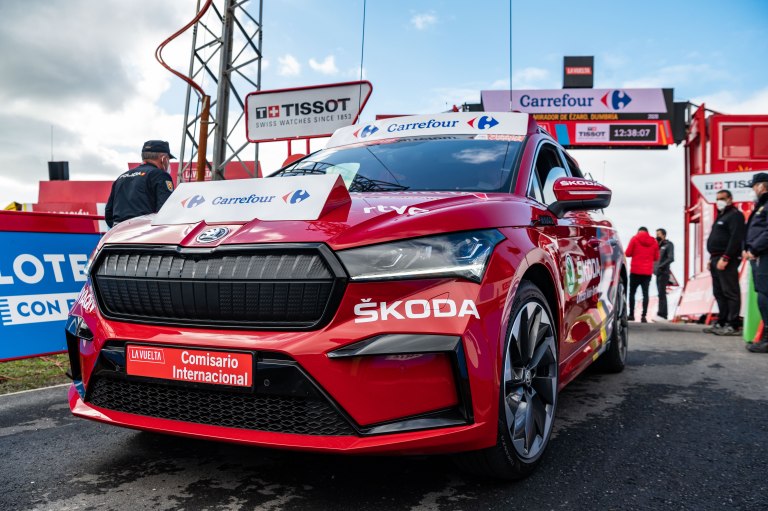 Special equipment for the Vuelta 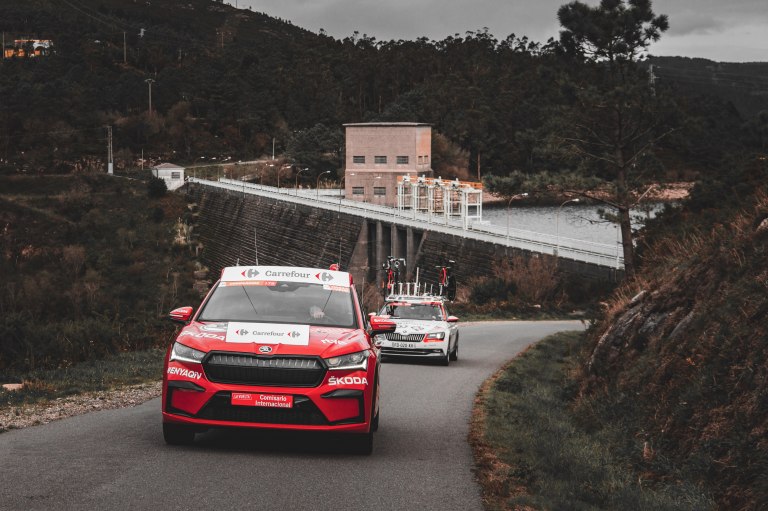 Mobile base of the race director 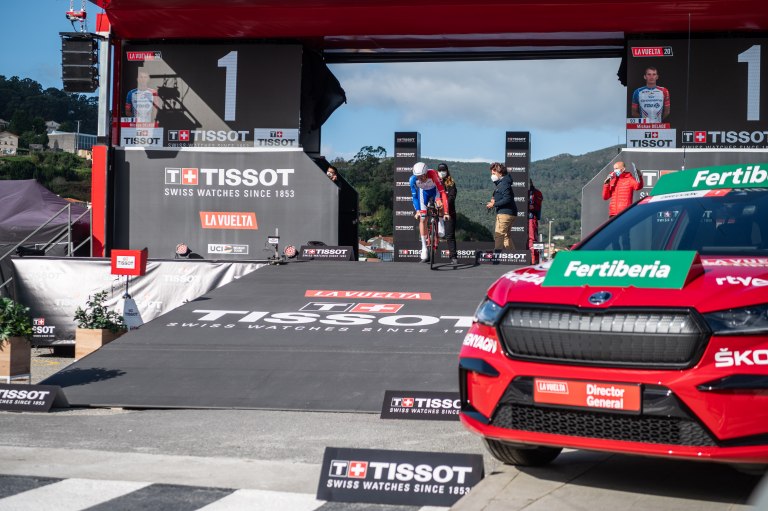 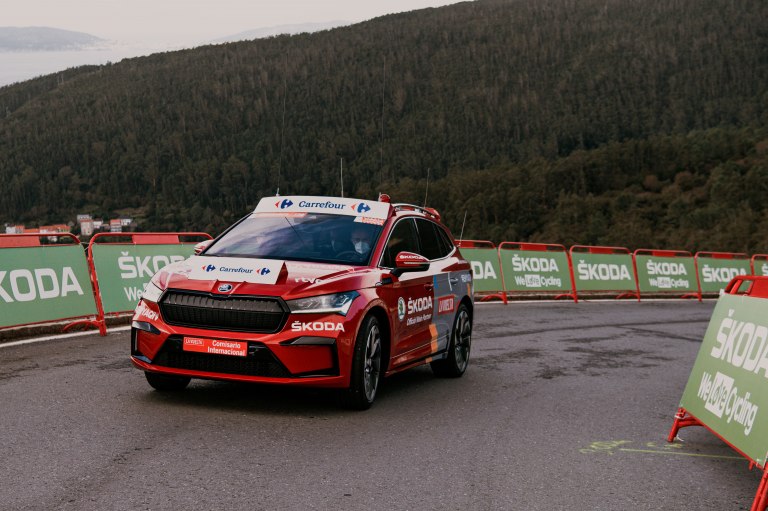 Ready for everyday and unusual challenges 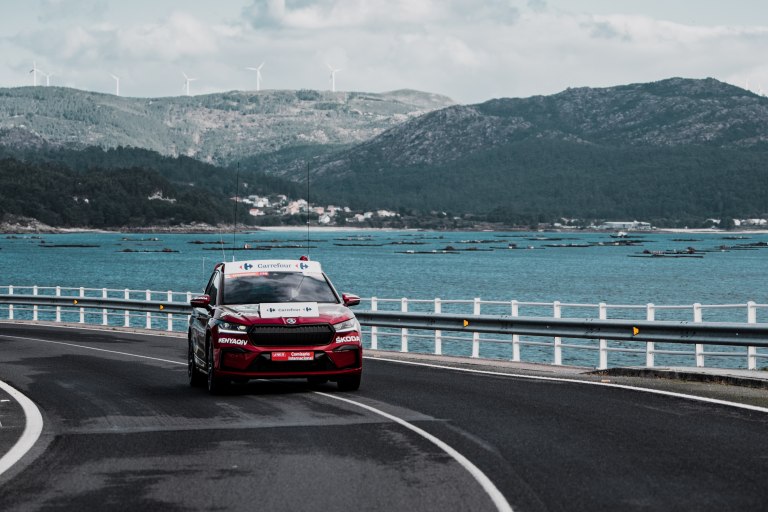