In 1978 Miroslav Strouhal bought a rundown RAPID OHV from 1940 so he could travel to see his girlfriend. He later married her, and spent 30 years renovating the car. Take a look at the magnificent veteran he uses to drive to the shops and his country cottage.

The car has won prizes at the Concours d’Elegance veterans show at Bensberg castle in Germany, where it was ranked among the top 40 exhibits, and at the Essen classic car show. It is also a regular participant in classic car meets in Czechia. According to the ŠKODA archives, just 101 of these ŠKODA RAPID OHV sports cars were made, so this green beauty in perfect period condition is a highly prized vintage car.

But this car does not spend all its time in opulent palace courtyards and under the glare of exhibition spotlights: it is equally at home in supermarket car parks, it was once used to transport a log splitter, and its most frequent route is the three-hour drive from Prague to picturesque South Bohemia, where its owners have a country cottage. 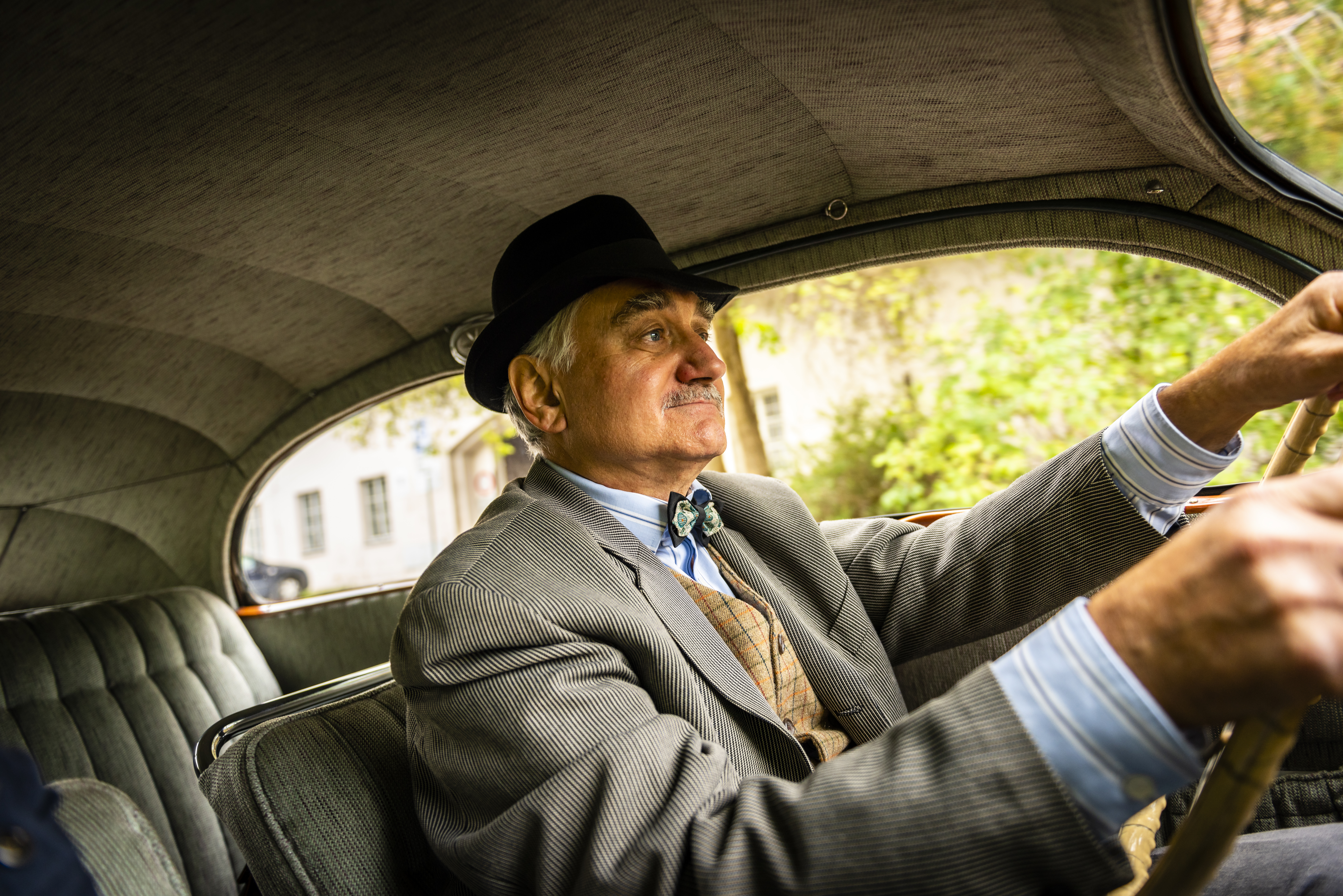 Miroslav Strouhal behind the wheel of his RAPID OHV

“I drive this car because it’s the only one I’ve got,” the owner explains laconically. “Why would I want one? All my life I’ve taken the tram and train to work, and driving a car in Prague is nerve-wracking,” smiles the elegant man who turned up in period clothing for the photo shoot. “If I do need to drive somewhere, my RAPID will get me there.”

A RAPID for the demanding customer

This car’s unusual story began in 1940, when it was made in the ŠKODA factory in Mladá Boleslav. It seems the car was ordered by a wealthy customer, because the ŠKODA RAPID OHV was a little bit special in its day. The main differences between the OHV version and the original RAPID, a roomy and practical car for the middle classes who could afford cars in the 1930s, were the streamlined body – which was described as futuristic-looking at the time – and more powerful engine. 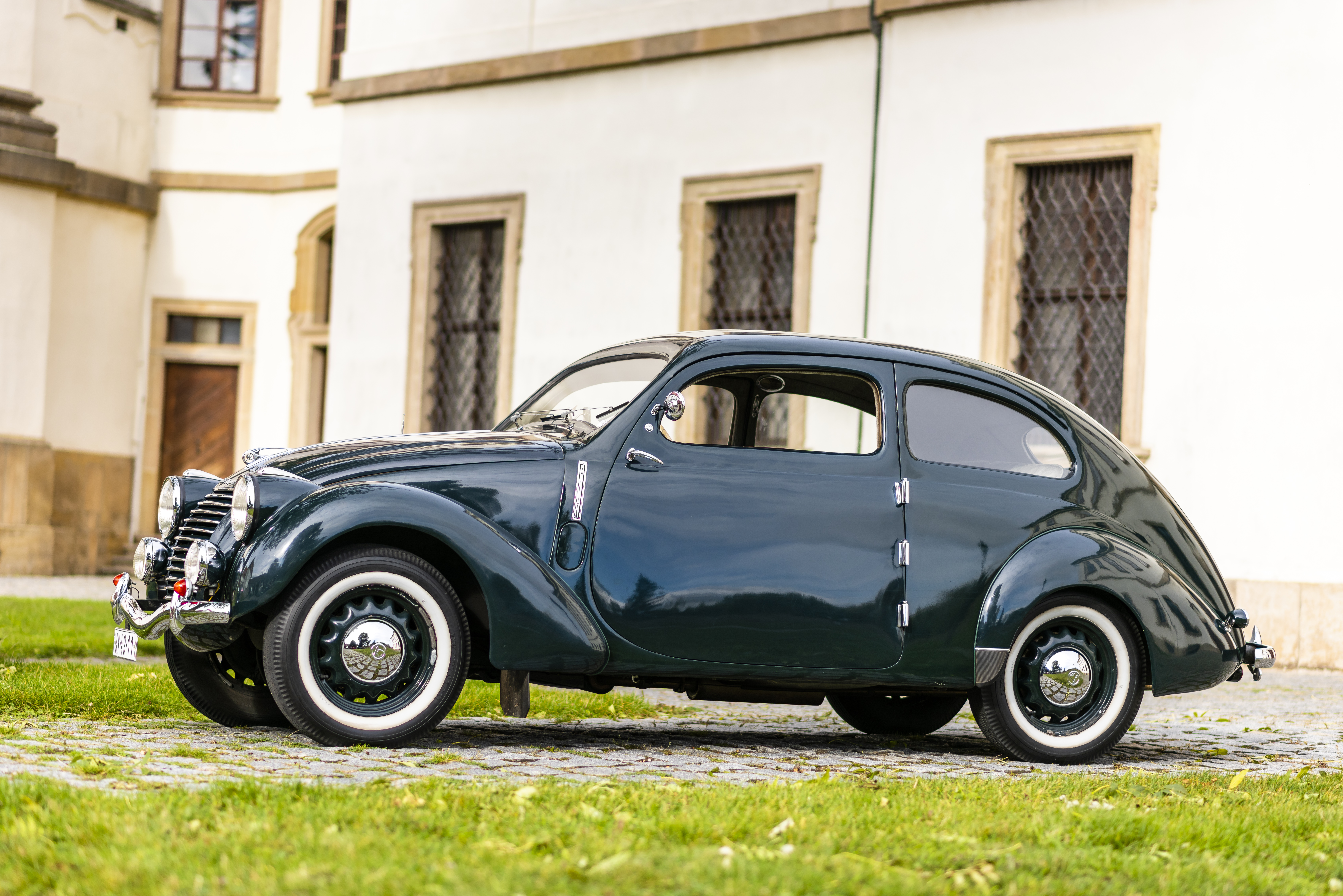 In place of a 31-horsepower four-cylinder 1.4 l side-valve engine, this version had a 1.6 l overhead-valve engine delivering 42 HP. With its standard three-speed gearbox, its top speed was 110 km/h. The technical data plaque on Miroslav Strouhal’s car, however, declares a power output of 46 HP and a top speed of 120 km/h. In those days, the factory could make various modifications to order, so even if they are not mentioned in any encyclopaedia, cars with these specs were definitely made for customers in Czechoslovakia. 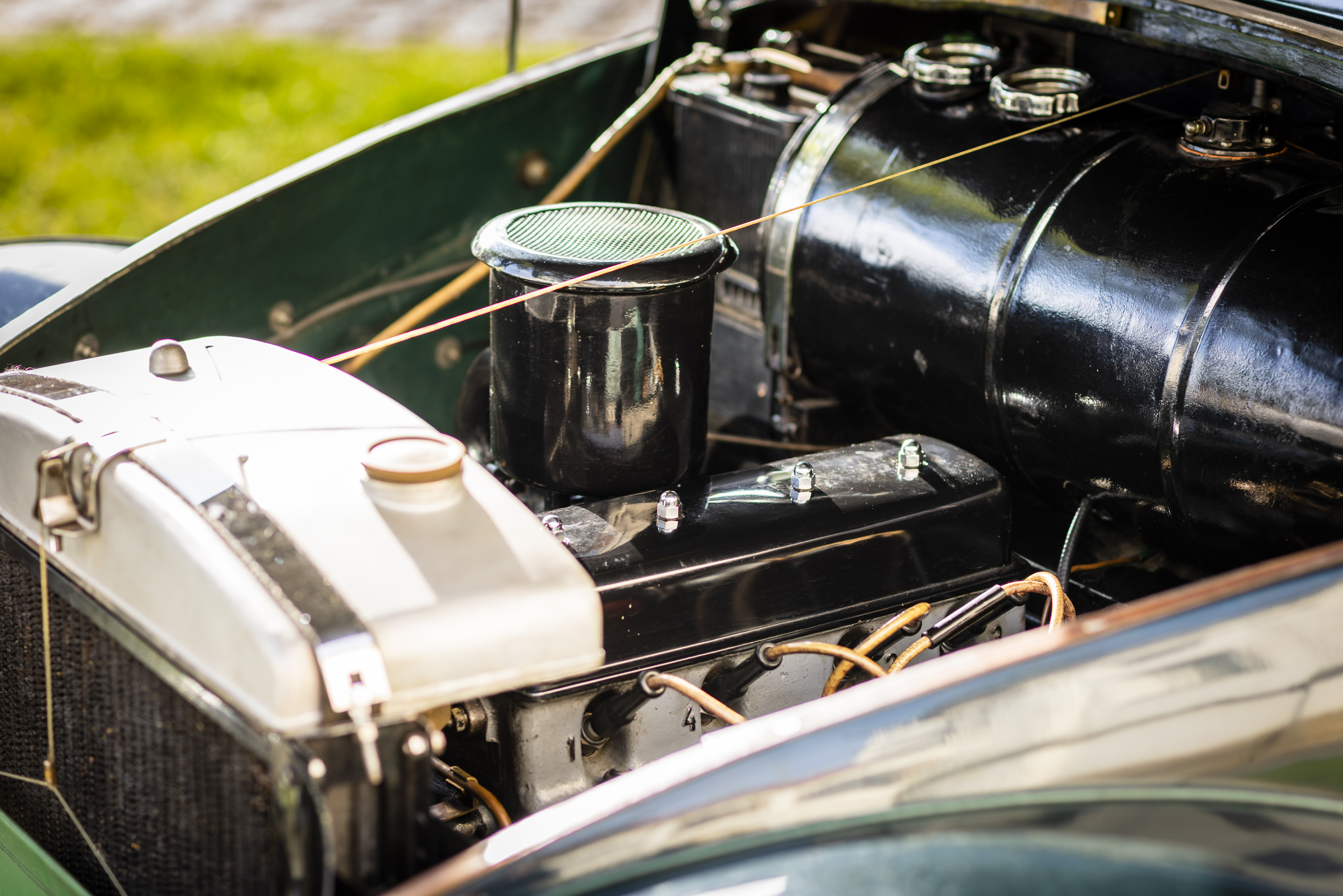 Instead of the RAPID’s standard 31-horsepower 1.4 l engine, this version was fitted with a 1.6 l OHV engine that delivered 42 HP.

“I did some research into this. One acquaintance found in the archives that a few cars had a higher power output – apparently they were versions with the streamlined body and cabriolets. It was a factory modification, maybe involving re-boring of the intake and exhaust systems,” the owner explains.

Mr Strouhal had no thoughts of being a collector when he bought his RAPID OHV in 1978. It was a car the previous owners had not treated well. What’s more, the classic car scene was hardly flourishing in the socialist Czechoslovakia of the 1970s. People kept old cars on the road simply because they had no chance of getting another car.

And that applied to Mr Strouhal: he had no money to spare, but he needed and wanted some kind of car. And as tends to be the case, it was all for love. Not love for classic cars, but love for a girl he needed transport to see. And because he was in a hurry, he agreed to buy a car that wasn’t his first choice. He did want a RAPID, but the standard model, the kind his father had. But then he saw a classified ad for an OHV version. 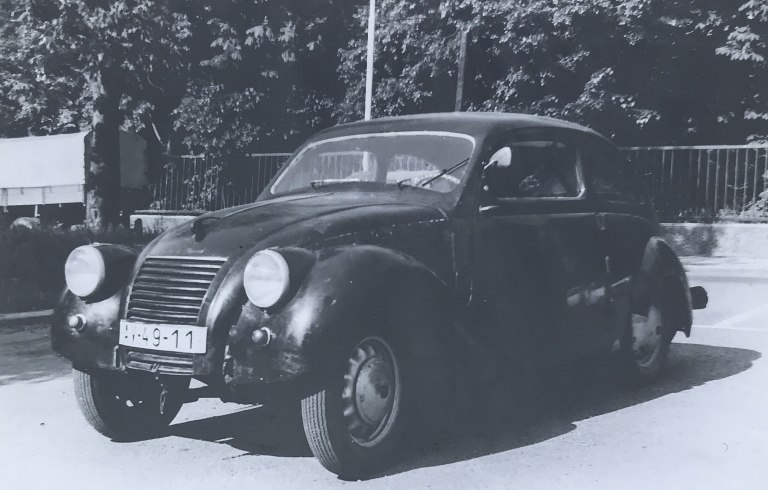 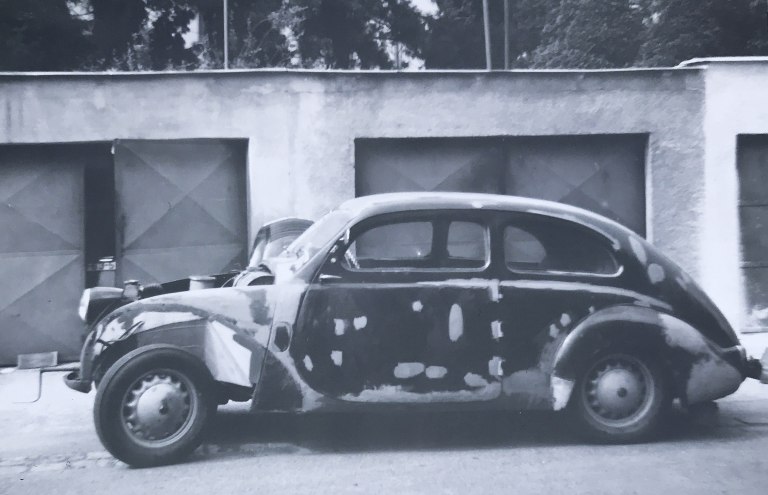 The start of renovation work in 1979 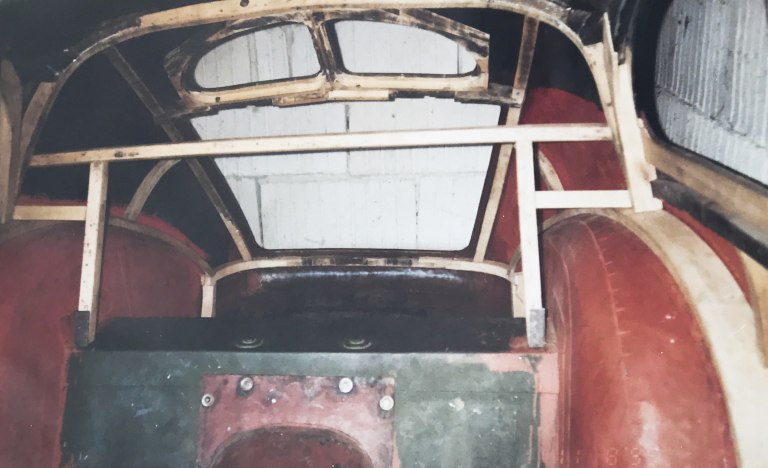 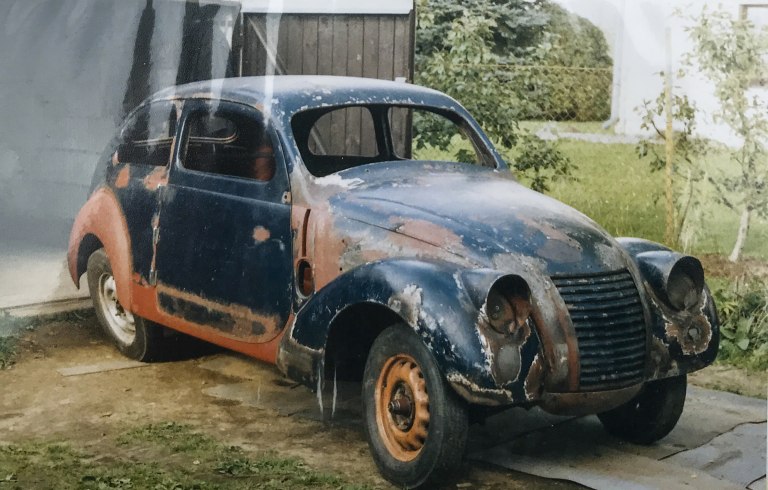 “It was completely by chance that I came across this car. But I was serious about the girl, so I just went ahead and bought it. The girl became my wife. Today she’s a grandmother, I’m a grandfather, and the car’s a veteran,” Mr Strouhal says with a smile.

Parts cast on the cooking stove

Not long after he bought the car, it ended up in a ditch when he was parking, and the entire front was dented. But the enthusiastic young owner wasn’t going to let some dented metal worry him unduly. He knew the car needed repairs anyway and estimated that the work would take him five summer holidays. Quite a few parts could be found in breakers’ yards and, as a trained fitter, he was confident he could make the rest. The deeper he immersed himself in renovating the car, the more parts he wanted to have in perfect condition. In the end, his work on the car lasted thirty years. 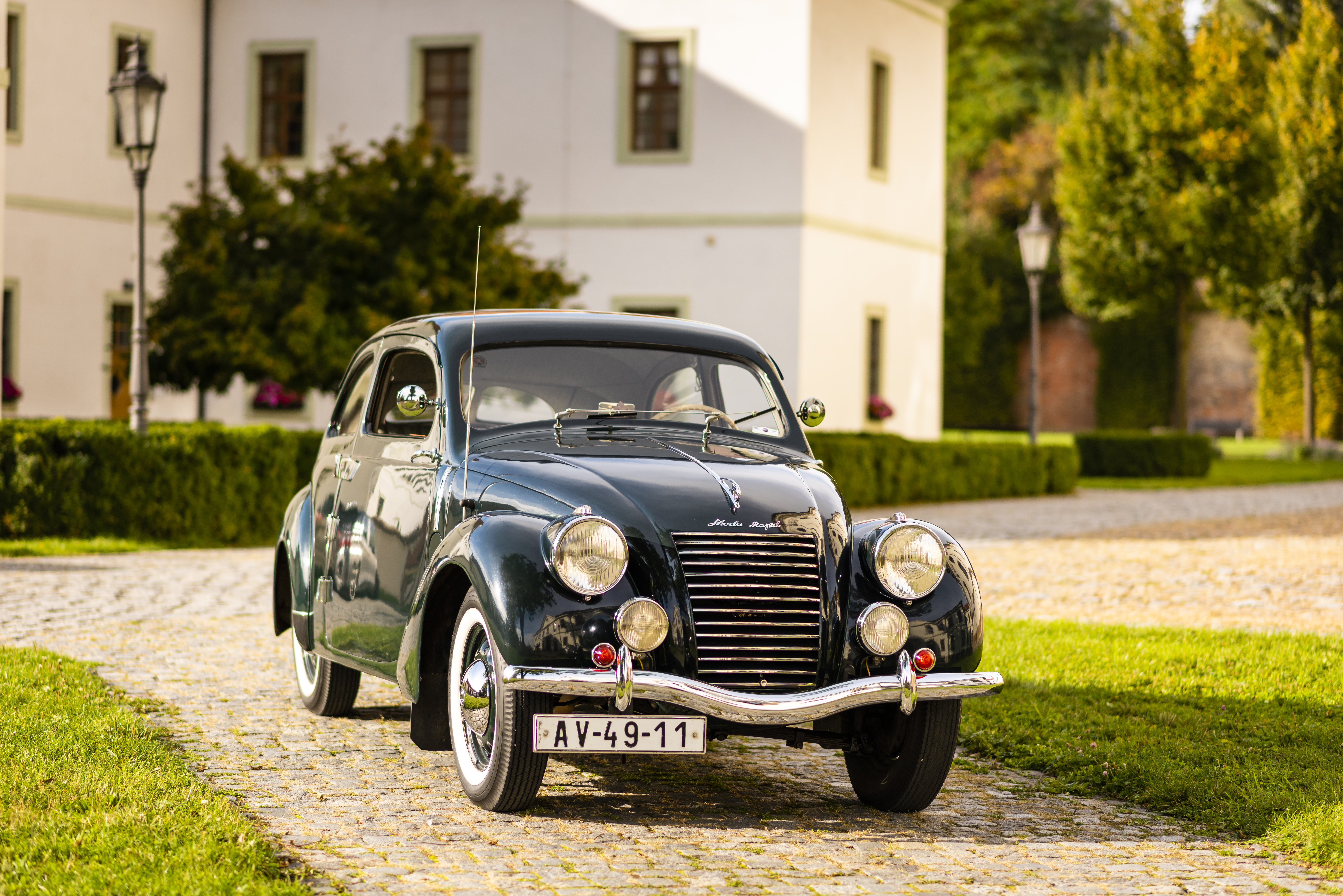 Miroslav Strouhal gave the car a complete overhaul, from the engine and the axles to the body.

A romantic story turned into a saga of incredible dedication and ambition as well as resourcefulness and boundless energy. “I completely overhauled it, from the engine to the axles and the body. I kept anything that could be salvaged, but I also made new sills, timbering and sheet-metal parts. I even made new pinion bushings and cast my own steering mechanism. It didn’t come out right the first time and I had to cast some of the parts on the cooker at home. Once it splashed into the soup cooking on the next hob,” he recalls with a laugh.

Mrs Strouhalová did her bit as well. “She helped me any way she could, and today she goes to classic car events with me. She looks after our clothes to make sure they match the period. Once we even won a prize for the most stylish outfits.”

But Mr Strouhal also turned his hand to more complex operations. The previous owner had installed a four-speed gearbox to make the car quieter, but today the car again has the original three-speed transmission. It even boasts original details like the adjustable rear-window blind and the cord-operated shutter in front of the radiator to warm up the engine faster in winter. 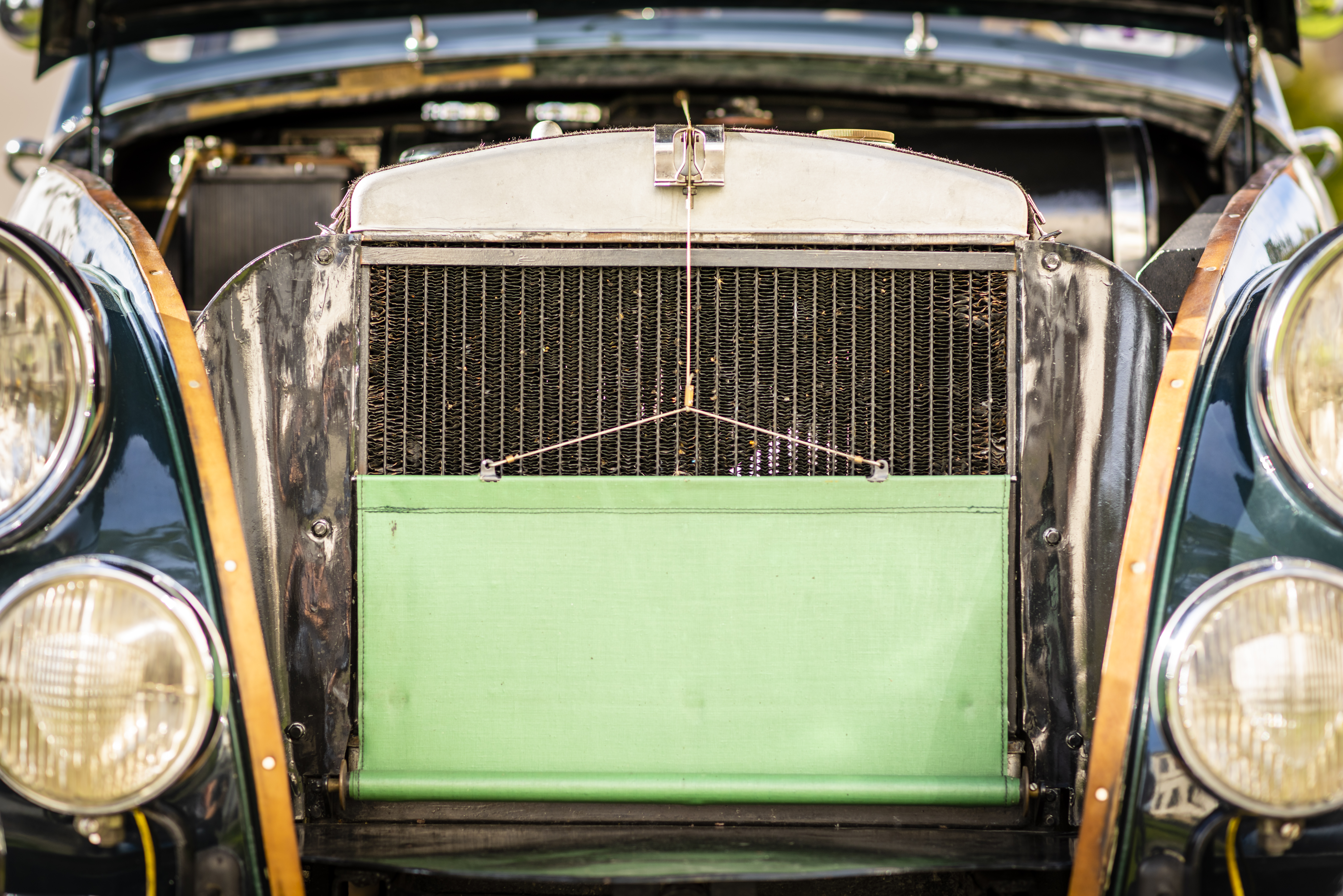 There are only a few non-original parts on the car: for example, the easily removable indicator lights are from the period but not original. When it was made, the car only had small direction signal arms that are easy to miss in today’s busy traffic.

“As I use this car for day-to-day driving, I also installed daytime lights that are inconspicuously positioned beneath the main headlights. And if I ever need to reverse at night, I can take a magnetic reflector out of the boot and attach it to the bumper,” he says, mentioning some essential features for today’s roads. 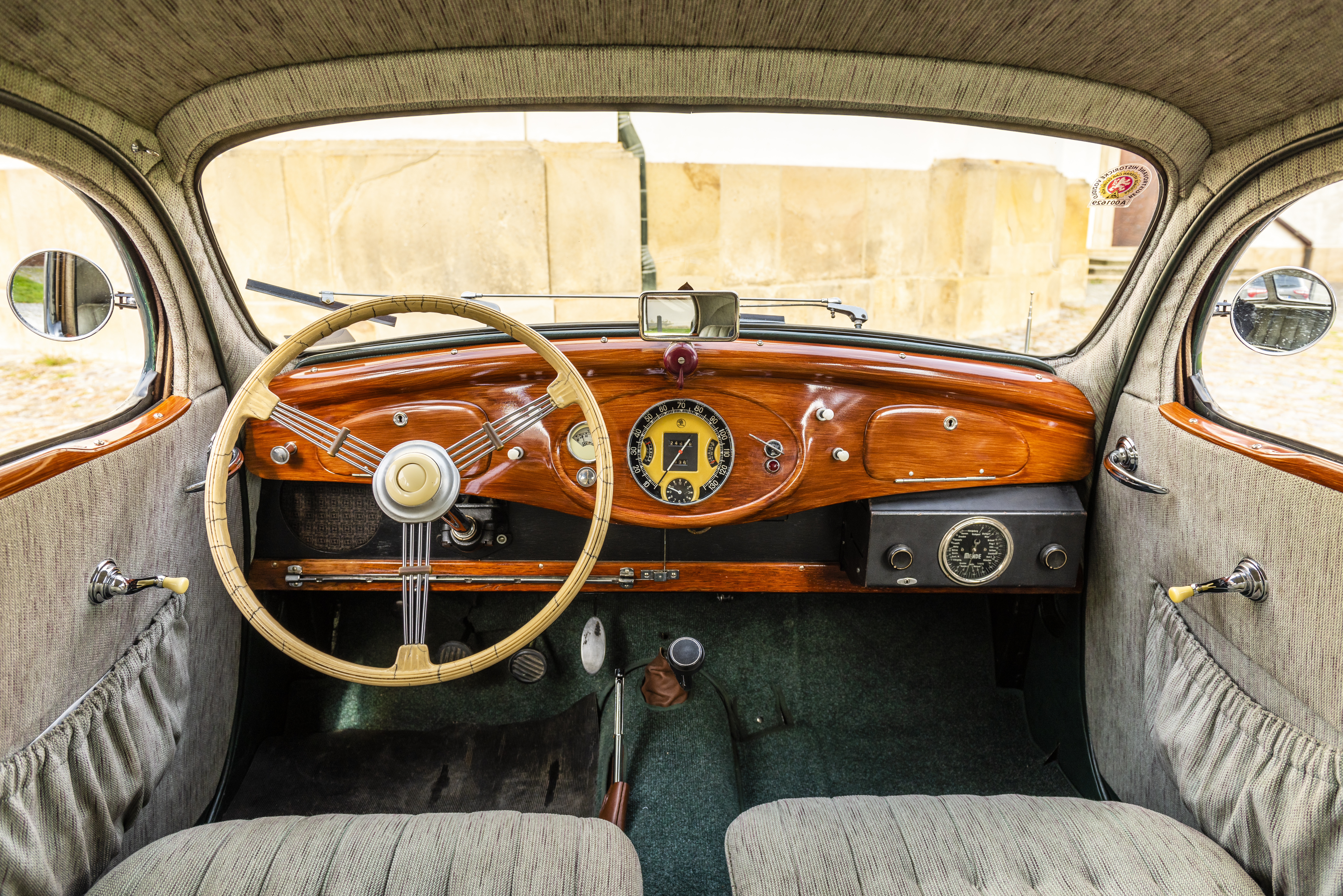 The dashboard, including the Mende valve car radio.

He can even listen to music while he drives. The first owner fitted the RAPID with a valve car radio made by the firm of Mende, which was the height of luxury at the time. It still works, and in the perfectly renovated interior the music from medium-wave radio stations sounds like a crackling gramophone record in a black-and-white film.

Trips to the Alps or the hypermarket

He completed his renovation work in 2010. He zeroed the odometer and began to enjoy the fruits of his labours. In the ten years since then, he has travelled 24,600 kilometres in his 1940 ŠKODA RAPID OHV. He keeps the car locked up in a garage over winter, but every summer he takes it out to drive to his cottage in South Bohemia. This is not some kind of procession, but a practical journey: the spacious interior is packed full of provisions for the whole summer. The furthest he has driven the car is Switzerland, when he made his dream of a trip to the Alps come true.

“We have to go shopping from time to time. And once I even transported a log splitter in the car. When the people at the DIY shop saw where I was planning to put it, they almost refused to help! I had to talk them round by pointing out that I had some planks and blankets in the car to make sure nothing got damaged,” the proud owner laughs. 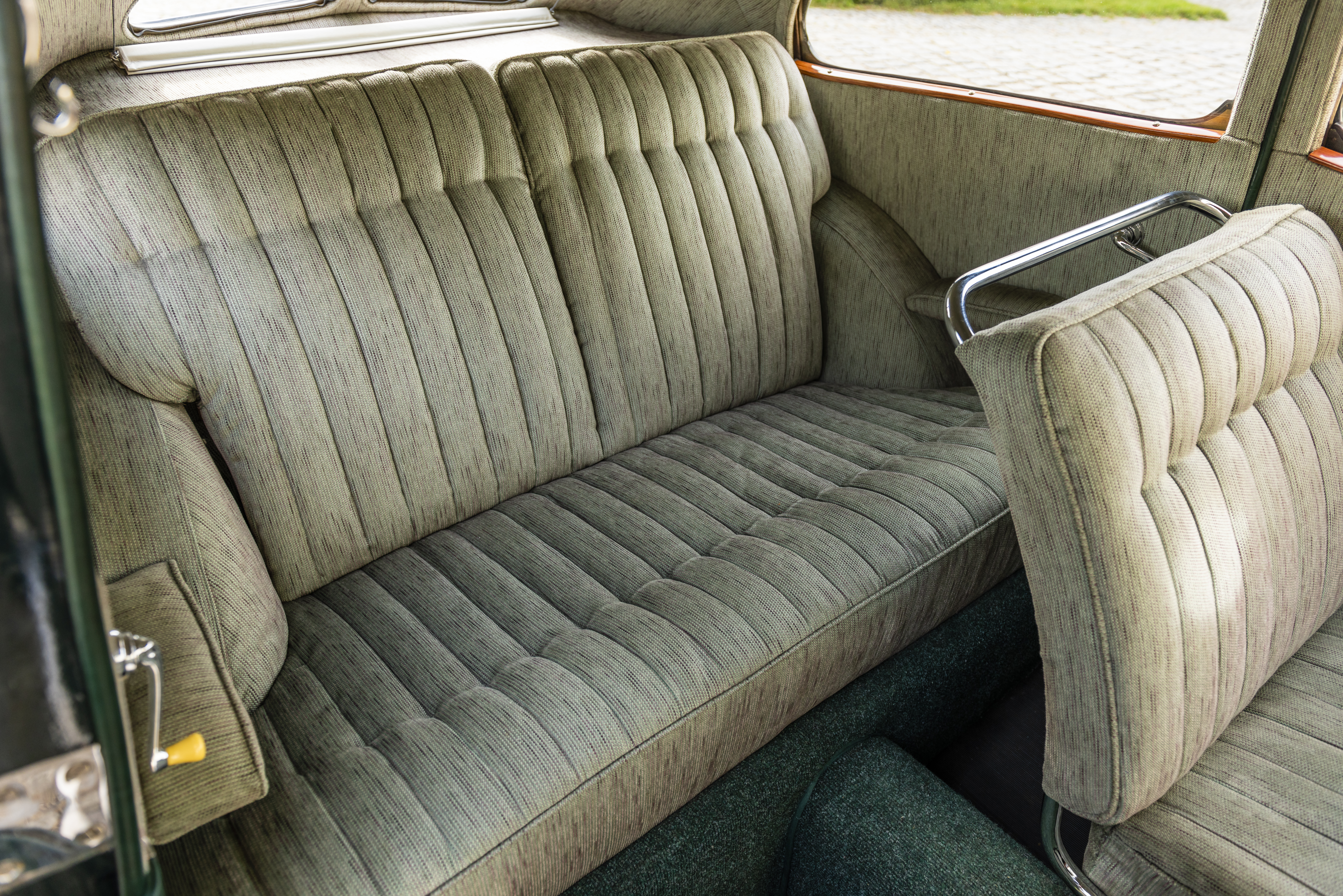 The car’s interior after renovation

When he’s driving the car for the photo shoot, it’s clear he can handle it perfectly. He’s not afraid to speed up and keep pace with cars that are eight decades younger. As he says, he doesn’t want to slow everyone else down: a good driver is considerate to other road users. When his car was made the traffic was very different from today, so it doesn’t have brakes like modern cars. And he doesn’t travel light: his boot is always full of piles of spares in the unlikely event that his car needs a quick fix while it’s on the road.

“Besides the original spare wheel, I also keep seals for under the head, a coil, spark plugs, a V-belt and plenty of tools in the car. Carrying spares around with you used to be the norm. And I have to accept that my RAPID is no spring chicken. But it still gives me lots of pleasure, and I get the feeling the car enjoys being out on the roads,” Miroslav Strouhal concluded. 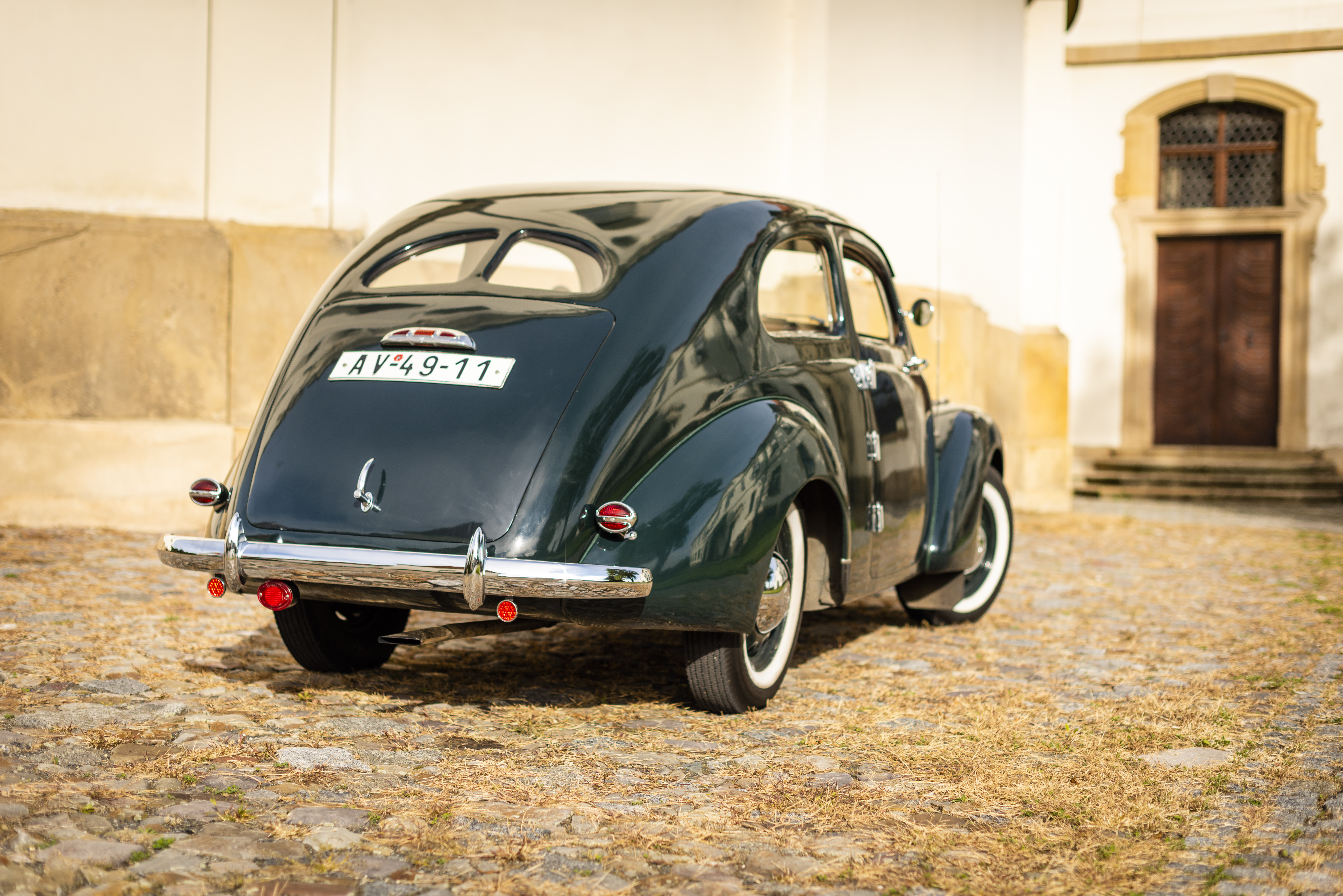 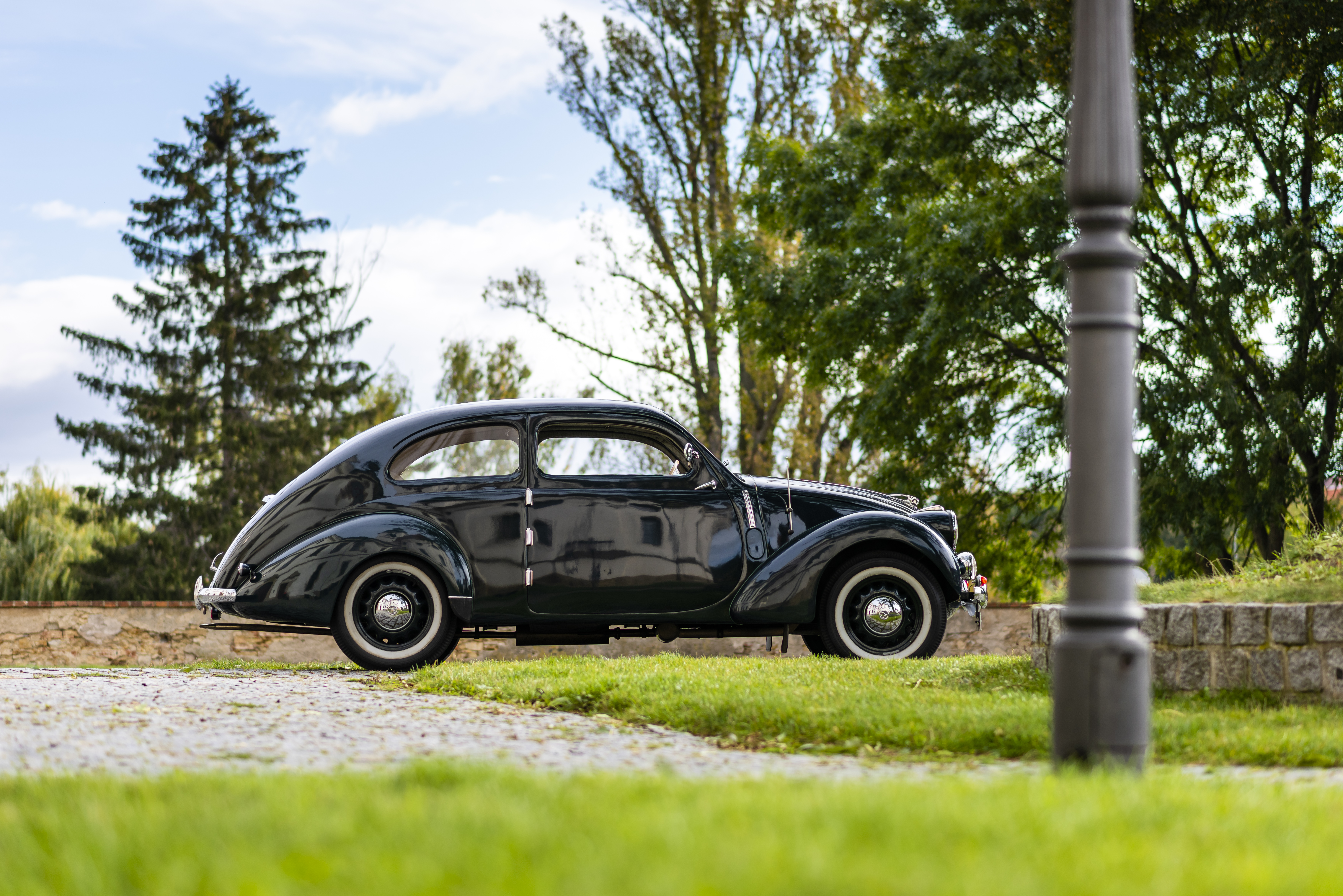 “I DON’T NEED ANOTHER CAR,” SAYS THE VINTAGE CAR’S OWNER 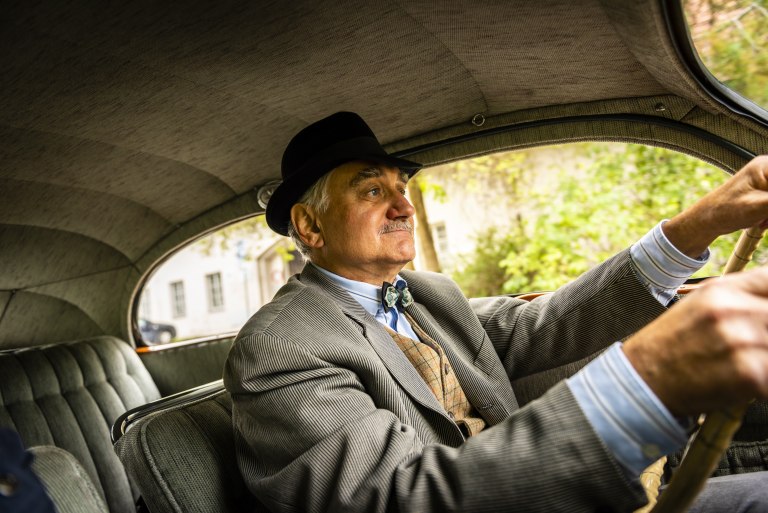 Miroslav Strouhal behind the wheel of his RAPID OHV 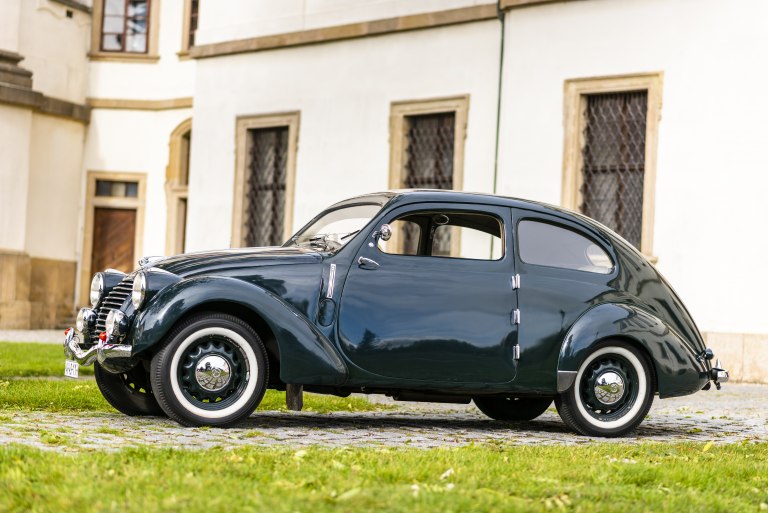 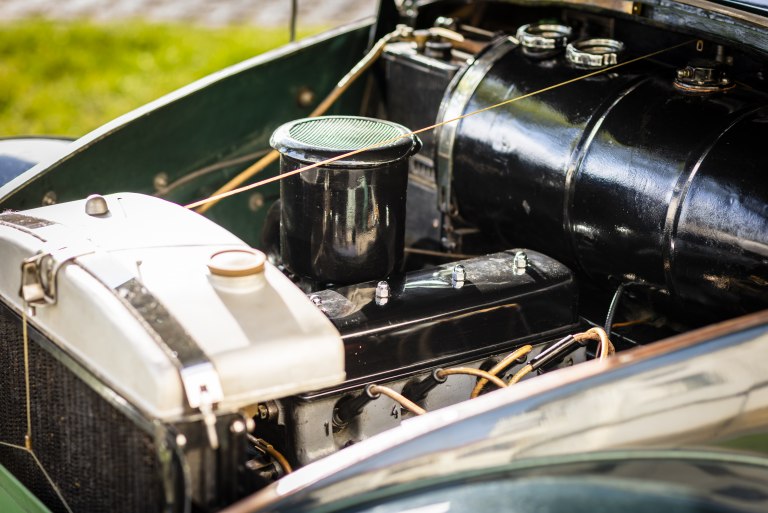 Instead of the RAPID’s standard 31-horsepower 1.4 l engine, this version was fitted with a 1.6 l OHV engine that delivered 42 HP.

The start of renovation work in 1979 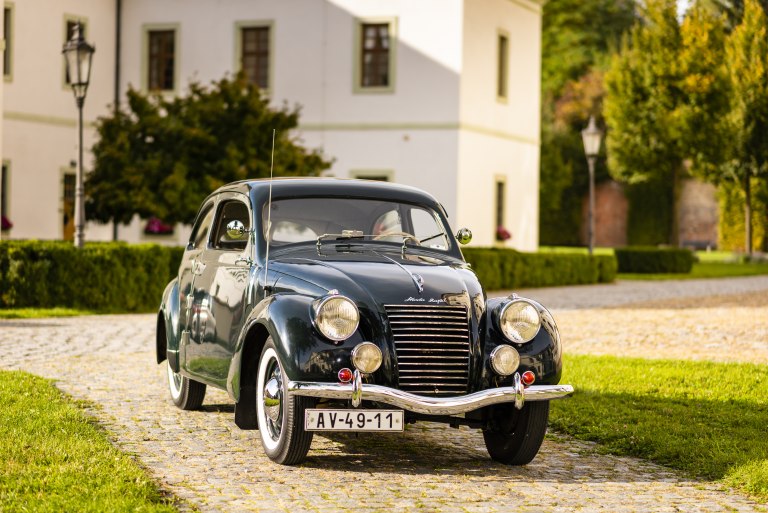 Miroslav Strouhal gave the car a complete overhaul, from the engine and the axles to the body. 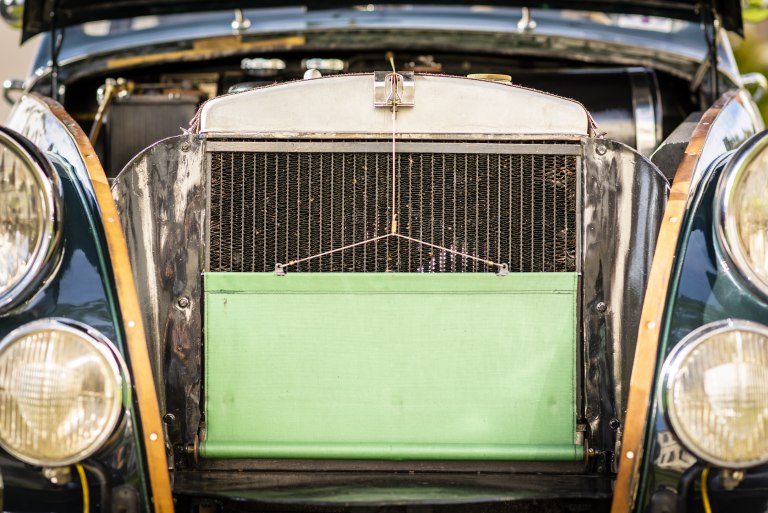 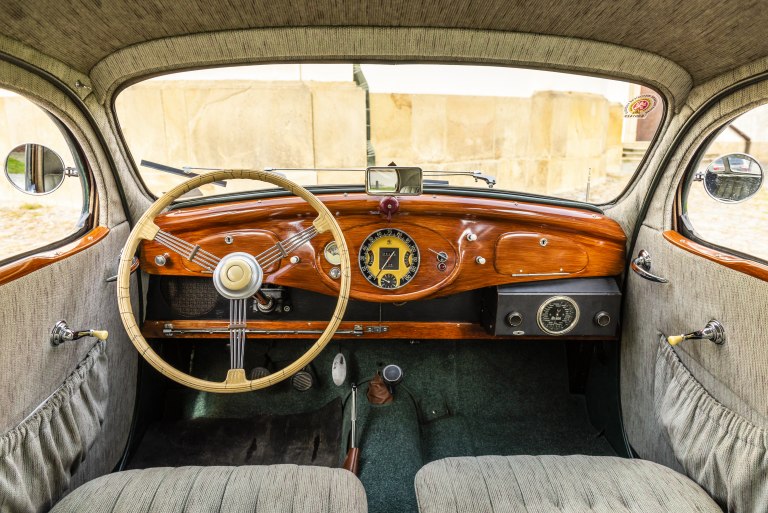 The dashboard, including the Mende valve car radio. 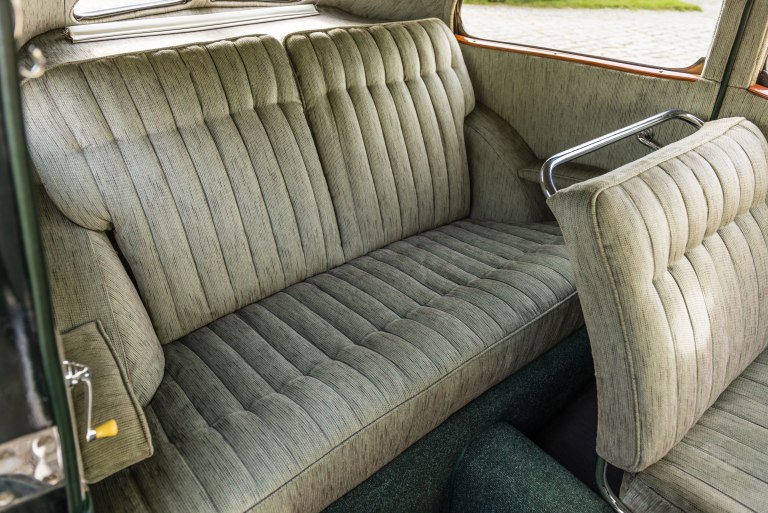 The car’s interior after renovation 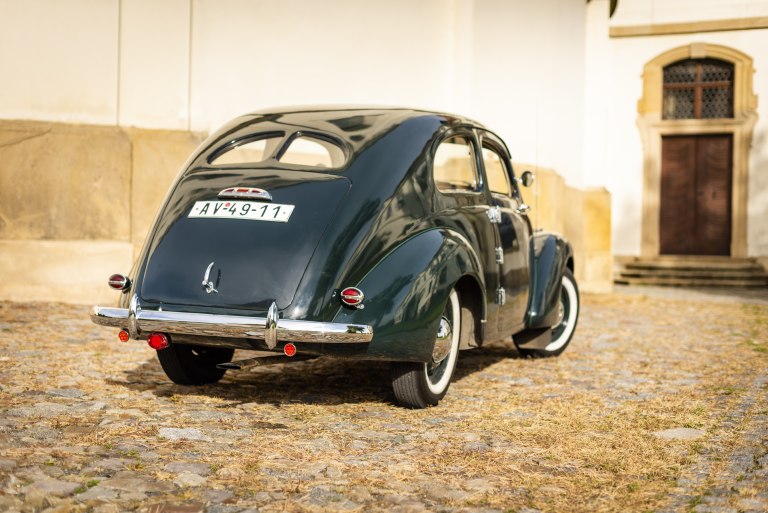 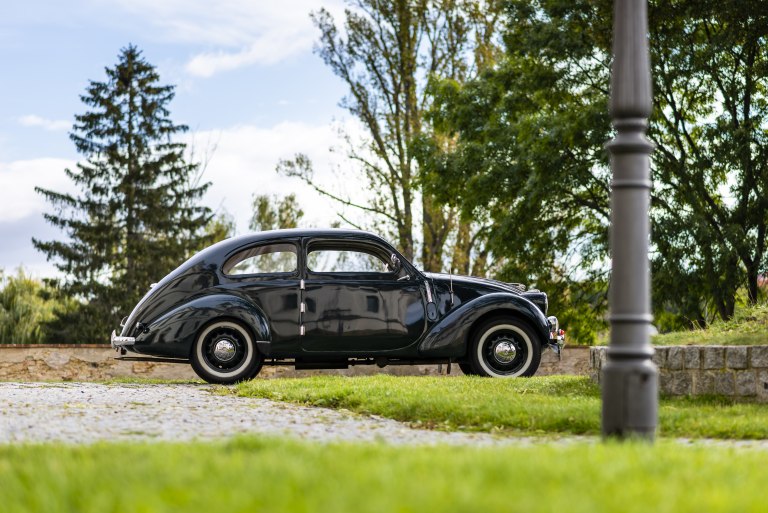