The Highest Level of Comfort for ‘Seated Giants’ 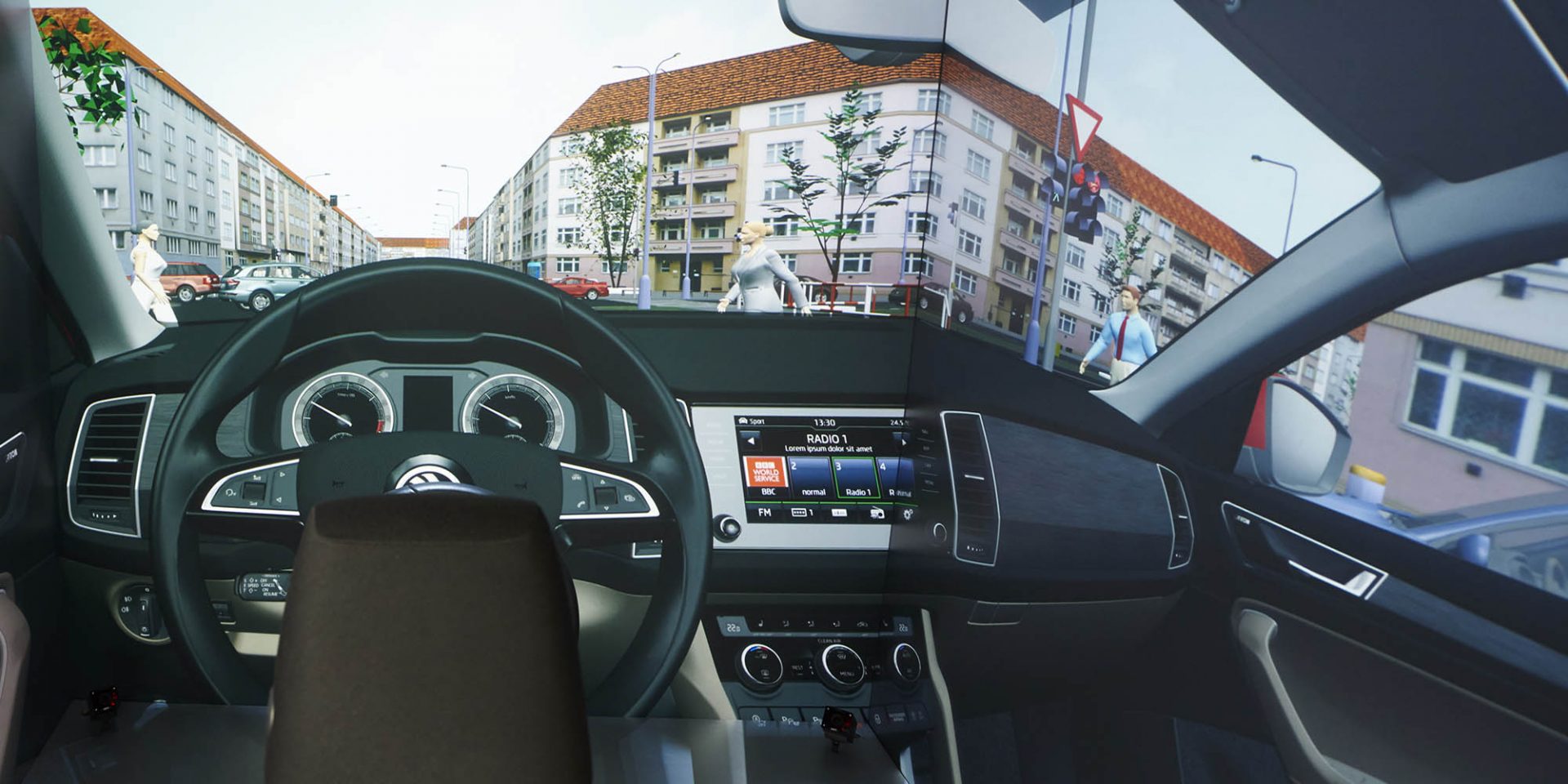 It was only a few months ago that ŠKODA presented its first large SUV to the global public. Years of planning and many hours of hard work went into the premiere – especially during the car’s development.

Technological advancements enable once separate disciplines to work closely together at ŠKODA: by using modern software and hardware, many factors can be put to the acid test during the early phases of development – in the virtual world. Thus, many areas at ŠKODA resemble a gamers’ convention more than they do a car factory: 3D glasses, controllers and large screens are part of day-to-day work for experts such as Radoslav Horák. The engineer works in ŠKODA’s Technical Development department in Mladá Boleslav, more precisely as design support coordinator for the in-car driver environment. “Contrary to popular belief, tests involving real models of the interior take place relatively late on.” Instead, Horák and his colleagues use special 3D CAD software to design and gradually adjust the interior on the computer. In doing so, experts can immediately see the effect that individual changes have on overall ergonomics.

For the ŠKODA KODIAQ, the stated aim was to set new benchmarks in the SUV segment in terms of ergonomics, seating comfort and boot concept. Anyone should be able to get in and out with ease, find a good position for the seat belt and, most importantly, have optimum all-around visibility – regardless of whether they are a petite woman or a 6-foot-6-inch man, also known in the trade as a ‘seated giant’. The third row of seats, which is available as an option for the first time in a ŠKODA, played a significant role. It should be easy to fold down and easily accessible by any passenger.

3D glasses, controllers and large screens are part of day-to-day work for experts 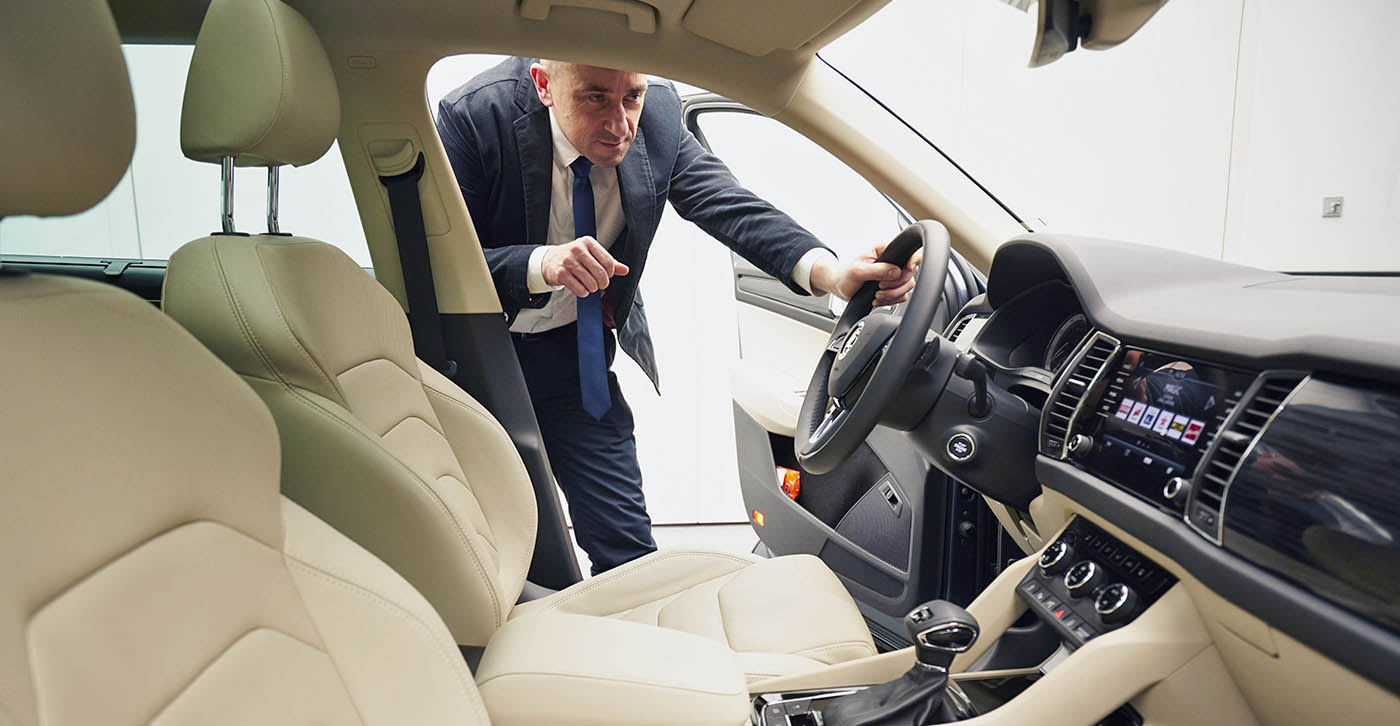 The first responses endorse our work, customers are delighted with the KODIAQ

“In order to test this, we designed a three-dimensional dummy on the computer, which we were then able to place in our virtual interior,” explains Horák. The programmers specified body measurements and proportions precisely, so that the conditions could be tested for any driver imaginable. The experts extensively tested the seat position, feeling of spaciousness and headroom early on. Furthermore, all of the dummies slipped into the third row of seats – with the result that the middle row of seats in the completed ŠKODA KODIAQ can now slide 18 centimetres in both directions. The operability of the radio, large infotainment system and air conditioning was also an important test.

Finally, test drives got underway in a special 3D ‘cave’ that allows real situations to be experienced as accurately as possible. Apart from the steering wheel and the driver’s seat, which can slide forward and backwards just like in a real car, everything is simulated here; large screens displaying the surroundings are fitted all over the inside of the cave. Whether it’s driving in the city or on motorways – anything is possible. Horák hears the corresponding exterior noises as well as the sound of his own car. Even critical situations can be negotiated risk-free in these caves, multiple times if necessary. Depending on the viewer’s position or line of sight, the display on the screens also changes. This means that the experts know the properties of the blind spot and whether the A-pillar blocks out too much of the view for some drivers.

In the cave, Horák wears tinted 3D glasses which have a frame with small balls attached to the top of them. Using controllers similar to those used for the Wii games console, he can operate the virtual car and, for example, test how far to the right he needs to lean in order to open the glove compartment. “Virtual test drives also allow us to determine as accurately as possible how different light conditions affect sight and, for example, whether distracting reflections appear.” Depending on the result, the colleagues were able to make modifications to the ŠKODA KODIAQ directly at the click of a mouse and, for instance, adjust the position of the infotainment screen. The designers also tested how well the driver can see traffic behind the vehicle in the rear-view mirror and wing mirrors and the effect of the ambient lighting.

Further tests are only carried out once the team is happy with the virtual reality – first with specially made models, or mock-up seats as they are known, then later with prototypes. However, Horák and his colleagues do not receive final feedback until a few years later – from customers. “The first responses endorse our work,” he says. “Customers are delighted with the KODIAQ.”

JOIN THE TEAM OF ŠKODA! 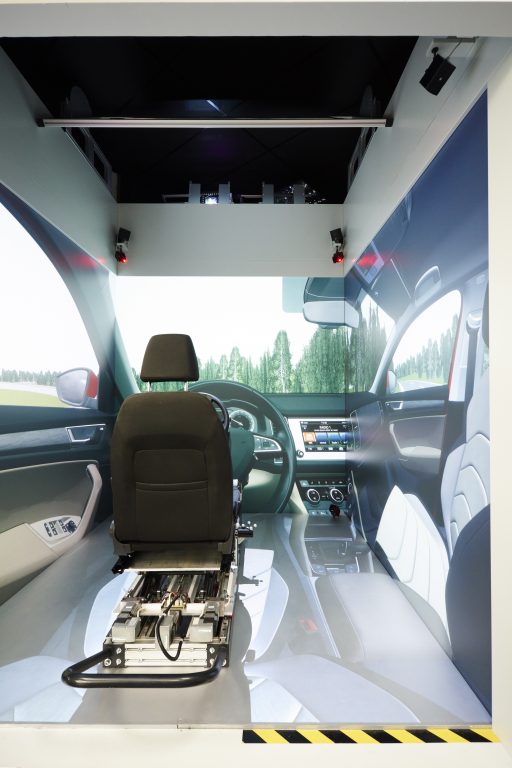 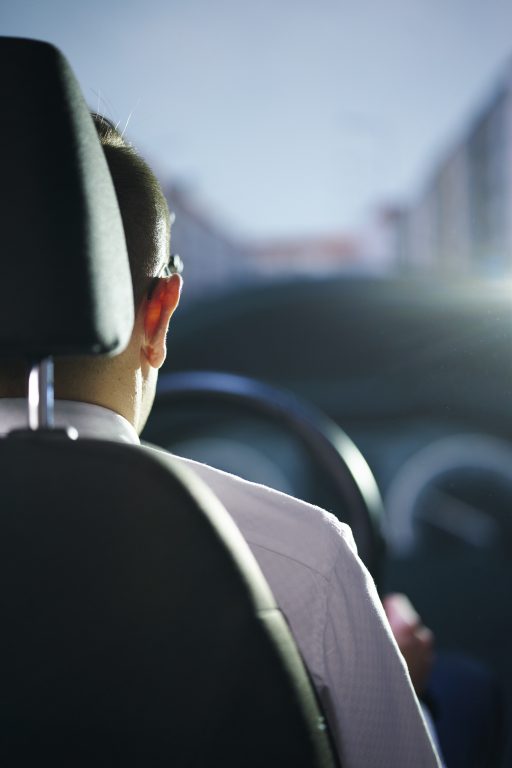 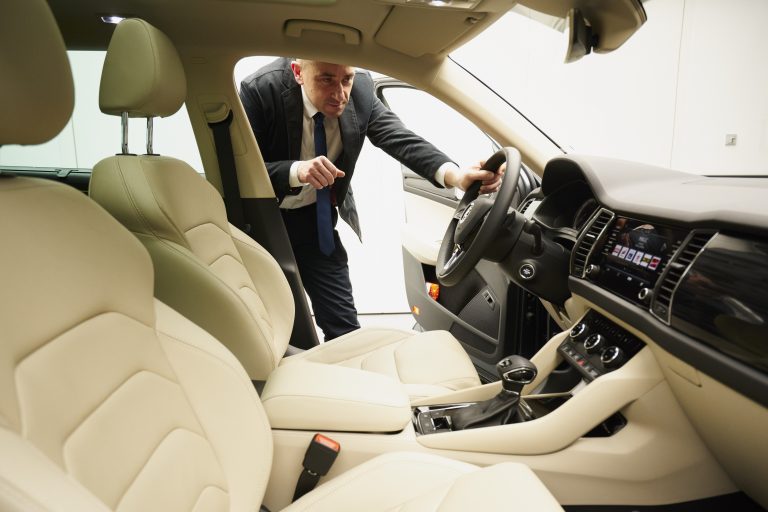 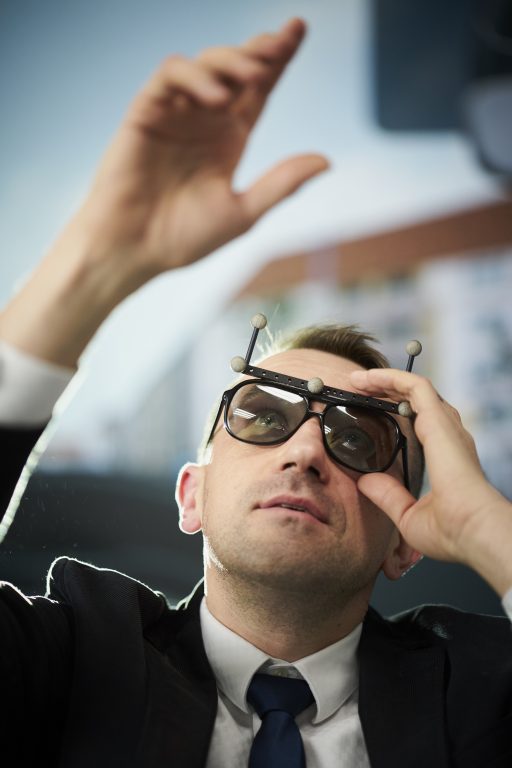 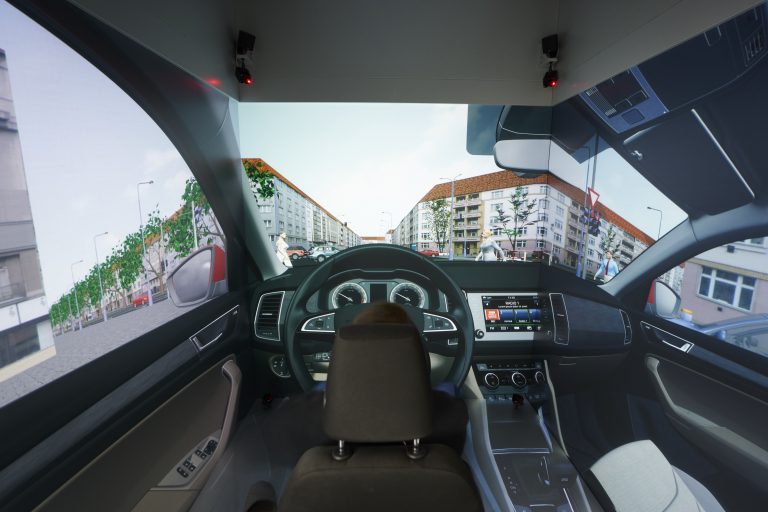