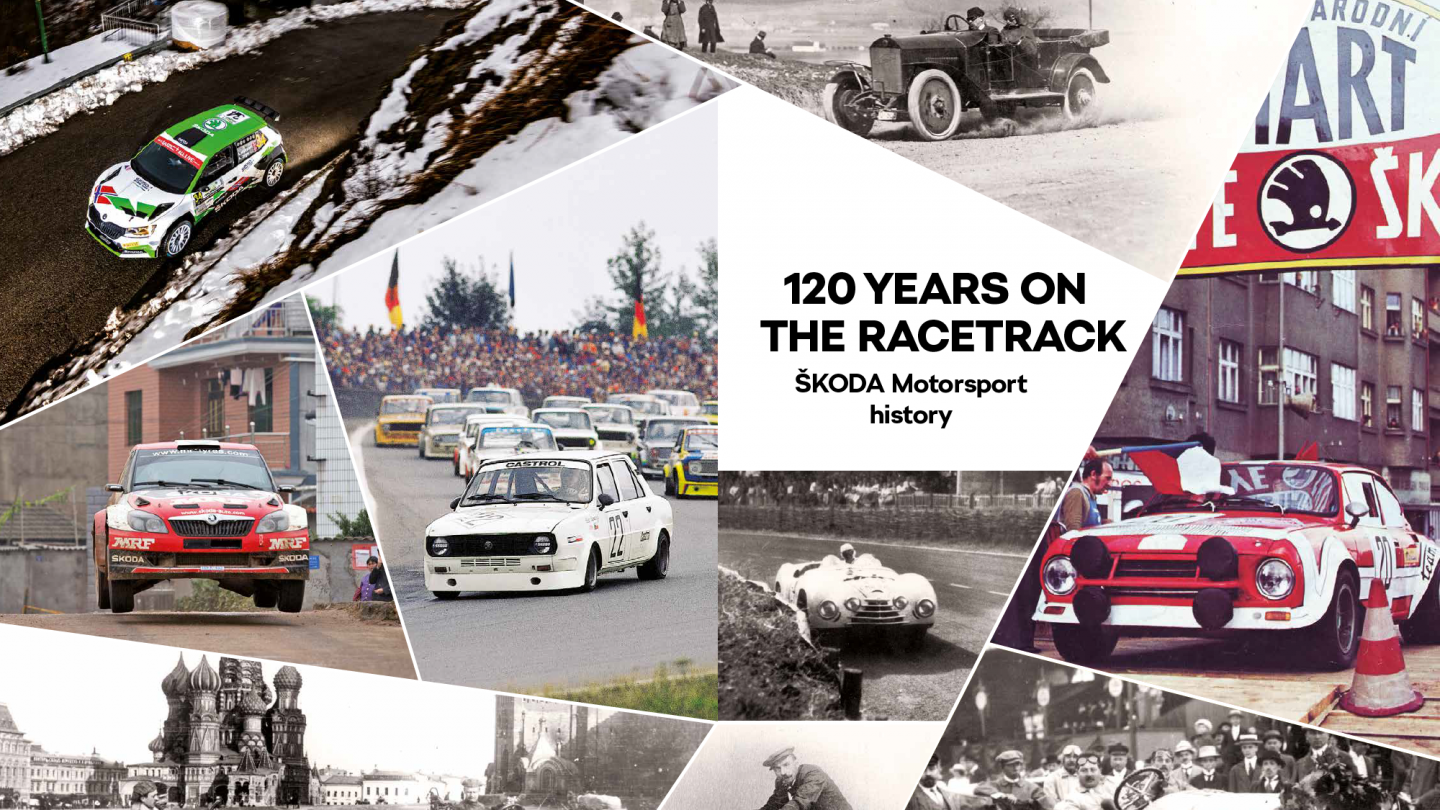 › Mladá Boleslav-based company has been active in international motorsports since 1901
› Laurin & Klement/ŠKODA vehicles have been winning rallies, mountain and circuit races in Europe and overseas for more than a century
› 32-page brochure features information on key models and fascinating stories from the pioneering days of motorsport to the present day
› Video: Rally driver Jan Kopecký tries out five legendary racing models – from the L&K FC to the current ŠKODA FABIA Rally2 evo

Mladá Boleslav, 1 July 2021 – To mark its 120th anniversary, ŠKODA Motorsport is commemorating its many successes on the international racetracks and rally circuits. A brochure, which is now available online, offers exciting reports and fascinating pictures covering the greatest victories of the L&K/ŠKODA brand as well as the vehicles and their drivers. In addition, rally driver Jan Kopecký brings 120 years of ŠKODA motorsport to life in a video.

The Mladá Boleslav-based company’s success story in international motorsport began on 27 June 1901, when Narcis Podsedníček took part in the Paris-Berlin Marathon on a Laurin & Klement Type B motorbike. Over the following years, the motorbikes of the then little-known Czech brand rode to numerous victories before the manufacturer finally secured the unofficial world championship title in 1905. The fledgling company’s automobiles also demonstrated their winning capabilities both in long-distance and mountain races as well as on circuits and at other sporting events. From 1925, they went on to achieve further successes under the ŠKODA brand name, initially taking class victories at famous events such as the Monte Carlo Rally and the 24-hour race in Spa-Francorchamps, Belgium, through to winning rally series during the 1970s and 1980s. During this period, ŠKODA also won the title in the European Touring Car Championship. Over the past 30 years, ŠKODA AUTO’s development as part of the Volkswagen Group has brought with it numerous motorsport successes. Today, the ŠKODA FABIA Rally2 evo has crews around the world collecting titles in the FIA World Rally Championship and national competitions.

120 years of motorsport from Mladá Boleslav in a new brochure
Selected milestones and exciting background stories are brought to life in a 32-page illustrated book. Featuring a host of captivating reports and illustrative pictures from past and present, it guides readers through the 120-year history of ŠKODA Motorsport. The brochure includes motorised ‘two-wheelers’ as well as voiturettes (‘carriages’) from the Laurin & Klement racing team, driven by Václav Vondřich and Count Saša Kolowrat-Krakovský, for example. The following era was characterised by a wide variety of technical approaches: From the classic vehicle concept of the legendary OCTAVIA in the 1950s and 1960s to rear-engined models, such as the ŠKODA 130 RS Coupé, to the front-wheel-drive cars of the FAVORIT era and their successors. In addition, the brochure also examines the present-day world of ŠKODA Motorsport through to special models with all-wheel drive.

ŠKODA Storyboard Video: Five icons from the history of ŠKODA Motorsport in action
The ŠKODA Storyboard also presents a wealth of exciting content on the 120-year history of ŠKODA Motorsport. In one video, rally driver Jan Kopecký takes five legends from the past 120 years of motorsport for a spin. He first tries out the Laurin & Klement FC from 1908, a representative of the first generation of racing cars from Mladá Boleslav. In the ŠKODA SPORT from 1950, Kopecký then relives the atmosphere of the 24 Hours of Le Mans, before checking out the rear-engined ŠKODA 130 LR Type 745 saloon from 1984 and the class winner of the 1994 Monte Carlo Rally, the ŠKODA FAVORIT 136 L hatchback. The tour through 120 years of ŠKODA motorsport ends with a ride in the current ŠKODA FABIA Rally2 evo. 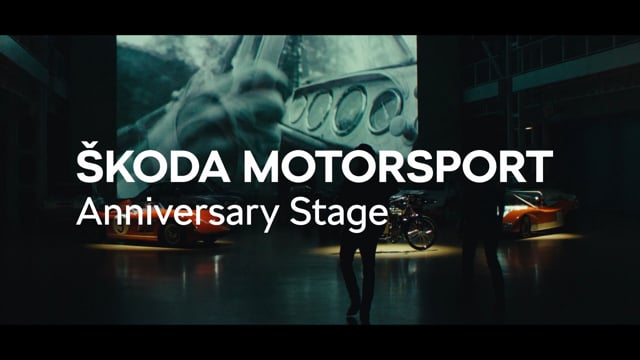 Five icons from the history of ŠKODA Motorsport in action

120 years of motorsport from Mladá Boleslav in a new brochure 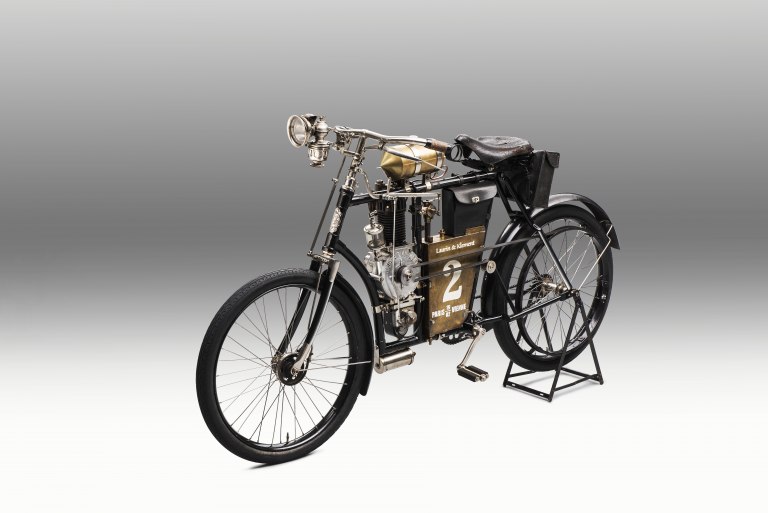