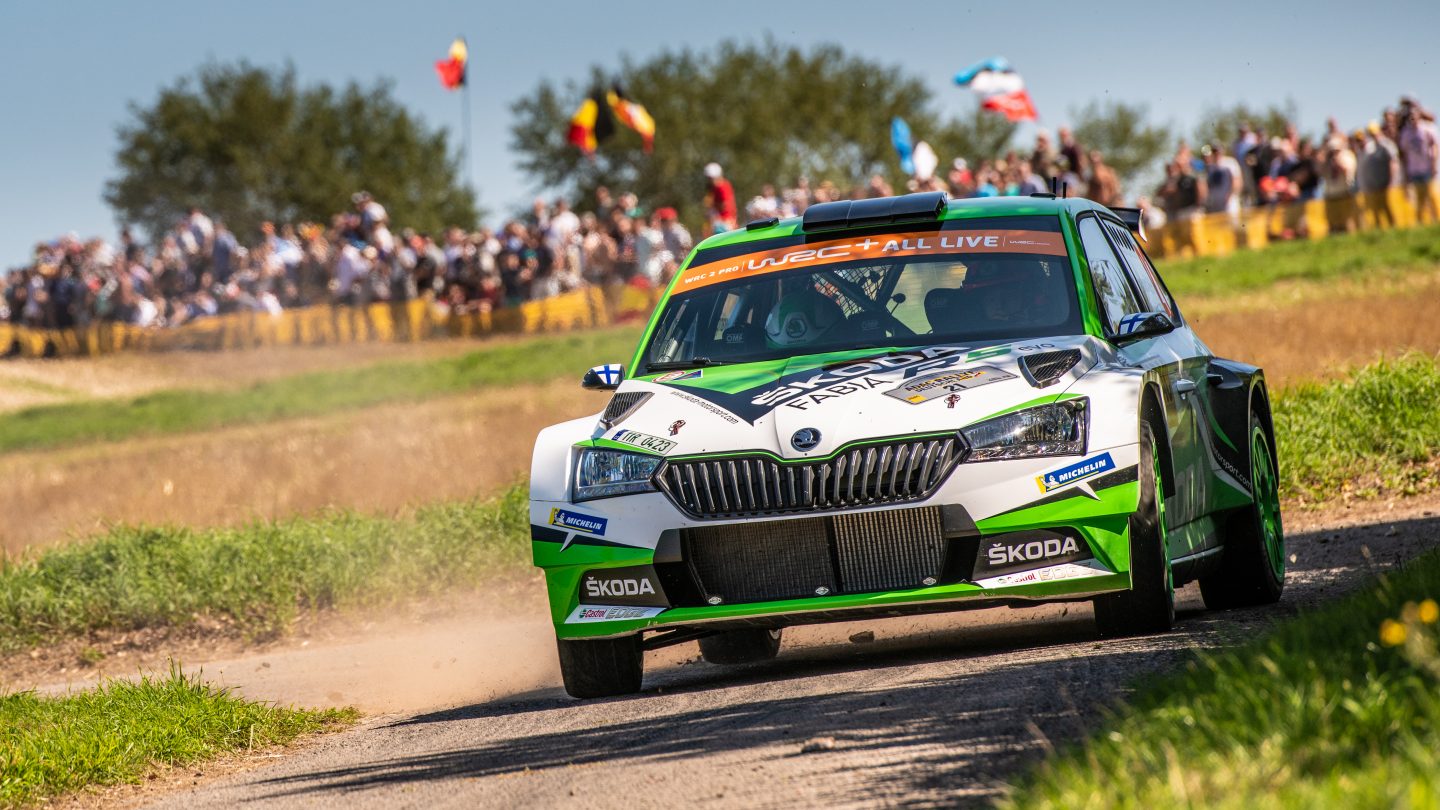 › Driving a ŠKODA FABIA R5 evo, Kalle Rovanperä and co-driver Jonne Halttunen head the category and are as well quickest among the originally 27 cars strong R5 field
› After day two of the German round of the 2019 FIA World Rally Championship, last year’s WRC 2 winners Jan Kopecký/Pavel Dresler hold second place in WRC 2 Pro
› In the field of the R5 cars, ŠKODA crews set six fastest times on the seven stages

Bosen, 23 August 2019 – 18 years young Kalle Rovanperä, co-driver Jonne Halttunen (FIN/FIN) and the ŠKODA FABIA R5 evo continue to impress in the WRC 2 Pro category of the FIA World Rally Championship 2019. After day two of ADAC Rallye Deutschland (22/08/–25/08/2019), the two Finns are leading their class as well as the field of R5 cars. Their teammates Jan Kopecký/Pavel Dresler (CZE/CZE), who last weekend won another title in the Czech Rally Championship, are occupying second position.

Right from the start of the German WRC round, ŠKODA works crew Kalle Rovanperä and Jonne Halttunen set the pace among the originally 27 R5 crews. Already on the opening stage on Thursday evening, close to the service park at Bosen in the Saarland region, they powered their ŠKODA FABIA R5 evo to the fastest time in WRC 2 Pro category. Their teammates Jan Kopecký and co-driver Pavel Dresler finished one place down, just one second adrift. “This rally will be much tougher to win than previous events,” was Kalle Rovanperä looking ahead to the three days of rallying to come.

On a sunny and warm Friday morning, the crews had to face the special stages in the famous Mosel vineyards. Overnight WRC 2 Pro leader Rovanperä continued to set fastest times. Reaching  the midday rest halt at the picturesque Lake Bostal, both ŠKODA works crews topped the WRC 2 Pro category. For the rest of the day, Kalle Rovanperä remained dominant and increased his lead to 19.6 seconds ahead of teammate Jan Kopecký, who again delivered a fast and faultless drive.

ŠKODA Motorsport boss Michal Hrabánek emphasizes: “There is still a long way to go. Kalle and Jan performed really well, and again our ŠKODA FABIA R5 evo proved to be the quickest car of its category. Our priority is to achieve a good result and to conquer as many championship points as possible for ŠKODA Motorsport to defend our lead in the manufacturers’ and drivers’ standings of the WRC 2 Pro championship.“

In the WRC 2 category for private teams, Fabian Kreim (German champion 2016 and 2017) and reigning champion Marijan Griebel, both being supported by ŠKODA Auto Deutschland, hold third and fourth position on their first event with the new ŠKODA FABIA R5 evo.

On Saturday (24 August) eight special stages, four of them on the military area of Baumholder, have to be driven. Sunday (25 August) tops up the competitive route to a total of 19 tests covering 344.04 kilometres. The winner will reach the podium at Lake Bostal on Sunday at around 14h00. 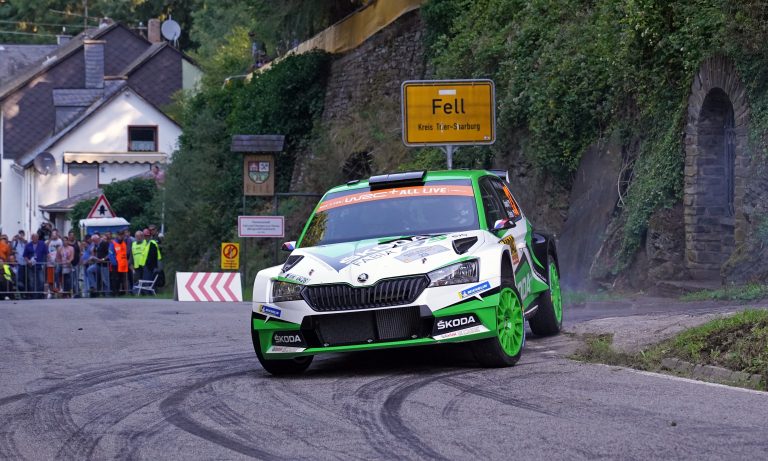 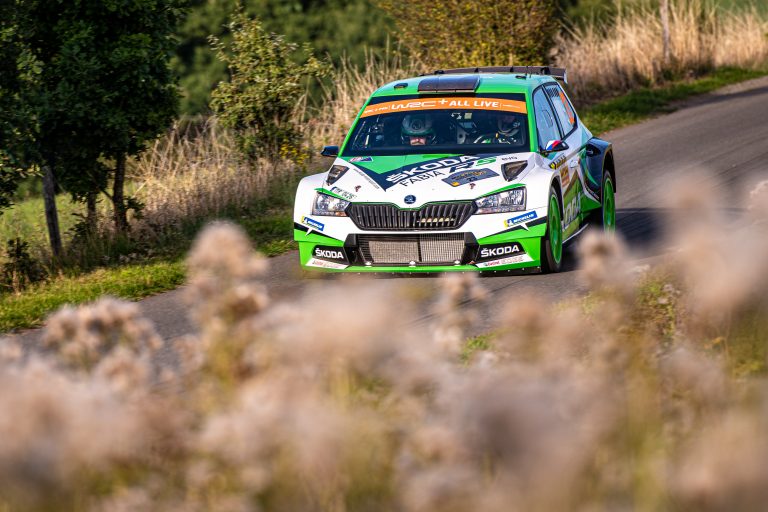 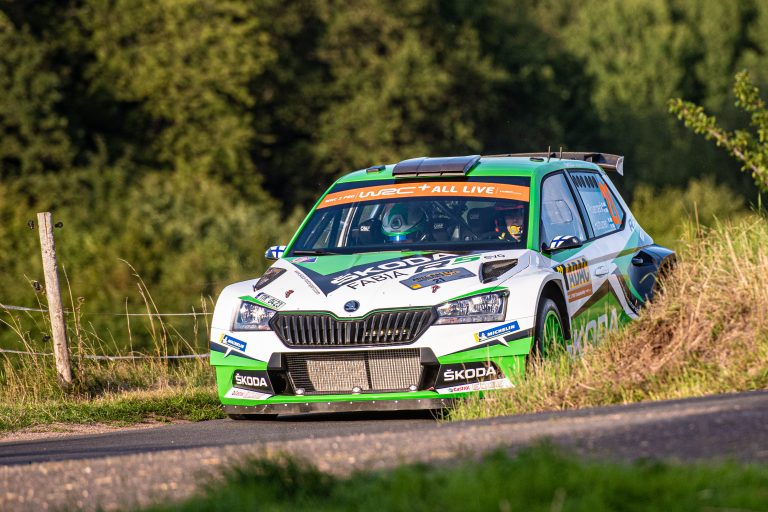 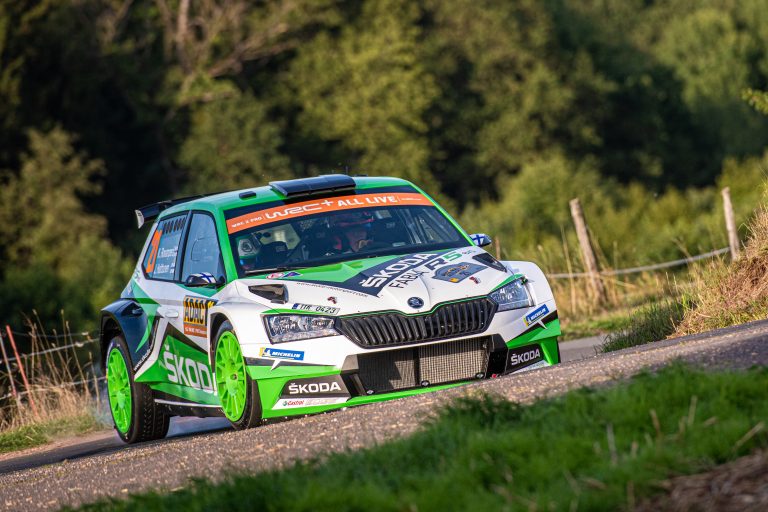 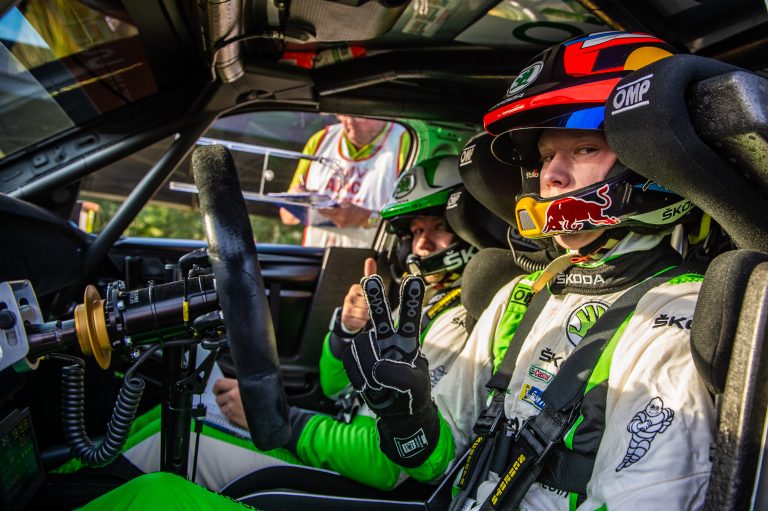 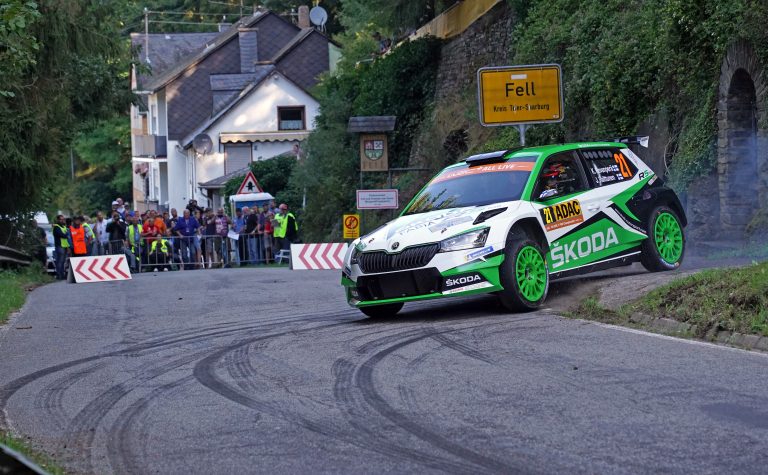 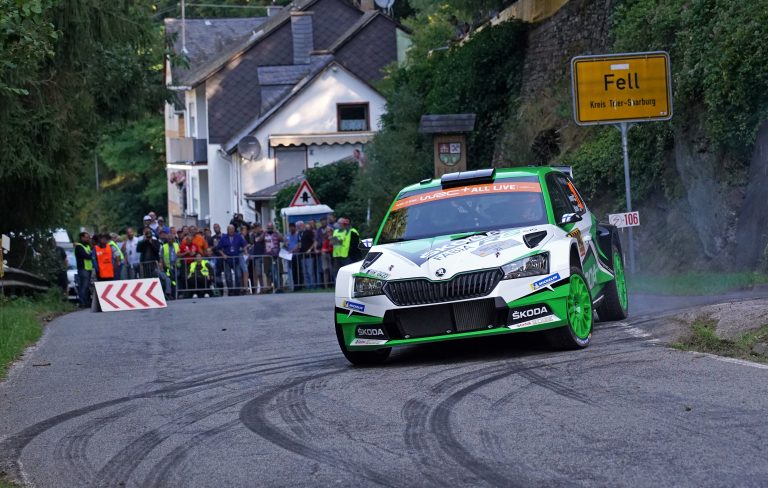 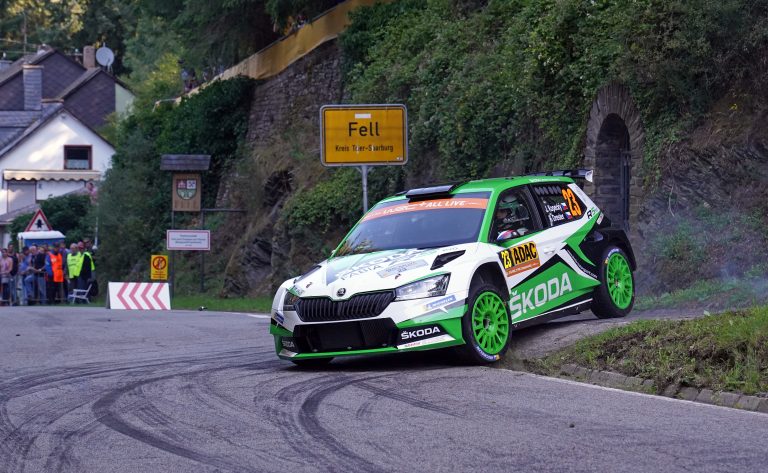 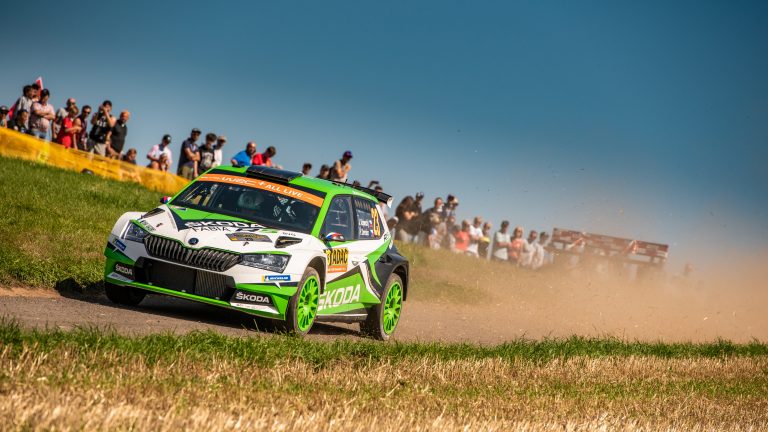 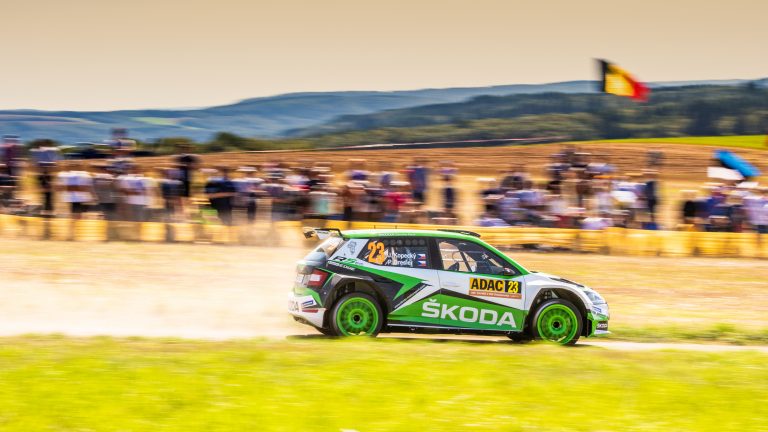 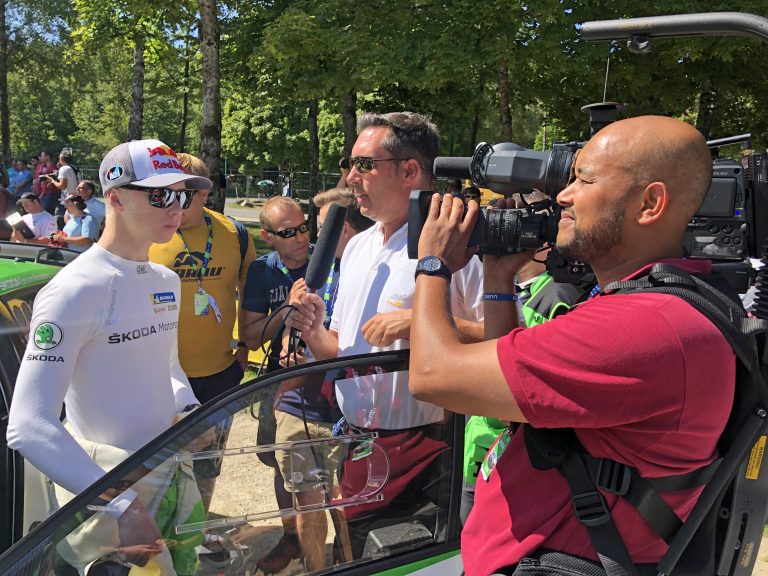 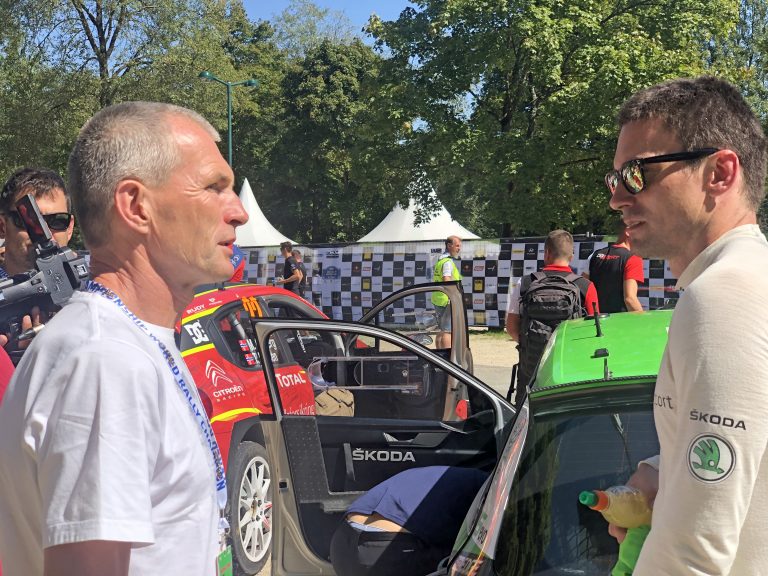 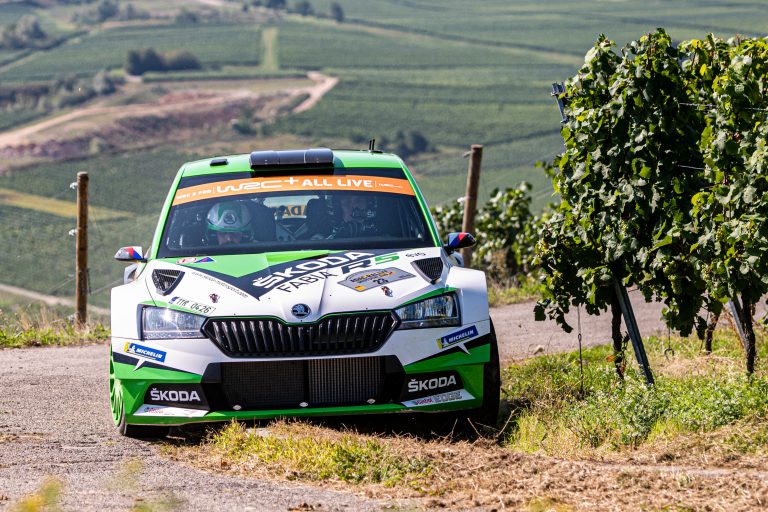 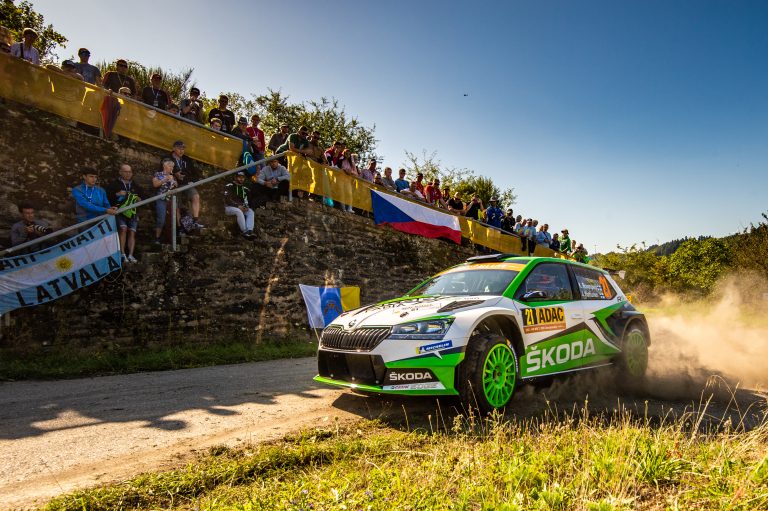 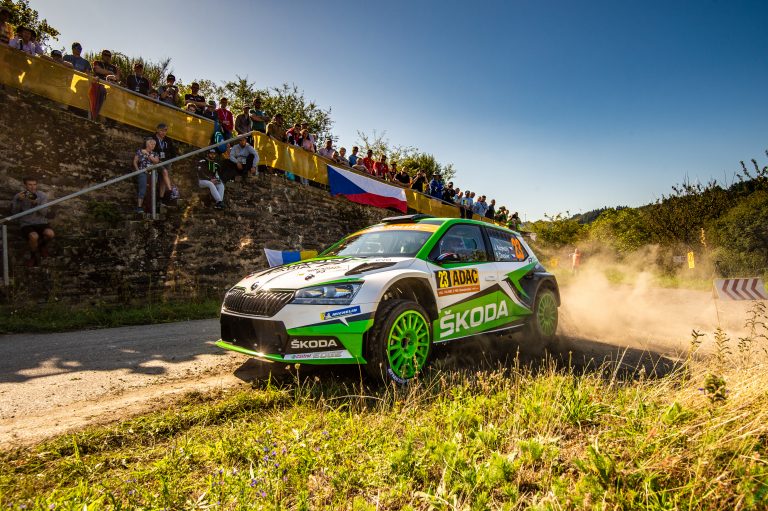 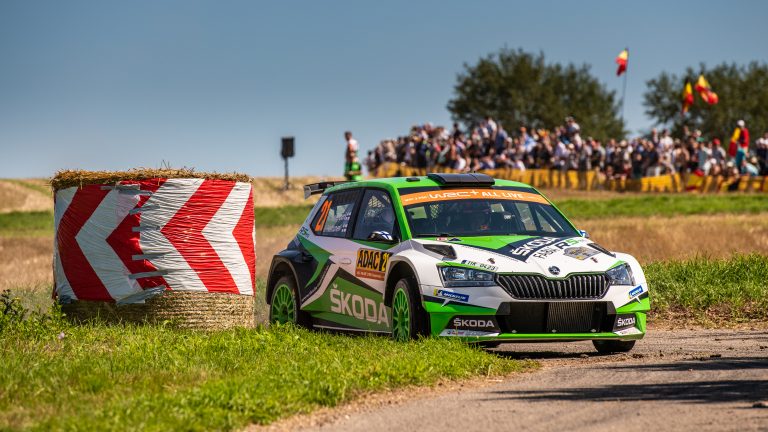 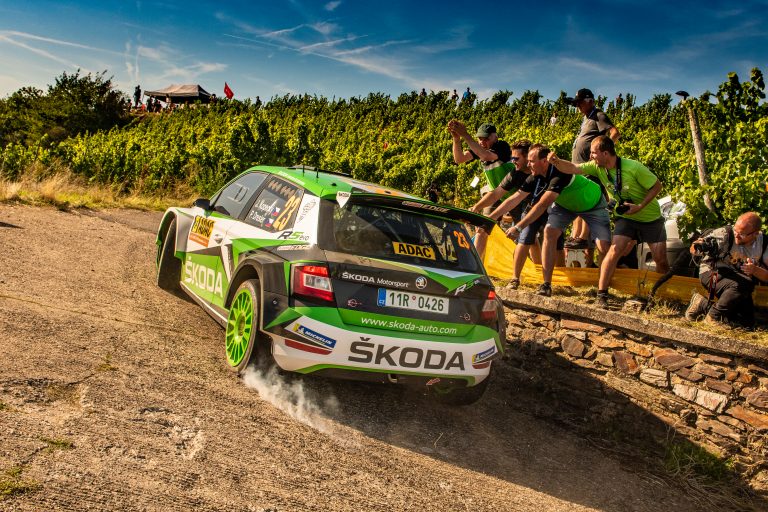 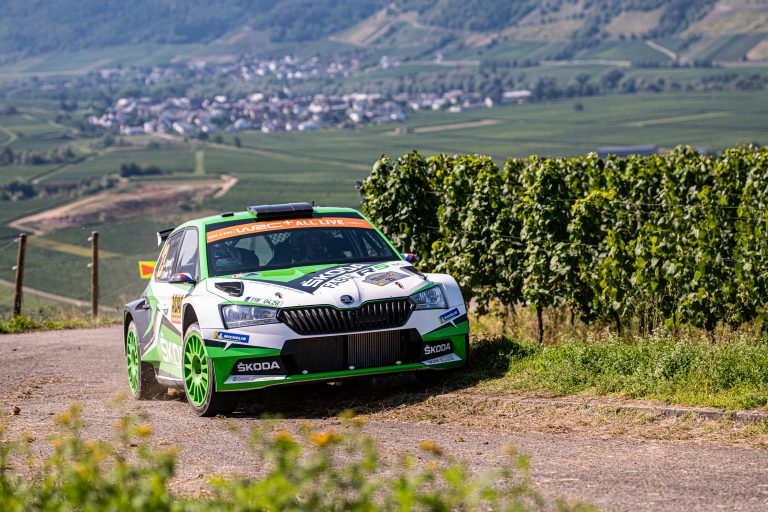 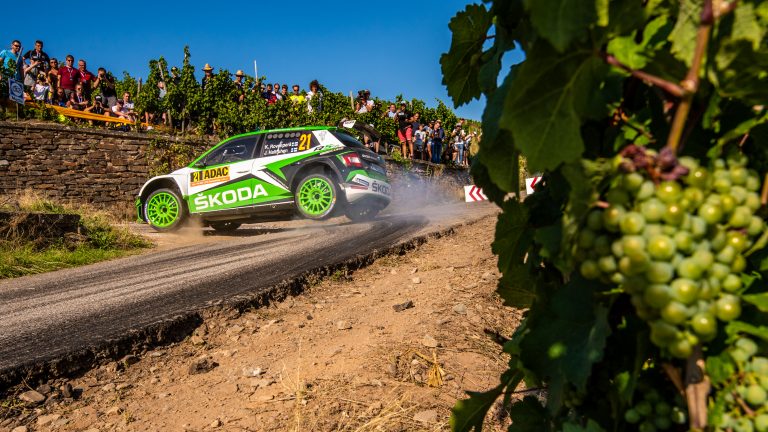 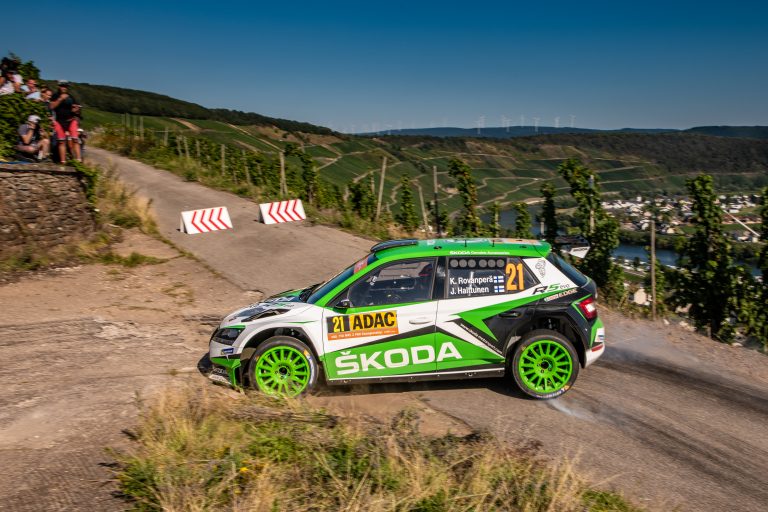 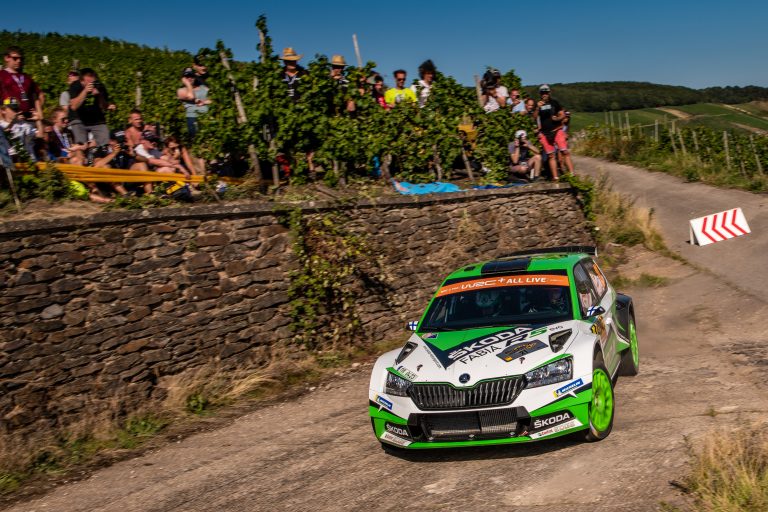