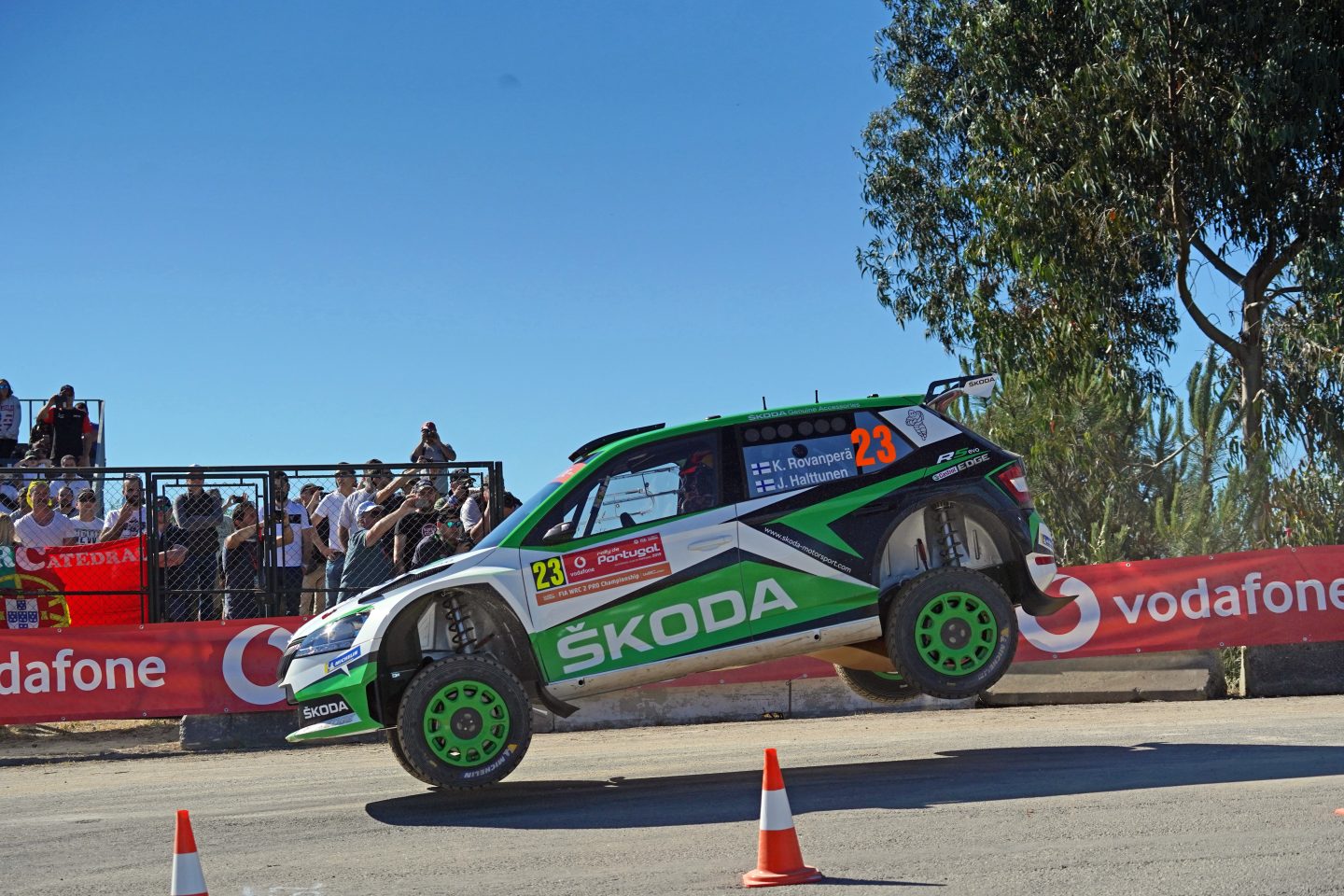 Mladá Boleslav, 20 August 2019 – After four WRC 2 Pro victories in a row on gravel, including their home game at the recent Neste Rally Finland, WRC 2 Pro Championship leaders Kalle Rovanperä and co-driver Jonne Halttunen (FIN/FIN) are facing the challenging tarmac stages at ADAC Rallye Deutschland (22/08/–25/08/2019). Driving a ŠKODA FABIA R5 evo in the Saarland and the Rhineland Palatinate Region, they want to extend their category lead on German tarmac. ŠKODA teammates Jan Kopecký and Pavel Dresler, who on the weekend before ADAC Rallye Deutschland secured another Czech Rally Championship title with a victory at Barum Czech Rally Zlín, are again aiming for a top result after two second places at the WRC rounds in Portugal and Italy. In 2018, they topped the category in Germany, setting a cornerstone for eventually winning the WRC 2 Championship.

The tenth round of the FIA World Rally Championship 2019 in Germany offers a challenging menu of 19 tarmac stages with constantly changing characteristics. The crews have to face tricky and small roads with a lot of hairpins in the vineyards along the river Mosel as well as gruelling and fast tank tracks on rough concrete on the military area of Baumholder, which are extremely abrasive, slippery and also lined by concrete blocks, the infamous “Hinkelsteins”.

Kopecký’s priority: avoiding punctures
2018 ADAC Rallye Deutschland WRC 2 category winner Jan Kopecký emphasizes: “It’s all about avoiding a puncture. Last year, I was leading WRC 2 until I collected a puncture on the notorious ‘Panzerplatte’ stage on the military area of Baumholder. Nevertheless, I could win the category thanks to a successful race to catch up. My aim this time is not to repeat this mishap, but to win again. That’s something I definitely want to repeat.” Jan Kopecký comes to ADAC Rallye Deutschland after winning the Czech Rally Championship at Barum Czech Rally Zlín just the weekend before.

ŠKODA junior Kalle Rovanperä, who last year in Germany mastered his first pure tarmac rally for the official SKODA Motorsport factory team when he finished second in the category and gained valuable experience, is looking forward with confidence. “I had a good pre-event test and I like the challenge of ADAC Rallye Deutschland. At the recent Rally Bohemia, I could demonstrate my tarmac skills in a nice fight with Jan – which I eventually won. At ADAC Rallye Deutschland, I expect the toughest competition to come from him. After all, he won the category already in 2015 and 2018. But there are also a lot of other strong drivers and tarmac specialists aiming for the victory,” Rovanperä says.

ŠKODA Motorsport boss Michal Hrabánek emphasizes: “So far, Kalle and Jan managed to score two double victories in the WRC 2 Pro category in Portugal and Italy. While Jan’s speed on tarmac is beyond any doubt, Kalle already proved that he can be quick on the black stuff as well. We are looking forward to an interesting fight for victory. Nevertheless, both drivers know that we need a good result and championship points for ŠKODA Motorsportto defend our lead in themanufacturers’ standings of the WRC 2 Pro championship.“

ADAC Rallye Deutschland starts on Thursday (22 August) at 19h08 with a short stage in the area around the service park at Bostalsee. Friday (23 August) features six stages in the vineyards along the river Mosel and on fast roads in the Saarland region. On Saturday (24 August) eight special stages, four of them on the military area of Baumholder, have to be driven. Sunday (25 August) tops up to a total of 19 tests covering 344.04 kilometres. The winner will reach the podium at Bostalsee on Sunday at around 14h00.

…that in 2017, rally centre and service park were moved from the historic Roman city of Trier to the holiday region Bostalsee in the federal state of Saarland and stayed there ever since?

…that the changeable road conditions and mixed tarmac surfaces require a suitable compromise in the cars’ suspension setup and tire choice?

…that the big jump called “Gina”, allowing 40 metres of flight, on the longest special stage in Baumholder is named after the famous Italian actress Gina Lollobrigida?

…that around 280 ŠKODA FABIA R5 have been sold to customers around the world and since July already 13 pieces of the successor ŠKODA FABIA R5 evo have been delivered. Four of them compete at ADAC Rallye Deutschland, additional two cars are entered by the factory team. 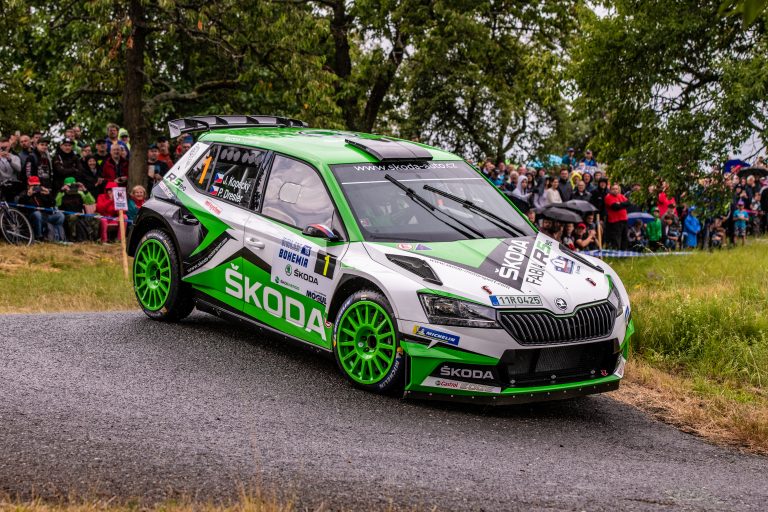