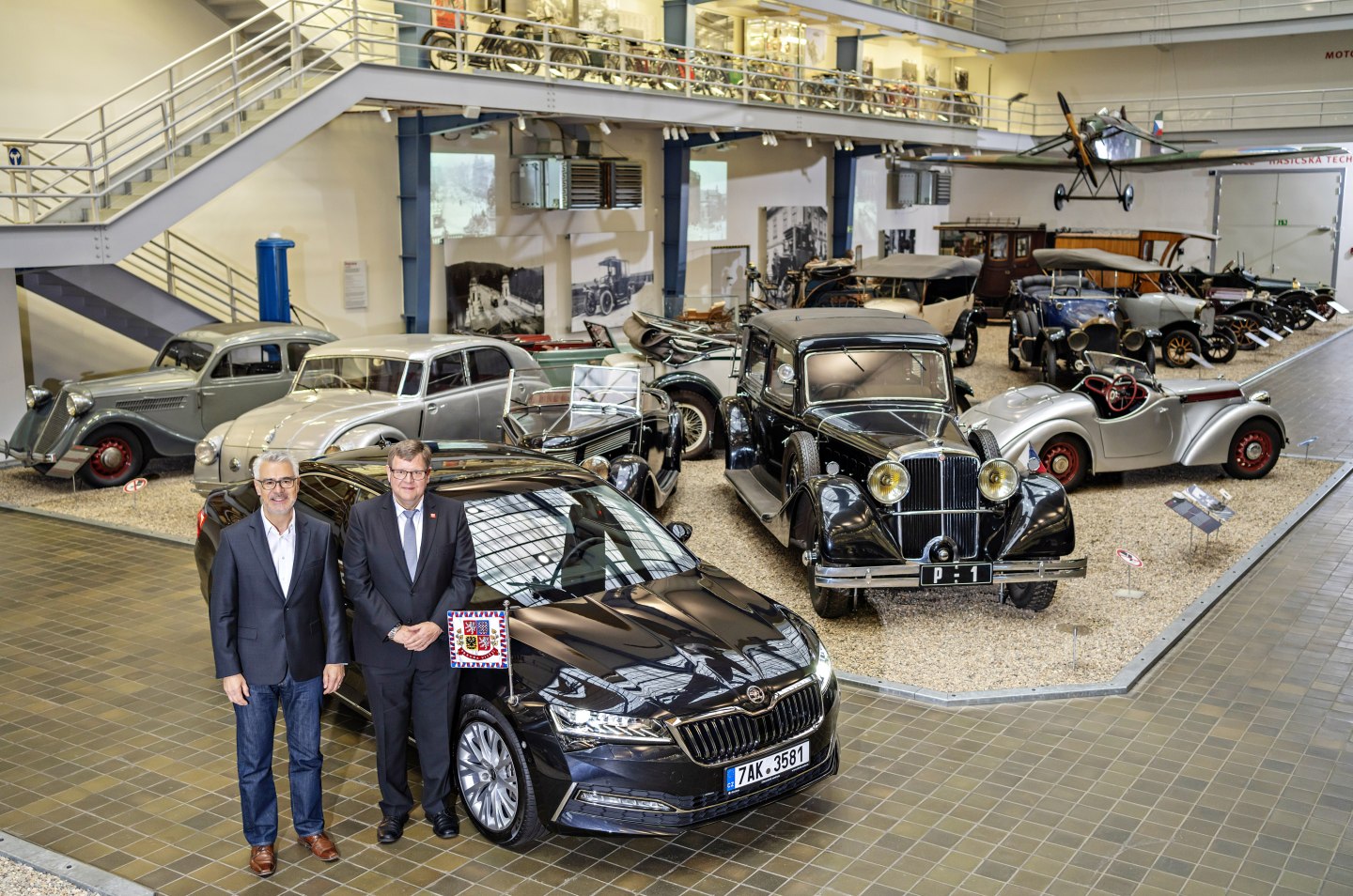 Mladá Boleslav, 27 April 2022 – ŠKODA AUTO has presented the former official vehicle of the Czech head of state to the National Technical Museum in Prague. The ŠKODA SUPERB now stands alongside the collection of presidential vehicles, which includes the state carriage of the Czechoslovak Republic’s first president, T. G. Masaryk. Václav Klement, one of the founding fathers of today’s ŠKODA AUTO, donated one of the Mladá Boleslav-based carmaker’s first models, the VOITURETTE B, as well as several motorbikes and valuable archives to the museum back in 1935.

The Czech President’s previous official vehicle made in 2019 is a black ŠKODA SUPERB Laurin & Klement with a 206 kW 2.0 TSI petrol engine and all-wheel drive. Now the vehicle has made its way into the collection of presidential vehicles at the National Technical Museum in Prague following a formal ceremony. In June 2015, the head of state received the first series-produced third-generation ŠKODA SUPERB. The President of the Czech Republic has traditionally travelled in a ŠKODA SUPERB since 2003.

“The ŠKODA models in the National Technical Museum show that our company is inextricably linked to Czech history. The VOITURETTE B donated by Václav Klement is one of the first automobiles built in Mladá Boleslav. The first Czech-made ENYAQ iV has also been on display here since September last year. I am pleased that we were able to present the Czech President’s former ŠKODA SUPERB to the museum. The model shows that our vehicles also make for impressive state limousines.”

Michael Oeljeklaus, ŠKODA AUTO Board member for Production and Logistics

Karel Ksandr, General Director of the National Technical Museum in Prague, adds: “We are very glad to have such a good cooperation with ŠKODA AUTO. The company has been supporting the National Technical Museum in a spirit of friendship for over a century: Founder Václav Klement left his personal archive to us, as well as donating the first exhibits to our collection and supporting the cultural institution financially. We are delighted to add the President of the Czech Republic’s official car, a third-generation ŠKODA SUPERB, to our collection, thus continuing this long tradition.” 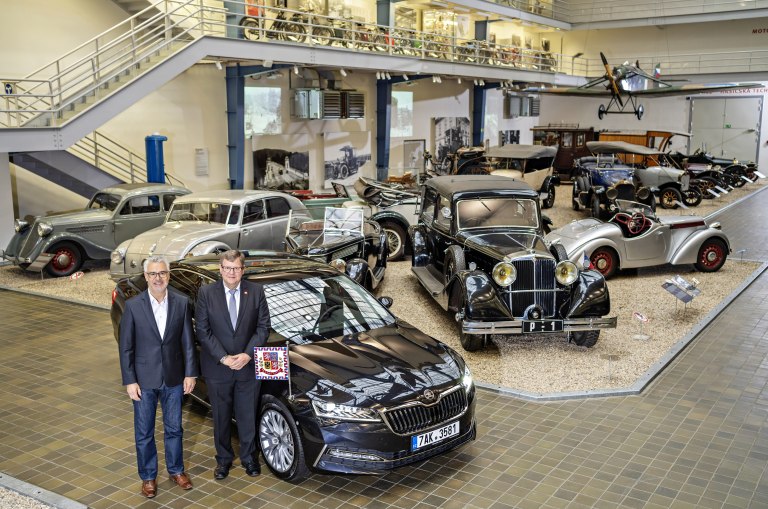