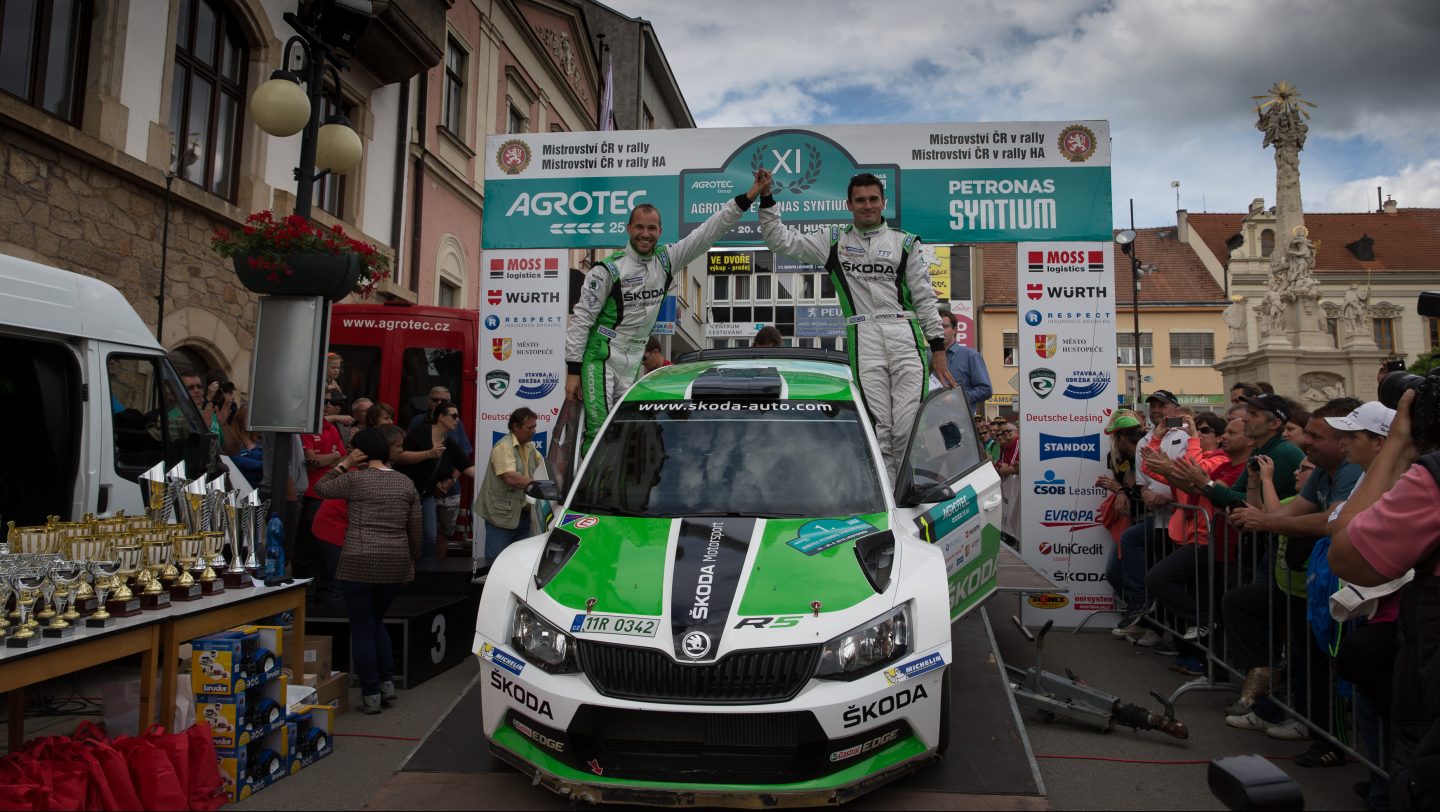 › Jan Kopecký sets sights on fourth win; guest appearance from European champion Esapekka Lappi after the historic first win for the new Fabia R5 in the FIA World Rally Championship (WRC 2)
› Michal Hrabánek: “We are pleased to present the new Fabia R5 live on our doorstep”
› Rally Bohemia forms a highlight of the Czech Rally Championship for ŠKODA

Mladá Boleslav, 8 July 2015 – Emotional home event for the new ŠKODA Fabia R5: Two ŠKODA works teams will line up in the new rally car at the Rally Bohemia, in the region around the ŠKODA headquarters in Mladá Boleslav. After three wins from three starts in the Czech Rally Championship (MČR), ŠKODA driver Jan Kopecký (CZ) and co-driver Pavel Dresler (CZ) are looking to continue their winning run. European champions Esapekka Lappi/Janne Ferm (FIN/FIN) will make a guest appearance in Bohemia after her maiden win for the ŠKODA Fabia R5 in the FIA World Rally Championship (WRC 2). The 42nd Rally Bohemia takes place from 10th to 12th July. 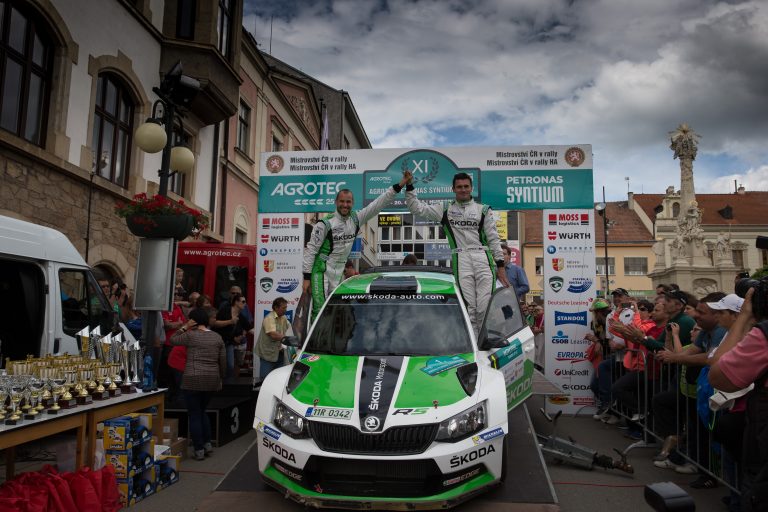 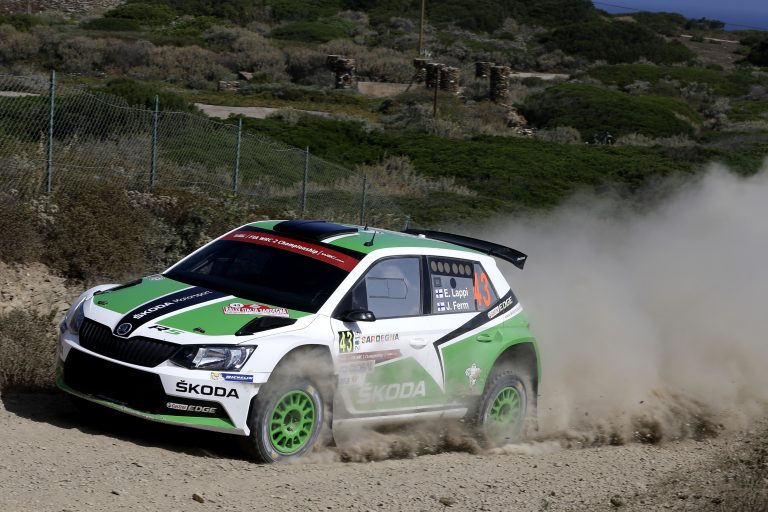 “We are delighted the ŠKODA employees and fans at home, in the heartland of our company, can finally watch our new Fabia R5 in rally action,” said ŠKODA Motorsport Director Michal Hrabánek. “The Rally Bohemia is a special rally for ŠKODA. This is reason enough to line up with two works teams. We want to back up the success the Fabia R5 has enjoyed so far, and to squeeze a bit more potential out of the car,” Hrabánek continued.

ŠKODA is unbeaten since 2009 at the Rally Bohemia. This year, the teams face 151.65 kilometres, the majority of which are on narrow asphalt roads. Its biggest threat ought once again to be arch rival Václav Pech (CZ), as he was at the first MČR races.

Jan Kopecký/Pavel Dresler (CZ/CZ) arrive in Bohemia at the top of the MČR table, undefeated after an impressive hat-trick of wins. “We are hugely looking forward to the Rally Bohemia. It will be a hard-fought battle with Václav Pech, but I am sure Esapekka Lappi will also have a say in who wins,” said Kopecký. “There will be a lot of ŠKODA employees watching the race, so we obviously want to put on a really good display.” The 33-year-old and co-driver Pavel Dresler could complete a hat-trick of wins at the Rally Bohemia.

European champion Esapekka Lappi can hardly wait to get started in Bohemia. “We want to put on a good show for the many ŠKODA fans. After a lengthy spell away from asphalt, these will be an exciting couple of days for us and a welcome change from our WRC starts so far, which have been on gravel,” said Lappi. Last year, Lappi tested the new 1.6-litre turbo engine for the new Fabia R5 under race conditions for the first time at the Rally Bohemia.

As well as top-class rallying, the Rally Bohemia also offers an extensive side programme for fans. As in previous years, ŠKODA is main sponsor of the event.

This season, the new ŠKODA Fabia R5 has proven to be both fast and reliable. The car currently has three wins in the MČR and five podiums from three starts in the FIA World Rally Championship (WRC 2 class) to its name. The works crews Esapekka Lappi/Janne Ferm (FIN) and Pontus Tidemand/Emil Axelsson (S/S) claimed a one-two for ŠKODA at Rally Poland last weekend.

… ŠKODA has enjoyed five wins in a row at the Rally Bohemia recently? Finland’s Juho Hänninen triumphed in a Fabia Super 2009 and 2010, while Belgian Freddy Loix won in 2011. There was no official final result in 2012, before Jan Kopecký was victorious in 2013 and 2014.

… the Rally Bohemia was initially called the Rally ŠKODA, from 1974 to 1985? The Czech automobile manufacturer launched the rally in order to test the quality and stamina of its models under extreme conditions. The first rally, 40 years ago, was 1,800 kilometres long. The special stages were spread throughout the whole of Czechoslovakia. 152 teams took part, 72 of which were from abroad.

… the Rally Bohemia also features a competition for vintage rally cars? The race is making its first appearance in the FIA European Championship for Historic Cars.

… former ŠKODA works driver Juho Hänninen (FIN) is making a special comeback in Mladá Boleslav? He will appear in the Rally Bohemia Legend event, which is hugely popular with spectators. Among Hänninen’s successes for ŠKODA were titles in the 2010 Intercontinental Rally Challenge (IRC), 2011 Super 2000 World Rally Championship (SWRC), and the 2012 FIA European Rally Championship (ERC).

… Mladá Boleslav is not only the home of the headquarters of ŠKODA, but also has a tower that leans like the one in Pisa nearby? The emblem of the castle ruins in Michalovice was once knocked off balance by treasure seekers. 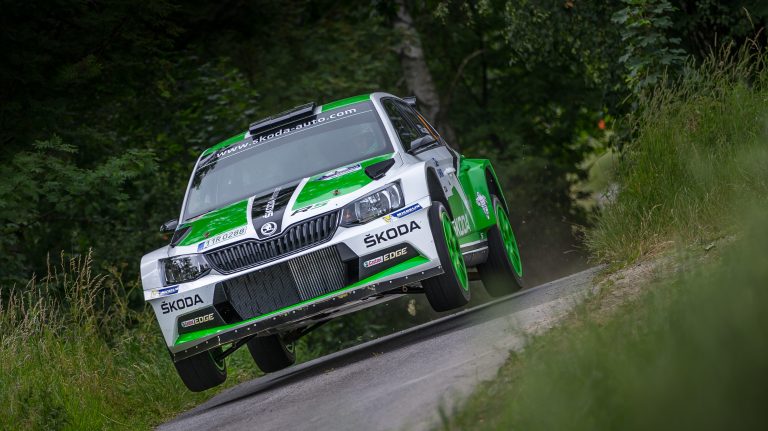