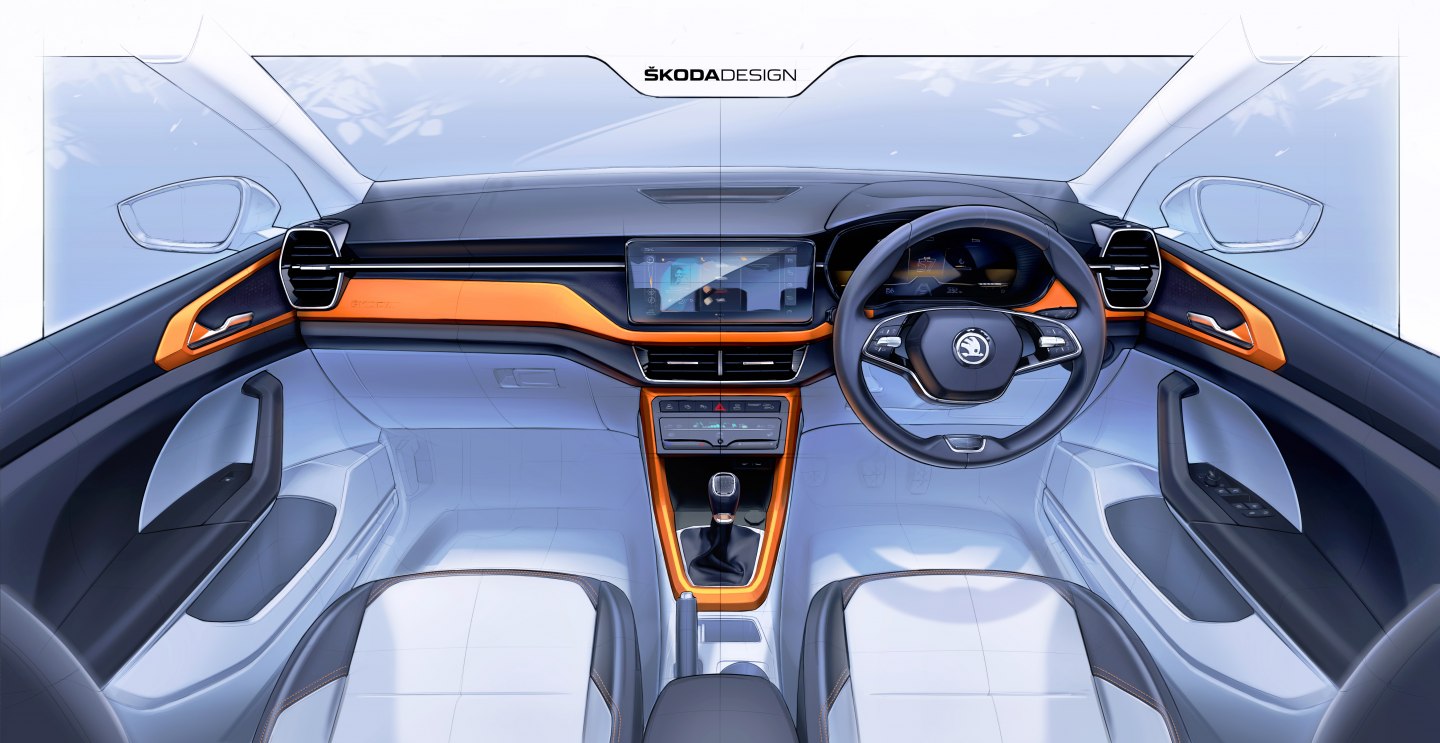 Mladá Boleslav/Pune, 4 March 2021 – ŠKODA provides a first glimpse of the new KUSHAQ’s interior in an official design sketch. As with other models from the Czech car manufacturer, the spacious interior typical of the brand features a large, free-standing infotainment display. The ŠKODA KUSHAQ will be officially launched later this month and is the first of four models from the ŠKODA and Volkswagen brands as part of the INDIA 2.0 product campaign. The vehicles are manufactured locally in India and are based on the MQB-A0-IN version of the Volkswagen Group’s Modular Transverse Toolkit specially adapted for India by ŠKODA AUTO.

The central element in the interior of the new ŠKODA KUSHAQ is a free-standing infotainment display with a screen diagonal of up to 10 inches. The interior design sketch also clearly shows the character line running beneath it, echoing the symmetrical contours of the ŠKODA grille. The dimensions of the KUSHAQ correspond to those of a mid-size vehicle. At the same time, the new SUV model for the Indian market offers generous space as well as numerous storage options and ŠKODA’s signature Simply Clever details.

The ŠKODA KUSHAQ and the other volume models in the INDIA 2.0 project are based on the locally developed and produced MQB-A0-IN platform. ŠKODA AUTO has adapted this version of the Volkswagen Group’s Modular Transverse Toolkit specifically for the Indian market; it already meets the new, stricter safety and emission requirements in India. The technical development is being carried out at ŠKODA AUTO’s Technology Centre in Pune with a planned 95 per cent localisation level for the new vehicles. 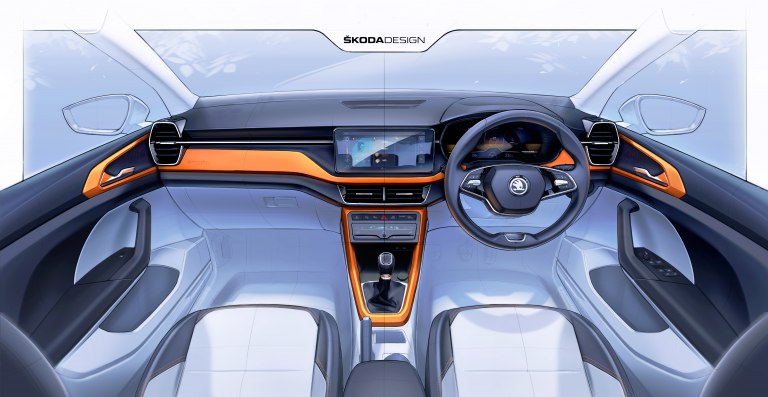 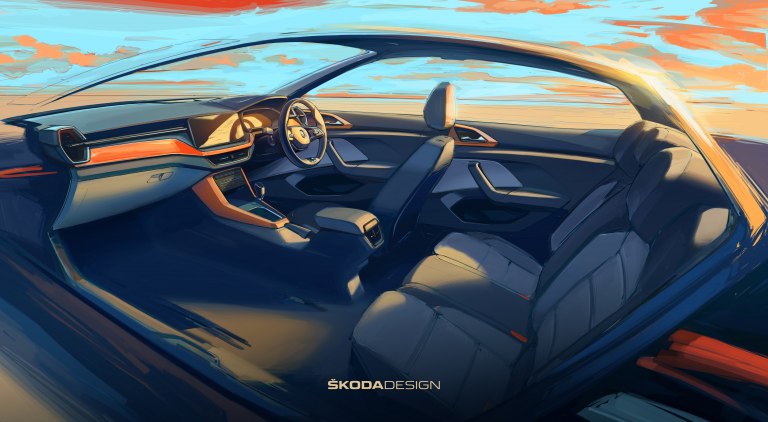 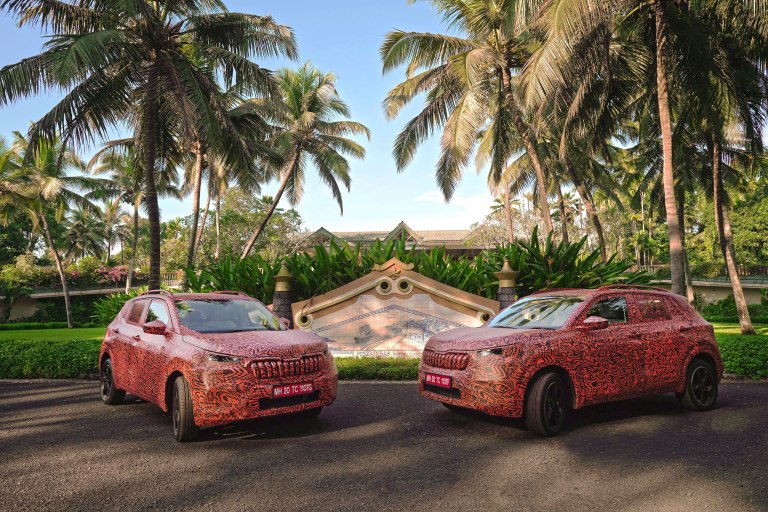