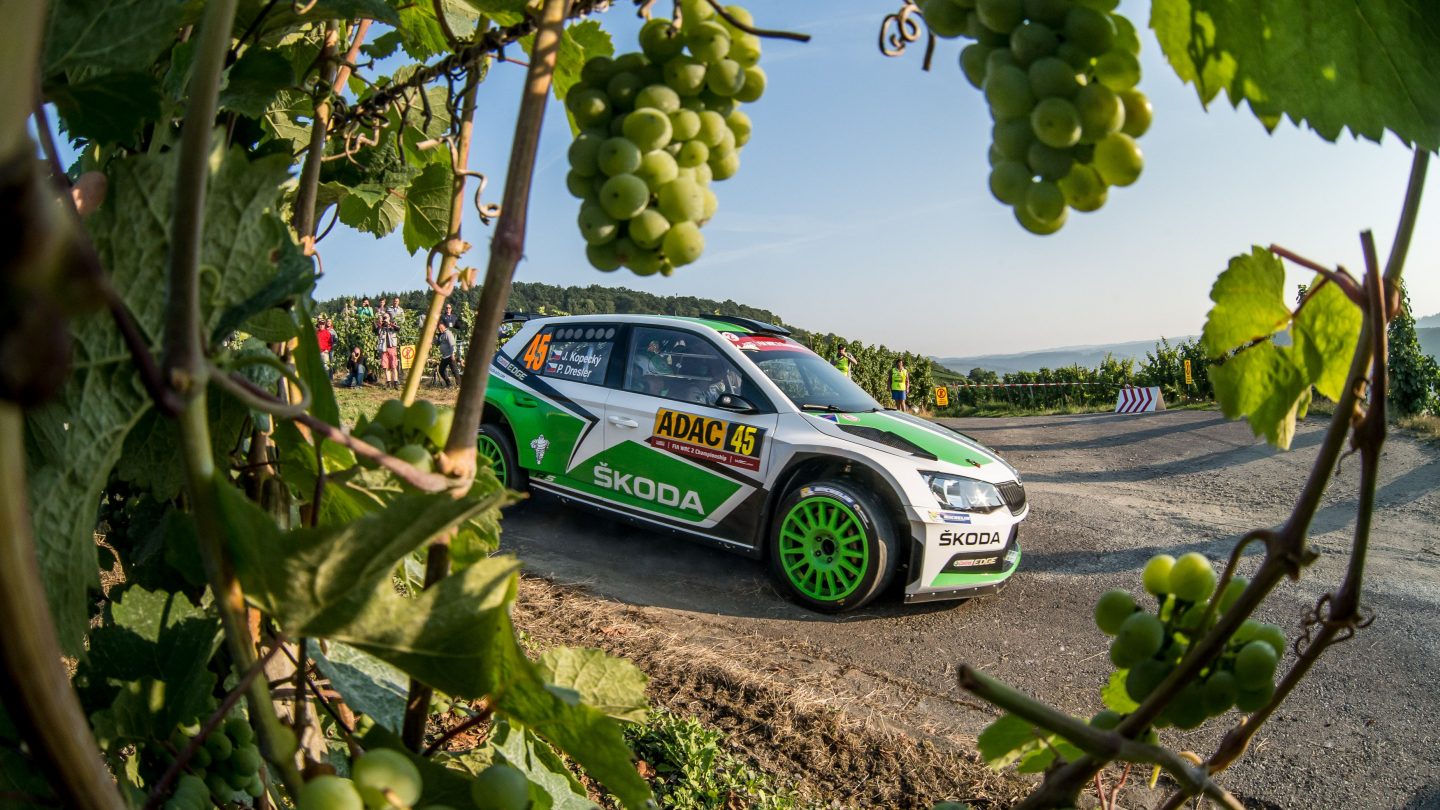 › After Poland and Finland, ŠKODA is victorious with its new rally car at the Rally Germany in WRC 2
› ŠKODA Fabia R5 shines with best times on 19 stages
› Michal Hrabánek: “The first WRC 2 win on asphalt is particularly special”

Trier, 23 August 2015 – With his win at the Rally Germany, asphalt king Jan Kopecký (CZ) clinched the hat-trick of wins for the ŠKODA Fabia R5 in the FIA World Rally Championship (WRC 2). There was also a first: 33-year-old Kopecký and his co-driver Pavel Dresler (CZ) celebrated the debut WRC 2 win on asphalt for ŠKODA’s new rally car. And with a large lead of more than four minutes after 374.43 timed kilometres. 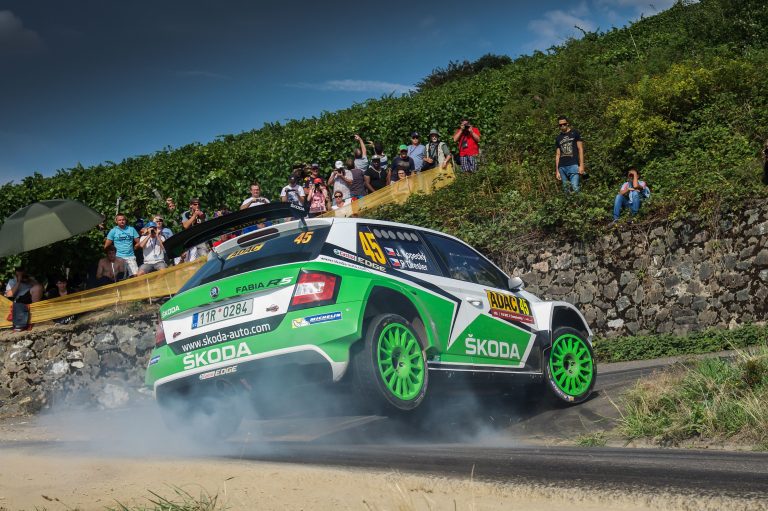 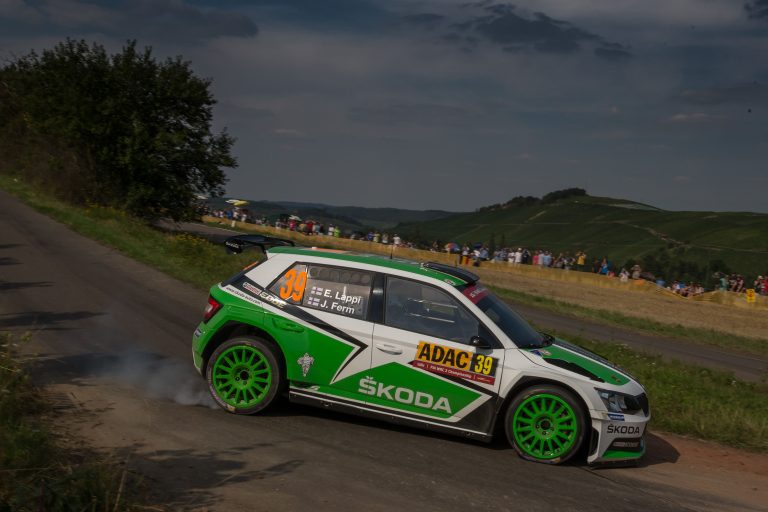 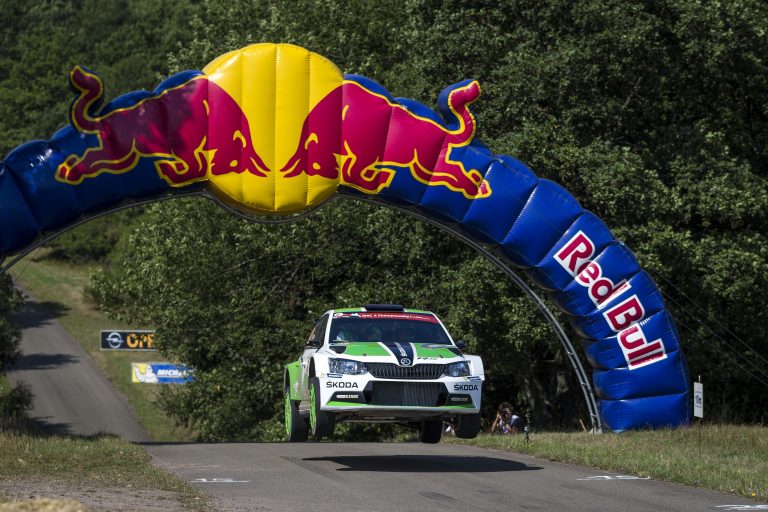 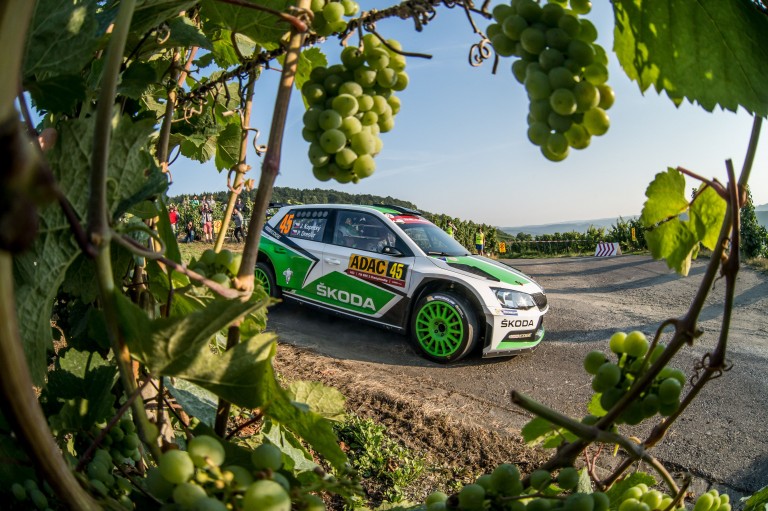 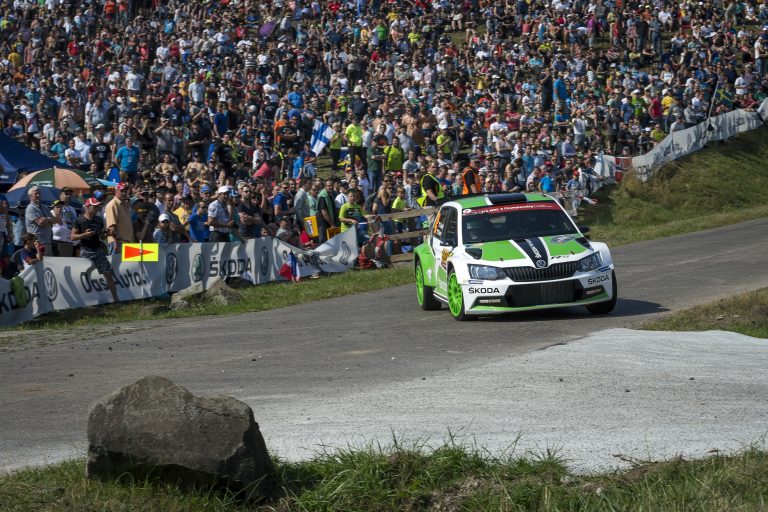 “Jan Kopecký, Pavel Dresler and the entire ŠKODA Motorsport team have done a superb job. The first WRC 2 win on asphalt is particularly special. Firstly, because after the two wins on gravel in Poland and Finland, we have now proven that our new ŠKODA Fabia R5 is a winning car on any surface. Secondly, because Germany is the most important market for ŠKODA in Europe. However, this win is simply the motivation for us to continue to work hard for future successes,” summed up Michal Hrabánek, Motorsport Director at ŠKODA. ŠKODA development board member Dr. Frank Welsch was also delighted by the team’s performance, after experiencing it first hand on the stages and at the service park in Trier.

In Kopecký/Dresler he witnessed a ŠKODA works team that drove in a league of its own in the WRC 2 at the Rally Germany. The successful duo took the lead on the first stage and continued to extend it on the narrow asphalt roads through picturesque vineyards. The reigning Asia-Pacific champion was in control at all times and fascinated tens of thousands of fans in glorious sunshine on the dreaded stages. “We are delighted with this win! That was a rally to enjoy in a fantastic car. Once again our ŠKODA Fabia R5 proved what an outstanding rally car it is,” said the old hand.

After four wins in four races, Kopecký is on track to win the title in the Czech Rally Championship (MČR). Kopecký will be back in action in the national championship at the Barum Czech Rally Zlin this coming weekend. Kopecký: “We are already really looking forward to the Barum Rally with thousands of enthusiastic rally fans in our home country.”

The second ŠKODA works team of Esapekka Lappi/Janne Ferm (FIN/FIN) shone at the ninth event of the FIA World Rally Championship season with seven best times in WRC 2. A mistake on the second special stage at the Rally Germany put paid to any hopes of a top result. “After this mistake we were able to gain valuable experience here. We will be back on the attack in the next races and hope to do better,” said Lappi.

The new front-runner in the WRC 2 championship standings is reigning champion and Dakar winner Nasser Al-Attiyah (Q). On his debut in the ŠKODA Fabia R5 in the area of customer racing, the top driver worked his way up into fourth place in the classification after an impressive chase. The 22-year-old ŠKODA AUTO Deutschland driver Fabian Kreim (D) also hinted at his talent with top times in the Fabia R5.

Number of the day for the Rally Germany: 19

The ŠKODA Fabia R5 was the fastest car in the WRC 2 field on 19 of 21 special stages at the Rally Germany. Winner Jan Kopecký got the best time on eleven of the stages, the second works driver Esapekka Lappi was number 1 seven times. The other best time went to the reigning WRC 2 champion and Dakar winner Nasser Al-Attiyah (Q), who was in action in ŠKODA’s new rally as a customer for the first time.