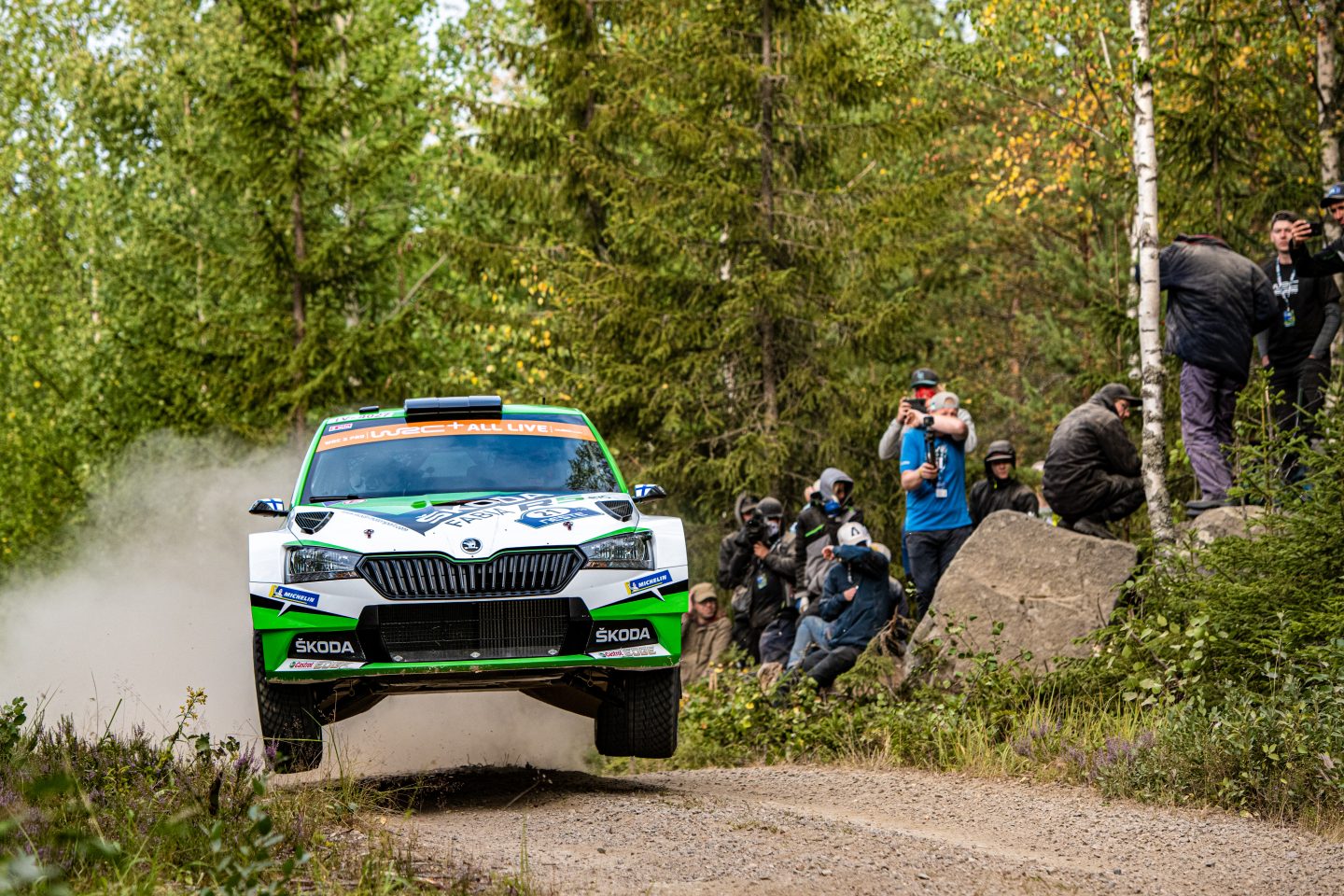 › Kalle Rovanperä and co-driver Jonne Halttunen increased their category lead on day three of Neste Rally Finland, ninth round of the FIA World Rally Championship
› Only the four Sunday stages separate Finnish ŠKODA FABIA evo crew from home victory
› ŠKODA Motorsport boss Michal Hrabánek: “For Kalle and Jonne, it’s all about not losing concentration on the way to a possible victory on their home game.”

Jyväskylä, 3 August 2019 – During day three of Neste Rally Finland, ŠKODA FABIA R5 evo crew Kalle Rovanperä and co-driver Jonne Halttunen (FIN/FIN) continued to control the WRC 2 Pro category as well as the originally 25 entries strong field of R5 cars. Only the four stages of Sunday separate the local heroes from their fourth category win in a row. The part-time leaders of the WRC 2 category for private teams, ŠKODA crew Pierre-Louis Loubet and co-driver Vincent Landais from France, went off during the last stage of Saturday, losing more than seven minutes and eventually handing over the lead to another private ŠKODA team, Nicolay Gryazin/Yaroslav Fedorov from Russia.

During the third day of Neste Rally Finland, ninth round of the FIA World Rally Championship 2019, Kalle Rovanperä and co-driver Jonne Halttunen powered their ŠKODA FABIA R5 evoto an even bigger lead in the WRC 2 Pro category and among the R5 competitors.”We’re trying to drive risk-free and enjoy the ride as much as possible. Our choice for a harder tyre compound caused a certain loss of grip, but yesterday’s setup changes really work,” said 18 years old Rovanperä after the four stages of the Saturday morning loop. By then, he was leading the WRC 2 Pro competition, followed by the WRC 2 leaders, ŠKODA privateer Pierre-Louis Loubet and co-driver Vincent Landais. The closest competitor in the WRC 2 Pro category, M-Sport Ford-Driver Eric Camilli, was already more than three minutes adrift.

On Saturday again, the weather conditions were untypical cold. Temperatures, which hardly touched 12 degrees Celsius, and temporary showers made the ten thousands of rally fans along the gravel tracks think that they are in autumn in Wales rather than in August in the middle of Finland.

After a night’s rest, thelongest leg of the rally on Saturdayoffered in total nearly 133 kilometres. Four stages had to be driven in the morning and the afternoon respectively. Wherever local hero Kalle Rovanperä appeared, he was cheered by his fans. He disappointed neither them nor the team of ŠKODA Motorsport, which was counting on him. After stablemate Eerik Pietarinen had crashed out in the second stage on Friday morning, all of ŠKODA’s hope to collect manufacturers’ points in the WRC 2 Pro category lay on Rovanperä. So, the young Finn drove fast but cautious especially on the rough passages, nursing his ŠKODA FABIA R5 evo carefully over the rutted passages. He nevertheless constantly increased his comfortable lead. “I am basically having fun behind the wheel,” confessed a happy Kalle Rovanperä at the finish of the Saturday leg in Jyväskylä.

On the very last stage of the day, the interim leaders of the WRC 2 category, French pairing Pierre-Louis Loubet and co-driver Vincent Landais, put their ŠKODA FABIA R5 evooff the road. They eventually lost more than seven minutes and had to hand over the lead to ŠKODA privateers Nicolay Gryazin/Yaroslav Fedorov from Russia.

Like last year, Sunday will bring the final decision with four stages. The winners will reach the podium in Jyväskylä around 16h00 local time.

Number of the day: 4:14.2
With a margin of 4:14.2 minutes, ŠKODA works crew Kalle Rovanperä/Jonne Halttunen are leading the WRC 2 Pro category after the third day of Neste Rally Finland. 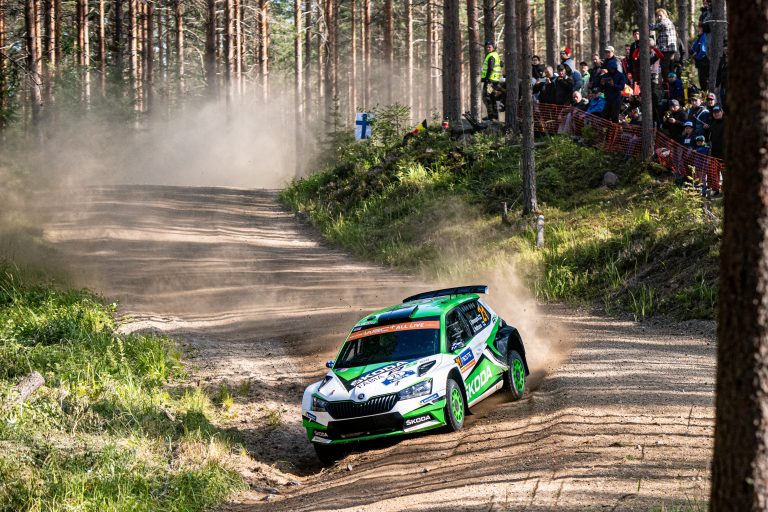 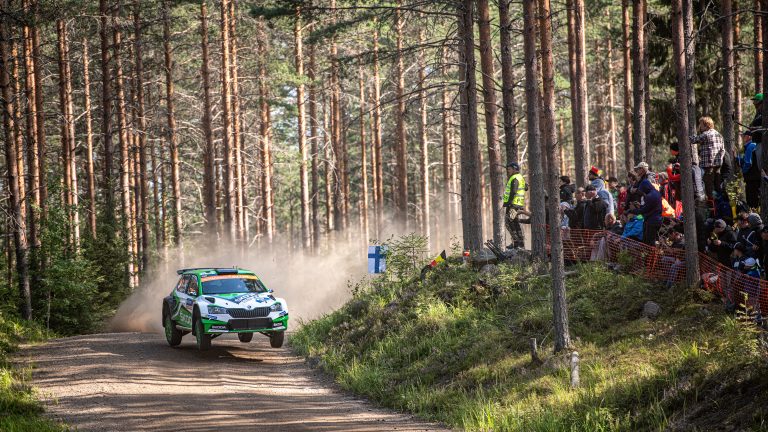 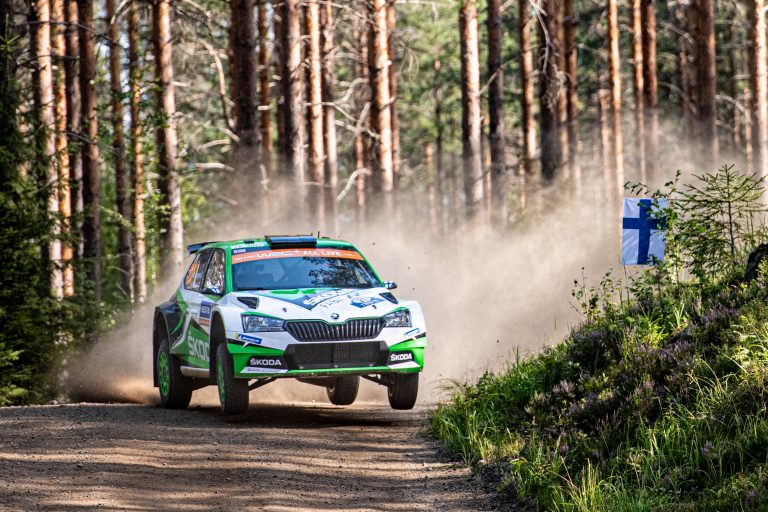 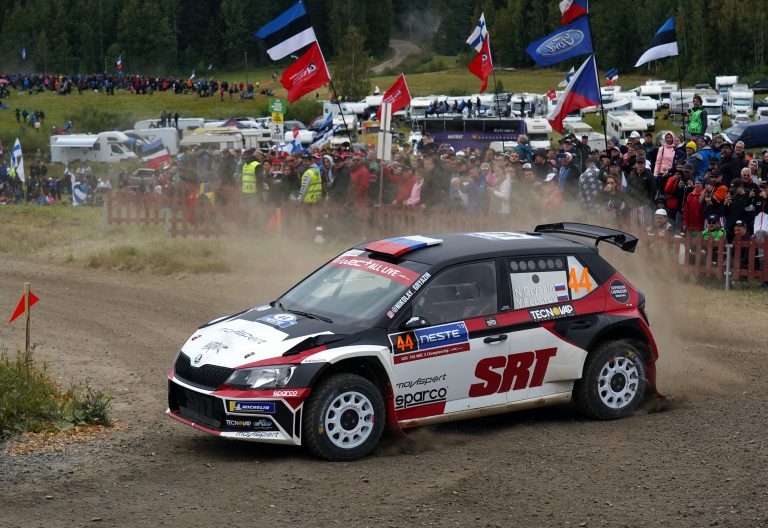 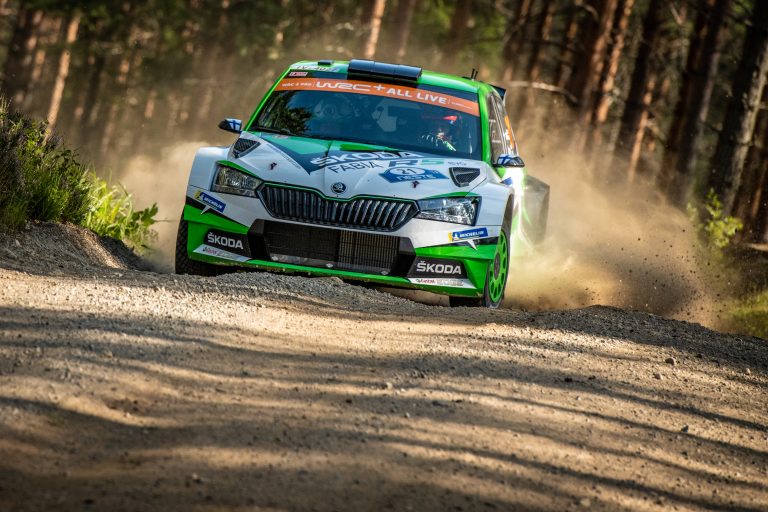 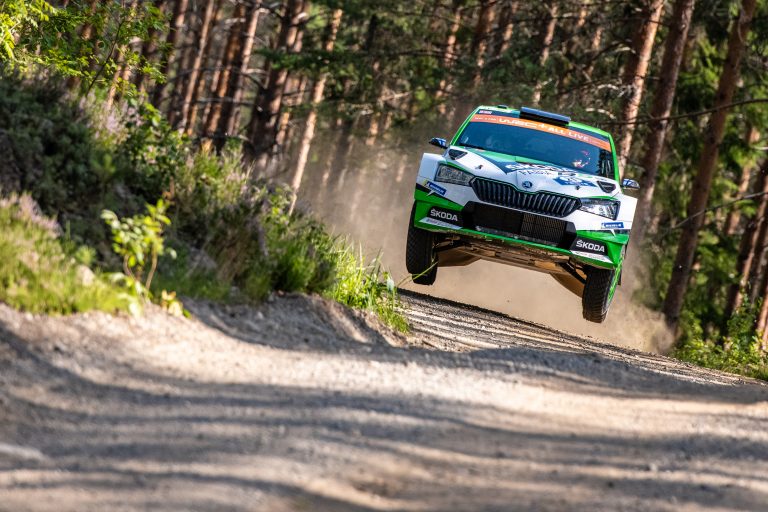 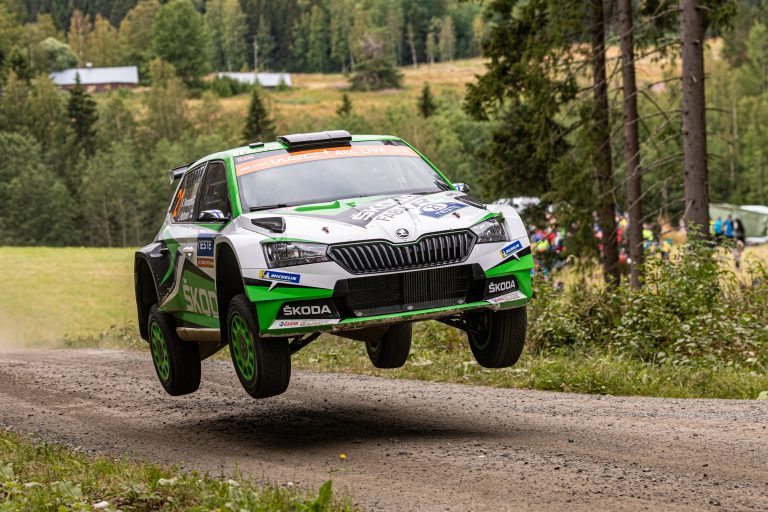 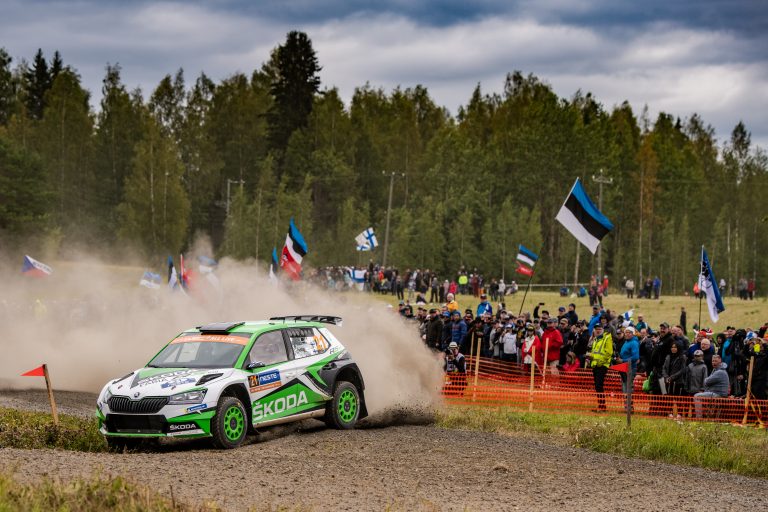 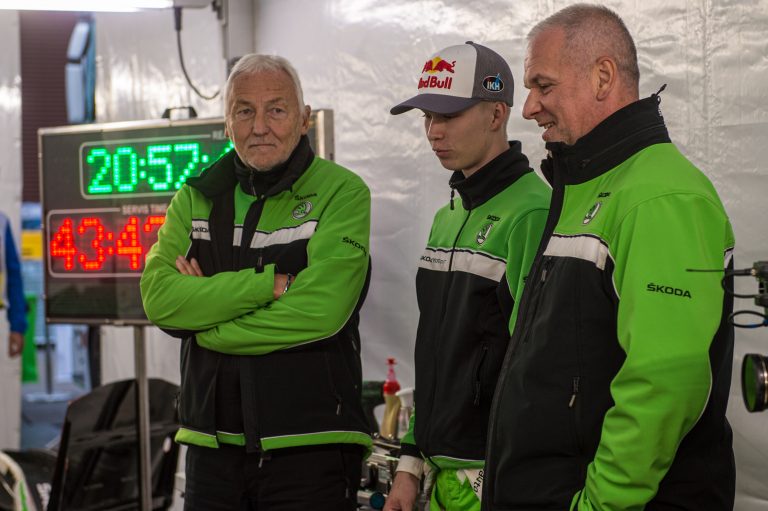 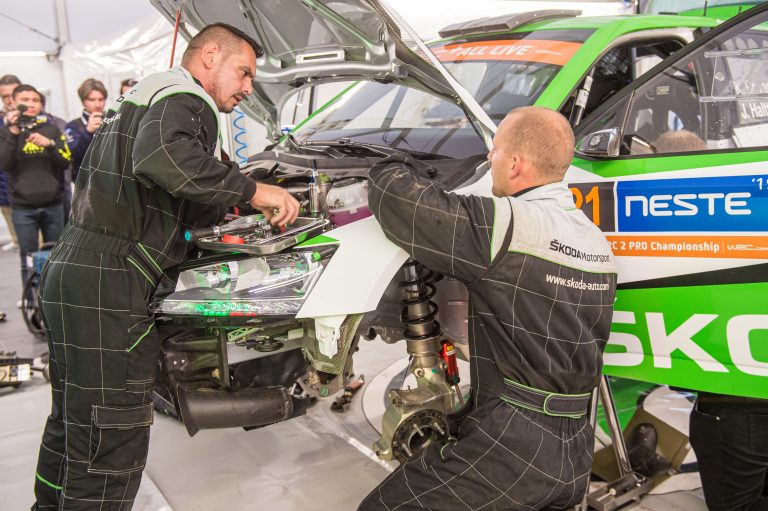 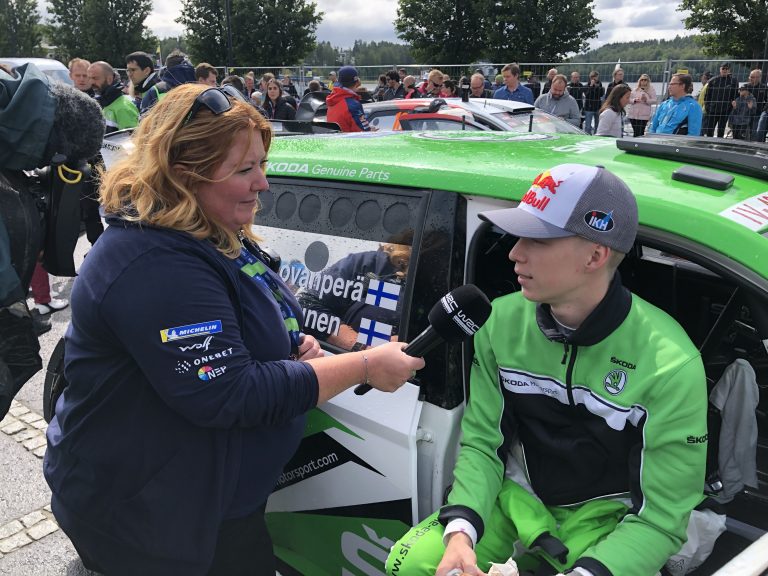 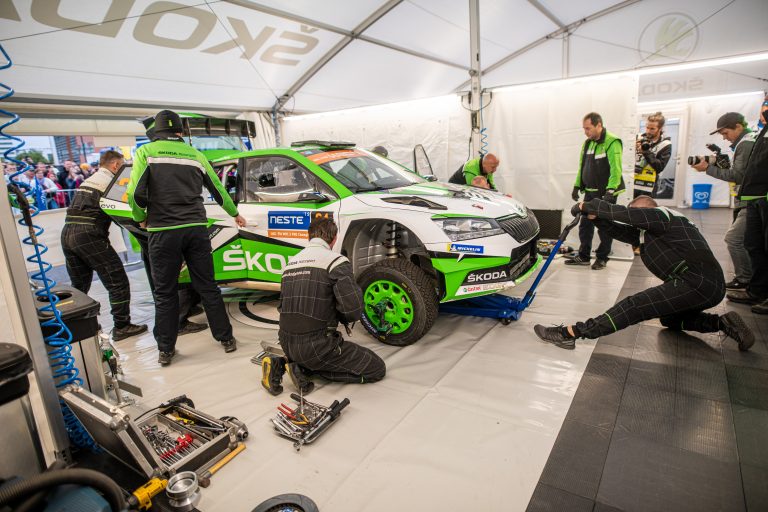 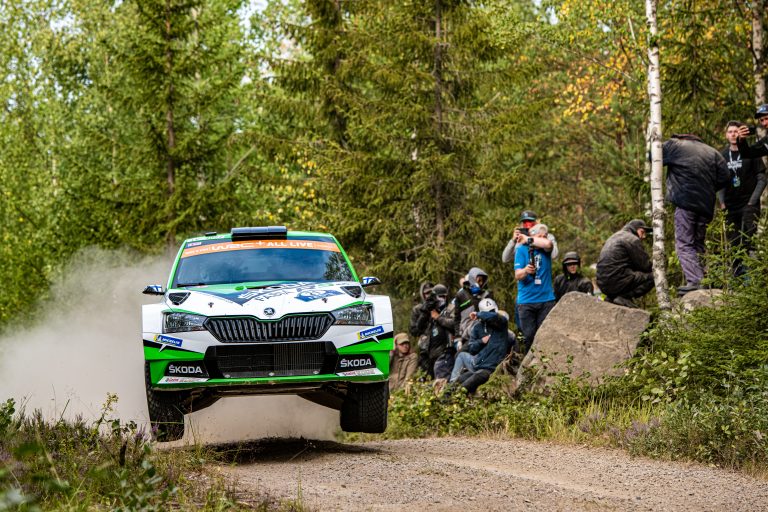 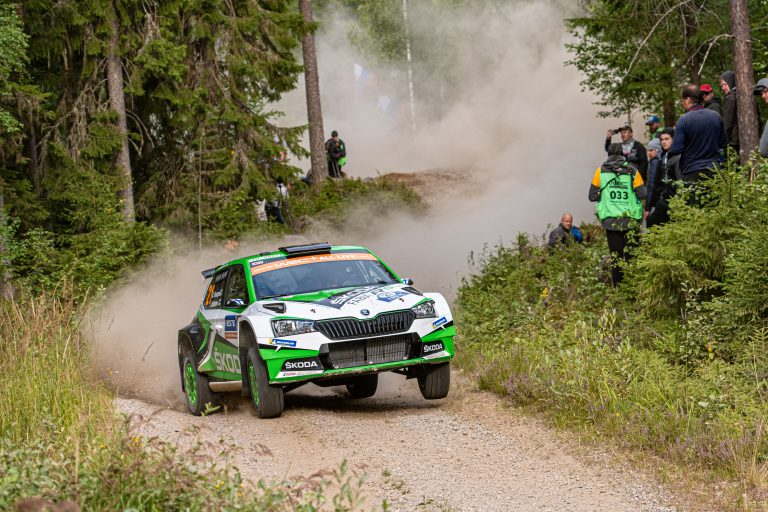 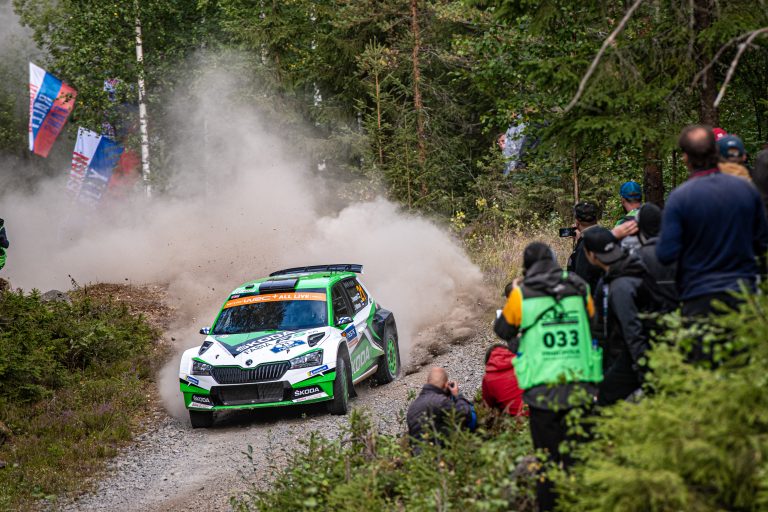 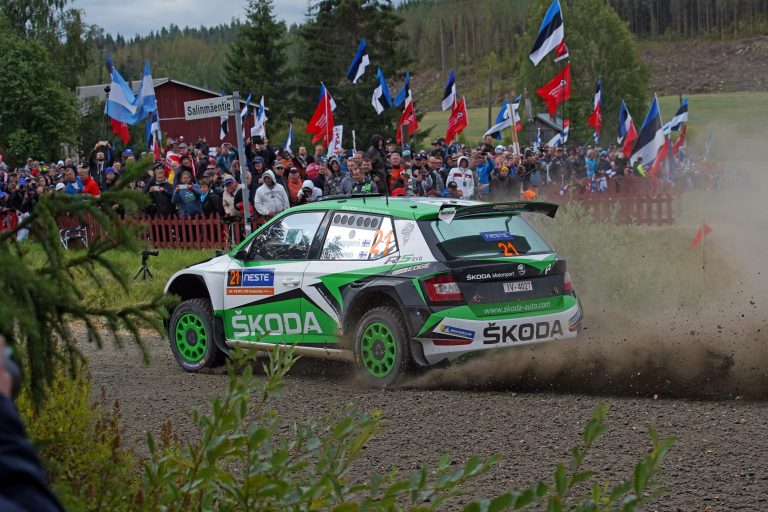 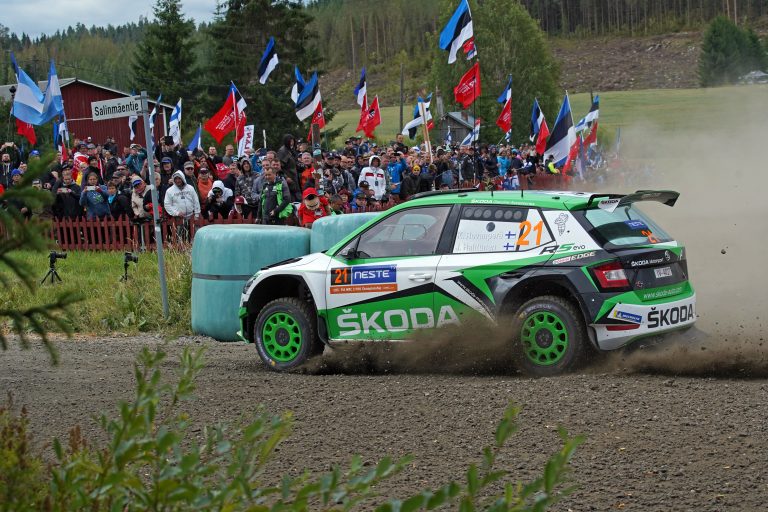 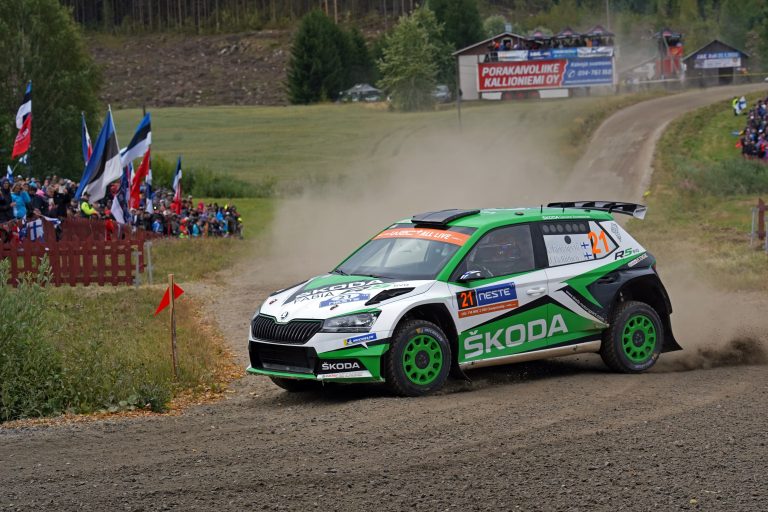 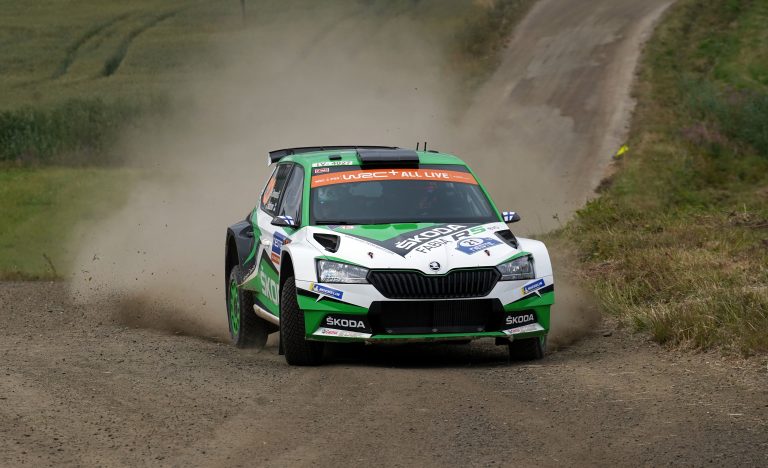 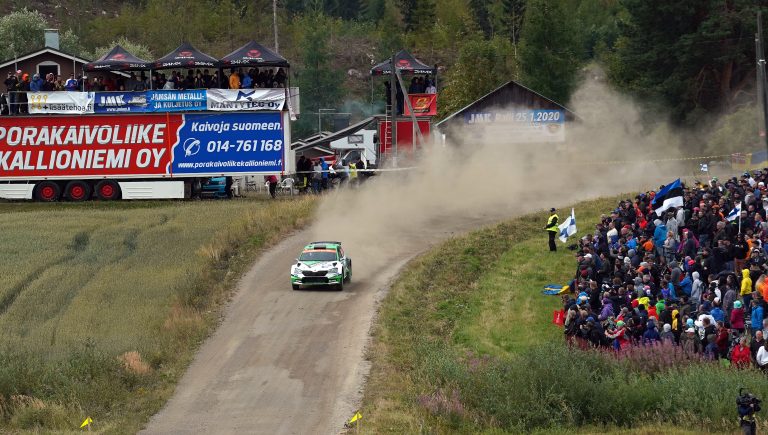