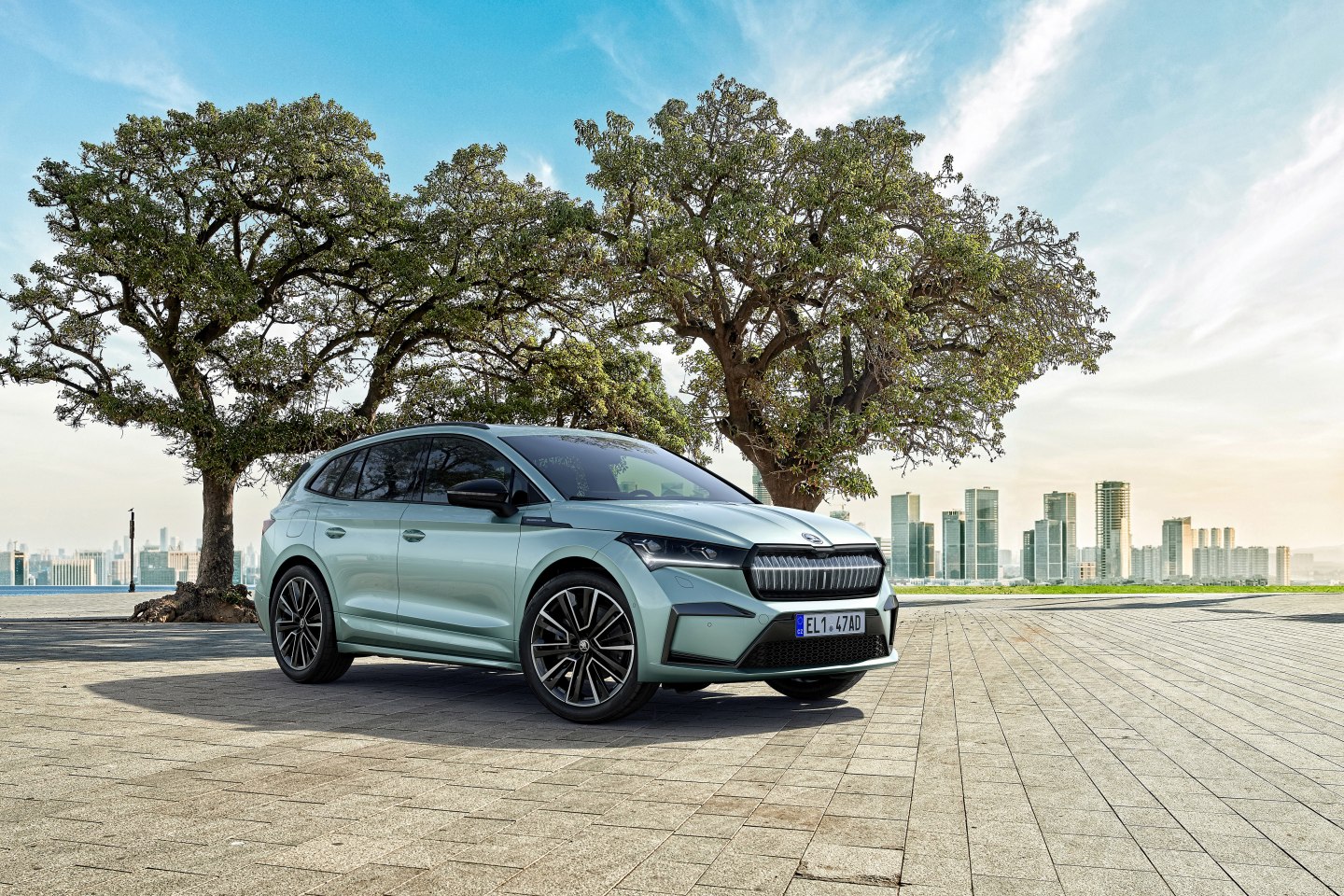 Mladá Boleslav, 15 August 2022 – ŠKODA AUTO will start installing the new ME3 software version for already delivered ŠKODA ENYAQ iV vehicles with immediate effect. This will enable a higher real drive range through optimisations in battery management. The software also offers numerous improvements for the Digital Cockpit and the head-up display, the infotainment system and the ŠKODA Connect online services. Owners of qualifying vehicles will be contacted by their local ŠKODA partners and asked to book a free service appointment to install the new software. The process takes about five hours. From then on, most future updates will be performed over the air. New ŠKODA ENYAQ iV vehicles and the ŠKODA ENYAQ COUPÉ iV already come with the new software as standard. A short video also provides an overview of these optimizations.

ŠKODA AUTO is performing a software update for existing ENYAQ iV vehicles, as part of a free service campaign. The software version ME3 with which, of course, all now delivered models of the ENYAQ iV family are already equipped, offers a variety of optimizations: it ensures an increased real drive range by optimising battery management and also includes new functions for the displays, the infotainment system and the ŠKODA Connect online services.

Local ŠKODA partners will contact the relevant owners of an ENYAQ iV and ask them to arrange a free service appointment at the workshop. Installing the ME3 software version takes around five hours. In addition to all the current improvements, once this is done the ŠKODA ENYAQ iV will be ready to have most future updates installed over the air, without the need to come in for another visit to the workshop. 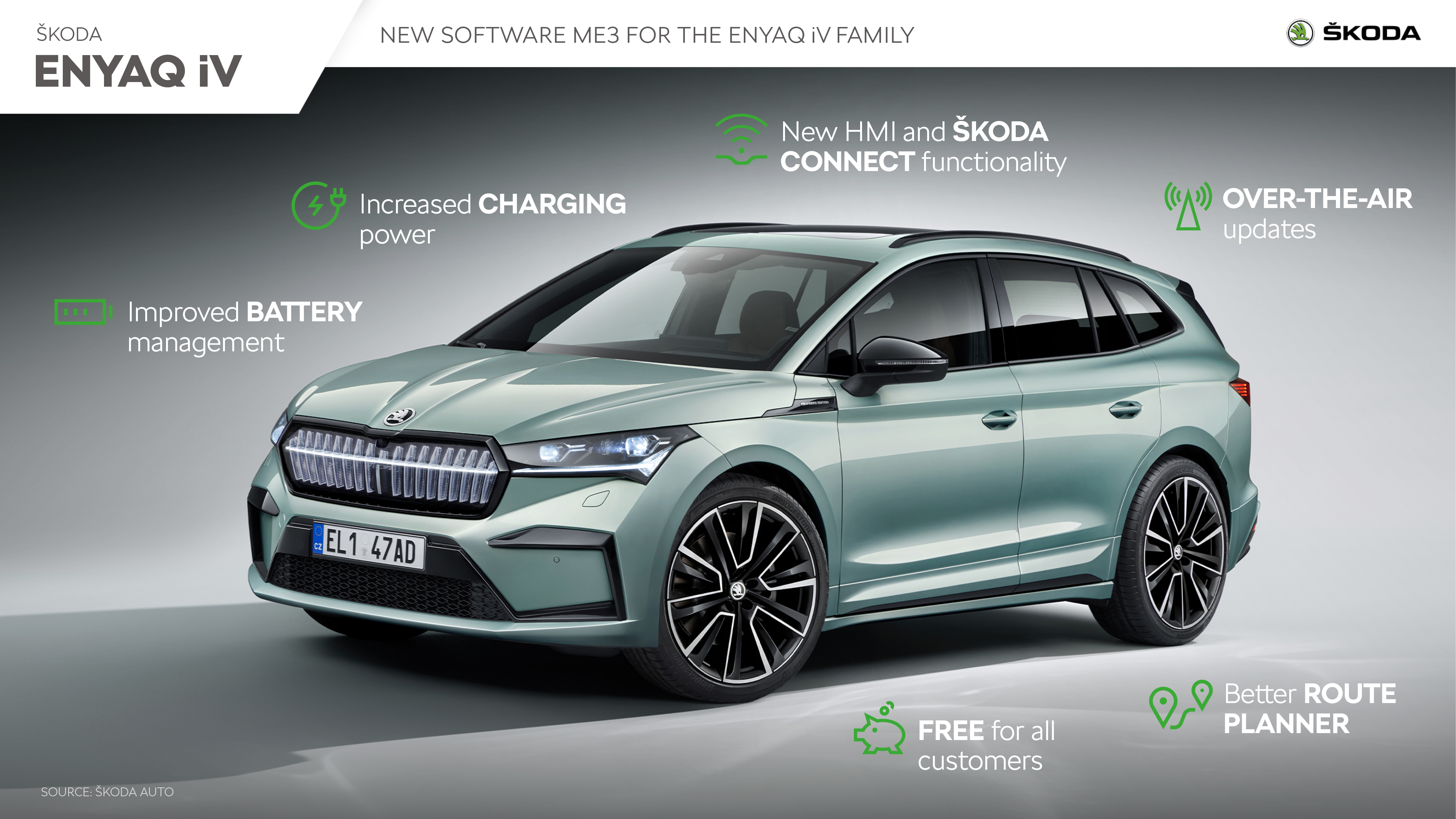 In terms of battery and charging, the new software offers, among other things, a battery care mode in which the battery is only charged to a maximum of 80 percent during the next charging process. This helps to conserve the battery and extend its service life. However, its full storage capacity and maximum charging speed will be available at any time, should there be a need for them. The maximum charging rate increases to 120 kW for vehicles featuring the 62-kWh battery and 135 kW for models with the large 82-kWh battery. Thanks to improved thermal management of the battery, the real drive range increases for the ŠKODA ENYAQ iV family. The charging and range graphics in the infotainment system now also include a display of the destination and any required charging stops.

There have also been improvements to the Digital Cockpit and the head-up display, including displays of the current battery charge level. The rear-view camera offers increased contrast, for improved visibility of the vehicle’s surroundings. A button on the multifunction steering wheel allows the driver to switch quickly and easily between Adaptive Cruise Control (ACC) and Travel Assist. In addition, numerous ŠKODA Connect online services have been expanded or refined, making them even more intuitive to use.

ŠKODA has so far delivered more than 70,000 vehicles from its ENYAQ iV family to customers, giving the SUV a 3.5% share of the all-electric vehicle market in Europe. The Czech carmaker’s flagship is in seventh place in the ranking of the most sold BEVs across the EU. A look at the individual European markets also highlights the success of the ENYAQ iV series: In the brand’s Czech domestic market, ENYAQ iV family models are top sellers among BEVs, as they are in Slovakia, Finland, Denmark and the Netherlands, while they rank third in Austria, Switzerland, Latvia and Estonia. 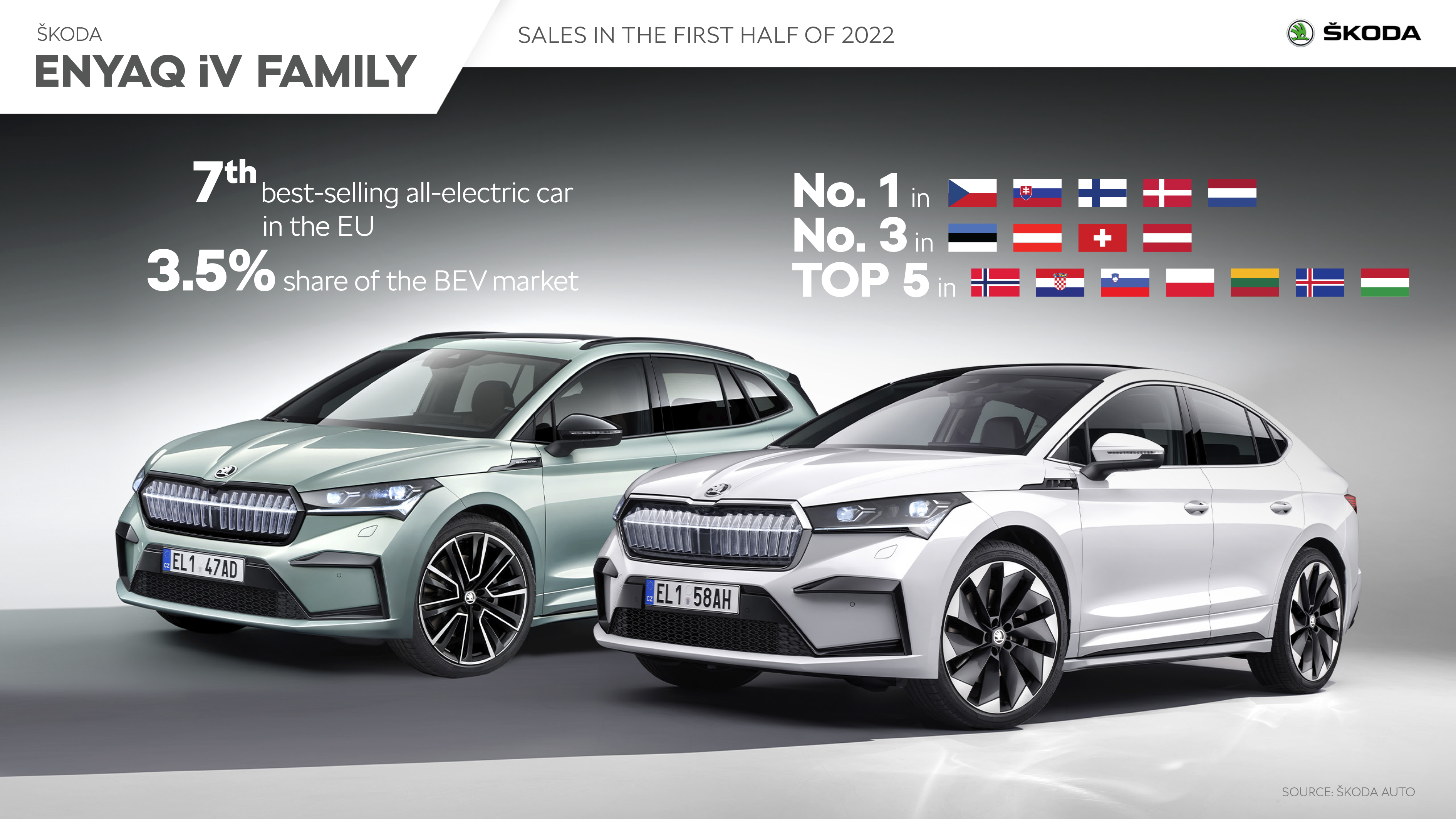 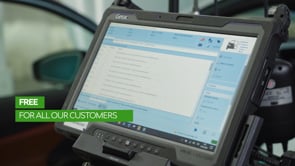