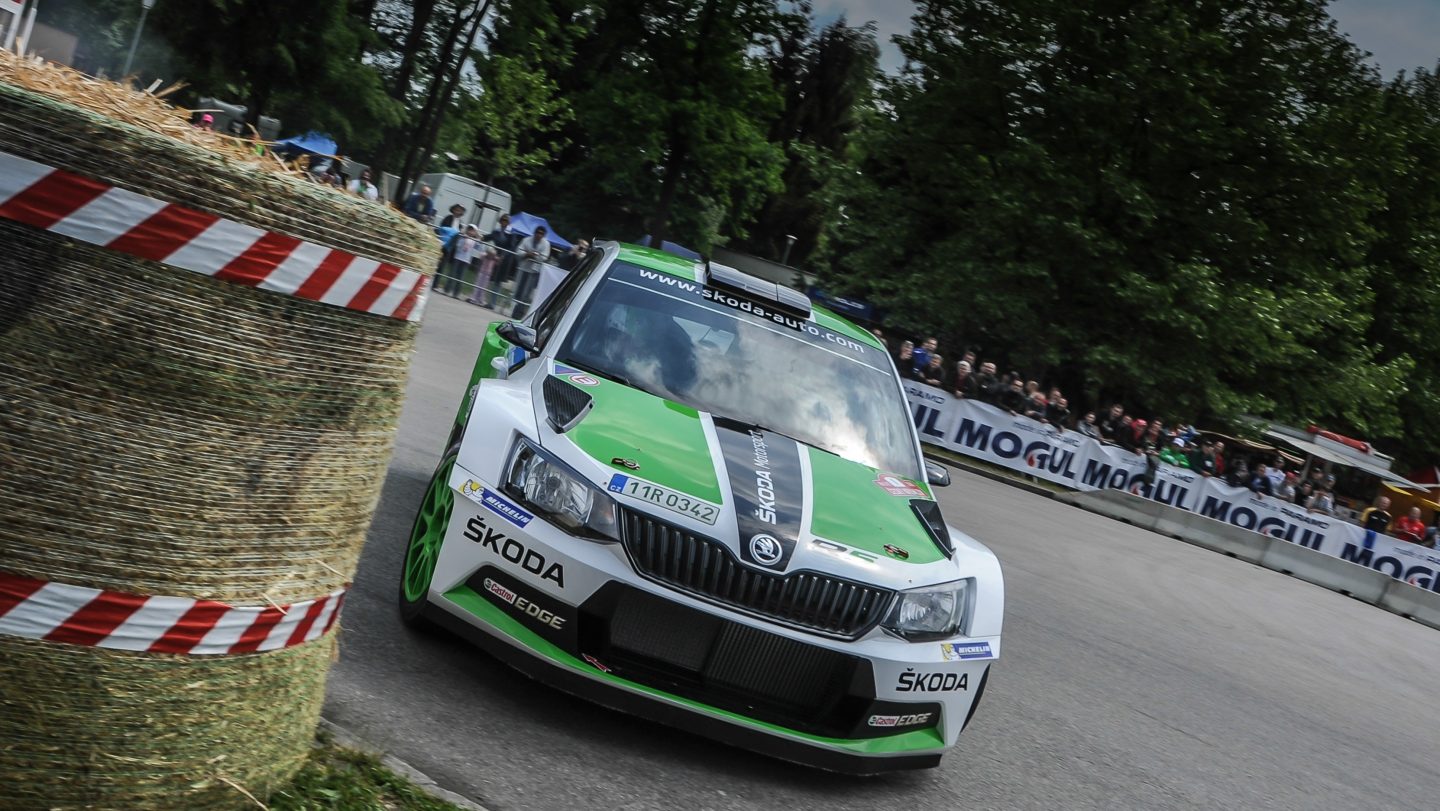 › Two wins from two starts so far in the Czech Rally Championship
› Michal Hrabánek: “Our aim is to follow on from good results so far”
› New ŠKODA Fabia R5 proves to be both fast and reliable

Mladá Boleslav, 16 June 2015 – Third outing for the new ŠKODA Fabia R5 on home soil: ŠKODA works driver Jan Kopecký (CZ) is aiming to continue his winning streak at the Rally Hustopeče (19/20 June). On the back of taking third place at the FIA World Championship races in Sardinia, the 33-year old is heading to the third round of this year’s Czech Rally Championship (MČR). The first two MČR races in Klatovy and Český Krumlov were both won by Kopecký and his co-driver Pavel Dresler (CZ) in the Fabia R5.

Although the 2015 rally season is still in its early stages, the new ŠKODA Fabia R5 has already proven to be both fast and reliable, with two wins in the MČR and three podiums in the FIA World Rally Championship (WRC 2 class) currently to its name. ŠKODA Motorsport Director Michal Hrabánek: “Our aim in Hustopeče is to follow on from the good results we have achieved so far. The rally will obviously also help us to find out more about how the Fabia R5 behaves in demanding race conditions.”

Jan Kopecký and the Fabia R5 were both in excellent form on their victorious outing at the Rally Český Krumlov. A breath-taking finale saw Jan Kopecký pull ahead of his rival Václav Pech (CZ) shortly before the end of the race. The Rally Hustopeče could see a repeat of the thrilling duel between the two Czech rally legends. “I hope we are able to put on another good show for the fans with a real battle and, of course, our ŠKODA Fabia R5,” said Jan Kopecký. “Pavel and I want to show what we are capable of again. The Rally Hustopeče has been a happy stomping ground for us.”

Kopecký/Dresler won the rally three times in a row between 2011 and 2013, making them the record winners of the event in the wine-growing district in southern Moravia. This year, the competitors face 150.02 kilometres on narrow and often slippery roads. They must negotiate ten special stages in total, two of which are held in the dark. The winner will be crowned early on Saturday afternoon.

… The Rally Hustopeče will be held for the eleventh time on Friday and Saturday? The first victory for ŠKODA came courtesy of Leoš Flidr/Bohumil Ehl (CZ/CZ) who won at the wheel of a ŠKODA Octavia WRC, ahead of a certain Jan Kopecký.

… Jan Kopecký holds a commanding lead in the Czech Rally Championship (MČR) with 153 points to his name? His closest rival is Pavel Valoušek (CZ), with 98 points, in a ŠKODA Fabia Super 2000. Kopecký’s big rival Václav Pech (CZ) is currently fourth with 67 points.

… the Horní Bojanovice/Diváky stage is the longest on the Rally Hustopeče at 17.43 kilometres? The competitors must tackle it twice on Friday – once after nightfall.

… the service park is located in the town of Hustopeče, which gives the rally its name? The coat of arms of the town in southern Moravia, which has a population of about 6,000, features bunches of grapes. A reference to its location in the heart of a well-known wine-growing district.

… vintage rally cars will also be in action at the Rally Hustopeče? The rally also forms part of the Czech Historic Rally Championship (MČRHA).