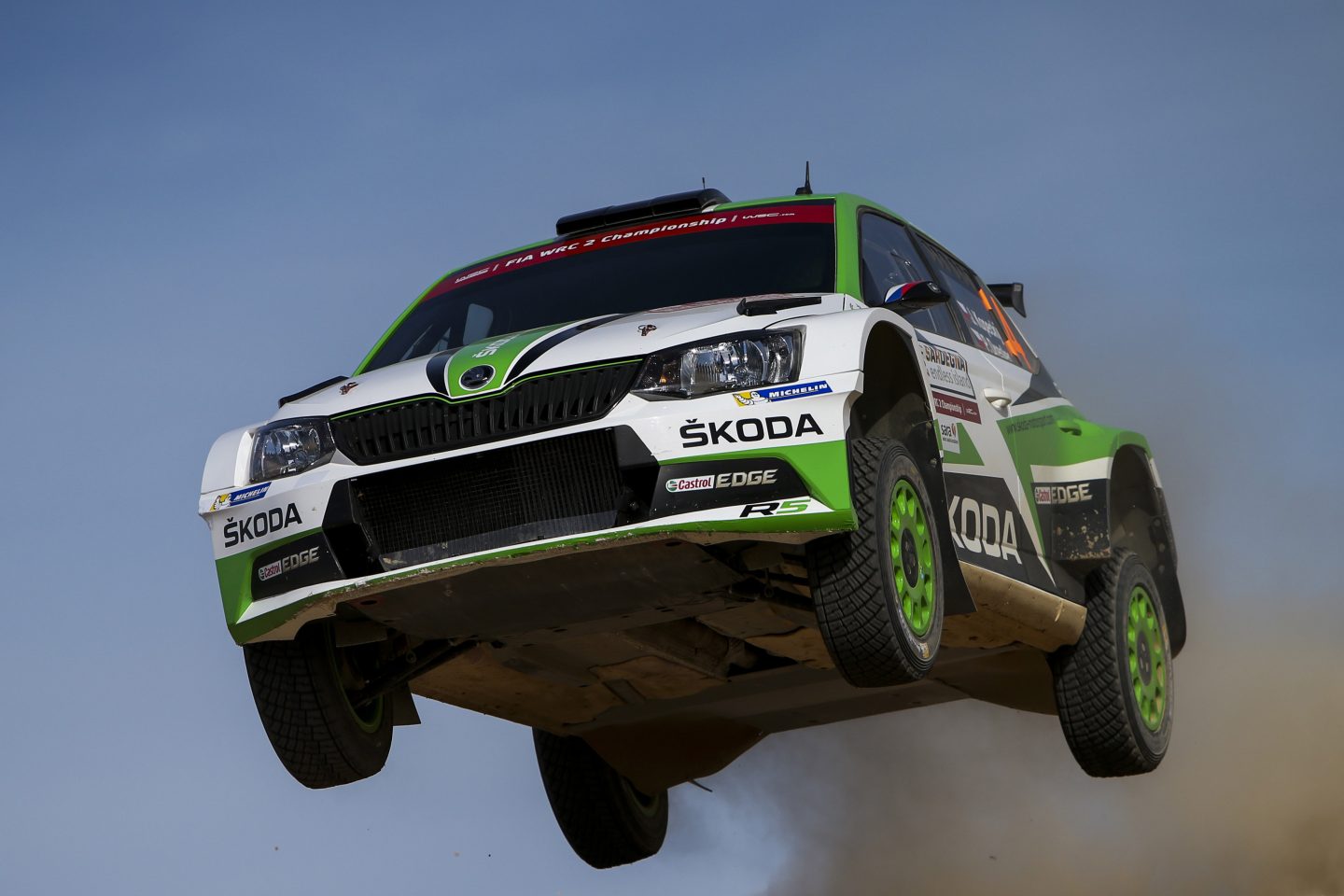 Alghero/Italy, 11 June 2017 – Jan Kopecký and co-driver Pavel Dresler (ŠKODA FABIA R5) achieved a dominant win in WRC 2 category at Rally Italia Sardegna. From the second stage onwards, they controlled the competition and faultlessly drove with 13 best times on the 19 stages to their first WRC 2 win on Sardinia at their third attempt. For Kopecký, the victory on the Mediterranean island marked the third WRC 2 win in his career, for the first time winning a WRC event on gravel. Young stablemates Ole Christian Veiby/Stig Rune Skjaermœn, driving a ŠKODA FABIA R5 from private Team Printsport, drove three fastest times and came home second in WRC 2. 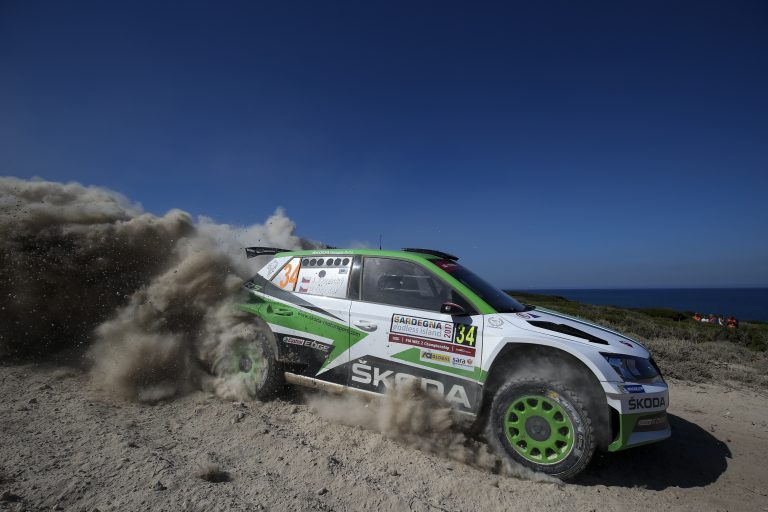 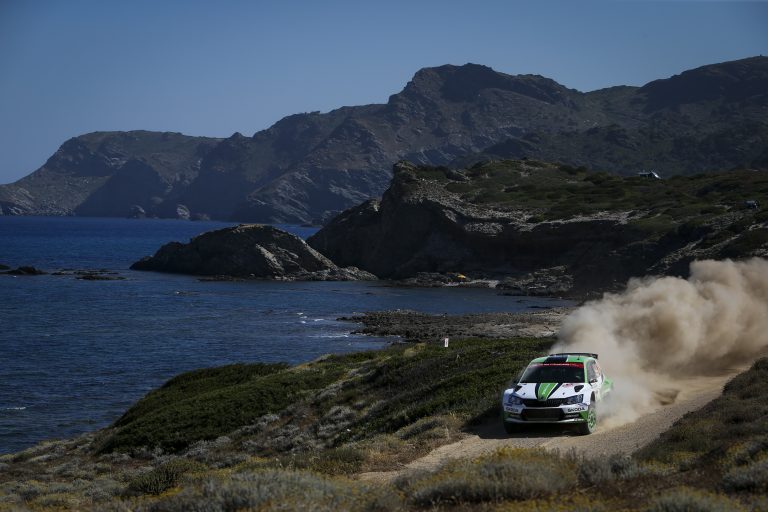 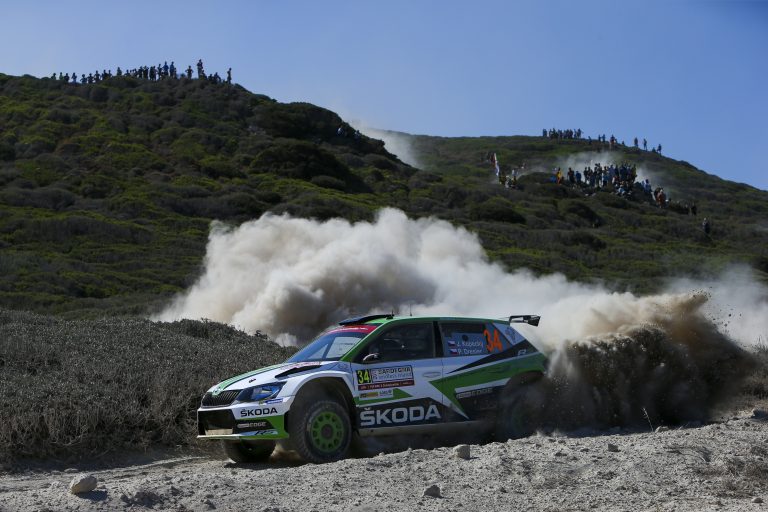 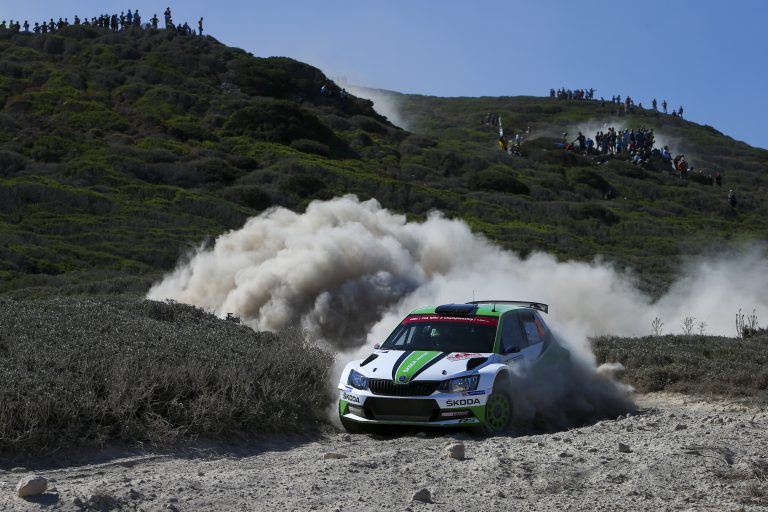 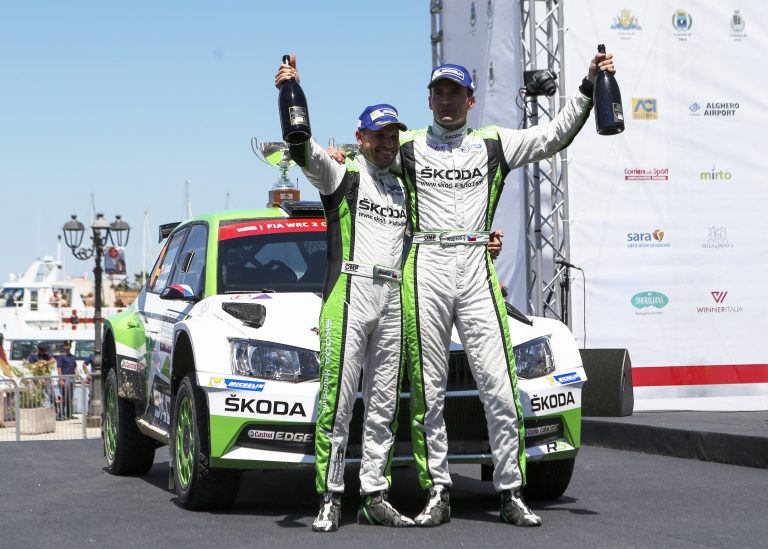 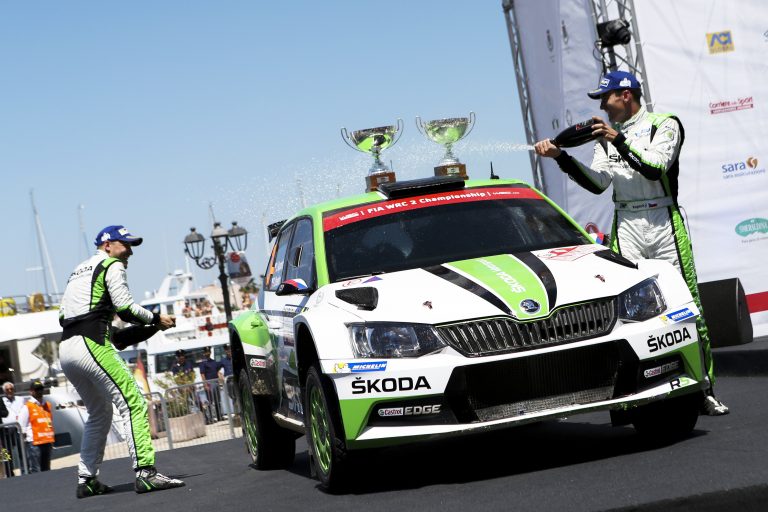 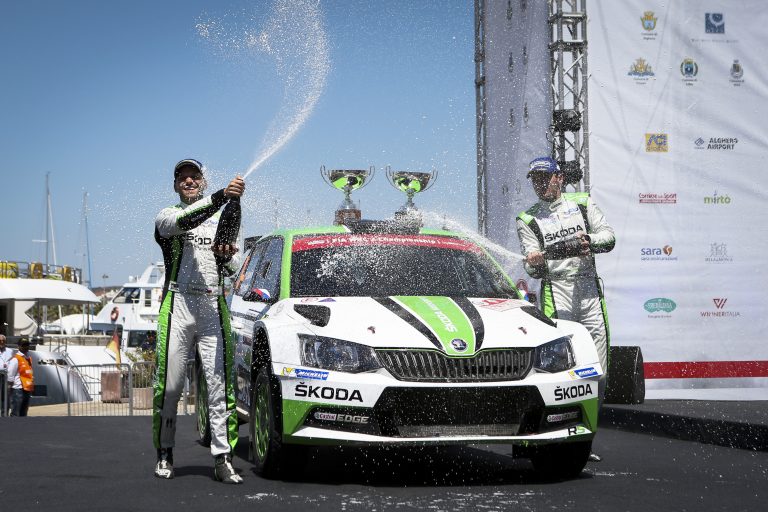 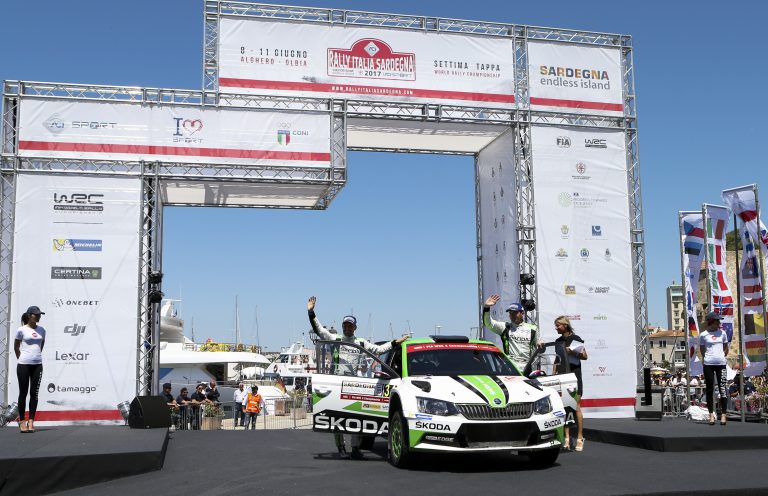 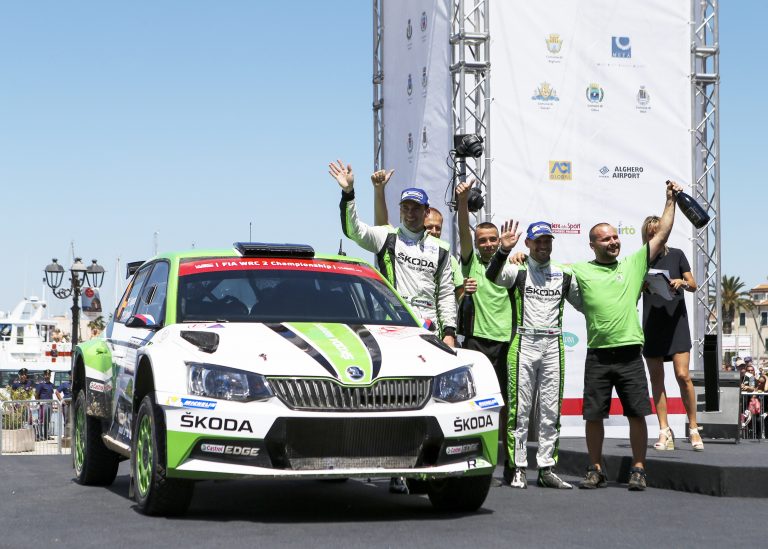 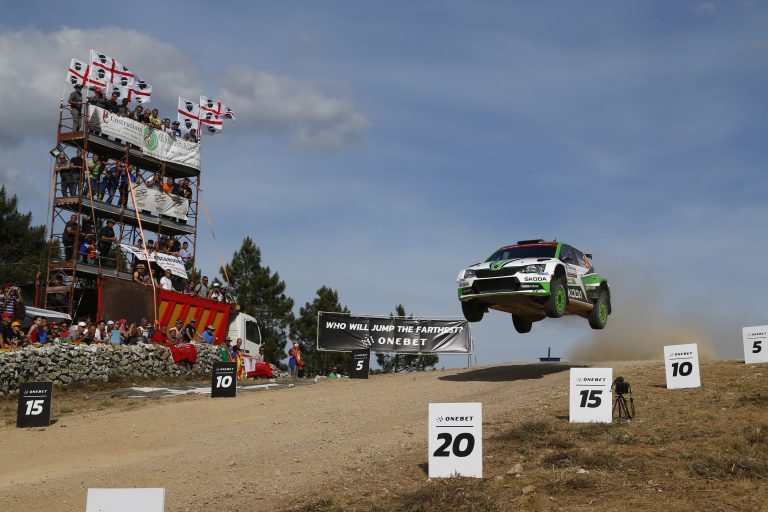 With four more stages in the north of Alghero, covering around 42 Kilometres, the final sunny Sunday of the rally was a tough challenge for the teams. “The roads were really beaten up, especially on the second passage of the last stage. Today it was all about cruising to the finish and to secure second place in WRC 2”, emphasized Norwegian Youngster Ole Christian Veiby. He defended second position up to the finish which made him moving up to the sixth position in the World Rally Championship standings (WRC 2) behind Jan Kopecký.

The reigning Czech rally champion had a prestige fight for R2 class victory with Ford driver Eric Camilli (who was not registered for WRC 2 championship points). At the end of leg two, Kopecký was only 0.9 seconds ahead of Camilli. On the final day the ŠKODA driver decided to concentrate on the WRC 2 victory. “It would have been nice to stay ahead of Camilli, but he was pushing to the limit while I had to drive without taking unnecessary risks to secure WRC 2 victory and valuable championship points”, Kopecký said. The second last stage was stopped due to an accident of Hayden Paddon, his car blocking the road. On the remaining short Power Stage, Jan Kopecký and co-driver Pavel Dresler achieved special stage win number 13 in the WRC 2 category and rewarded themselves with a well deserved victory.

ŠKODA Motorsport boss Michal Hrabánek was happy with the performance of the Czech pairing. “Jan and Pavel were very fast, smart and clever. Congratulations also to Ole Christian Veiby and Stig Rune Skjaermœn for the second place and their excellent performance. While our competitors in WRC 2 were struggling, we could be more than happy with an absolute trouble free performance of both teams and their ŠKODA FABIA R5”, commented Hrabánek.

On the podium in the harbour of Alghero the ŠKODA Motorsport team celebrated their ongoing winning streak. It was season win number seven and the tenth success in a row in WRC 2 for the ŠKODA FABIA R5. Out of the last 18 WRC 2 rallies, the Czech manufacturer won 17.

Number of the day: 7
The lucky seven marked the seventh victory in a row for ŠKODA in the World Rally Championship 2017 (WRC 2).