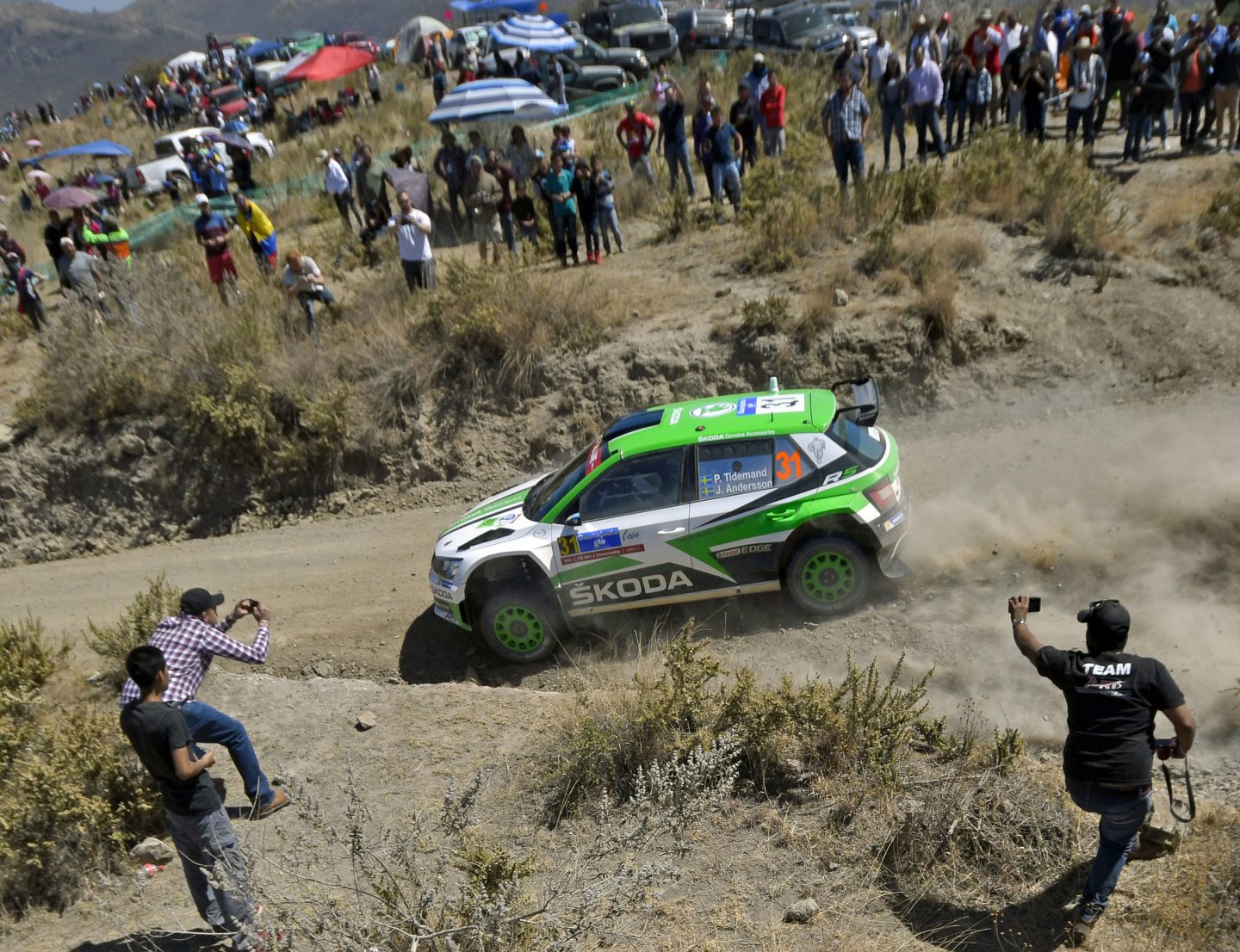 › After day two of Rally Mexico reigning WRC 2 Champions Pontus Tidemand/Jonas Andersson clearly lead the WRC 2 category with their ŠKODA FABIA R5
› Teammates Kalle Rovanperä/Jonne Halttunen had to retire after they hit a stone, will re-start under Rally 2 regulations with the goal to collect valuable championship points
› Pontus Tidemand, at the wheel of a ŠKODA FABIA R5, won all of ten special stages
› ŠKODA Motorsport boss Michal Hrabánek: “Pontus is driving like a true champion. I feel sorry for Kalle, but he can re-start for valuable experience and championship points.”

León/Mexico, 9 March 2018 – Pontus Tidemand and co-driver Jonas Andersson (SWE/SWE) so far are unbeatable on the tough and demanding gravel roads of Rally Guanajuato Mexico. During the first two days of the third round of the 2018 FIA World Rally Championship (WRC), the ŠKODA FABIA R5 crew won all ten stages and clearly dominate the WRC 2 category by a margin of 3:07 minutes, at the same time conquering 8th place overall. Their young teammates Kalle Rovanperä/Jonne Halttunen (FIN/FIN) hit a stone after a jump on the second special stage and had to retire their ŠKODA FABIA R5 with a broken radiator. Luckily the ŠKODA Motorsport mechanics succeeded in repairing the car. So the youngest driver of the event will be able to re-start the third day of the rally under Rally 2 regulations. 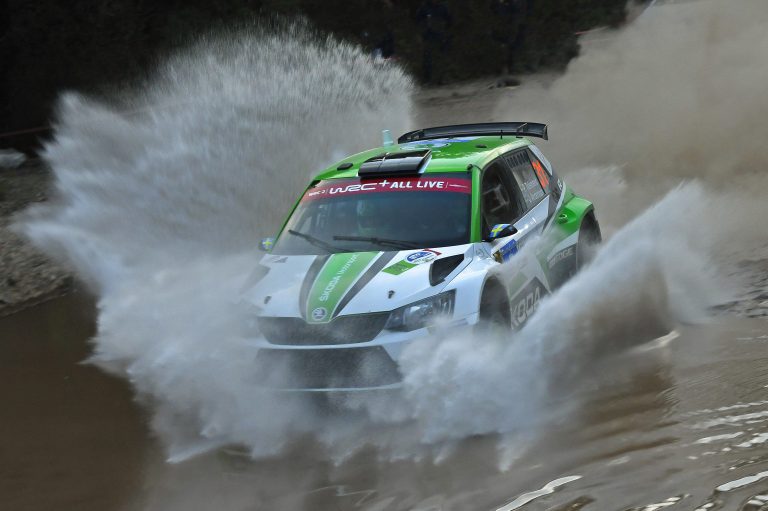 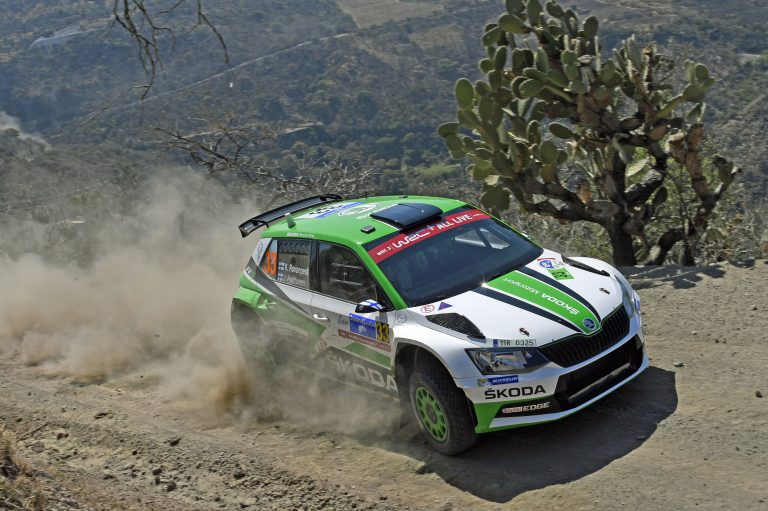 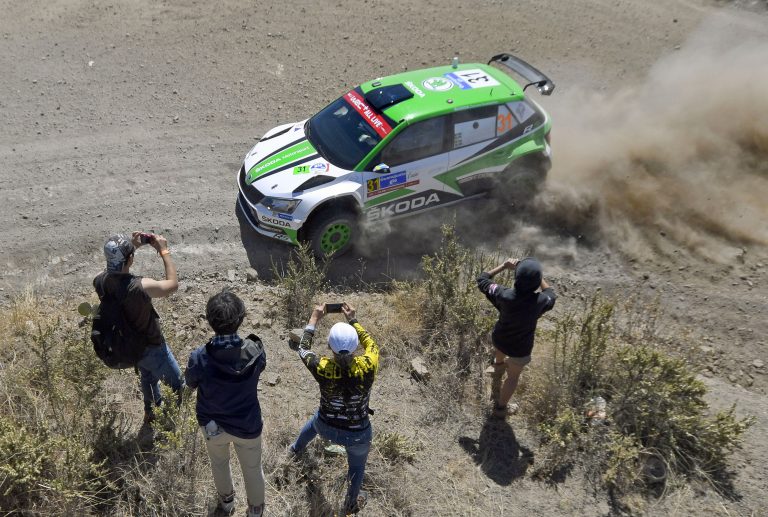 Both ŠKODA factory crews started well into Rally Mexico. Already on Thursday’s show stage in the streets of Guanajuato, which is a UNESCO World Heritage Site, Pontus Tidemand set the fastest time, followed by his 17 years old teammate Kalle Rovanperä. While Tidemand drove the fastest time on the opening gravel special stage on Friday morning as well, everything went wrong for the young Finn. “After a jump there was a big rock in the middle of the road. Unfortunately, I couldn’t avoid to hit it, and the stone broke the radiator,” Rovanperä explained. His ŠKODA FABIA R5 was brought back to the service park in León where it was repaired by the ŠKODA mechanics. So Rovanperä, like some other WRC 2 competitors, will re-start for the third day of the rally.

In the meantime, Pontus Tidemand continued to set fastest times with a controlled and faultless drive. “No dramas. Very nice stages, a bit slippery, but the car feels good. I really enjoyed the day,” he commented. At the end of the second day, the WRC 2 champion was leading the category by 3:07 minutes. ŠKODA Motorsport boss Michal Hrabánek was happy with this performance: “Pontus is driving like a true champion, so far he has everything under control. I feel sorry for Kalle. It is really a shame that he could not drive the Friday stages to gain more valuable experience. But luckily, he can re-start on Saturday and hopefully collect even some WRC 2 championship points.”

On Saturday and Sunday (10/11 March), Rally Mexico features twelve more stages covering additional 186.81 kilometres, including the Powerstage “Las Minas”, before the winner will be on the podium on Sunday at 14h30 (local time). Rally Guanajuato Mexico is based in Léon, the country’s fifth largest city some 400 kms north-west of Mexico City.