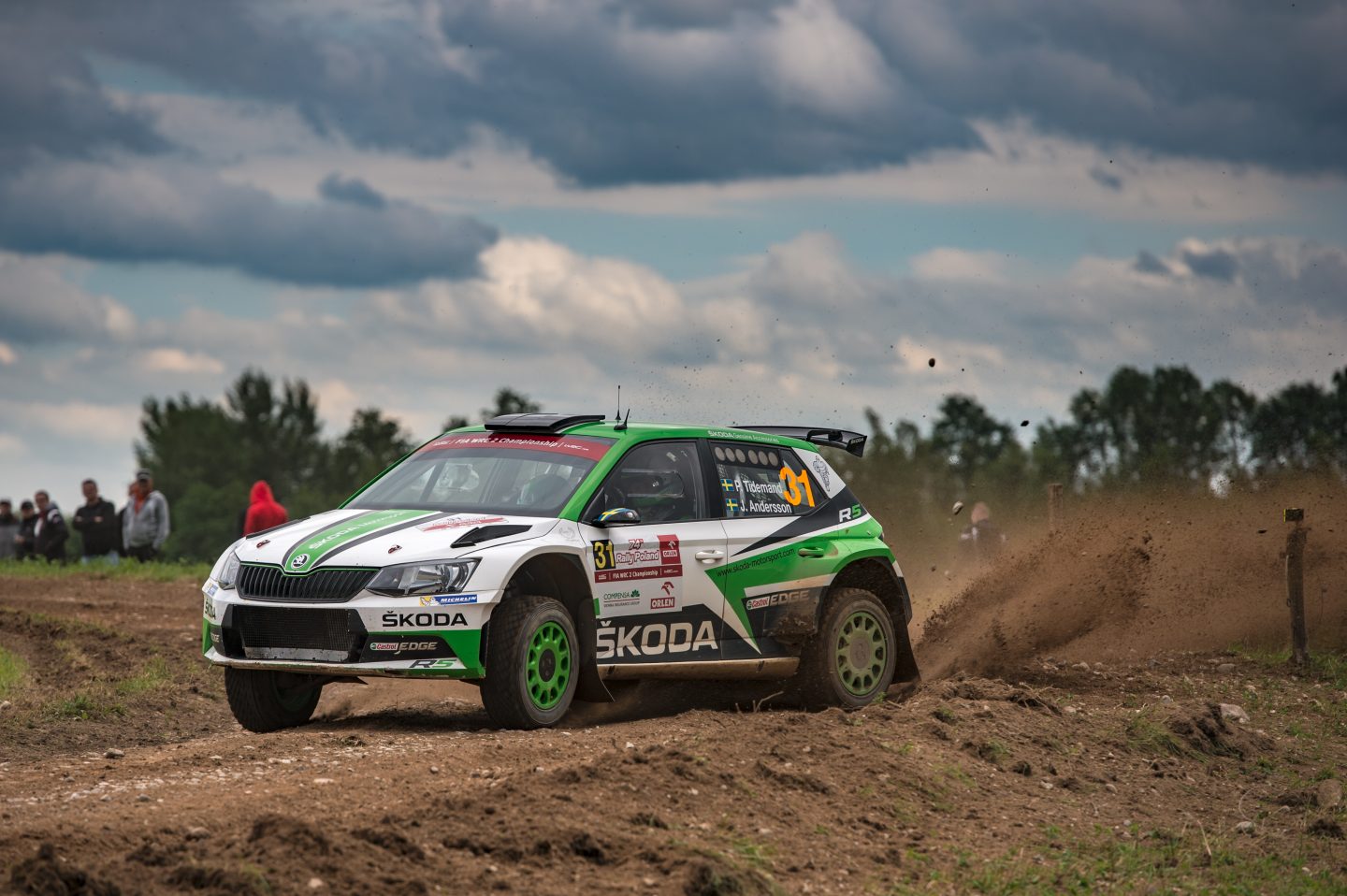 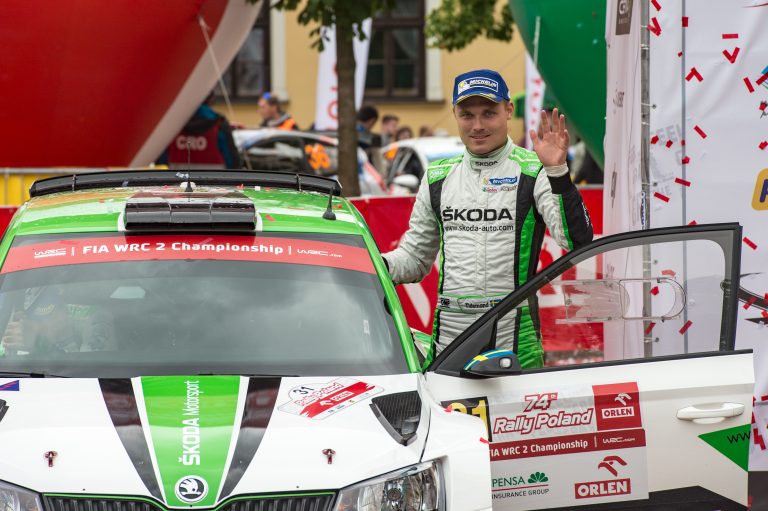 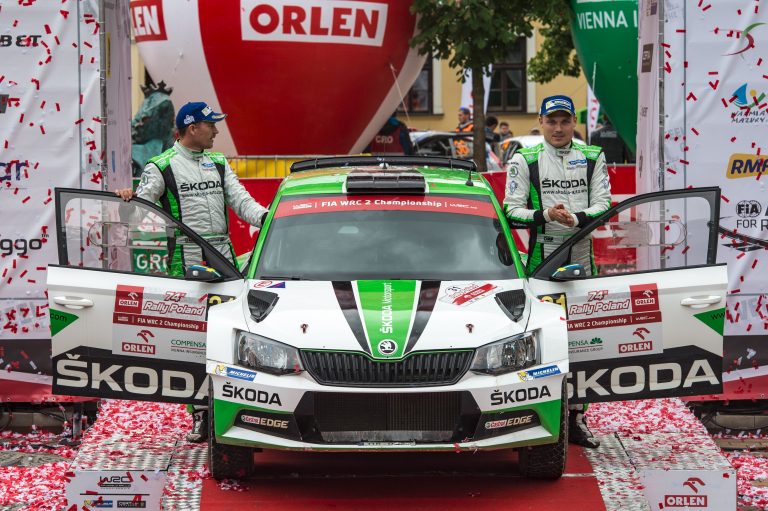 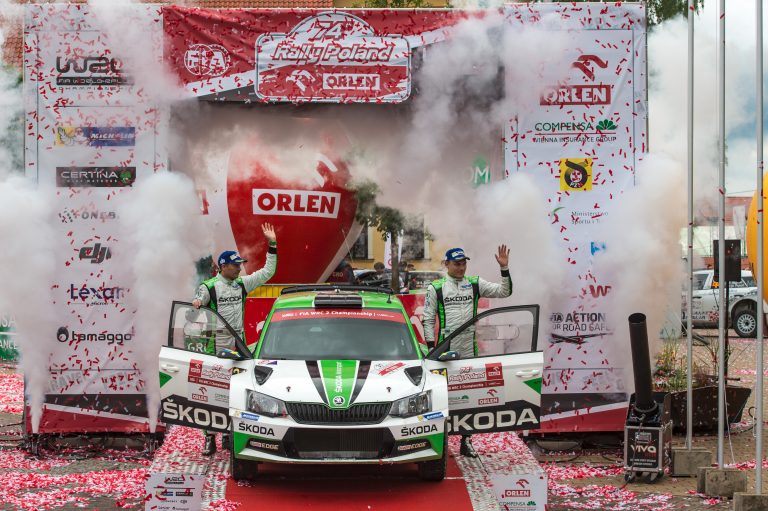 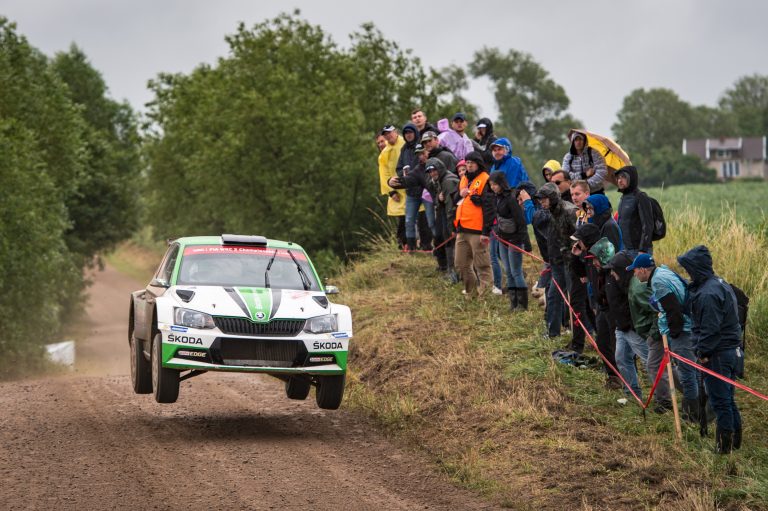 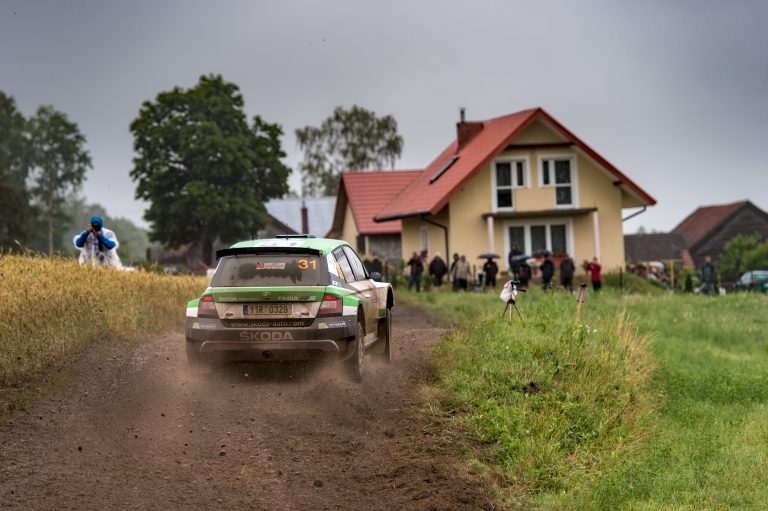 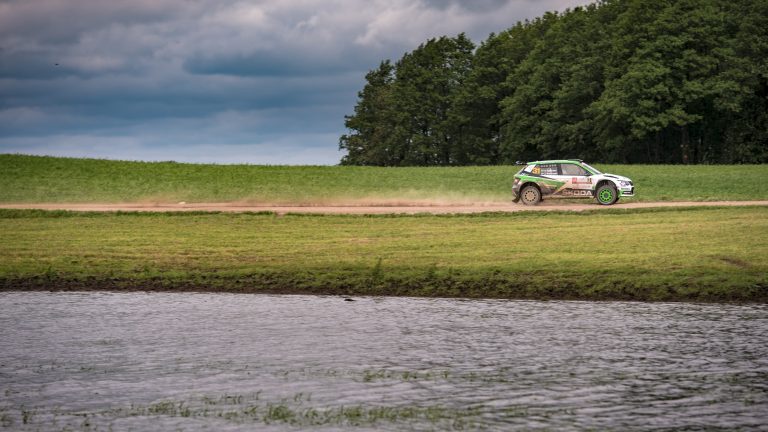 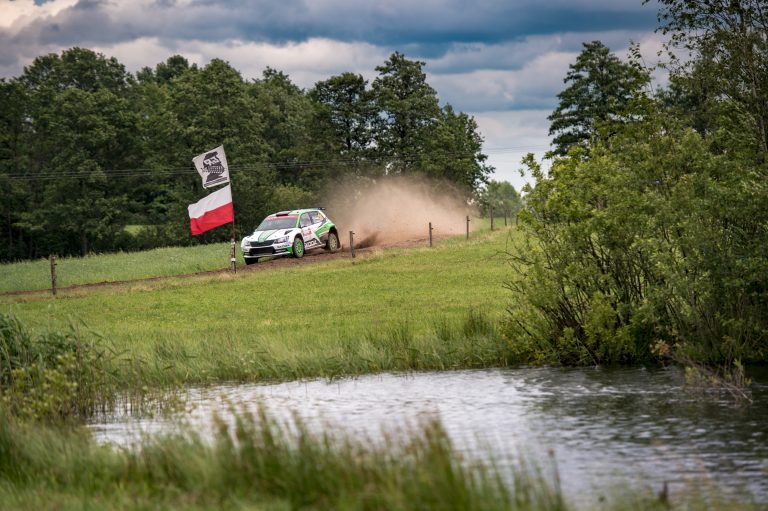 The weather changed on the final day of the rally back to the poor conditions of the opening day.  Heavy rain falls made the gravel tracks of the Masurian Lake District slippery and treacherous again. After Pontus Tidemand’s time consuming puncture on Saturday afternoon, the race for the first place in WRC 2 category was more or less decided. Youngster Ole Christian Veiby secured his very first WRC 2 win with a faultless and very concentrated drive and climbed into the second position in the championship standings.

“Congratulations to both teams. Bringing home the victory Ole Christian and Stig Rune not only proved that they are really fast, but very clever too. For us this result is another confirmation of our decision to employ both to compete for ŠKODA in the Asia Pacific Rally Championship. With a valuable second place Pontus and Jonas are in the best position to win the championship prematurely this year,” commented a delighted ŠKODA Motorsport boss Michal Hrabánek at the finish line in Mikolajki.

Pontus Tidemand was fastest in WRC 2 on three of the remaining four stages of the final leg of Rally Poland securing second place and valuable points for the championship home. “It is a pity that a puncture stopped the nice fight with Ole Christian. Congratulations to him for this great performance. However the points for second place put me in a very good position in the championship race, which was in the end my main goal,” concluded the WRC 2 leader from Sweden.

The eighth round of World Rally Championship proved again, that the ŠKODA FABIA R5 is by far the fastest and most reliable car in WRC 2 category. At the finish line in Mikolajki ŠKODA teams occupied top four positions in the category. In the WRC 2 championship standings, ŠKODA works driver Pontus Tidemand leads after eight rounds with 118 points ahead of stablemate Ole Christian Veiby (68 points).

Number of the day: 8
Since the first round of 2017 World Rally Championship in Monte Carlo, ŠKODA FABIA R5 teams won each of the eight rounds in WRC 2 category