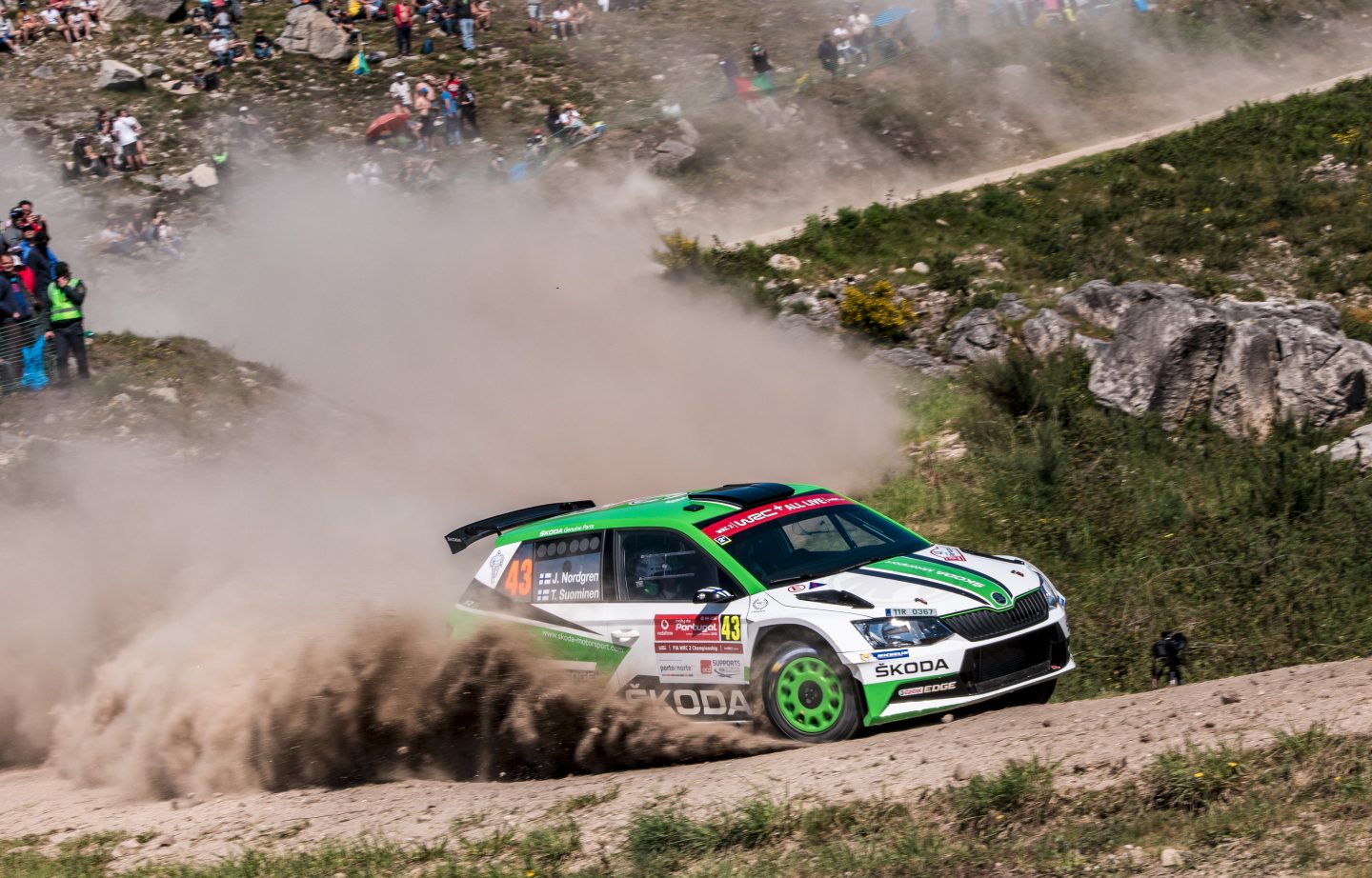 Matosinhos, 18 Mai 2018 – Reigning WRC 2 Champions Pontus Tidemand/Jonas Andersson (SWE/SWE) suffered two punctures with their ŠKODA FABIA R5 during the Friday leg of Rally Portugal (17/05/–20/05/2018), sixth round of the FIA World Rally Championship. Currently they are in the fifth position in WRC 2 category but can still earn valuable championship points. Their young teammates Juuso Nordgren/Tapio Suominen (FIN/FIN) encountered the same mishap, at the end of the Friday leg they are ninth in the WRC 2 category standings. 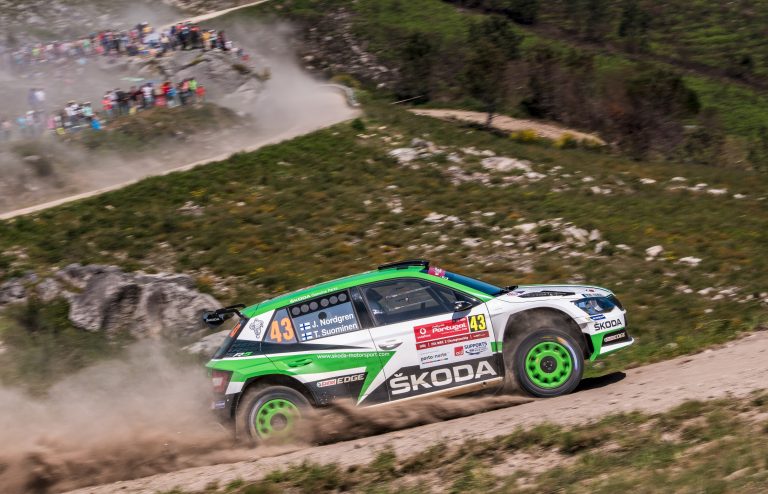 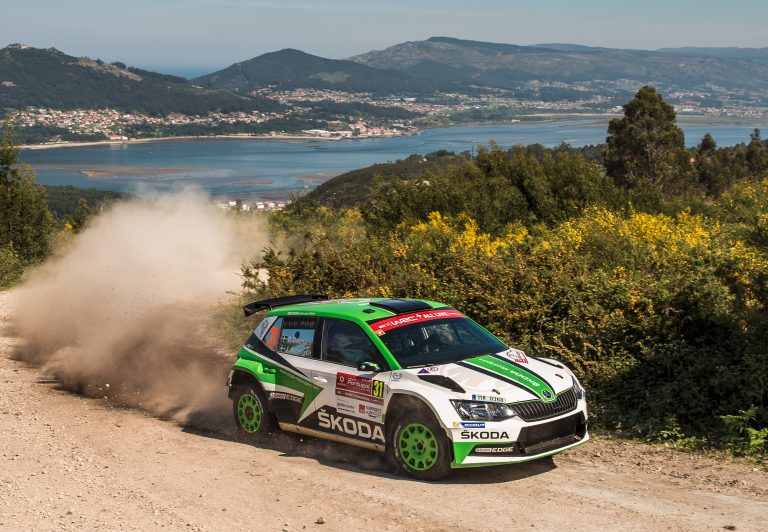 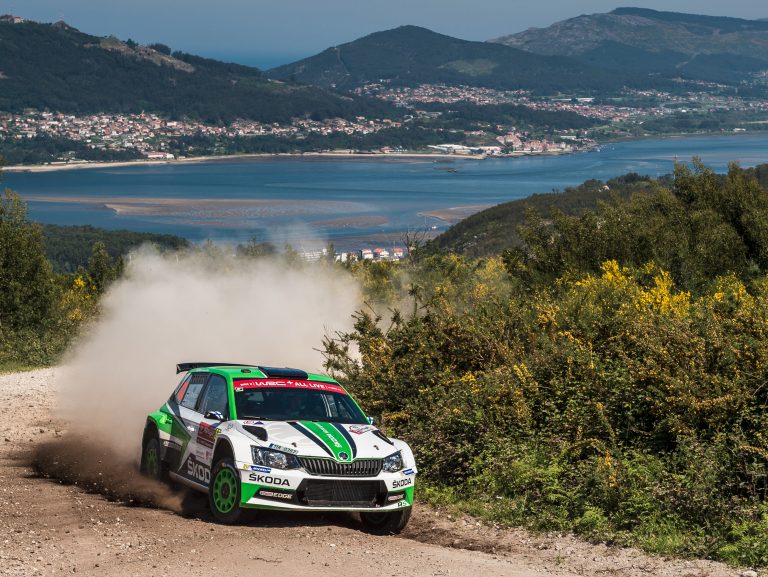 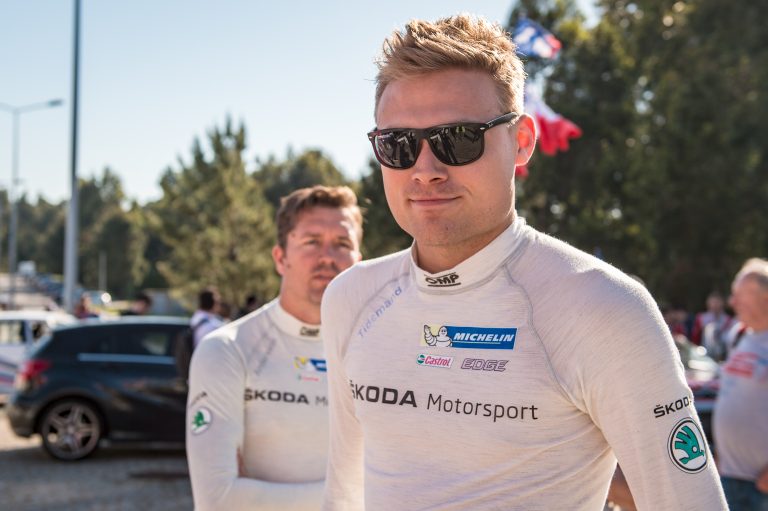 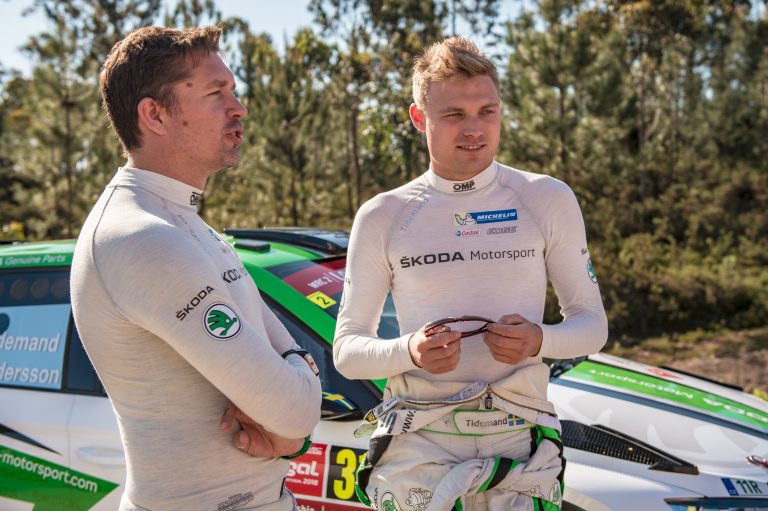 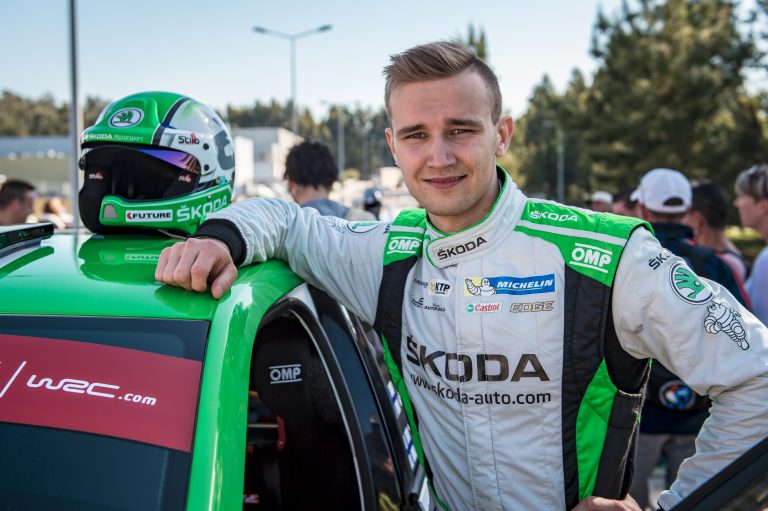 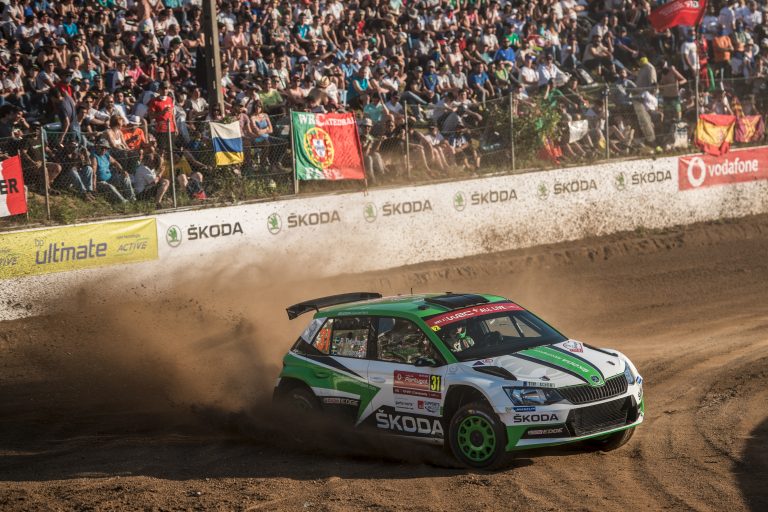 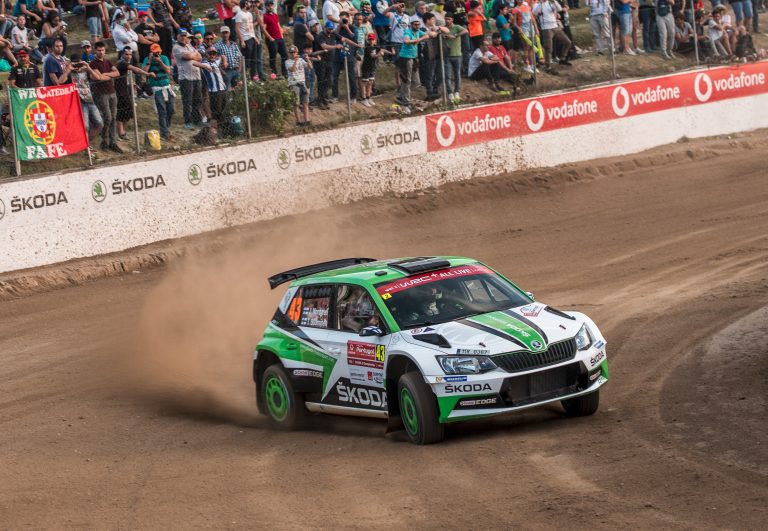 But on Friday morning, disaster hit both ŠKODA crews. “I don’t know how it happened. I got a puncture 15 kms into the stage, although the road seemed to be relatively smooth. Obviously, that doesn’t help when you have a puncture”, commented Pontus Tidemand. His young teammate Juuso Nordgren showed some promising split times, until he suffered a puncture as well. “There are stones in places, sometimes it’s like a lottery. If you hit one, you get a puncture easily”, Nordgren said. As a consequence, both ŠKODA crews lost nearly one and a half minute and dropped down the leader board.

Pontus Tidemand had to face a special challenge. Because he had decided to take only one spare wheel into the car in order to save weight, another puncture on the remaining two morning stages, totalling more than 45 kilometres of tough gravel tracks, would have put him out of the rally. Therefore, the WRC 2 Champion from Sweden drove the next stage especially carefully. But on the last stage before the midday service, he set a dominant fastest time, followed by teammate Nordgren.

The repetition of the morning leg saw both ŠKODA crews fighting back through the WRC 2 field. Tidemand set another fastest time on the fifth stage and moved back into fourth position.
Finnish junior Juuso Nordgren followed in the footpaths of his teammate and conquered fifth position in the second works ŠKODA FABIA R5. But one stage later, both ŠKODA crews again suffered punctures. Tidemand dropped to fifth in WRC 2, while Nordgren finished the day in ninth position of the category.

“This is really bad luck, but it is not over and there is still a long way to go. Pontus and Juuso can still fight for valuable championship points. So far this year’s Rally Portugal is the toughest event of the 2018 season, many of our competitors suffered as well”, commented ŠKODA Motorsport boss Michal Hrabánek.

Like in 2017, Rally Portugal offers the longest leg on Saturday (19 May), running over nearly 155 kilometres divided into six special stages with a mixture of sandy roads, rocks and deep ruts during the second pass of the stages. On Sunday (20 May), the spectacular Fafe loop with five stages on fast and smooth gravel roads, including the famous jump, is the spectator highlight of the event. In total, the teams will face 20 special stages of 358.19 kilometres, before the winner will reach the podium on Sunday at 15h45 in Matosinhos close to the city of Porto.

Number of the day: 4
Four punctures (two for each crew) delayed the ŠKODA works crews Tidemand/Andersson and Nordgren/Suominen during a tough Friday leg of Rally Portugal.