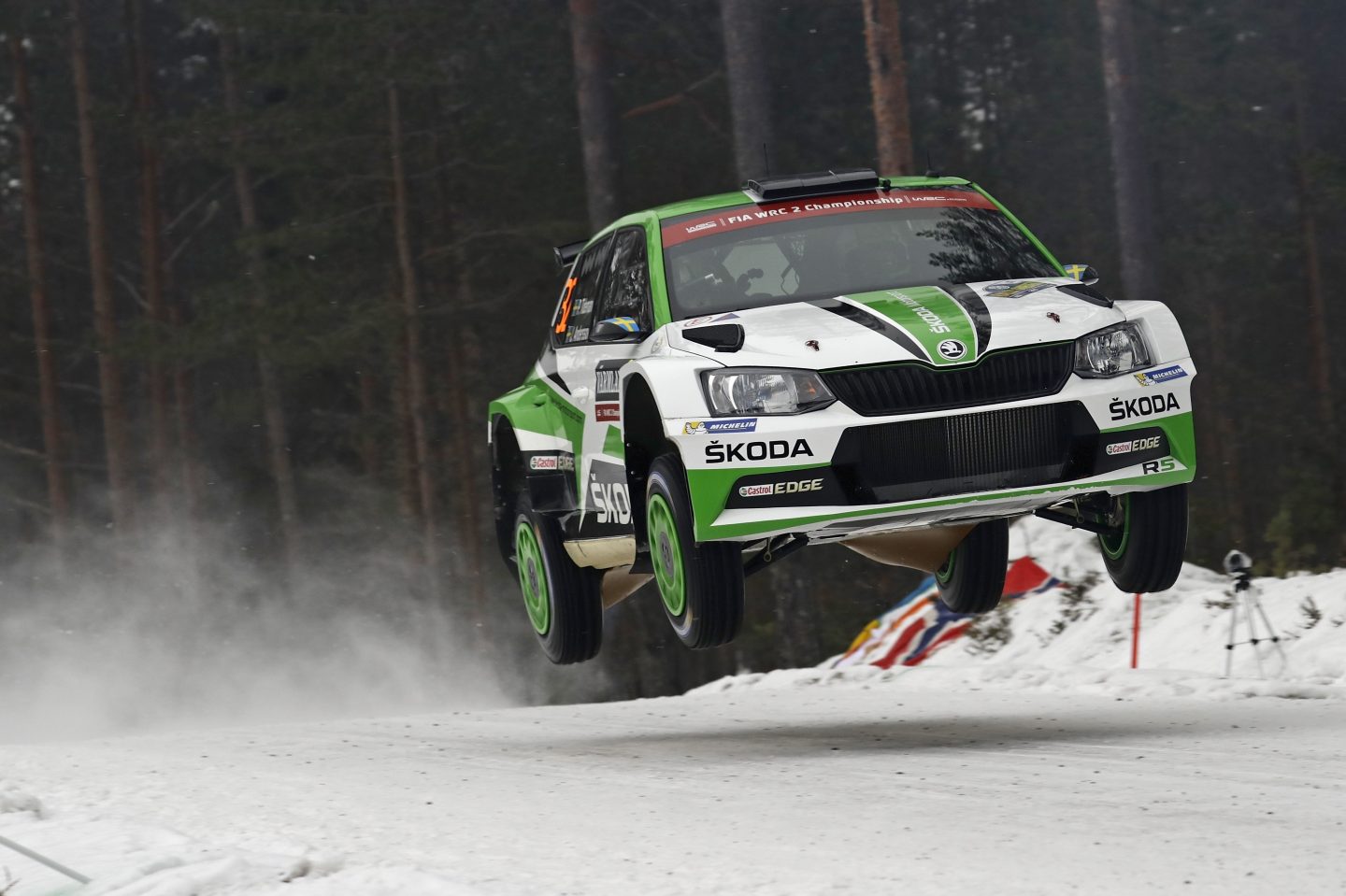 “With Jan Kopecký’s victory at Rally Monte-Carlo we experienced a perfect start to the 2018 season,” emphasizes ŠKODA Motorsport boss Michal Hrabánek. “I’m expecting an even closer fight in the WRC 2 category than last year. The fact, that in total 15 ŠKODA FABIA R5 are on the entry list, perfectly underlines the convincing reliability of this car even under extreme conditions,” Hrabánek adds.

Last year Swedish WRC 2 champion Pontus Tidemand laid the foundation of his 2017 WRC 2 title win on his home event. “Rally Sweden is a very special event for me each year. I hope, I can celebrate again, together with our fans,” Tidemand looks ahead. Victory will be all but easy, Tidemand reckons. He is expecting tough opposition. “Competition in WRC 2 category is really tight. To win I have to drive absolutely on the limit. I cannot afford one single mistake,” the 27 years old Swede knows all too well.

Last year already, youngster Ole Christian “O.C.” Veiby proved his talent by finishing third in WRC 2 category with a privately entered ŠKODA FABIA R5. “My main target is to score my first WRC 2 championship points in 2018. I’m fully concentrated to end up on the podium again, as I did in 2017,” Veiby explains his target.

Special interest for the second round of the FIA World Rally Championship 2018 is created by a guest appearance of Johan Kristoffersson. The reigning FIA World Rally Cross Champion will compete together with co-driver Patrick Barth in a privately entered ŠKODA FABIA R5 in RC 2 class. Kristoffersson is not competing for WRC 2 championship points, but nevertheless hopes to score some top three class results on a couple of stages. Rally Sweden is a home game for Kristoffersson as well. In 2016, he finished 11th in WRC 2 with a ŠKODA FABIA S2000. “I am looking forward to competing here again” says Kristoffersson before the event.

Rally Sweden will start on Thursday (15 February) at 20h08 on the trotting course in Karlstad in the southwest of Sweden. After the 1.9 kilometres long spectacular show stage, the real rally will commence on Friday (16 February). The crews leave the service park in Torsby early in the morning to head for additional 18 special stages which are covering in total around 314 kilometres on stages in the remote forests of Sweden and Norway. The rally finishes on Sunday (18 February) with the final power stage close to the service park in Torsby, the winners will be on the podium around 13h00.

…that Rally Sweden was first run in 1950 and was held in summer, before it became a winter event in 1965?

…that the extremely narrow snow tyres are fitted with 384 studs?

…that in 1973 only tyres without studs were allowed and national hero Stig Blomqvist won the event in a Saab despite having lost ten minutes with a fuel pump issue early on?

…that Rally Sweden was dominated by Scandinavian drivers until 2004 when WRC record champion Sébastien Loeb from France broke their dominance?

…that Pavel Sibera/Petr Gross won the A5 class at the 1993 Rally Sweden with a ŠKODA FAVORIT 136L?

…that each rally crew has to carry a snow shovel on board in order to be able to dig the car out of snow in case of an off-road excursion? 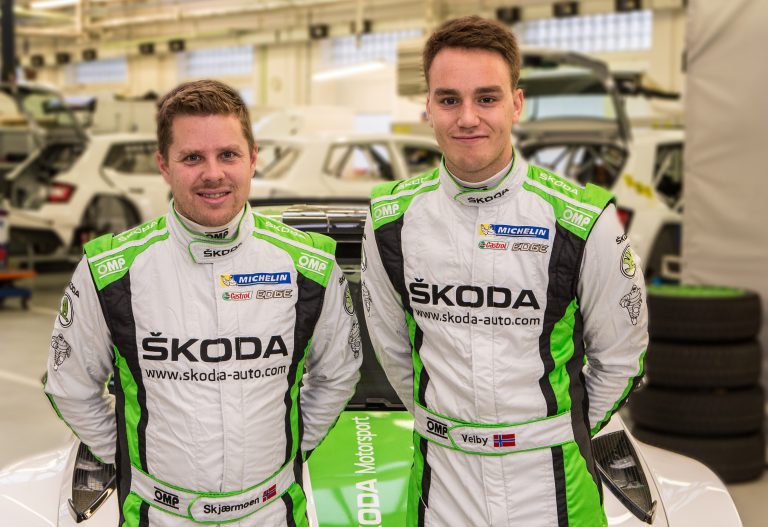 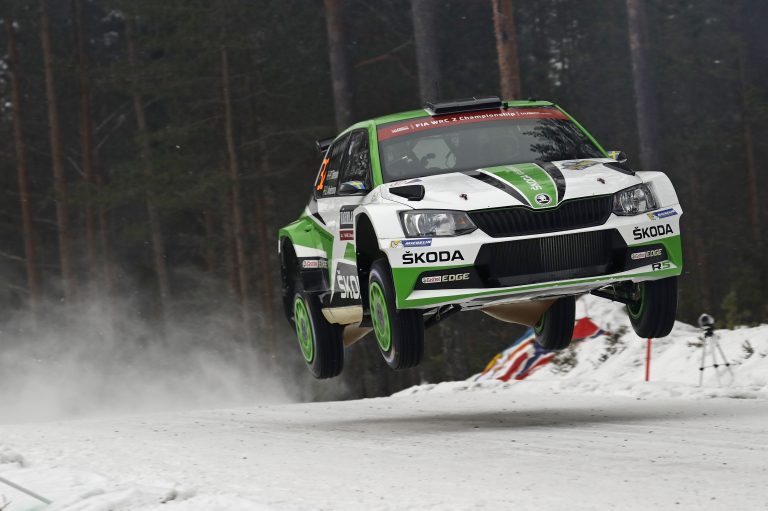