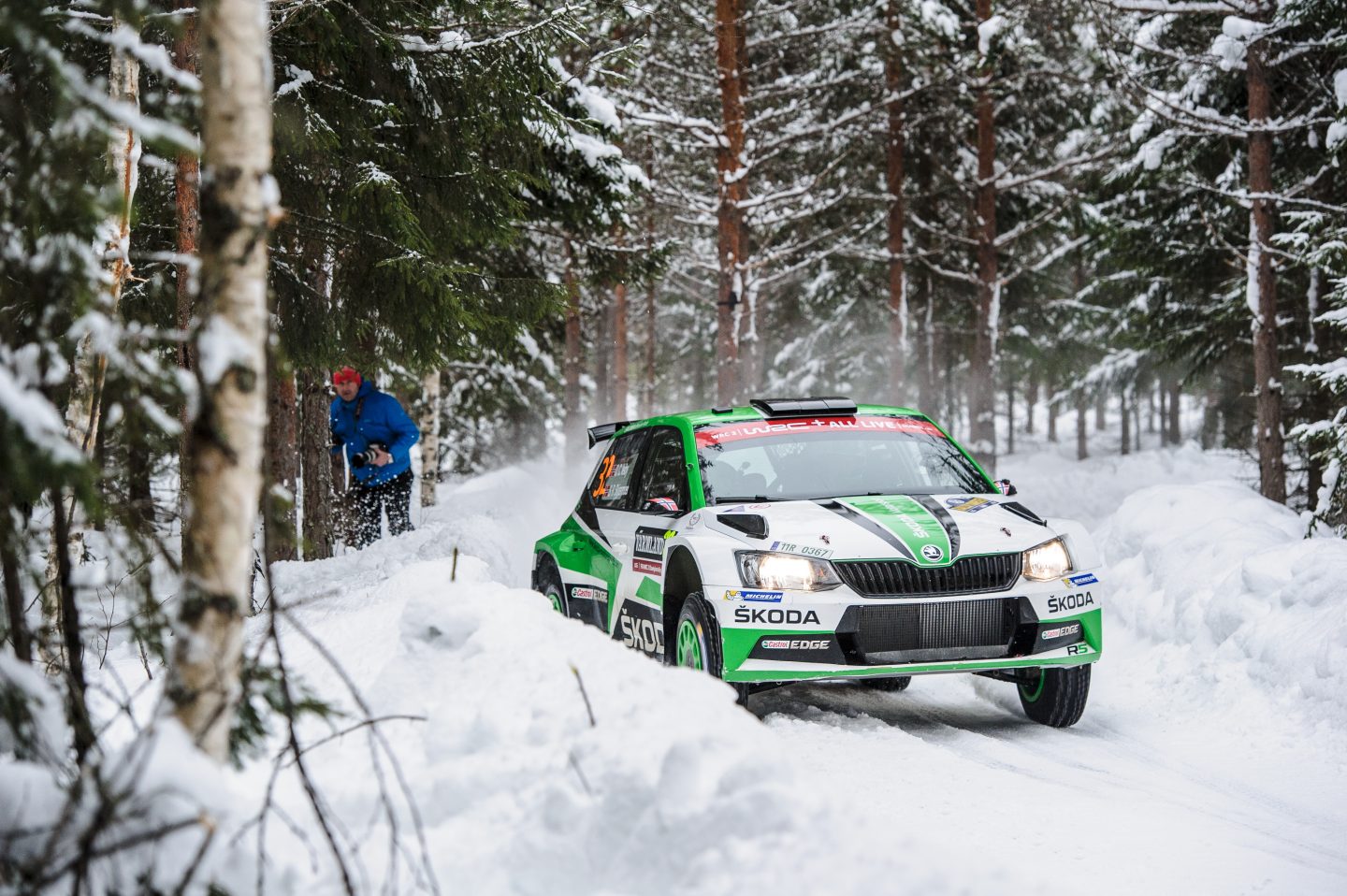 › After day two, WRC 2 Champions Pontus Tidemand and co-driver Jonas Andersson (ŠKODA FABIA R5) are second, just four seconds behind the leader with their
› Teammates Ole Christian Veiby/Stig Rune Skjærmoen currently third, as well locked in a tense competition for WRC 2 honours
› ŠKODA Motorsport boss Michal Hrabánek: “Still a long way to go. Pontus and O.C. have been following their instructions and are in a good position to succeed in Sweden.”

Torsby/Sweden, 16 February 2018 – Right from the start the two ŠKODA Motorsport crews were involved in a tough fight for the lead in the WRC 2 category at Rally Sweden. WRC 2 Champions Pontus Tidemand/Jonas Andersson (SWE/SWE) led the WRC 2 field on the snow-covered stages, their ŠKODA FABIA R5 setting the tracks for the competitors. Despite of losing some time, they finished leg one in second position, closely followed by their young teammates Ole Christian Veiby/Stig Rune Skjærmoen (NOR/NOR). Among the 15 entries in WRC 2 category, nine crews are competing with a ŠKODA FABIA R5. 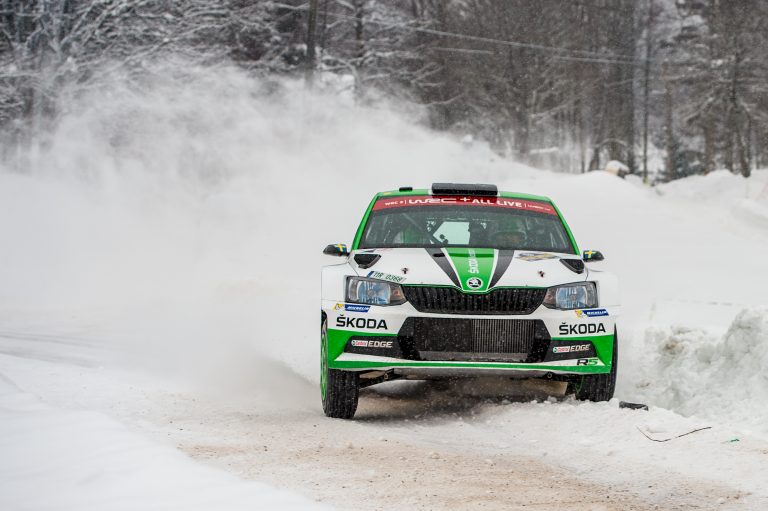 On Thursday evening, cheered by ten thousands of fans on the fabulous show stage on the trotting track in Karlstad, WRC 2 Champions Pontus Tidemand/Jonas Andersson (SWE/SWE) set the fastest time. The #31 ŠKODA FABIA R5 crossed the finish line just 0.1 seconds faster than teammates Ole Christian Veiby/Stig Rune Skjærmoen (NOR/NOR). On Friday, the rally started for real. Continuous snowfalls turned the region in the southwest of Sweden into a winter wonderland. Being the first car of the WRC 2 category on the road covered with loose snow, Pontus Tidemand faced a special challenge. “We have to set the tracks for the R5 cars following us. There are WRC cars in front of us, but their track width is not the same as of a R5 car. I was careful at the beginning, this is my first rally since last year’s Wales Rally GB,” confessed Tidemand.

“It is really difficult, the car is jumping between the ruts on the stages. Nevertheless, I am happy with my performance and try to find my rhythm,” commented teammate Ole Christian Veiby. The Norwegian junior broke his own record on the third special stage over the so-called “Veiby jump”, flying 47 metres wide according to official measurement.

The battle in WRC 2 category was very tense. When the teams returned to the service park in Torsby after four stages, the first six teams were separated by just ten seconds. At the time Veiby and Tidemand were second and fourth in the category.

During the afternoon leg, Swedish WRC 2 champion Pontus Tidemand attacked with his ŠKODA FABIA R5 and moved up to second position in WRC 2 category ahead of teammate O.C. Veiby. Both ŠKODA Motorsport crews pushed until the end of the Friday leg, when Tidemand eventually was only four seconds behind the category leader, closely followed by O.C. Veiby, who is further 3.2 seconds behind his teammate.

At the end of day two of Rally Sweden, ŠKODA Motorsport boss Michal Hrabánek was delighted with the performance of both crews: “There is still a long way to go. Pontus and O.C. have been following their instructions and are still in a very good position to win.”

After additional eleven special stages on Saturday and Sunday, totalling further 172 kilometres on fast snowy tracks, the rally finishes on Sunday (18 February) with the final power stage close to the service park in Torsby. The winners will be on the podium around 13h00. 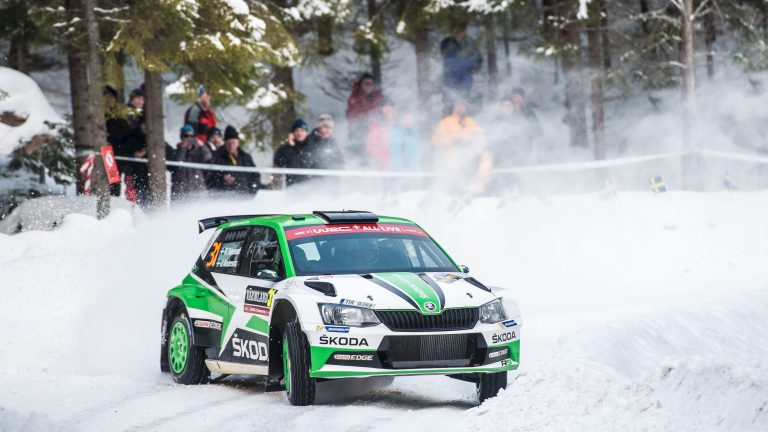 Rally Sweden: ŠKODA Motorsport’s Tidemand and Veiby both on podium after thrilling battle