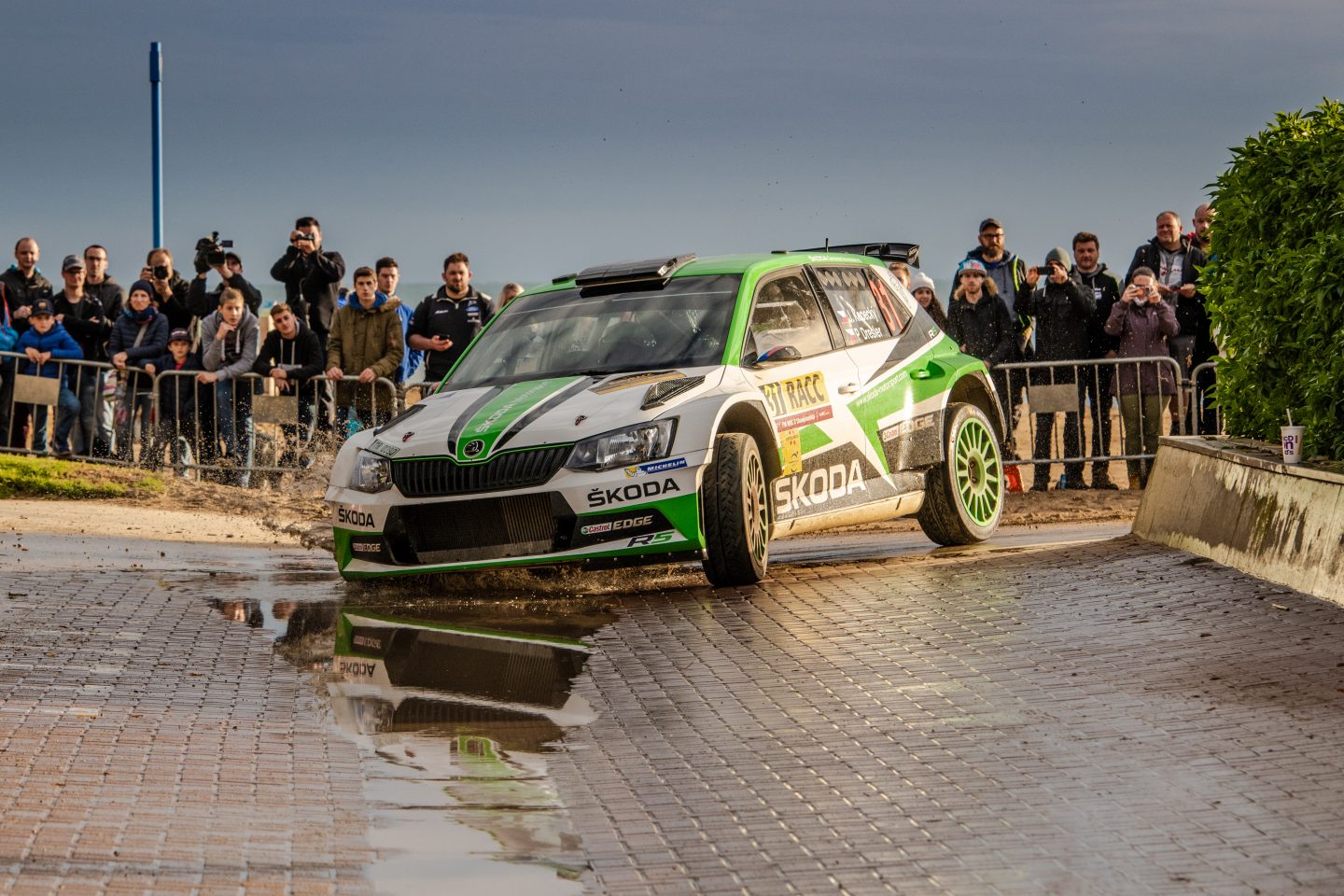 Salou, 27 October 2018 – After the end of Saturday’s leg ŠKODA junior Kalle Rovanperä and his co-driver Jonne Halttunen (FIN/FIN) are leading the WRC 2 category at RallyRACC Catalunya – Rally de España (25/10/–28/10/2018), twelfth round of the FIA World Rally Championship. Newly crowned WRC 2 champions Jan Kopecký/Pavel Dresler moved up top second place, giving ŠKODA Motorsport the opportunity to aim for the fourth double win in the WRC 2 category of the 2018 season (title subject to official publication of the results by the FIA).

On Friday evening at the service park in Salou, the rally cars were converted from gravel into tarmac specification, because all remaining stages of the rally were entirely on asphalt. Early Saturday morning, the crews were departing from Salou in the south of Barcelona to tackle seven special stages covering more than 121 kilometres. Rain during the night before made the tarmac stages wet, damp and slippery – conditions, the newly crowned Czech and WRC 2 champion to be Jan Kopecký was looking for. For his young teammate Kalle Rovanperä, these conditions were offering a very special challenge – he had never before driven his ŠKODA FABIA R5 on wet tarmac. The unpredictable weather made the tyre choice crucial. The crews had to choose between wet tyres for rainy conditions or soft slicks, which work better on partially wet, partially dry tarmac.

The day’s opening stage, the 14.12 kilometres of “Savallà”, had to be cancelled due to safety reasons. Simply too many spectators wanted to witness the action. So, the tarmac leg started with the 21.25 kilometres long “Querol” stage. Jan Kopecký opted for soft slick tyres, while Kalle Rovanperä, also because of his little experience with such conditions, took the more conservative option of rain tyres. As the showers were getting stronger, Kalle’s choice actually proved to be the right one. He set the second fastest time, which made him move into the category lead. Teammate Jan Kopecký meanwhile seemed to be not so happy with his tyre choice. Nevertheless, he managed to be third quickest, which made him move to third place in the WRC 2 classification. One stage later, Kopecký’s soft slicks worked better and he set the fastest time, while Rovanperä still defended the category lead.

After the service halt in Salou, four more stages had to be driven. Both ŠKODA crews opted for the same tyre choice as during the morning loop. While Volkswagen driver Eric Camilli had to retire, Kopecký was quickest by just half a second ahead of category leader Rovanperä. The gap now was only three seconds between both ŠKODA drivers. On the remaining two stages of the day, Kalle Rovanperä and Jan Kopecký defended their respective positions. “Kalle and Jan drove fast and clever under difficult conditions. Now we are aiming for another win of the 2018 season. But there are still four stages to go,” said ŠKODA Motorsport boss Michal Hrabánek.

On Sunday’s final leg of the rally, four more stages covering 61.70 kilometres are waiting for the crews. The winner will reach the podium at the rally’s host town Salou in the south of Catalunya’s capital Barcelona at 14h01 on Sunday (local time).

Number of the day: 4
After Saturday’s leg of RACCRally Catalunya, ŠKODA Motorsport is closing in to the fourth double WRC 2 win of the 2018 season. 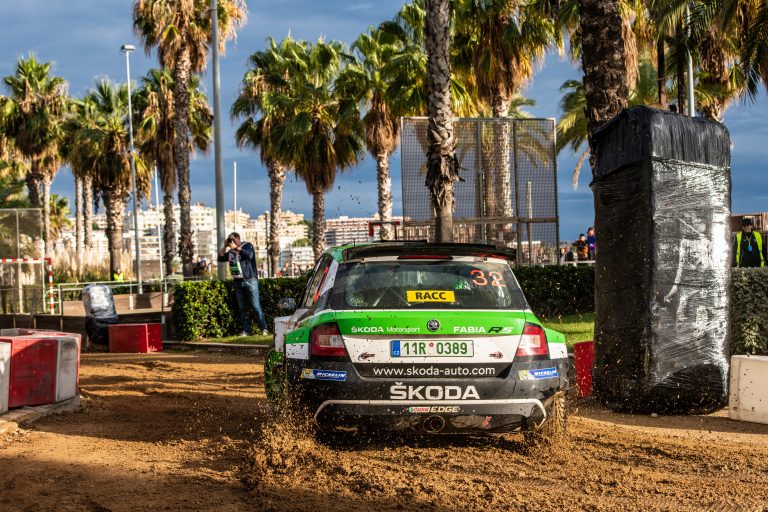 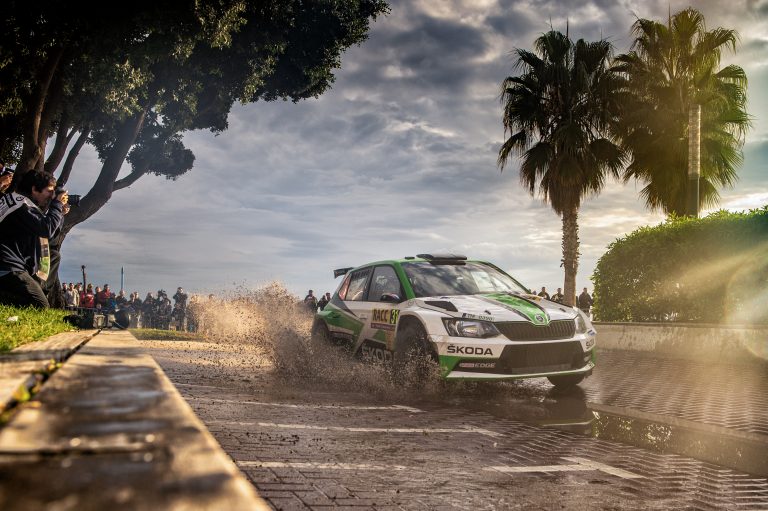 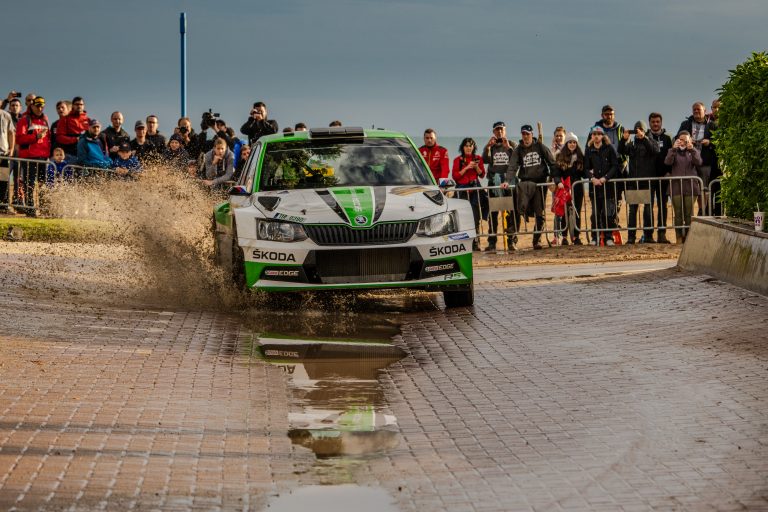 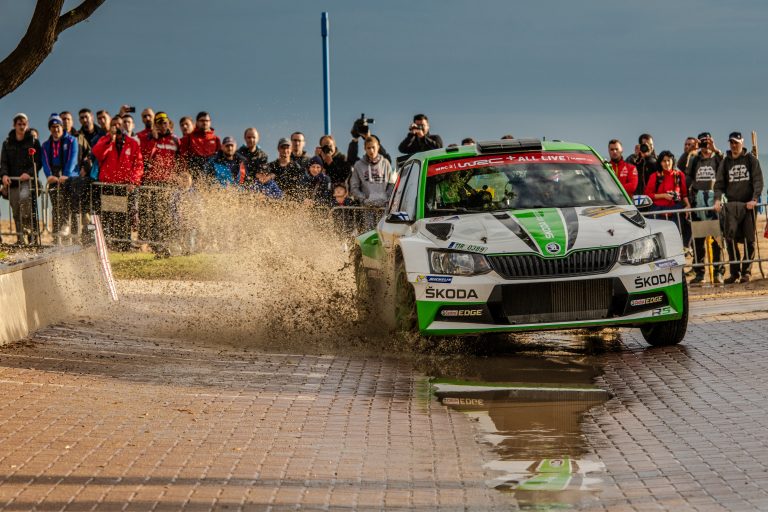 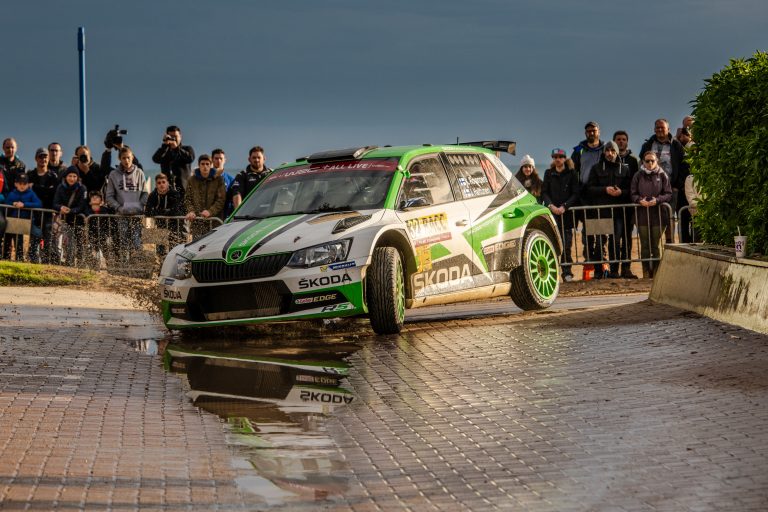 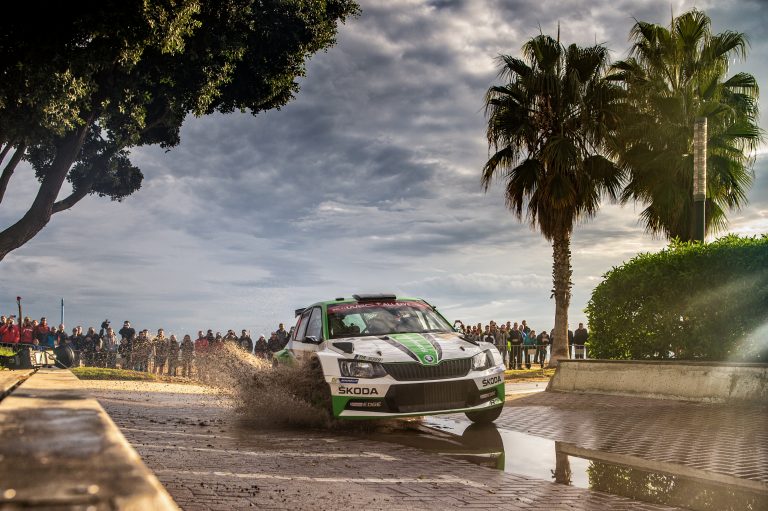 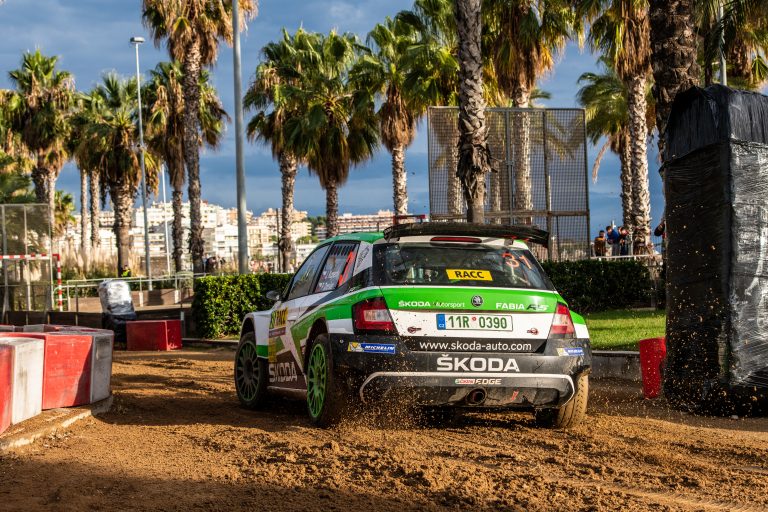 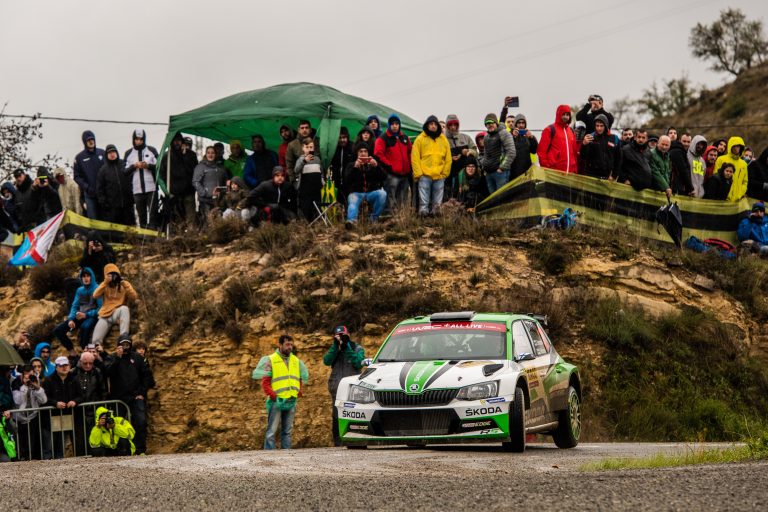 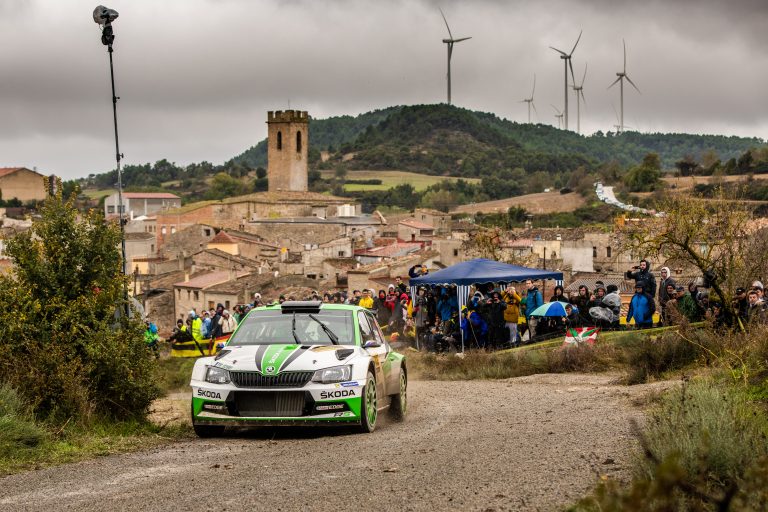 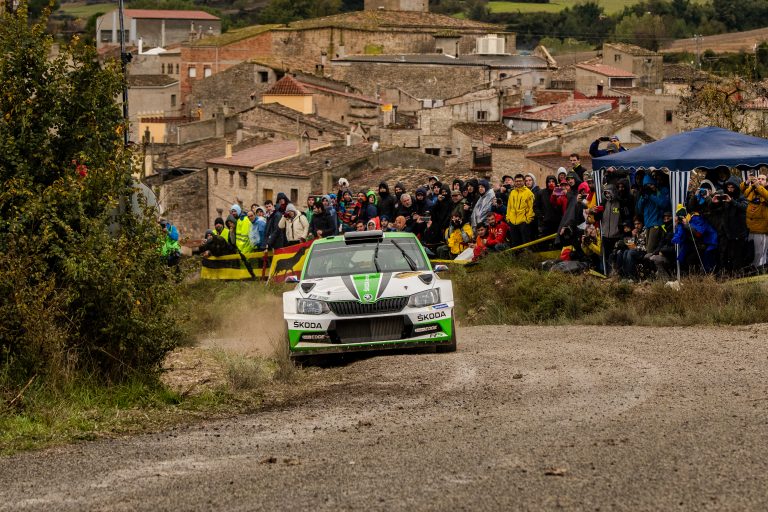 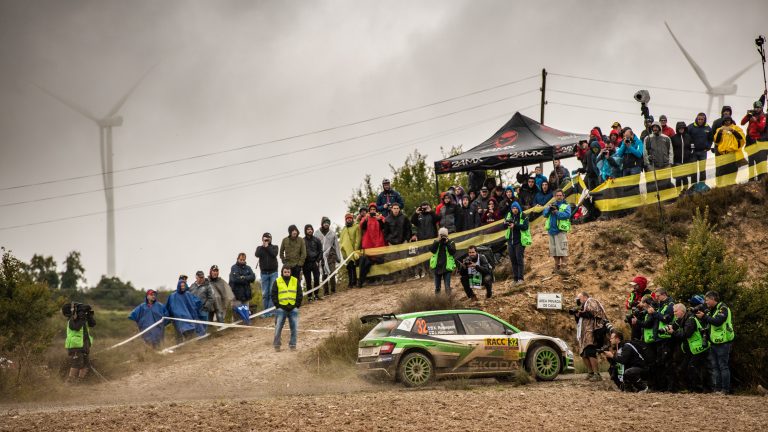 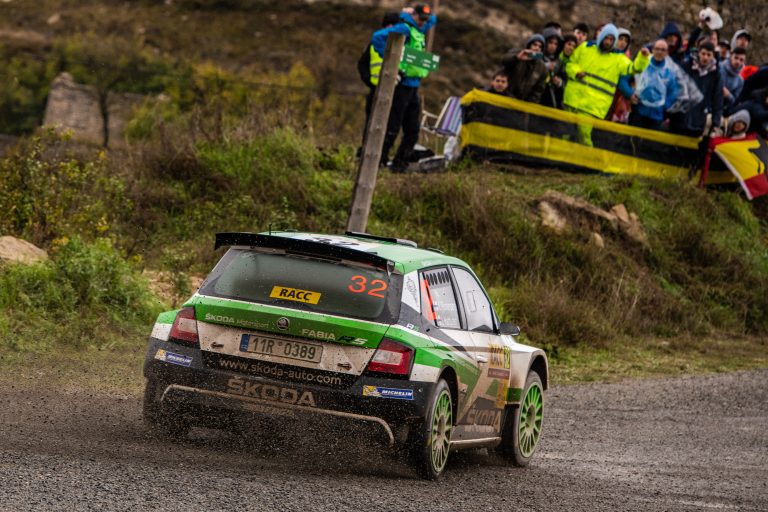 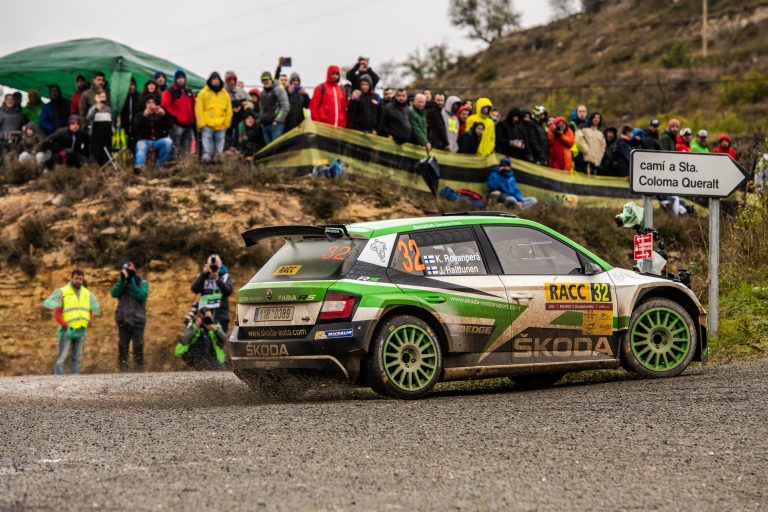 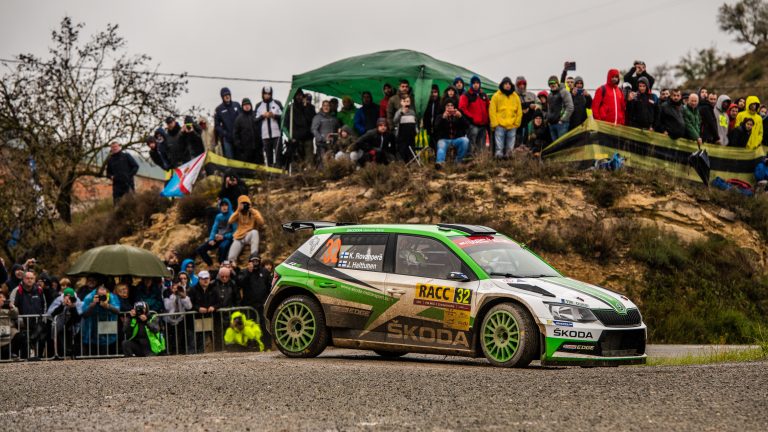 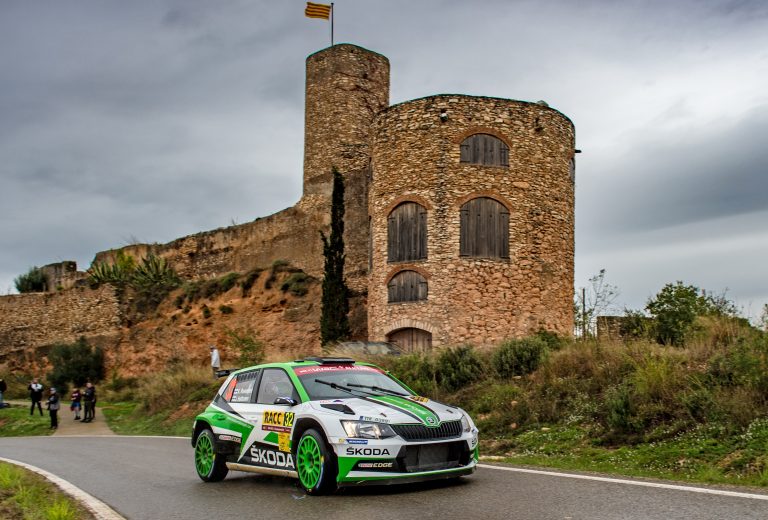 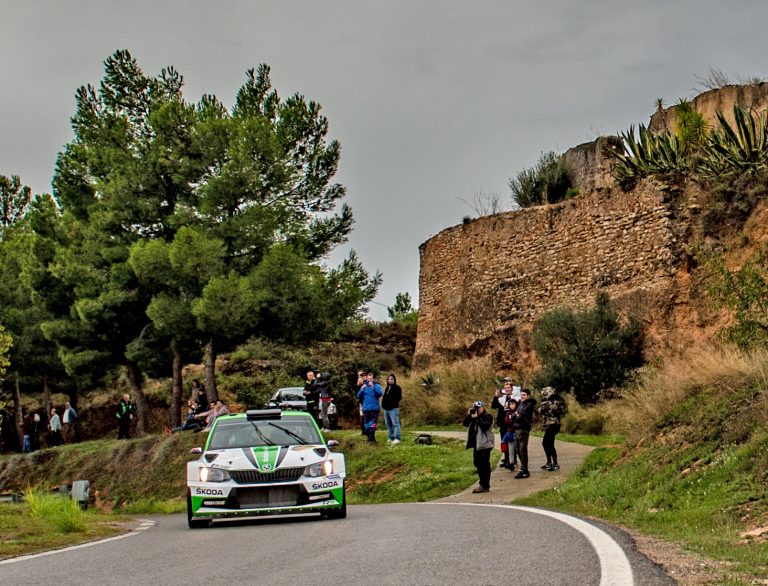 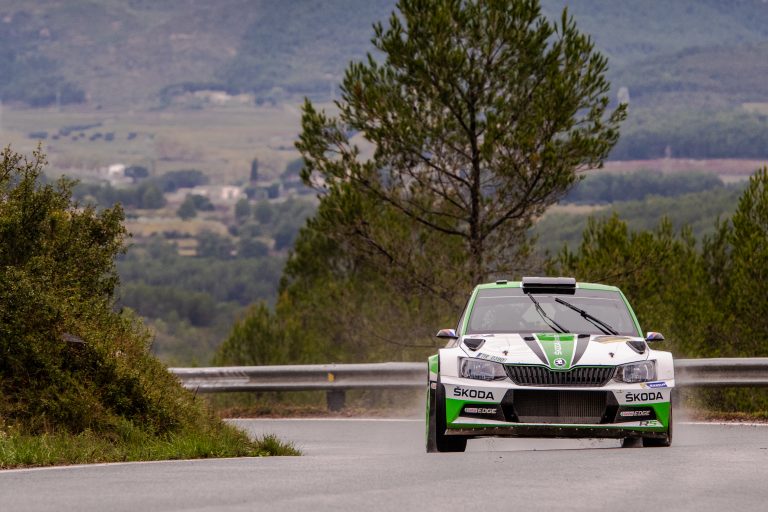 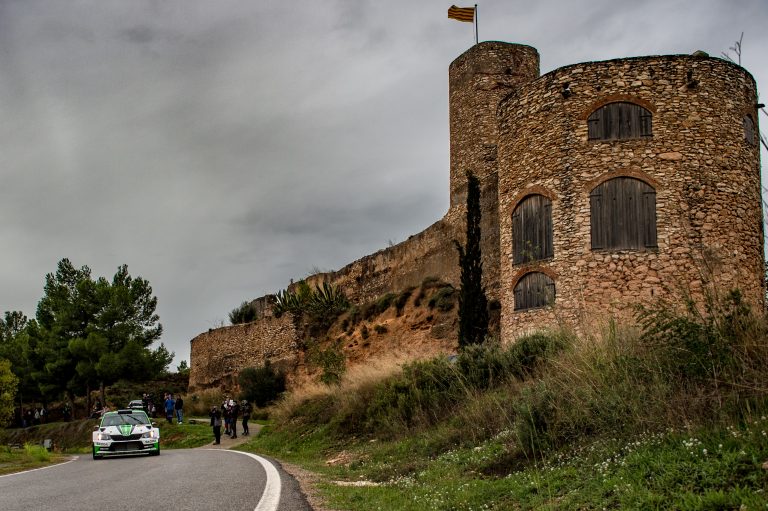 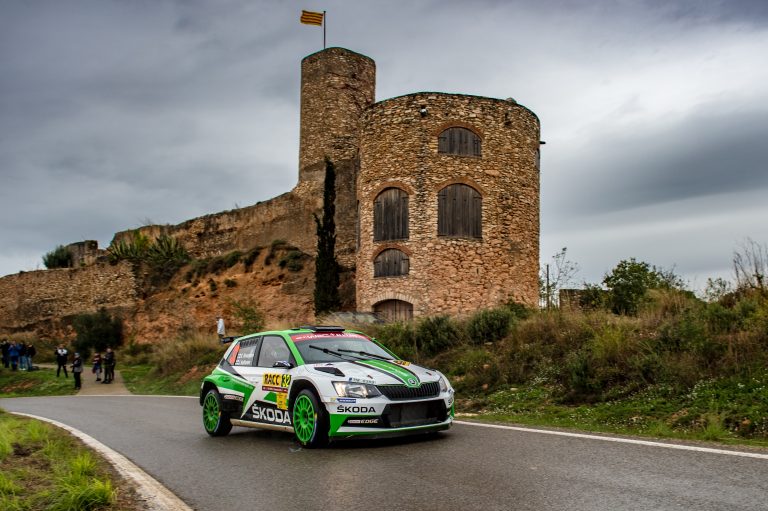 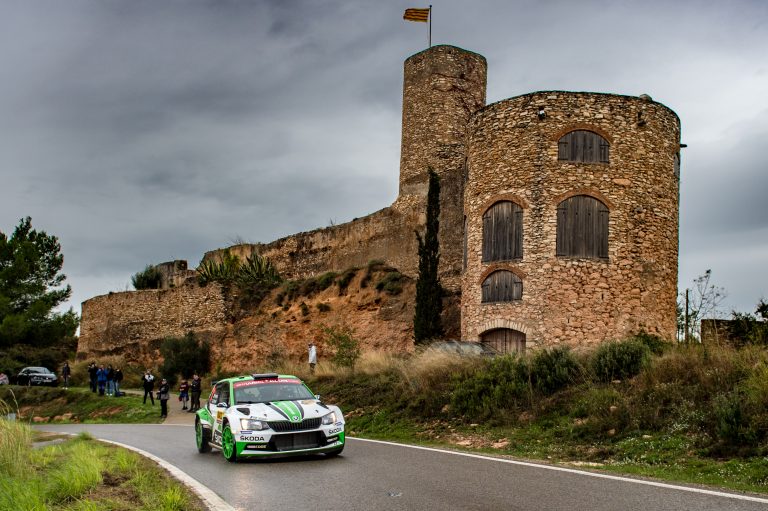