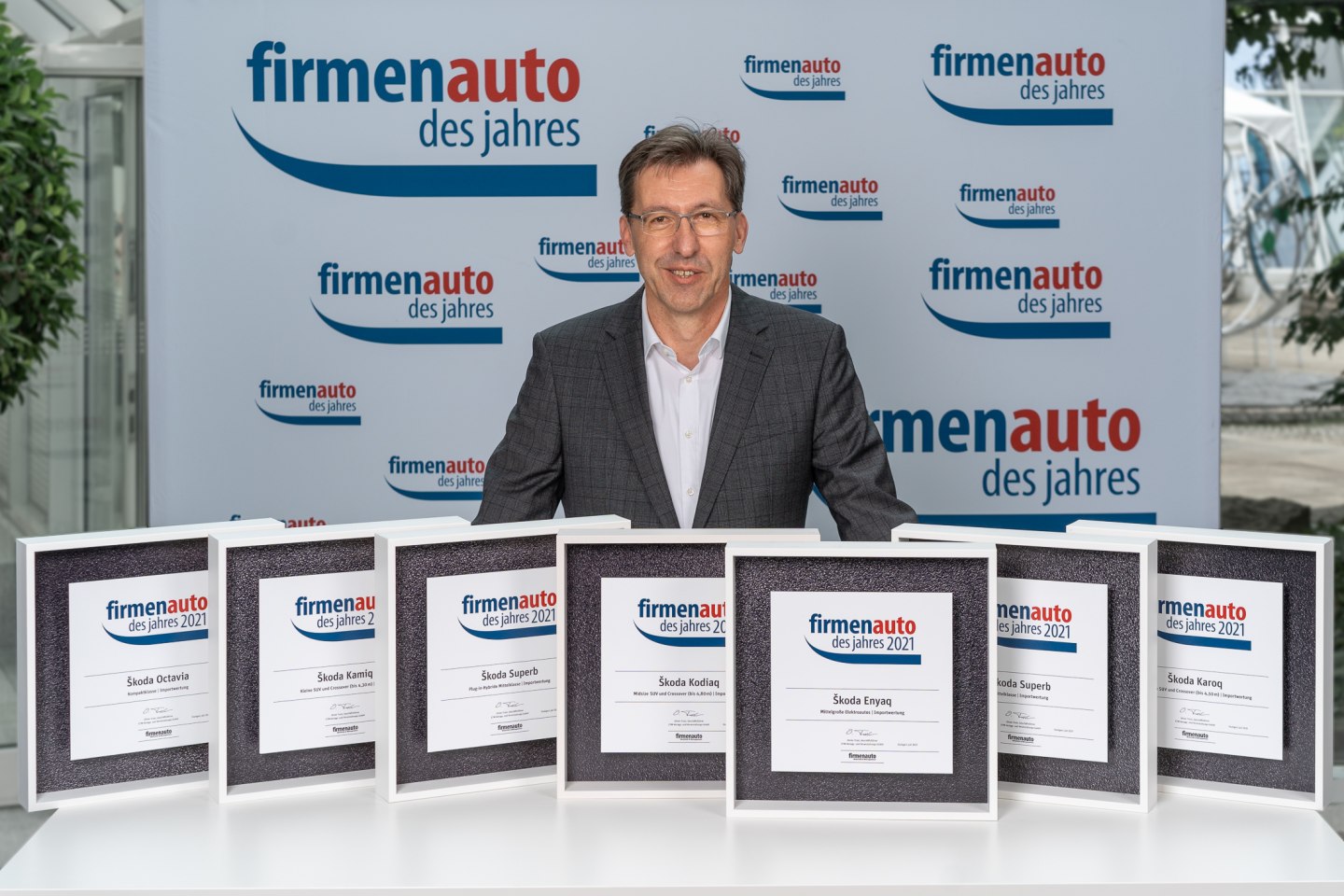 › Jury of 165 fleet experts selects seven ŠKODA AUTO models as the best imported vehicles in the German fleet market
› ŠKODA SUPERB secures the mid-size import ranking and the title of best plug-in hybrid model
› Fourth generation of the ŠKODA OCTAVIA wins award for the eleventh time
› All four ŠKODA SUV models – KAMIQ, KAROQ, KODIAQ and the battery-electric ENYAQ iV – are named ‘Company Car of the Year 2021’ in their respective classes

165 fleet professionals evaluated the best company vehicles from the best-selling models in the German fleet market for the renowned award from the trade magazine ‘firmenauto’, selecting a winner for each of the 20 categories. ŠKODA AUTO was among the most successful manufacturers with seven award-winning model series. This means that the Czech brand has received the coveted title 35 times since 1999. In the commercial sector, ŠKODA’s traditional virtues, such as economy, reliability, excellent value for money and high level of safety and comfort, are particularly appreciated.

The ŠKODA OCTAVIA comes out on top as the best imported fleet vehicle in the compact class for the eleventh time in its category. The fourth generation of the best-selling ŠKODA model seamlessly continues the impressive track record of this model series. One reason for its success is the wide range of engines available. In addition to efficient diesel and petrol, it offers three alternative drivetrain variants – plug-in hybrid, mild hybrid and CNG. Modern infotainment and comprehensive connectivity with online support distinguish the current OCTAVIA, as do innovative assistance systems ensuring excellent active and passive safety. According to data from the industry service provider Dataforce, the OCTAVIA COMBI ranked number one in its segment in the relevant fleet market in 2020 with a market share of 31.8 per cent.

With victories in the import rankings for the mid-size class and the mid-size plug-in hybrid class, the ŠKODA SUPERB and SUPERB iV close in on the record winner. The ‘firmenauto’ titles number ten and eleven underline the strong position of this model; outstanding spaciousness, low running costs, superior long-distance comfort and impressive handling performance are the hallmarks of the SUPERB family. With a modern plug-in hybrid drive, the iV version of the ŠKODA SUPERB can cover up to 65 kilometres on electric power alone.

The awards received in the professional poll reflect the strong performance of ŠKODA’s SUV family in the German fleet market. For example, the ŠKODA KODIAQ ranked second overall in the Dataforce ‘A SUV/CUV’ segment in 2020 with a market share of 10.9 per cent, while the KAROQ followed in fourth place with 6.1 per cent. Overall, ŠKODA increased its market share in the relevant fleet market to 8.6 per cent in 2020 according to Dataforce and moved up to fifth place in new commercial registrations in Germany.

The trade journal ‘firmenauto’ has been presenting its ‘Company Car of the Year’ awards since 1999, this year for the 23rd time. Since 2019, a top-class jury of experts has been selecting the best company cars. The best-selling models in each segment were selected as company cars; they were identified with the support of Dataforce. The 2021 jury consisted of 165 fleet managers, fleet experts from brand-independent service providers and associations as well as journalists from European fleet magazines. The jury broadly represents the German fleet market – in total, the panel members represent companies with more than 200,000 vehicles. 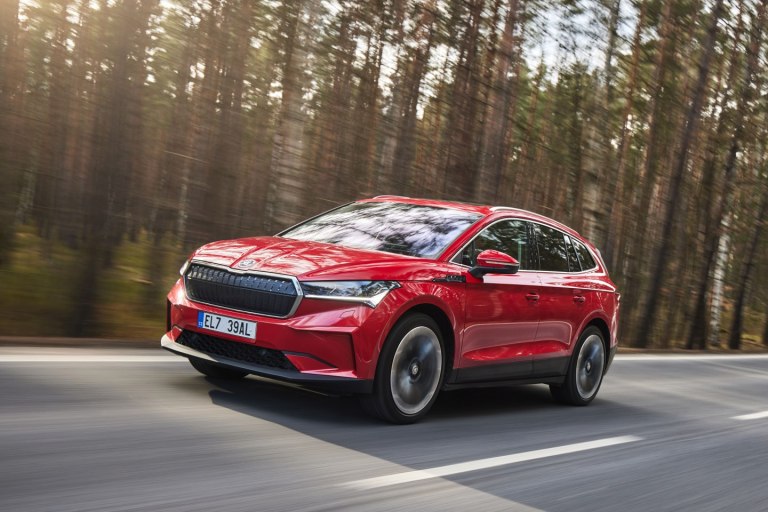