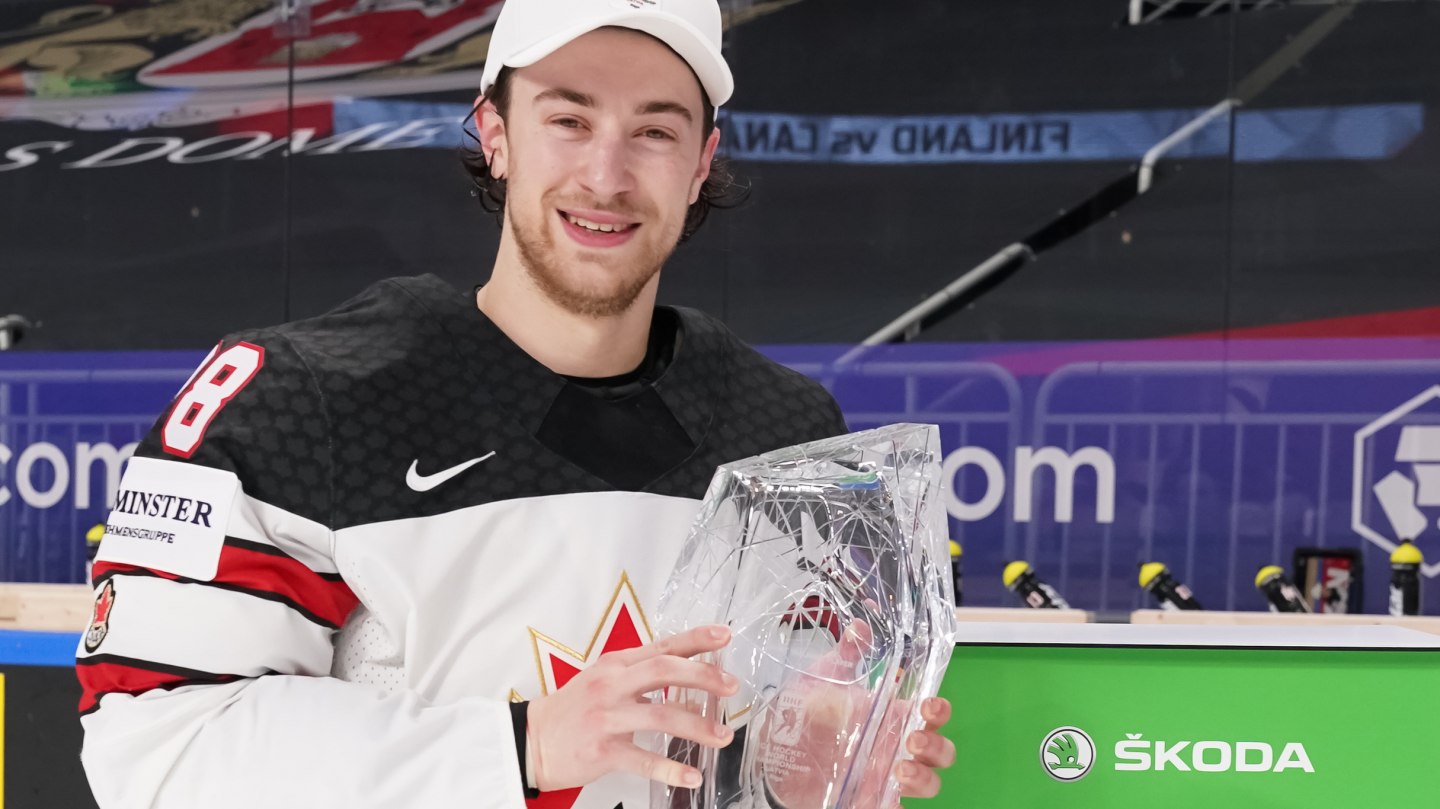 › Andrew Mangiapane from Canada was recognised as the tournament’s Most Valuable Player following yesterday’s final in Riga
› The trophy is reminiscent of an ice crystal and takes inspiration from the ŠKODA-typical crystalline features
› 45 all-electric ENYAQ iVs made available to the event organisers covered a total of 95.000 km

Mladá Boleslav, 7 June 2021 – Yesterday, the 84th IIHF Ice Hockey World Championship came to an end in the Latvian capital, Riga. In an exciting final, Canada beat Finland 3:2 in overtime. ŠKODA Design was once again called on to create the trophy for the tournament’s most outstanding player. The sculpture, inspired by ice skating tracks and made of Bohemian crystal glass, was presented to Canadian national player Andrew Mangiapane.

Canada settled the 84th IIHF Ice Hockey World Championship in a thrilling end to an exciting round of playoffs with yesterday’s 3:2 overtime victory over Finland. ŠKODA AUTO has been the sporting event’s official main sponsor for an impressive 29 years. This makes the Czech car manufacturer the Guinness World Record holder for the longest main sponsorship in the history of a sporting world championship. Andrew Mangiapane was recognised as the tournament’s most valuable player following the final in Riga.

The spectacular trophy for the IIHF Ice Hockey World Championship’s ‘Most Valuable Player’ has become a trademark of the event. This year’s skilfully crafted sculpture draws on traditional Czech crystal glass art and is reminiscent of an ice crystal. The creation by Peter Olah, Head of Interior Design at ŠKODA AUTO, was inspired by skate tracks on the ice.

ŠKODA Design created the prize for the tournament’s most valuable player for the third time. Drawing on inspiration from the brand’s current models, the award is characterised by sharply defined surfaces, well-balanced proportions and striking, clear-cut lines. The trophy combines the dynamics of ice hockey with ŠKODA’s emotive design language. Following a traditional glass-forming technique, the cup – which is 35 cm high, 22 cm wide and weighs five kilograms – was blown into a mould before it was given an elaborate, artistic cut.

ŠKODA AUTO has been supporting the IIHF Ice Hockey World Championship as a mobility partner since 1992. This year, for the first time, the Czech car manufacturer provided the event organisers with an all-electric fleet consisting of 45 ENYAQ iVs. Over the course of the tournament, the vehicles covered a total of 95.000 km.

The Fanboards in the arenas were another first this year. Due to Covid-19 restrictions, fans couldn’t support their favourite teams live in the arena, but thanks to ŠKODA AUTO, they had the opportunity to place a cardboard cut-out with their photo on it in the stands. This allowed more than 15,850 fans to be on site in Riga. 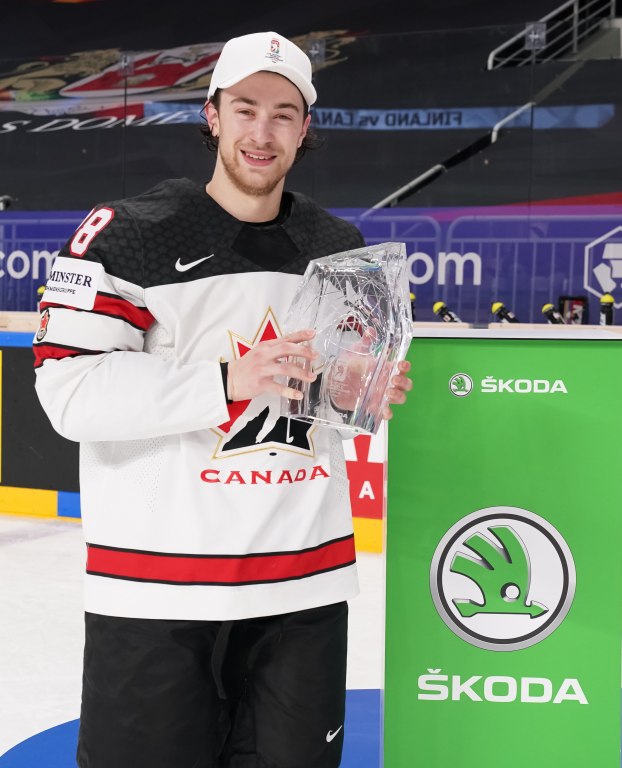 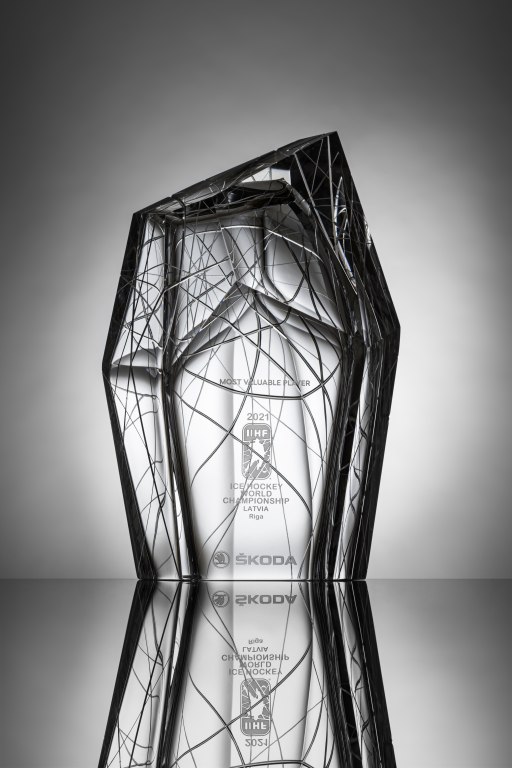 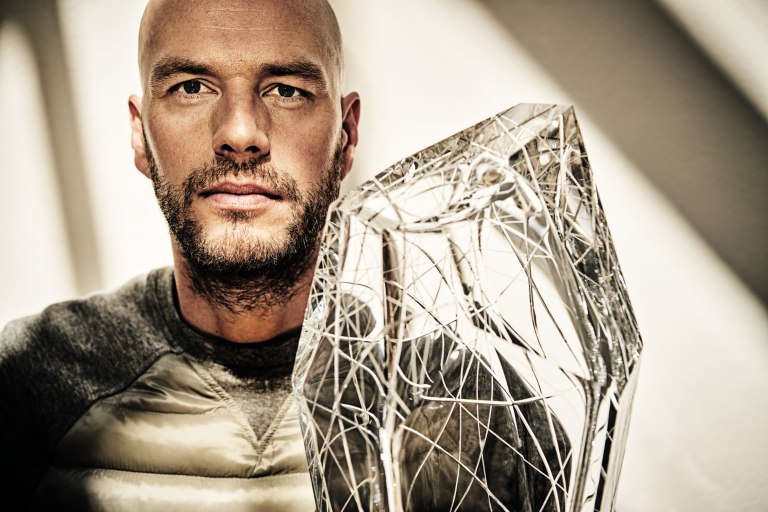