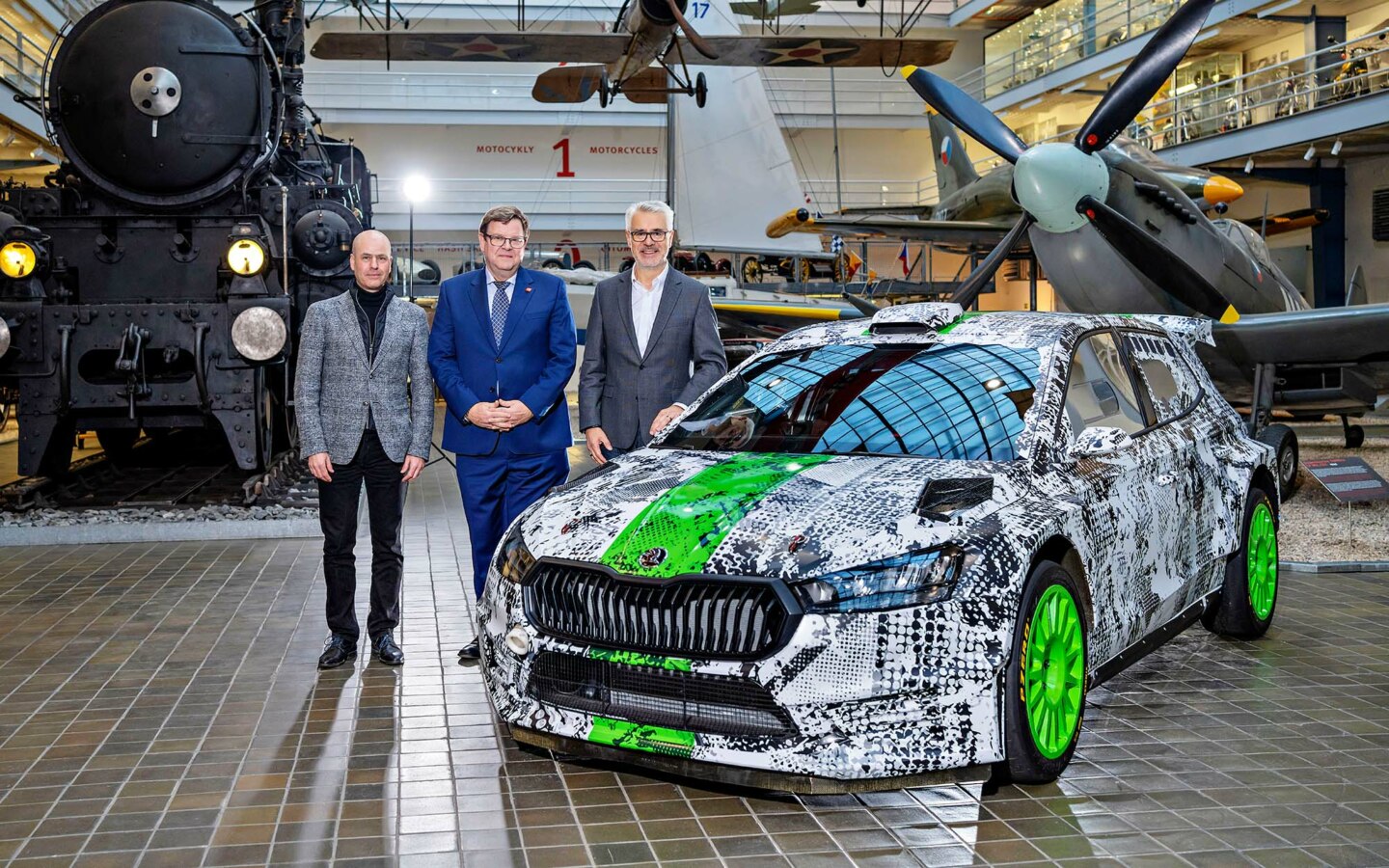 Mladá Boleslav, 5 January 2023 – Škoda Auto has officially presented one of two Škoda Fabia RS Rally2 prototypes to the National Technical Museum in Prague. The car, which is now on display, was developed for asphalt tracks. Commemorating more than 120 years of the Mladá Boleslav company’s motorsport achievements the L&K CCR motorcycle is also part of the exhibition. It served as the basis of the winning entry in the 1905 Dourdan championship. Furthermore, visitors can also have a look at the L&K RK/M open-top car that secured the victory for the famous Count Alexander “Saša” Kolowrat 110 years ago.

“The motorsport versions of the Škoda Fabia have been holding their own against the competition on international rally tracks with great success for decades. This shows in an impressive manner: Our company and the Czech Republic are known for great technical competence, outstanding manufacturing precision and maximum reliability in automotive industry worldwide. The current Fabia RS Rally2 has all the prerequisites to continue the success of its predecessor and to shape the long motorsport tradition of our brand in the years to come. I am delighted that we are today handing over one of two prototypes to the vehicle collection of the National Technical Museum, thus also maintaining our long-standing partnership with this special cultural institution.”

Michael Oeljeklaus, Škoda Auto Board Member for Production and Logistics

The Škoda Fabia Rally2 builds on the legacy of one of the world’s most successful rally vehicles of recent years. For its latest model, Škoda Motorsport developed a new engine, improved the handling, powertrain and electronics and further enhanced the safety of drivers and co-drivers. Extensive testing on asphalt, gravel and ice under various weather conditions has resulted in a rally car that is an ideal match for customer teams in their quest for victories and titles.

“The Škoda Fabia RS Rally2 is designed to perform at the highest level even under extreme operating conditions. Impressive features for visitors to the NTM include the extremely stable roll cage made from around 36 metres of high-strength steel tubing. The 18-inch alloy wheels are equipped with brake discs with optimised internal cooling. Other highlights also include the new chassis kinematics, the longer durability of the components, the improved functionality of the differential and the increased efficiency of the transmission.” 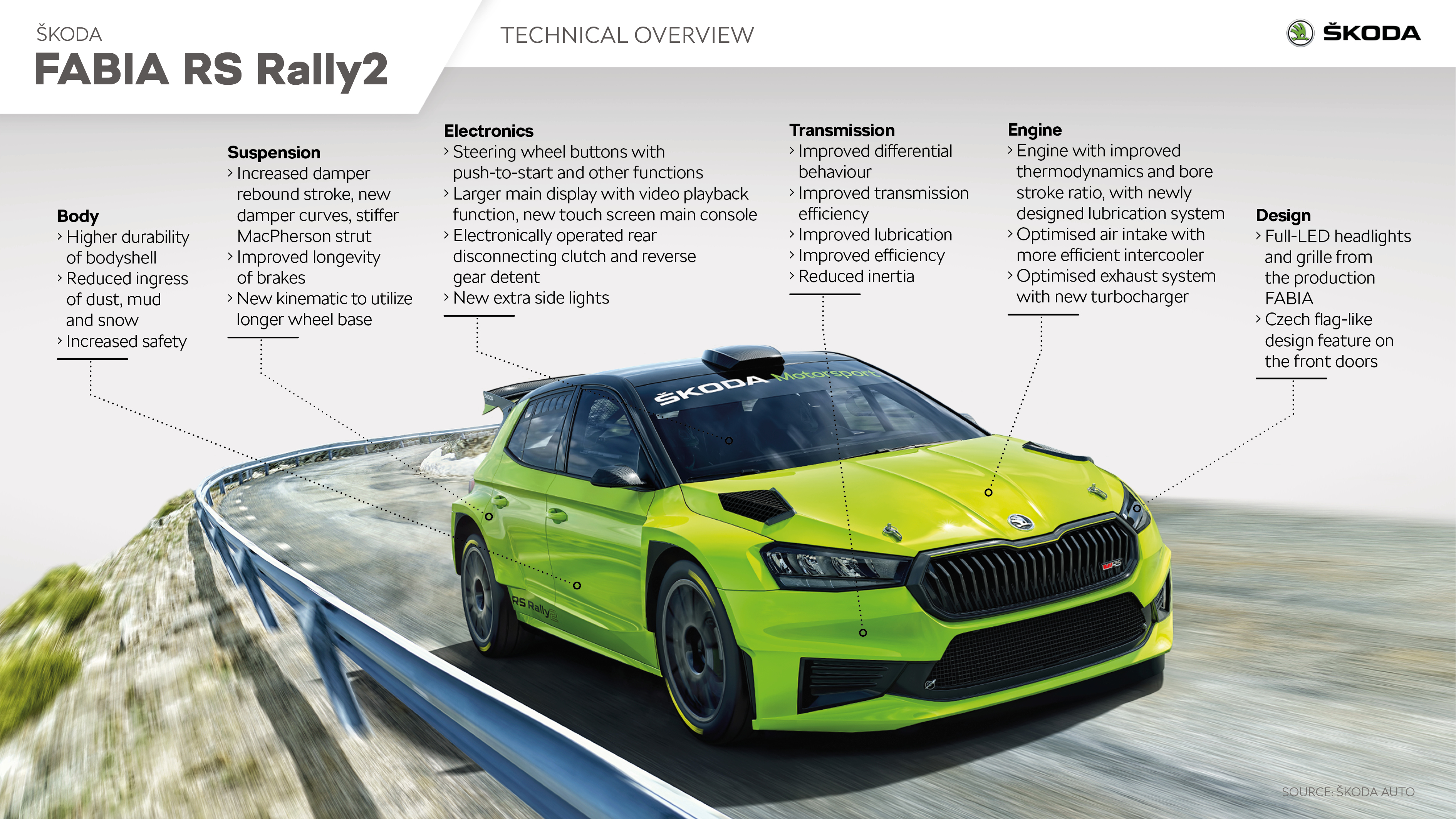 The Fabia RS Rally2 is powered by a turbocharged 1.6-litre four-cylinder engine. It is based on the 2.0 TSI engine from the EA888 family of petrol TSI powertrains also found under the bonnet of the current Škoda RS models. The current version has an output of approximately 214 kW (289 hp). Its maximum torque of 430 Nm is transmitted to all four wheels via an optimised sequential five-speed gearbox and differentials. The wider body and longer wheelbase improve the weight distribution.

“The Fabia RS Rally2 is another milestone in the long-standing successful cooperation between the National Technical Museum and Škoda Auto. Václav Klement, co-founder and visionary of the Mladá Boleslav company, laid the foundations of our collection in 1935 by donating the first three motorcycles. Among them was the sporty two‑cylinder Laurin & Klement (Slavia) CCR, from which a racing special was derived for Václav Vondřich, winner of the unofficial world championship in Dourdan, France, in 1905. The magnet of our permanent exhibition is also the large open car L&K RK/M, which helped Saša Kolowrat achieve many successes 110 years ago , or the racing Škoda 130 RS, the most successful post-war Czechoslovak sports car. Also very interesting is the Škoda F3 formula from 1966, which exceededs the speed of 200 km/h. This successful racing car, based on components of the serial Škoda 1000MB, was one of our most successful sports cars. It was donated to the National Technical Museum by Škoda in the early 1970s. The Škoda F3 formula car is currently in storage, but visitors can see the newly acquired Škoda Fabia RS Rally2 on display in the exhibition.” 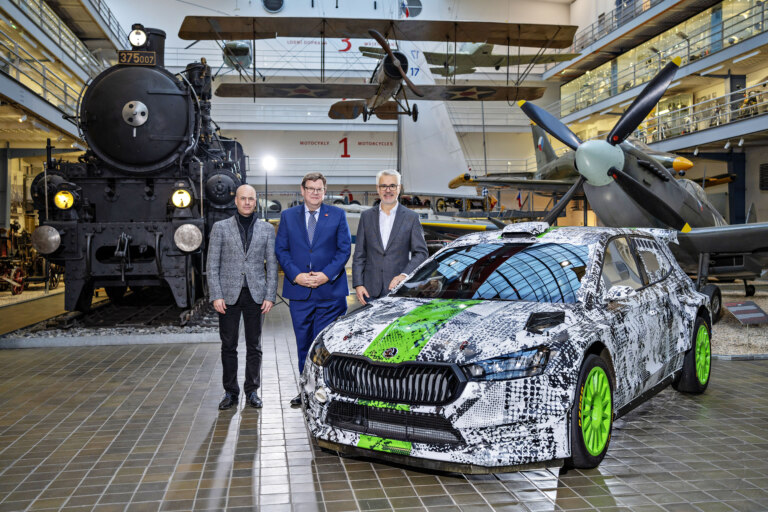 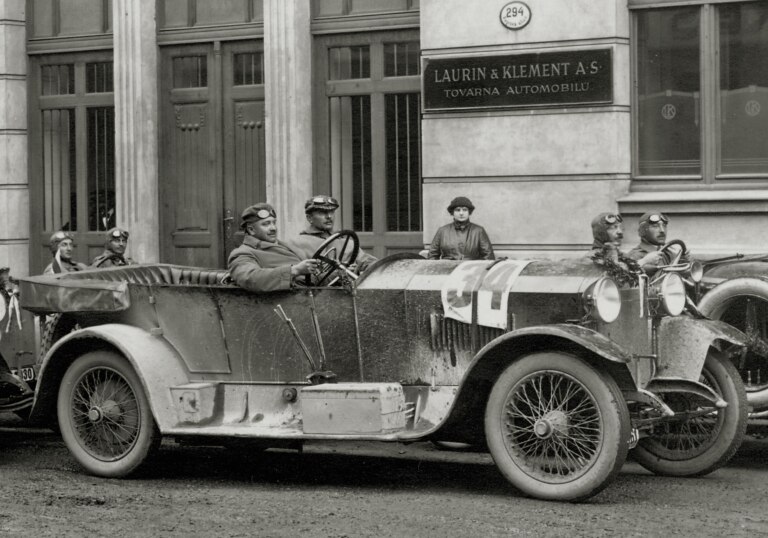 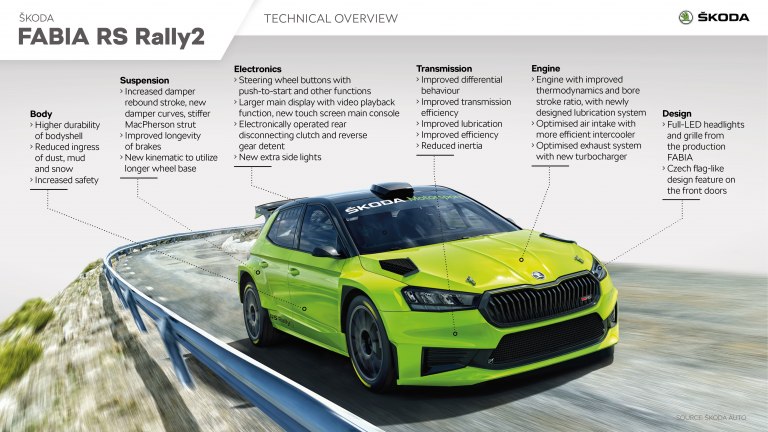