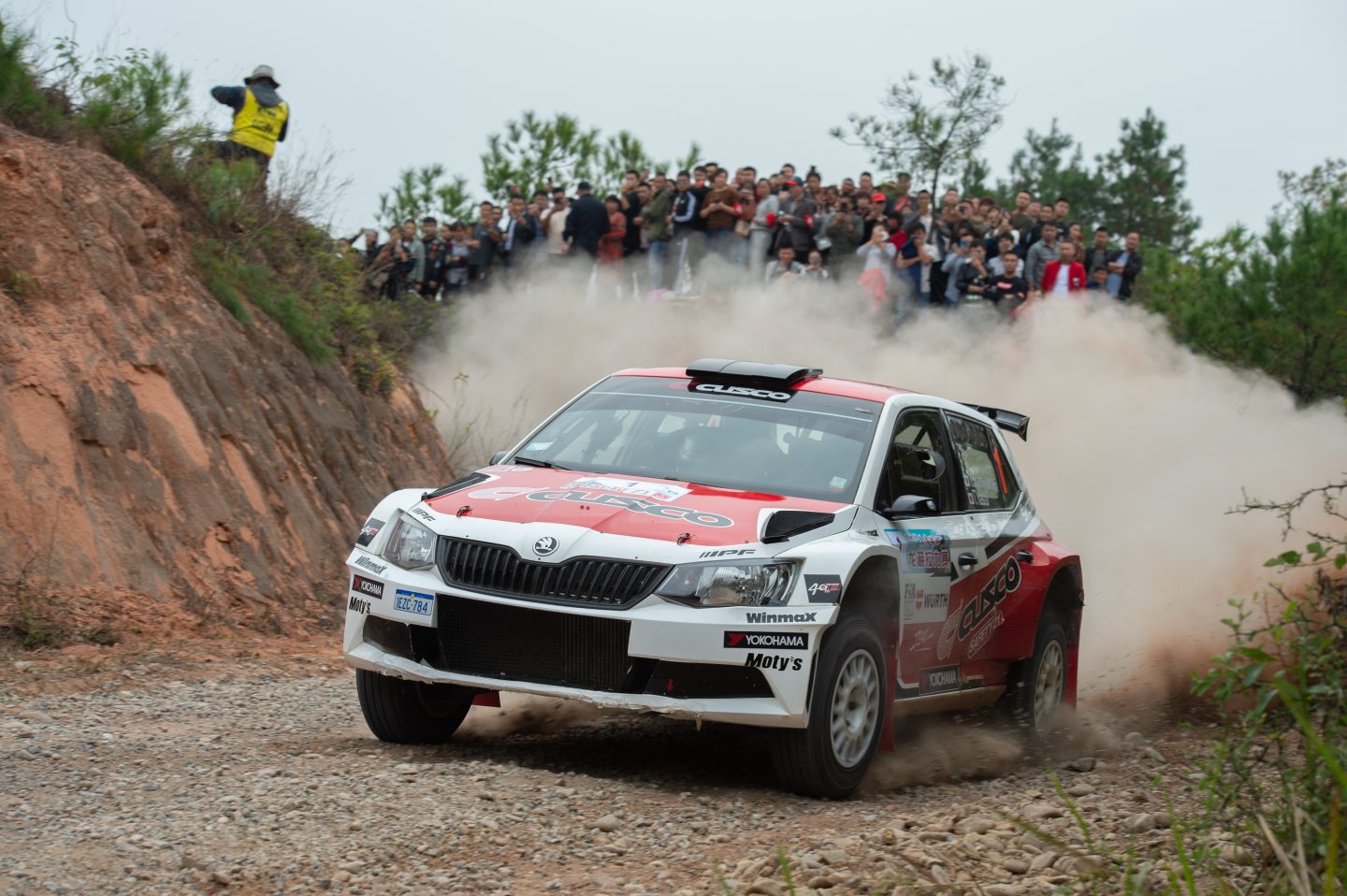 Longyou, 21 October 2018 – Scoring victories on all five rounds, the FIA Asia-Pacific Rally Championship (APRC) 2018 has a dominant winner – ŠKODA driver Yuya Sumiyama together with navigator Takahiro Yasui got maximum points at the last round of the series, China Rally Longyou (20 – 21 October 2018). Their Team Cusco’s achievements seamless continue the success, ŠKODA Motorsport factory supported teams celebrated during the past years in the Asia Pacific region (all results subject to official publication by the FIA). Celebrating an APRC hat trick from 2012 to 2014 with the normally aspirated ŠKODA FABIA S2000, the following years the Czech brand added four titles in a row with the turbo-powered ŠKODA FABIA R5, worldwide the most successful rally car of its category.

With a convincing performance Yuya Sumiyama, driving a Team Cusco entered ŠKODA FABIA R5, opened up an additional chapter of one of the most successful seasons for ŠKODA Motorsport.
“Congratulations to Yuya Sumiyama, Takahiro Yasui and all at Team Cusco for continuing ŠKODA’s winning streak in the FIA Asia-Pacific Rally Championship,” says ŠKODA Motorsport boss Michal Hrabánek and adds: “This new success again shows the strength of our customer program.” Actually Team Cusco in itself is special amongst the ŠKODA customer teams worldwide – right now its ŠKODA FABIA R5 is the first and only imported ŠKODA to Japan. As a reward Team Cusco won the FIA Asia-Pacific Championship Teams Award 2018.

Winning the 2018 APRC driver title is Yuya Sumiyama’s biggest success so far. Competing in rallies since 2002, the now 42 years old is one of the most experienced drivers from Japan. He already won the APRC-integrated Asia Cup in 2012 and 2014. In 2004 he celebrated his debut in the FIA World Rally Championship (WRC) when he competed at Rally Japan, at that time part of the WRC calendar. Since 2008 Sumiyama is part of Team Cusco, driving a ŠKODA FABIA R5 for the first time full season during the 2018 APRC.

Having scored already four victories this season, Yuya Sumiyama started the final round of the FIA Asia-Pacific Rally Championship (APRC), the China Rally Longyou, as the new champion. Nevertheless, he opened proceedings with the second fastest time in the first special stage. He was fastest of the APRC competitors ahead of the more powerful rally cars of the national Chinese Rally Championship’s own categories. But two stages later, the Team Cusco driver had to survive a heart-stopping moment: “I entered one corner a little bit too fast and hit something with the left rear side of my car,” Sumiyama confessed. His private entered ŠKODA FABIA R5 proved to be rock solid. And although the suspension was bent, he managed to return to service, where Team Cusco’s mechanics fixed the car. The time loss made him drop significantly in the general classification. But when his opponent for the APRC category win, New Zealand driver Mike Young, had to retire due to a broken engine, Sumiyama reached the finish line as APRC winner. On the podium in Longyou, the ŠKODA FABIA R5 driver, co-driver Takahiro Yasui and the whole Team Cusco were greeted by a cheering crowd, amongst them Dr. Ralf Hanschen, President ŠKODA China.

Final standings FIA APRC (after five rounds, one round cancelled)

Final standings FIA APRC Cup for Manufacturers (after five rounds, one round cancelled)

Number of the day: 7
ŠKODA won the seventh FIA Asia-Pacific Rally Championship manufacturer title in a row, the last four were achieved with the ŠKODA FABIA R5. 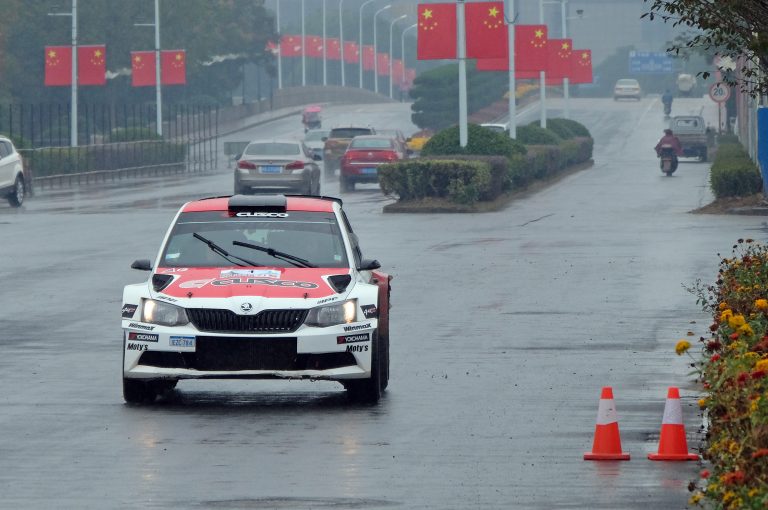 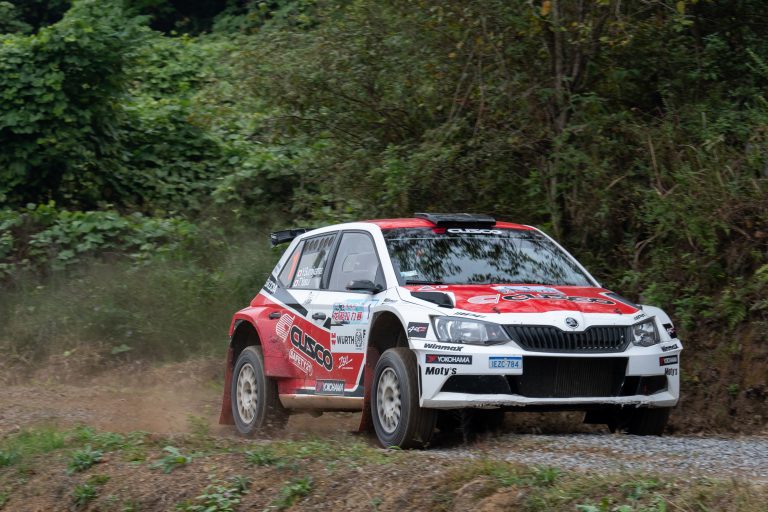 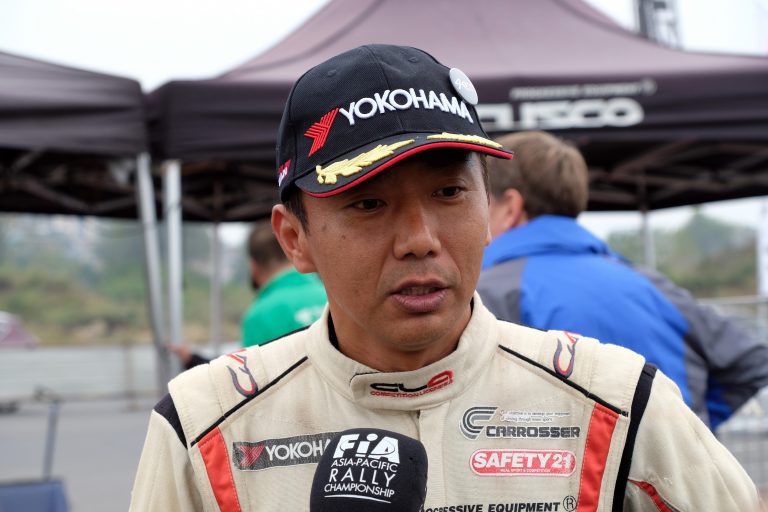 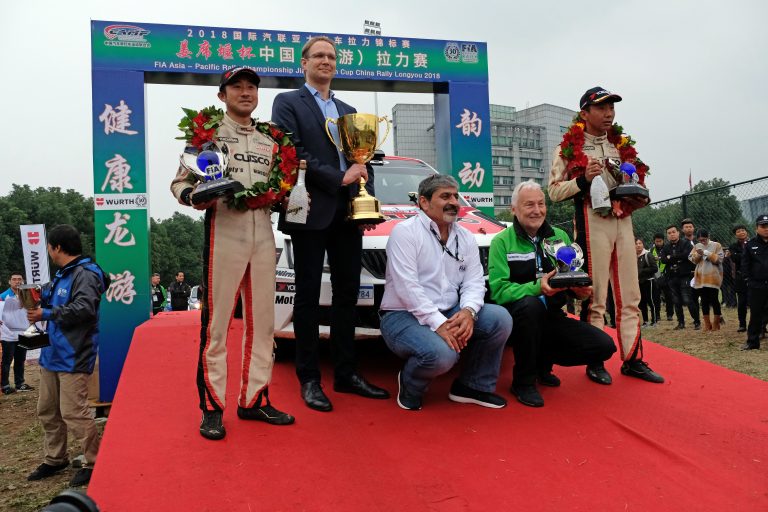 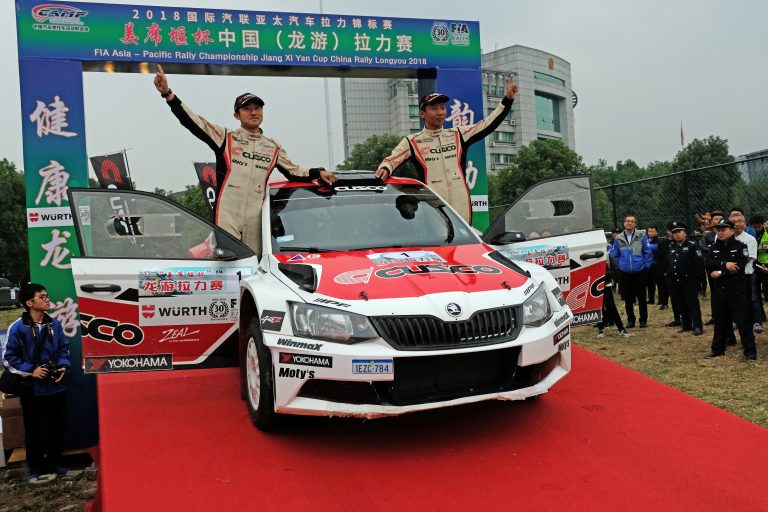 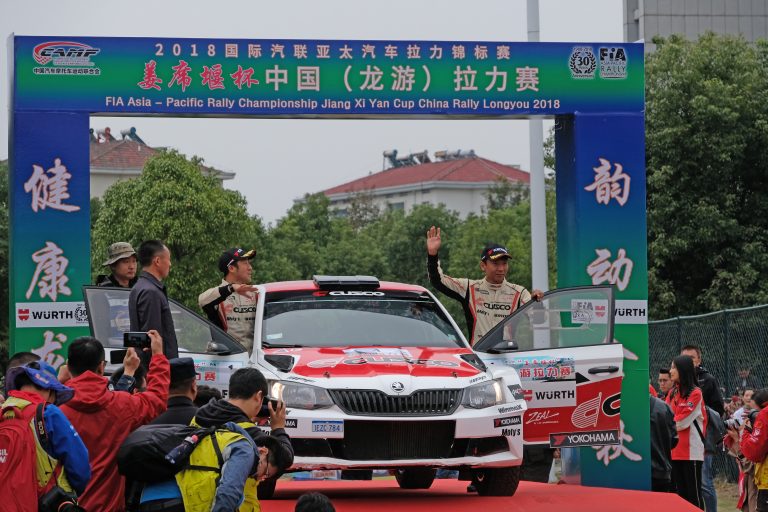 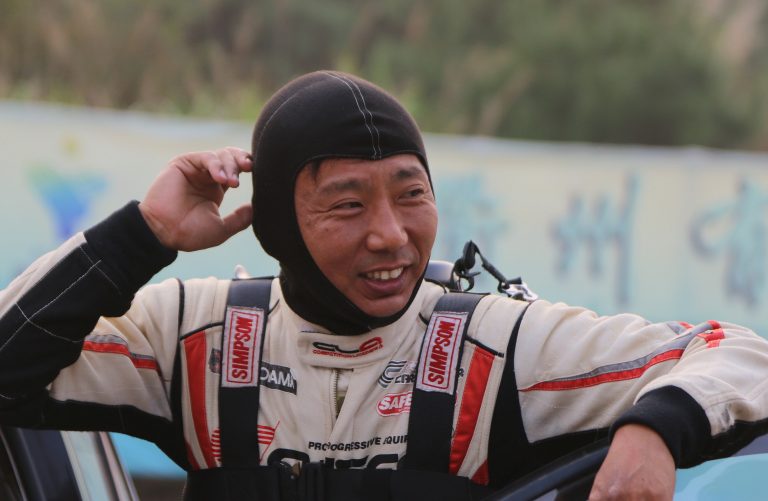 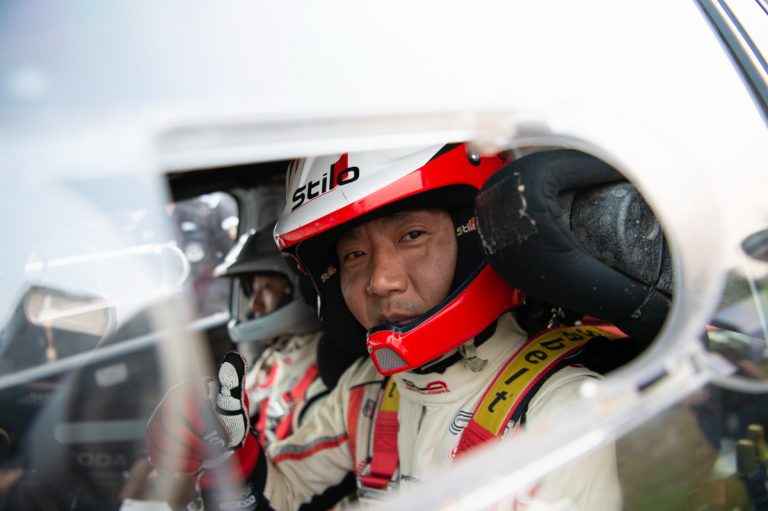 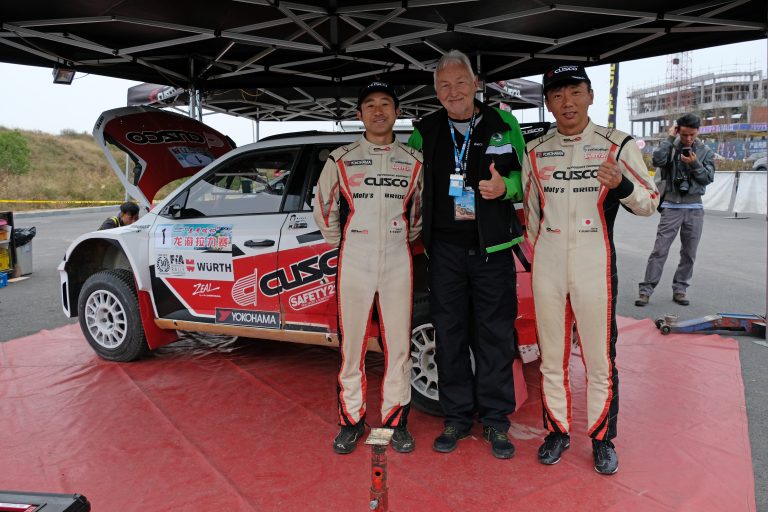 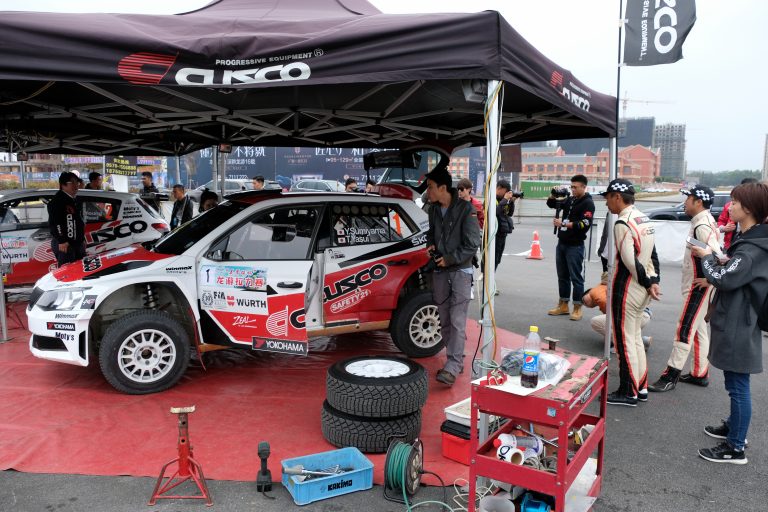 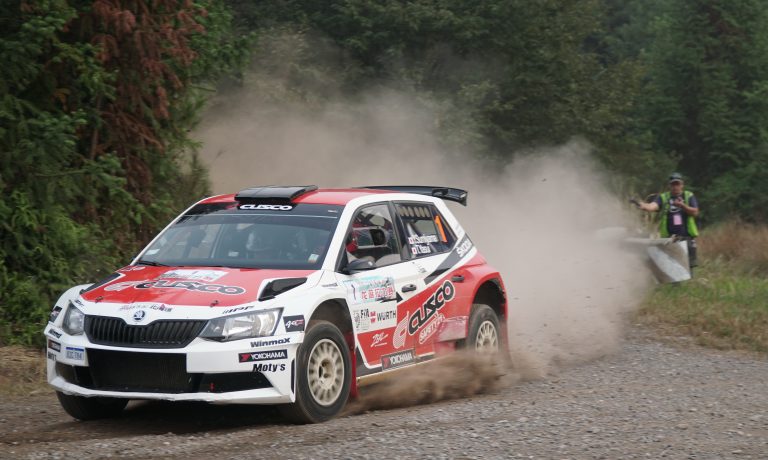