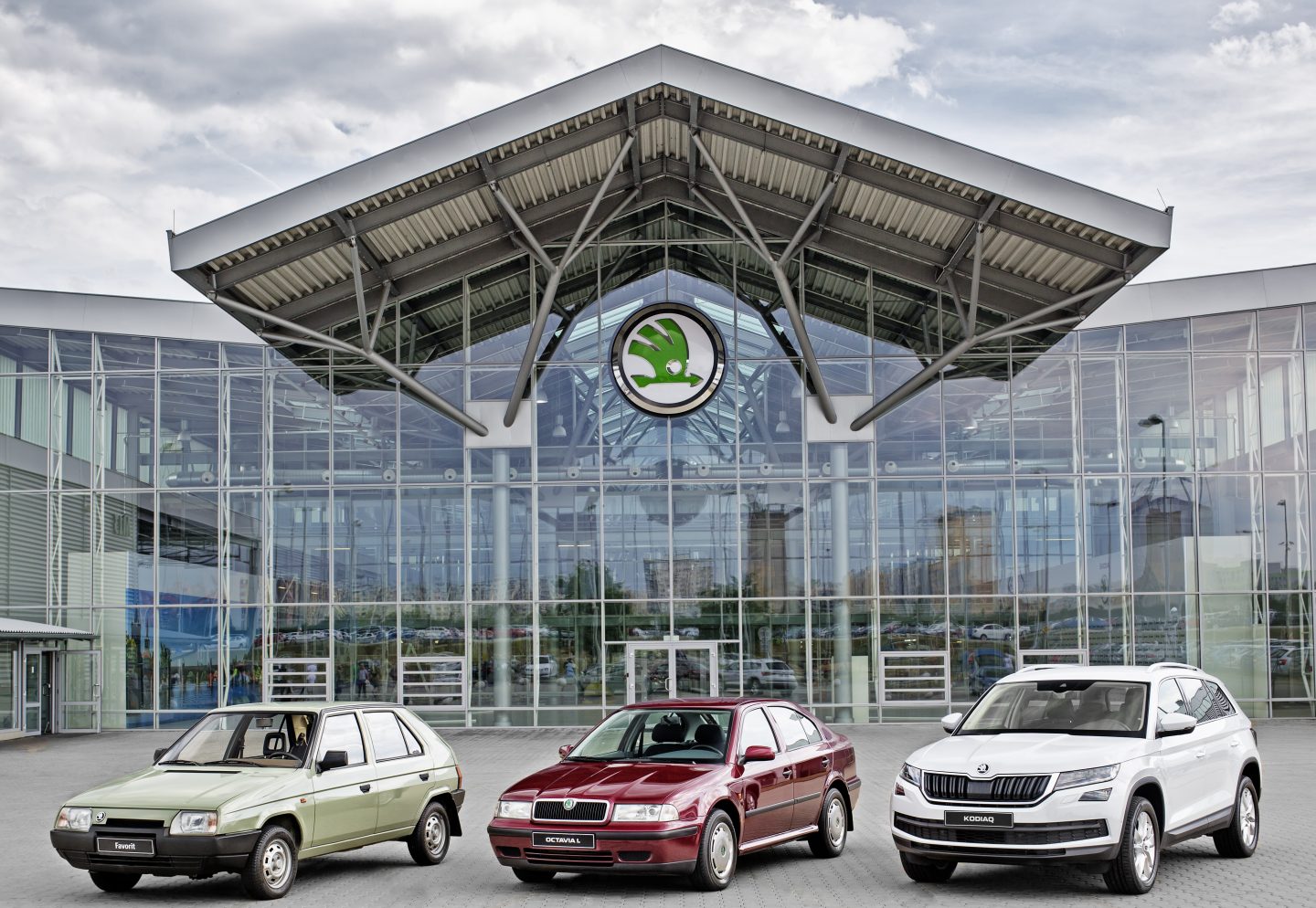 Mladá Boleslav, 22 June 2017 – ŠKODA is celebrating the production of its 15-millionth vehicle since the beginning of its partnership with Volkswagen. The two companies have thereby reached another milestone in their shared success story. Since being incorporated into the Volkswagen Group in 1991, ŠKODA has transformed from a regional operator into an established high-volume manufacturer that is represented in over 100 markets across the world. Last year, the car manufacturer achieved a new sales record with 1,126,500 deliveries.

“ŠKODA has developed very dynamically as part of Volkswagen Group,” said ŠKODA CEO Bernhard Maier, adding, “With globally successful products and a motivated team, we continue along our path to growth. Strategy 2025 describes the major process of change, through which we are preparing the company for the future – most notably with the expansion of our SUV campaign, the digitalisation of our products, processes and production, as well as by turning our attention to electromobility.”

ŠKODA Board Member for Production and Logistics Michael Oeljeklaus added, “The fact that 15 million ŠKODA cars have been produced since the beginning of our partnership with Volkswagen Group emphasises the high level of production quality at our Czech and international sites as well as the expertise of our staff. Thanks to its model range and also its modern production facilities, the long-established ŠKODA brand stands for state-of-the-art technology and efficiency.”

In the past 25 years, ŠKODA has written an exemplary success story and has developed into an established high-volume manufacturer. After a fresh start under the umbrella of Volkswagen Group in 1991, the Czech brand initially offered one model range and sold 170,000 cars per year. In 2016, the manufacturer achieved a new record figure with 1,126,500 deliveries being made worldwide. After the first five months of this year, ŠKODA is once again on course for record sales, having delivered 480,000 cars so far.

With seven model ranges and over 40 model variants, ŠKODA is now represented in all important segments. The brand’s extensive SUV campaign began with the launch of the new ŠKODA KODIAQ in February 2017. This is being continued with the KAROQ compact SUV, whose production will begin shortly. With a total of 5.6 million cars, the ŠKODA OCTAVIA represents the largest proportion of the 15 million cars that have been produced since the merger with Volkswagen, followed by the small car, ŠKODA FABIA, with four million and the ŠKODA SUPERB with just over one million.

As it has grown, the company has been cultivating an international and efficient production network. In its home country of the Czech Republic, besides its main plant in Mladá Boleslav, the manufacturer also operates production plants in Kvasiny and Vrchlabí. In addition, ŠKODA cars are rolling off the production line at Volkswagen Group plants in China, India, Russia and Slovakia.

The consistent expansion of the model range and development of the brand’s innovation culture as well as improvement in production capacity are important components of ŠKODA’s 2025 strategy. With this strategy, the car manufacturer is preparing for progressive and profound change within society and the industry. In this context, the company will – over the coming years – once again significantly intensify its focus on the topics of digitalisation, electrification and internationalisation, and will provide modern solutions for the mobility of the future.

ŠKODA produces its 15-millionth vehicle since merging with Volkswagen