Mladá Boleslav, 30 January 2015 – ŠKODA has produced their 17 millionth vehicle. The jubilee car – a ŠKODA Rapid Spaceback in ‚Corrida Red’ – ran off the production line at the ŠKODA headquarters in Mladá Boleslav. The vehicle is going to a customer in Germany. This production milestone is a highlight of the Czech carmaker’s successful growth strategy. In 2014 ŠKODA manufactured and sold more than 1 million cars for the first time during a single year in the company’s 120-year history. Over the coming years, ŠKODA plans to increase sales to at least 1.5 million per year.

“ŠKODA is doing extremely well,” says ŠKODA CEO Prof. Dr. h.c. Winfried Vahland. “Producing 17 million vehicles since 1905 demonstrates the brand’s strength and sustained success. Since 1991, when ŠKODA joined forces with Volkswagen, we have manufactured more than 12 million cars. Now, we can definitely say we are established in the ‘Champions League’ of international volume manufacturers. ŠKODA will continue to grow over the coming years with new models.”

ŠKODA is one of the longest-established vehicle manufacturing companies in the world. Automobile production began in 1905: In that year, the ŠKODA founders Laurin and Klement built their first automobile in Mladá Boleslav, a Voiturette A. Since then, the company has produced 17 million vehicles at their Czech and international plants.

ŠKODA has made incredible progress especially since joining the Volkswagen Group in 1991. The rapid resurgence of the legendary automobile brand has indeed been impressive – from the company’s roots in the heart of Europe to an internationally successful manufacturer with currently seven model series and over 40 model variants. In 2014 ŠKODA achieved the magic threshold of producing and selling one million vehicles in a single year for the first time in the company’s history. Global sales in 2014 reached a new record of 1.04 million vehicles delivered.

“We are not going to become complacent; we are picking up the pace,” says Prof. Vahland. Over the coming years, the company plans to increase annual car sales to at least 1.5 million. The main driving force behind the growth strategy is ŠKODA’s most comprehensive model campaign of all time. Since 2011, the brand’s model range has been comprehensively renewed and has expanded into important segments. The most recent addition is the new ŠKODA Fabia that has been setting standards in the small car class since its launch a few months ago. As early as mid-February, ŠKODA will be introducing the new ŠKODA Superb. ŠKODA’s completely redeveloped flagship heralds in a new era for the brand and is and will be the best ŠKODA ever. The market launch is set for early June this year.

The manufacturer has implemented their growth strategy not only in Europe but also in the international growth markets. The Chinese market, in particular, is playing a key role. In 2014 China was once again ŠKODA strongest individual market with a 27% share of total sales.

The company’s international orientation is also demonstrated in their global production network, which has expanded significantly over recent years. ŠKODA vehicles are currently produced at 13 production locations in the Czech Republic, China, Russia, India, Slovakia, Kazakhstan and Ukraine. Over the coming years, the Czech carmaker plans to increase their production capacities further. 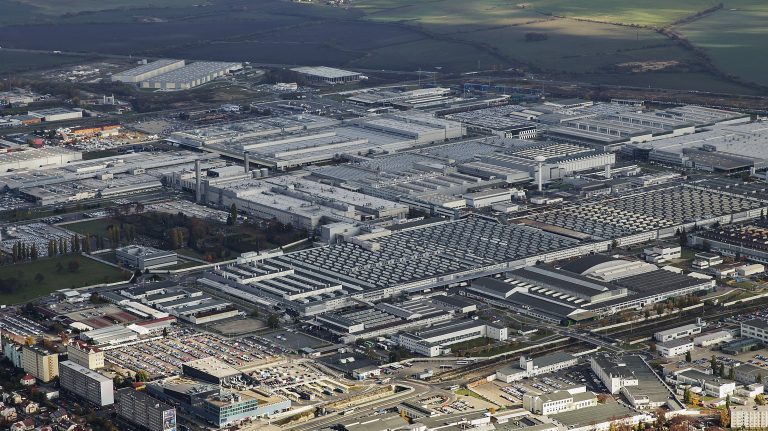