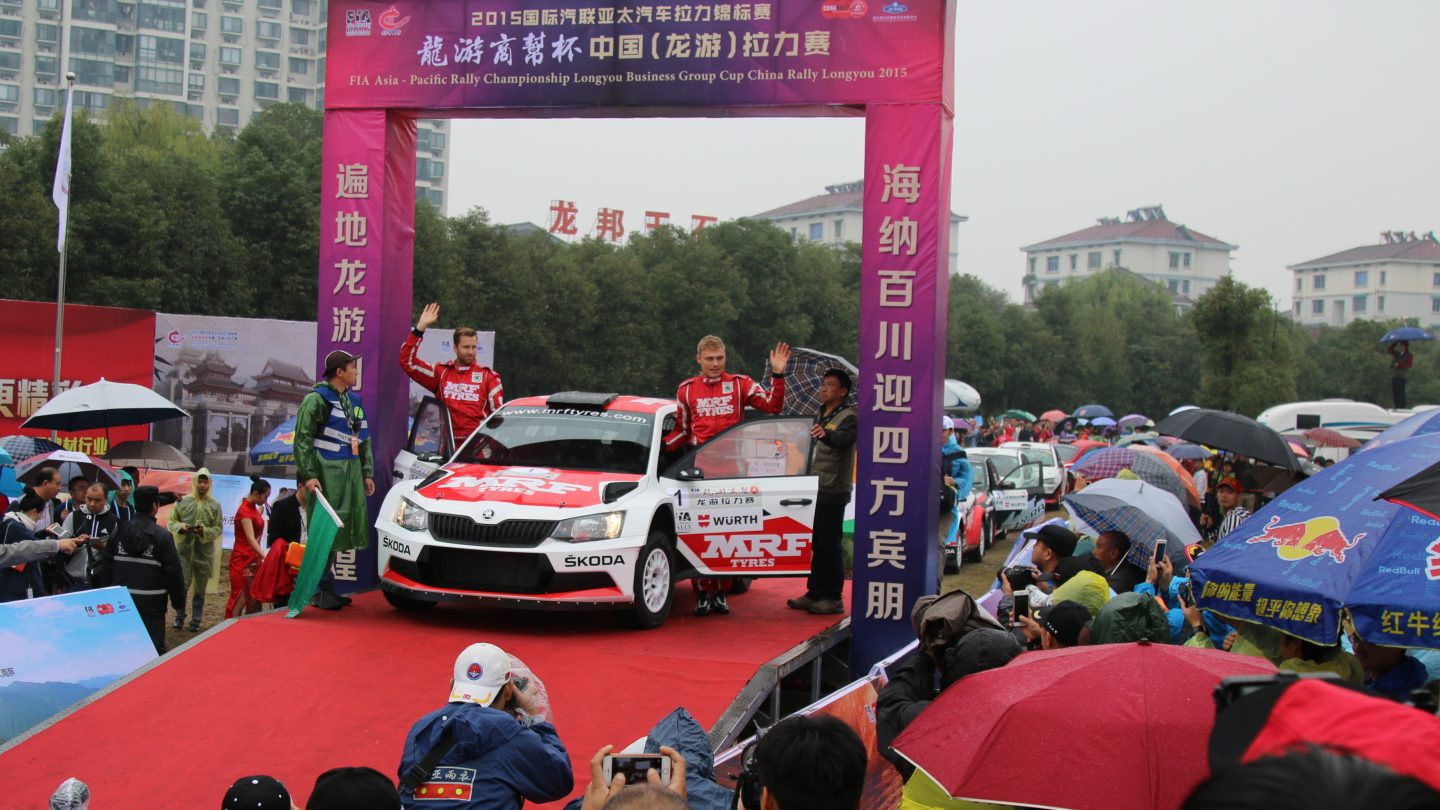 › Pontus Tidemand/Emil Axelsson win all 13 stages at the China Rally Longyou and drive to a commanding victory› Thousands of fans cheer the new ŠKODA Fabia R5 at the season finale of the FIA Asia-Pacific Rally Championship (APRC)
› ŠKODA wins title treble in the prestigious continental championship for the fourth time in a row
› Michal Hrabánek: “The perfect finale to a great motorsport season for ŠKODA”

Longyou/China, 1 November 2015 – The new ŠKODA Fabia R5 celebrated a triumphant debut in China, the most important market in the world. Thousands of delighted fans celebrated ŠKODA works duo Pontus Tidemand/Emil Axelsson’s (S/S) commanding win in the new rally car at the China Rally Longyou. With best times on all 13 stages, the ŠKODA Fabia R5 showed its enormous potential at the season highlight in the FIA Asia-Pacific Rally Championship (APRC) – and that was despite the most adverse of track conditions. With a perfect record of six wins in all six races of the season, ŠKODA celebrates the title treble* in the prestigious continental championship. 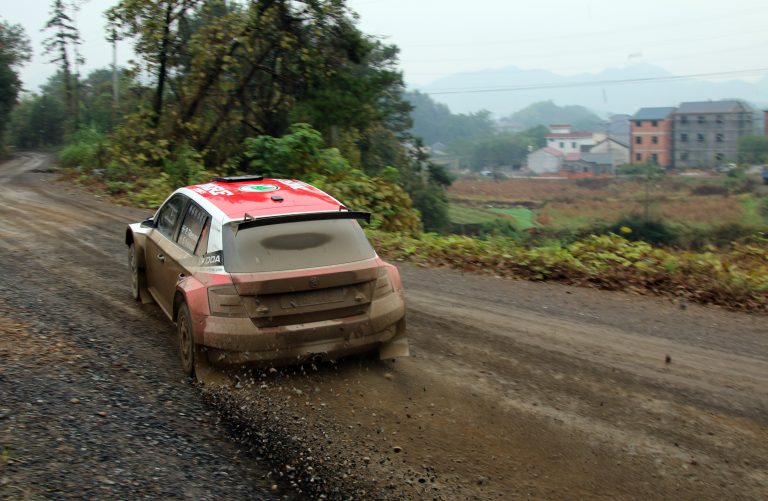 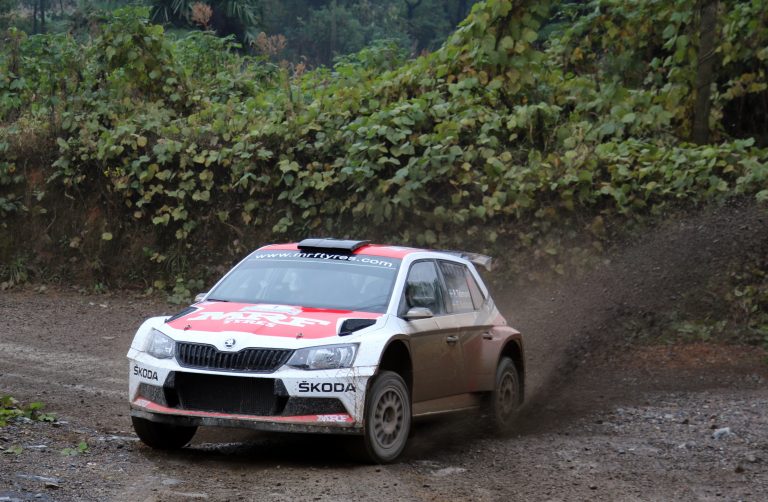 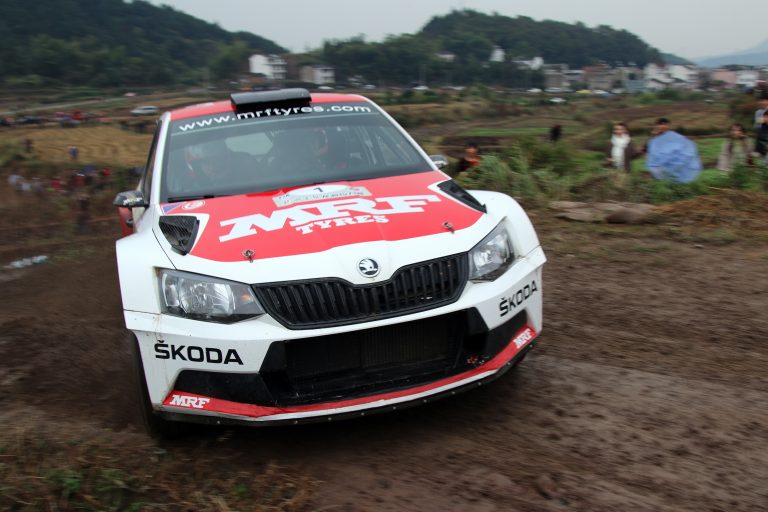 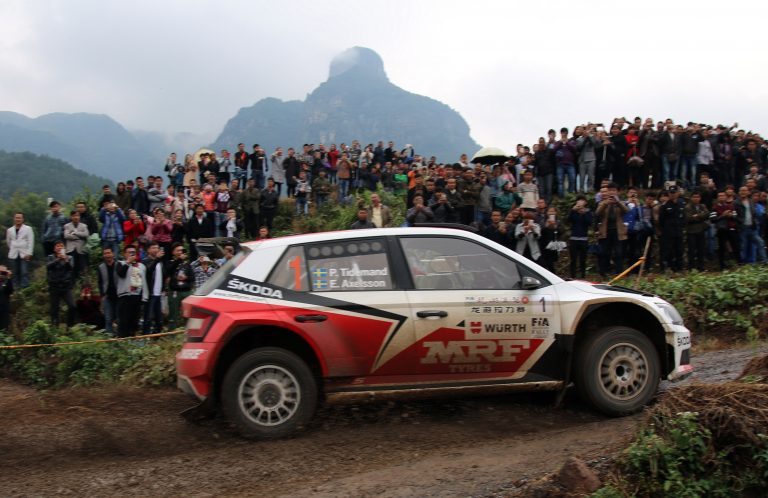 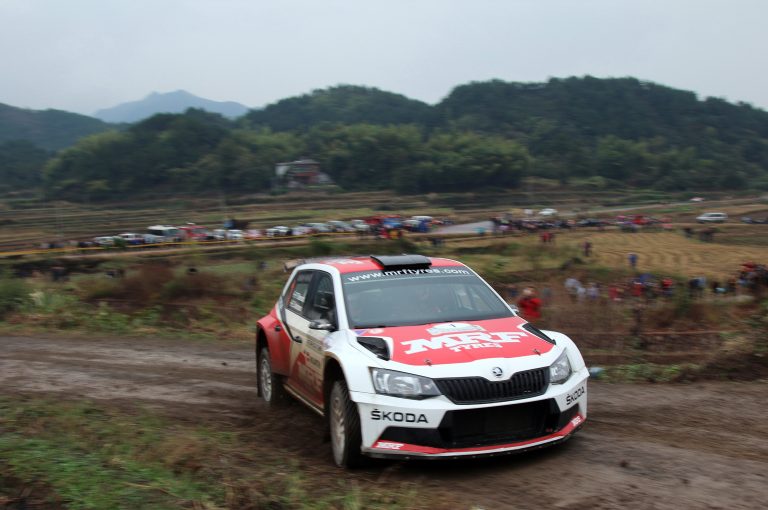 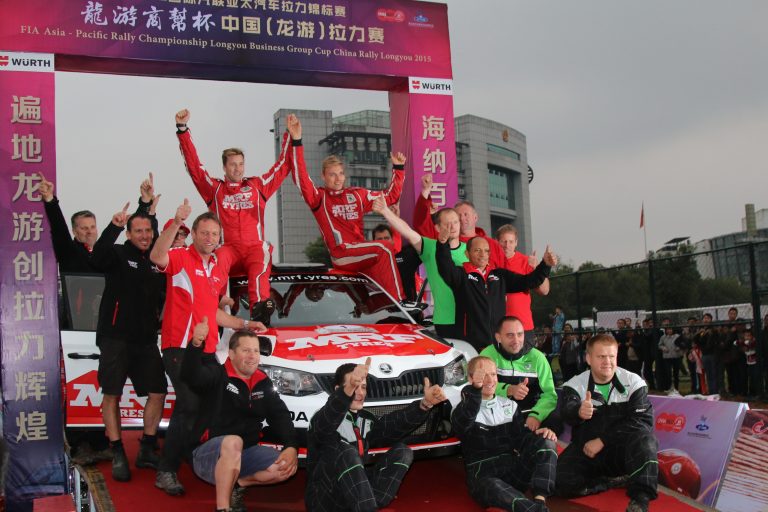 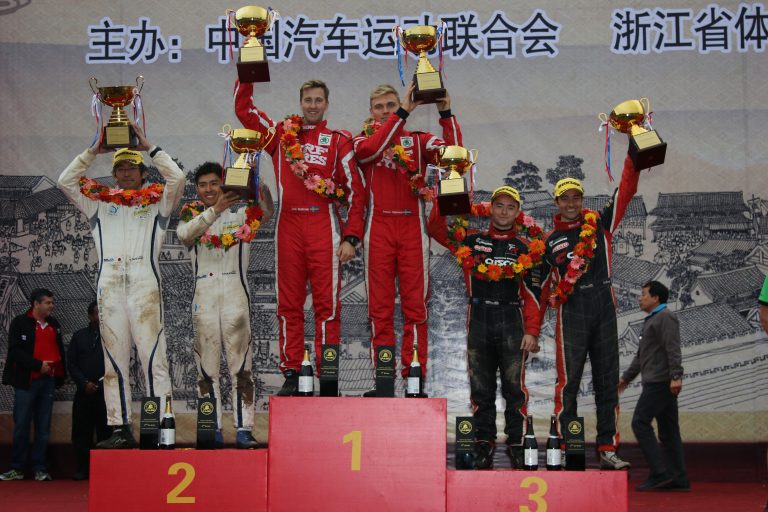 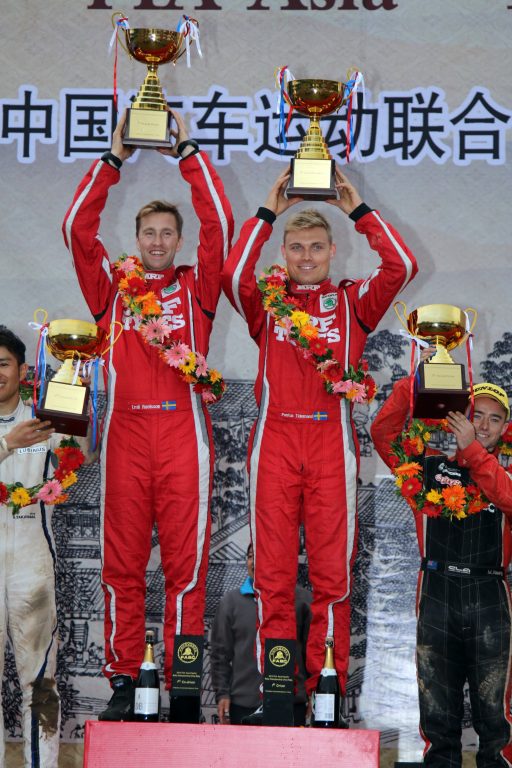 “It’s the perfect finale to a great motorsport season for ŠKODA! This win in the core market of China emphasises once again what a fast and reliable rally car our team has built in the ŠKODA Fabia R5. The fourth consecutive title win in the most important continental championship to us, four wins in the World Rally Championship WRC 2 and four national titles – that is a fantastic record for the first year with the Fabia R5. It’s the reward for the great work of each and every employee in the ŠKODA Motorsport racing family,” said ŠKODA Motorsport Director Michal Hrabánek. “I am particularly pleased that we were able to be such a convincing advertisement for ŠKODA in China, our most important market in the world. So special thanks go to Pontus Tidemand and Emil Axelsson, who crowned their strong first year at ŠKODA with victory in China and winning the title in the APRC.”

Indeed, a focussed performance saw the ŠKODA works duo clinch their second important victory within a week. Last Sunday, the two Scandinavians celebrated their first win for ŠKODA in the FIA World Rally Championship (WRC 2) at the Rally Spain. After successfully mastering 10,000 kilometres in the air and a time difference of seven hours, they didn’t let their rivals get a look in at the rainy China Rally Longyou either. Tidemand/Axelsson drove to victory in their red ŠKODA Fabia R5 on approximately 230 kilometres of muddy gravel tracks and slippery concrete streets as if they were on rails. Many other drivers failed to make it to the finishing ramp at the Rongchang Plaza around 400 kilometres away from the metropolis of Shanghai. Tidemand’s ŠKODA-MRF team-mate Gaurav Gill (IND) was one of the drivers forced to retire on Saturday.

“This rally demanded everything from us once again and showed what a fantastic tool we have in our ŠKODA Fabia R5. The many spectators here in China were fascinated by this car!,” said Tidemand delighted with the perfect end to the season. “Two such important wins in Spain and China within a week – Emil and I didn’t dare dream of that. Winning the title in the APRC is our highlight in a fantastic first year at ŠKODA. Thanks to the whole team.”

Works driver Pontus Tidemand and his navigator Emil Axelsson are to be crowned champions* in the drivers’ and co-drivers’ standings of the APRC. ŠKODA will also be honoured as winners of the manufacturers’ standings of the APRC* for the fourth time in a row. The ŠKODA Fabia R5, presented to the world for the first time in mid April, is another winning car. In addition to the title treble in the APRC, there were eleven podium positions, including four wins, in seven starts in the FIA World Rally Championship (WRC 2). Four national championships have also already been won in the new turbo four-wheel drive in 2015. With five wins in a row in the Czech championship, Jan Kopecký (CZ) clinched the title win before the end of the season. In Austria, veteran Raimund Baumschlager (A) won the national championship with the Fabia R5. In Hungary, Norbert Herczig (H) was crowned national rally champion in the Fabia R5. “Fast” Freddy Loix (B) was also victorious in the championship in his home country of Belgium.

* Subject to the official publication of the results by the FIA.

Number of the day for the China Rally Longyou: 4

With Pontus Tidemand, ŠKODA celebrates its fourth title win in a row in the drivers’ standings of the FIA Asia-Pacific Rally Championship (APRC). The winning streak began in 2012 with the victory of Australian Chris Atkinson. India’s Gaurav Gill won the title in 2013, before Jan Kopecký (CZ) became the first driver in history to become European Champion and Asia-Pacific Champion in consecutive years last year. In the new Fabia R5, Tidemand got ŠKODA’s third win in a row at the China Rally Longyou. Esapekka Lappi (FIN) won in 2013, and Jan Kopecký was victorious last year on the way to his title win.