ŠKODA is a global carmaker and manufactures in many countries around the world. In some of them it offers specific models that are tailored to the needs of local customers. Let’s get to know them!

In addition to specific equipment or special models, ŠKODA also offers models in various markets around the world that are designed exclusively for local customers. The cars are tailored to the demands of local drivers and market needs, which is usually the main reason why they are not offered elsewhere. Customers in China have the widest choice of localised models. This is followed by India, where ŠKODA is at the forefront of Volkswagen Group’s planned expansion.

The latest addition to ŠKODA’s model range for the Chinese market is the OCTAVIA PRO. This version reflects Chinese customers’ taste for rear seat space: the more there is, the more the Chinese like the car. That’s why the new car has been given a 44-millimetre wheelbase extension and a 64-millimetre longer body, which additionally has a slightly more dynamic overall appearance: the car has been endowed with bumpers in the style of the sporty OCTAVIA RS. Under the bonnet of the OCTAVIA PRO is a 110 kW 1.4 TSI engine combined exclusively with a seven-position DSG automatic transmission. Of course, the car is equipped with the latest assistance systems as well as a connectivity system, which are an absolute must for the Chinese customer. 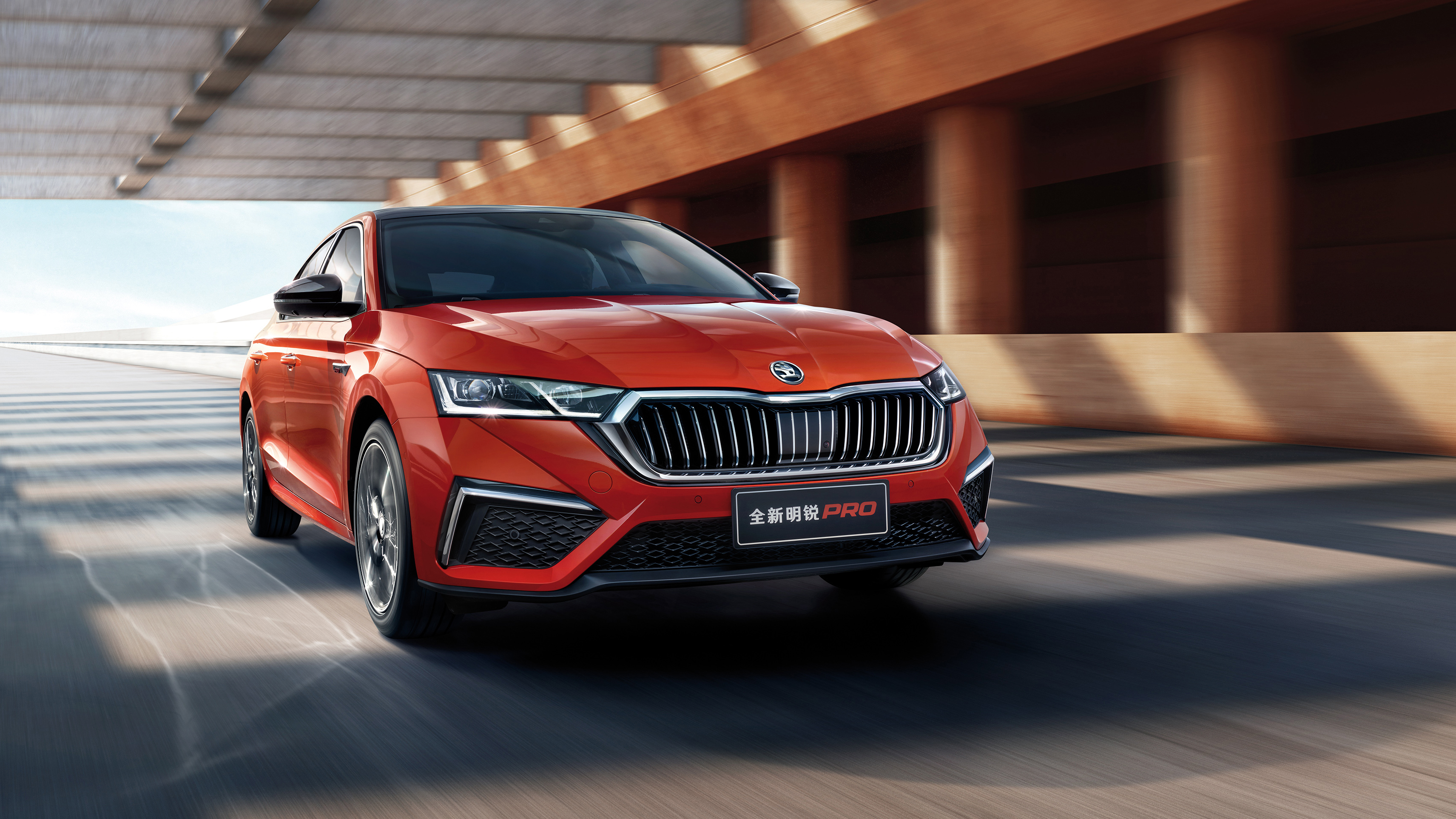 The version of the KAROQ sold in China also comes in an extended version. Like the OCTAVIA, it is made at the Ningbo factory and has a wheelbase 50 millimetres longer than the standard version. Customers in China can only buy these extended versions of the popular compact models. 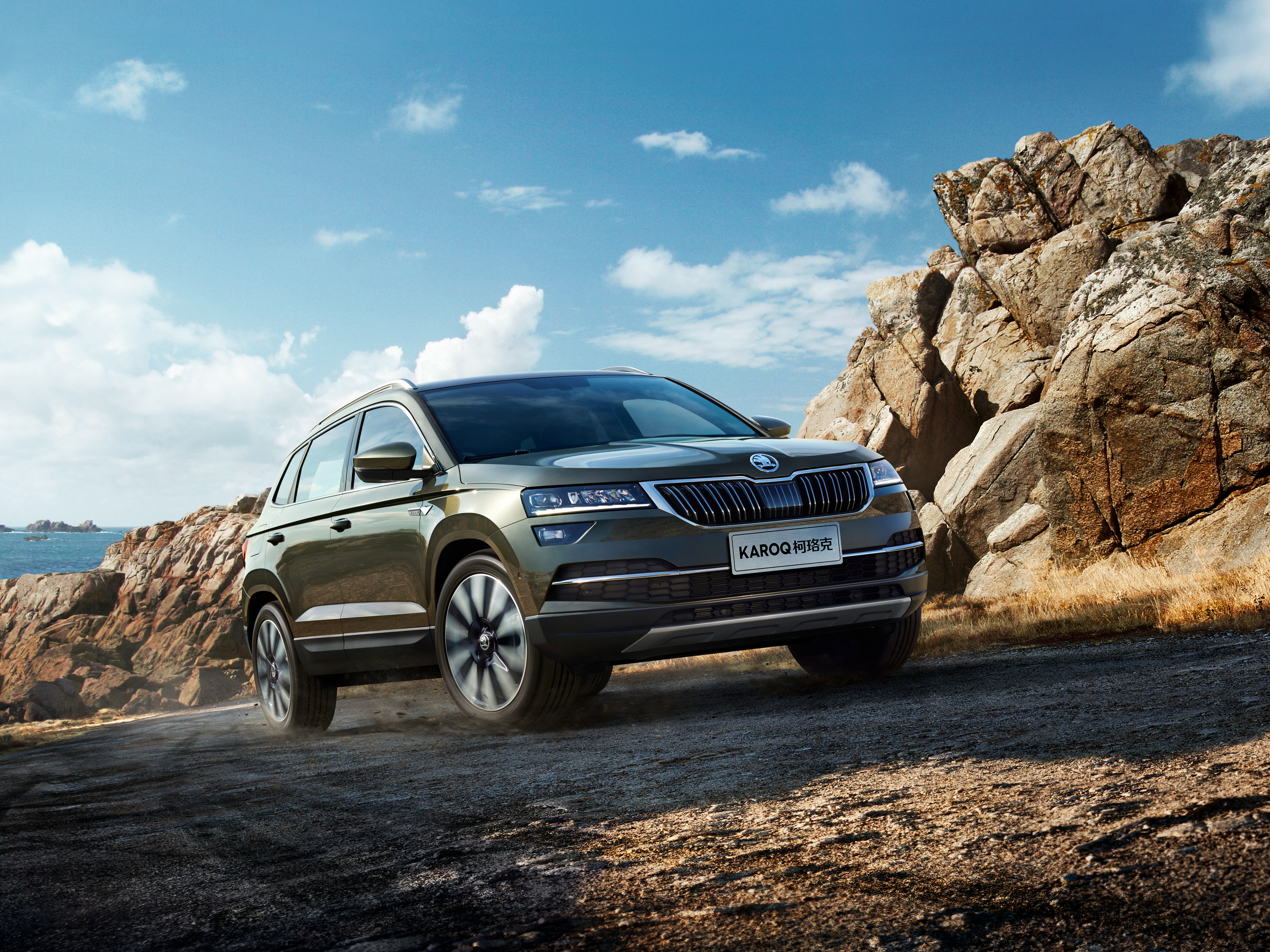 ŠKODA’s whole SUV range for the Chinese market is very specific, with virtually every model known in Europe having its own version. This also applies to the smallest SUV in the range, the KAMIQ, which has a different technical basis in China compared to the one known in Europe and also differs in design. With a wheelbase of 2,610 millimetres and a length of 4,390 millimetres, the Chinese KAMIQ is about 15 centimetres longer than the European one. But that’s not the only difference: the infotainment system is also tailored to the local public, with the touchscreen integrated into the dashboard instead of a freestanding panel. 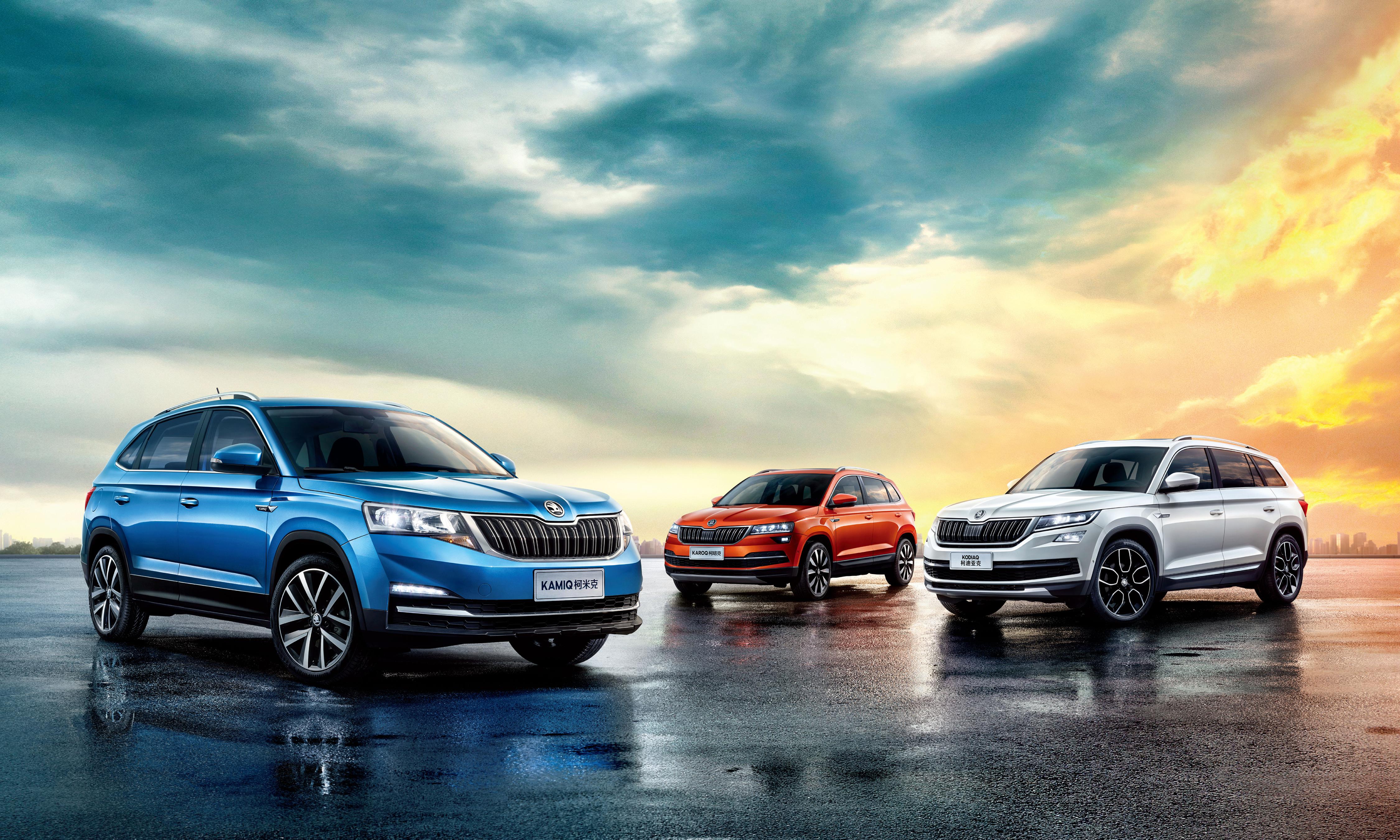 The KAMIQ is ŠKODA’s entry-level SUV in China, but customers there can also buy a more dynamic version: the KAMIQ GT. This is ŠKODA’s second coupé, and it offers customers an attractive design created in collaboration between ŠKODA Design in the Czech Republic and SAIC Volkswagen in China. 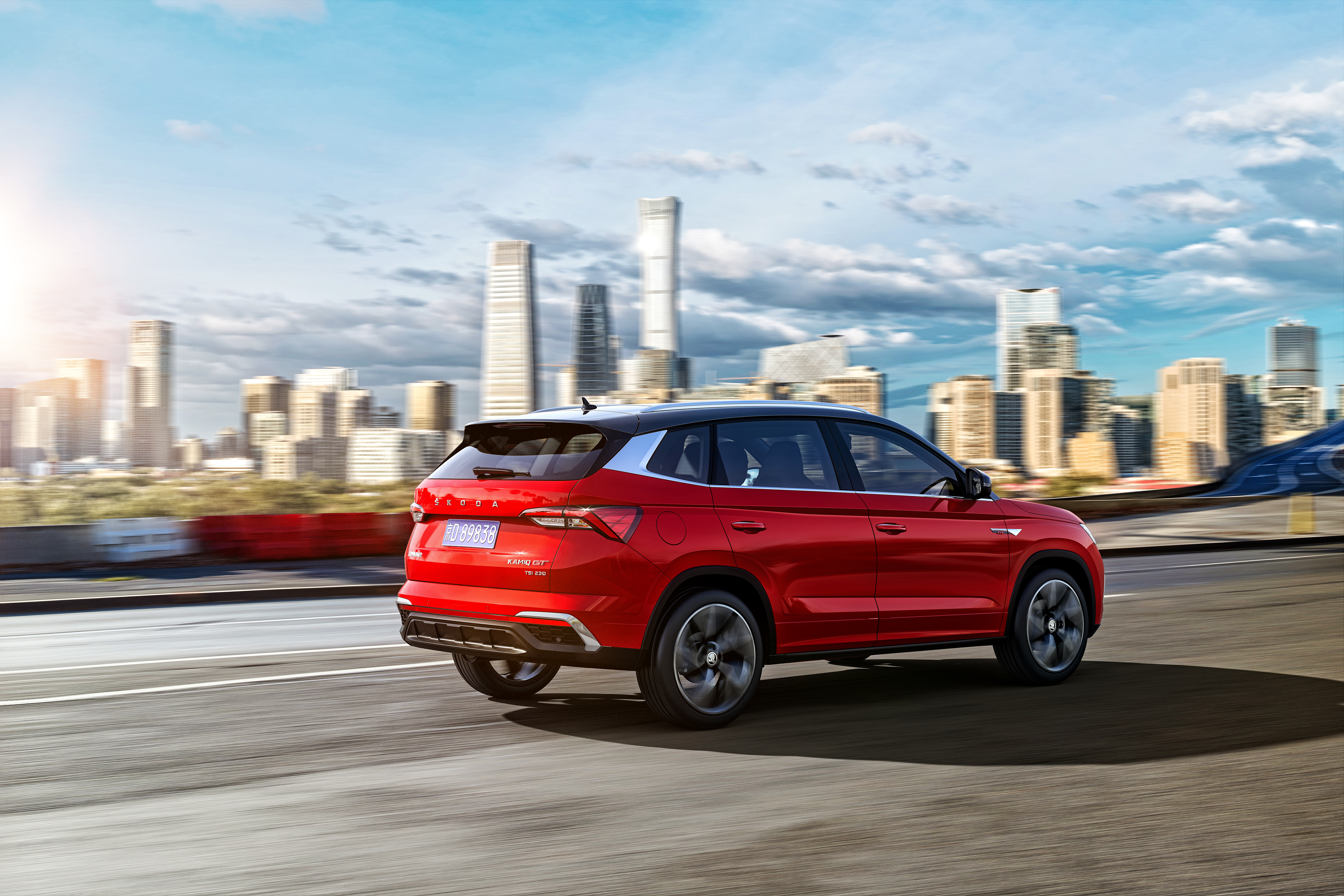 The ŠKODA KODIAQ SUV is also available in China, but customers there can also opt for the KODIAQ GT, ŠKODA’s first ever coupé-style SUV. This version has a distinctly swooping rear window line and generally more dynamic looks compared to the regular version. The car appeals to lifestyle-oriented customers while still offering the practicality and versatility ŠKODA cars are renowned for. The model’s more dynamic looks are matched by the available range of engines, with the basic 1.4 TSI four-cylinder engine delivering 110 kW, followed by 2.0 TSI engines delivering 137 and 162 kW. All-wheel drive and a seven-position DSG transmission come as standard. 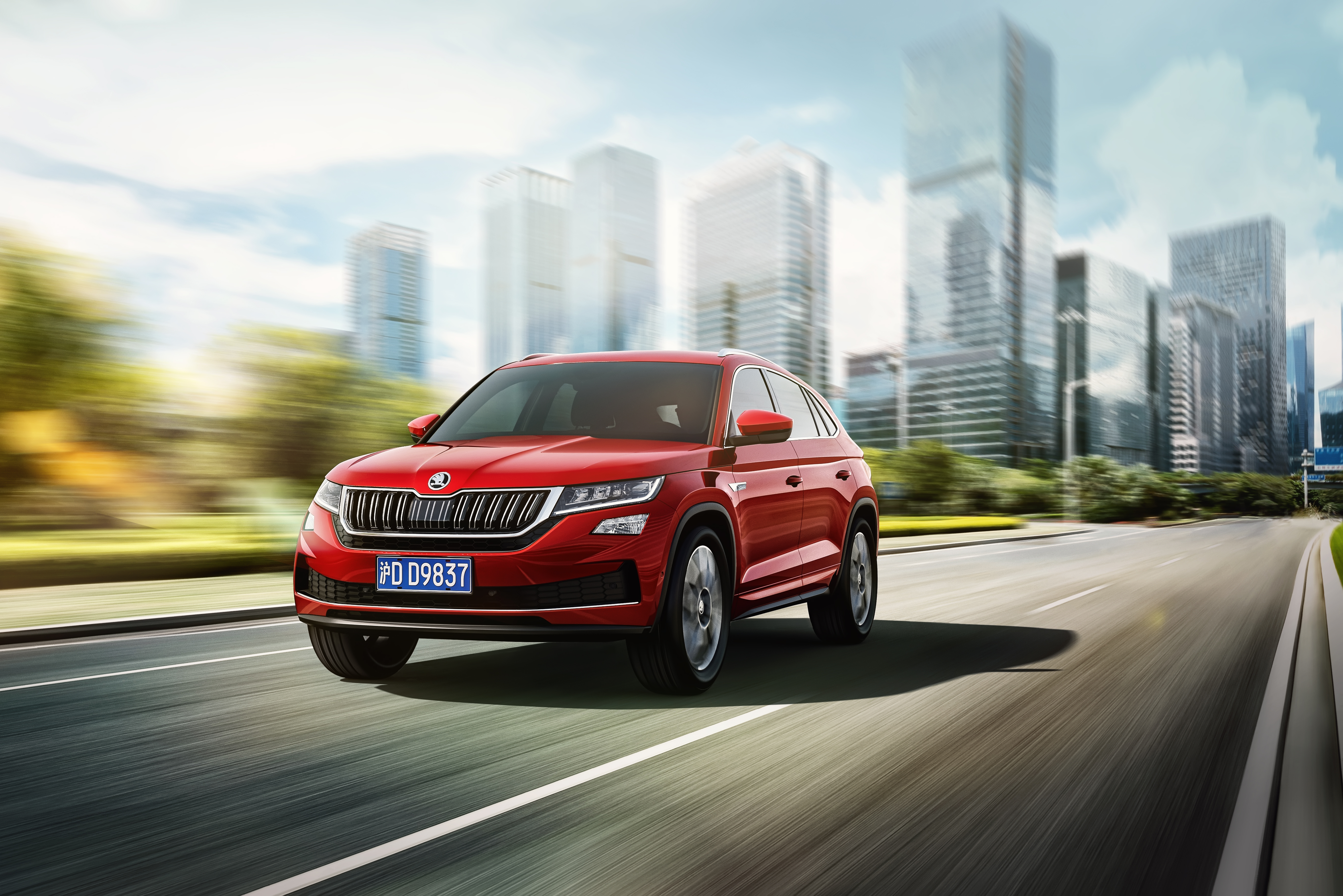 The third-generation OCTAVIA is still available on the Chinese market, where it fulfils the role of a more affordable version of ŠKODA’s most popular model. Compared to the previous generation of the European version, the Chinese version differs in its design, especially the different shapes of the rear lights, which are closer to the SUPERB. Compared to the OCTAVIA PRO, which is based on the fourth-generation European OCTAVIA, the third generation available in China is 88 millimetres shorter, so the various versions are sufficiently distinctive. 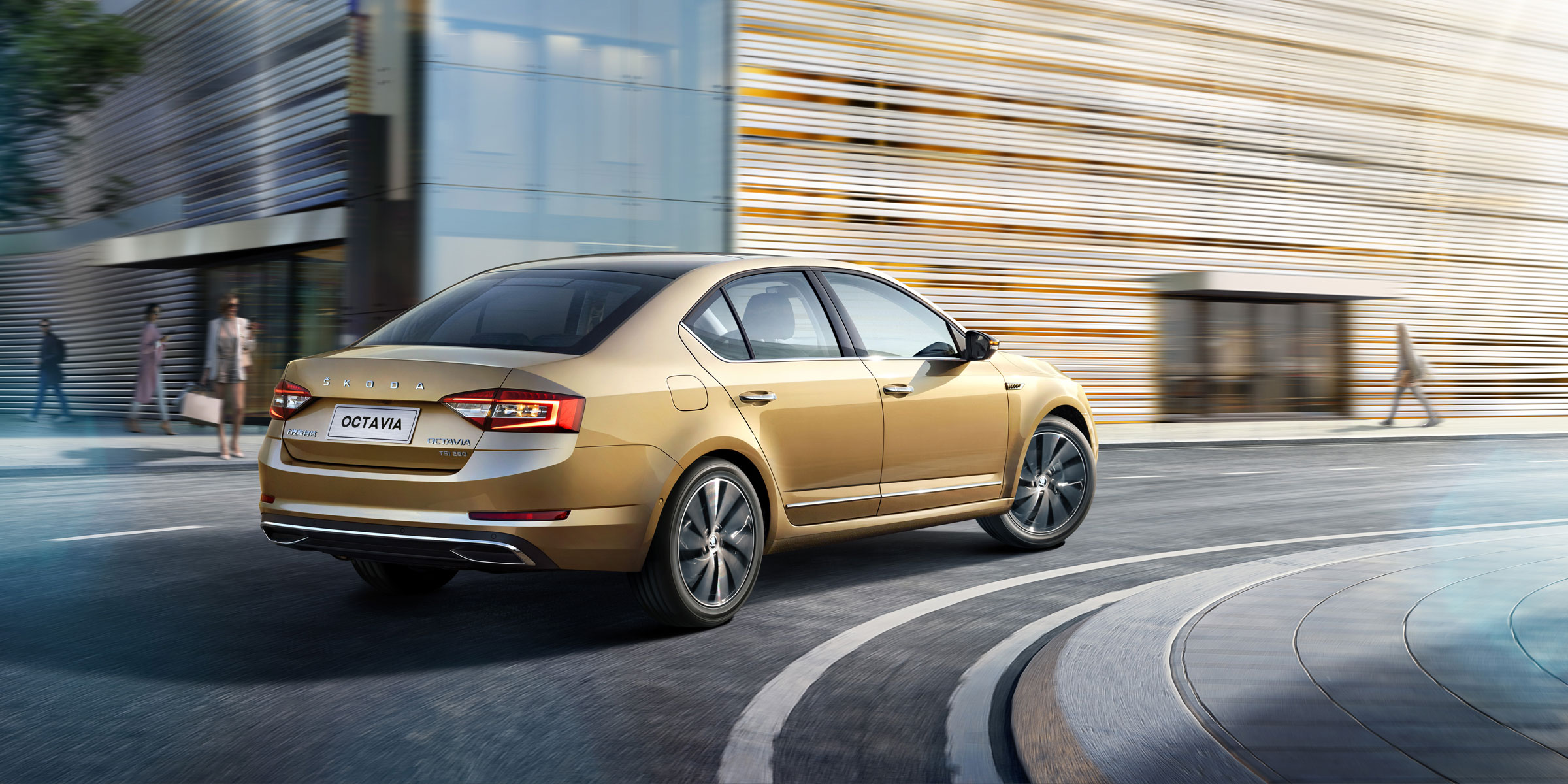 The RAPID, which has been replaced by the SCALA in Europe, is also still produced in China. The RAPID SPACEBACK is still available as a saloon and hatchback, but the design has been revised to bring the front closer to the new SCALA and OCTAVIA. The car’s infotainment system has a touchscreen integrated into the dashboard. The car is powered by a 1.5 MPI engine delivering 82 kW. 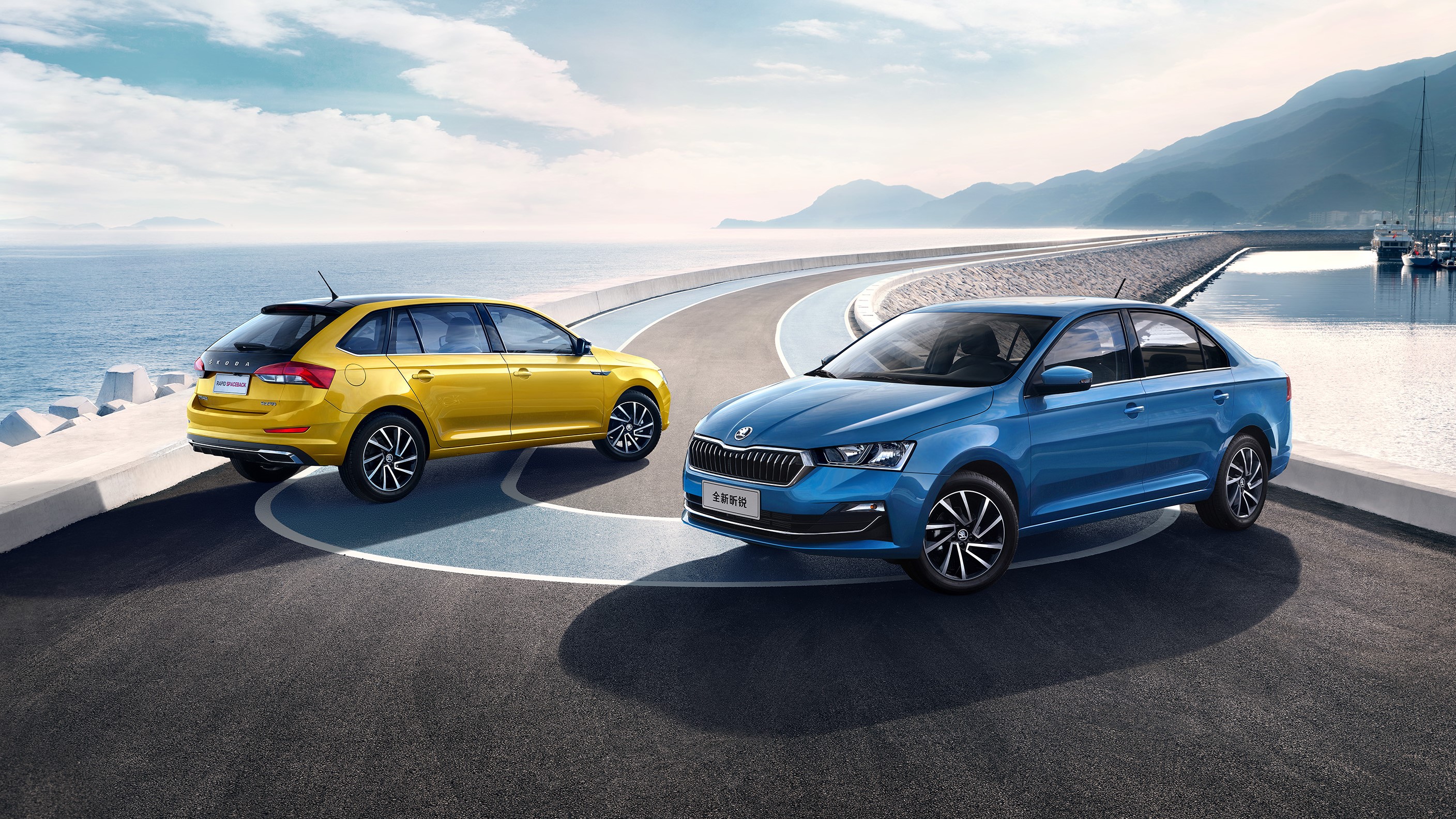 ŠKODA also sells a specific version of the RAPID to customers in Russia, where the upgraded RAPID is made as a liftback. ŠKODA presented the model in St Petersburg at the end of 2019. That this is a different car from the one designed for Chinese customers, for example, is clear from the interior: the infotainment system here is different in concept with its free-standing display, but it also retains traditional control buttons for some functions that elsewhere have migrated to the touchscreen. Under the bonnet of the Russian version you will find a 1.6 MPI unit with 66 or 81 kW and a turbocharged 1.4 TSI delivering 92 kW. The latter has a seven-position DSG automatic transmission. 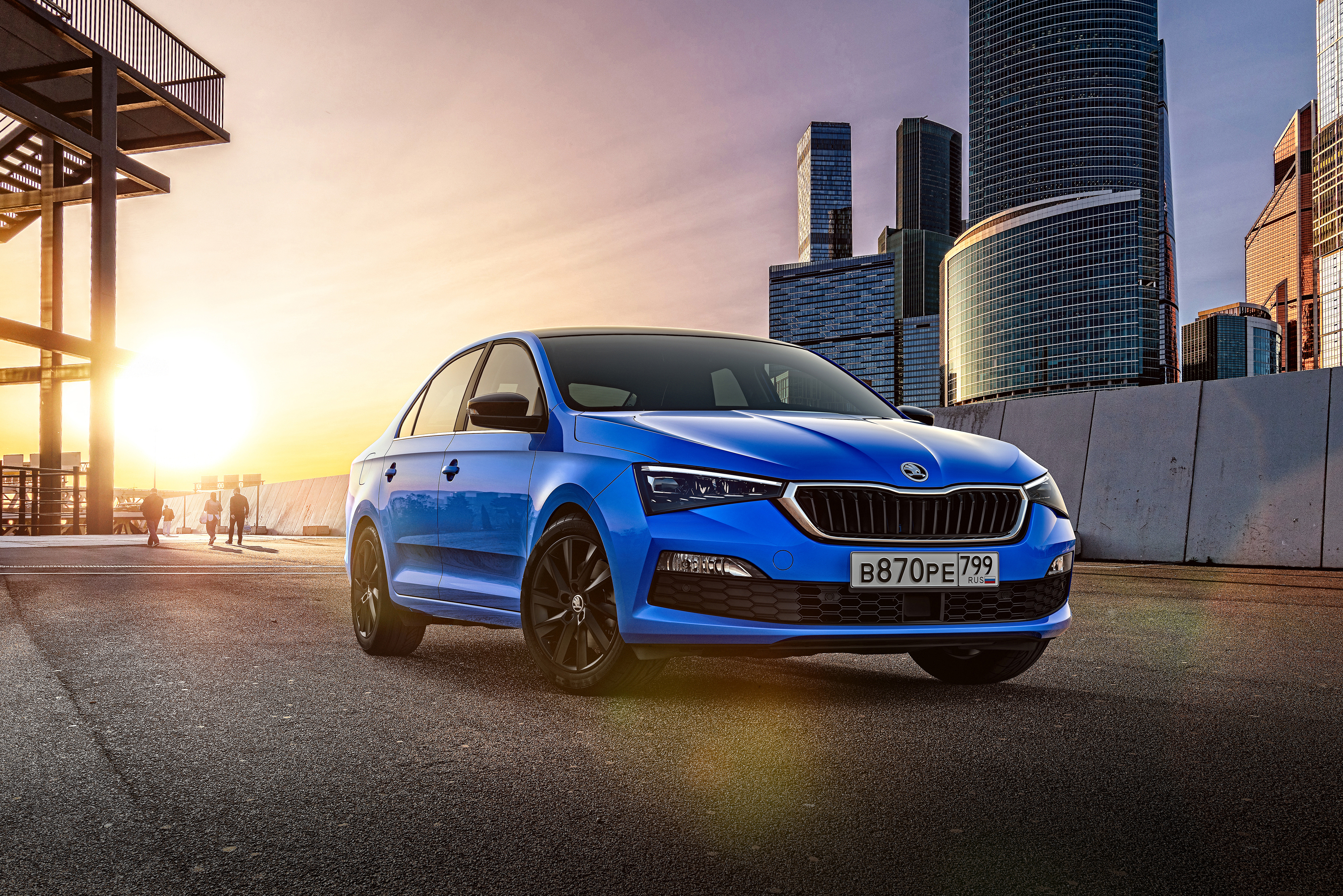 And for a third time the RAPID. The Indian version was one of the first localised ŠKODA models and has always been technically quite different from the types offered in Europe and other world markets. The sedan produced at the Pune plant uses the PQ25 platform, which was the basis for Volkswagen Group’s small and compact cars before the current MQB platform. 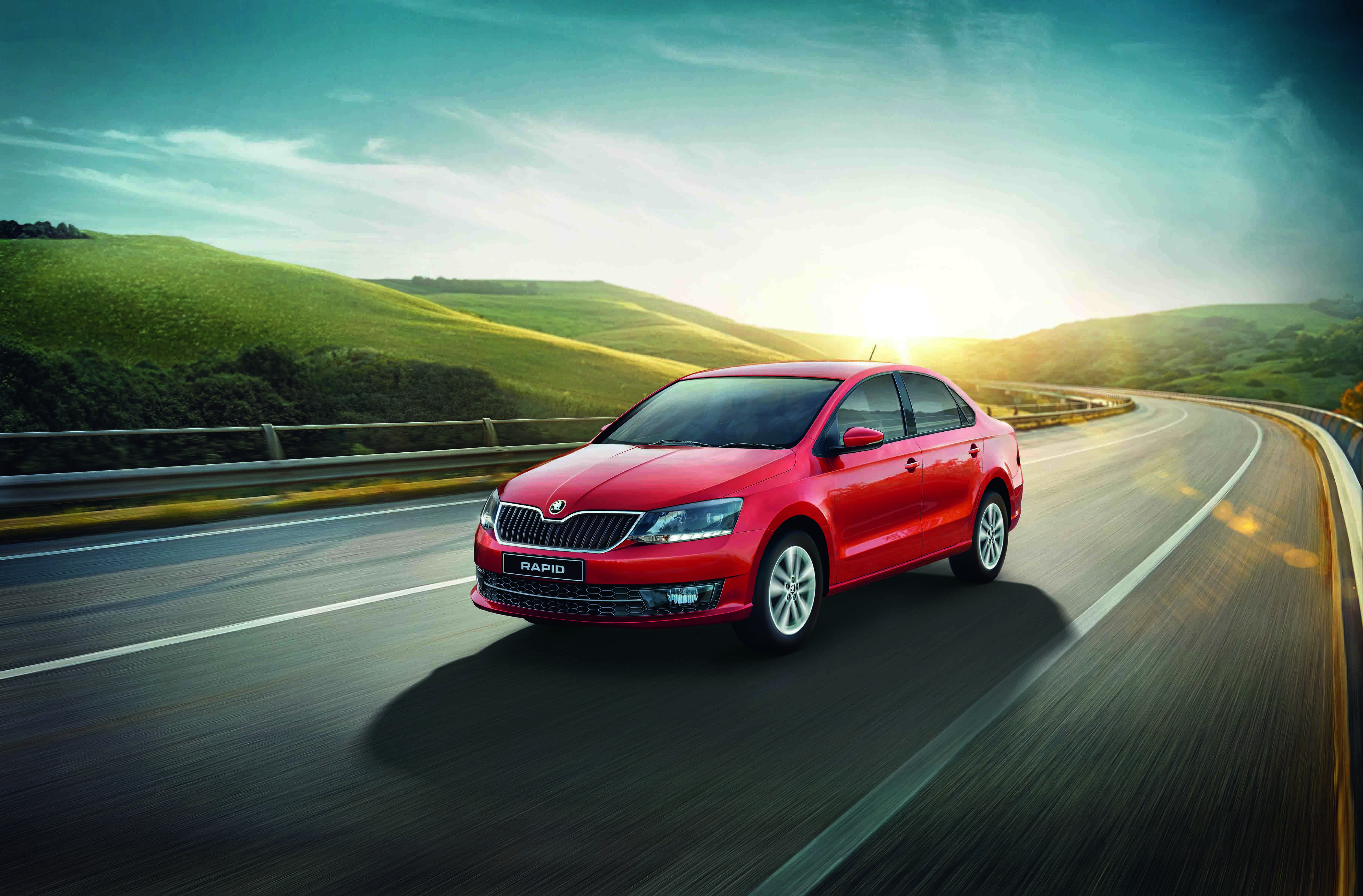 ŠKODA is now preparing a major offensive for India, and the new KUSHAQ SUV will lead the charge. This is the first vehicle based on the MQB-A0-IN platform specially developed for the local market and created as part of the India 2.0 strategy. As an SUV tailored to the needs of Indian customers, the KUSHAQ features an adventurous design, bold colours inside and out, and even specific features such as the talisman storage well on the dashboard. 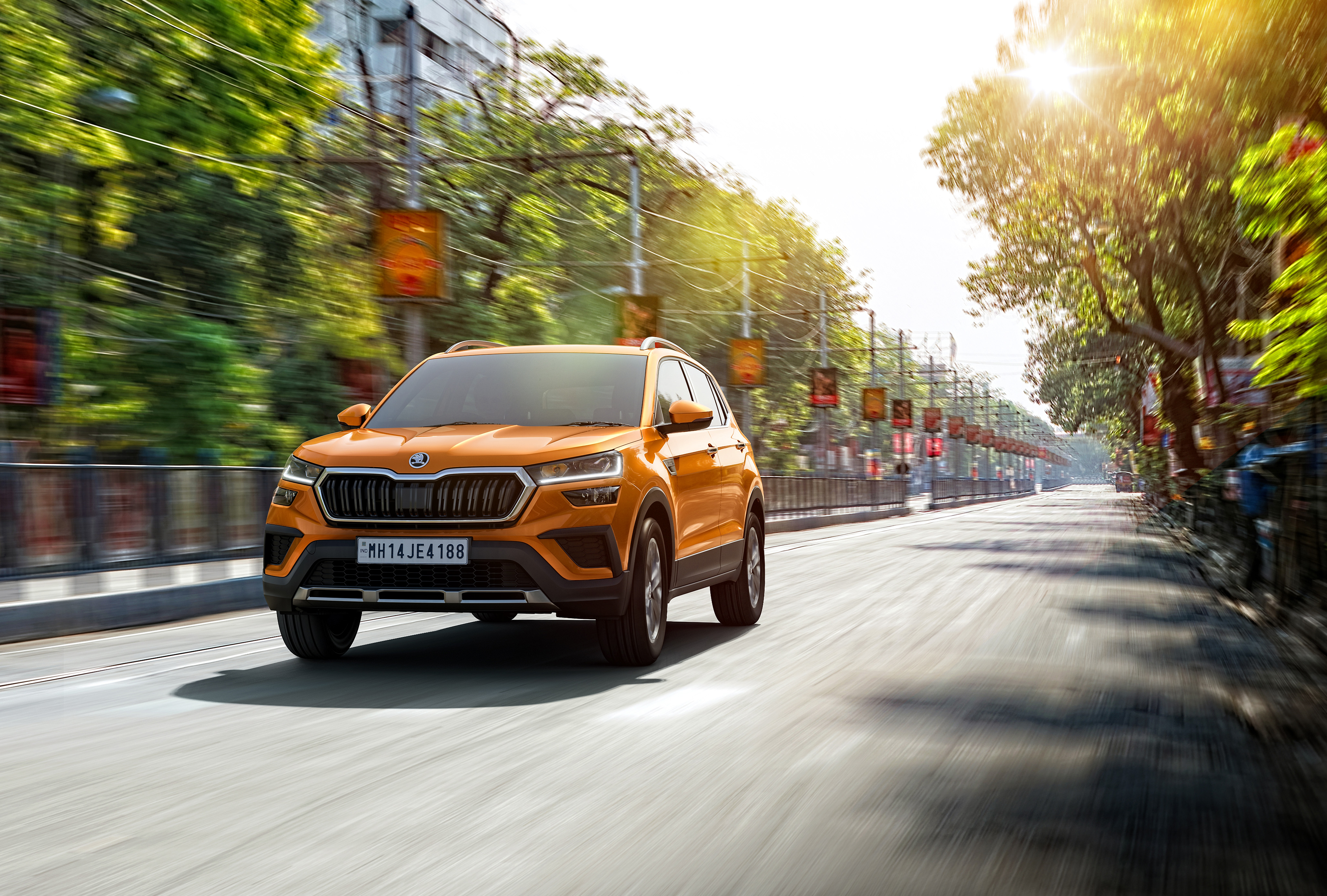 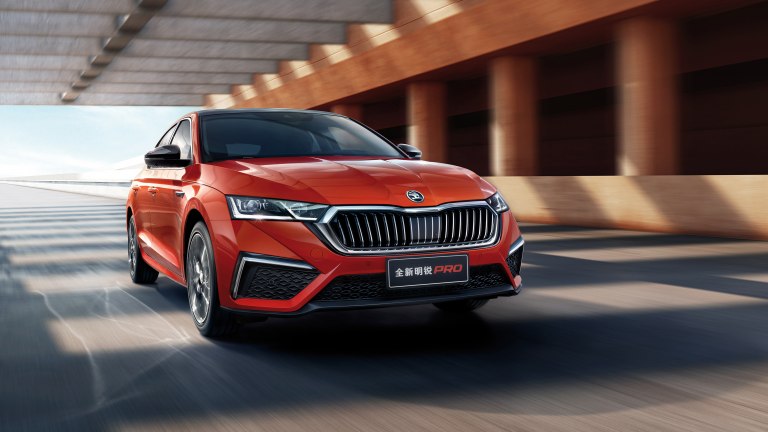 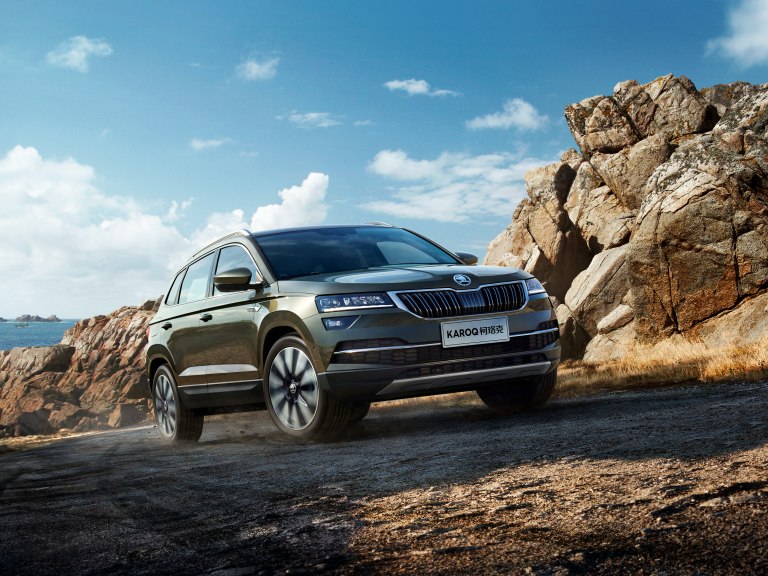 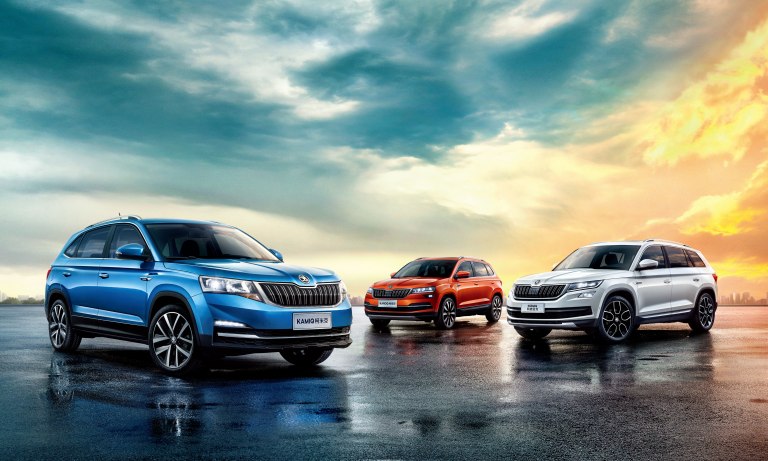 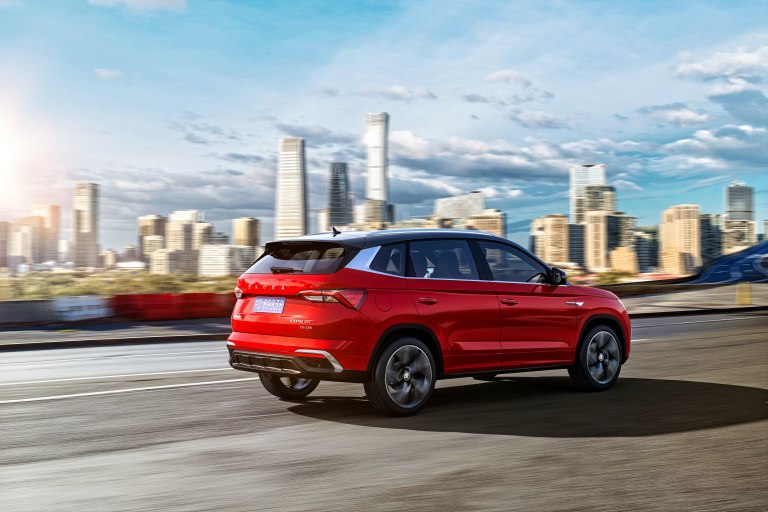 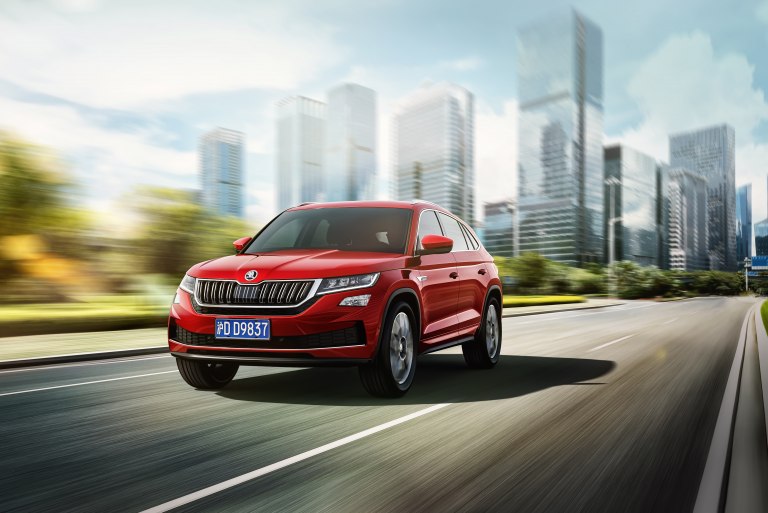 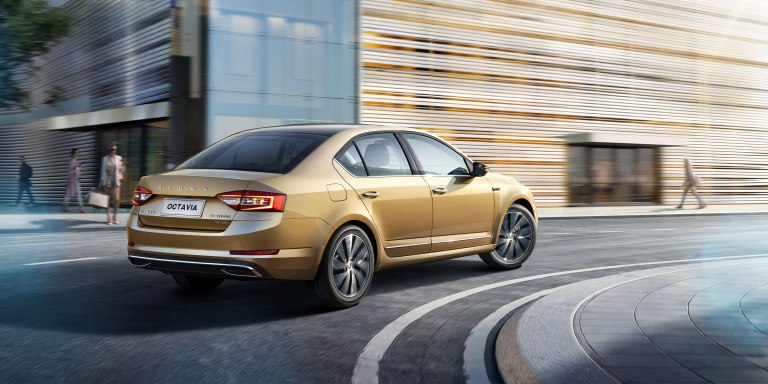 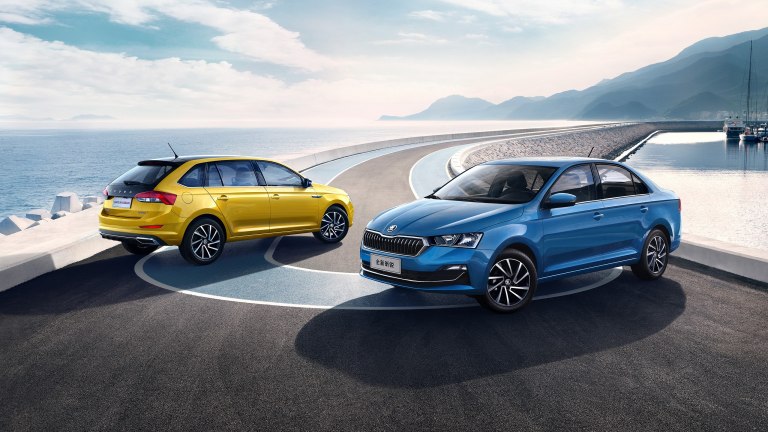 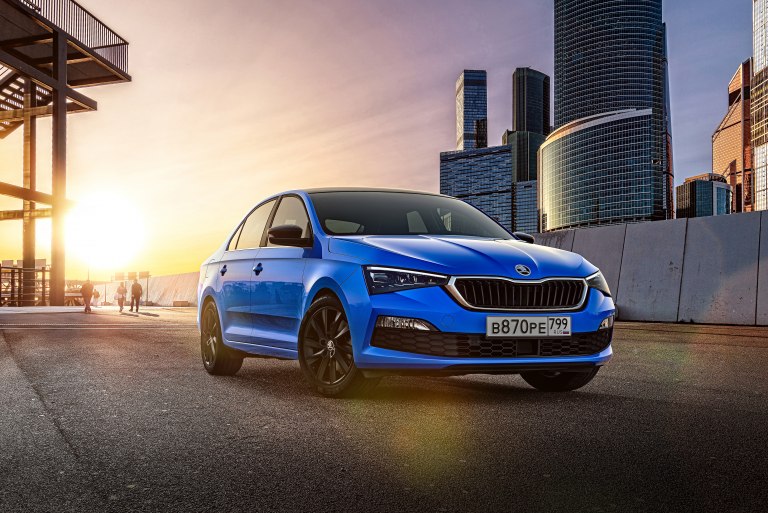 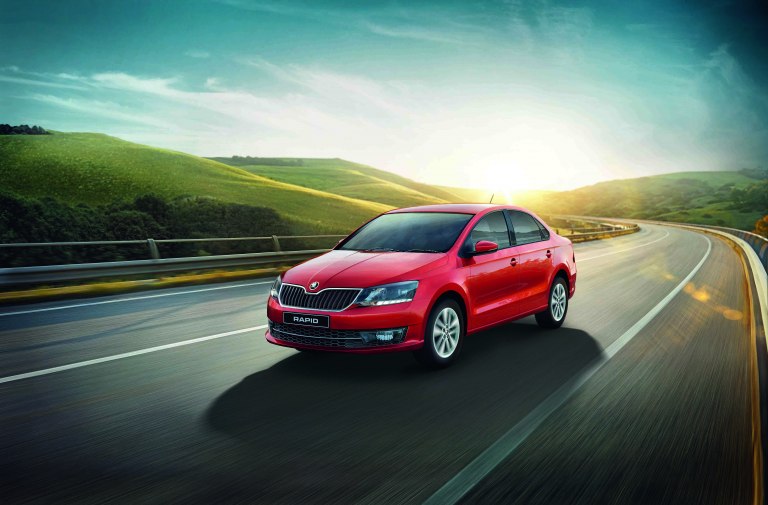 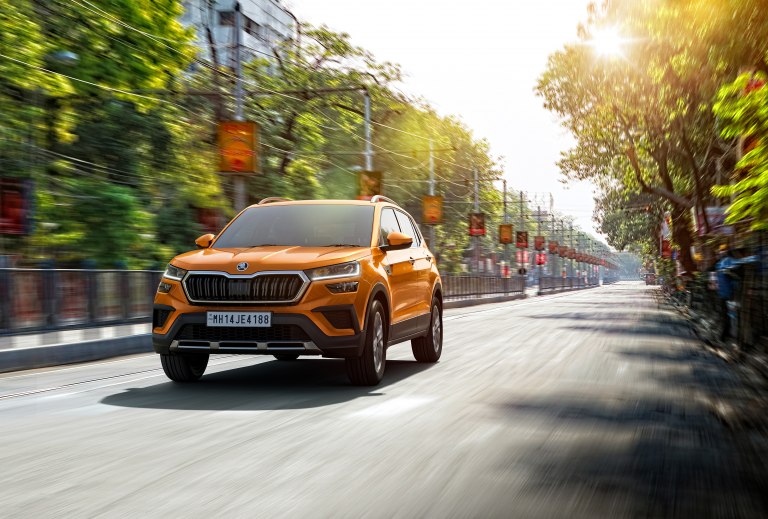