New FABIA, KUSHAQ, SLAVIA or KODIAQ models. An anniversary of the brand’s motorsport successes, but also iconic cars given a makeover. Take a look back at the best of this year’s ŠKODA Storyboard.

Although we still struggled with the global pandemic, the year 2021 was still colourful in an unprecedented way. Our starting point has to be the Czech carmaker’s new models, and here it was the latest generation of the ŠKODA FABIA that was the most widely anticipated. What to expect from it was perfectly summed up in one minute by our presenter Jennifer.

In 2021 there were two world premieres in the Indian market, for which ŠKODA AUTO has literally tailor-made cars for the local customers. The first to be unveiled was the ŠKODA KUSHAQ SUV. The carmaker’s chief designer, Oliver Stefani, highlighted the interconnected design of the bonnet and the radiator grille and headlights, among other things:

After the KUSHAQ, the ŠKODA SLAVIA was launched in India in the autumn. Like the KUSHAQ, it will be built at the local ŠKODA plant using up to 95% local components. While the KUSHAQ is inspired by Indian traditions, the SLAVIA symbolises the close connection between Indo-European tradition and Czech and Indian culture.

The ŠKODA KODIAQ, the largest SUV in the Mladá Boleslav carmaker’s range, was modernised in 2021. Presenter Alex Montyro took the opportunity to showcase the most important new features:

And speaking of the ŠKODA KODIAQ, did you see the helicopter land on its roof? No? That’s a must-see.

The ŠKODA KAROQ has also taken on a new face. It has a more distinctive front with a new wider, hexagonal radiator grille, redesigned LED headlights and lots more new tech and features.

The ŠKODA ENYAQ iV can’t be left off the list either. The electric SUV from Mladá Boleslav may have premiered last year, but this year British motoring journalist Alex Kersten really put it through its paces.

ŠKODA has also brought electric power to the world of motorsport. The electric ŠKODA RE-X1 Kreisel competition car was a success. At the Rallye Weiz in Austria, it was the first electric rally car in the history of rally competitions to complete the full length of the event without any difficulties. It finished third overall in the competition against combustion cars.

But there was more to the year 2021 than new or innovative models: we also commemorated 120 years of success of the Czech carmaker’s cars on the race track. And there was a lot to remember. Let driver Jan Kopecký show you some of the powerful machines and thrilling stories from the history of ŠKODA Motorsport:

Speaking of historic cars and racing, you shouldn’t miss the series of old photographs digitally transformed into realistic colour or the Icons Get a Makeover series, in which ŠKODA designers showed how legendary cars might look today. 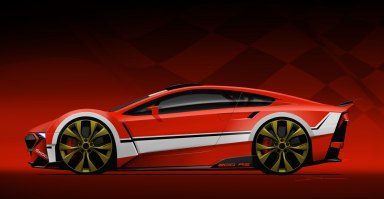 September 2021 marked a quarter of a century since the first modern ŠKODA OCTAVIA rolled off the new state-of-the-art line. It made use of Volkswagen Group technologies, such as the new-generation PQ34 sub-chassis platform, which is also used by the VW Golf IV and Audi A3.

And the modern SUPERB celebrated its twentieth birthday. The first car of this model left the Kvasiny plant, which had been modernised at a cost of around 200 million euros, on 1 October 2001. 581 units had been made by the end of the year, and in spring 2002 the large sedans reached their first customers.

So that was ŠKODA Storyboard’s journey through 2021. We hope all your journeys in the following year are both safe and fun!

What would the legendary ŠKODA 1203 look like if redesigned by Daniel Hájek?

The ŠKODA 130 RS through the eyes of designer Aymeric Chertier 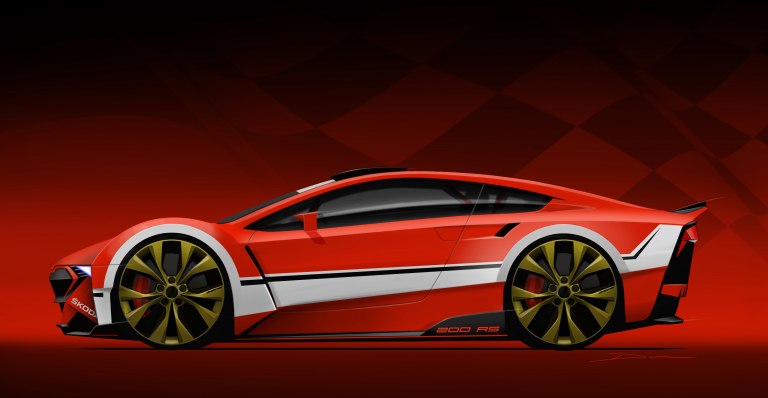 Designer Yuhan Zhang’s futuristic interpretation of the VOITURETTE A.