Did you think electromobility was something invented in the last decade? Wrong! LAURIN & KLEMENT already had an electric power train more than a century ago. Discover ŠKODA’s electric past and future at the ŠKODA Museum.

With the ŠKODA ENYAQ iV, the Czech carmaker fully entered the modern era of electromobility last year. But it definitely wasn’t a step into uncharted territory. Visit the “On the Wave of Electromobility” exhibition at the ŠKODA Museum to see how long the tradition of electric cars has been there.

Thanks to the traditionally outstanding technical skills of Czech constructors, an electric power train was already used in a car from the Mladá Boleslav-based brand in 1908. At that time, the famous Czech electrical engineer František Křižík created a functioning hybrid car with a 4,562 cm3/35 hp (25.8 kW) four-cylinder petrol engine and two DC electric motors, based on the LAURIN & KLEMENT type E model. 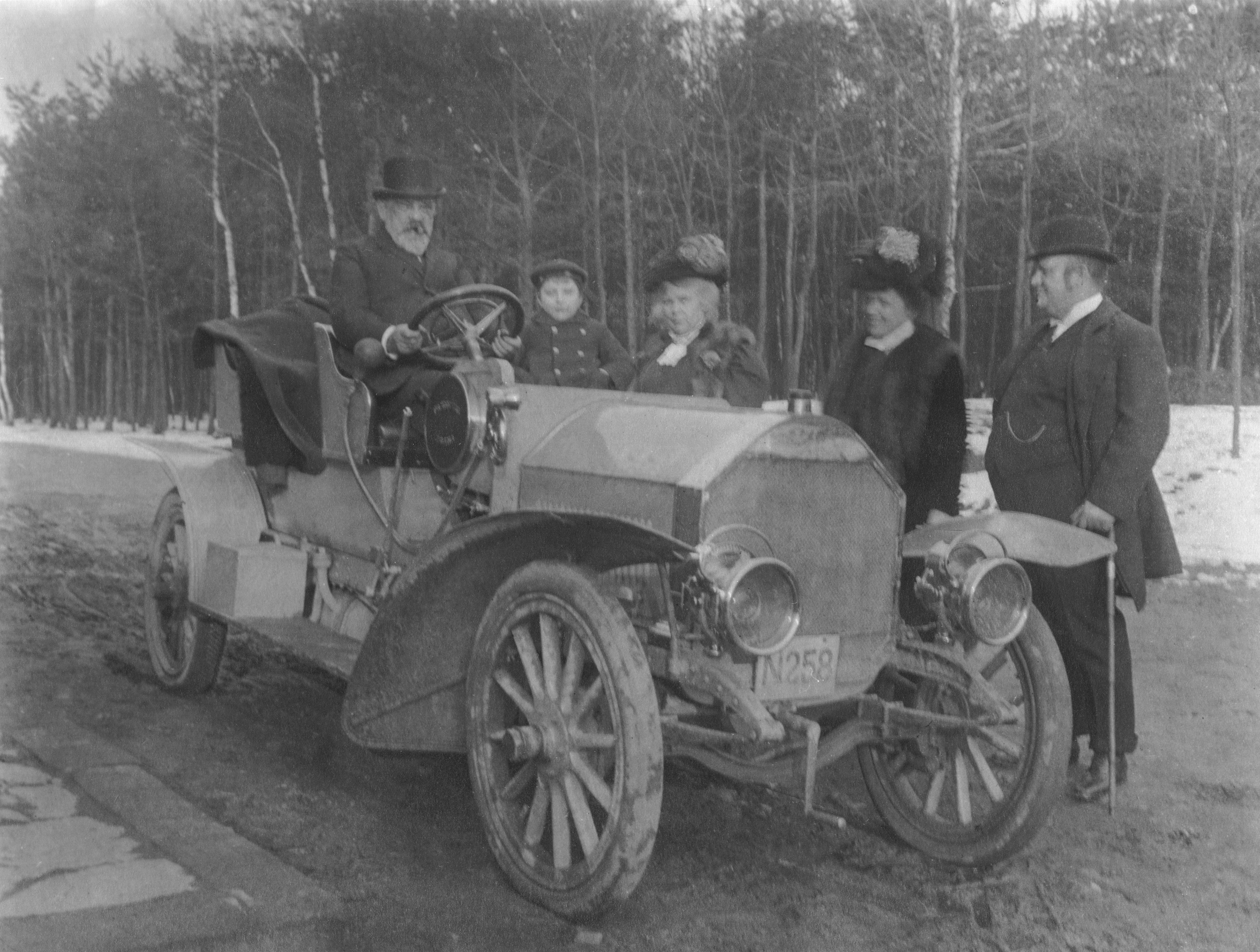 LAURIN & KLEMENT hybrid model E, named “Křižík” after the inventor who is sitting behind the wheel.

In 1934-1941, economical and environmentally friendly electric utility vehicles with a maximum laden weight of 1.5 t and 3 t followed. Typical users included breweries. Motorists of the future were not forgotten either – there was a miniature roadster called PUCK designed for children. Made in Mladá Boleslav in 1941 and 1942, it had a 400-watt electric motor, actually a starter from “grown-up” cars, and a battery of Varta-Ferak cells, which allowed it to run for two hours. It then took twelve hours to charge. 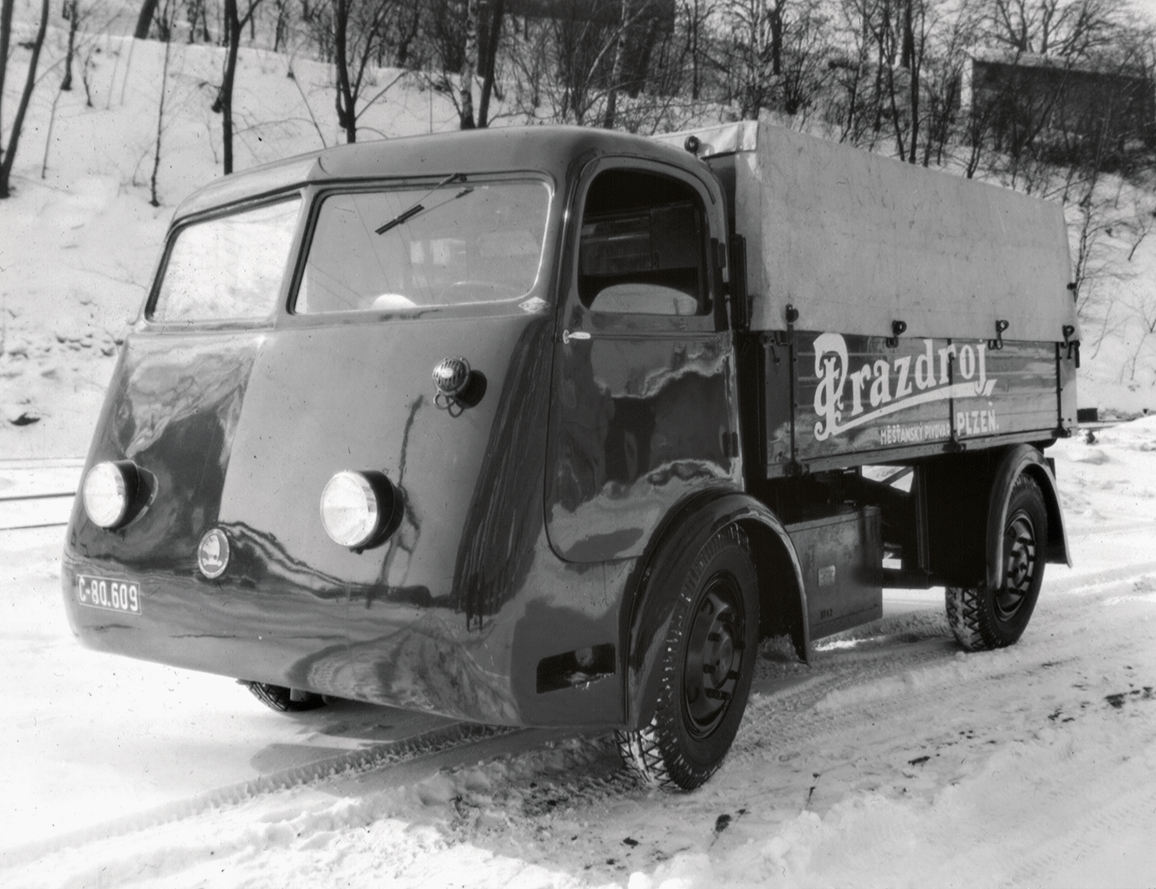 A 1.5 tonne ŠKODA utility vehicle owned by the Prazdroj brewery.

At the beginning of the 1990s, a series of just under 200 Eltra passenger and commercial electric vehicles based on the ŠKODA FAVORIT model were built. It attracted interest mainly in demanding markets like Switzerland, Germany, Great Britain and Canada. With a 21 hp (15.4 kW) electric motor and a set of lead-acid batteries, the Eltra reached speeds of up to 80 km/h.

The ŠKODA Museum in Mladá Boleslav is open every day from 9 am to 5 pm. You can also buy a reduced-price combined ticket that will let you take in the Ferdinand Porsche Birthplace in Liberec as well (Fri-Sun, 9 am to 5 pm). More info at museum.skoda-auto.com

In the new millennium, ŠKODA explored the potential of electric power with a series of 17 OCTAVIA GREEN E LINE test cars based on the second-generation OCTAVIA COMBI. Their range was around 150 km and they delivered a top speed of 135 km/h. 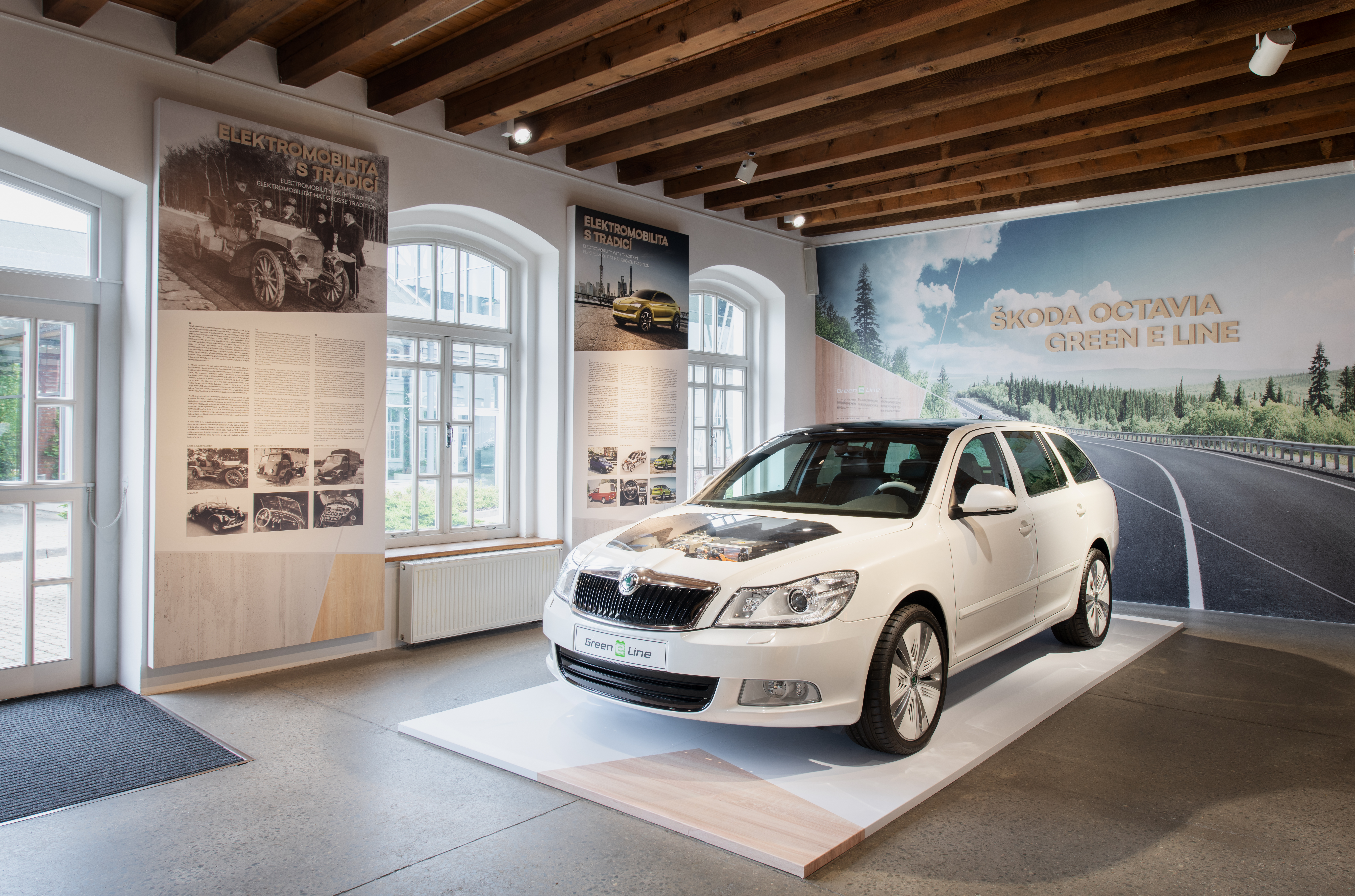 In 2017, the ŠKODA VISION E concept set the course for the Czech carmaker in eMobility. The next step was the ŠKODA VISION iV study, presented in Geneva two years later. Since then, the iV designation has been used for both hybrids and all-electric ŠKODA models. In 2019, the purely battery-powered CITIGOe iV was launched, and the ŠKODA SUPERB iV began using plug-in hybrid technology, later followed by its sibling, the OCTAVIA iV. 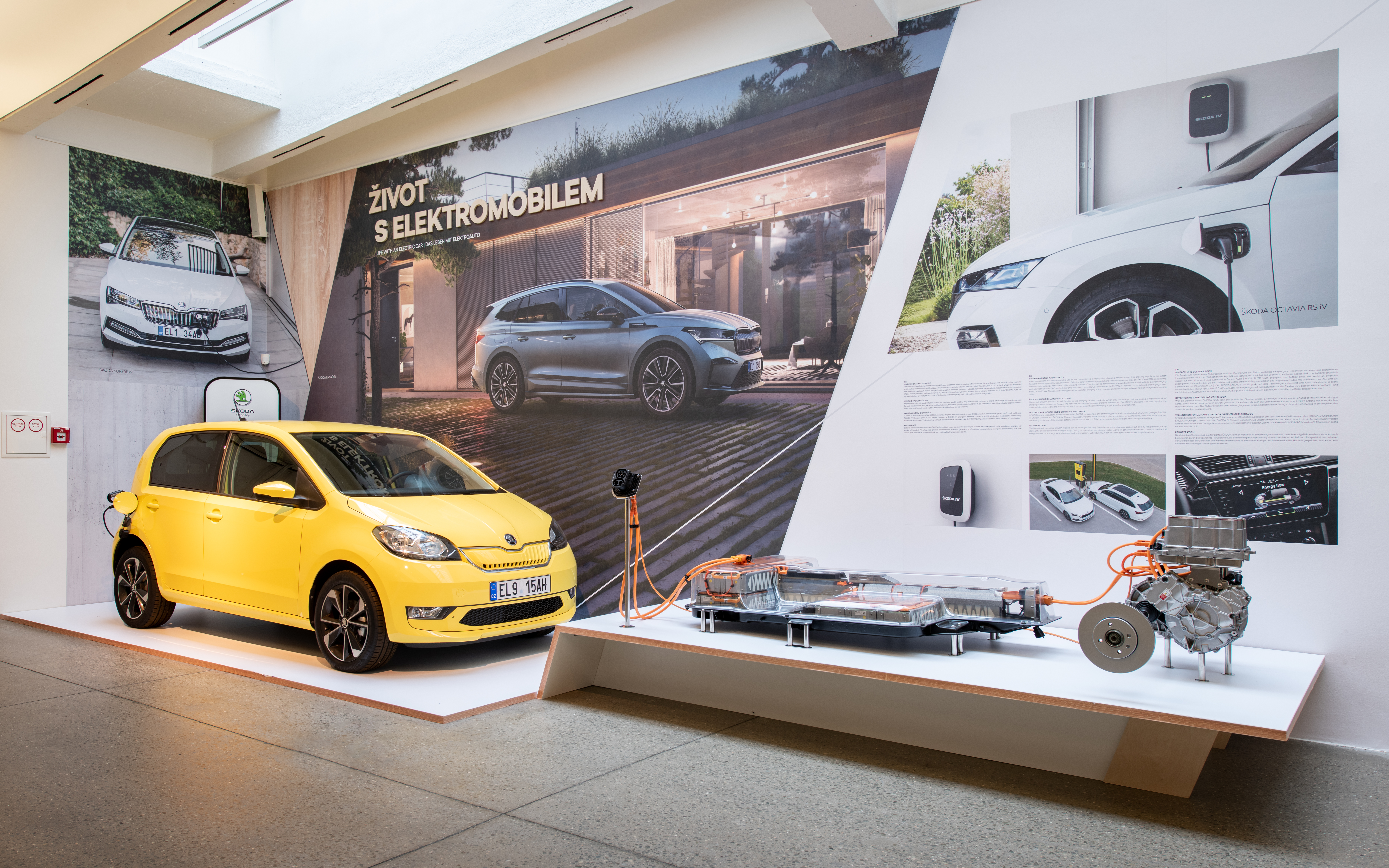 The present and future of eMobility under the ŠKODA brand

At the end of 2020, mass production of the fully electric ŠKODA ENYAQ iV, based on the Volkswagen Group's MEB modular platform, got underway in Mladá Boleslav. The ENYAQ iV proved its practicality and durability as the race director's car during the demanding stages of the Tour de France, as well as in all other environments. 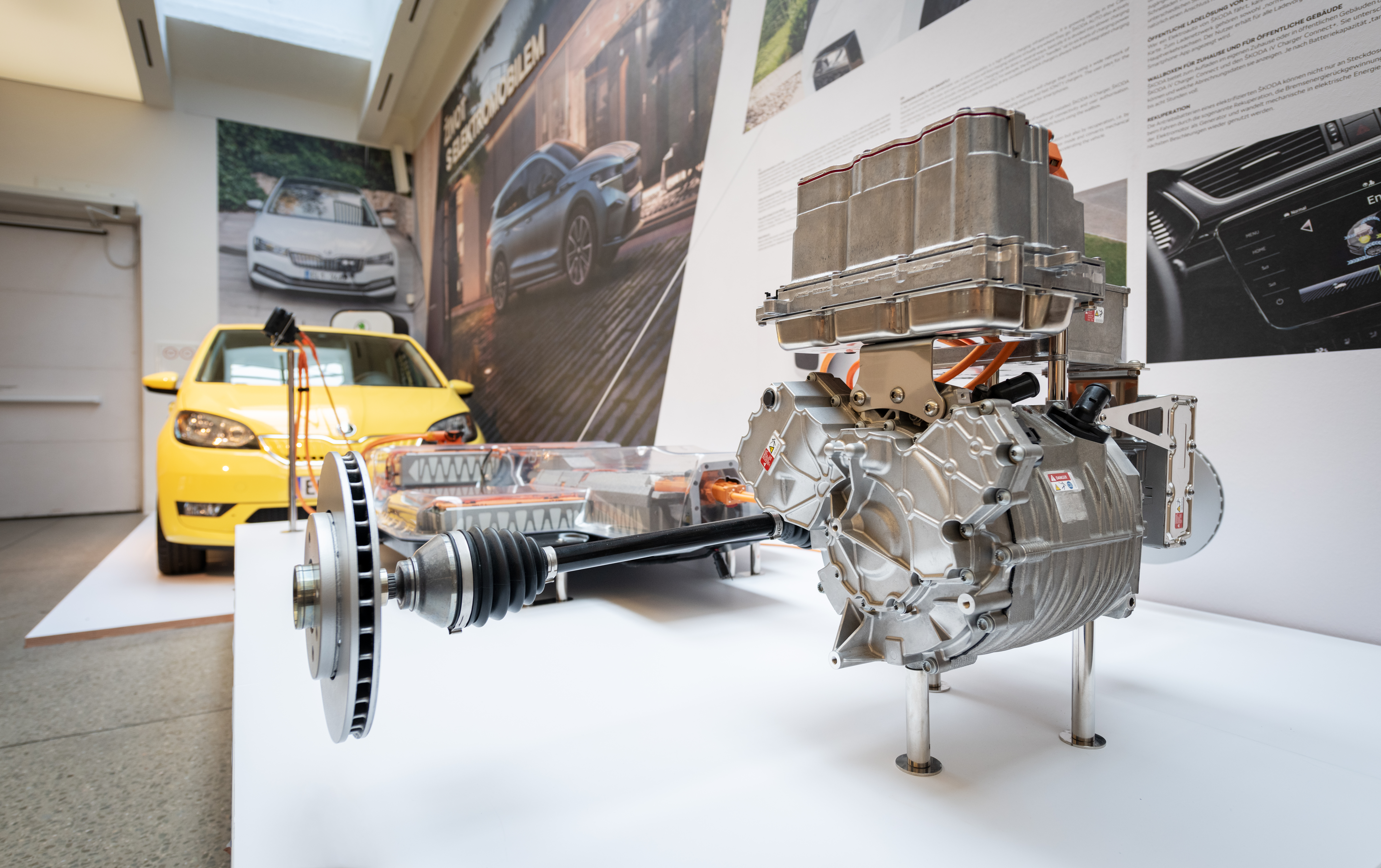 The Electromobility exhibition at the ŠKODA Museum in Mladá Boleslav is open until September 5. In addition to interesting and visually appealing information panels, the exhibition’s stars are its electric vehicles: the PUCK children’s car, the Eltra, the ŠKODA OCTAVIA GREEN E LINE and representatives of the latest ŠKODA CITIGOe iV and ŠKODA ENYAQ iV lines. Visitors will also learn how modern electric motors and batteries work and discover the KLEMENT urban mobility concept, a two-wheeler development line.

The Electromobility exhibition also has a virtual version. And there’s more to it than just a single online tour. If you can't visit the ŠKODA Museum in person, take advantage of the video tours with commentary in Czech and English. There are several different virtual tours to choose from. Evolution, for example, offers three videos on the rich history of ŠKODA. The first is dedicated to the first 30 years after the founding of LAURIN&KLEMENT. The second focuses on the beginning of the ŠKODA era in 1925 and the carmaker’s progress until the end of the 1980s. And the third video introduces viewers to the Czech carmaker’s dynamic development as part of Volkswagen Group since 1991. The Precision video tour then takes you behind the scenes of the restoration workshop.

OVER A HUNDRED YEARS OF eMOBILITY 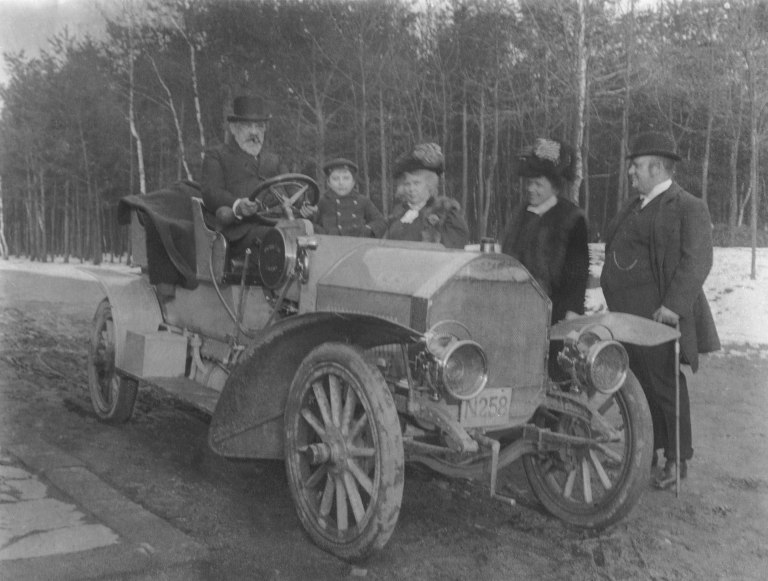 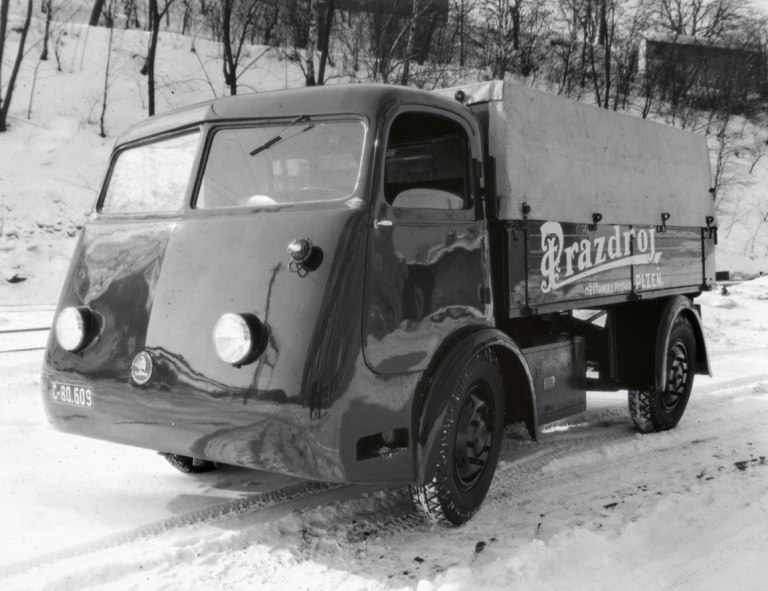 A 1.5 tonne ŠKODA utility vehicle owned by the Prazdroj brewery. 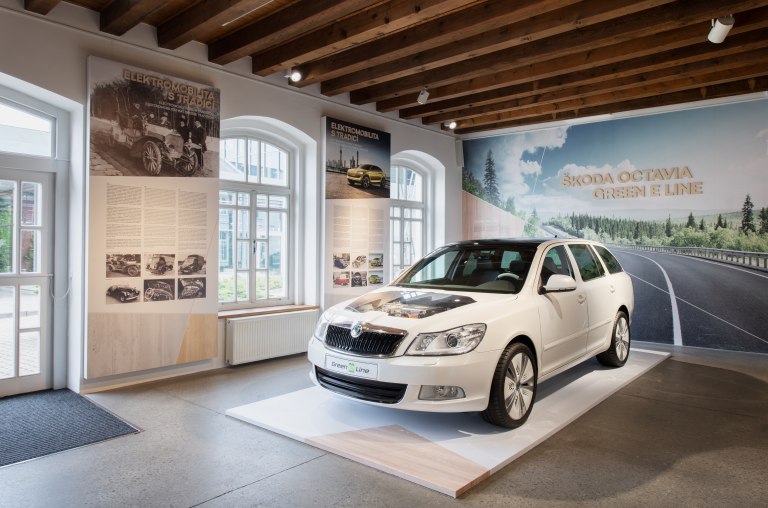 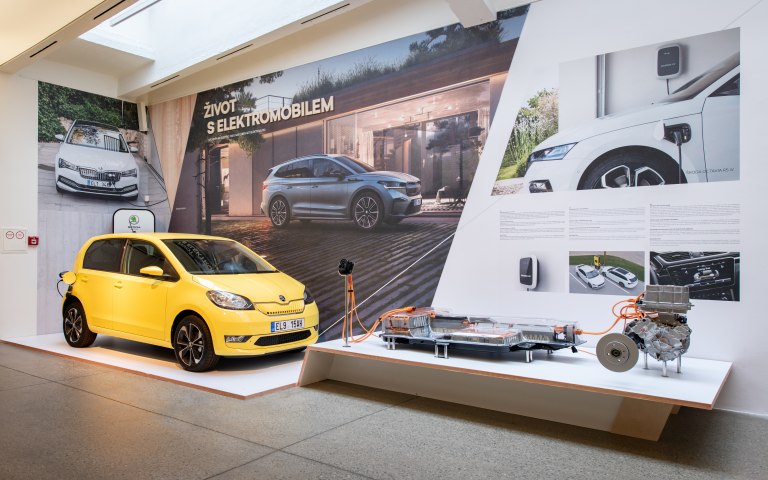 The present and future of eMobility under the ŠKODA brand 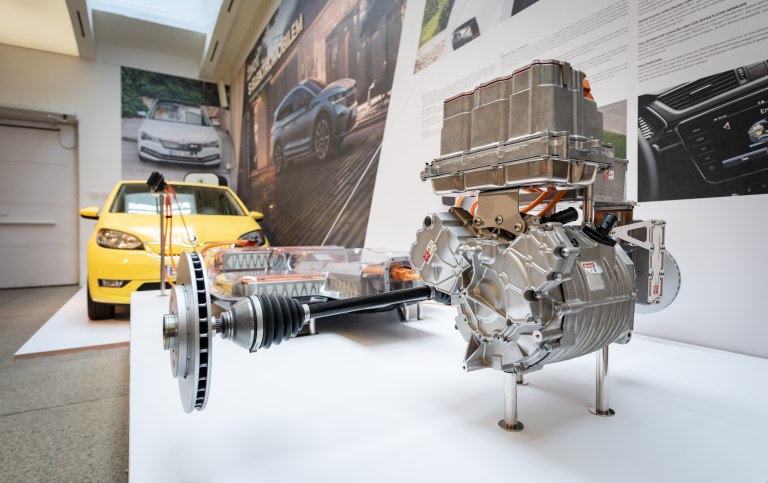