Robert Innes, a 52-year old printer from West Yorkshire, decided to go all-electric. At least as far as transport is concerned. Is he satisfied? And why weren’t hybrid vehicles an option for him? Read about what his life with ŠKODA ENYAQ iV is like.

Robert has always been a car buff, he learned to drive when he was 17 and as soon as he could, he got behind the wheel. He’s had a number of wonderful cars of many brands, including traditional ones from the Isles, understandably. There’s never been a ŠKODA car in his garage before, though.

“Formerly, the running costs of my six- or eight-cylinder engines never used to concern me. That’s changed, with all the fuel costs rocketing and climate change being an issue, so I decided it’s time to go electric,” Robert explains. 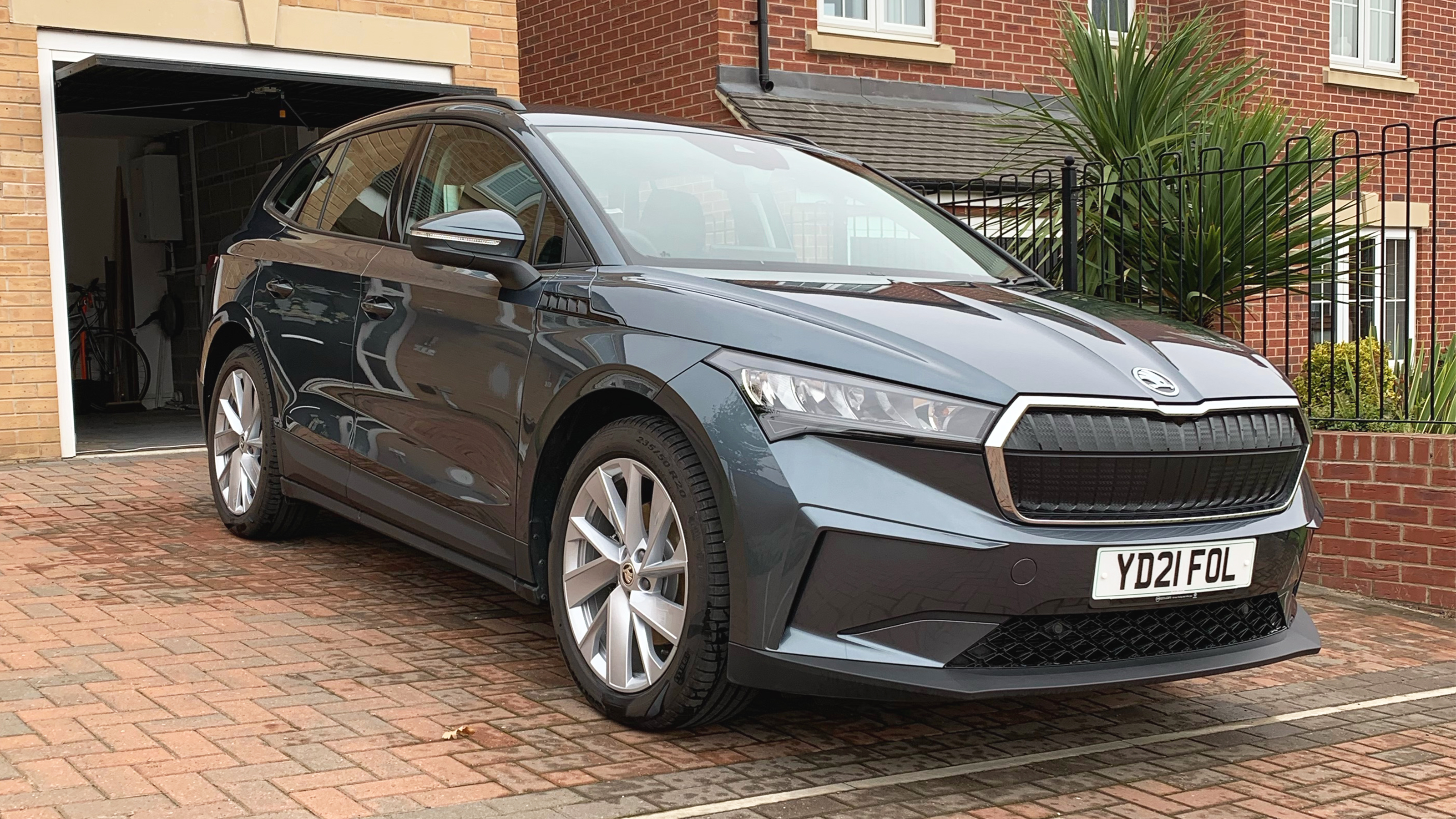 When researching what the options were, buying a hybrid vehicle never came to his mind. “I knew that when I’d go electric, it’d be all-electric. I just never saw the point in having all the negative aspects of a combustion engine along with the extra weight of batteries. Besides, I don’t like the powertrain swapping from one source to the other all the time,” Robert explains.

Not much took his eye in the current electric offer. He came across the ENYAQ iV by chance actually when he saw the electric SUV in the showroom. He loved the looks and how spacious it is for both passengers and luggage. He took it for a test drive – and that was it. He signed up on the spot. 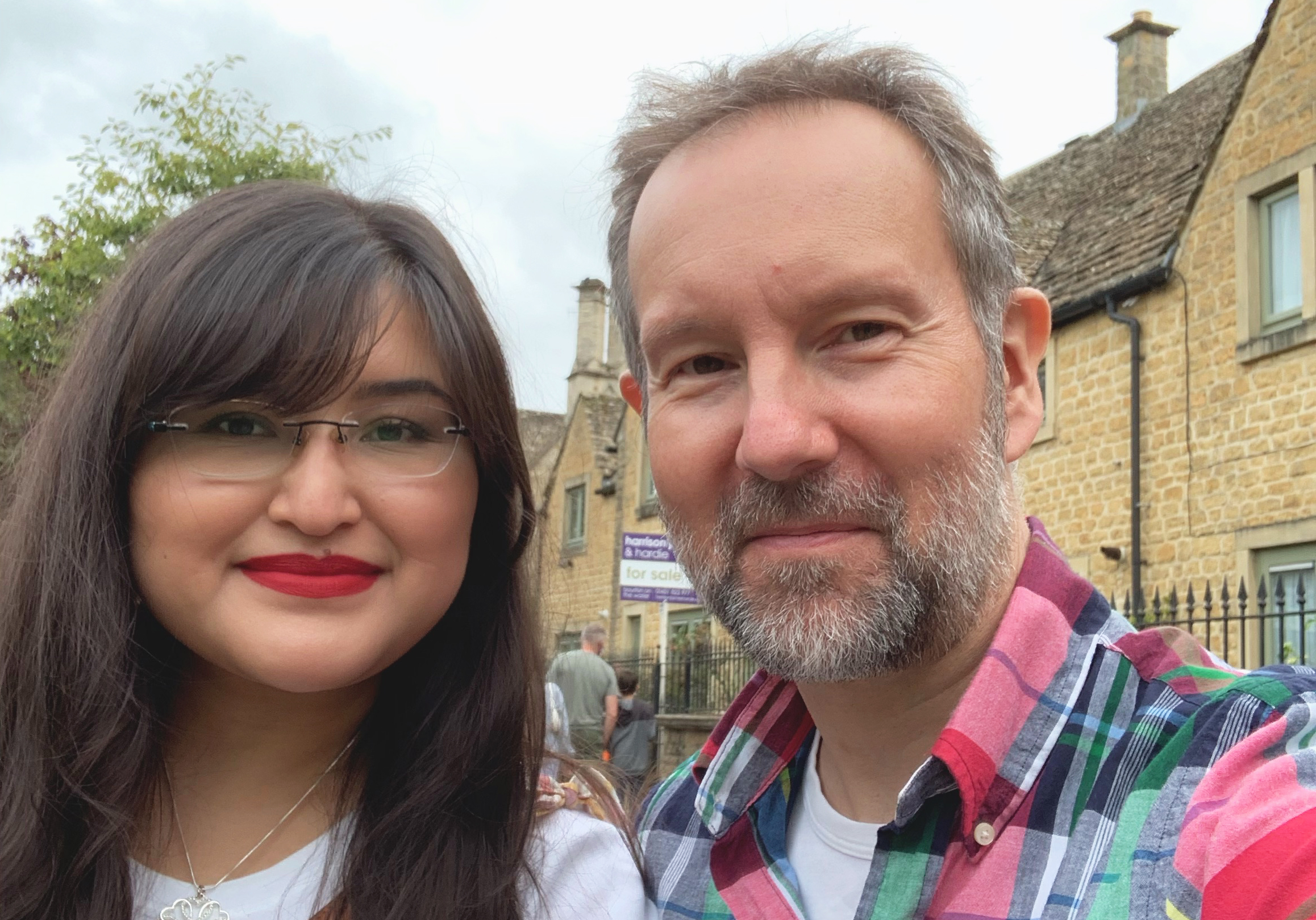 His brand-new vehicle came at the end of June being the first-ever ENYAQ iV in Leeds. “Even up to now I’ve only seen one more on the road here,” Robert admits.

He’s done a little more than 4,300 miles so far, most of it being a 12-mile everyday commute to and from work. But he’s also taken the electric SUV on a longer trip to Whitby and back on one charge, and for a weekend in Cotswolds which took a little planning en route because of charging.

“I used the UK’s map of charging points called Zap Map. Everything went just fine, only at one spot there was one out of four chargers working and it was occupied. I didn’t panic as there were more than a hundred miles of range left. So I simply found another charger five miles away at a steakhouse and had a lovely meal as the car charged up,” he smiles.

A network of charging stations where you can use POWERPASS

There’s a charging wall-box mounted in Robert’s house. He uses it wisely with the battery’s longevity in mind, trying to keep the juice within 40 to 80 per cent of its maximum capacity. “When embarking on a long journey, I charge it to full, but then I jump in the car right away and off I am – I read that the car shouldn’t be left standing at full charge if possible,” he explains.

The car still has lots of interest from people at work or even on the streets. “My family loves it, too, and they see me as a guinea pig, testing the water before they make the switch themselves,” he laughs. 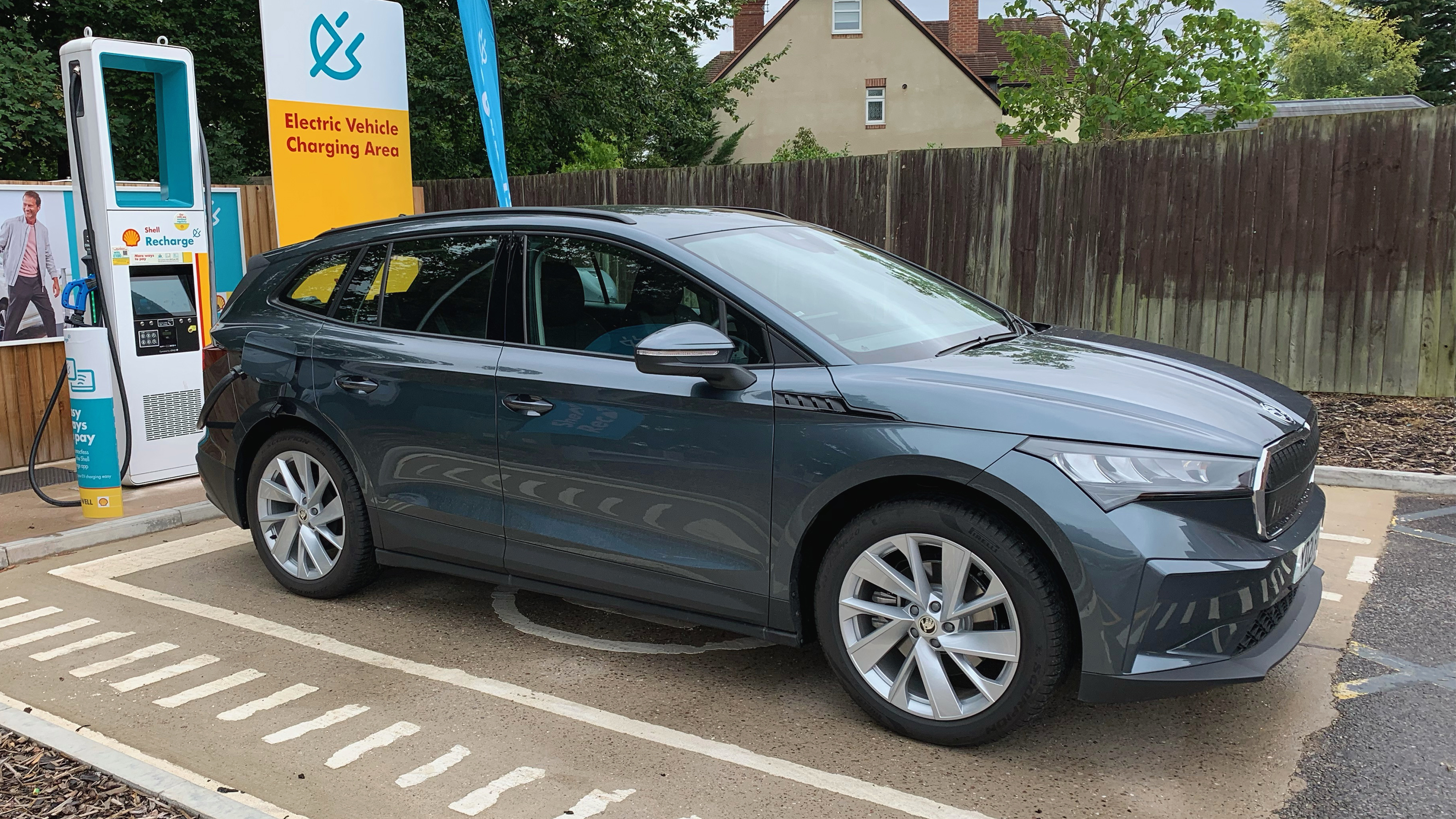 Robert shares an interesting experience he had during one of his longer trips. „Driving over 60 mph tends to use a lot of juice. I noticed that on my 180-mile round trip to Whitby. I was some 45 miles from home when the trip computer flashed red saying we only have about 45 miles left. I kept calm, turned off the air conditioning and slowed down to 55 mph. As soon as we exited the motorway and came to A roads and normal traffic, the car’s range kept steady. Even when I came home it still said there’s 40 miles left,” he remembers. It taught him a lesson to plan long journeys better and drive steadier on motorways.

How long will it take to charge the ŠKODA ENYAQ iV?

What he loves the most about ENYAQ iV is how silent and comfortable it is and that charging it up costs about a third compared to traditional fuel. “With our zero road tax and cheaper maintenance, it’s a no-brainer for me. I can’t imagine I’d go back to a car with a combustion engine,” Robert says.

Next up in My ENYAQ iV series

MY ENYAQ iV: I WENT ALL-ELECTRIC AND I WON’T GO BACK NOW 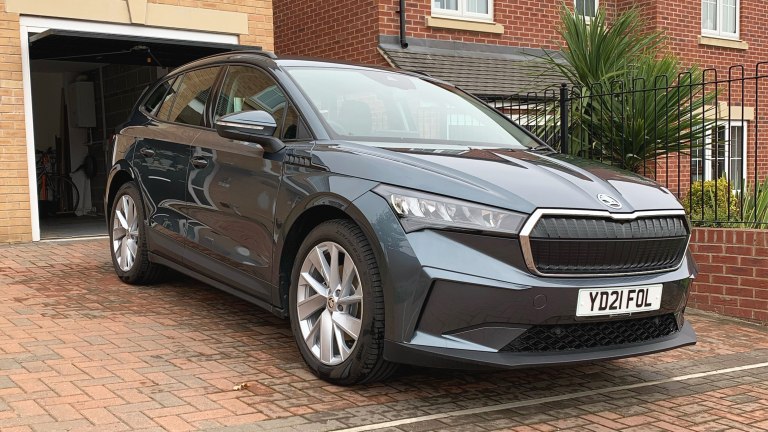 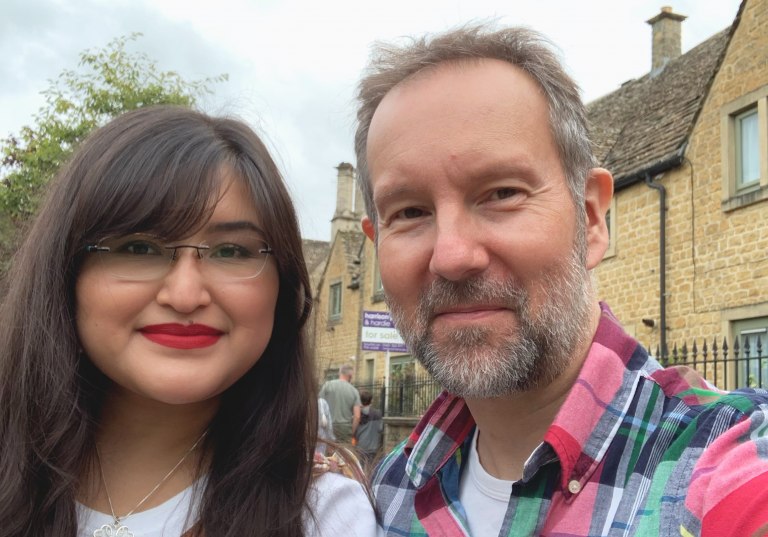 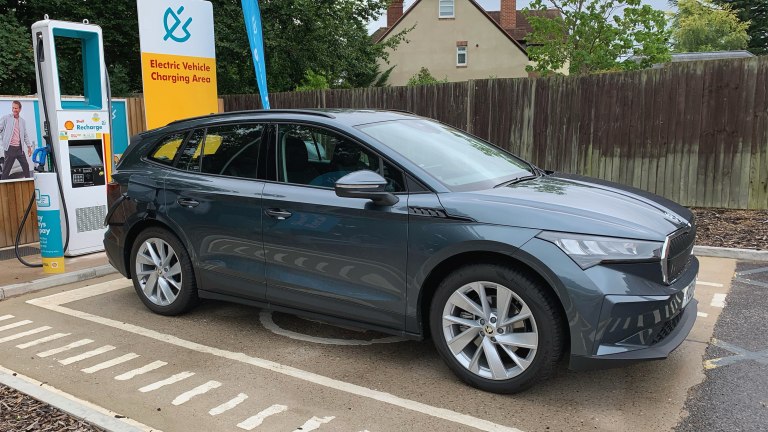