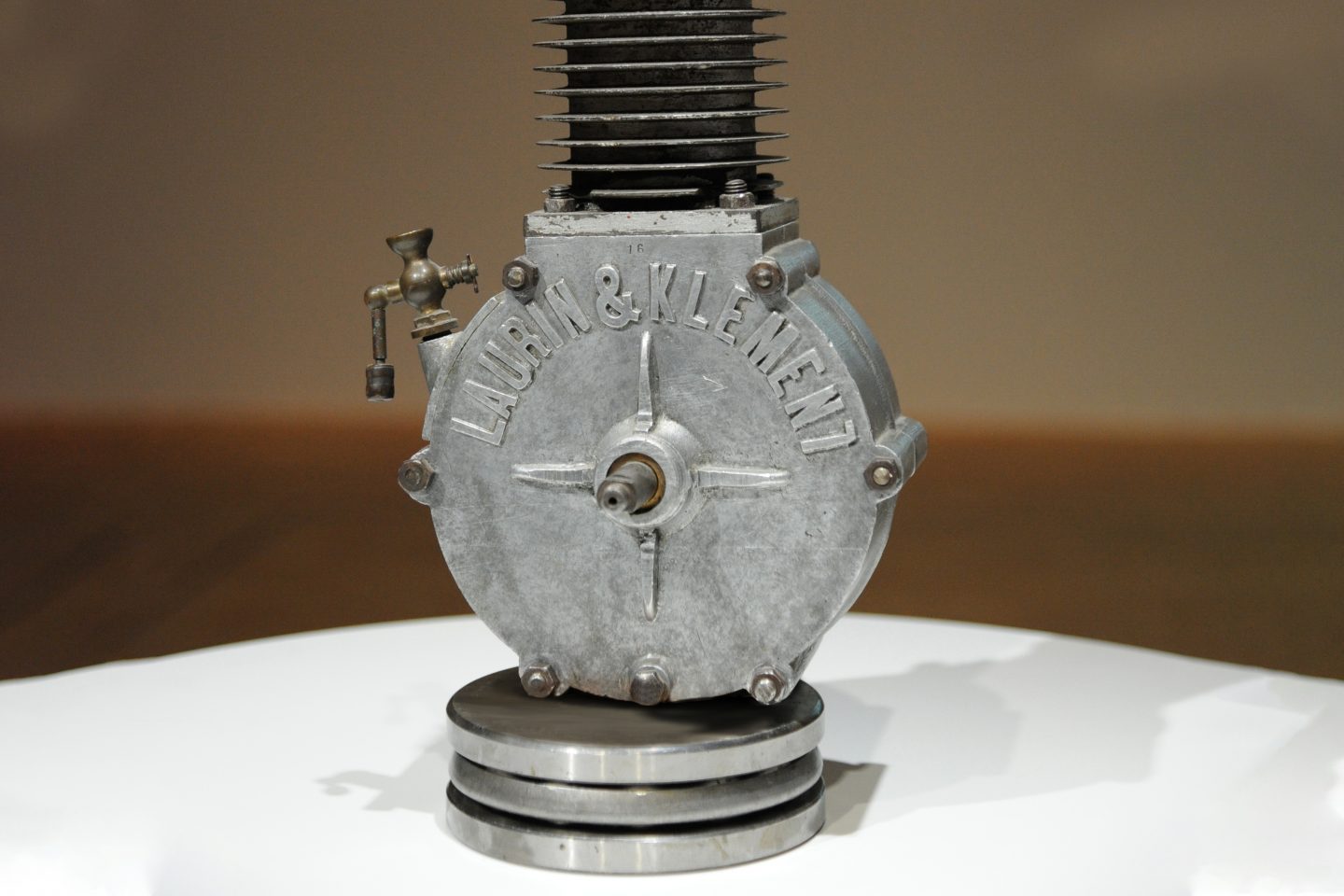 › 120 years of engine expertise: a portfolio that includes the first Central European eight-cylinder in-line engine (1907), aluminium engine blocks in the litre class (1964) and modern MPI units
› Around 20 per cent of all engines used globally within the Volkswagen Group are developed at the ŠKODA AUTO Engine Centre
› ŠKODA is the Volkswagen Group’s leading developer of MPI engines

Mladá Boleslav, 24 October 2019 – 120 years ago, on 18 November 1899, the Laurin & Klement company in Mladá Boleslav first presented motorcycles powered by single-cylindre-engines it had developed in-house. A few short years later came transverse two-cylinder engines and – unique at the time – four-cylinder in-line engines. 1905 saw the debut of the Voiturette A, the first automobile made in Mladá Boleslav. Soon, numerous advanced engines for motor vehicles, airplanes and other applications were added to the fledgling Czech company’s product portfolio, next year ŠKODA celebrates its 125th anniversary. The in-house developments proved their mettle on racetracks as well as in everyday traffic all over the world. ŠKODA AUTO’s expertise in the field of electric mobility dates back to the year 1908.

Christian Strube, ŠKODA AUTO Board Member for Technical Development, explains: “ŠKODA AUTO today counts among the longest-established car manufacturers in the world, with its innovative engine developments having made a substantial contribution to the global evolution of individual mobility across many generations. This tradition and experience inspire us to this day. Within the Volkswagen Group, ŠKODA AUTO plays a pivotal role in developing and producing engines. The engines made here are installed in several of the group’s vehicle types and platforms. More than one in five engine used in Volkswagen Group cars has been developed by ŠKODA AUTO.”

Engine development started 120 years ago with a one-cylinder engine
In spring 1899, less than four years after the establishment of Laurin & Klement, an auxiliary petrol engine was added to the company’s bicycle range. And 18 November 1899 saw the fledgling company introduce a motorcycle powered by engines designed in-house: the Slavia Type A with output levels of 1.25 PS and 1.75 PS. Engineer Václav Laurin also developed an innovative electric ignition and his own carburettor. 1902 marked the creation of the BB prototype featuring a transverse two-cylinder engine, with production of the V2-powered CC type starting the following year. In addition, the company also manufactured water-cooled engines.

September 1904 saw the signing of a licensing agreement for the production of L&K engines in Dresden under the “Germania” name, and one of the world’s first motorcycles to be powered by a four-cylinder engine, the Laurin & Klement type CCCC with four connected one-cylinder units, was also introduced that year. Following further engineering development, by 1905 this model already featured a common crankshaft and a rear wheel driven by a metal chain rather than a leather belt. The era of Laurin & Klement motorcycles, which continued into 1910, reached its zenith in spring 1905, with L&K winning the unofficial world championship in Dourdan, France.

Transitioning from motorcycles to automobiles
In April 1905, the first automotive engine made in Mladá Boleslav was presented in Prague, and by autumn, this engine had been built into the L&K Voiturette A, the brand’s first car. The water-cooled V2/55° litre-class engine produced an output of 5.2 kW (7 PS). During the following two years, the company also developed in-line engines with two and four cylinders. The Type FF (1907) eight-cylinder in-line engine was the first of its kind in Central Europe and a result of this development. The cooperation with inventor František Křižík culminated in a hybrid vehicle based on the type E featuring two electric motors controlled by rectifiers. Highlights of the L&K era include the FCR racing engine with an extreme, 250-mm stroke (1909) and the four-cylinder EL engine powering the first airplane with a Czech crew taking off from Czech soil in April 1910. In addition to engines for motor vehicles, the Mladá Boleslav plant also produced stationary internal-combustion engines, engines powering ploughs and electric power generators.

Large-scale engine production from 1929 onwards
In the 1920s, the L&K/ŠKODA range included sleeve valve engines as well as the ŠKODA 4R and ŠKODA 6R vehicle models with Ricardo combustion chambers. 1929 saw Mladá Boleslav start up assembly-line production of engines; the range-topping model was the ŠKODA 860 with an eight-cylinder in-line engine and a nine-bearing crankshaft. General maintenance for this new vehicle generation became easier with the introduction of steel cylinder liners, which first used “dry” and later (1937) “wet” cooling. In 1937, ŠKODA also transitioned from SV valve control to OHV. The flagship was the ŠKODA SUPERB, powered by a six-cylinder in-line engine. There was even a limited edition using 4.0-litre V8 engines (1939). In addition, ŠKODA developed affordable and very popular one-litre four-cylinder engines. Through consistent, ongoing optimisation, ŠKODA laid the foundations for reliable engines in the post-war era.

First aluminium die-cast engine blocks
The engine for the ŠKODA 1000 MB brought about a revolutionary departure for the Czech car maker. It had a die-cast aluminium engine block produced according to an original Czech patent, enabling a very low overall engine weight. This advanced production technology also proved its worth on the race track, for example in the ŠKODA 130 RS, the winner of its class at the 1977 Monte Carlo Rally. This innovative engine and production concept prevailed even after the introduction of the new ŠKODA front-wheel-drive vehicle generation in the shape of the ŠKODA FAVORIT in 1987.

Engine supplier to other Volkswagen Group brands
ŠKODA joined the Volkswagen Group in 1991, and by 1997, the car manufacturer from Mladá Boleslav already supplied engines to other Volkswagen Group brands. These engines, designed in-house, initially consisted of 1.0-litre powerplants delivering 37 kW/50 PS. 2001 marked the start of production for 1.2 HTP three-cylinder engines, which were also used in the VW Fox, VW Polo and Seat Ibiza. Eight years later, the 1.2 TSI launched a generation of economical and eco-friendly four-cylinder engines with direct injection. 4 September 2014 marked the opening of the new Mladá Boleslav Engine Centre, which further consolidates the key role played by ŠKODA AUTO in engine development.

Engines made in Mladá Boleslav are also used in Mexico, India and Africa
Today, the main ŠKODA AUTO plant in Mladá Boleslav produces type EA 211 engines with capacities from 1.0 to 1.6 litres for use in the EU as well as in Mexico, India and Africa. The most recent unit is the 1.0 MPI EVO, which has been in production since 2018, with outputs from 65 to 80 PS. The world’s biggest manufacturer of MPI engines is China with a share of around 60 per cent, produced in the Shanghai, Changchun and Chengdu plants. Vehicles for the Central and South American markets are equipped with engines from Brazil, while Russia produces engines for the local market.

The global production and vehicle assembly total for three- and four-cylinder MPI engines developed by ŠKODA AUTO in Mladá Boleslav is in excess of two million per annum. All engines developed by ŠKODA AUTO comply with the most recent requirements and emissions standards applicable in the relevant markets. ŠKODA AUTO engineers’ exceptional expertise is underscored by their involvement in the development of the racing engine for the successful ŠKODA FABIA R5 rally vehicle. In addition, ŠKODA AUTO engines are also used for industrial applications such as pumps and fire engines.

Comprehensive development and testing prior to volume production
The development process for modern engines is very complex and begins at the conceptual stage. Completion of the initial design is followed by simulations and calculations as well as the construction of prototypes. Numerous functional tests check key characteristics such as good acoustics. Next, experts contribute the necessary software and program the control unit. Endurance and performance tests are conducted in all climate zones to verify and assure the quality, reliability and durability of all engines used globally.

After the release for production, ŠKODA engineers test the units’ emissions characteristics and obtain type approval. The last step in the development process consists of integrating the engines in the group’s various platforms. In addition to petrol powerplants, ŠKODA AUTO also develops bioethanol and natural-gas (CNG) engines.

Milestones in the 120-year history of engine development and production in Mladá Boleslav:
1895 – Laurin & Klement company founded
1899 – Auxiliary engine for bicycles available as an accessory, the first L&K motorbike
1905 – Presentation of the first L&K automobile, the Voiturette A powered by a 1.0-litre V2 engine
1907 – The Laurin & Klement FF, the first eight-cylinder in-line engine of its kind in Central Europe
1908 – The first hybrid vehicle based on the type E
1910 – The EL, the first airplane engine
1925 – Merger of L&K with the ŠKODA company from the Czech town of Pilsen in order to create capacity for further growth
1937 – Changeover to OHV designs
1938 – “Wet” cylinder liners
1964 – Four-cylinder engine in the one-litre class for the Š 1000 MB vehicle, with a die-cast aluminium engine block, beginning of the era of rear-engined ŠKODA vehicles (1964–1990)
1987 – 1.3-litre all-aluminium transverse engine in the front-wheel-drive ŠKODA FAVORIT
1991 – ŠKODA becomes part of the Volkswagen Group
1997 – ŠKODA supplies 1.0-litre four-cylinder aluminium engines to other group brands
2001 – Start of production for 1.2 HTP engines
2009 – Start of production for 1.2 TSI turbo engines
2014 – Opening of the new Engine Centre in Mladá Boleslav 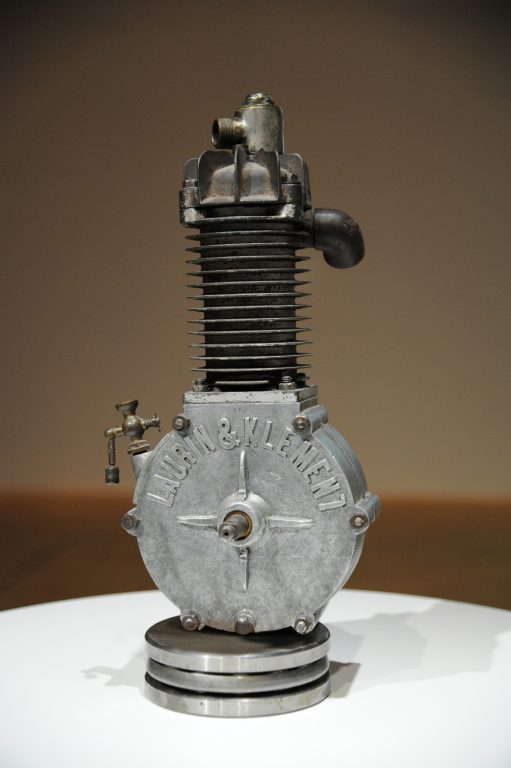 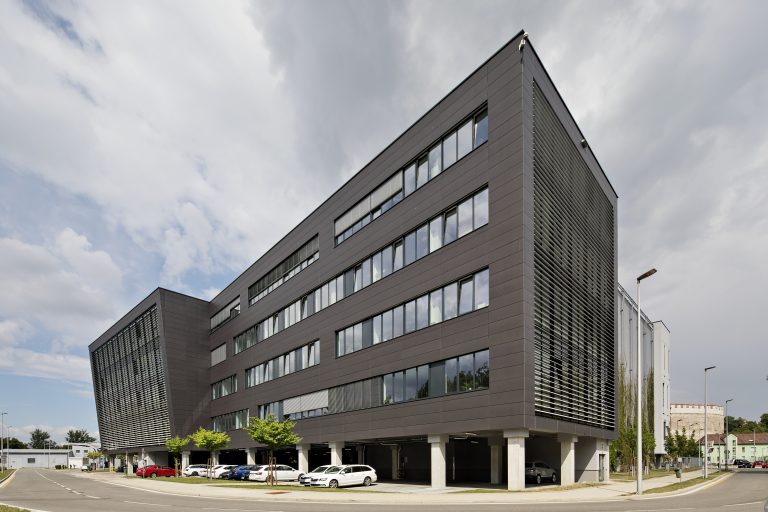 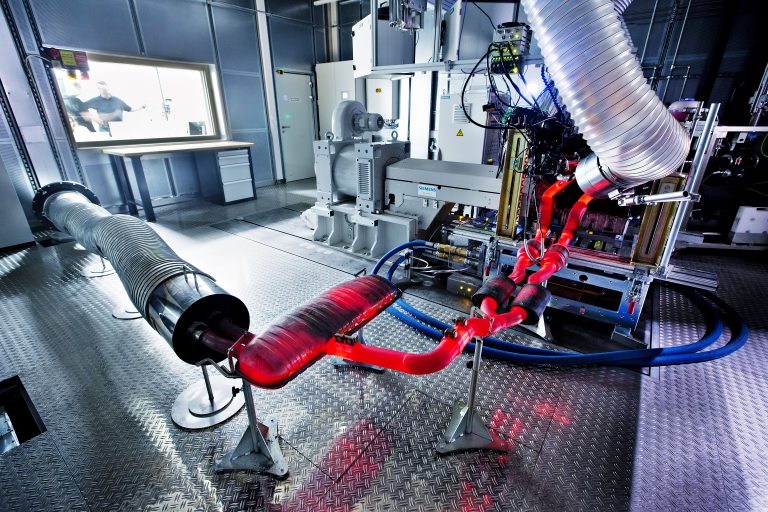 Behind the scenes: How engines are tested

Behind the scenes: How engines are tested