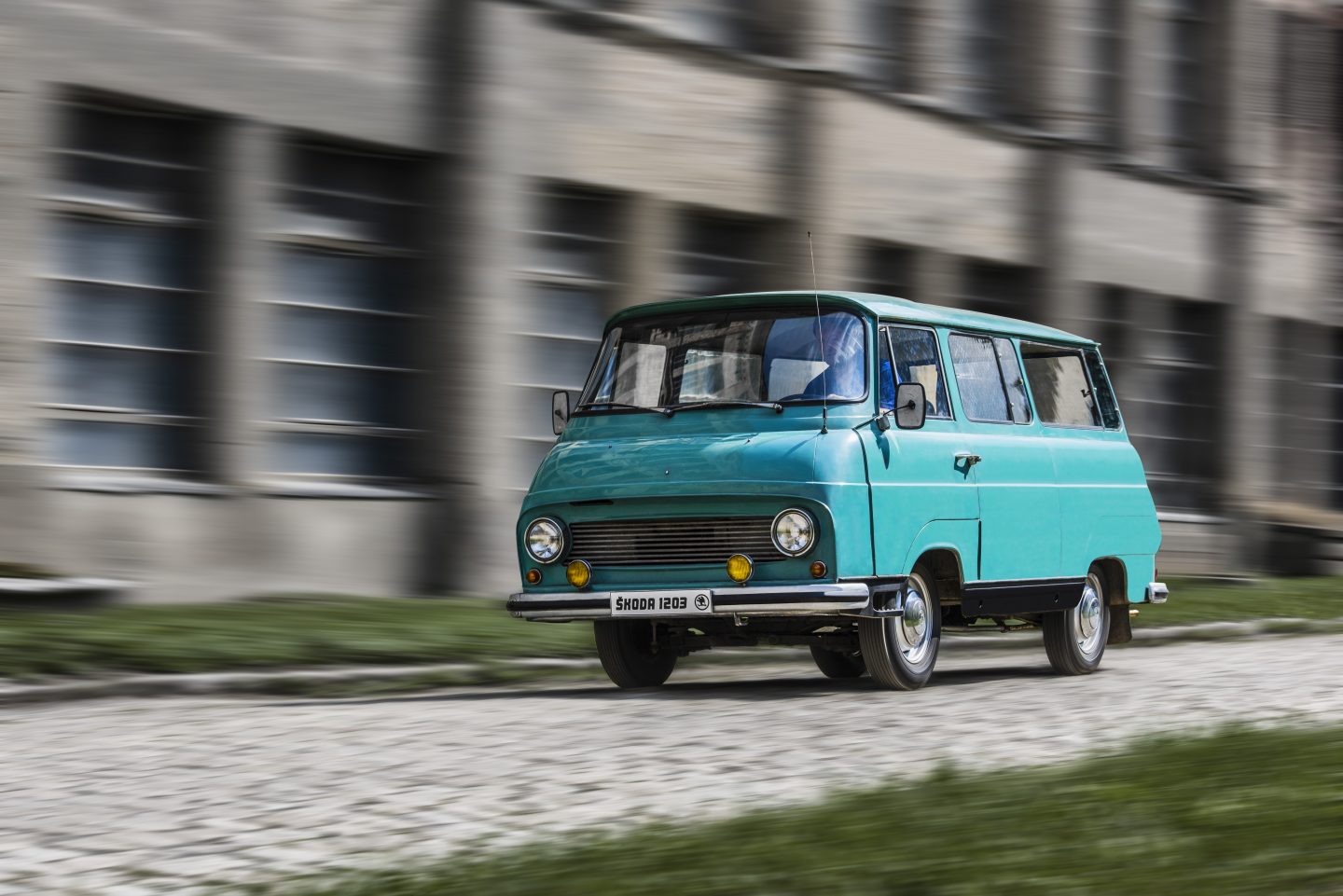 Mladá Boleslav, 14 September 2018 – The ŠKODA 1203, the most widely used Czechoslovak commercial vehicle of the 20th century, is celebrating its 50th birthday. The van, which was designed as a forward-control pickup, premiered on 14 September 1968 at an engineering fair in Brno. The ŠKODA 1203 was omnipresent in its day and literally accompanied Czechs and Slovaks from cradle to grave – because ambulance and hearse versions were available, as well as countless other variants including microbuses, delivery vans and trucks, workshop vehicles and many more. 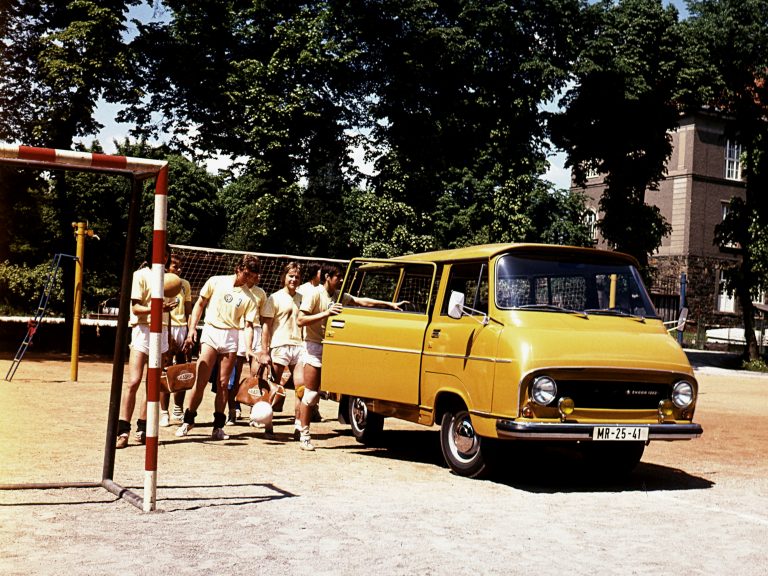 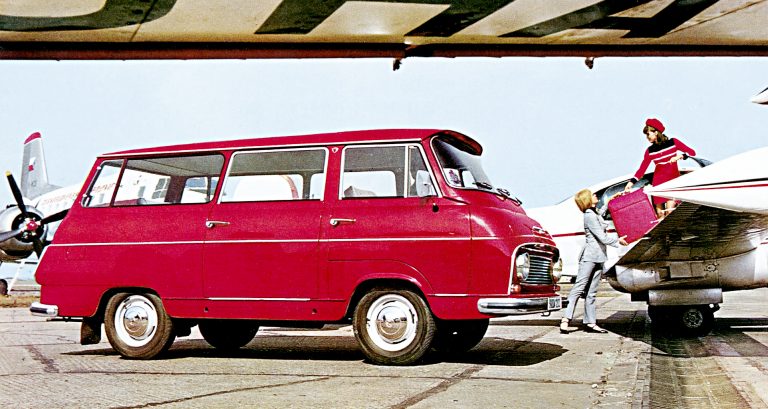 The history of the ŠKODA 1203 reflects many peculiarities of the centrally controlled planned economy in post-war Czechoslovakia. The development of a light commercial vehicle with an advanced self-supporting body in a practical one-box design had begun in Vrchlabí in the second half of the 1950s – but production was not launched until 1968. The ŠKODA 1203 celebrated its premiere on Saturday, September 14 1968 at the International Engineering Fair in Brno. However, the debut was overshadowed by the occupation of Czechoslovakia by the armies of five Warsaw Pact countries who invaded on 21 August 1968 in response to the ‘Prague Spring’ freedom movement. Nevertheless, the ŠKODA 1203 was the only newcomer to the domestic automotive industry to cause a sensation – and was to have a fascinating career ahead.

Pick-up truck in one-box design
The light commercial vehicles ŠKODA 1201 and 1202 were built at the Vrchlabí plant in the late 1950s. However, they were based on passenger car models and therefore only offered limited loading space and payload. Their central tube frame was also considered outdated. So, in the spring of 1956, engineers started developing a modern pickup truck. From the beginning, they followed a ‘cab-over’ body concept where the engine is placed at the height of the front seats. This means the transporter had no protruding engine compartment, which is nowadays referred to as a ‘one-box design’. This concept enabled optimal use of the enclosed space. The body of the ŠKODA 1203 was self-supporting, without the frame that had previously been commonplace. Since as many identical parts as possible needed to be used across the model range, the ŠKODA 1203 utilized numerous proven components from other ŠKODA models. The 1,221 cc OHV four-cylinder engine with an output of 49 hp (39 kW) was derived from the 1202. The cockpit instruments and taillights, on the other hand, unmistakably came from the ŠKODA 1000 MB. The high demand for the popular notchback model 1000 MB at home and abroad meant that from the middle of 1967, engine construction for the 1202 and the coming 1203 was successively relocated from ŠKODA’s main plant in Mladá Boleslav to a company called Kovosmalt in Trnava, Slovakia, which was later renamed Trnavské automobilové závody (Trnava Automobile Factory).

From ambulance to workshop vehicle
The series production of the ŠKODA 1203 started on November 20 1968, at the comprehensively modernized Vrchlabí factory, alongside its predecessor – the 1202, which continued to be produced until 1973. Initially, the ŠKODA 1203 was manufactured exclusively as a delivery van. With compact exterior dimensions of 4,520 mm in length, 1,800 width and 1,900 mm height, it offered 5.2 m3 of cargo space. The maximum payload of a respectable 950 kilograms was almost equal to its unladen weight of 1,170 kilograms. The maximum speed was 90 km/h; its consumption – then measured at a steady 60 km/h – was 11 liters of petrol per 100 kilometers. A sheet metal wall with a window separated the two-seater cab from the loading area. A wide side-sliding door on the right side and the horizontally split tailgate gave a generous and flexible access to the cargo space.

By 31 December, 192 of these delivery vans had been produced – plus three microbuses with all-round glazing. Later, ŠKODA expanded the range to include numerous derivatives – from platform trucks, workshop vehicles and hearses to the ambulances that were a common sight on Czechoslovak roads.

The ŠKODA 1203 was sold exclusively to the ‘communist sector’, i.e. state-owned enterprises or cooperatives. Private customers had to be patient until these vehicles were retired to be sold on as used vehicles. The reason for this was not only the lack of them, but mainly due to their nature as commercial vehicles; private industry was undesirable in communist Czechoslovakia.

Monopoly position in the Czechoslovak commercial vehicle market
The ŠKODA 1203 was not only homologated for the domestic market and other Eastern bloc countries, it was also sold on the French and Belgian markets as well as further afield in exotic locations such as Egypt. Two extended custom-built versions were used in numerous international settings from 1971 onwards, serving, for example, as racing transporters for the ŠKODA 100 L, which started in the European Touring Car Championship.

The production of the ŠKODA 1203 ended at the Vrchlabí plant in 1981 after 69,727 vehicles had been built. Production of the all-rounder continued with many technical optimizations at the car factories in Trnava, Slovakia, until the second half of the 1990s.

In its homeland, the 1203 is considered to be an icon of automotive and popular culture – not only for the fact that it almost monopolized the commercial-vehicle sector for almost a quarter of a century; it was immortalized thanks to its numerous appearances in Czechoslovak film and television productions.