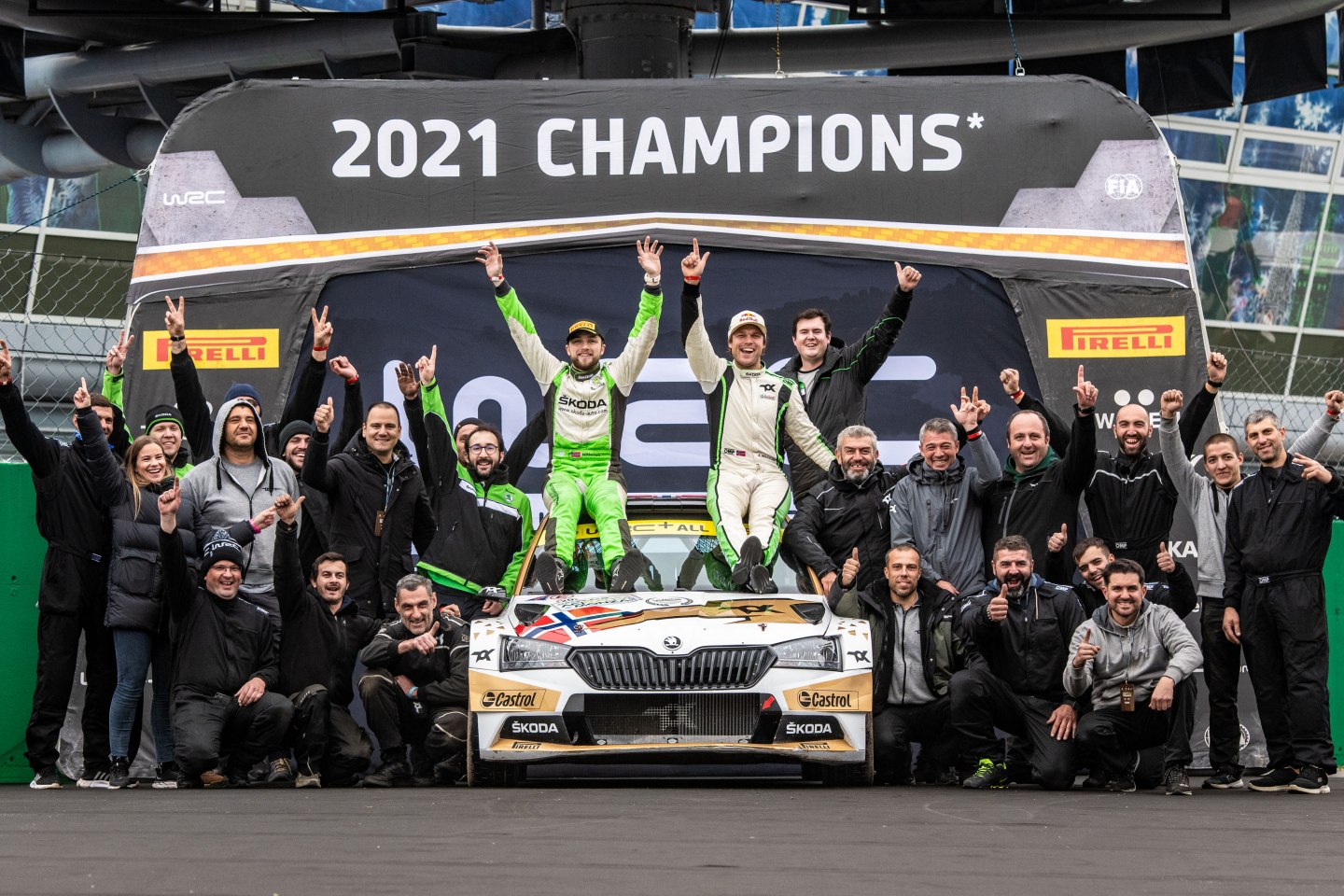 Monza (ITA), 21 November 2021 – The FIA Rally World Championship came to a close with the ACI Rally Monza (19-21 November 2021). With roughly half of the stage distance competed on and around the famous Formula One track, ŠKODA drivers Nikolay Gryazin from Russia and Enrico Brazzoli from Italy collected enough points for Movisport to win the WRC2 Teams’ Championship* by one single point. Kajetan Kajetanowicz (ŠKODA FABIA Rally2 evo) from Poland came second overall in the WRC3 Drivers’ Championship*.

From the word go, the fight for category lead was on between Mikkelsen and Gryazin. As it turned out, luck was only on the Russian’s side. While Mikkelsen lost a full two minutes while changing a punctured tyre in stage 6, Gryazin came away with only a 45 seconds time loss after hitting a concrete block in the same test. With the two fastest drivers in trouble, Bulacia reached the first leg’s finish as WRC2 leader. But the next morning, it was the young Bolivian’s turn to destroy and eventually loose a wheel. That saw Gryazin relegated back to the category lead.

Although Andreas Mikkelsen took back some seconds by scoring a couple of WRC2 stage wins and Marco Bulacia restarted on Sunday, it was to no avail for Toksport WRT. With Gryazin winning and Brazzoli fourth, Movisport collected enough points, to finally take the WRC2 Teams’ Championship*.

Meanwhile in WRC3, ŠKODA FABIA Rally2 evo driver Kajetan Kajetanowicz of Polish Team Orlen and Frenchman Yohan Rossel came to the 2021 season’s finale as the only title contenders. Already the first leg showed, that Rossel was a touch faster on the mountain roads while Kajetanowicz and co-driver Maciej Szczepaniak held the upper hands on the Autodromo Nazionale stages. So, the triple FIA European Rally Champion (2015-2017) was not worried too much, when the Sunday started with him trailing Rossel by a mere 2.6 seconds. With the final stages all inside the race track’s compound, favour should be on his side.

In the penultimate stage, Kajetanowicz overtook his French rival. With only 1.6 seconds separating both, the final Powerstage had to decide the duel. And what a thriller that was: Rossel finished the 14.62 kilometres test 4.7 seconds faster than Kajetanowicz. The ŠKODA FABIA Rally2 evo from Poland finally had to be content with second overall in WRC3. Because Rossel changed his navigator during the season, at least Szczepaniak was crowned WRC3 Co-Drivers’ Champion*. “It was a fantastic battle to finish an amastin season,” Kajetanowicz concluded. Four more ŠKODA FABIA Rally2 evo crews made it into the WRC3 top 10.

ACI Rally Monza finished off the 2021 FIA World Rally Championship. Next season kicks off with the legendary Rallye Monte-Carlo, 20 to 23 January 2022. 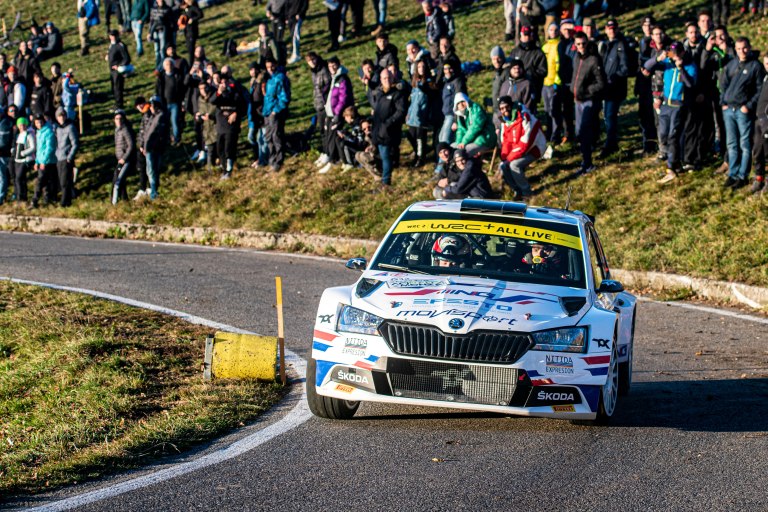 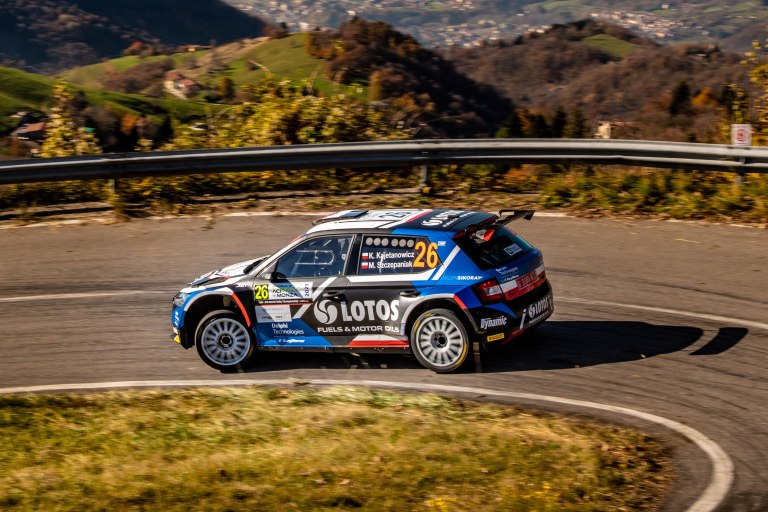 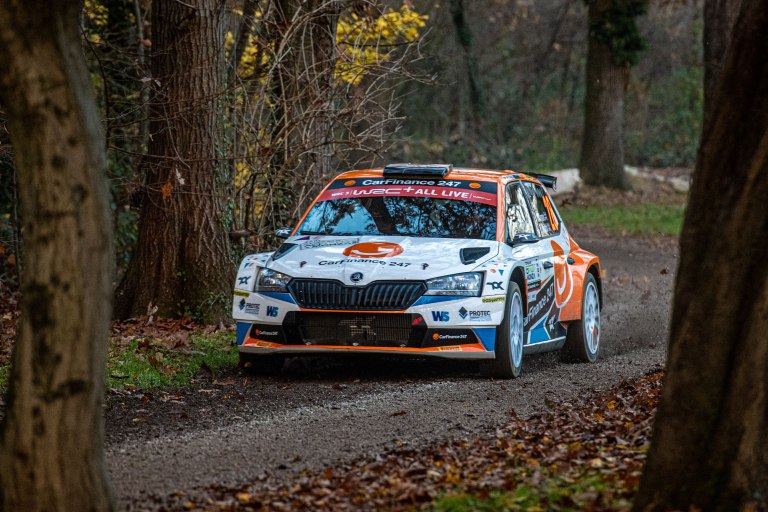 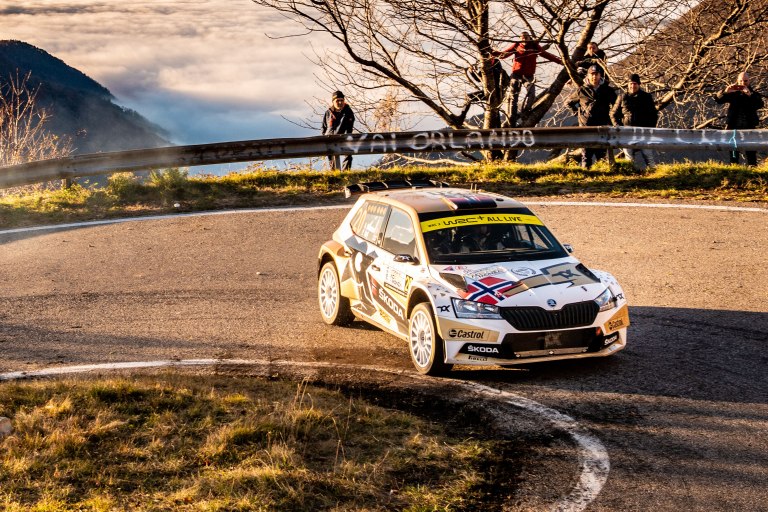 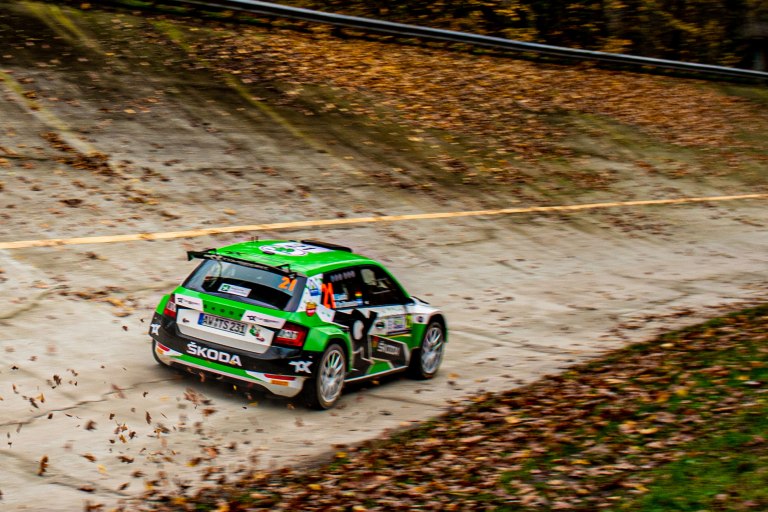 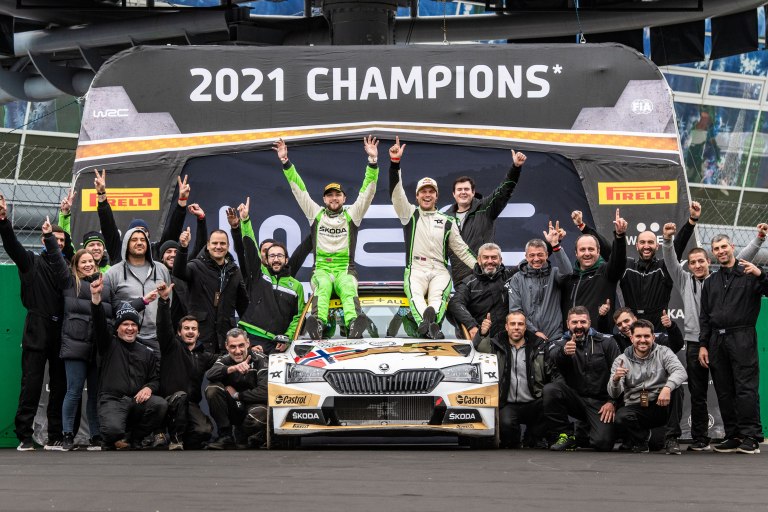