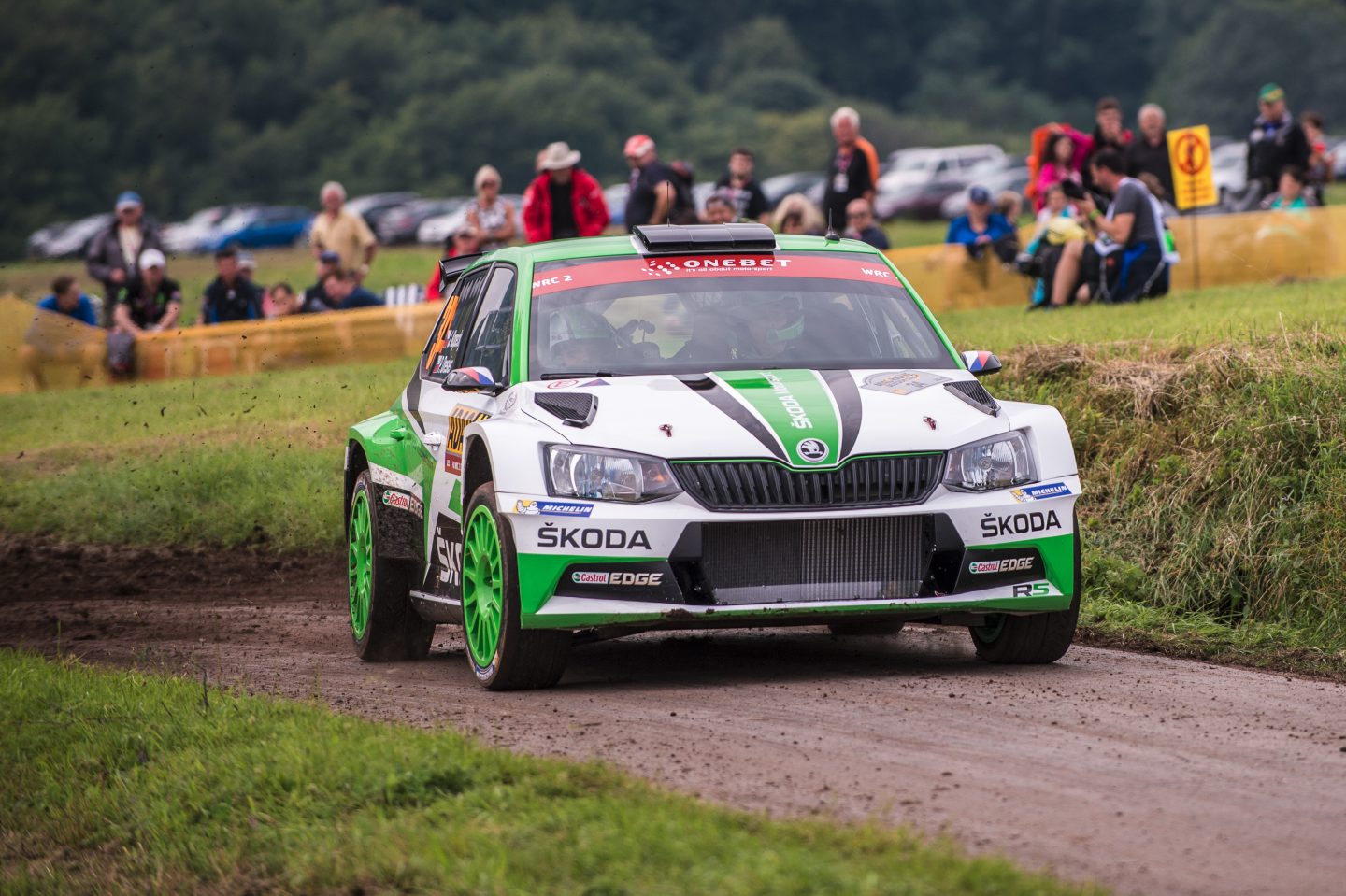 Bosen/Germany, 18 August 2017 – ŠKODA Motorsport crews Jan Kopecký/Pavel Dresler (CZE/CZE) and Pontus Tidemand/Jonas Andersson (SWE/SWE) are holding a double lead after the opening day of ADAC Rallye Deutschland. Already on Thursday evening on the opening street stage in Saarbrücken Czech Rally Champion Kopecký wrote history: After the ŠKODA FABIA R5 driver won the first stage, for the first time ever a WRC 2 car took the overall lead of a World Championship rally. During Friday Kopecký defended his lead in the WRC 2 category with 5.8 seconds ahead of teammate Pontus Tidemand. If the result is the same at the finish on Sunday, ŠKODA Motorsport’s Swede would prematurely secure his World Champion title in WRC 2. 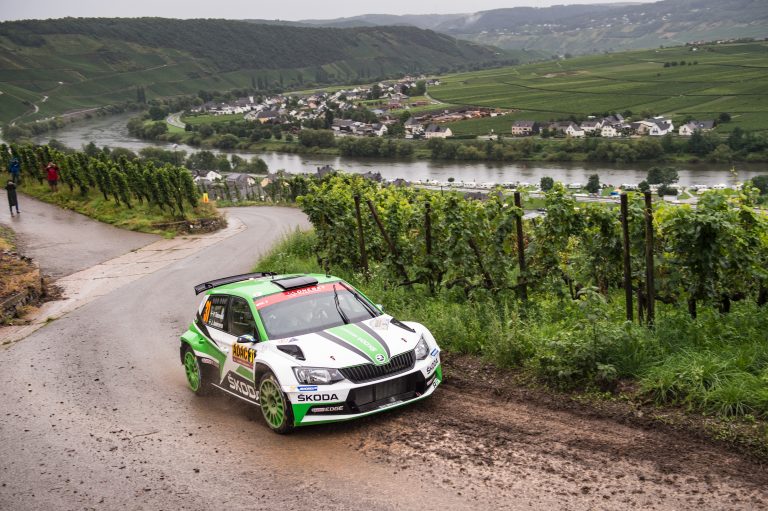 The first leg of ADAC Rallye Deutschland, tenth round of the FIA World Rally Championship 2017, featured a mixture of fast and narrow asphalt roads in the Saarland region as well as tricky and small tracks with uncountable hairpins in the vineyards along the river Mosel. During the morning loop, light rain and a mixture of dry and damp sections on the stages caused unpredictable road conditions. “I thought there would be more wet sections on the stages. So I opted for soft tyres, which was maybe not the best choice,” said Jan Kopecký who was in the lead after five stages with 5,9 second ahead of teammate Pontus Tidemand. “I overshoot a junction in the last stage, but apart from that, I had no problems,” commented the WRC 2 championship leader from Sweden.

After the midday break it started to rain heavily for the repeat of the morning loop. After a cautious approach in the first vineyard stage after the break, Tidemand set the fastest time in the next test and secured his second position. Although Jan Kopecký suffered a slow puncture, the ŠKODA FABIA R5 driver kept his lead until the end of the Friday leg.

ŠKODA Motorsport boss Michal Hrabánek was delighted with the performance of the team’s drivers. “Jan and Pontus are demonstrating their supreme driving skills under extremely difficult weather conditions. They were fast, very concentrated and showed a faultless performance.”

On Saturday the legendary military area of Baumholder with gruelling and fast tank tracks on rough concrete, framed by massive rocks (the infamous “Hinkelsteins”), is waiting for the drivers. After the rainy Friday, the weather forecast promising sunshine for the rest of the rally is much more friendly. If main rival Teemu Suninen doesn’t win the category Pontus Tidemand needs to finish at least in fourth position to be crowned the new World Rally Champion in WRC 2.

Number of the day: 1
For the first time ever in the history of the FIA World Rally Championship a WRC 2 car was leading overall – when Jan Kopecký won stage number one.