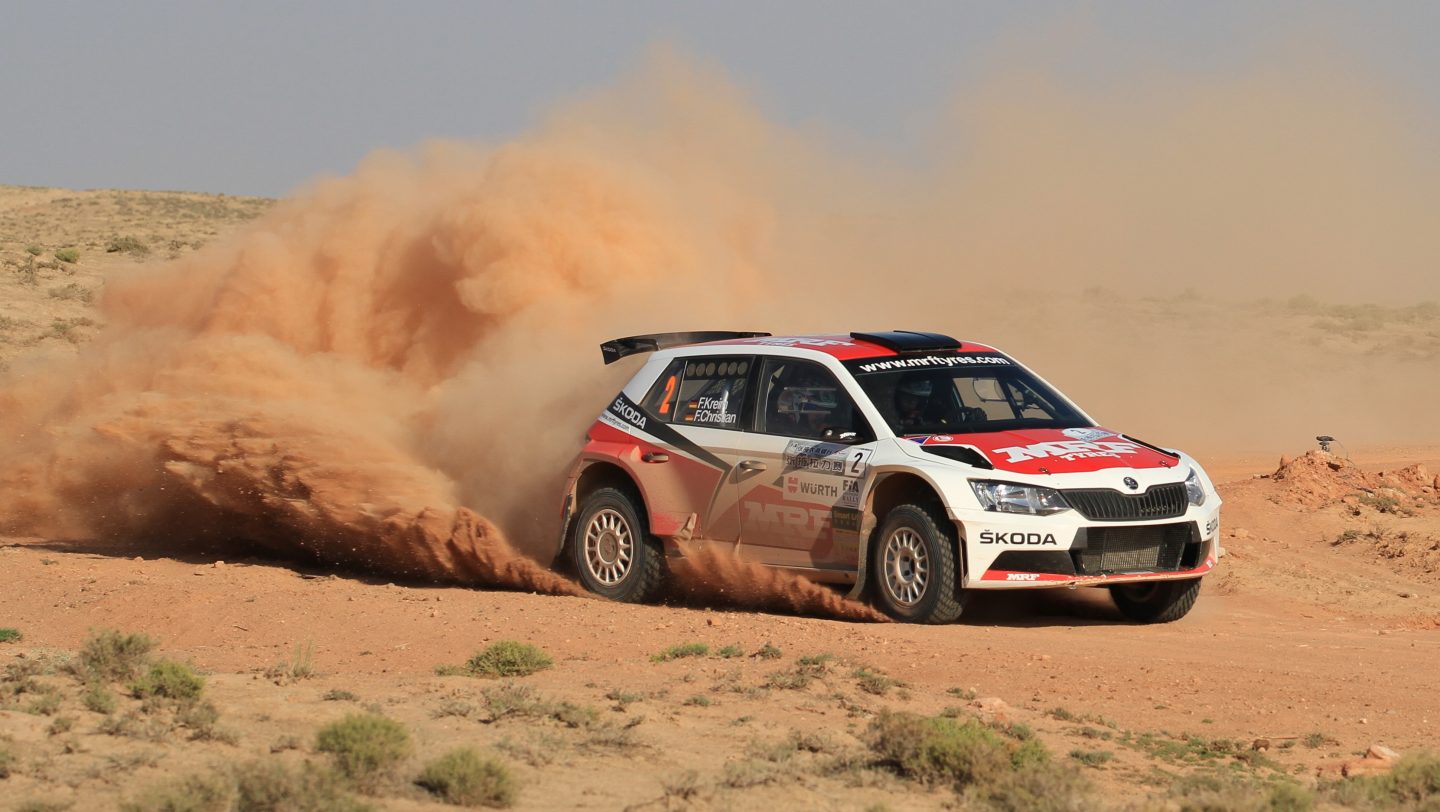 › Fourth race in the FIA Asia-Pacific Rally Championship (APRC) from Friday to Sunday at the Rally Hokkaido in Japan
› ŠKODA duo Gaurav Gill/Glenn Macneall travel to the race as championship leaders after claiming three wins out of three so far this season
› Fabian Kreim/Frank Christian gunning for their first APRC triumph
› Michal Hrabánek: “Victory would be an important step towards defending our APRC title”

Mladá Boleslav, 19 September 2016 – ŠKODA has set its sights on victory at the fourth race of the FIA Asia-Pacific Rally Championship (APRC), a win that would further increase the chances to clinch the title with races still to come. Gaurav Gill/Glenn Macneall (IND/AUS) from the ŠKODA MRF team have recorded three wins in three APRC races so far and travel as championship leaders to the 15th Rally Hokkaido, which takes place from Friday to Sunday. Fabian Kreim/Frank Christian (D/D), who lead the German Rally Championship (DRM), are the second ŠKODA pair in the land of the rising sun and are out to claim the first APRC victory of their career. 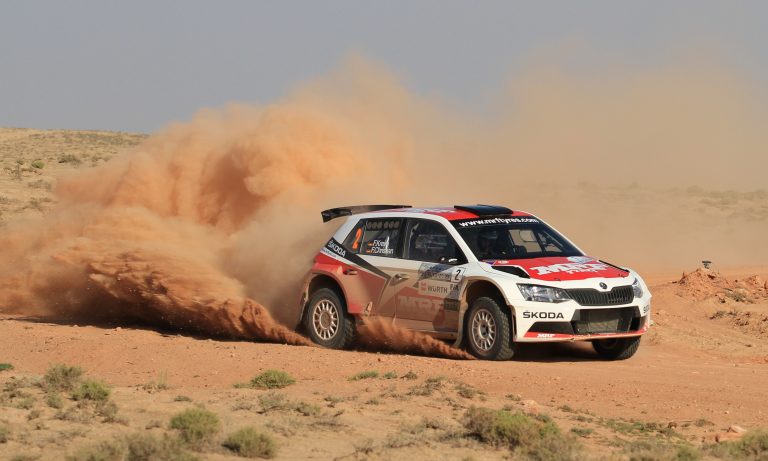 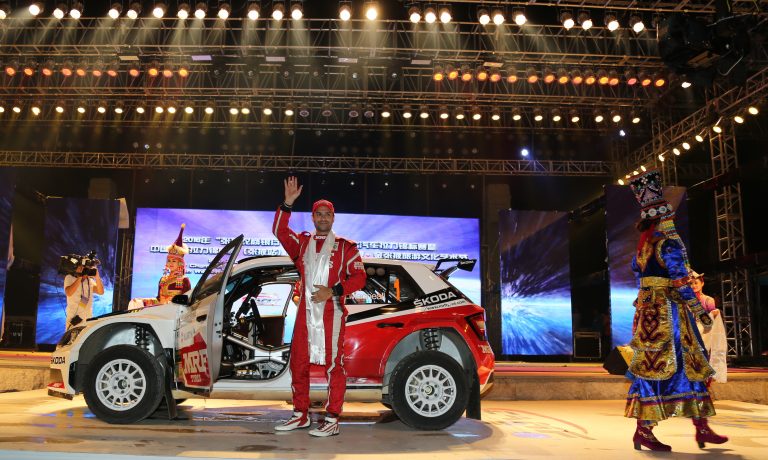 “In Japan, we can take an important step towards defending our APRC title at the Rally Hokkaido. We are represented by two strong driving teams, who will both want to fight for the win,” says ŠKODA Motorsport Director Michal Hrabánek, adding: “The ŠKODA drivers have already recorded three wins and three more podium finishes in the APRC this season, proving that our ŠKODA FABIA R5 is a great rally car. Another win would allow us to extend our lead in the Manufacturers’ Championship.” ŠKODA is currently 38 points ahead of Subaru with three rallies remaining and aiming for a fifth consecutive APRC title.

This year, the Rally Hokkaido is being held for the 15th time and will take place around the city of Obihiro on the island of Hokkaido. Sapporo, which hosted the Winter Olympics in 1972 and is the largest city on the island, is approximately two and a half hours from the rally HQ. A total of 18 special stages are scheduled, over a combined distance of 220.02 kilometres. The routes around Obihiro often become very slippery in cool conditions early in the morning, and in the evening. The experienced ŠKODA MRF team know how to deal with these conditions: in the last three years, ŠKODA drivers Gaurav Gill, Jan Kopecký (CZ) and Pontus Tidemand (S) have all triumphed at the rally, which aficionados say is reminiscent of the World Rally Championship event in Wales.

Gaurav Gill aims to extend his Drivers’ Championship lead in Japan and maintain his perfect record with a fourth APRC win of the season: “The season has been perfect for us so far. We have been able to build up a bit of a lead over Fabian Kreim. We want to extend this lead, but we know how strong Fabian is, so it won’t be easy.”

Gill leads the overall APRC standings with 115 points at the halfway point of the season. Kreim is 29 points behind in second place and still has every chance of claiming the title. The German driver is competing in the APRC for the first time this season and has delivered some convincing performances, claiming two second-place finishes and a third place in China. “The APRC is uncharted territory for me but I am satisfied with my performances and results so far. Of course it would be great to win, but Gaurav Gill is hard to beat. And, unlike me, he knows the rally,” says Kreim.

… the ŠKODA Fabia R5 is competing in Japan for the first time? Last season, Swedish driver Pontus Tidemand won the Rally Hokkaido for ŠKODA, but he did so in the ŠKODA FABIA SUPER 2000. The ŠKODA FABIA R5 made its debut on Asian soil at the APRC season finale in China.

… the current APRC leader Gaurav Gill has won the championship before? He claimed overall victory with the ŠKODA FABIA SUPER 2000 in 2013. He is the first Indian driver to win the APRC.

… the Rally Hokkaido was also part of the FIA World Rally Championship (WRC) in 2004, and was officially renamed the “WRC Rally Japan”? The organisers went their separate ways again in 2005. The Rally Hokkaido returned to its more familiar name and remains part of the APRC.

… Hokkaido enjoys a climate similar to that of the northern regions of France and Italy? Winters on Hokkaido are generally regarded to be longer and harder than those in Europe.

… Hokkaido is famous primarily for major sports events as a result of these long and hard winters? The city of Sapporo hosted the Winter Olympics in 1972 and the Nordic World Ski Championships in 2007.

… Japanese ski-jumping legend Noriaki Kasai hails from the island of Hokkaido? The 44-year-old first saw the light of day in Shimokawa. He became world ski-jumping champion in 1992 and won a total of nine medals at the Nordic World Ski Championships and the Winter Olympics. Kasai is still active in winter sports.

… Butadon is the culinary speciality of this region of the country? Chunks of pork are grilled over charcoal and then served with a special sauce. Butadon is just as important to Obihiro as Peking Duck is to Beijing.

… the Hokkaido pumpkin goes by another name in Japan? The big orange pumpkins are popular the world over, and are known as Uchiki in Japan. It has been suggested that this variety got its name as it was cultivated at the end of the 19th century from a type of pumpkin, which was bred for domestic use in 1887 by an American agricultural consultant on the island of Hokkaido.

ŠKODA at the APRC rally in Japan

ŠKODA at the APRC rally in Japan