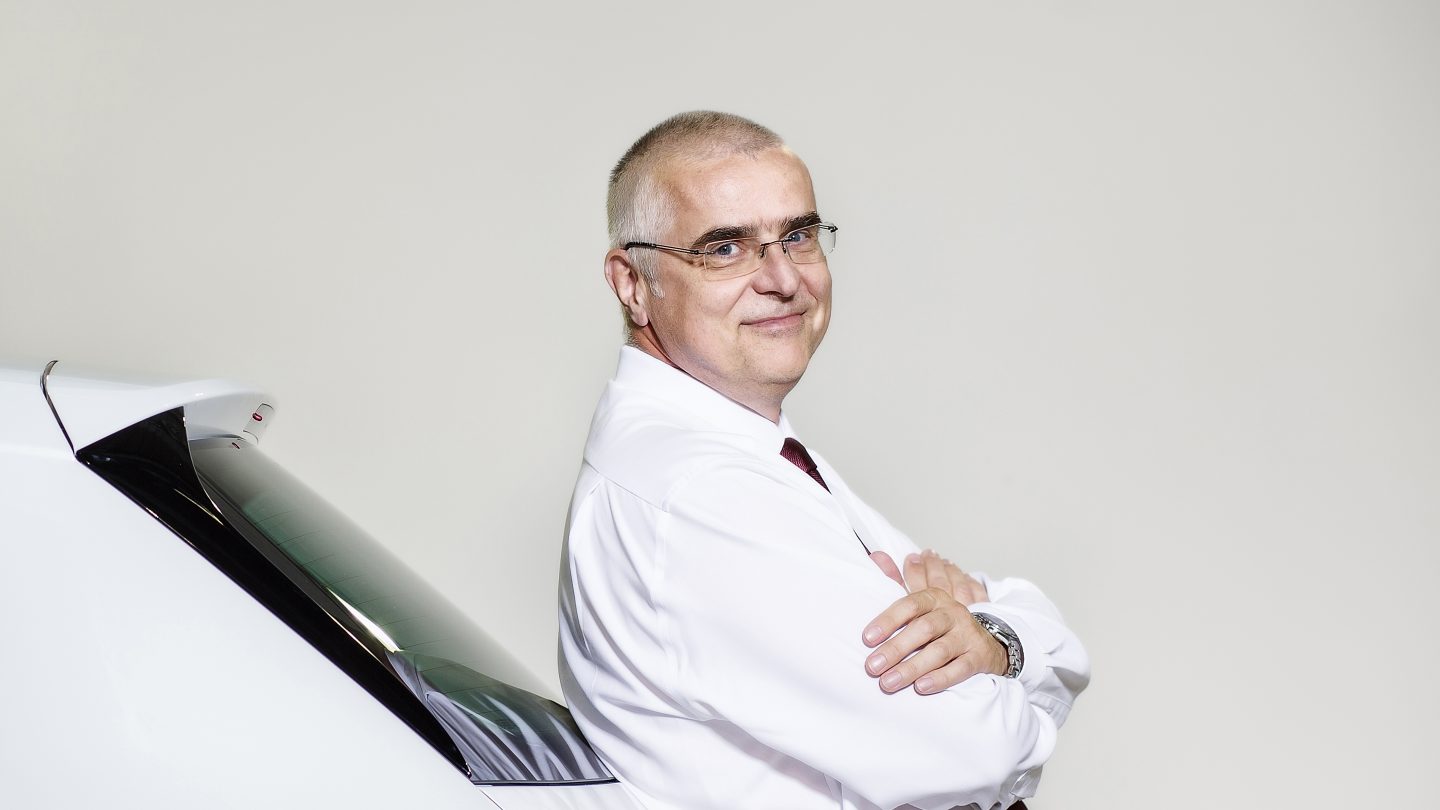 › From 1 July 2019, Kvasiny Plant Manager Jiří Černý will take on his new role running the SAIC Volkswagen Automotive Company Limited plant in Ningbo, China
› Under Jiří Černý’s management, the Kvasiny site underwent the most comprehensive modernisation and largest expansion in its history
› Miloš Halbich will take over running the ŠKODA AUTO Kvasiny plant from 1 July 2019 and will be responsible for the production of the SUPERB, KODIAQ and KAROQ

Mladá Boleslav / Kvasiny, 6 May 2019 – Jiří Černý, manager of the ŠKODA AUTO Kvasiny plant, will take on a new role within Volkswagen Group from 1 July 2019. The 56-year old is moving to China to run the SAIC Volkswagen Automotive Company Limited production plant in Ningbo. Miloš Halbich will take over as his successor from 1 July.

Michael Oeljeklaus, ŠKODA AUTO Board Member for Production and Logistics, emphasised the departing plant manager’s great commitment to the site, “With Jiří Černý in charge, ŠKODA AUTO’s Kvasiny factory has undergone the most comprehensive modernisation in its history as a ŠKODA production site, which spans more than 70 years. Jiří Černý and his team have prepared Kvasiny for the requirements of electromobility and significantly increased its capacity. These are both important aspects for the company’s continuing growth and strategic objectives. In Miloš Halbich, the factory is gaining an experienced manager who knows the automotive industry and our brand inside out. I’m convinced that he will successfully continue to develop the Kvasiny site with its approximately 9,000 employees, as well as increase expertise there.”

Jiří Černý had already held numerous executive positions in the automotive industry, before joining ŠKODA AUTO and taking on the role of Kvasiny Plant Manager in 2014. His notable achievements not only include radically modernising and expanding the manufacturing location, but also strengthening the trusting collaboration with representatives of the region and the municipality.

Production of all of the model ranges currently manufactured at the Kvasiny factory started under the management of Černý: the third generation of the brand’s flagship, the SUPERB, and the successful KODIAQ and KAROQ SUVs. Whilst the plant’s production capacity was 166,000 vehicles per year when Černý first took over in 2014, this had increased to 310,000 by 2018 as a result of comprehensive renovations. Kvasiny thus exceeded the mark of 300,000 passenger cars produced in one year in 2018.

Furthermore, Jiří Černý and his team have prepared the plant for the production of the brand’s future electric cars. In 2019, ŠKODA is launching its comprehensively revised ŠKODA SUPERB and entering the era of electromobility with a plug-in-hybrid variant – both of which will be manufactured in Kvasiny.

In his new role at the SAIC Volkswagen Automotive Company Limited Ningbo plant in China, Jiří Černý will be responsible for the production of the ŠKODA OCTAVIA and ŠKODA KAROQ model ranges.

His successor, 53-year-old Miloš Halbich, will take over running the Kvasiny plant from 1 July. Halbich will bring with him extensive experience from various managerial positions in the automotive industry. He is currently responsible for the production of the ŠKODA FABIA and the ŠKODA SCALA at the Mladá Boleslav factory.