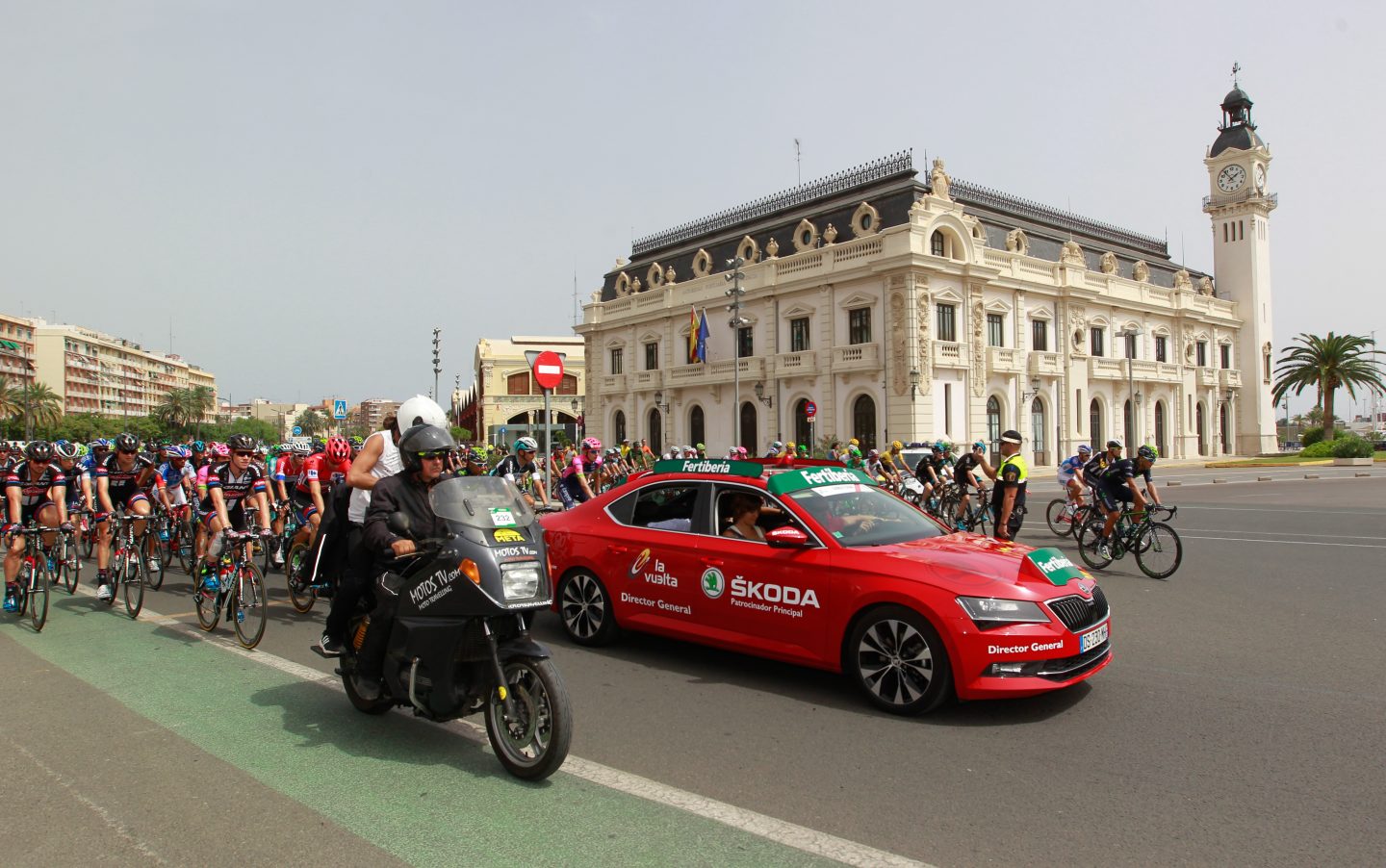 › ŠKODA has been the official partner of the ‘Vuelta’ since 2011, and is now second time partner of the Green Jersey
› New ŠKODA SUPERB leads the field as ‘Red Car’; ŠKODA to provide more than 70 organisation and support vehicles
› ŠKODA offers the latest sports information, live reports and videos related to cycling at www.WeLoveCycling.com and www.facebook.com/skoda-cycling
› Strong Tradition: bicycle manufacturing by Václav Laurin and Václav Klement laid foundation stone for the corporate success story 121 years ago

Mladá Boleslav, 19 August 2016 – Just four weeks after the winners of this year’s Tour de France raised crystal glass sculptures designed by ŠKODA into the sky above Paris, the next cycling highlight will be starting next Saturday with the ‘Vuelta’. This year, ŠKODA will be at the start of the Tour of Spain for the sixth time as the official partner. The ‘engine of cycling’ will be providing the event organisers with more than 70 vehicles. A ŠKODA SUPERB will be leading the riders as the ‘Red Car’. In addition, the brand will once again be partner for the Green Jersey for best sprinter. The 71st Tour of Spain takes place from 20 August to 11 September, over 21 stages covering 3,315 kilometres.

After the Tour de France and the Giro d’Italia, the Vuelta a España is one of the most important stage races in the world; it starts next Saturday with the Team Time Trial covering 29.4 kilometres in the region of Galicia in the far northwest of Spain. The climbing specialists, in particular, will have an important say in the fight for the Red Jersey, worn by the overall winner, especially in the light of ten summit finishes. The 196-kilometre crowning stage of this year’s ‘Vuelta’ leads the riders across the border to France and the legendary Pyrenean climb Col d’Aubisque on 3 September. The winners will be announced in Madrid On September 11.

“Every year, millions of people eagerly follow the ‘Vuelta’ cycling action – either live along the route or at home in front of the television screens,” says Werner Eichhorn, ŠKODA Board Member for Sales and Marketing. “We are looking forward to this cycling highlight, which ŠKODA has been supporting as the official partner since 2011, and as the second-time partner of the Green Jersey. Of course, a special highlight is the use of the SUPERB as the official ‘Red Car’”. In 2014 ŠKODA extended their ‘Vuelta’ and Tour de France sponsorship until 2018. The agreement also includes other international cycling classics.

As in previous years, ŠKODA will be sending a strong fleet to the Spanish cycling show. More than 70 cars from Mladá Boleslav will be used as escort vehicles in the 21 stages – primarily ŠKODA OCTAVIA COMBI and ŠKODA SUPERBs. Over the years, the Czech carmaker’s models have impressively demonstrated their high reliability and versatility. During their three-week deployment across Spain, the ŠKODA fleet covers around half a million kilometres. Since 2011, the total distance driven adds up to more than 2.5 million kilometres – and all without a single breakdown.

Driving alongside the cycling pros, the ŠKODA SUPERB will be drawing attention over the coming weeks: the car leads the field of competitors as the ‘Red Car’ and serves the organizers as a mobile control centre. Appropriately, the SUPERB limousine is finished in the colour ‘Corrida-Red’.

In addition, ŠKODA AUTO and ŠKODA Spain will be accompanying the sponsorship with a high-profile publicity campaign. ŠKODA’s website WeLoveCycling.com features live reports, videos and a wide range of information about the fascinating world of cycling. Fans can also receive the latest updates from ŠKODA on their Facebook wall facebook.com/skoda-cycling.

ŠKODA is the ‘engine of cycling’
ŠKODA’s commitment to cycling demonstrates the special relationship the brand has to the sport: The carmaker’s history began 121 years ago in 1895 with Václav Laurin and Václav Klement founding their bicycle production workshop in Bohemian Mladá Boleslav – the location of the brand’s headquarters today. Cycling has traditionally been a cornerstone of ŠKODA’s sponsorship strategy. This year, ŠKODA was the official sponsor and partner of the Tour de France for the 13th time and since 2015 is as well the partner of the Green Jersey for best sprinter. In addition, the car manufacturer supports other international and national cycling competitions and grass-roots cycling events. Last but not least, ŠKODA’s extended product portfolio includes practical accessories for amateur cyclists as well as bicycles. 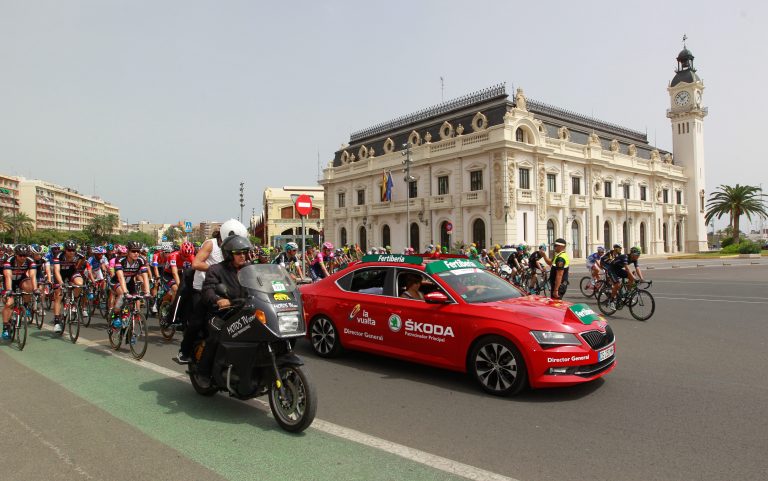 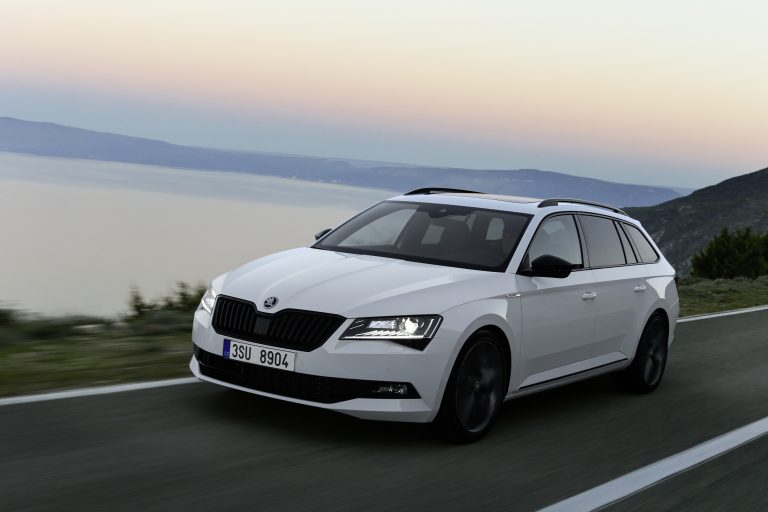 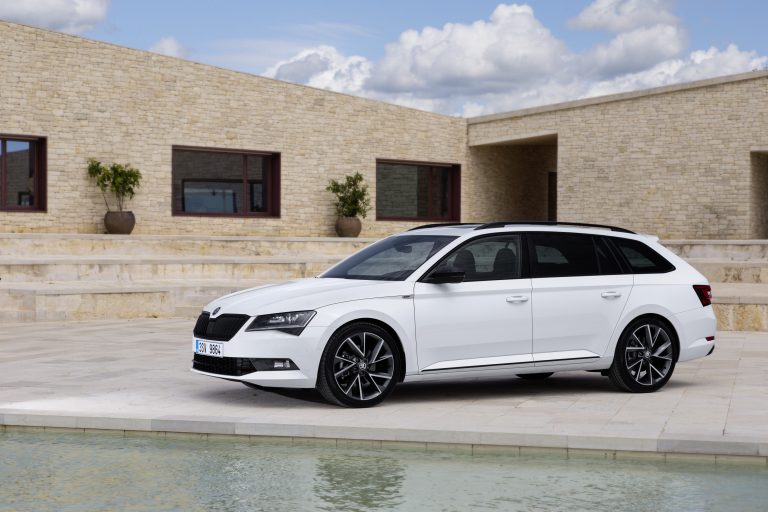 160819 ŠKODA mobilizes the Tour of Spain ‘Vuelta’ as official partner 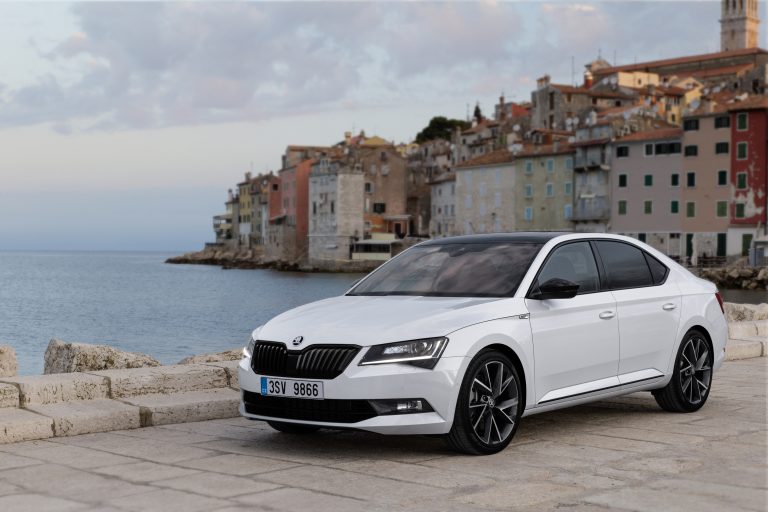