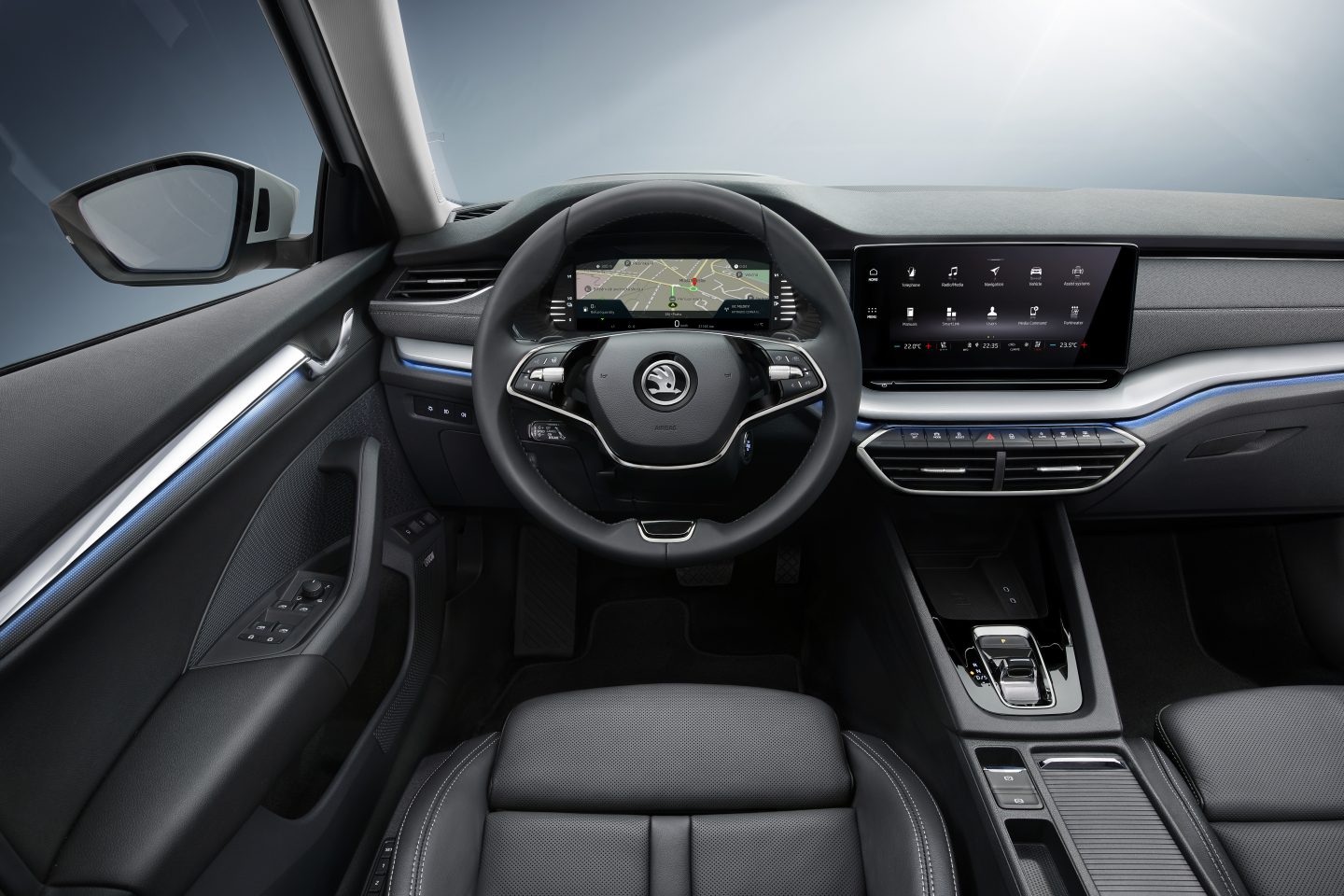 Mladá Boleslav, 19 June 2020 – The driver gets into their ŠKODA OCTAVIA and is welcomed by name on the central 10-inch display. Their smartphone automatically and wirelessly connects to the infotainment system. The driver’s seat moves electrically to the preferred position, and the exterior mirrors adjust themselves. The Climatronic already knows the preferred temperature, and the desired radio station can be set with a simple swiping gesture. The driver tells the ŠKODA digital assistant Laura where they want to go, and the navigation system calculates the optimal route to the destination online. Just a few years ago this scenario would have been almost unimaginable but is now reality with the third-generation modular infotainment systems in the OCTAVIA – and these systems are as intuitive to use as a smartphone. Also, the driver can customise and split the screen according to their preferences and configure the home screen with the most important functions.

In less than a decade, the smartphone has revolutionised the way mobile phones are used. Nowadays, hardly anyone misses the classic keyboard; touching, swiping and scrolling are intuitive, and the increasingly popular voice control makes using one even easier. ŠKODA has now consistently transferred these operating concepts to the new OCTAVIA’s infotainment systems and incorporated the intuitive operation of a smartphone and the possibilities of new voice assistants into the model.

Reiner Katzwinkel, Head of Development of Electrics and Electronics at ŠKODA AUTO, says: “The new OCTAVIA is now even more digital and networked and has never been easier to operate. The fourth generation of our bestseller has a completely new infotainment system that ŠKODA is using for the first time on this scale. Compared to the previous generation, the technology and operability of the system, as well as its range of functions, are a big change, making driving even safer and more comfortable.”

Easy customisation of the 10-inch central display
The heart of the Columbus, Swing and Bolero (by end of 2020) infotainment systems in the new OCTAVIA is the free-standing central display with a screen diagonal of 10 inches – the largest ever in a ŠKODA model. With its glass surface and clean design, it is similar to the latest smartphones and tablets. Just as with these mobile devices, the OCTAVIA enables the driver to customise, split and assign the most important functions to the home screen. Individual elements can be moved and rearranged by touch, in the same way as you can on a smartphone. A simple swipe gesture or short voice command is sufficient to switch between individual windows or radio stations.

To adjust the volume, either the control buttons on the steering wheel or the new innovative touch slider can be used directly. This is positioned in front of the lower edge of the central display in such a way that it can be found immediately in the dark or without looking. One finger is used to adjust the volume, and two fingers are used to change the size of the navigation map in the navigation menu. For the first time, the Columbus infotainment system can now display a different zoom resolution than the map in the Virtual Cockpit. Alternatively, the map section in the central display can be made bigger or smaller using a zoom gesture with two fingers directly on the glass surface.

The touch slider, as well as buttons and rotary controls on the multifunction steering wheel and the intelligent ŠKODA digital assistant Laura, help to ensure that OCTAVIA drivers rarely need to take their eyes off the road to operate the infotainment functions. The first-ever head-up display in a ŠKODA, which is available as an option for the OCTAVIA, also contributes to this. It projects data such as speed, navigation instructions, recognised traffic signs or activated driver assistance systems onto the windscreen directly in the driver’s field of vision, allowing them to concentrate on the road ahead.

“The new OCTAVIA’s infotainment systems offer the user a wealth of personalisation and operation options never before seen in the heart of our brand. Thanks to the intuitive new systematics of our infotainment solutions, people can quickly find their way around and no longer want to be without its advantages and conveniences in everyday life,” adds Reiner Katzwinkel.

Wireless SmartLink technology: the clever smartphone connectivity solution
The new OCTAVIA’s Columbus, Swing and Bolero (by end of 2020) infotainment systems use wireless SmartLink technology to connect to your Apple iOS or Android smartphone. After one-time pairing, the mobile device automatically connects when entering the vehicle. The optional Phone Box also enables inductive smartphone charging and connects the phone to the vehicle’s external antenna. Via Android Auto, Apple CarPlay and MirrorLink™, selected smartphone apps can be operated via the central vehicle display.

Advanced climate control settings that go beyond Laura’s adjustable temperature selection can also be conveniently set via the central display.  The clearly arranged menu can also be accessed directly by pressing a button in the centre console. In addition, further shortcut keys can be used to activate the maximum fan speed for the windscreen and switch on the rear window heating.

The OCTAVIA stores all infotainment-system and air-conditioning presets, as well as the adjustment of the driver’s seat and the outside mirrors, in the ŠKODA cloud as soon as the driver’s ŠKODA Connect account is activated in the vehicle. The preferences of up to 14 individual users can be stored or transferred to another ŠKODA model that is also equipped with the latest generation infotainment system. 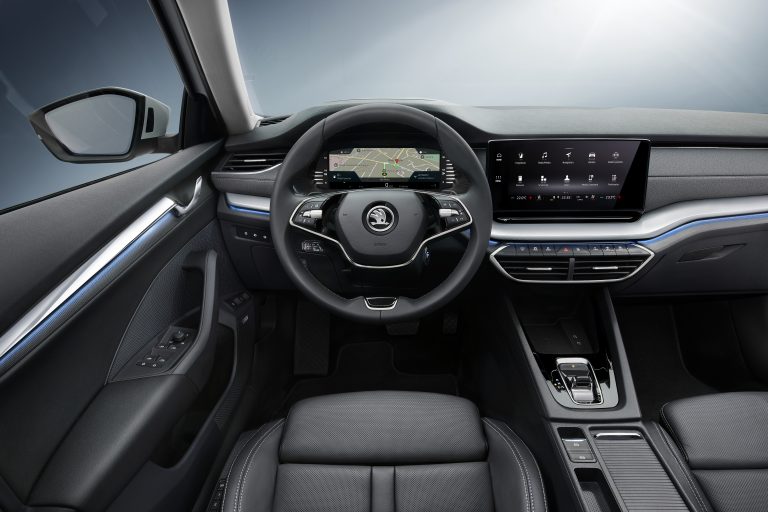 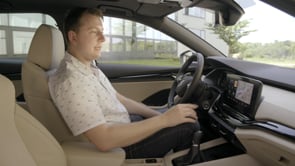 Digital, networked and intuitive to use: The ŠKODA OCTAVIA’s infotainment systems