Mladá Boleslav, 15 June 2017 – ŠKODA has produced the 500,000th third-generation FABIA in Mladá Boleslav today. At the same time, the manufacturer is celebrating another milestone: the four millionth ŠKODA FABIA since the series debuted in 1999. The jubilee vehicle is a ŠKODA FABIA COMBI with a 1.0 TSI petrol engine and an automatic DSG transmission in the colour moon-white. With 91,400 deliveries in the first five months of 2017, the popular small car is currently ranked second on the ŠKODA bestseller list behind the OCTAVIA. 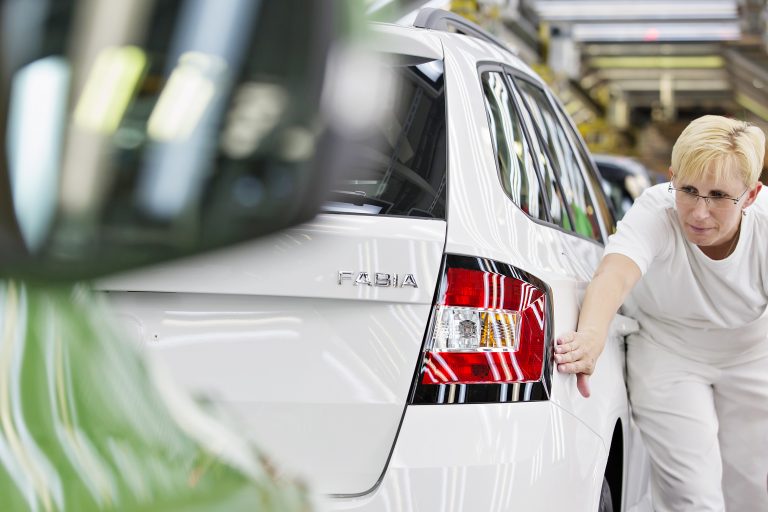 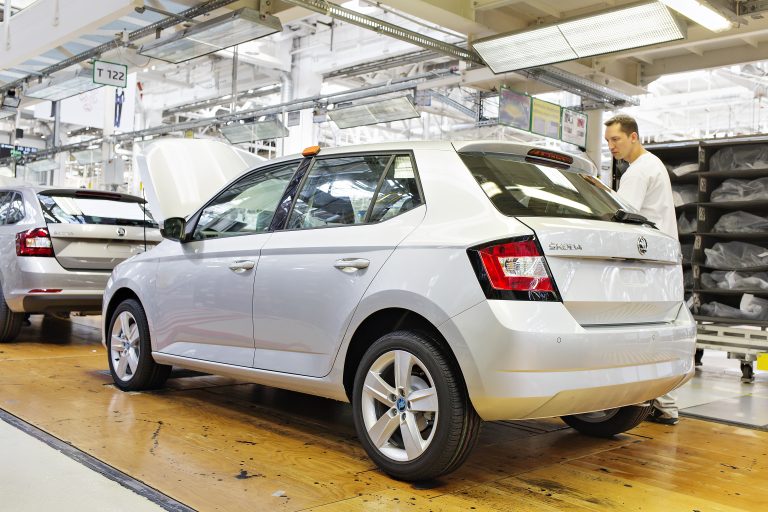 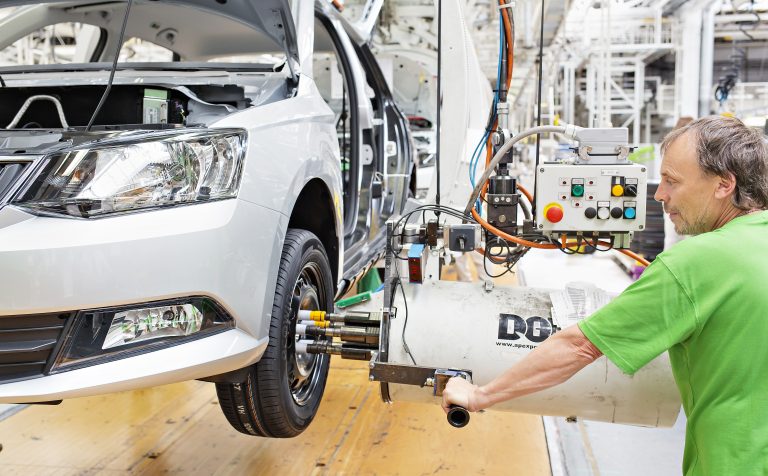 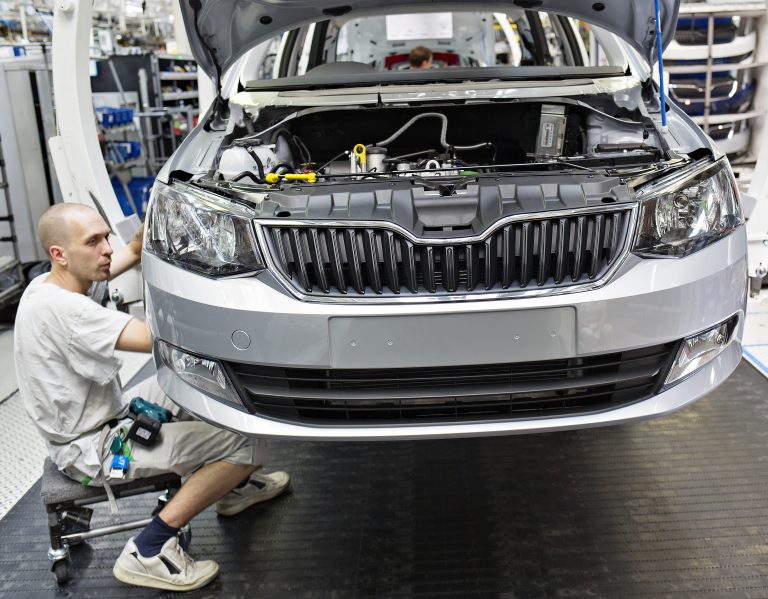 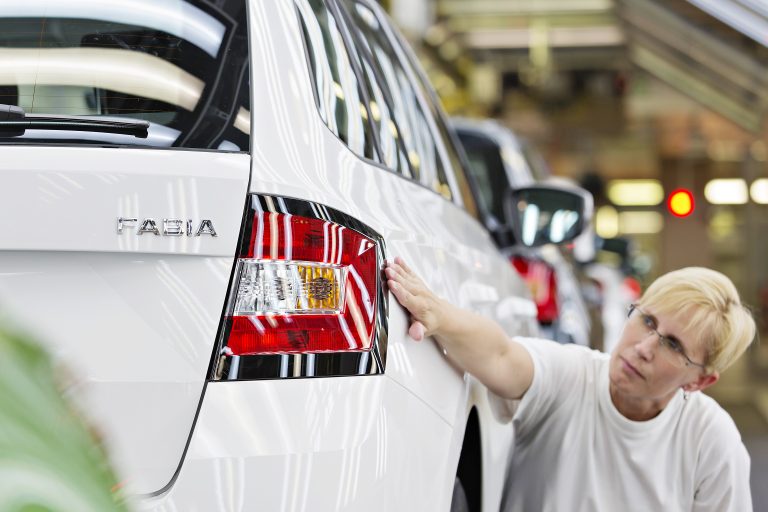 “Today, we can be doubly proud. 500,000 third-generation FABIAs built and four million FABIAs produced in total are powerful testimonies of ŠKODA’s high production quality,” says Michael Oeljeklaus, ŠKODA Board Member for Production and Logistics. “Since 1999, the small car has been one of the key players in our model portfolio and has won over customers around the world. Each of the three generations has characterised the development of the brand, featuring the latest technologies and exceptional space for outstanding value for money, complemented with attractive designs and superior technologies for safety and comfort. Now more than ever, the FABIA is a crucial driver of our dynamic growth.”

Where it all began: the first ŠKODA FABIA – 1999 to 2007
Shortly before the turn of the millennium, the first ŠKODA FABIA celebrated its premiere at the IAA in Frankfurt in 1999. It was based on Volkswagen’s A0 platform and, at that time, set standards in handling, safety and engine technology. As a typical ŠKODA, the FABIA scored with lots of space. At the Paris Motor Show in autumn 2000, the brand introduced the first ŠKODA FABIA COMBI. The ŠKODA FABIA RS made its debut in March 2003. Around 1,790,000 ŠKODA FABIAs of the first generation ran off the production line.

The second-generation ŠKODA FABIA – 2007 to 2014
The ŠKODA FABIA II entered the spotlight at the Geneva Motor Show. The second generation offered even more space with compact dimensions. ŠKODA expanded the engine range to include more efficient powertrains, and equipped the small car with new comfort and safety features. ŠKODA first presented the FABIA COMBI in September 2007 at the IAA in Frankfurt. It set new standards in technology and functionality, and the amount of room also increased. The boot volume grew by 235 litres compared to its predecessor.

Rugged exterior with distinctive design elements – this is how ŠKODA presented the FABIA SCOUT, which was also available as an estate, in 2009. With the first ŠKODA FABIA MONTE CARLO, motorsport DNA entered the popular small car. This model completed the model range in 2011, featuring a black roof, black alloy wheels, tinted rear and side windows and other expressive design elements. The production of the second-generation FABIA ended in June 2014 after approximately 1,710,000 cars.

All good things come in threes: ŠKODA FABIA III – 2014 to today
In 2014 the Czech manufacturer wrote another successful chapter in the history of this series with the third generation of the ŠKODA FABIA. To date, exactly 500,000 vehicles have left the production line. The FABIA III presents a sharp, dynamic and emotive design language. The sporty proportions skilfully allude to ŠKODA’s successful rally cars. With its excellent space offer for this vehicle class, and innovative safety, comfort and infotainment systems, the third ŠKODA FABIA sets the benchmark in the small car segment. As a typical ŠKODA, the onboard equipment features many ‘Simply Clever’ details: the umbrella under the passenger seat, the ice scraper in the fuel cap, the multimedia bracket in the centre console, nets on the backs of the front seats, as well as hi-viz vests and bottle holders.

In early 2017, ŠKODA returned to the Geneva Motor Show. The ŠKODA FABIA received a 1.0-TSI three-cylinder for the first time, providing more power with lower fuel consumption. The 70 kW (95 hp) and 81 kW (110 hp) powertrains now available replaced the 1.2-litre four-cylinder used previously. The revised small car is the first FABIA to feature the mobile online service ŠKODA Connect. With the advanced connectivity offer, FABIA drivers have the option of always being online. ŠKODA Connect includes the Care Connect services with assistance- and emergency-call functions. In addition, there are the online infotainment services, which include information on traffic, petrol stations, fuel prices and car parks. 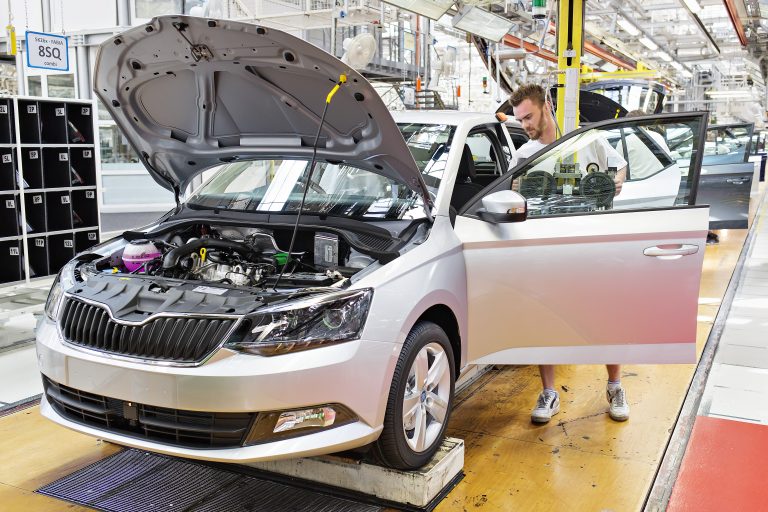