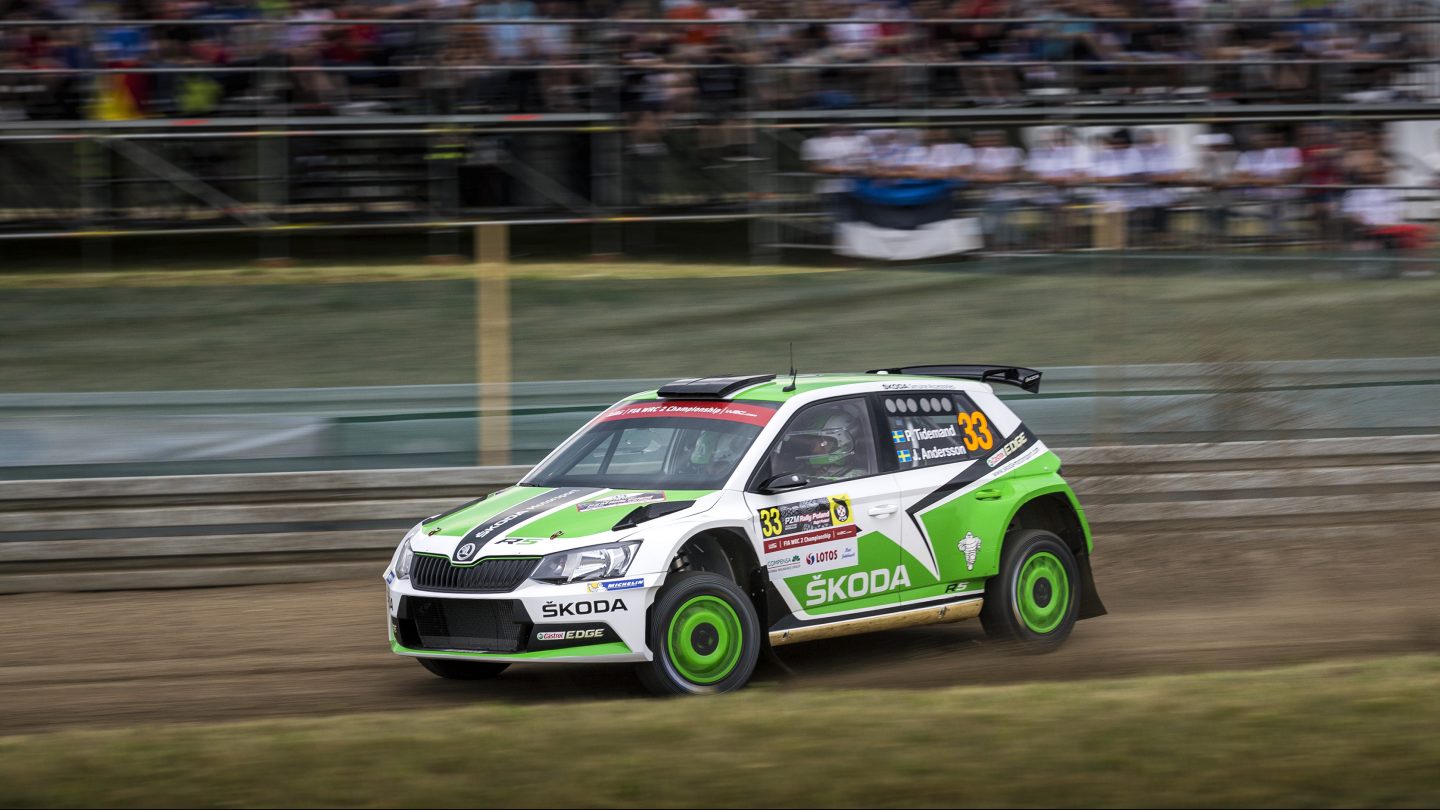 › Seven out of the top twelve: ŠKODA FABIA R5s dominate at the full-throttle show in the FIA World Rally Championship (WRC 2)
› “Flying Finns” Teemu Suninen/Mikko Markkula and Esapekka Lappi/Janne Ferm in dramatic battle for the lead – Pontus Tidemand/Jonas Andersson stopped in their tracks while ahead
› Lappi: “You can fly over the course in this car”

Mikolajki, 1 July 2016 – The ŠKODA drivers delivered a thrilling battle for first place, delighting thousands of fans at the start of the Rally Poland. After ten of 21 special stages, the lead is held by Teemu Suninen/Mikko Markkula, who are just 4.6 seconds ahead of the ŠKODA works duo Esapekka Lappi/Janne Ferm as the duel of the “flying Finns” continues into the final days of the rally. In one of the fastest races of the year in the FIA World Rally Championship (WRC 2), Pontus Tidemand/Jonas Andersson (S/S) held the lead for a long time, but the second ŠKODA works team was stopped in its tracks in the penultimate special stage. 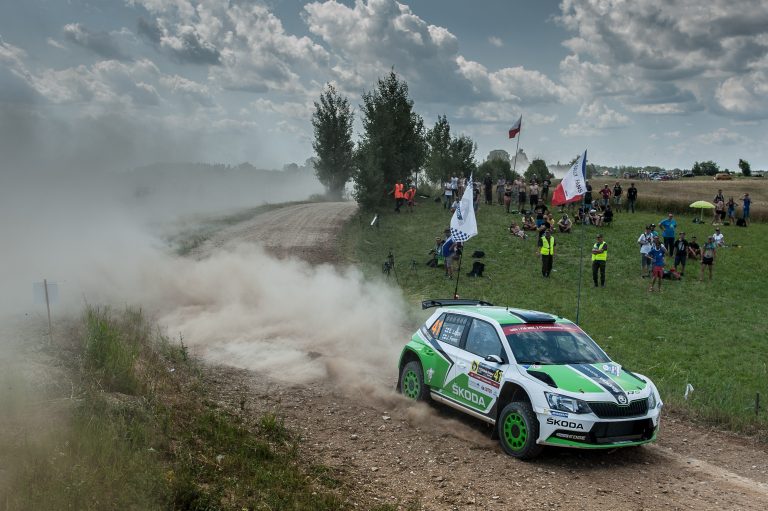 “It was just a fantastic fight with our ŠKODA colleagues. You can fly over the course in this car. It’s a shame that Pontus can no longer challenge for the win in Poland,” commented last year’s winner Esapekka Lappi. On Friday morning, Tidemand had recorded a fastest time to take the lead in the overall standings. The 25-year-old Swede had to be on top form in each of the fast gravel stages in the picturesque landscape of the Masurian Lakes, as his ŠKODA team-mates Teemu Suninen and Esapekka Lappi were also flying along at top speed. Tenths of a second were crucial in determining the winners of the nine special stages on Friday, and on one occasion Suninen and Tidemand produced a dead heat.

The Swedish driver came to an abrupt halt on the ninth special stage “Stare Juchy 2“, due to a problem with the ball joint on his front right wheel. “That is such bad luck and we are really disappointed. Everything was going so well up to that point, the car was working perfectly under these conditions. Now it’s up to another ŠKODA driver to get the win,” commented Tidemand. He will return to the rally for the final two days.

Dramatic scenes are guaranteed: with 121.92 kilometres already completed, Suninen and Lappi are only separated by a few seconds as they approach a further 184.18 stage kilometres on Saturday and Sunday. Lappi: “There is a long way to go in the rally and we still have every chance of repeating last year’s success.” One year ago, it was the fast Finn who had claimed the historic first win in the new ŠKODA FABIA R5 rally car. This year, the top twelve of the current rankings in the WRC 2 contain seven ŠKODA FABIA R5s. All nine best times on Friday were recorded by the high-tech four-wheel drive – further proof of the success of the project.

The number of the day for the Rally Poland: 0,0

0.0 seconds’ difference after 21.14 kilometres: the two ŠKODA drivers Pontus Tidemand and Teemu Suninen recorded exactly the same time on the “Swietajno 1” special stage. Both drivers completed the distance in 10:22.4 minutes as they were crowned joint winners of this special stage in the WRC 2. They both achieved a spectacular average speed: 122.28 kilometeres per hour. On his second run, Suninen was fastest with 124.25 kilometres per hour.