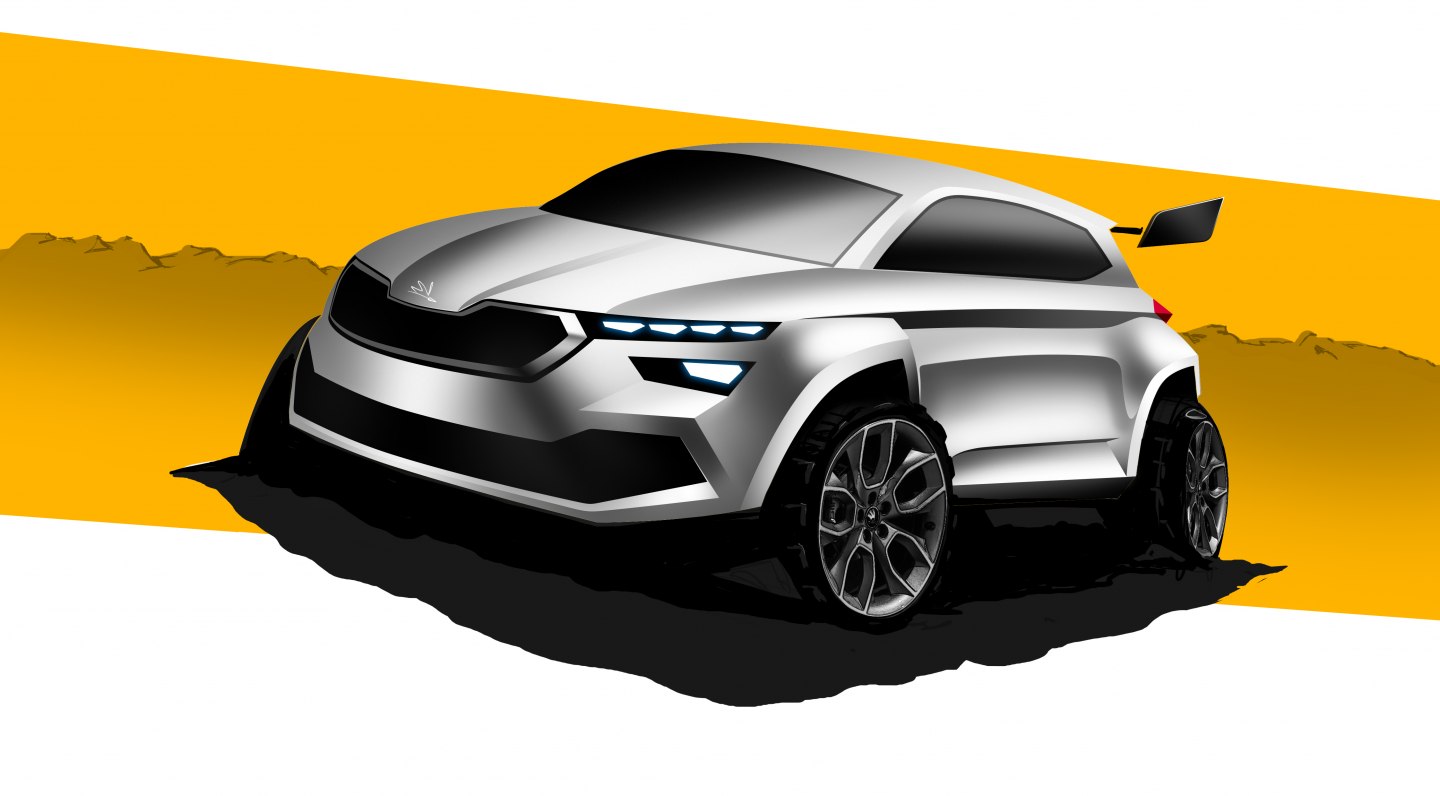 › This year, 25 Vocational School students are developing a rally version of the ŠKODA KAMIQ city SUV
› Apprentices create the first sketches of their dream car in the ŠKODA Design department
› Annual ŠKODA Academy project collaborates with ŠKODA Motorsport for the first time

Mladá Boleslav, 25 October 2021 – The eighth ŠKODA Student Car is taking shape. After experiencing delays due to the COVID-19 pandemic, 25 apprentices from the ŠKODA Vocational School have now started work on their project to build a rally version of the ŠKODA KAMIQ. During a visit to the ŠKODA Design department, the apprentices created the first sketches of their very own dream car, which they will develop and build themselves – from their initial ideas to the finished vehicle. This is the first time that the ŠKODA Academy project will be collaborating with ŠKODA Motorsport. Another first this year is for the ŠKODA KAMIQ, which will be making its debut as a Student Car.

Altogether, 25 apprentices from the ŠKODA Vocational School are taking part in this year’s ŠKODA Student Car project, which is celebrating two premieres in its eighth run. After deciding to build a rally version of the ŠKODA KAMIQ, the students are now collaborating with ŠKODA Motorsport for the first time in the history of the Student Car project. Another first is the choice of the compact city SUV KAMIQ as the basis for this year’s concept car. In keeping with tradition, the young talents will receive support from engineers and experienced employees from the Technical Development, Design and Production departments at ŠKODA’s headquarters in Mladá Boleslav.

In the ŠKODA Design department, the vocational students started off by producing the first drafts and sketches of their dream car with great enthusiasm and creativity. They were supported in this by Oliver Stefani, Head of ŠKODA Design, and his team. “The rally version of the KAMIQ posed unique challenges for the apprentices’ creativity. They put a lot of great ideas on paper and into the project,” Stefani emphasised.

Jiří Hadaščok, Exterior Design Coordinator at ŠKODA AUTO gave the vocational students valuable tips, as did his colleagues: “The students have done an excellent job. The designs reflect their creativity and great passion for the project,” he says. Apprentice Adéla Nešněrová is also excited, “Our visit to ŠKODA Design was great; we got valuable advice from the experienced designers, plus our dream car is really coming together thanks to their support.”

The vocational students produced exterior and interior sketches of the next ŠKODA Student Car. The design depicts a vehicle with a distinct racing character, with experts from ŠKODA Motorsport also supporting the apprentices in its development. This first-ever collaboration as part of the Student Car project marks the 120th anniversary of ŠKODA Motorsport and pays homage to the Czech brand’s many racing successes.

Every year since 2014, students at the ŠKODA Vocational School in Mladá Boleslav have had the opportunity to plan, develop and build a spectacular concept vehicle. The first vehicle was the CITIJET, based on the ŠKODA CITIGO. This was followed a year later by the FUNSTAR, a ŠKODA FABIA pick-up. In 2016, the ATERO coupé was modelled on the RAPID SPACEBACK. In 2017, the CITIGO again inspired the design of the electric ELEMENT. In 2018, the students designed the SUNROQ, a convertible version of the SUV KAROQ, followed a year later by the spectacular pick-up study MOUNTIAQ based on the ŠKODA KODIAQ. For Student Car number seven, the apprentices chose a SCALA for the first time. In the company’s anniversary year, they transformed the compact model into the emotive SLAVIA Spider, commemorating the company’s founding in 1895. True to ŠKODA’s ‘Simply Clever’ ethos, the Student Cars are not only spectacular concepts but also feature innovative details. The SUNROQ and MOUNTIAQ were on show in 2020 as part of a special exhibition at the ŠKODA Pavilion at the Autostadt in Wolfsburg.

The Student Car project at the ŠKODA Vocational School in Mladá Boleslav is a unique initiative in the Czech Republic and offers the specialists of tomorrow the chance to put their skills to the test in collaboration with Production, Design and other departments. This gives the apprentices an insight into all the relevant areas of the company. They learn to work on projects as part of a team, combine planning and practical implementation, and present their work to members of the Board of Management. The annual Student Car is one of the most important projects for the ŠKODA Academy and impressively demonstrates the high quality of training at the Vocational School in Mladá Boleslav, which was founded in 1927. 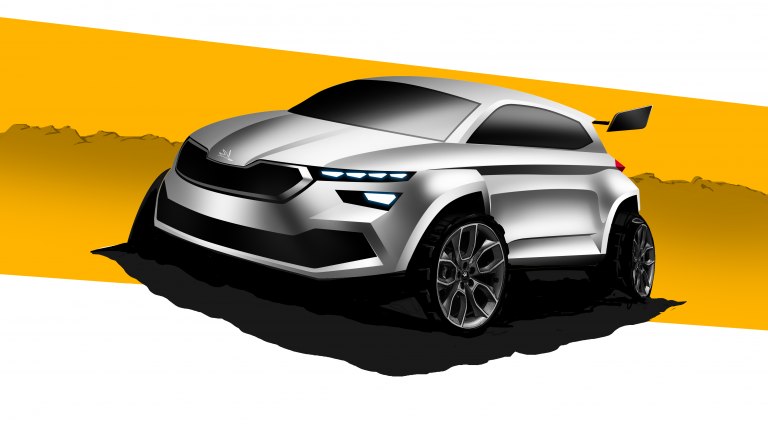 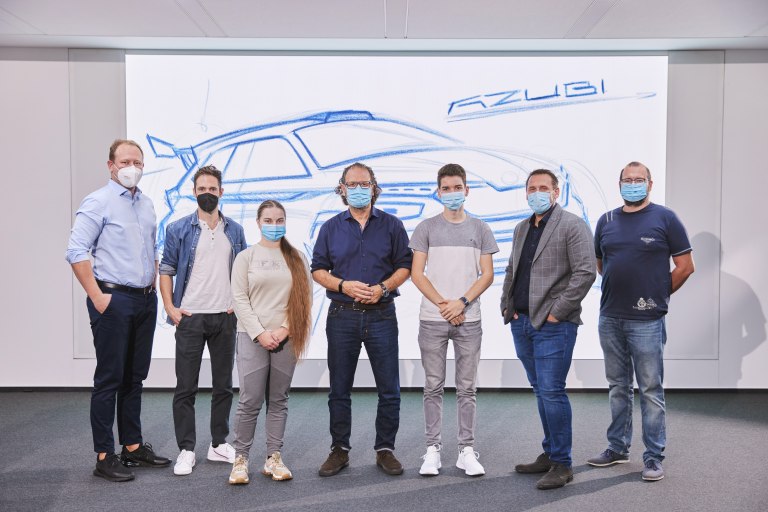 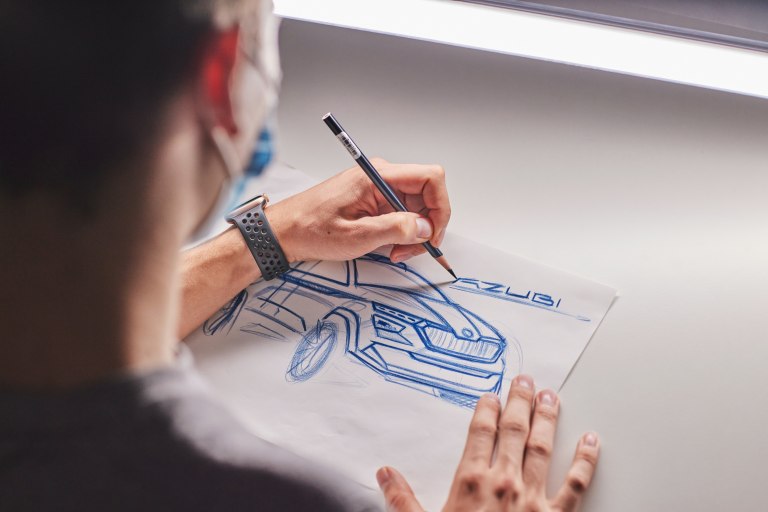 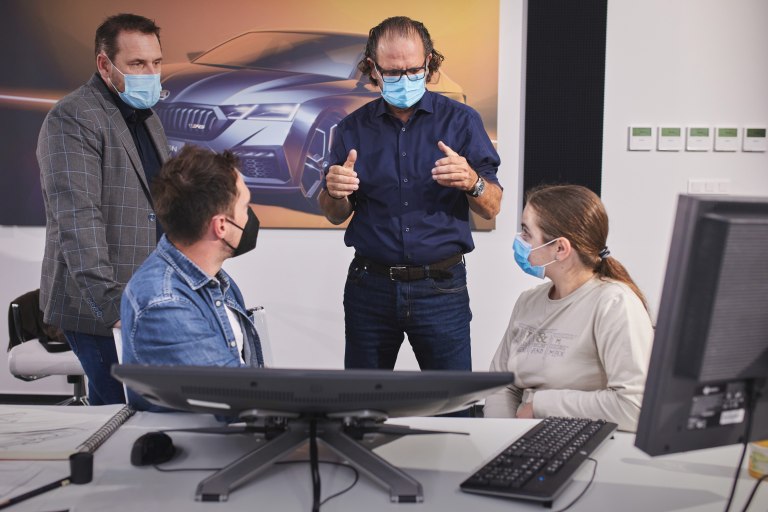 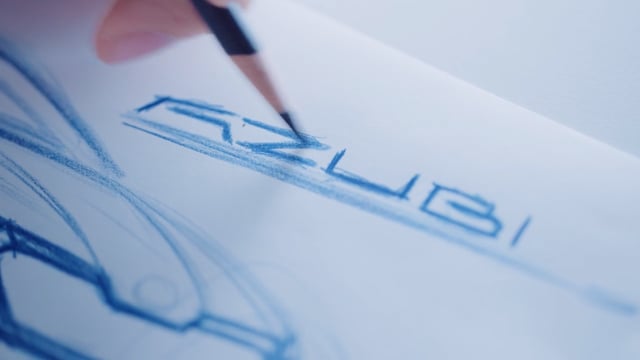 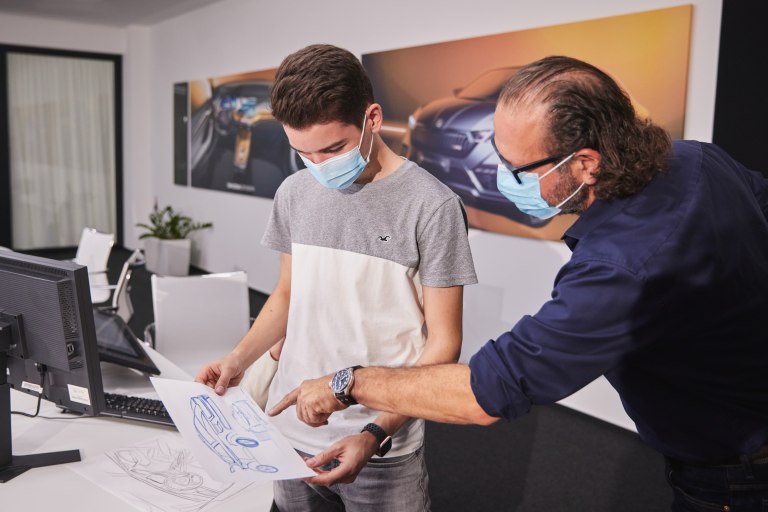